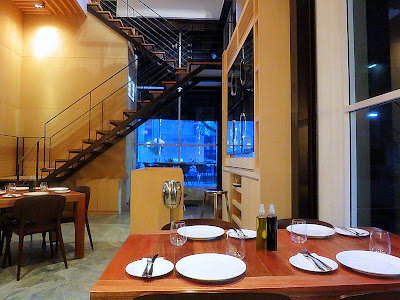 Here's more from the menu of Mediteca, officially opening next week (only four more days!).
Earlier entry on Mediteca: August 3, 2012. 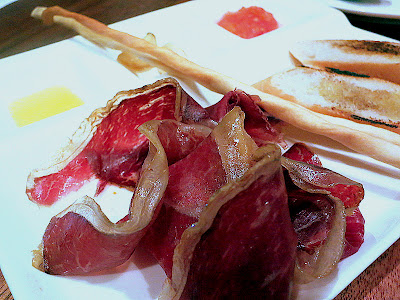 Can't call it a Spanish meal without some sort of ham, right? Mediteca has ruled out pork, so it's the beef version here, 120-day dry-aged and served with garlic, tomatoes and rustic bread. 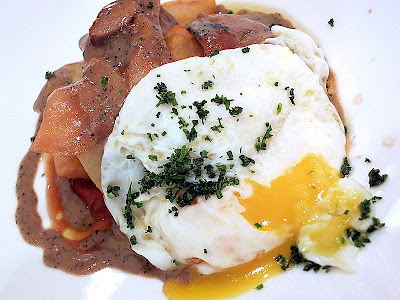 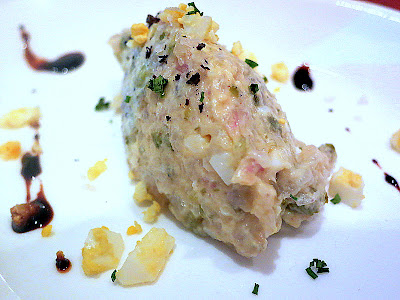 Fans of steak tartare might like to sample Mediteca's seabass tartare, a brilliant, briny riff on the raw classic. 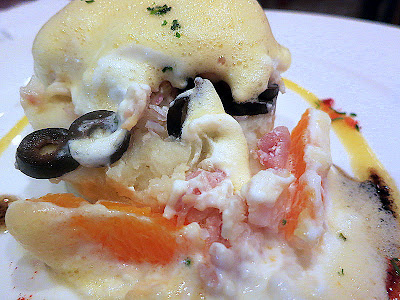 Chef Manuel Lopez pays homage to his Andalusian heritage with this revised version of the Malaga salad, whipped up with cod fish, oranges, potatoes, onions, black olives and yogurt. What sounds like an eccentric mishmash of components works well, ultimately. 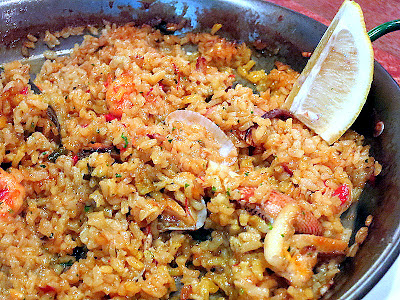 Of course, there's paella too, a wet, richly aromatic pan of it, made hearty with much seafood. 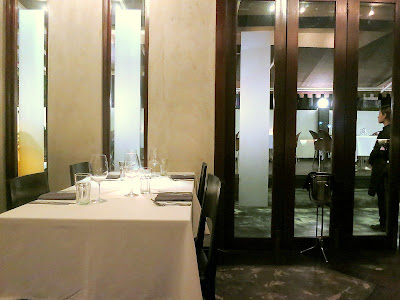 We're saving Mediteca's desserts (it's a fairly short list) for future visits; for now, a look at what's sweetening the scene nearby at Nerovivo, managed by the company that owns Mediteca. 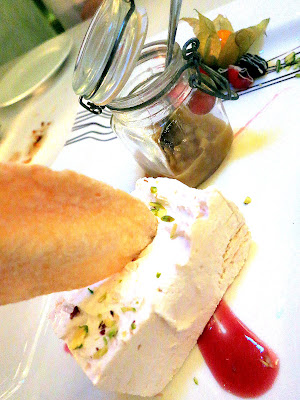 Nerovivo's inventive temptations include a Marsala semifreddo with caramelized pear. 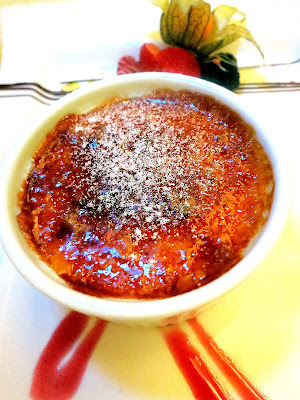 Nerovivo might be KL's only place for sampling a rosemary herb-tinged creme brulee. 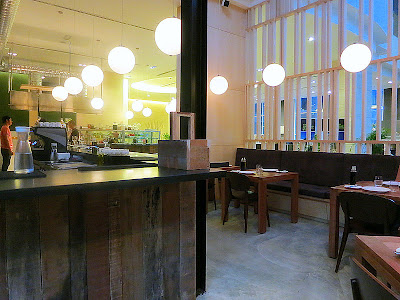