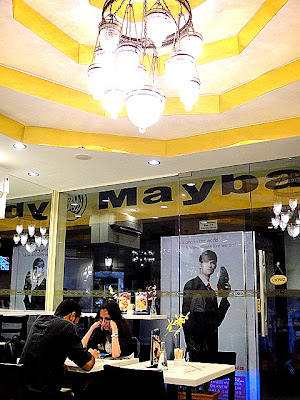 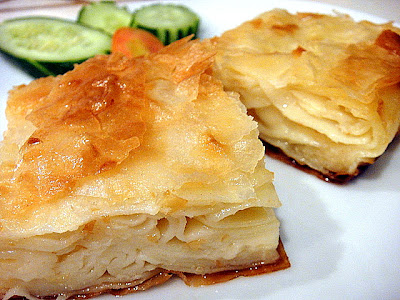 There's more to Mado than Turkish ice cream; savories here include "borek" _ traditional Ottoman pastries, like this baked one layered with cheese. Softer than lasagna sheets, as smooth as slippery spaghetti and subtly salty like buffalo mozzarella. 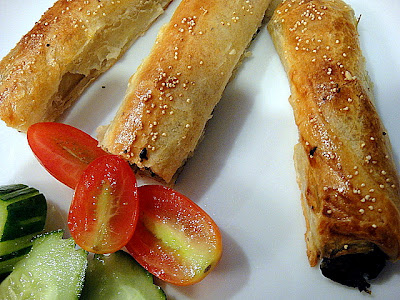 A fried, spinach-filled version of "burek." Works as finger food, fun to nibble on among friends. 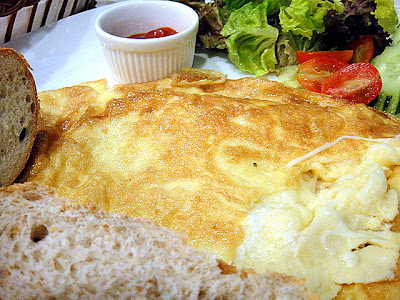 Omelets here are stuffed with Turkish cheeses too, making them milkier and creamier. 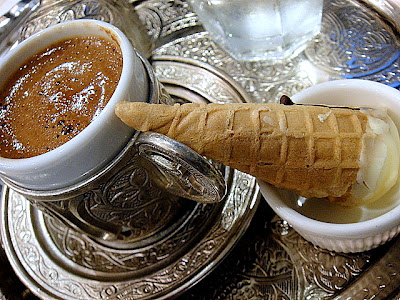 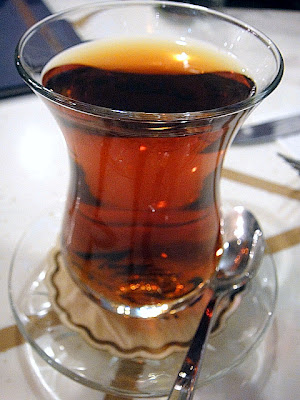 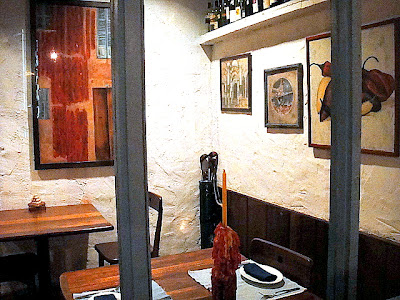 A five-minute walk from Mado, some might be surprised to see that Moussandra is still in business, following a management change sometime before KL Plaza turned into Fahrenheit 88. 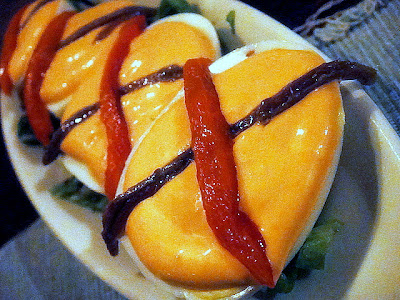 Despite the complete absence of any other customers on a recent weeknight, Moussandra's food tasted fresh and as fulfilling as before. Tapas are a treat here; try the hard-boiled eggs with anchovies and pimento mayonnaise. 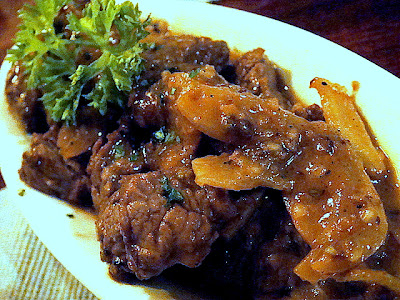 Rib-eye beef braised in red wine. Prices remain reasonable, substantially lower than La Bodega's and not much higher than Moussandra's circa-2000 heyday. 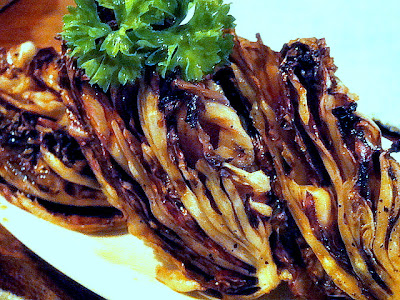 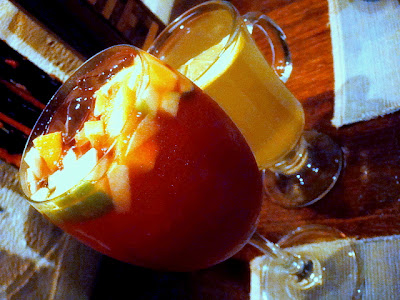 Hot and cold: lemon tea and Sangria, pretty much as good as any other in KL. 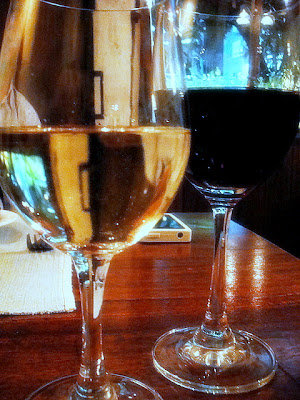 Mado Ice Cream Cafe and Moussandra Mediterranean Restaurant,
Jalan Bukit Bintang, Kuala Lumpur.
(Mado is at the intersection of Bukit Bintang and Sultan Ismail, at Sg Wang's corner)
Find us on Find us on