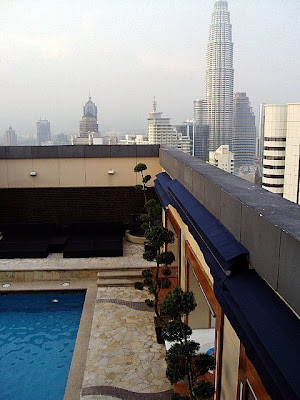 He had found a Nutri-matic machine which had provided him with a plastic cup filled with a liquid that was almost, but not quite, entirely like tea.

It tasted terrible, so he threw it away and went to Luna Bar for a REAL drink and a ravishing view from Pacific Regency's 33rd floor. 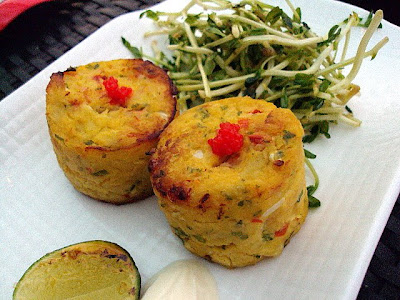 He had heard that this place serves decent grub, so he ordered some lobster & king crab cakes with seaweed vinaigrette on marinated sprouts and caramelized lime. They tasted more like potato cakes than crab cakes, but were nevertheless scrumptious. 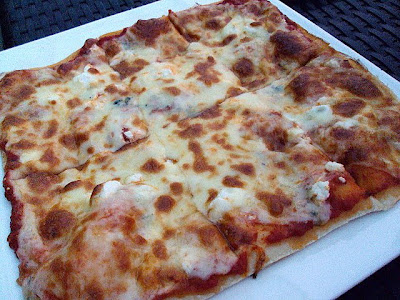 His stomach was still growling, so he threw caution to the wind and asked for a four-cheese pizza topped with goat cheese, greek feta, blue cheese & mozzarella.
It was wonderful too, but he suffered instant remorse. In order to burn off these calories, he would have needed to hike up the stairs to Luna Bar at least three dozen times. 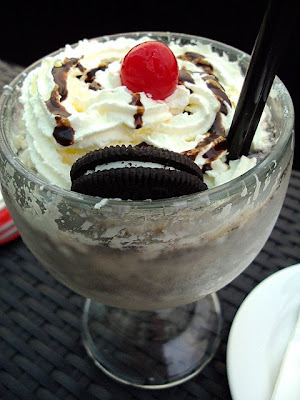 The Frozen Space Cookie cocktail was a must-order, since its name reminded him of his voyage from his icy home planet, Neptune, to globally-warmed Earth. But the humongous concoction of vodka, coffee liqueur, butterscotch, baileys, oreo & whipped cream nearly gave him brain-freeze. 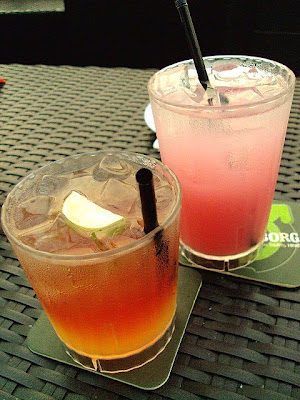 The other signature cocktail here was the Luna Electic (vodka, red bull, cranberry juice, sweet & sour mix), but he also ordered pink guava juice so that he wouldn't seem too much like an alcoholic. 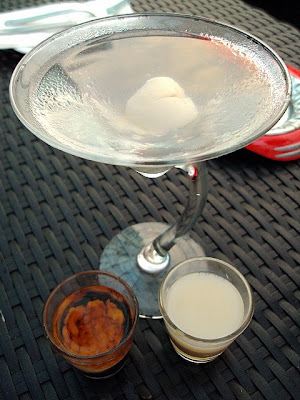 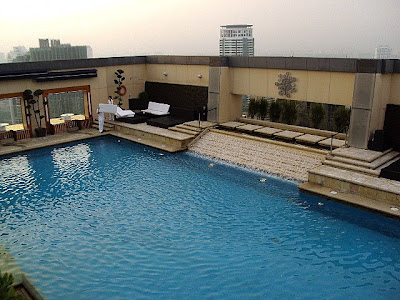 As he left, he looked back and hollered to the waiters, "So long, and thanks for all the fish!" Three dolphins leaped out of the pool, then vanished without a trace. 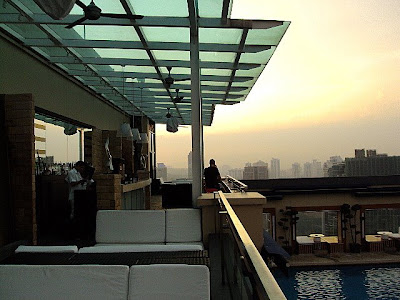 No, I did not write this entry while drunk. Cumi & Ciki tagged me in a game that FBB can explain.
The next victim is thenomadGourmand, who MUST begin her next post with this sentence:
"After I recovered from two weeks of acute continuous diarrhoea caused by eating a rotten fish head, I threw out my leftover adult diapers and wondered where I could have a hygienic meal."

Pacific Regency Hotel.
Find us on Find us on