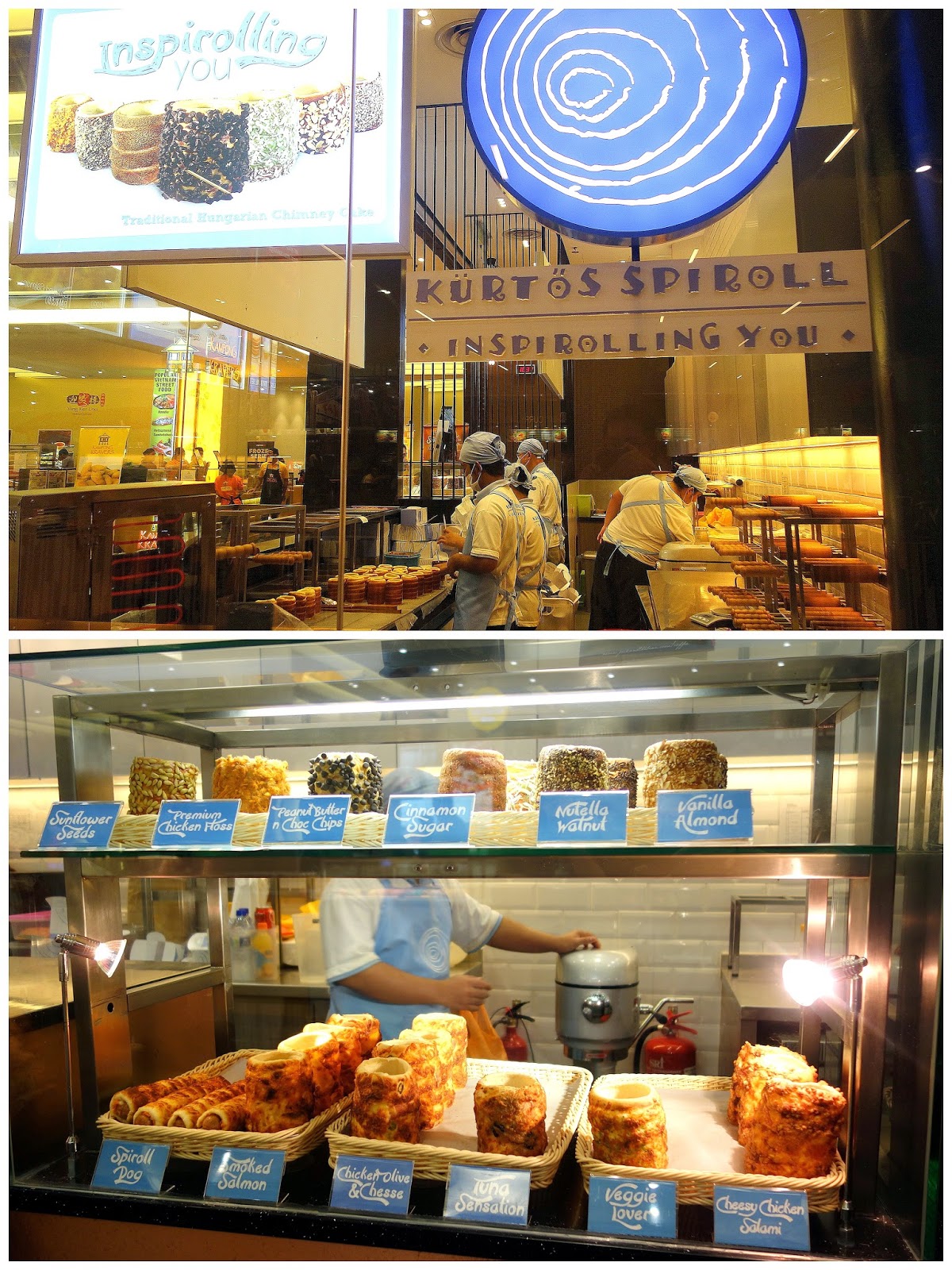 Pavilion is packed with snack-serving places, but one spot in particular stands out for us: Kurtos Spiroll, which specialises uniquely in kÃ¼rtÅ‘skalÃ¡cs, the traditional Hungarian 'chimney cake' delicacy that deserves to become better known in Malaysia. 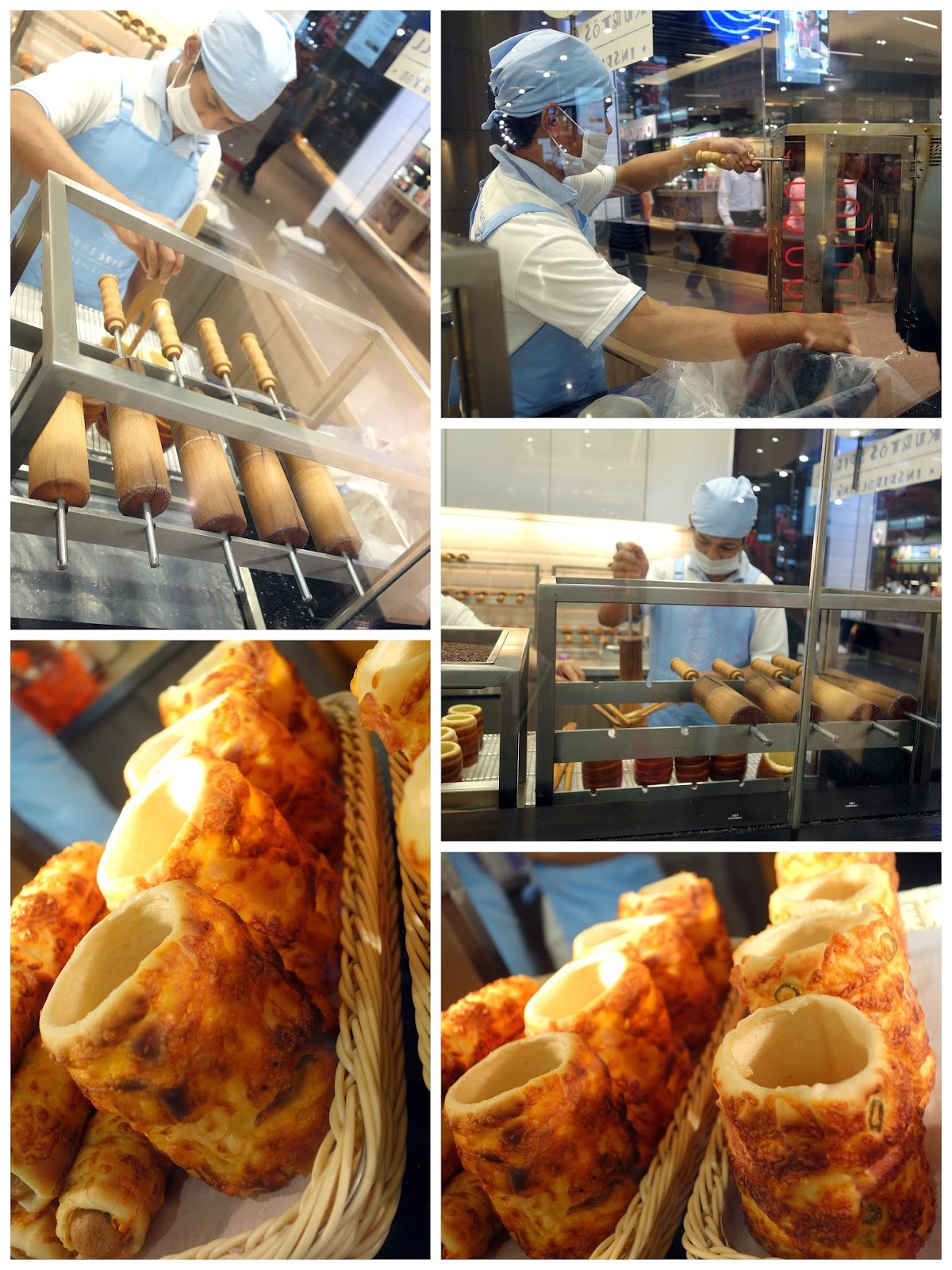 Kurtos Spiroll was originally launched in Penang by three Malaysian entrepreneurs - Gun, Lim & Ernie - who became intrigued by kÃ¼rtÅ‘skalÃ¡cs, with its centuries-old history (the first known recipe originated in Transylvania in a 1784 countess' cookbook), its traditions (the pastry is popular for weddings & special occasions) & its sheer tastiness (which we can absolutely attest to). 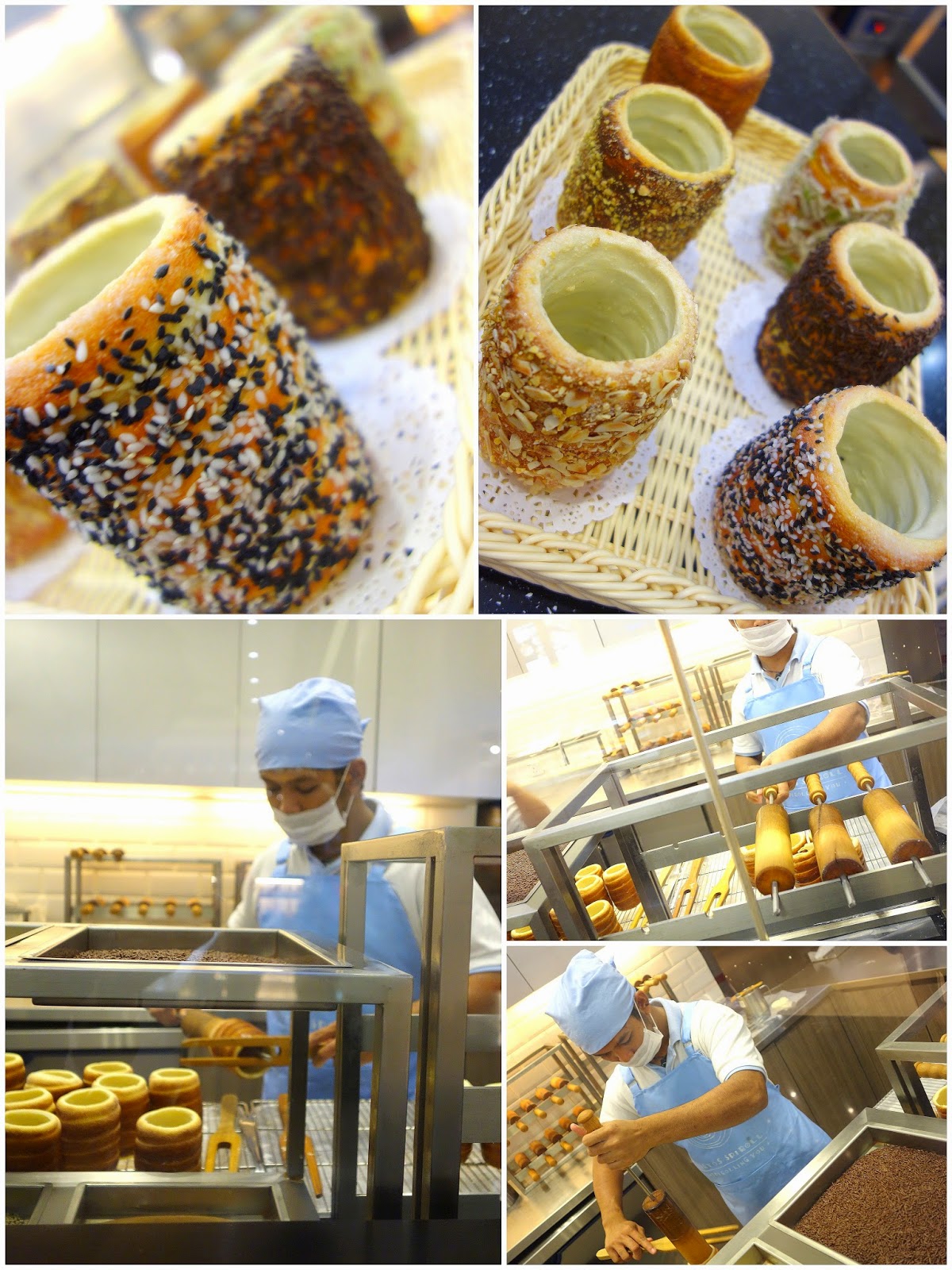 Gun, Lim & Ernie took no short-cuts in making sure their product is top-notch - the trio established contact with makers of kÃ¼rtÅ‘skalÃ¡cs in Eastern Europe to ensure their recipe & preparation methods proved authentic, taking a year before launching the first Kurtos Spiroll in Penang's Queensbay Mall in February 2013. Another outpost at Gurney Paragon Mall followed five months later, while KL finally welcomed Kurtos Spiroll at Pavilion this year. Kurtos Spiroll's chimney cakes are handmade from scratch at their outlets - we visited at noon on a weekday & saw a team of workers busy baking with purpose-built ovens while customers were ordering. Every piece takes three hours to complete, from the kneading & rolling to the coiling & baking. 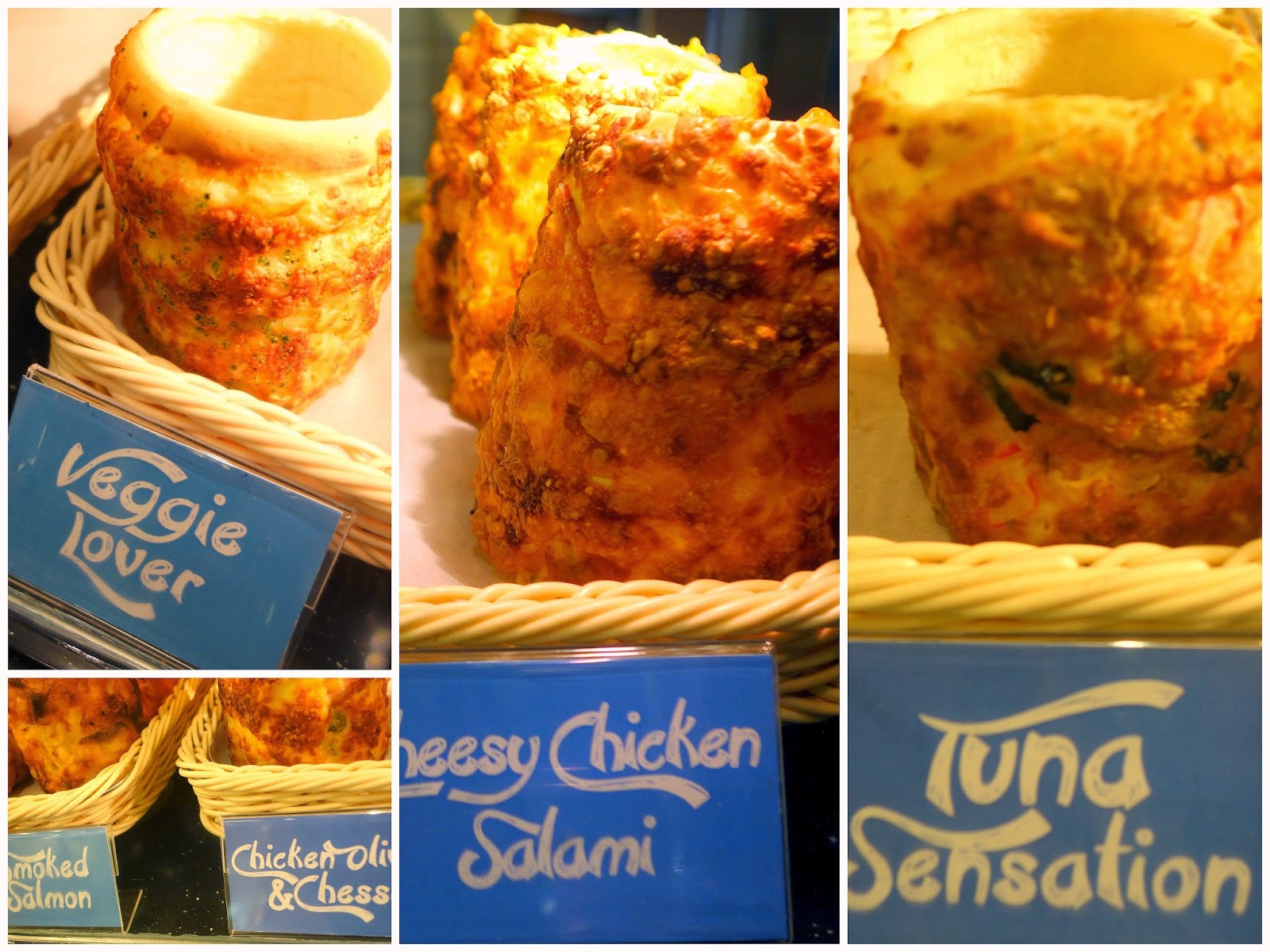 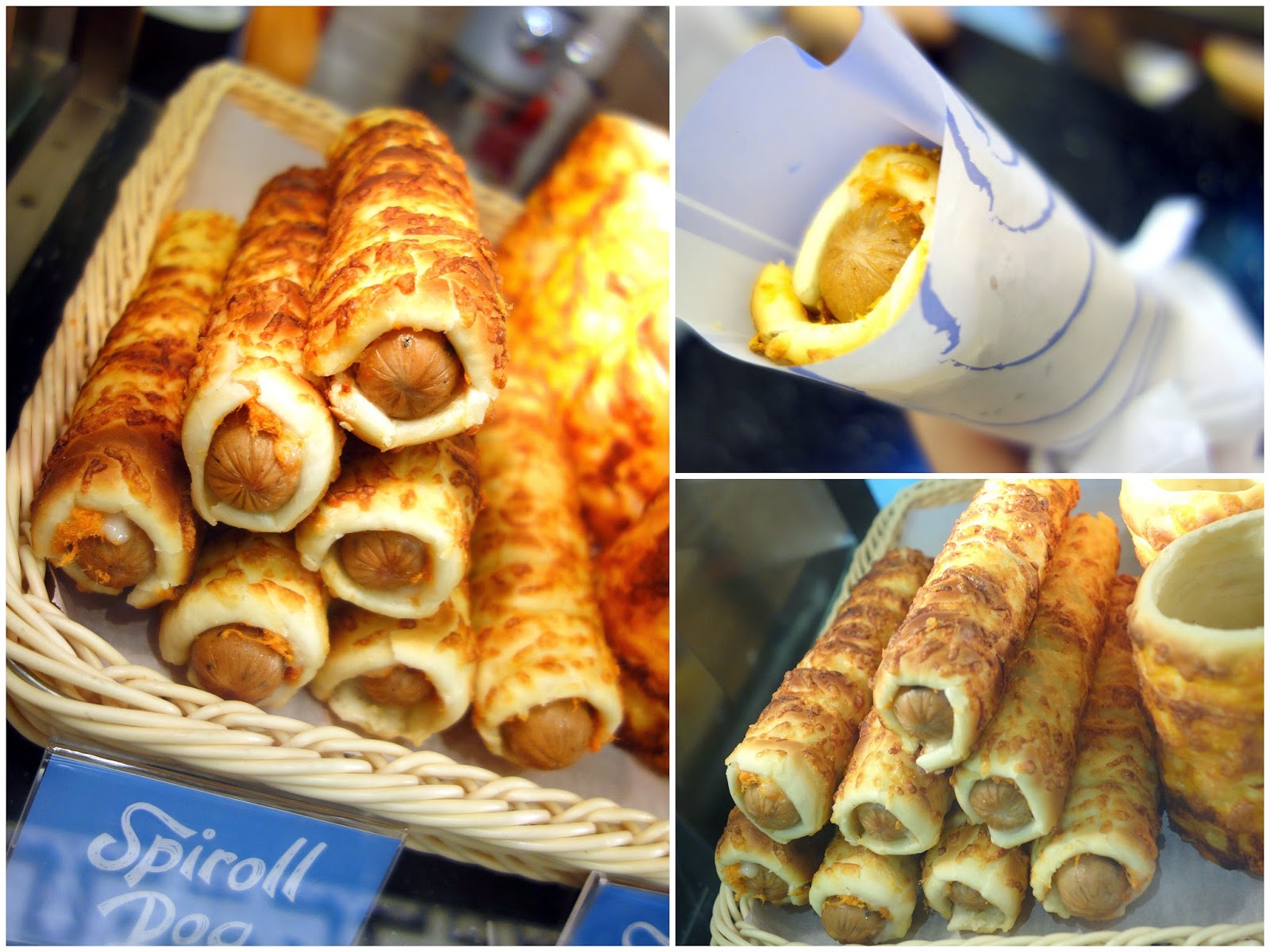 Our choice: The Spiroll Dog, with a chunky sausage encased within warm, wonderfully fresh-tasting pastry that strikes a delicious balance between being fluffy-soft & crispy-crunchy, with a lovely flavour that fans of bread & pastries will likely enjoy. 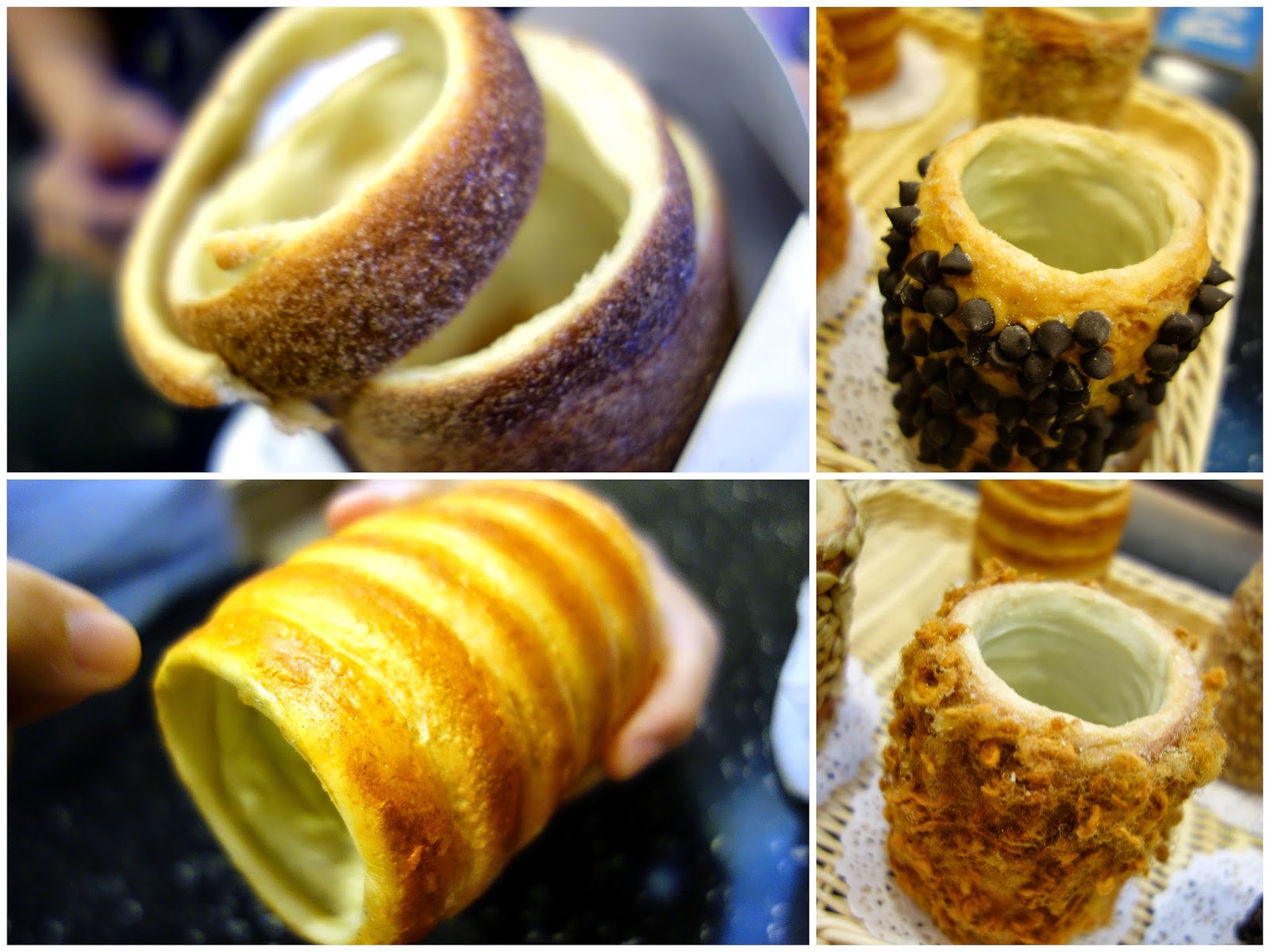 The 'Sweet Series' is equally enticing - Cinnamon Sugar (RM5.90) works for folks who want something simple but satisfying ... 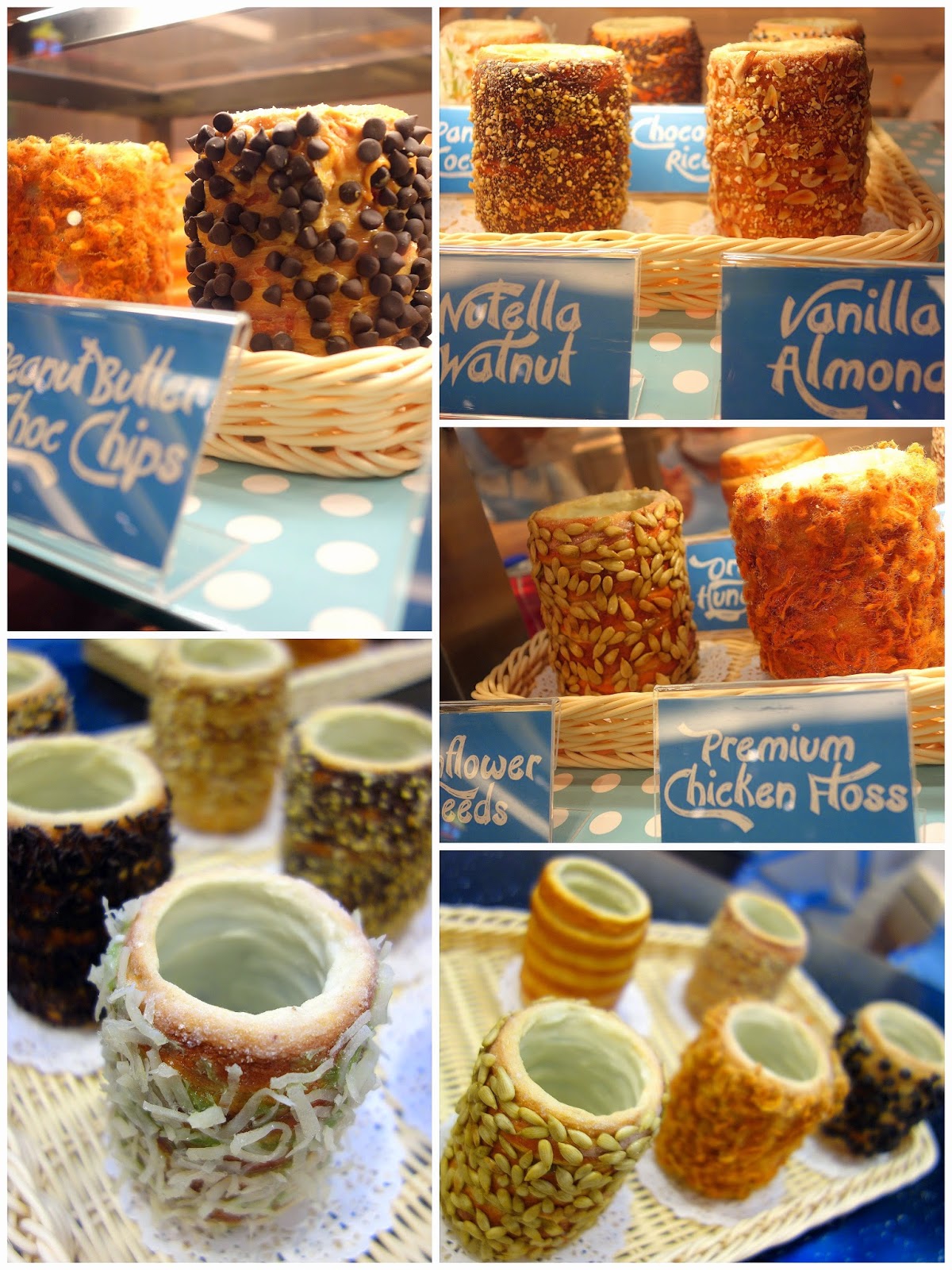 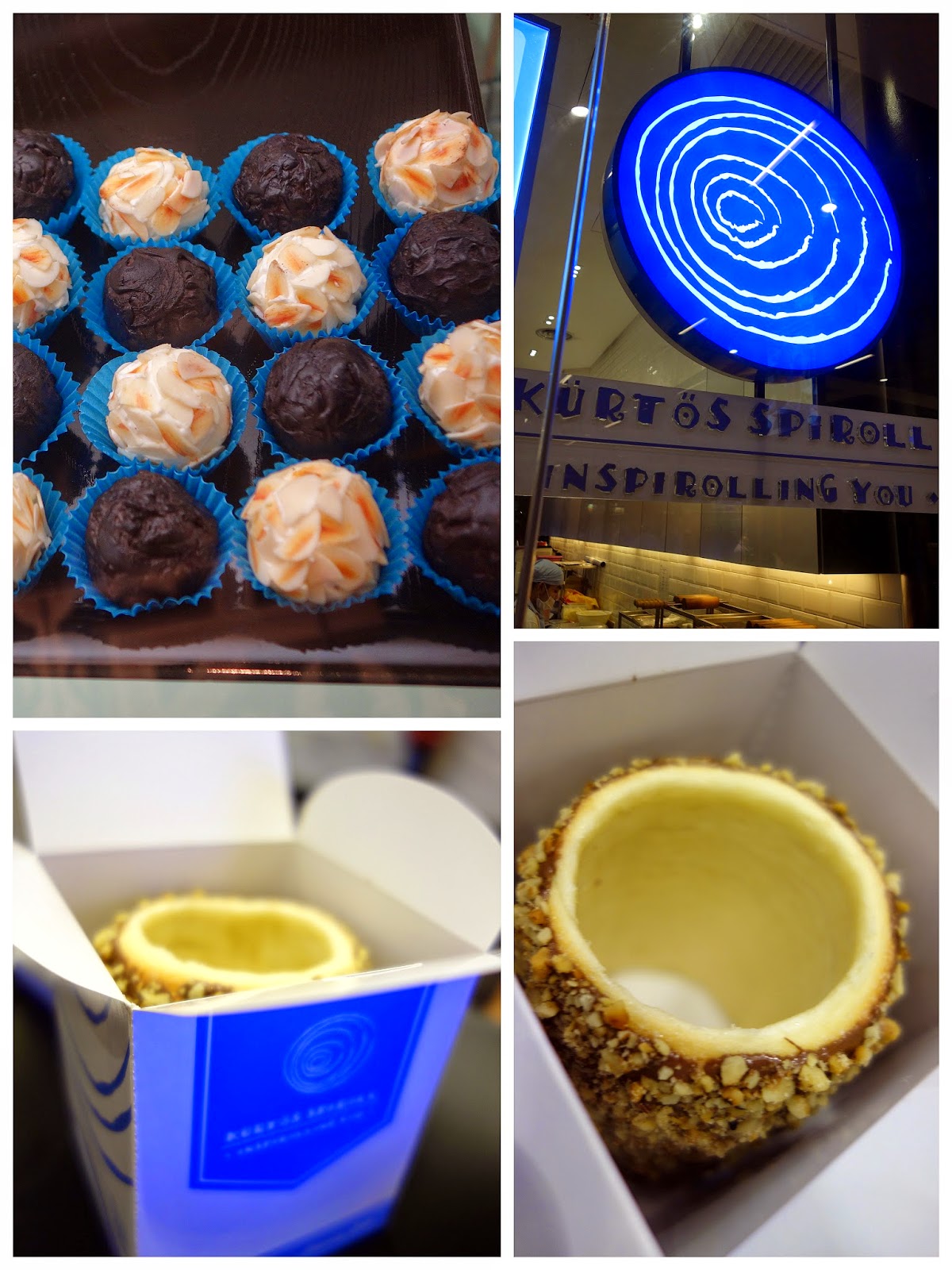 These chimney cakes are ideal for on-the-go eating; they're hearty enough for lunch & convenient for sharing. Besides the kÃ¼rtÅ‘skalÃ¡cs, 'spiroletto' chocolate truffles & Australian-roasted Jack And The Bean coffee are also available. 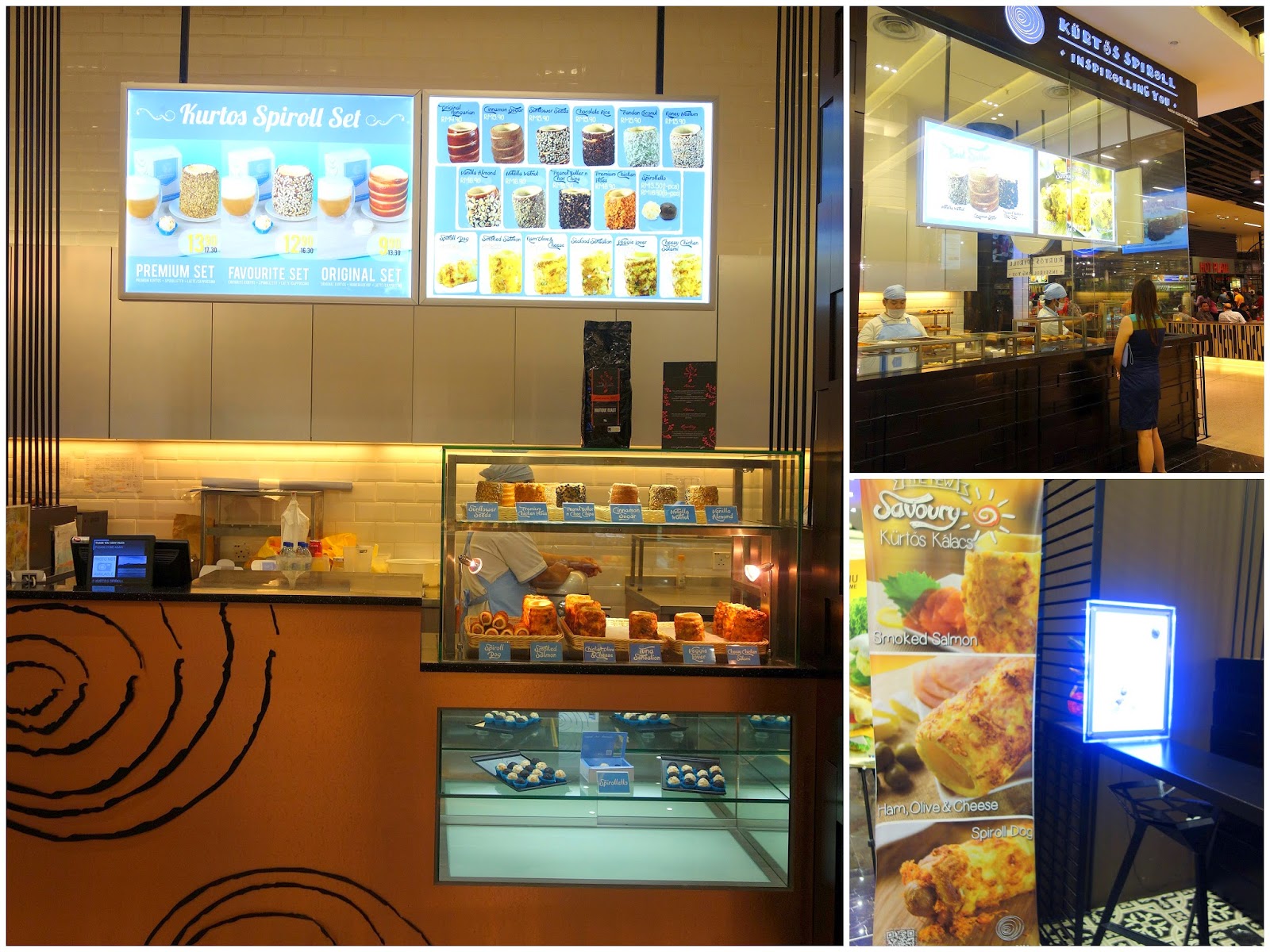