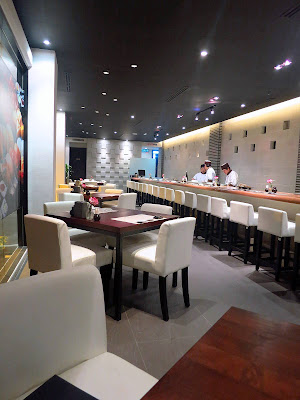 Returning to Kaihomaru at Bukit Bintang and checking out Kazu Sushi at Viva Mall.
Earlier entry on Kaihomaru: December 27, 2011. 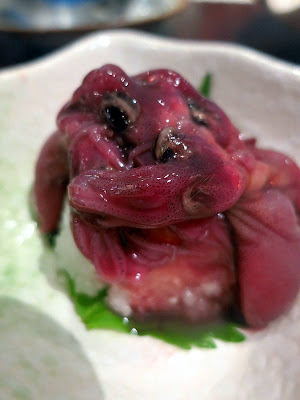 With much more in the ocean than salmon and tuna, it's nice to visit a Japanese outlet serving seafood recipes that are relatively uncommon in KL, like baby squid preserved in soy sauce. Squishy stuff, not for the squeamish. 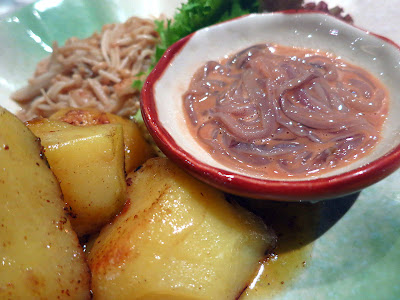 Marinated squid guts with pan-fried boiled potatoes. Waste no part of the cephalopod _ not even the ickiest bits, memorably slimy and intensely briny. 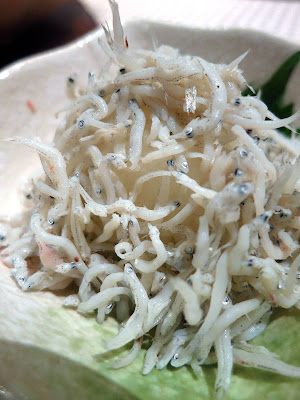 Shirasu with white radish. Baby anchovies, soft ones with a bit of a 'wet dog' taste. 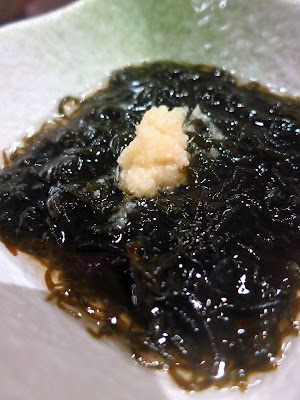 "Mozuku" seaweed, a key export of Okinawa. How to describe this? Maybe it's like the Chinese black moss ('fatt choy'), except that it's vinegared in this preparation. 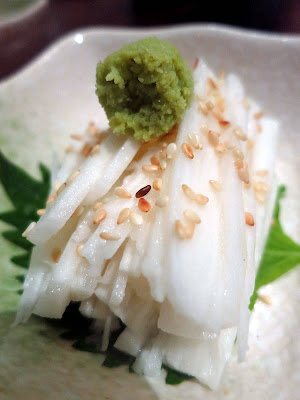 Fleeing the sea for awhile and heading for the hills: Japanese mountain yam with a mound of wasabi. Crisp but somewhat flavorless. 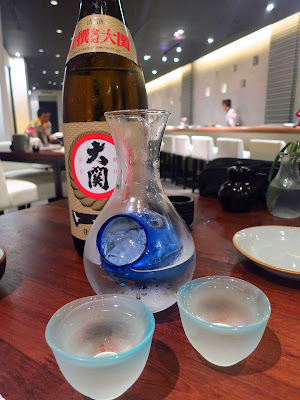 Drowning in a watery grave of sake. Goodbye, cruel world! 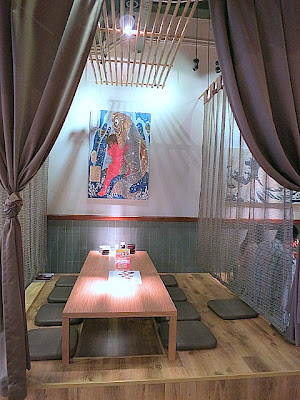 For food that's less unusual, moving on to Kazu Sushi, which fulfills the basic requirements for a casual Japanese eatery in a suburban mall _ nothing more, nothing less. 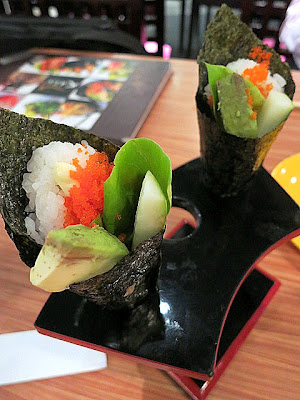 Avocado hand rolls, made to order. Fresh and well-filled at about RM3 apiece. 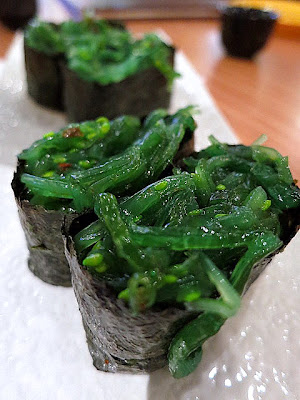 Conveyor-belt sushi is also available, topped with everything from seaweed ... 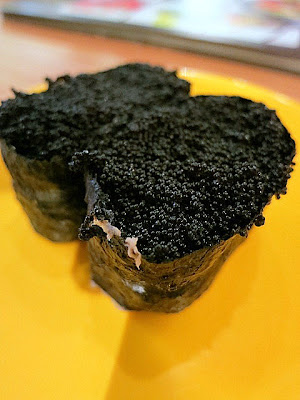 ... to the various colors of fish roe _ black, red and a few other shades in between. 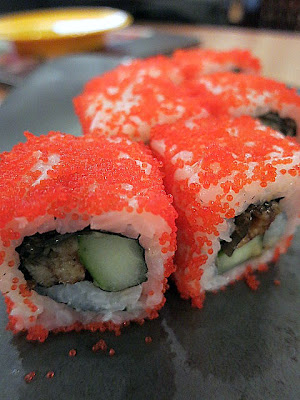 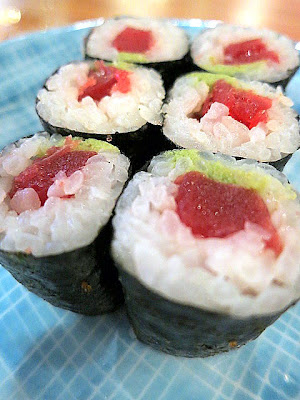 Maki of chopped tuna with cili padi. Fiery, but not that fearsome. 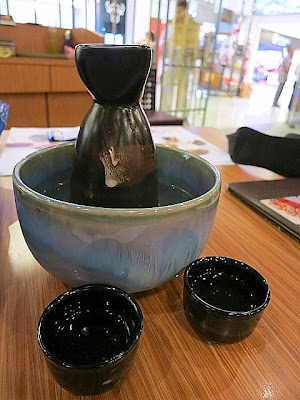 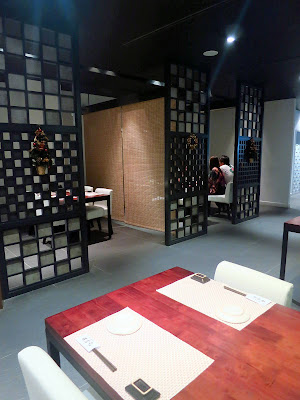 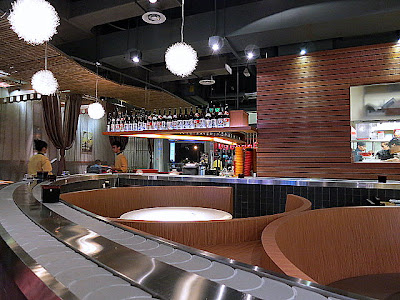 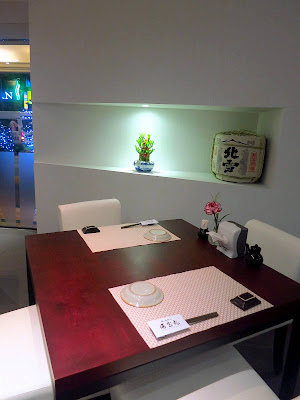