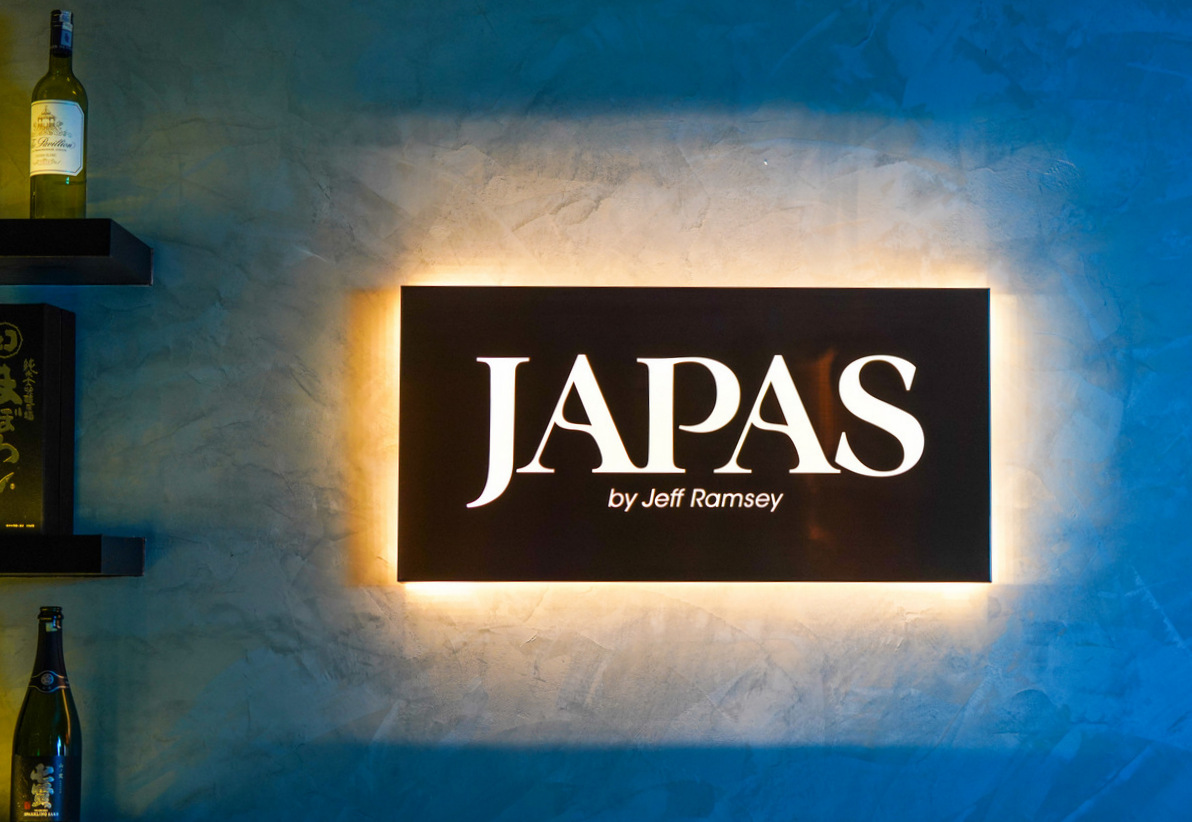 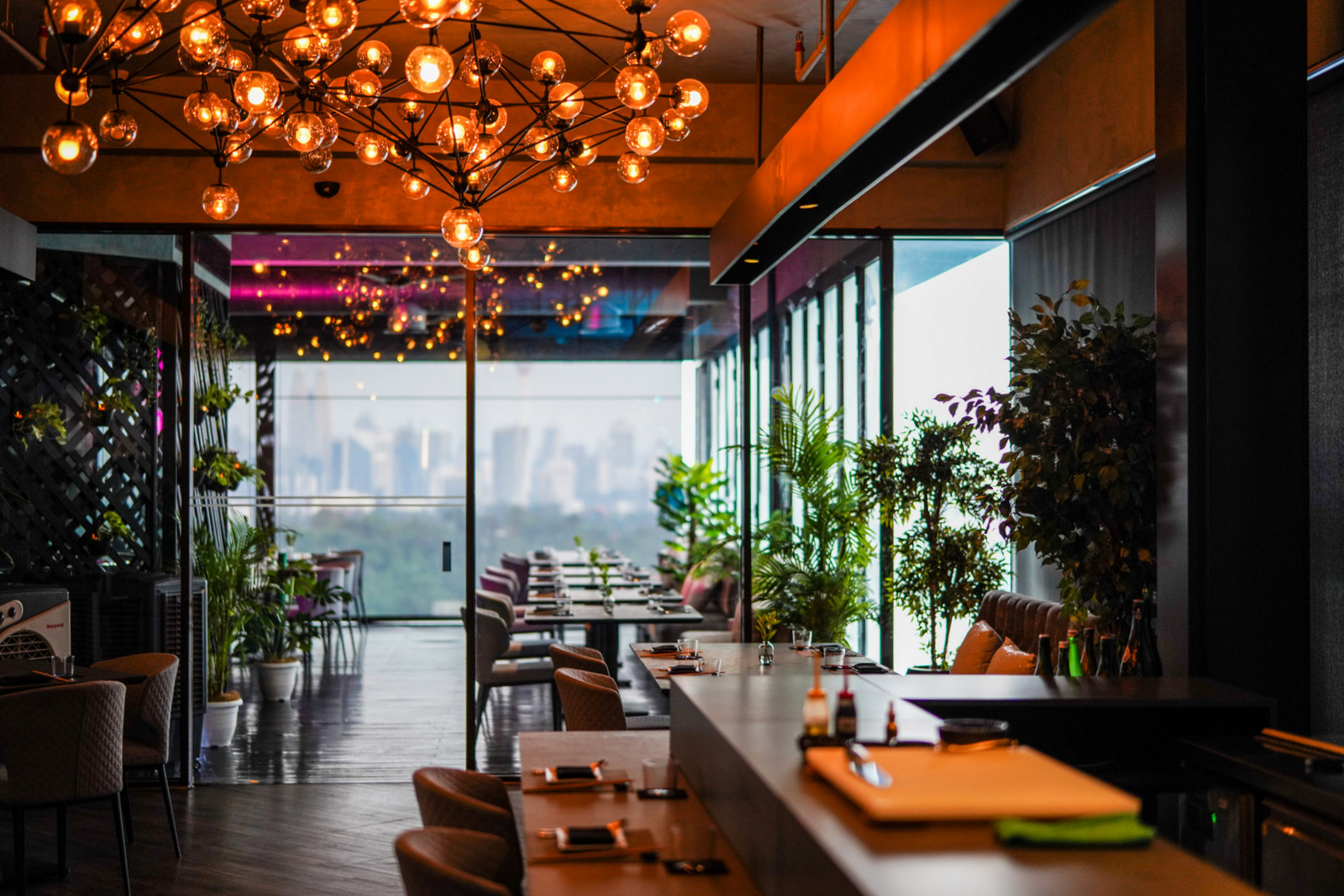 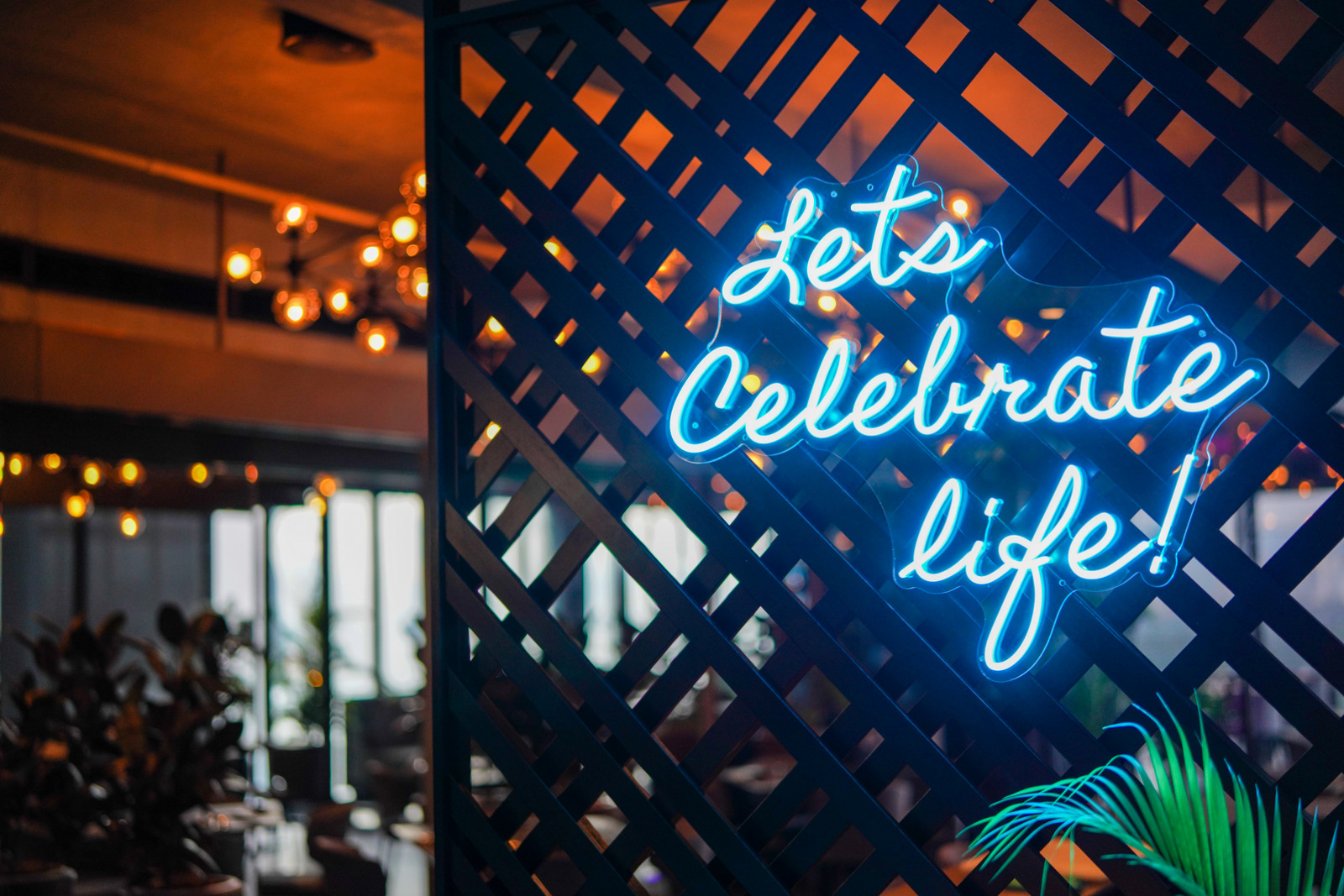 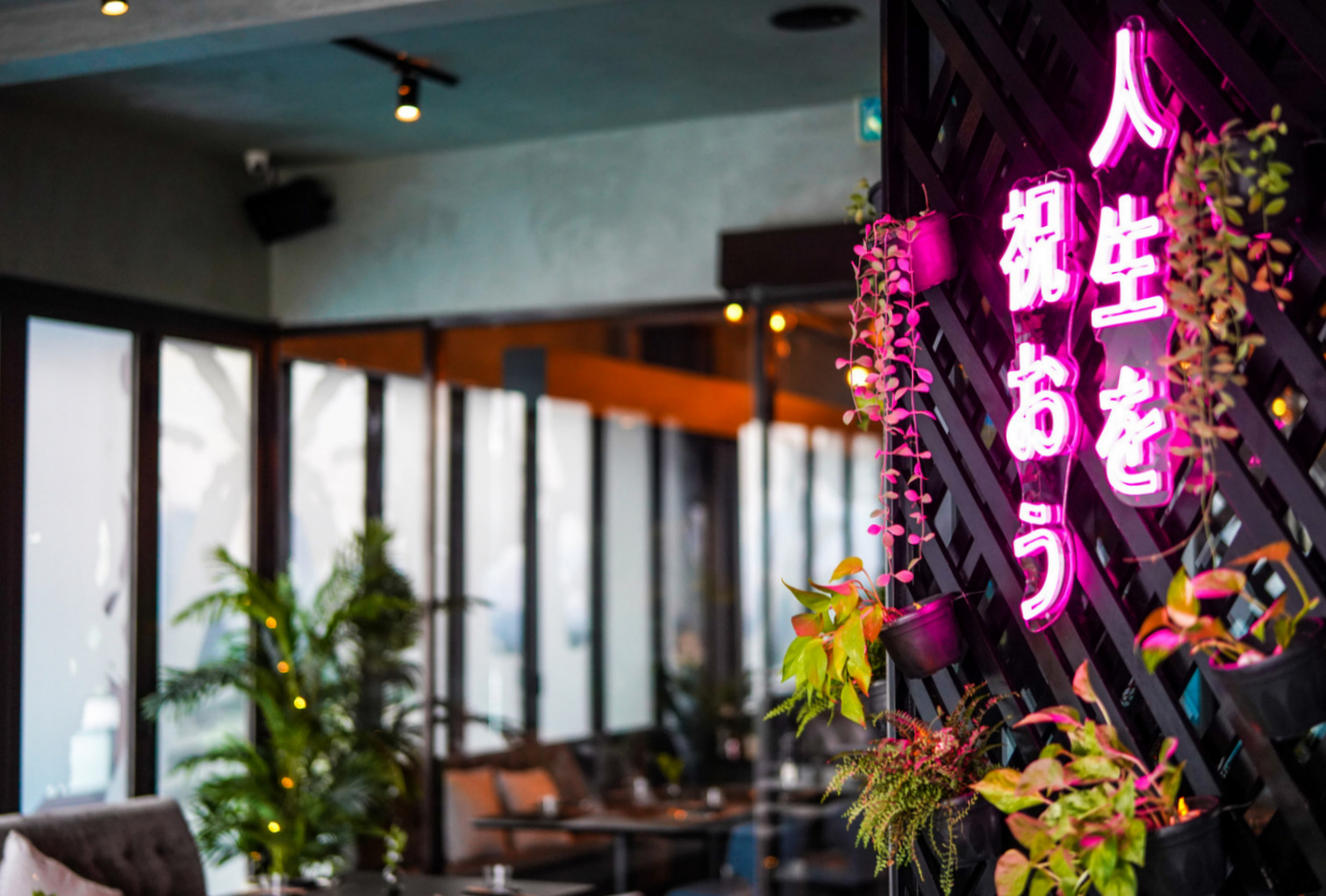 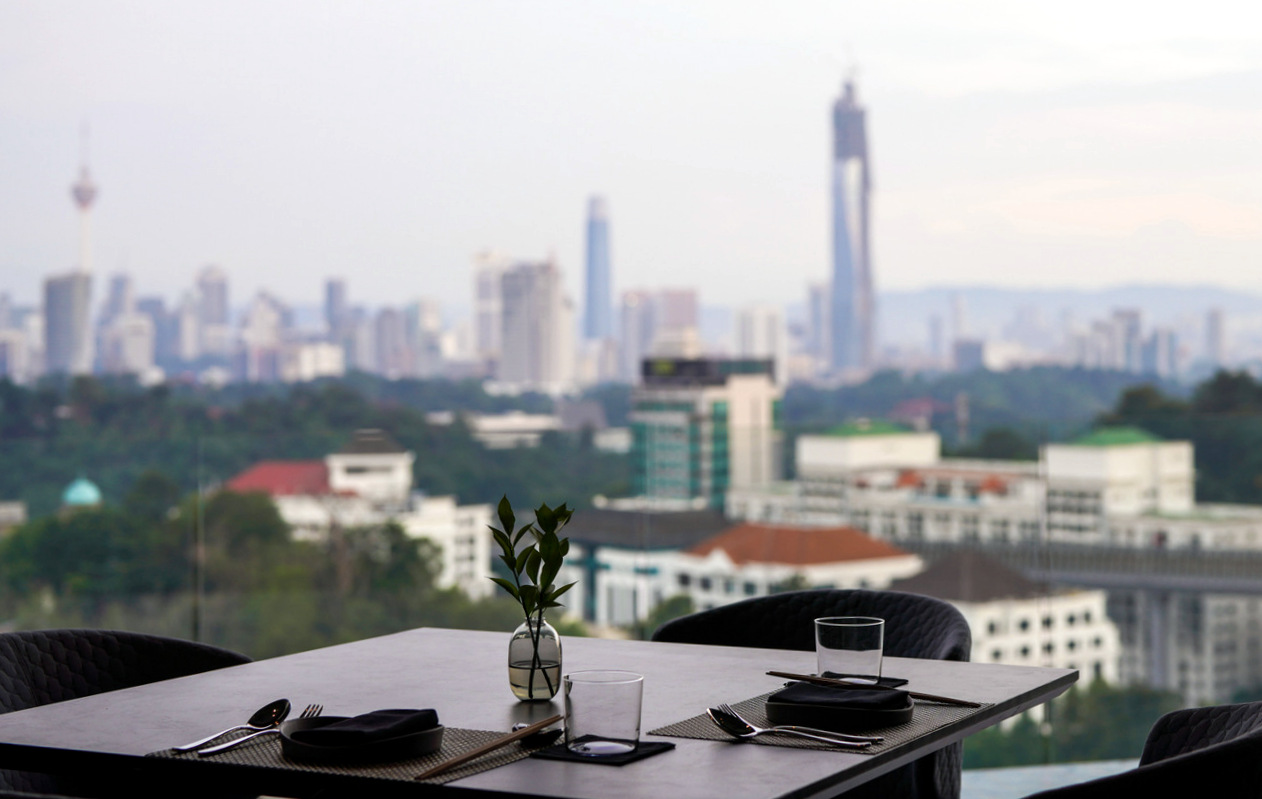 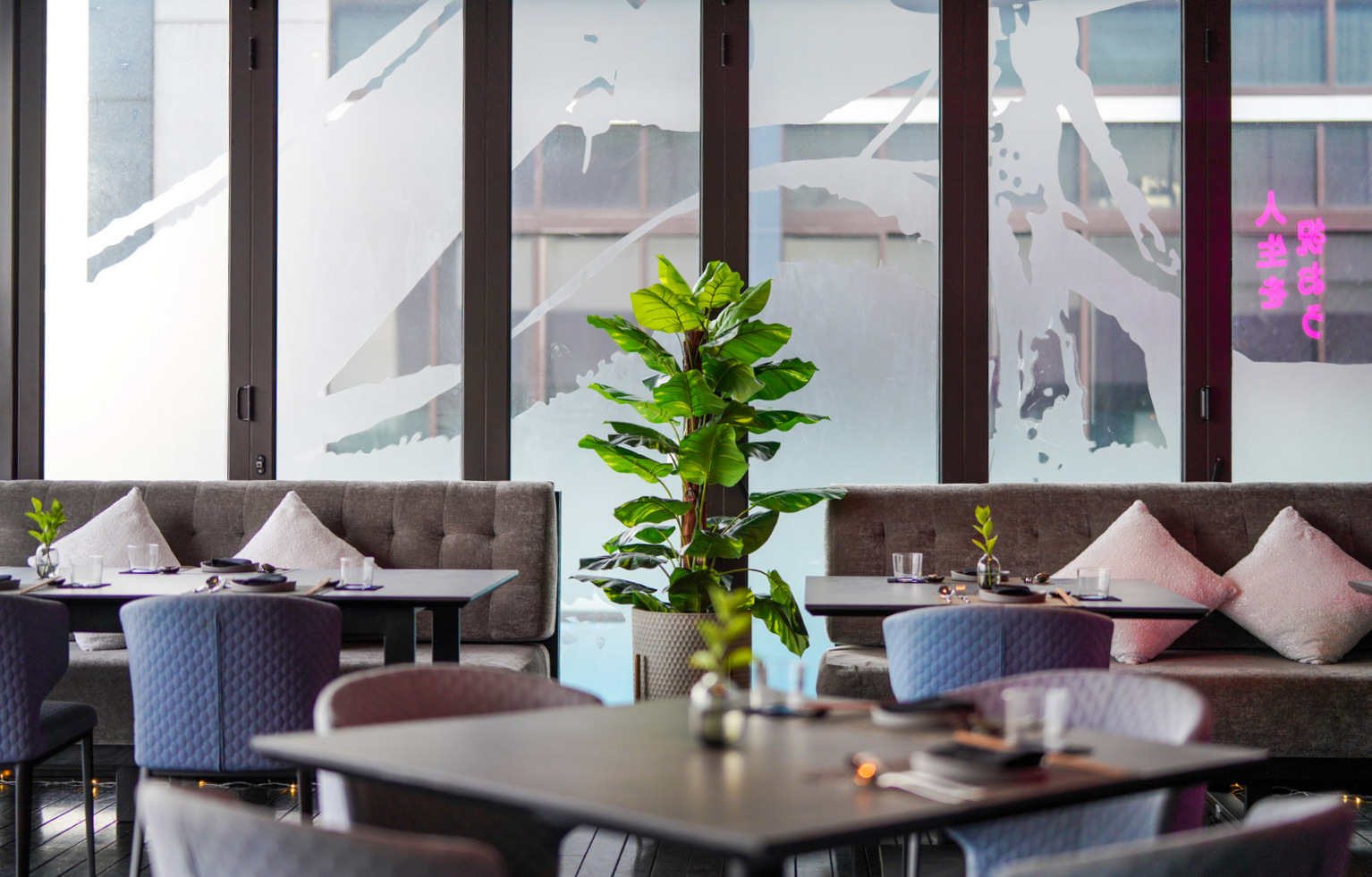 Five years ago, Babe was born, introducing KL to chef Jeff Ramsey's tasting menus that initially comprised 17 courses of everything from Manga Crabs to The World's Juiciest Lamb. Its first years were suffused with wide-eyed wonder that belied behind-the-scenes challenges, captivating us with not only a surprise every 15 minutes but a sense of genuine joy in the food.

Thrust abruptly out of adolescence, Babe has now turned into Japas, wiser but war-weary and warier, tougher-armoured to endure 2020's volatilities. As its name affirms, Japas clings to Ramsey's conception of 'japas' - Japanese tapas - aspiring to the charisma of classic izakayas and tascas, albeit with the modernist flair that the world's most adventurous chefs advocate.

Japas is an excellent restaurant that earns its respect. Its vision is mature, clear-eyed and fully formed. Its capabilities rank among the city's most proficient, from its kitchen to the front of house. Its cooking is distinctive, saturated with smarts and skill.

But its growing pains underpin its transformation - some innocence is lost; playfulness has become pragmatism; the sheen outshines the soul; the food is more finessed than fun. The blame might rest on us, the public, as Japas seems increasingly steered to offer customers what they want, showering us with truffles, spoon-feeding us with sea urchin and smothering us with burnt cheesecake. Appeasement is its appeal; enticement is its engine for excitement. If growing up means giving up on childhood naivete and making compromises to secure your future, Japas is the adult that bold Babe inevitably had to become.

Yet, the tremendous thought and know-how behind every recipe here merit appreciation. When tuna belly is promised, it's not just a conventional cut, not simply an undemanding preparation. There are ingredients not revealed on the menu, painstaking processes that precisely foretell, for example, how many times mustard seeds must be boiled - real, remarkable work, transcending the facile propaganda that a decade ago, Japas' Japanese-American founding chef led a restaurant abroad that reaped a Michelin star. Babe-turned-Japas deserves to have most of its life, accomplishments and accolades still ahead.

The Japas experience is best savoured when its team has the singular opportunity to introduce and explain the what, hows, whens and whys to you. For basic reference, the following dishes are listed in the order of our personal preference, from the ikura tartlette that every diner should delight in to the fried chicken that banks a bit too heavily on batter. 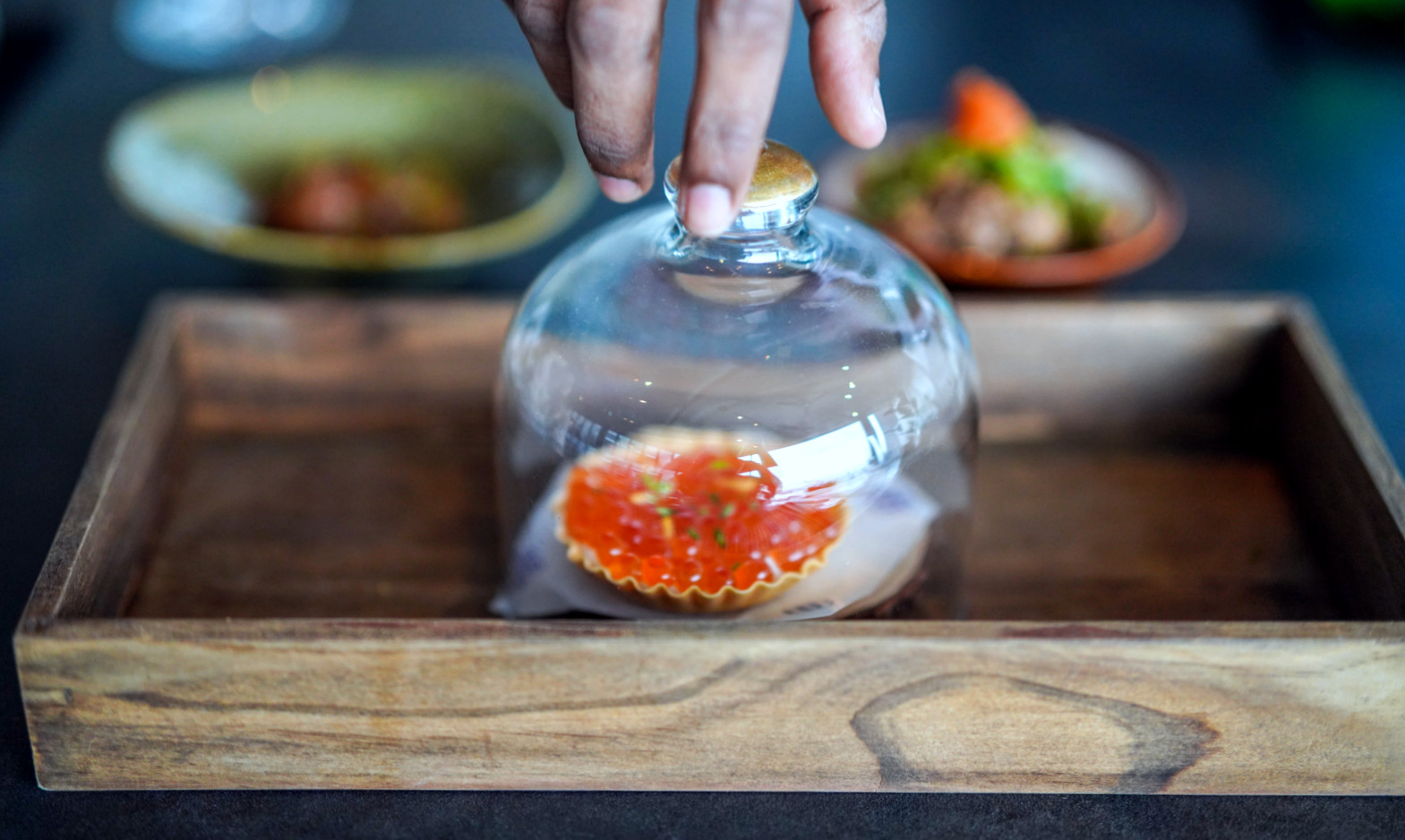 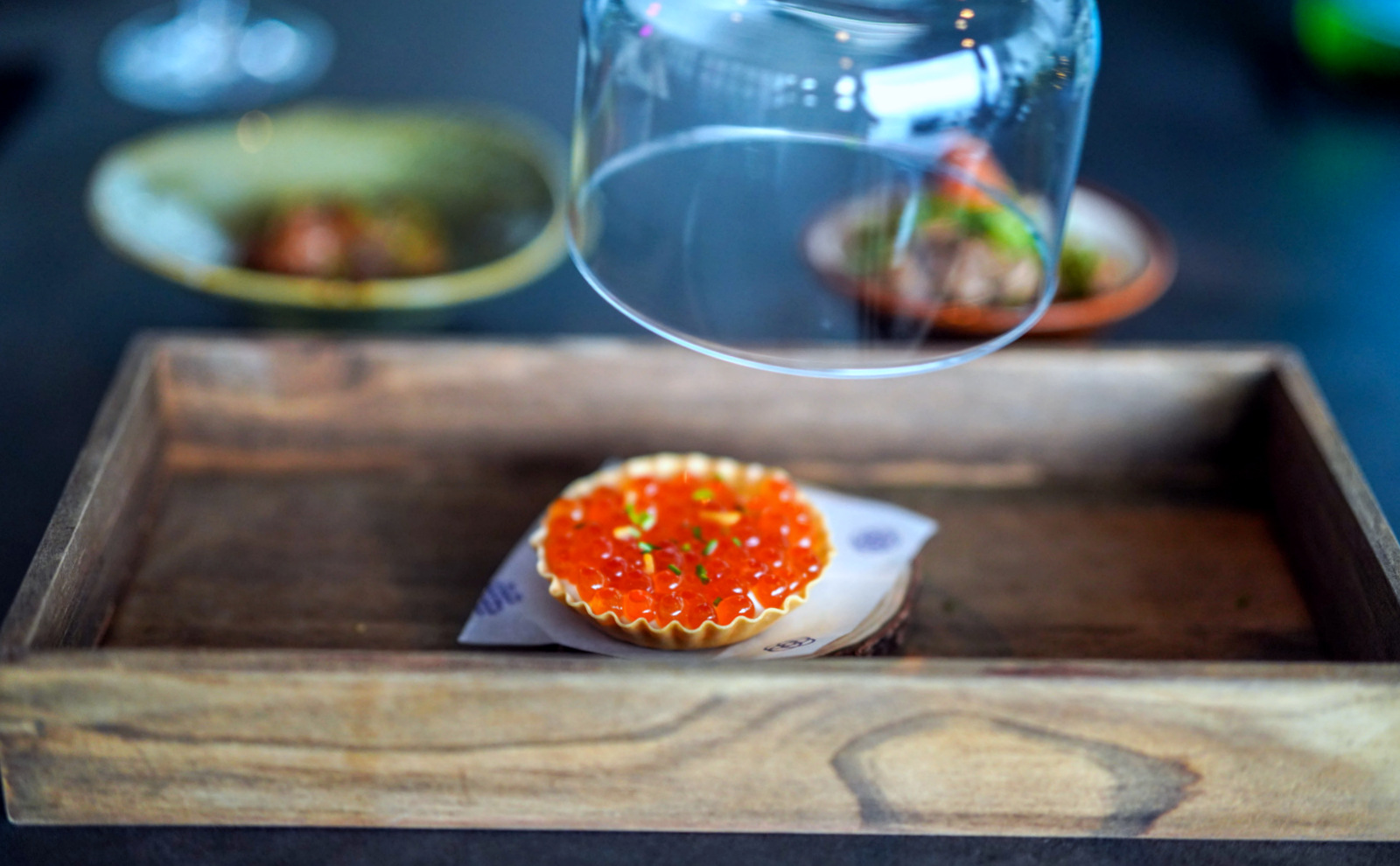 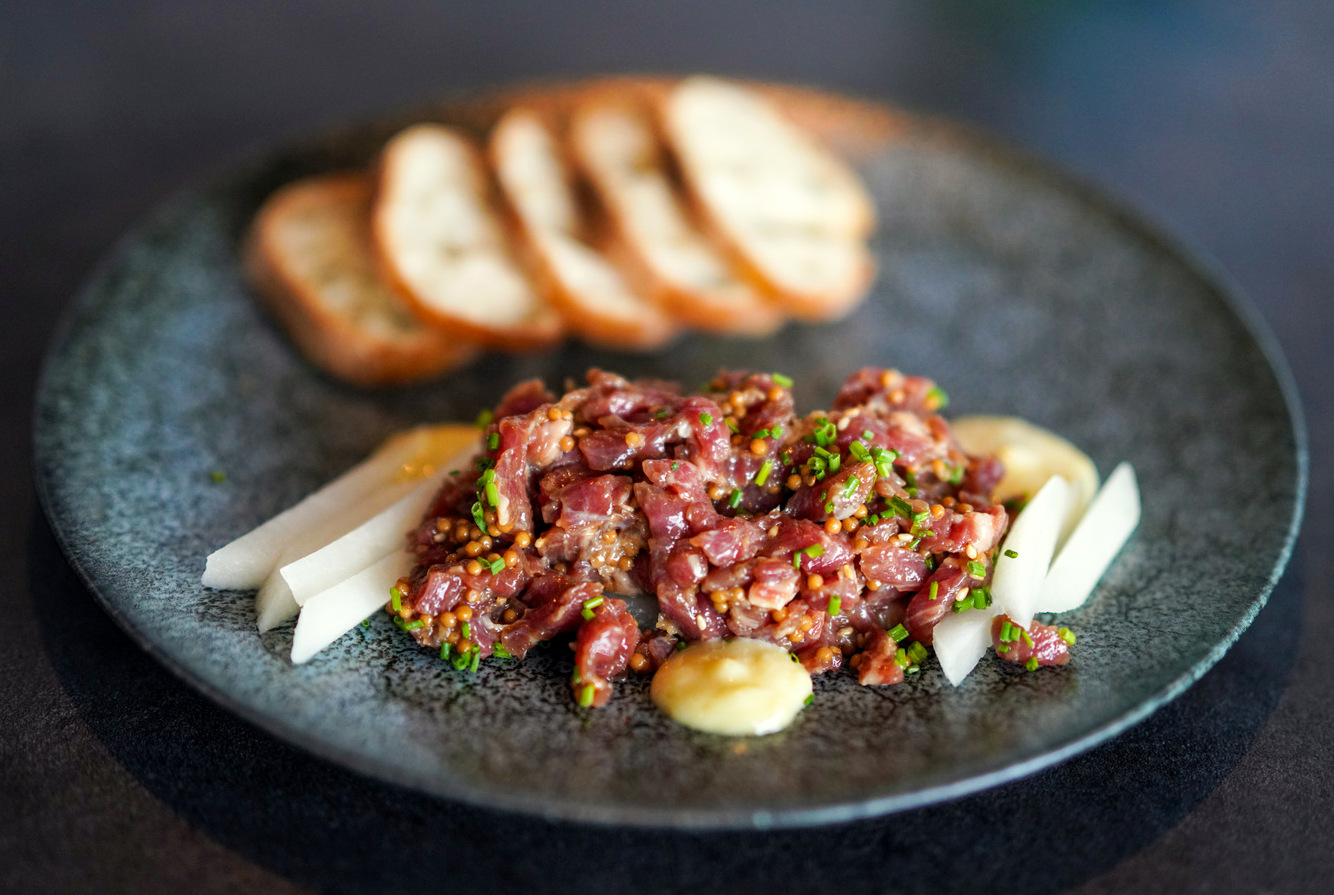 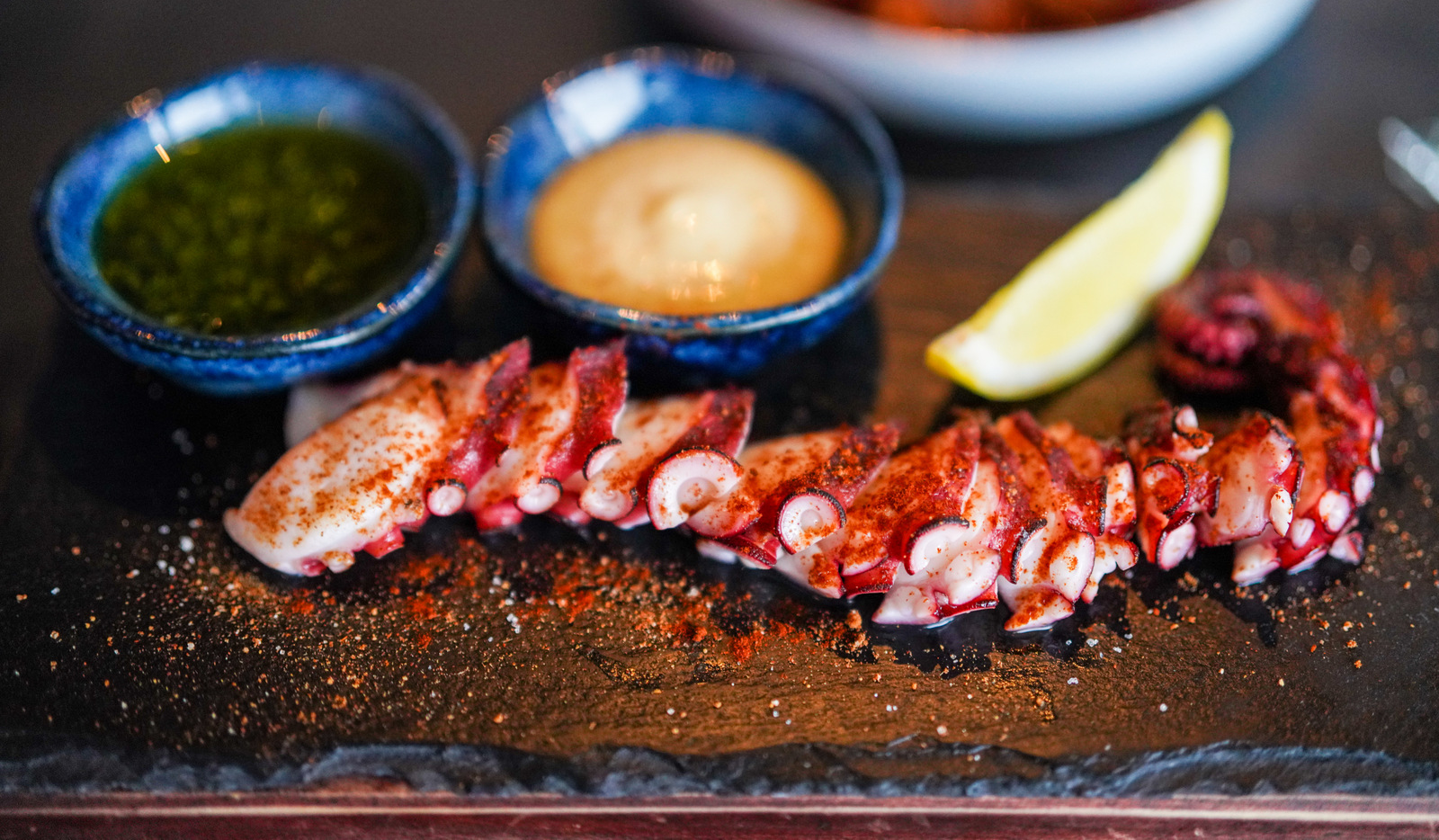 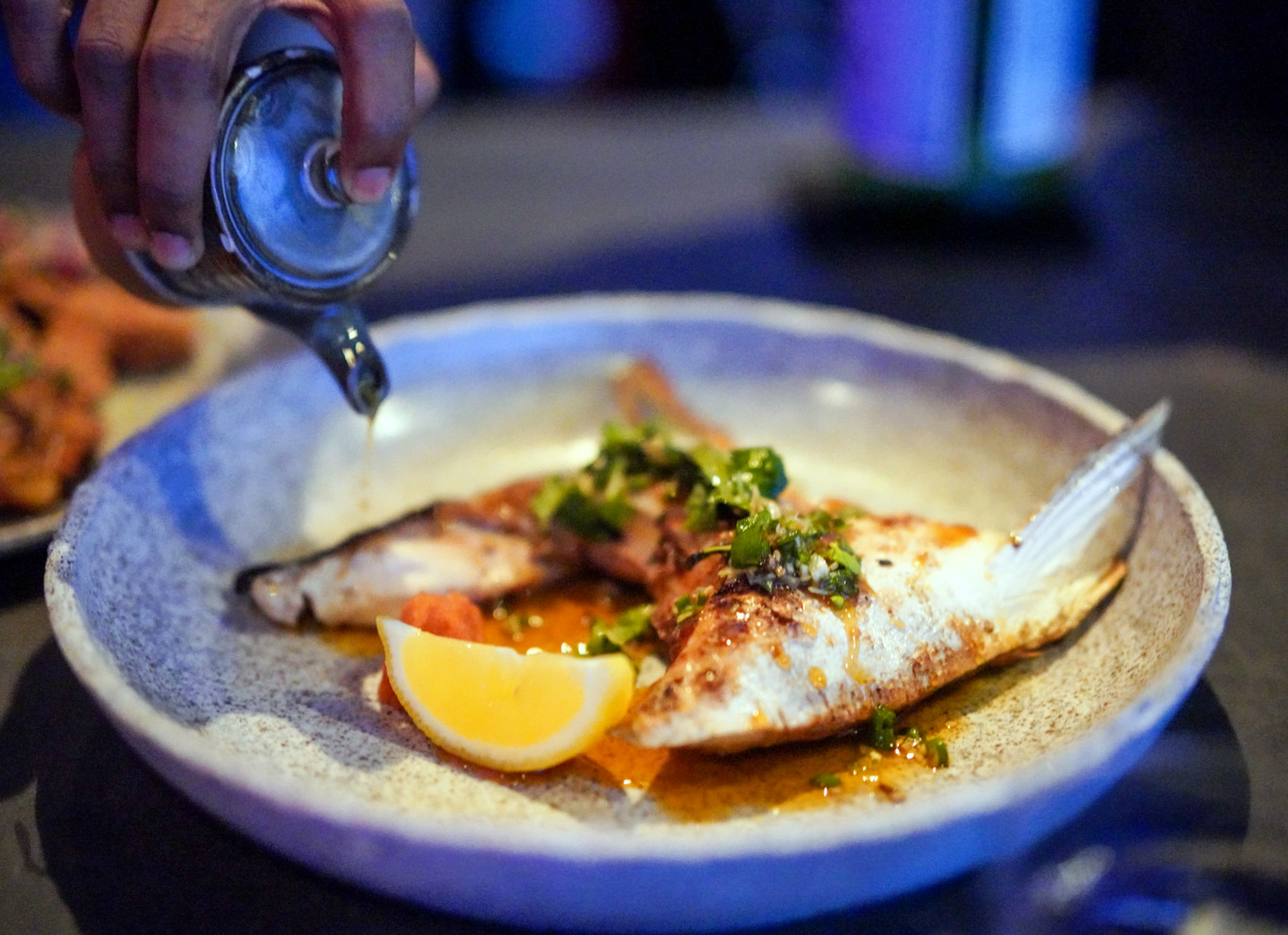 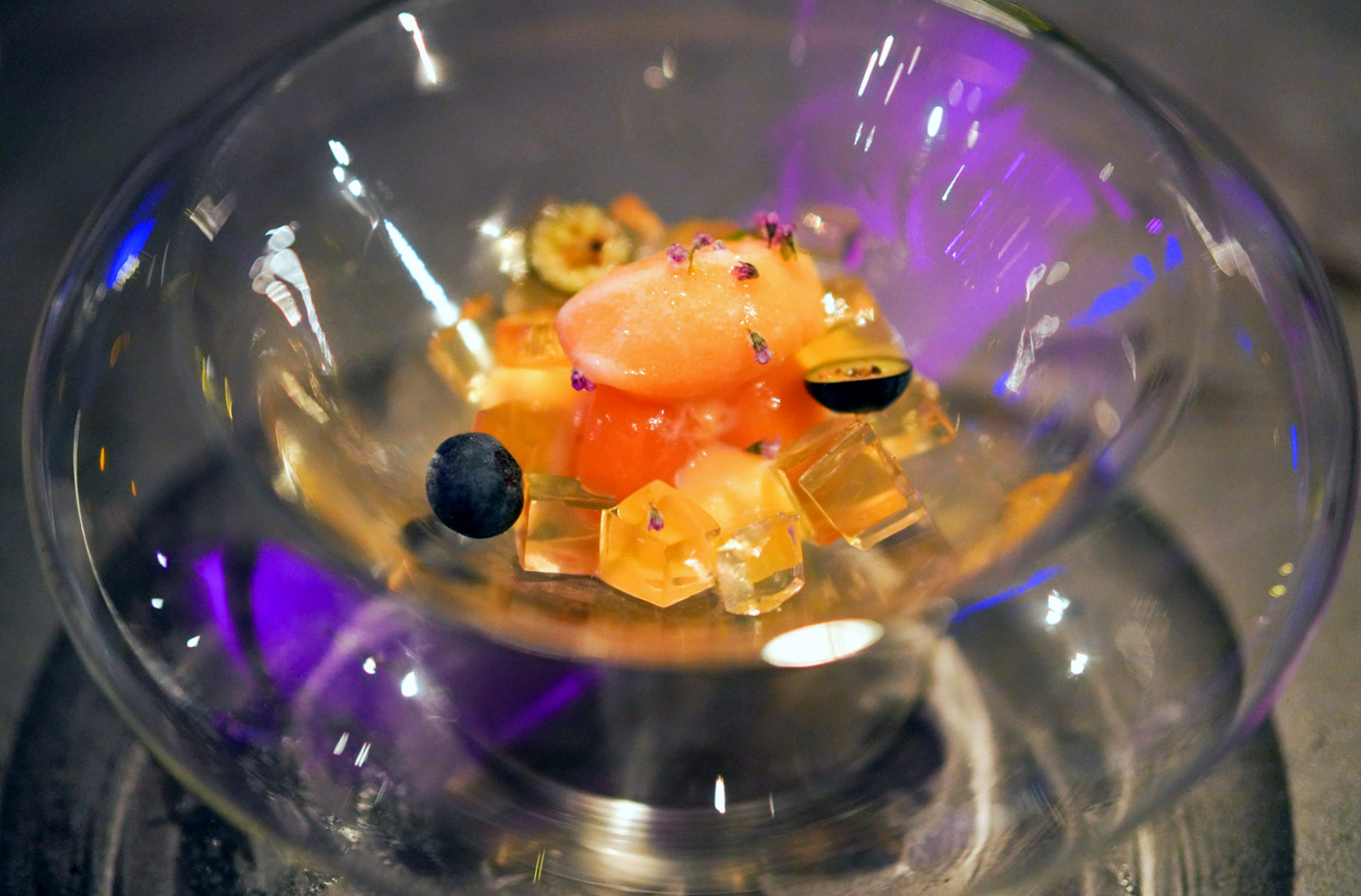 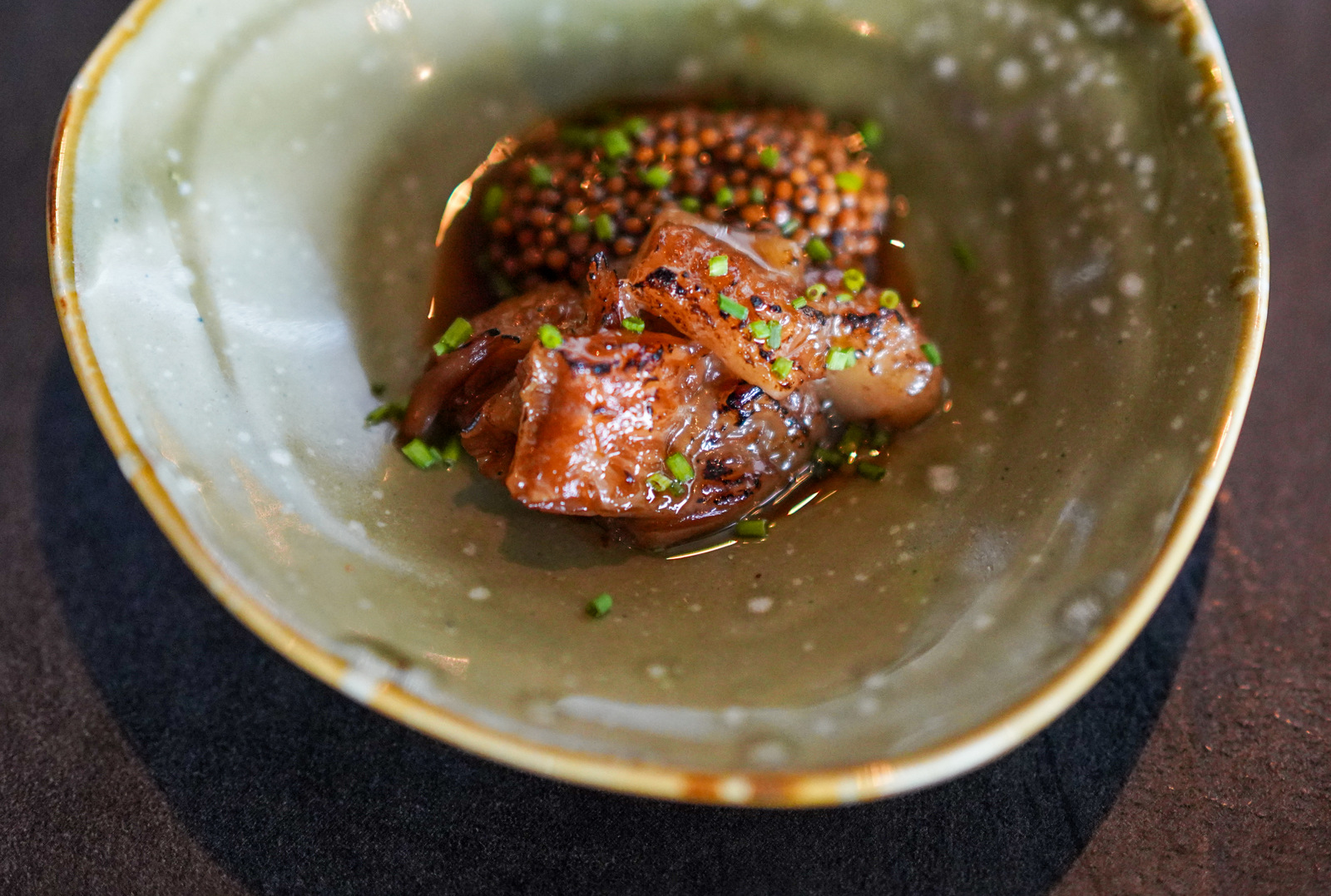 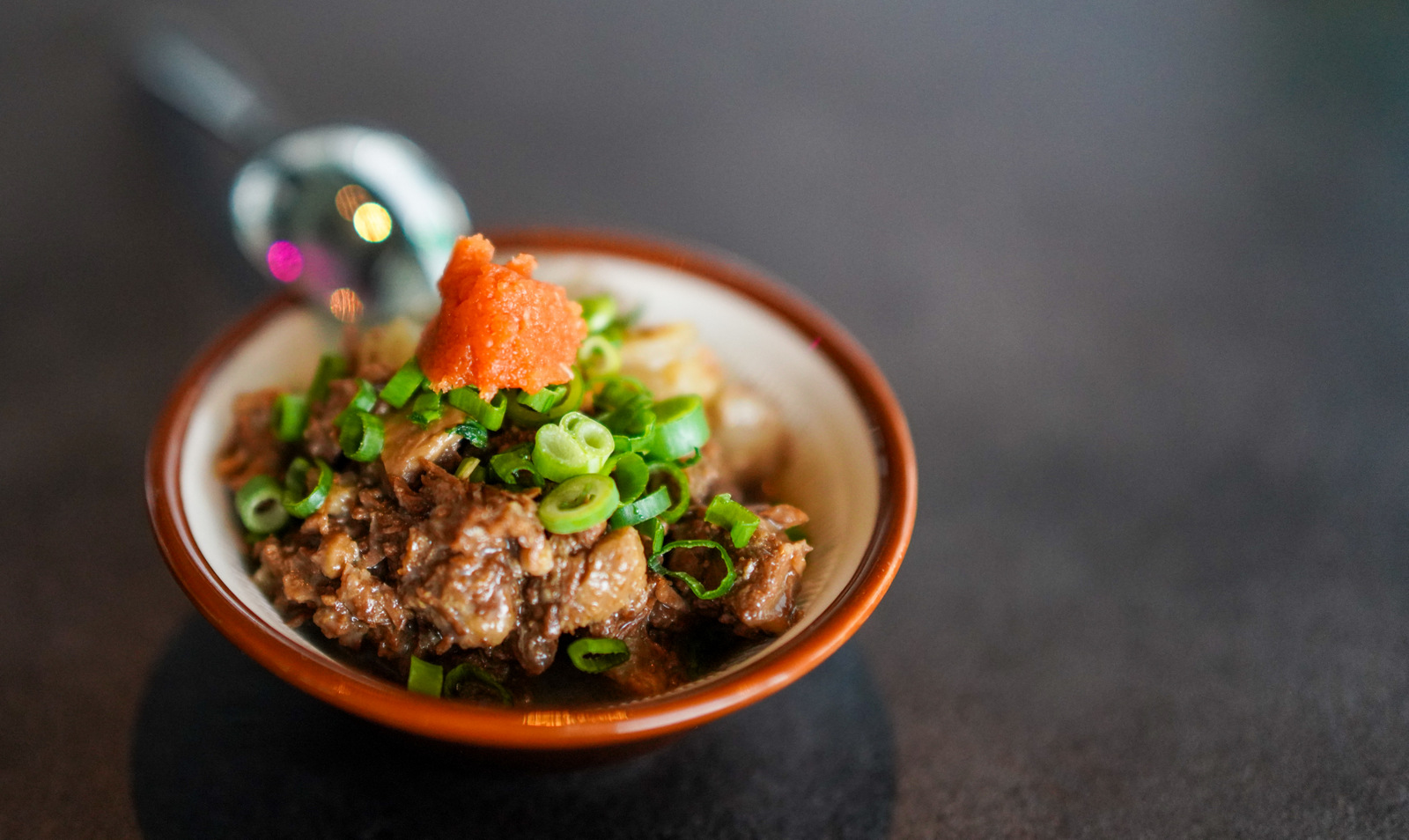 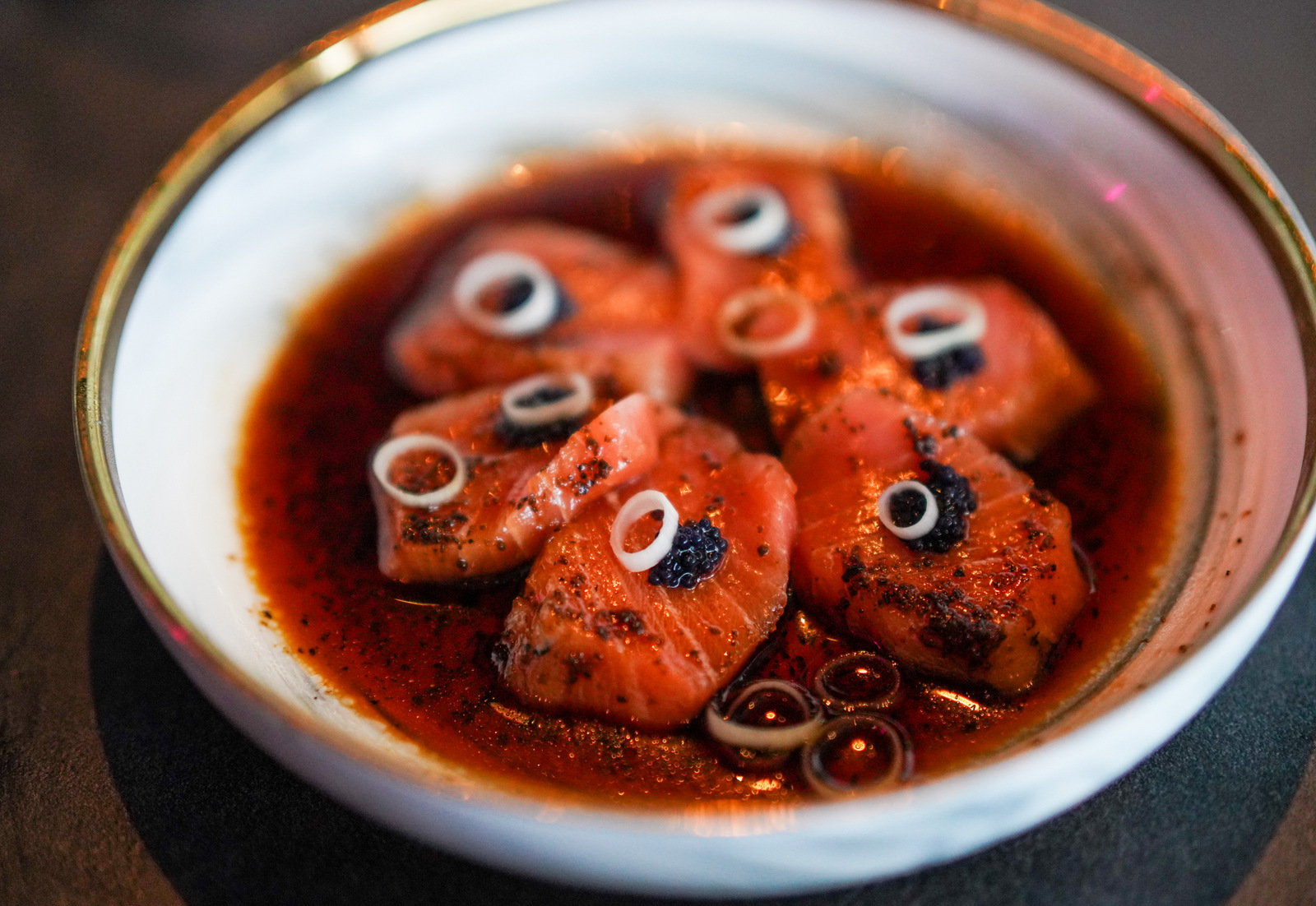 Tuna, mostly chutoro but with some segment of otoro in each slice; truffle ponzu (RM138) 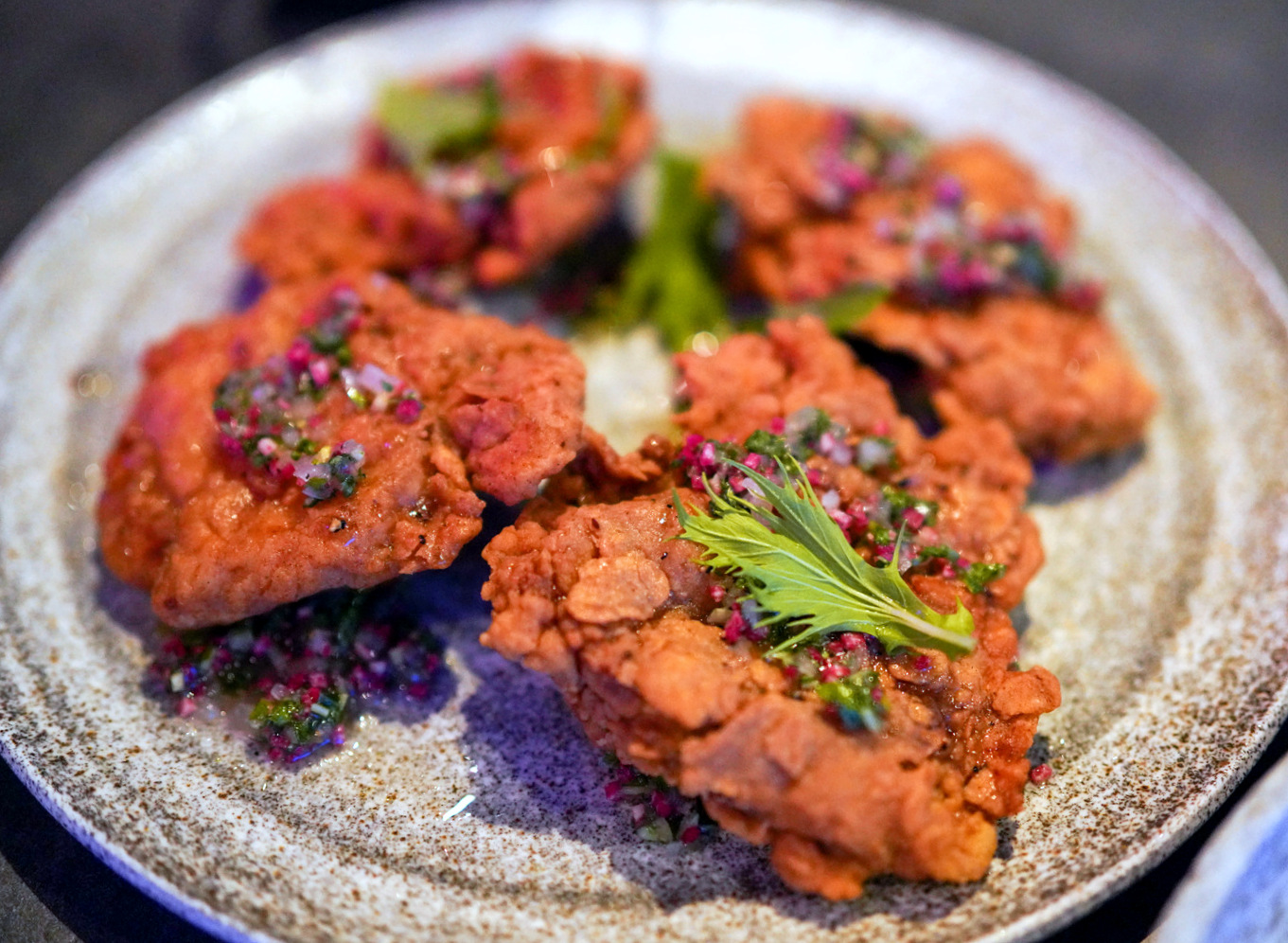 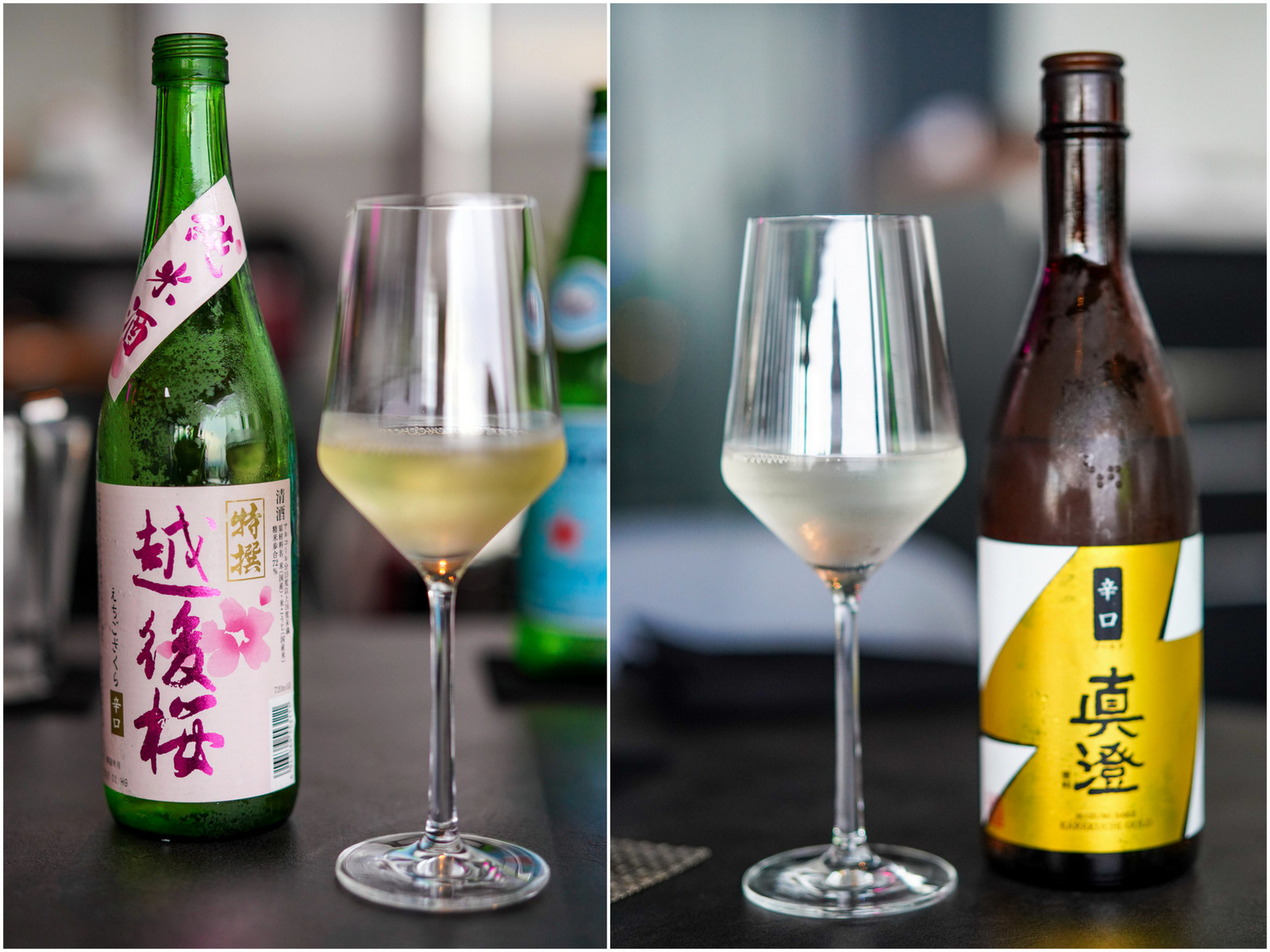 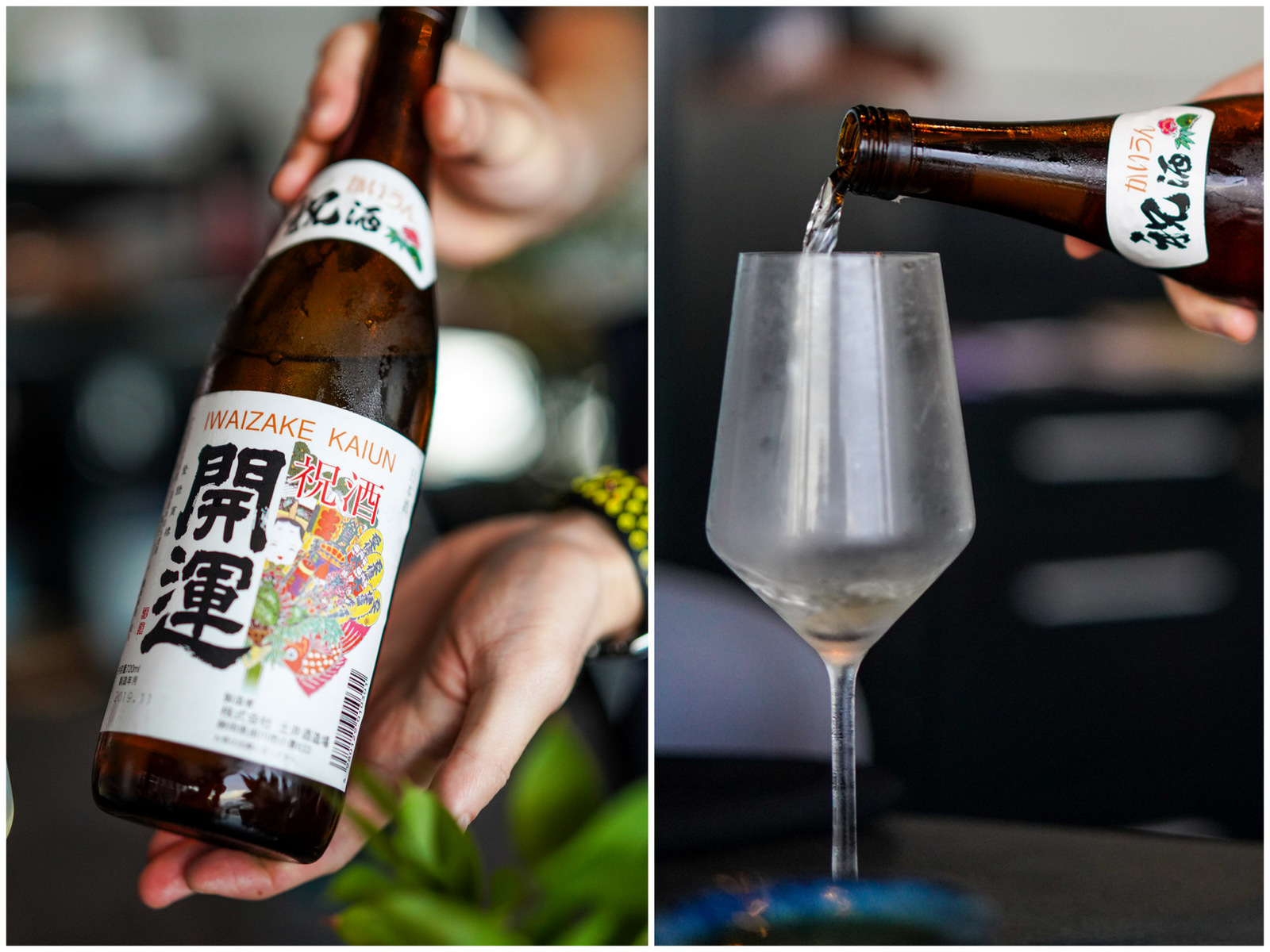 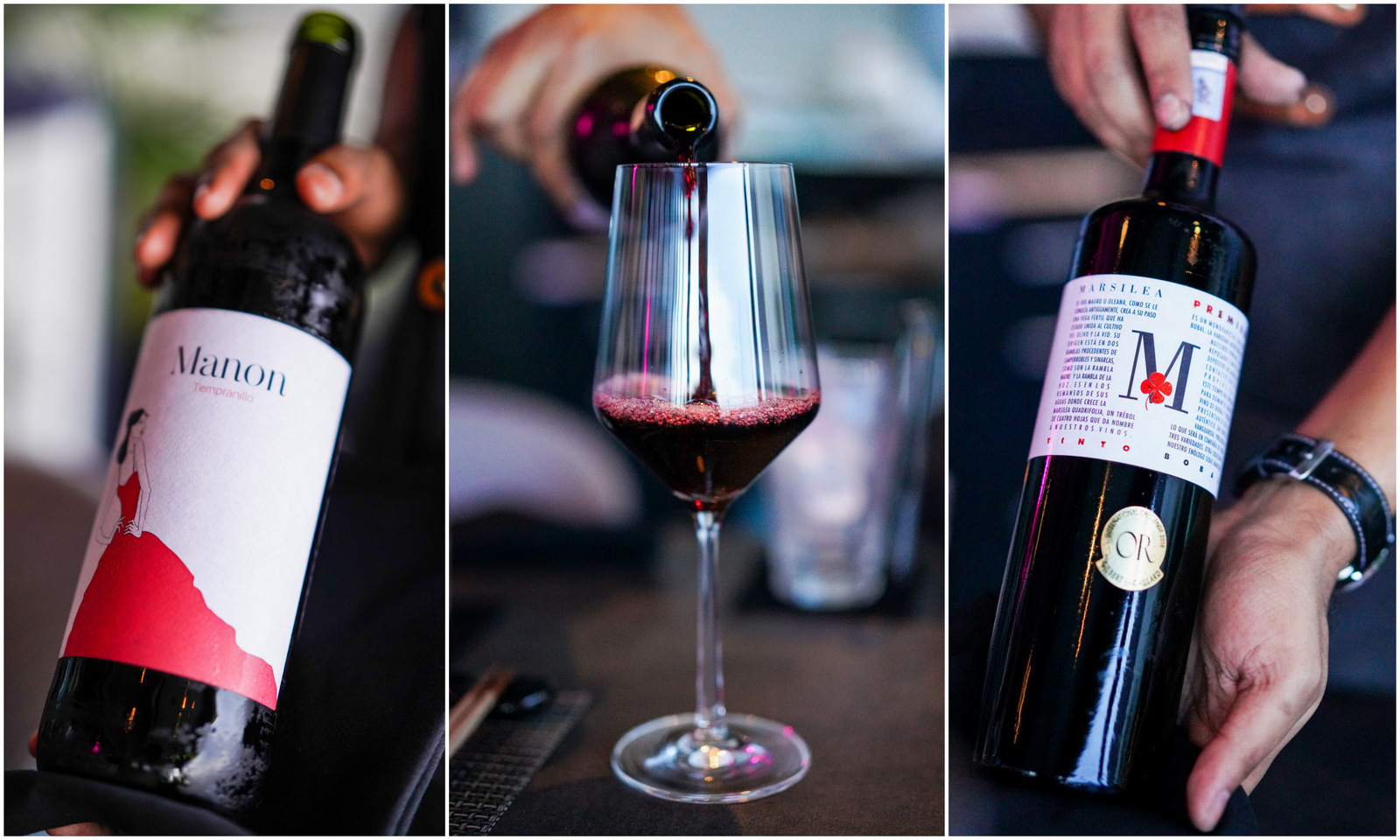 For an evening of sake and wine, Japas is most definitely our jam. 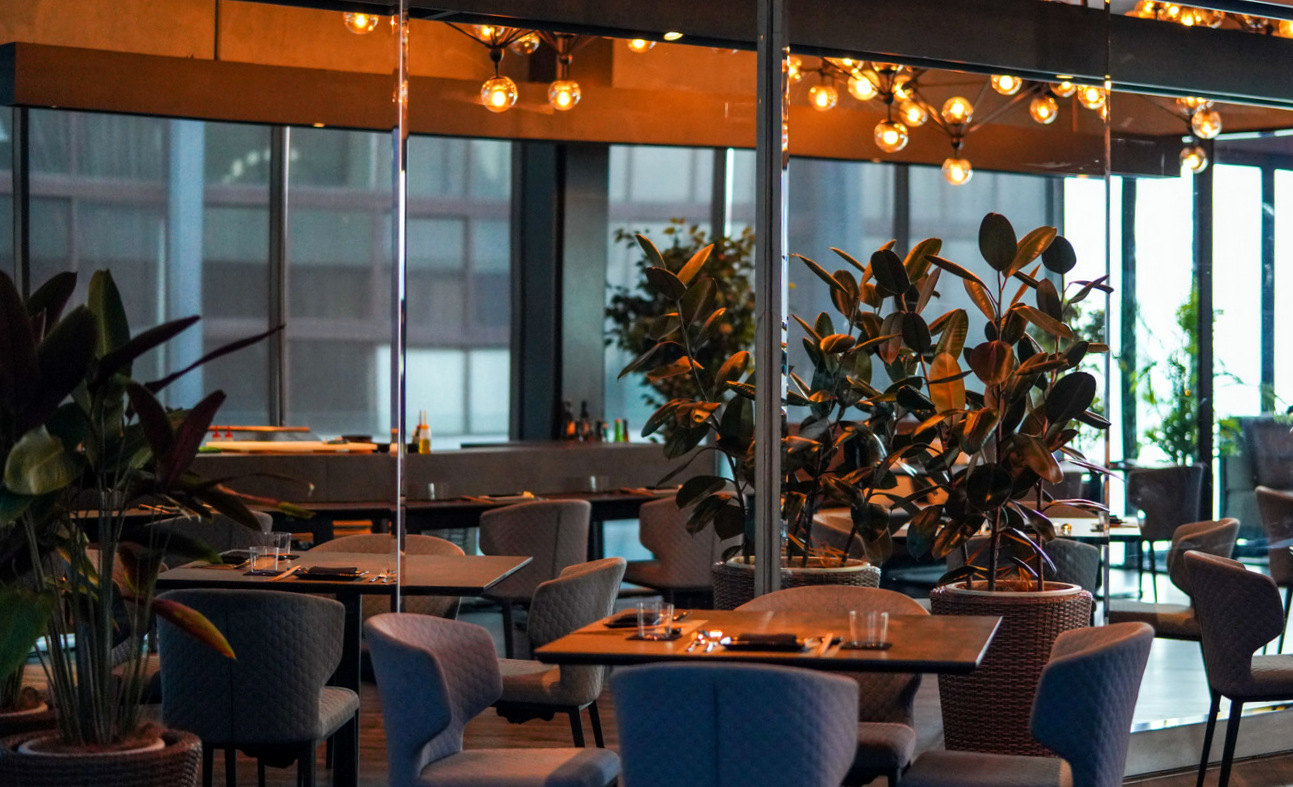 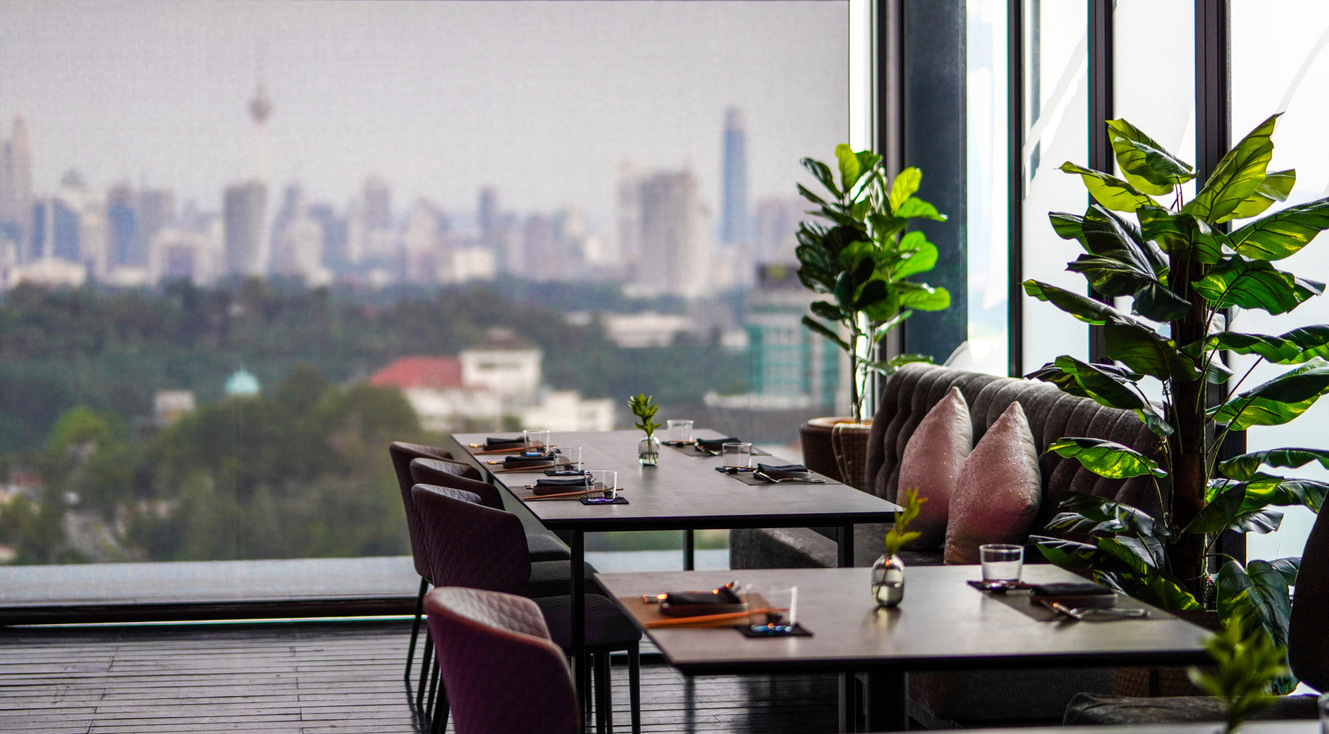 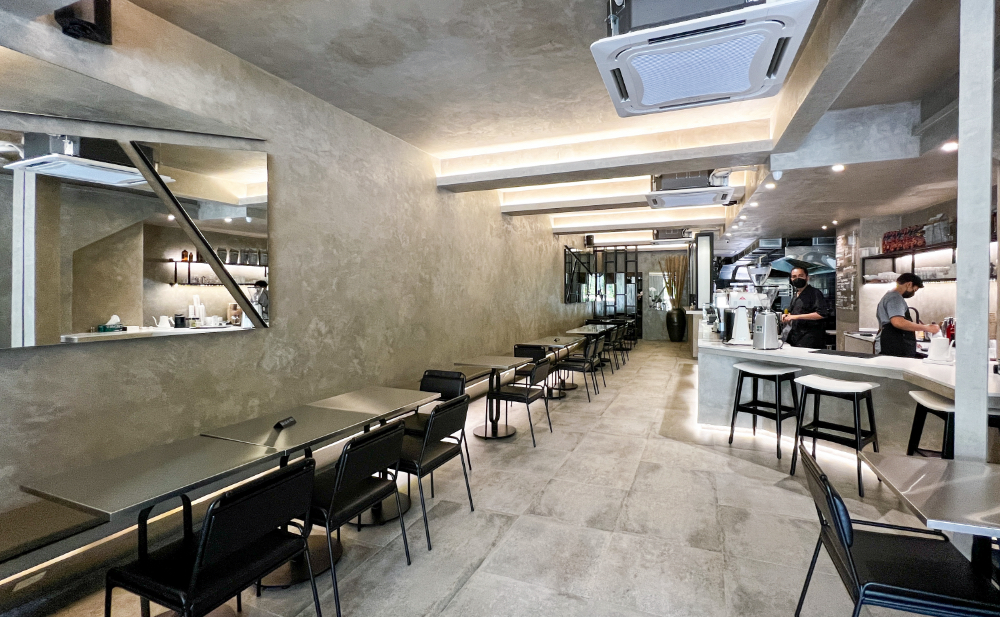