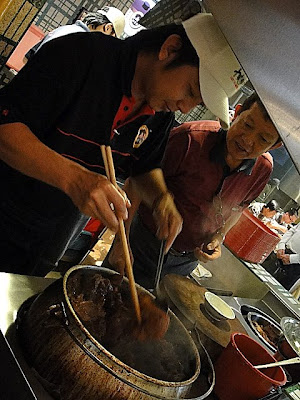 Click here for earlier entry on Hutong (November 16).
Little by little, we're exploring Hutong's other must-try stalls. A tricky task though, since some of them are closed by dinnertime. 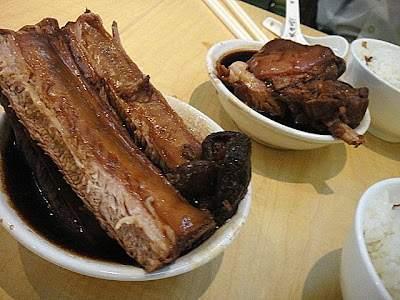 Mo Sang Kor's bak kut teh was mouthwatering. Some of the most gigantic slabs of pork ever, with super-tender meat. Not one of those soups with a strong herbal aroma though. 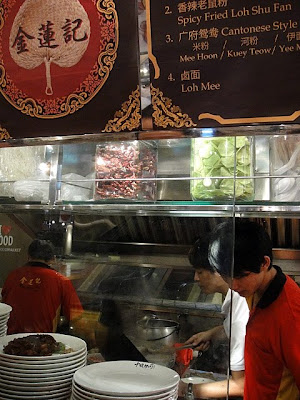 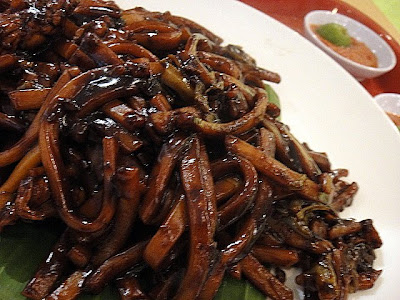 Would be even better though if it had more crispy pork lard and other ingredients. 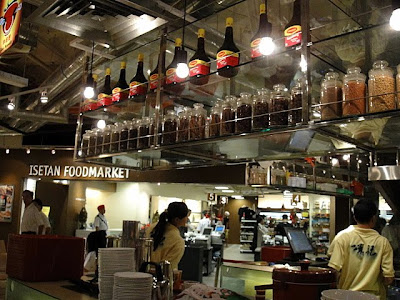 Soong Kee's Beef Ball Noodles, originally from Jln Silang, was our other stop. 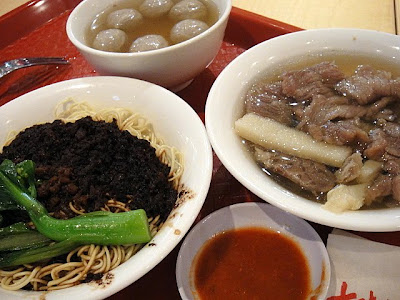 A very filling portion of noodles topped with tasty minced pork, with sides of springy beef balls and super-tender tripe and tendons.