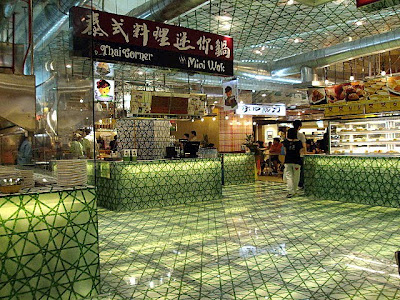 This "heritage gourmet village" brings together street food from specially selected hawkers and vendors who have thrived throughout KL, Ipoh, Penang and Singapore for decades. 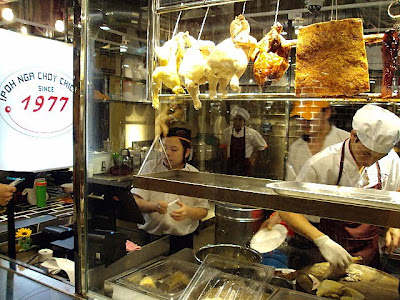 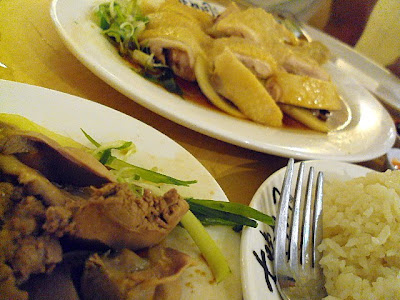 The chicken rice, kampung chicken & liver were satisfactory, but not the best we've ever had. There must be more flavourful chicken and more lip-smacking rice elsewhere. 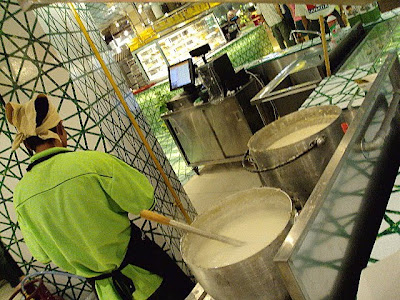 Most of the high-profile stalls were closed by the time we arrived for dinner, but luckily, Hon Kee Famous Porridge from Petaling Street still had potfuls of porridge left. 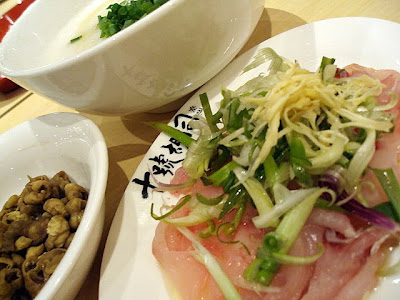 This was the first time we've ever had porridge with raw fish. We didn't know we were supposed to throw the fish into the porridge and let it cook, so we ate it sashimi-style, taking a slice with every spoonful of porridge. Still, we loved how it tasted _ this was our favourite for the evening. Oh, and the side dish of fried pork intestines was sinfully crisp. 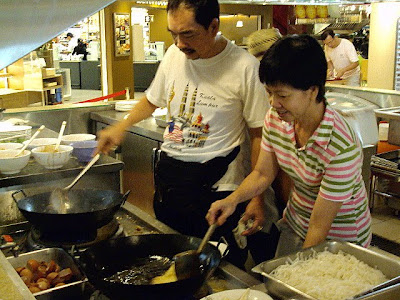 Since the bak kut teh, Hokkien mee, popiah and beef noodle stands were all shut, we checked out some kiosks that we might have otherwise skipped. The Georgetown, Penang outlet had quite an array of choices, ranging from Hokkien Prawn Mee to Penang Rojak. 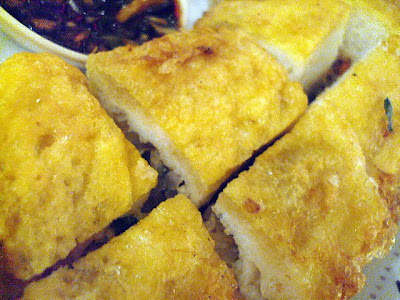 Their Hainanese Roti Babi was an artery-clogging creation that would have tasted as terrific as Yut Kee's if only they had been more generous with the stuffing. 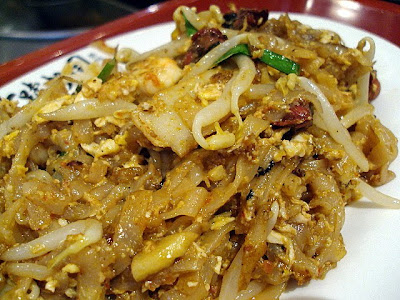 The char kuey teow was full of the essential wok hei, but kinda lacking in the cockles, prawns and other ingredients that would have made it more enjoyable. 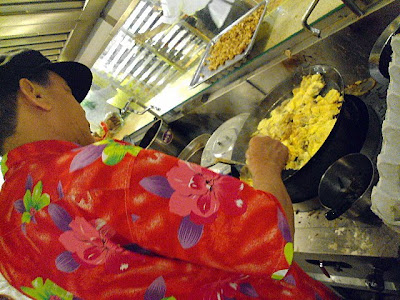 Singapore's contribution to Hutong is Kong Tai, which attracts a pretty long queue despite having only two items on their menu. 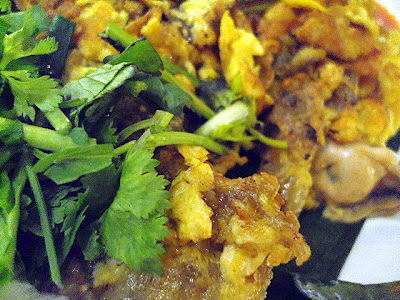 Their fried oyster omelette looked pretty appetising, especially with the plump and juicy oysters. Would have been better if they had used more egg and less flour though. 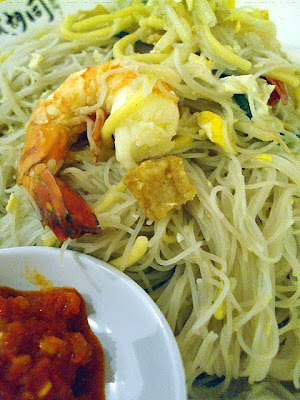 Singapore Hokkien Prawn Mee. Despite its bland appearance, it wasn't bad at all; scoop it up with the fresh, sticky-sweet chilli sauce and it's actually rather addictive. 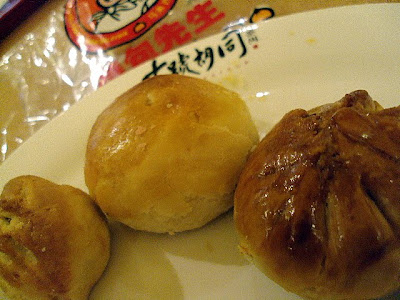 We also sampled the siew bao, pineapple tart and salted egg tart from Mr Siew Bao, which uses a recipe from the reputedly well-known Seremban Kee Mei Siew Pow. Tasted all right, but we were probably too stuffed by now. 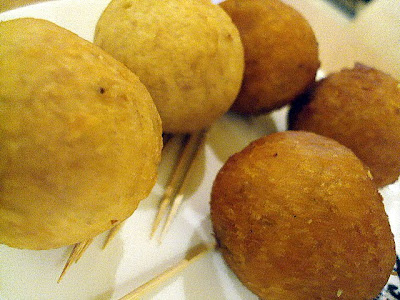 Yam and potato balls that might have sat on the showcase for too long. 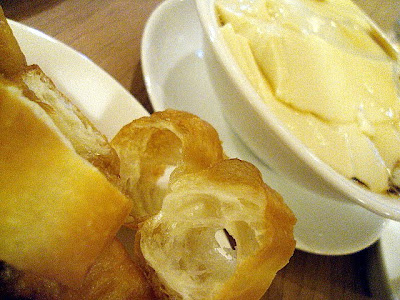 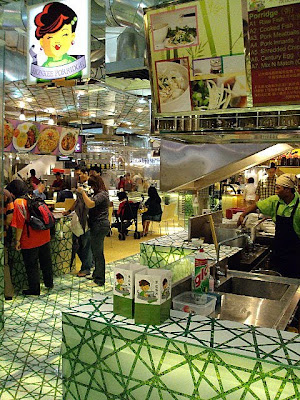