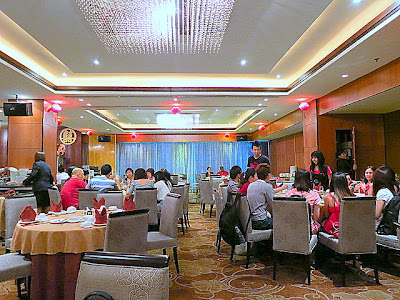 The Lunar New Year feasting is in full swing; BSC's Grand Imperial seems swamped with diners, with few empty tables even on weeknights (this photo was taken early in the evening). 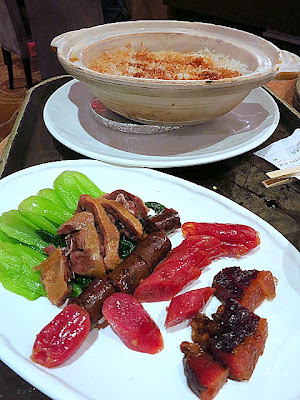 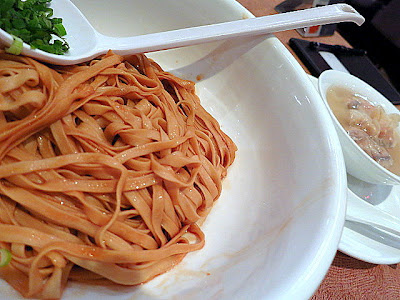 We ordered 'lamian,' expecting to savor the thinnest of handmade noodles. What emerged was this thick version, reminiscent of 'pan mee' instead of the fine threads that outlets like Dragon-I & Crystal Jade offer. Still tasty though, especially with the excellent 'sui kow.' 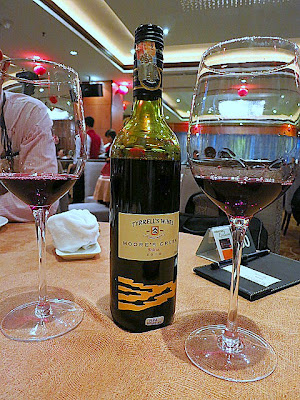 Grand Imperial has a great wine list, but we'd deduct points since there's nothing by the glass. 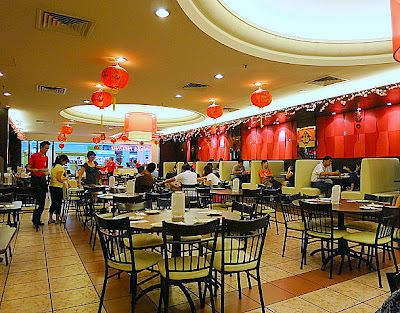 A more wallet-friendly eatery for this season is the venerable Esquire Kitchen, which has branches scattered in malls across the Klang Valley. 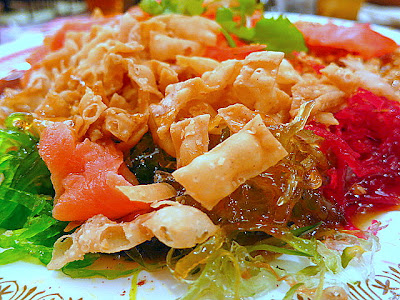 Salmon yee sang, a midsize serving for about RM40. 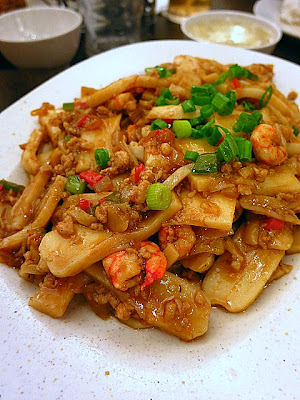 Esquire Kitchen features one of the cheapest CNY sets around, about RM150 for six people, kicking off with Shanghai-style fried rice cakes. 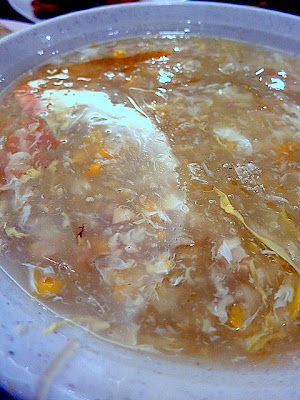 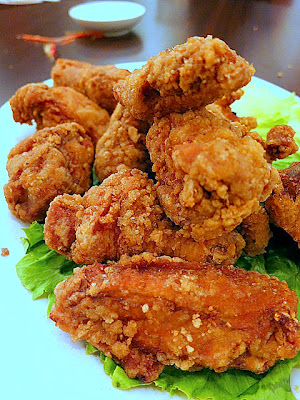 Fried chicken with herb sauce. Everything on the set is OK; not incredible, but not inedible. 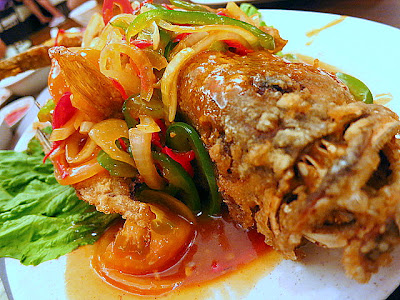 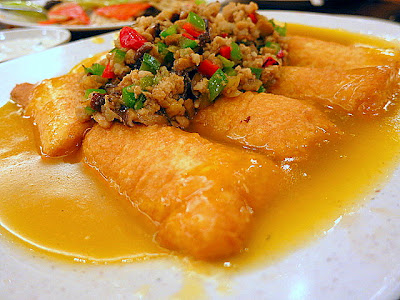 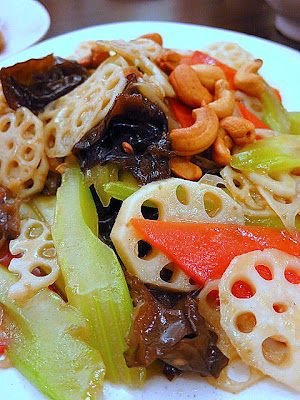 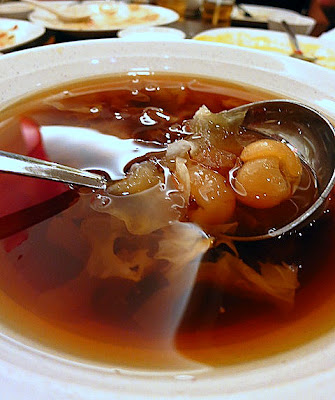