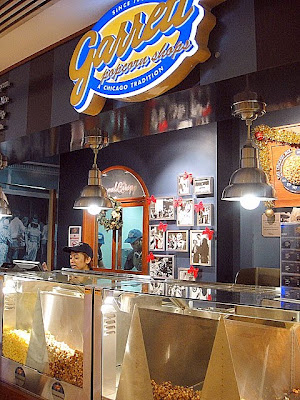 Turns out they were awaiting an auspicious date: after months of anticipation, Garrett Popcorn & Candylicious finally opened at KLCC on 11/11/11. 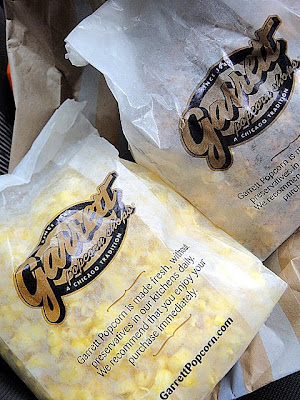 Singapore has already tasted the Chicago-based Garrett's premium popcorn, but now it's Malaysia's chance. Plus, Garrett will also have a 1 Utama branch soon. Prices start at nine ringgit for a small bag that two can share, but the less basic flavors cost RM16 a bag. 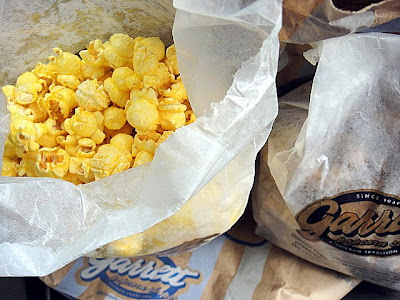 Limited varieties were available for Garrett's first morning: the classic buttery type was like a blast from the past, reminding us of what the TGV cinema chain once offered years ago, back when its popcorn was near-perfect. Crisp, fluffy & yes, brilliantly buttery. 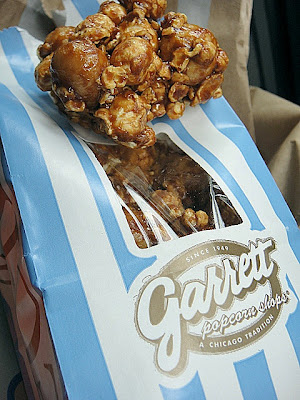 Also addictive: the signature CaramelCrisp, distinguished by Garrett's description of a "brown sugar & creme brulee crunch." We never realized popcorn could be called full-bodied, but this sure is _ heavy & richly flavorsome, though not cloyingly sweet. The CaramelCrisp comes with optional nuts: almonds, pecans or macadamias. 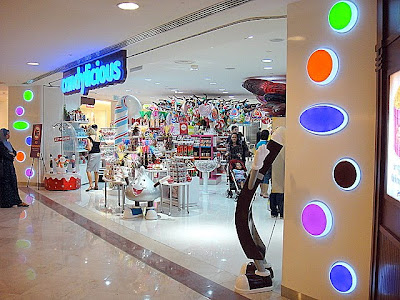 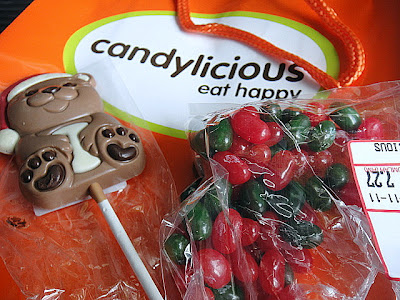 We made a beeline for the jelly beans, which come in a dizzying range of dazzling flavors like cinnamon & watermelon, pleasurably chewy but punishingly sugary. Also available now are Christmas confections such as this Belgian chocolate Santa bear. 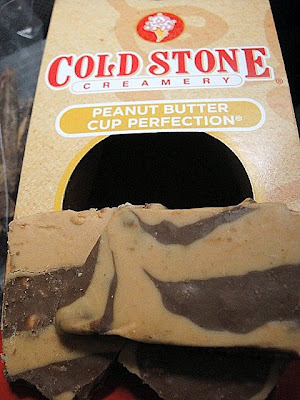 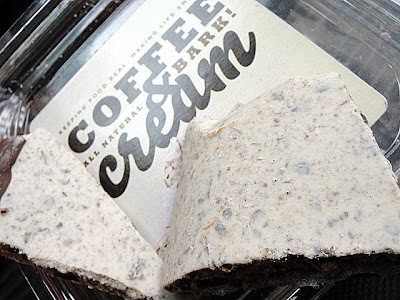 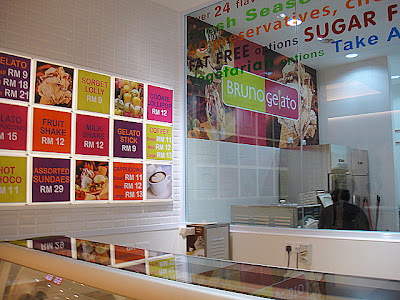 But wait! Garrett & Candylicious are actually part of a triumvirate here at KLCC's concourse; sometime in the next few days, Bruno Gelato will also open. Weight watchers, tremble. 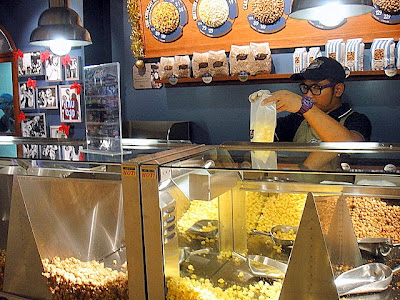 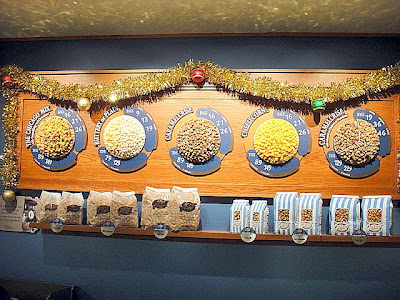