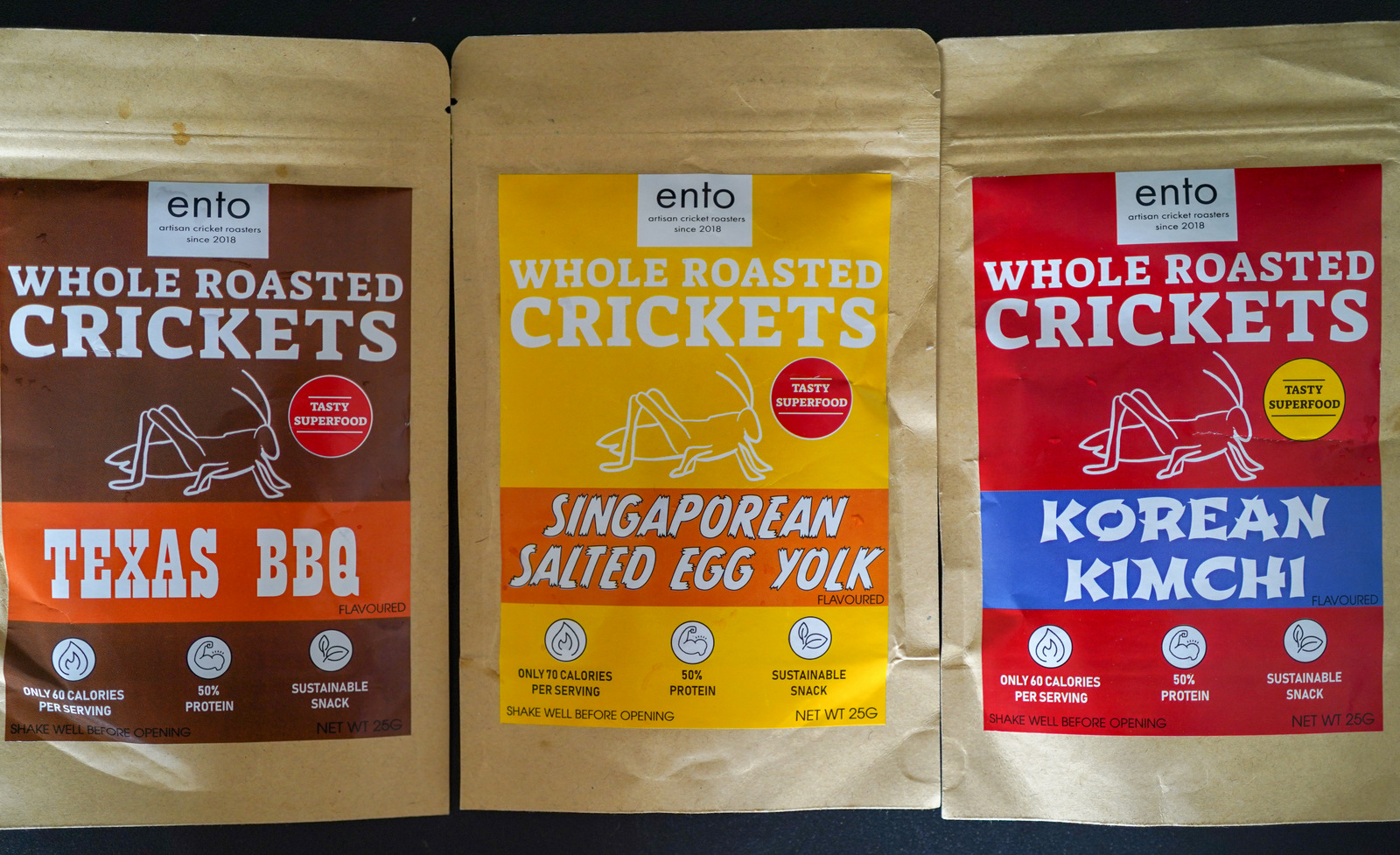 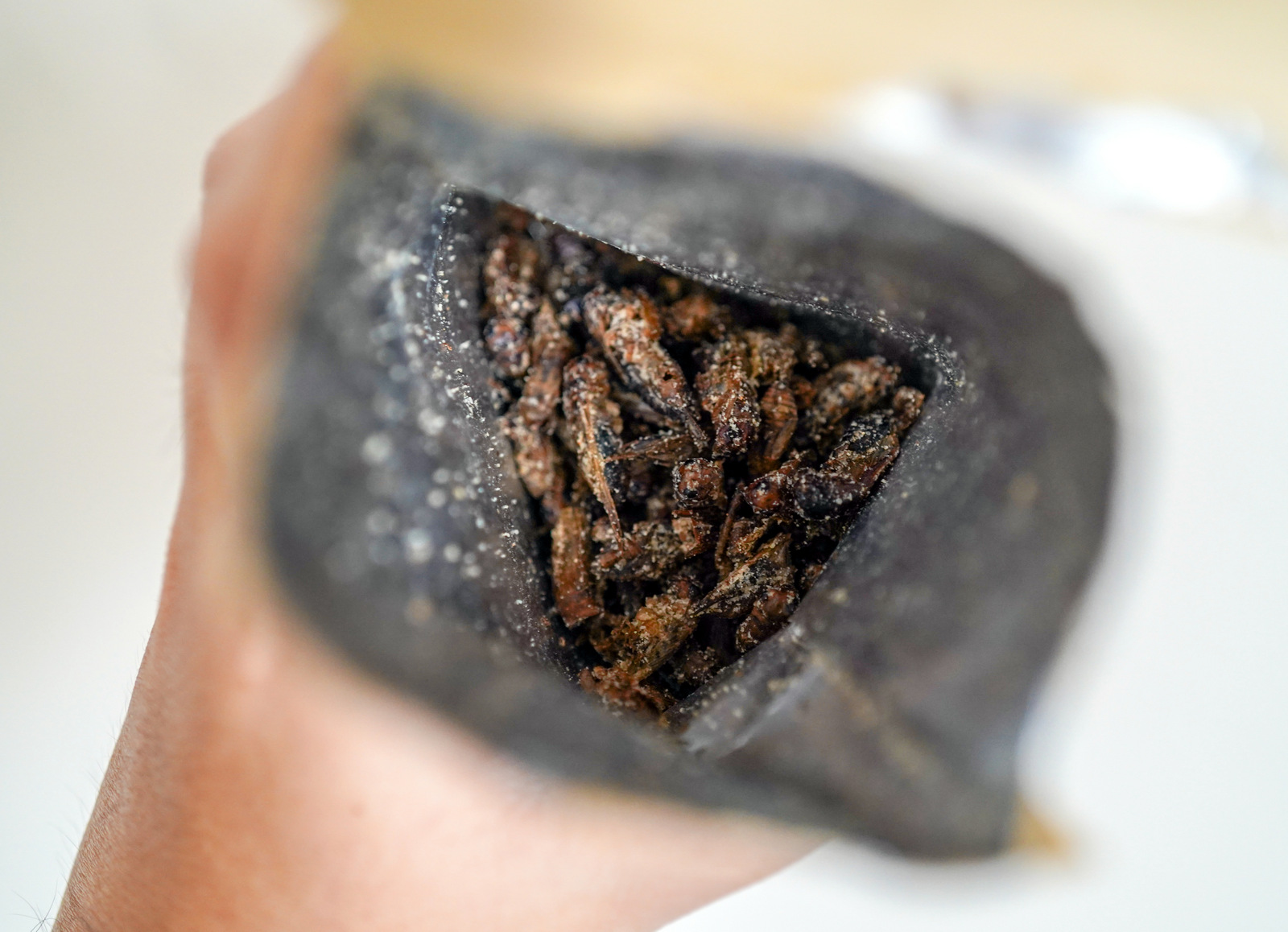 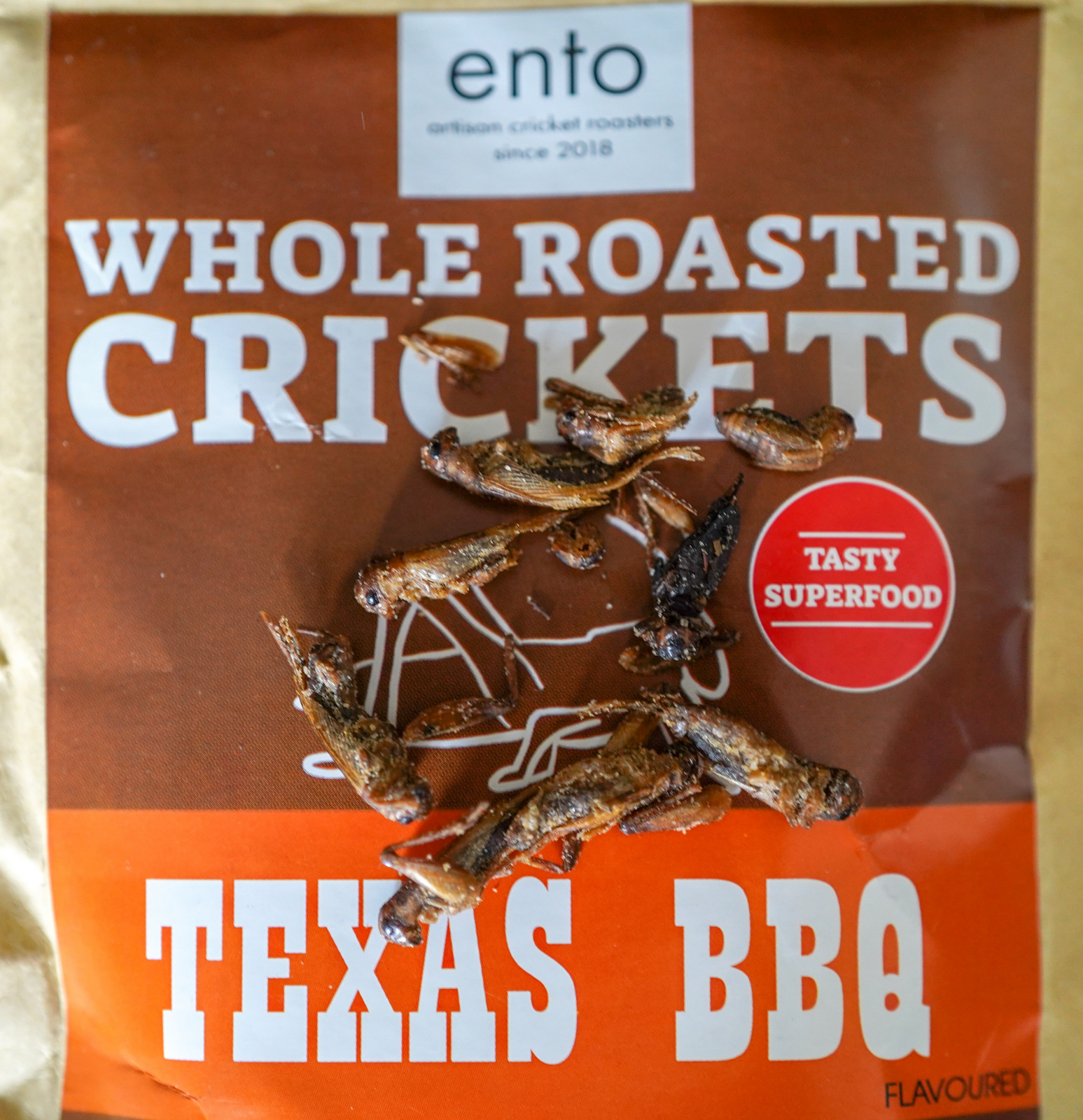 These crickets are "farmed in controlled environments," according to Ento. For the truly entomophobic, the Texas BBQ flavour is the best bet, with a sweet-savouriness similar to Twisties, spiced with black pepper powder, onion, garlic and cumin. Close your eyes and dig in - the insects are whole-roasted, direct from farm to roastery, so they're clearly crickets, with a gritty, nutty earthiness characterised by Ento as a cross between shrimp and toasted almonds. 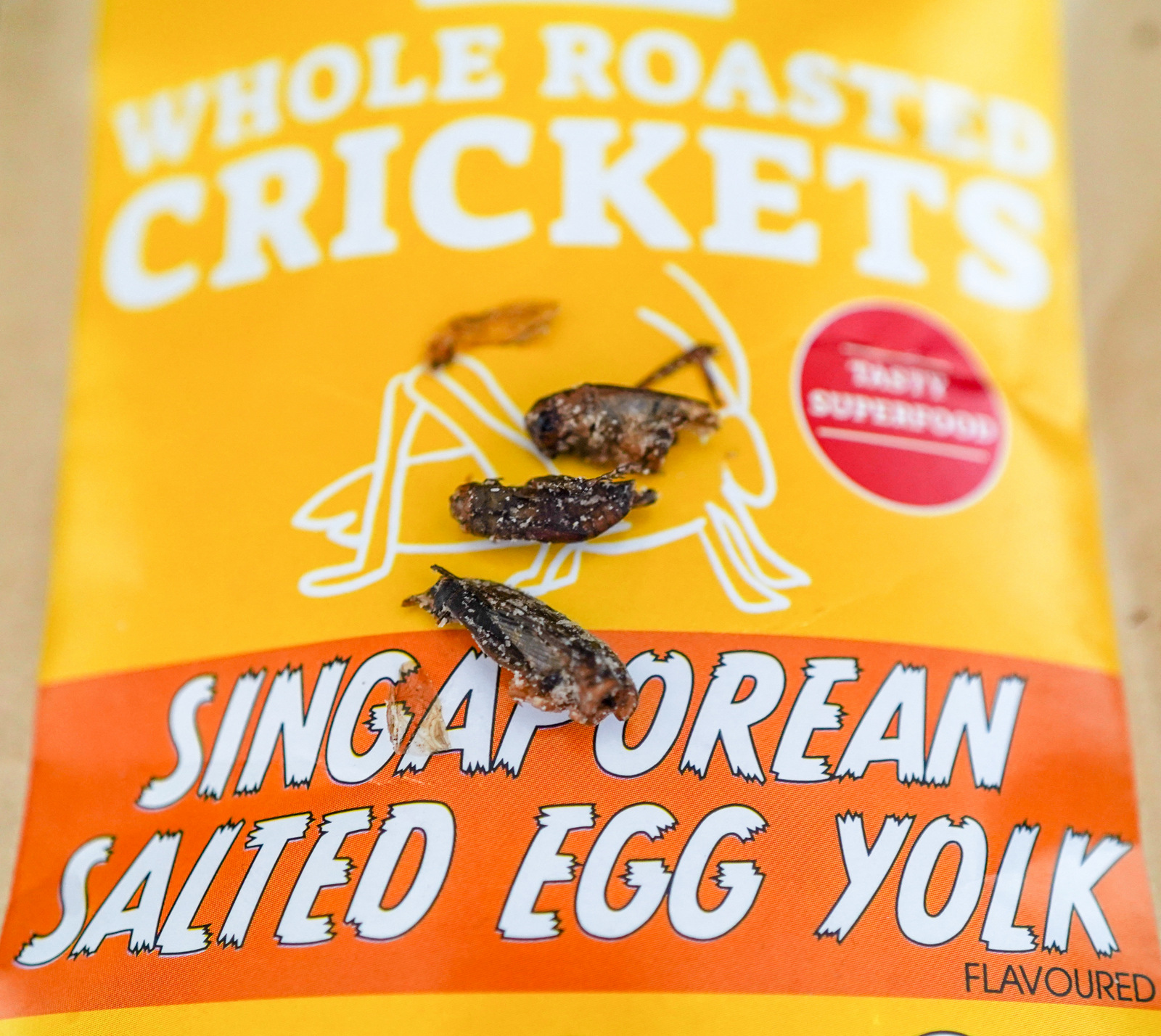 The Salted Egg Yolk seasoning is mild, so it probably masks the crickets' natural flavour the least. The third choice is Korean Kimchi, with a spiciness that distracts you from how you're munching on an assortment of leathery legs, antennaes and wings. 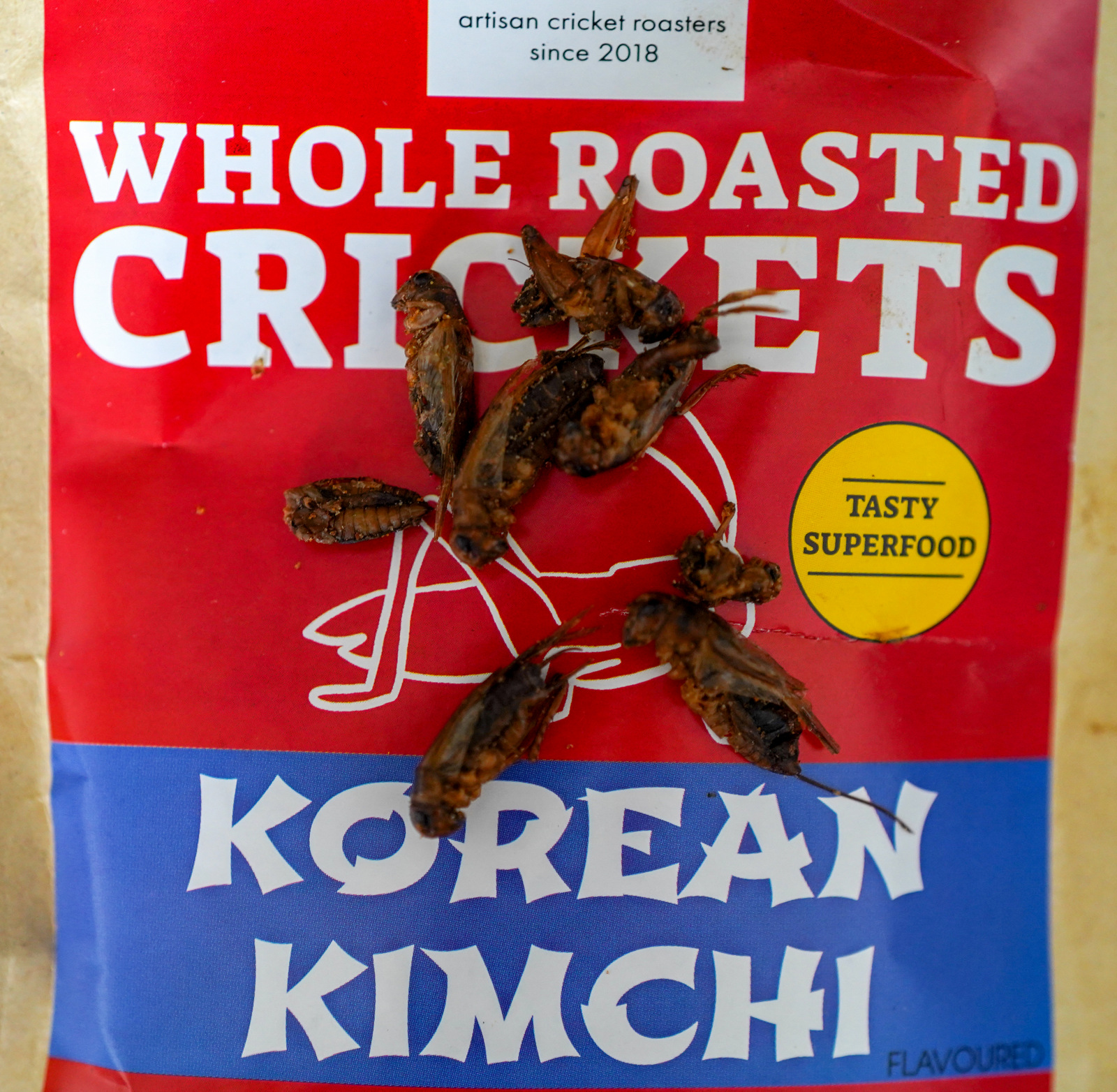 Each 25-gram packet of these crunchy critters costs RM19.90 and can be ordered on ento.my