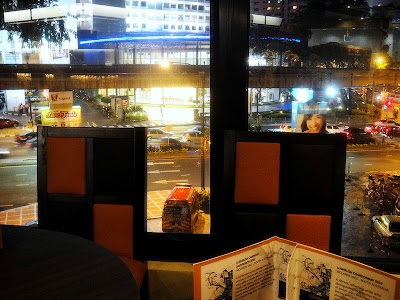 Dirty Nelly's has cultivated a reputation as a nice suburban watering hole over the past year, so it's cool to see it venture into the city, where its second branch recently opened at Life Center.
Entries on Dirty Nelly's @ Damansara Jaya: Feb. 2011 and March 2011. 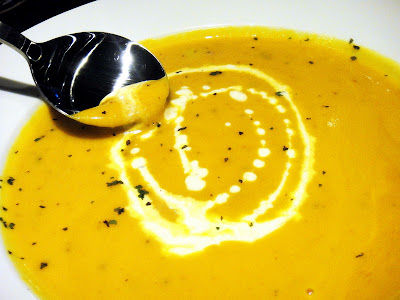 Hot, sweet comfort on a cold night: pumpkin and squash broth, thickly blended with nutmeg and topped with vanilla-laced sour cream. Should soothe both the stomach and the spirit. 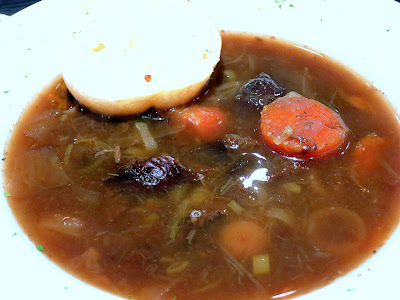 Cock-A-Leekie soup, the traditional Scottish winter warmer, with chicken, leeks and prunes. Tastes relatively homemade; whether that's complimentary or not is arguable. 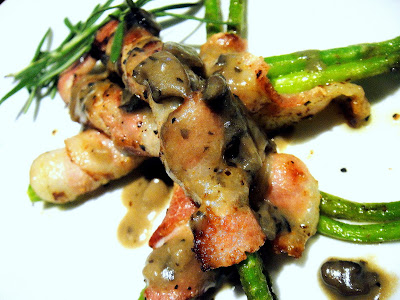 "William and Kate," wittily named _ the former referring (for reasons unknown) to the asparagus, the latter to the wrapping of butter-sauteed bacon. A harmonious (culinary) union. 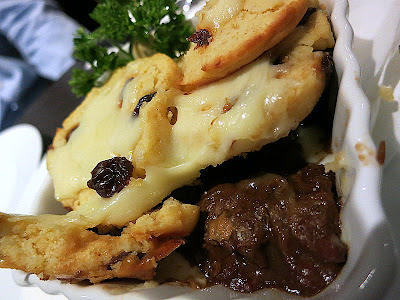 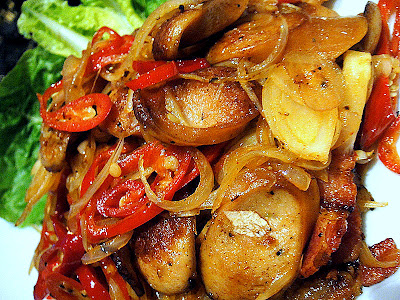 Sliced pork sausages with back bacon, chilies and onions. Sounds like run-of-the-mill pub grub, but it's deliciously executed. Spectacularly juicy, not sickeningly oily. 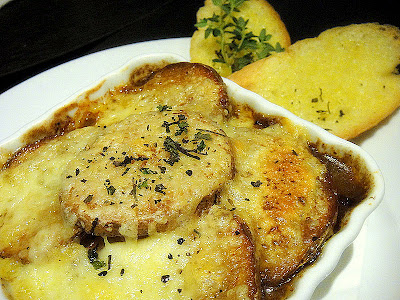 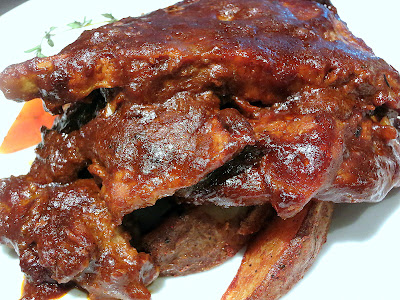 Here comes the parade of pork, kicking off with some succulent ribs. 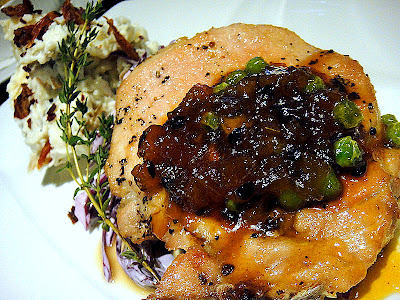 Pork chops with apple-cabbage slaw and house-made passion fruit sauce. It's like the chef wondered what he should add to the menu, then thought to himself, "let's give 'em something to really sink their teeth into!" 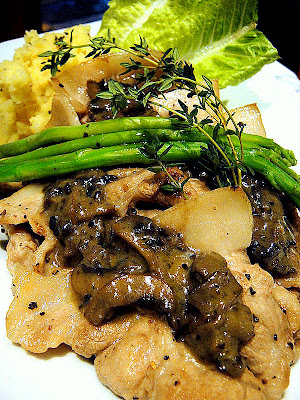 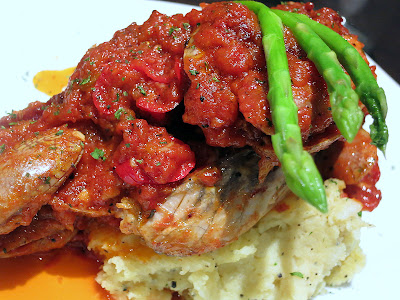 Even the sea bass gets the pork treatment, smothered with bacon and clams for a flavor boost. 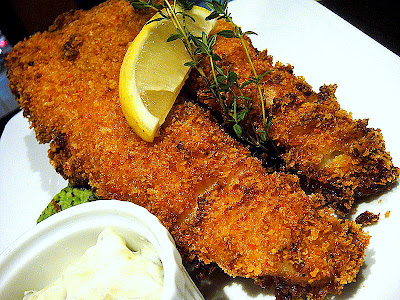 Fish and chips, battered to perfect crispness, with mushy peas, tartar sauce and malt vinegar. The fish was fresh, though the fries buried below were forgettable. 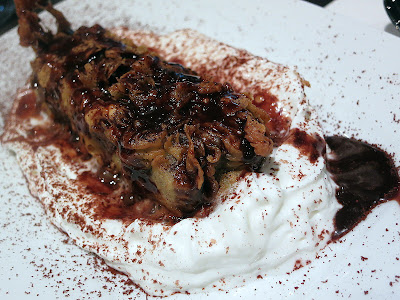 Desserts here are as sinful as hell; check out the deep-fried chocolate bar with cream. 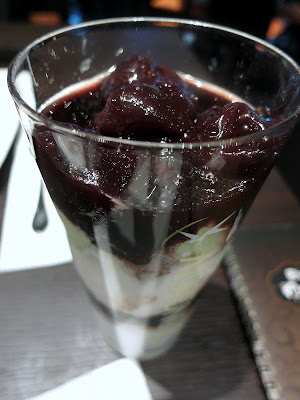 Sherry trifle, nothing to trifle with, as far as its calorie content is concerned. 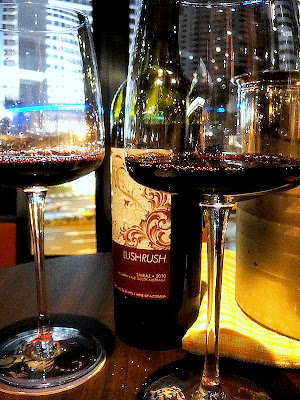 Wine is available, but only by the bottle so far. 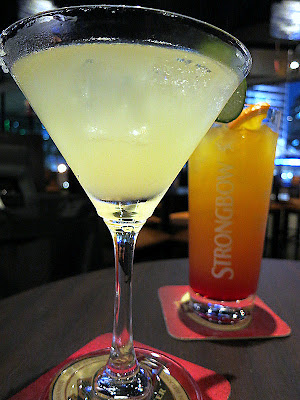 The choice of cocktails is also limited for now to classics like margarita and tequila sunrise. 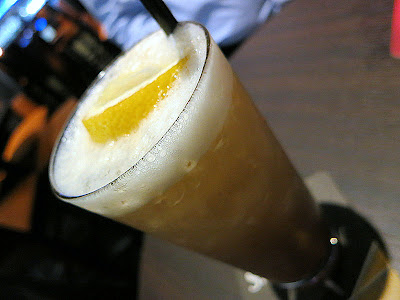 Oh, and the long island iced tea, of course. A bit on the pricey side too. 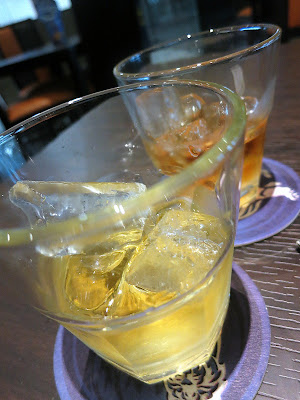 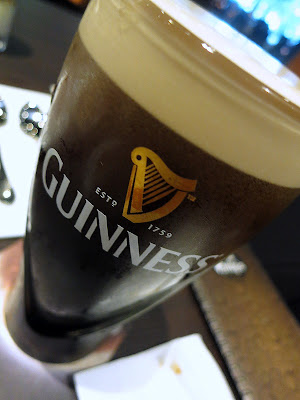 But most of Dirty Nelly's customers stick to Guinness. 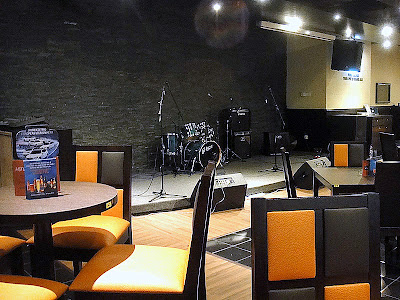 The food and booze above were consumed on three separate evenings since early May. Why did we keep returning? Because the dish we wanted to order _ Nelly's Belly, spice-braised pork belly _ was repeatedly unavailable. We've given up now; Nelly's Belly and ours are fated to never meet. 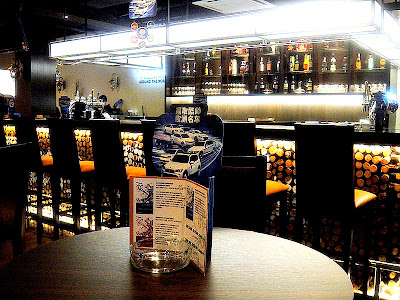 One more warning: the music at Dirty Nelly's can get pretty loud, pretty early in the evening. 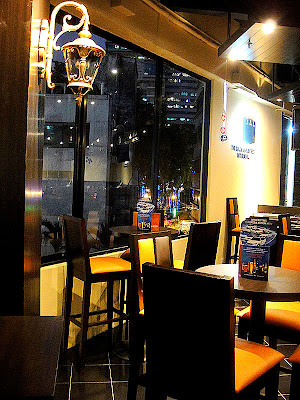