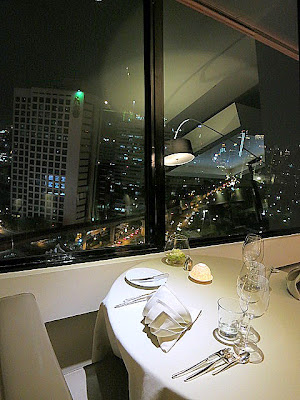 Reputedly one of Thailand's top French establishments, with a lovely view of Bangkok from the 22nd floor of the Dusit Thani hotel. 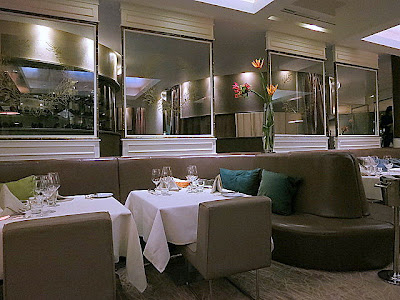 D'Sens was first launched in collaboration with France's Pourcel twin brothers, who claim the distinction of being the youngest chefs to receive three Michelin stars for their restaurant, Les Jardin Des Sens, in Montpellier. 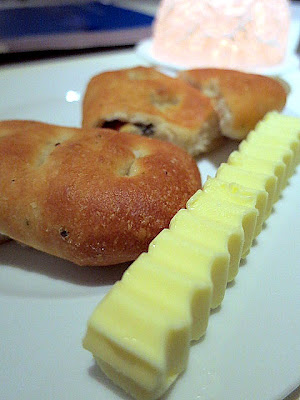 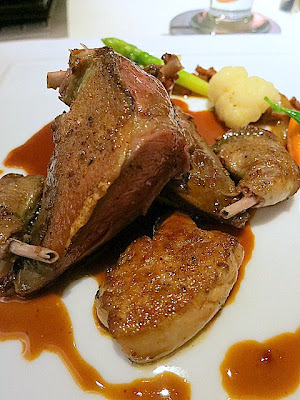 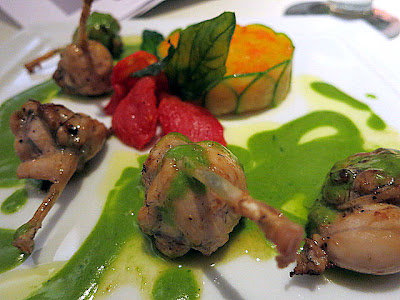 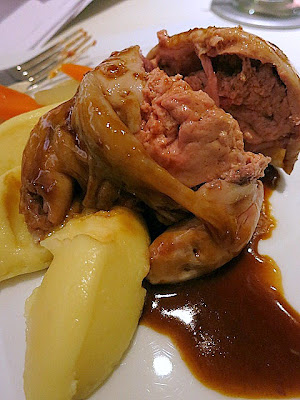 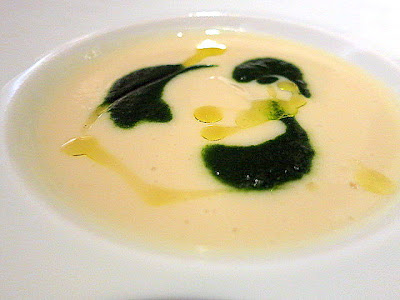 Complimentary cauliflower soup to put smiles on our faces. 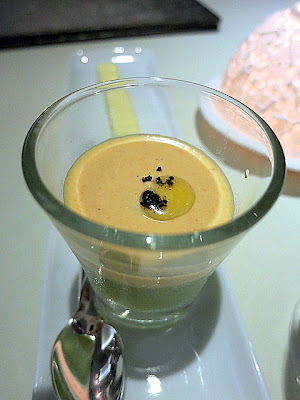 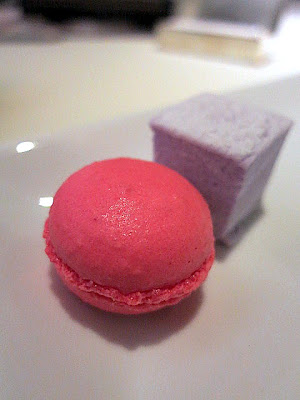 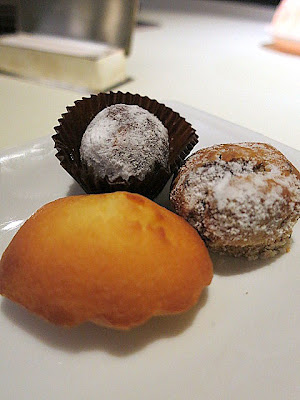 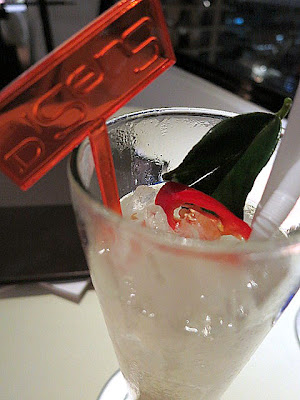 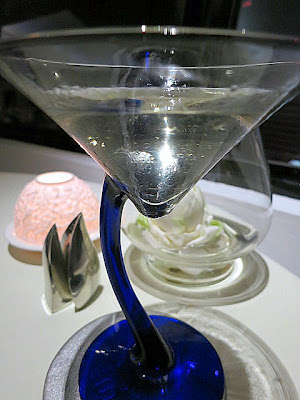 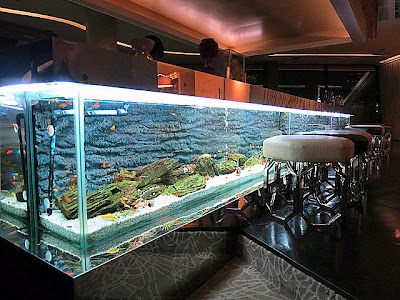 Have a nightcap at the bar table, an aquarium-like structure filled with fish. 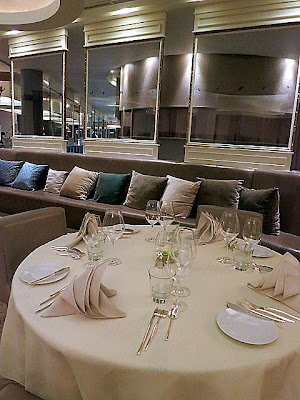 Reservations are likely not needed, since there were only about five occupied tables on a weeknight. A shame, since service is spectacularly polished here. 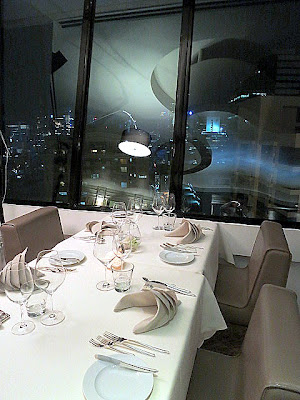 D'Sens,
Dusit Thani Hotel, Bangkok, Thailand.
Find us on Find us on