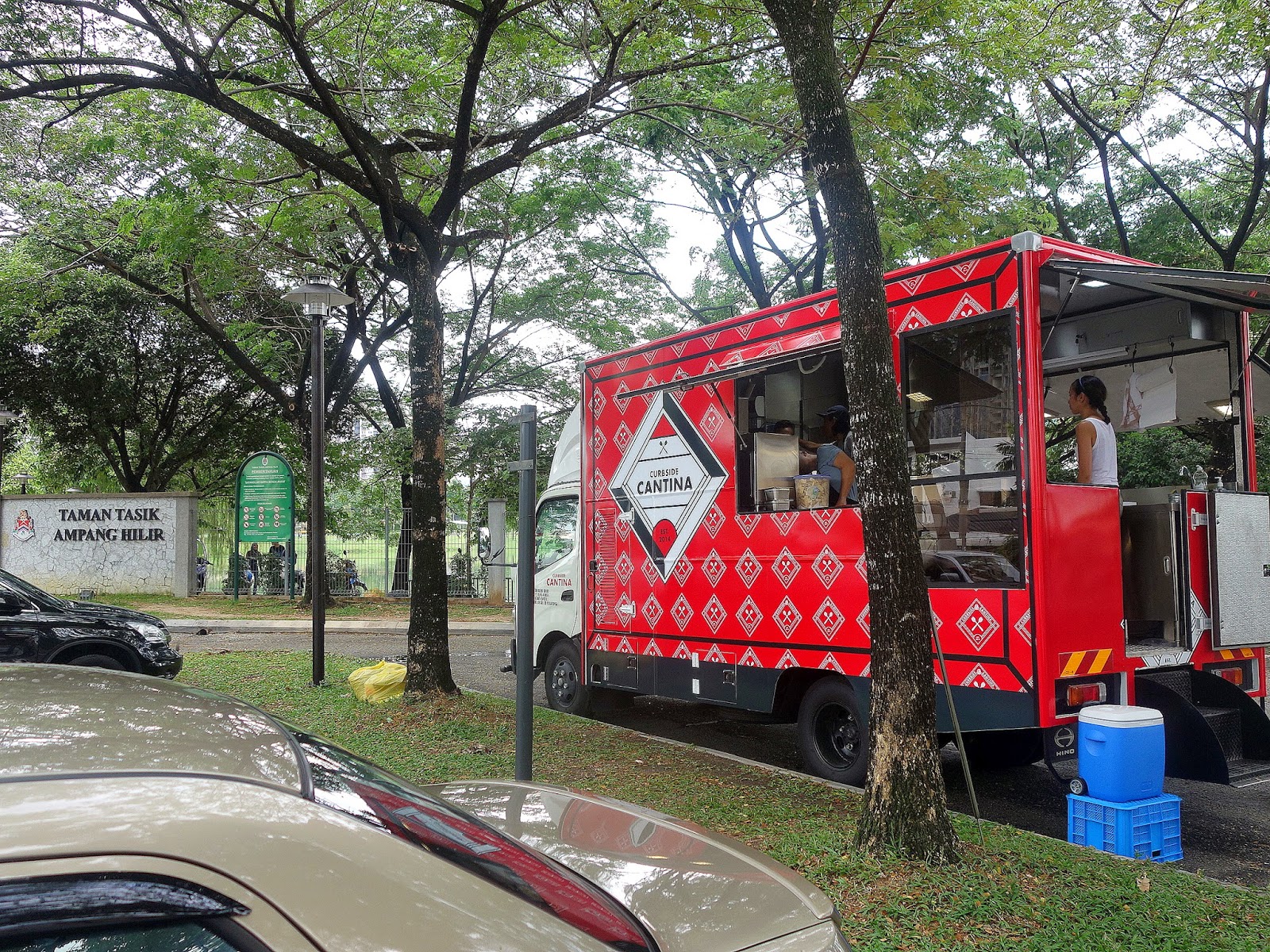 Mexican mania is on the move in Malaysia: This month, we welcome & introduce two new businesses that're trying to tempt customers with tacos & salsa, starting with street truck Curbside Cantina. 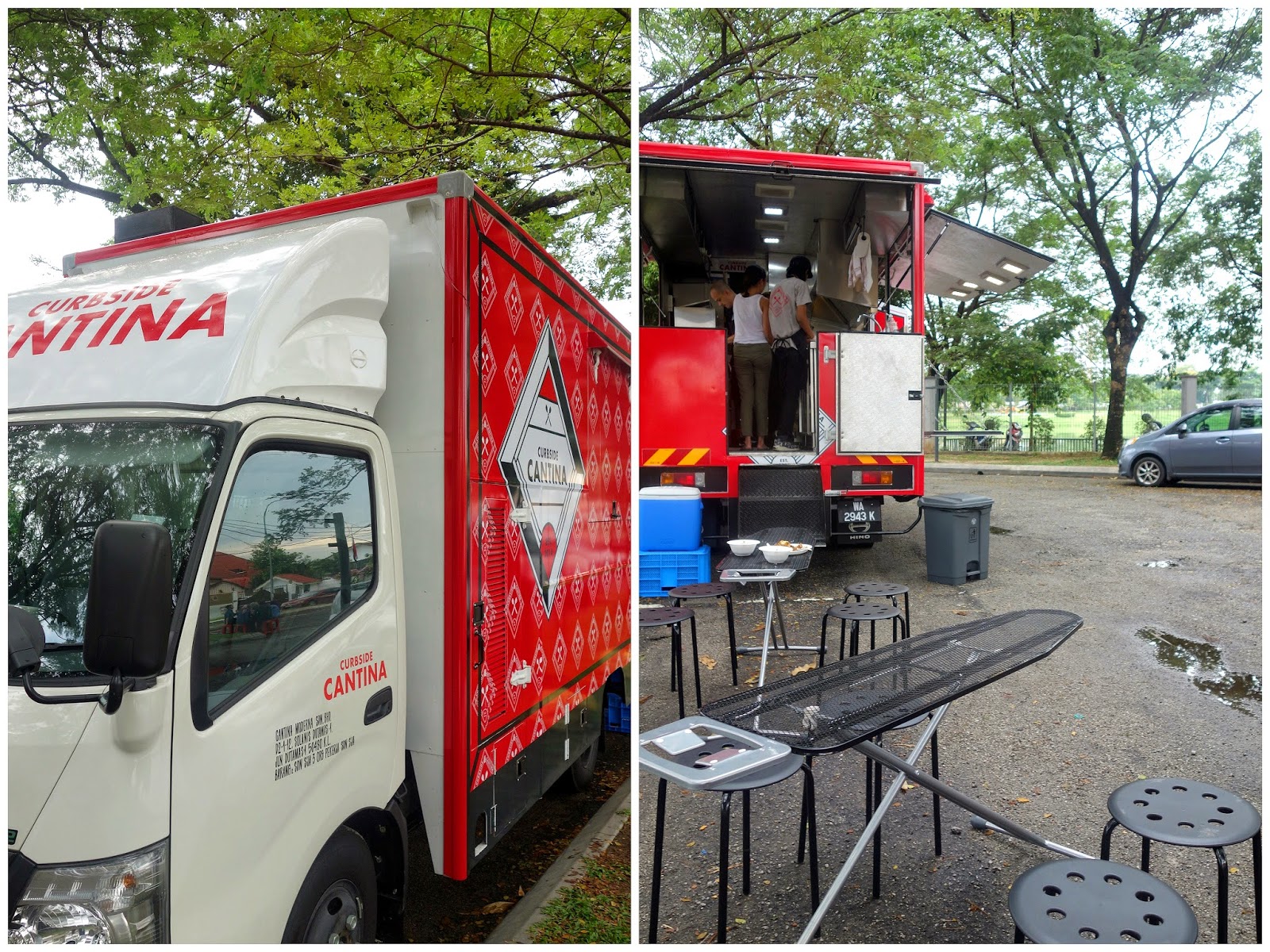 We found this vibrantly colourful vehicle making its debut at the Taman Tasik Ampang Hilir parking lot, less than a 15-minute drive from KLCC. Its business hours & locations remain uncertain, but it's expected to be near Jalan Tun Perak at lunchtime later this week, with plans to also stake a claim outside GTower & Persiaran Hampshire from time to time. The only way to know for sure is to stalk 'em on Instagram at @CurbsideCantinaKL. 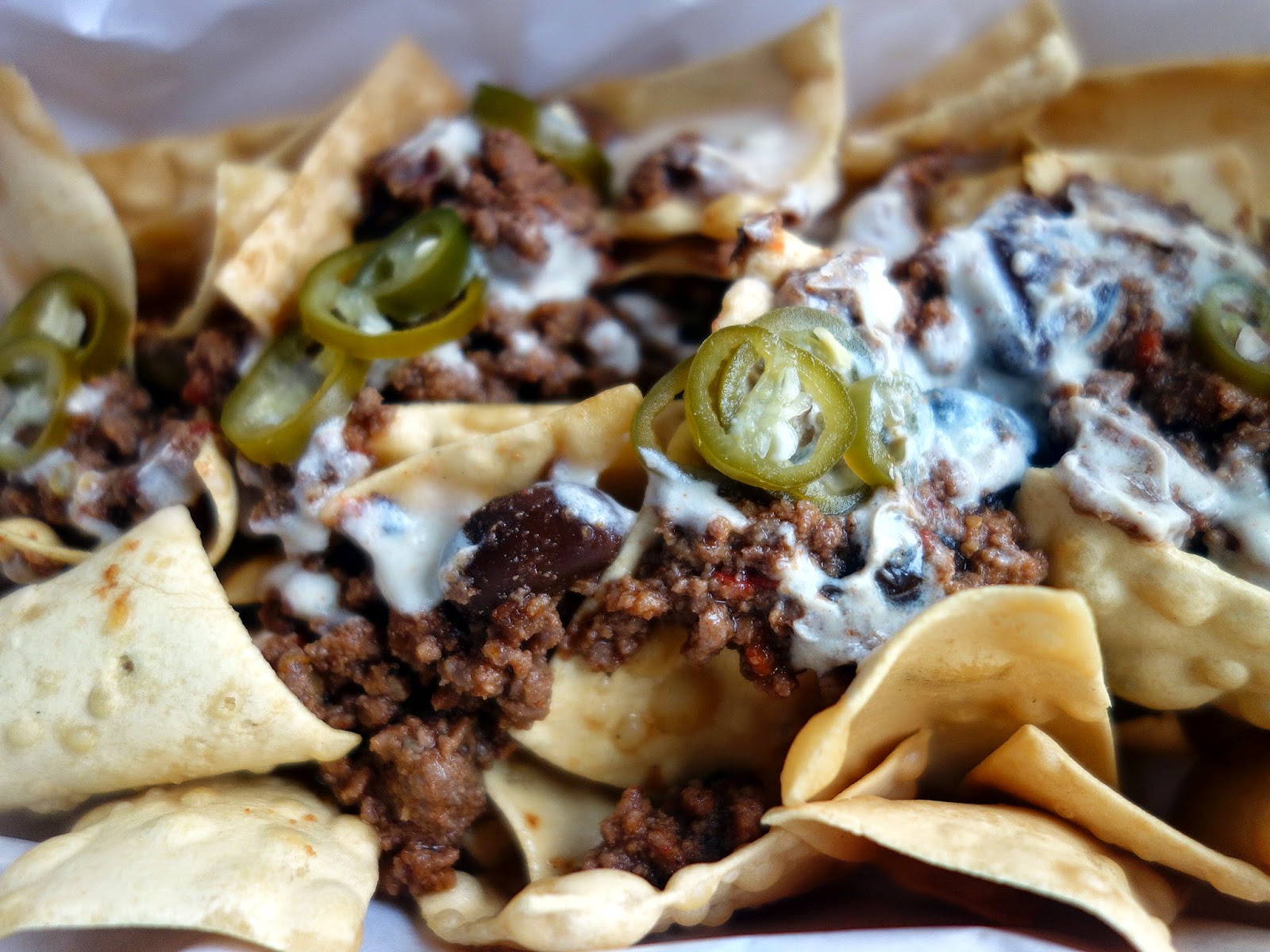 Curbside Cantina crafts mainly Mexican-influenced recipes with love-it-or-hate-it twists, like this chili con carne with Indian papadums instead of tortilla chips. It's no less than what folks might expect from truck owners Tubby & Noreen, the friendly & creative Malaysian couple who founded the late, lamented Pink Sage (they're back! but in a new, leaner incarnation). 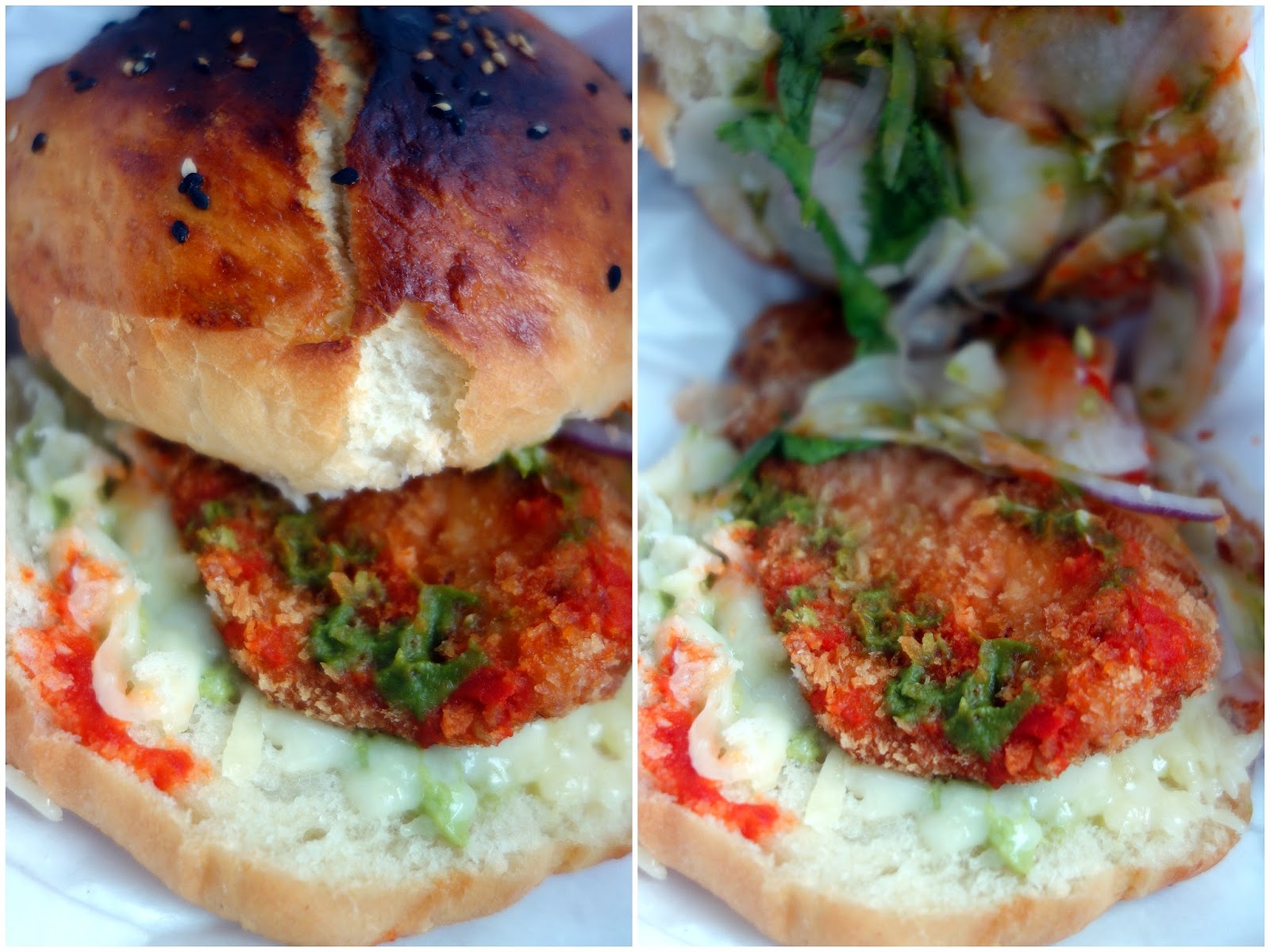 Our favourite is the 'cemita' burger, inspired by the Mexican sandwich of that name, comprising chicken with avocado, cheese, herbs & spices for a hearty meal with unique, nicely balanced flavours. Well worth RM10, the cost of each of Curbside Cantina's very reasonably priced offerings. Oh, chicken tacos are also available. 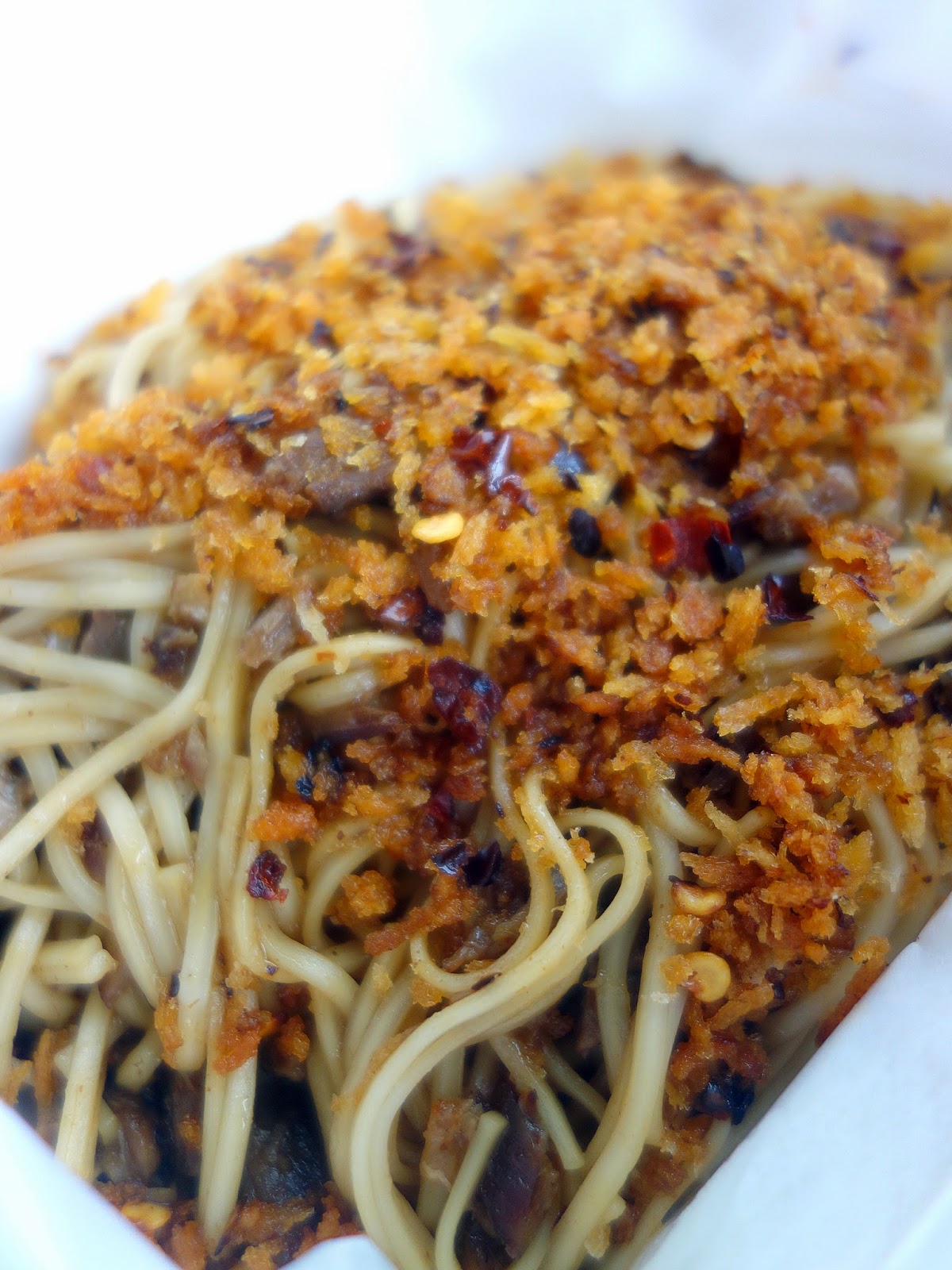 We're less enthusiastic though about these noodles with slow-braised beef, which carried something of an off-putting, almost alkaline flavour. Noreen acknowledges this one isn't exactly Mexican, but the truck is still finding its footing for what'll sell well. We think we'll be seeing & hearing lots more about Curbside Cantina (which can also be hired for events) in the months ahead. 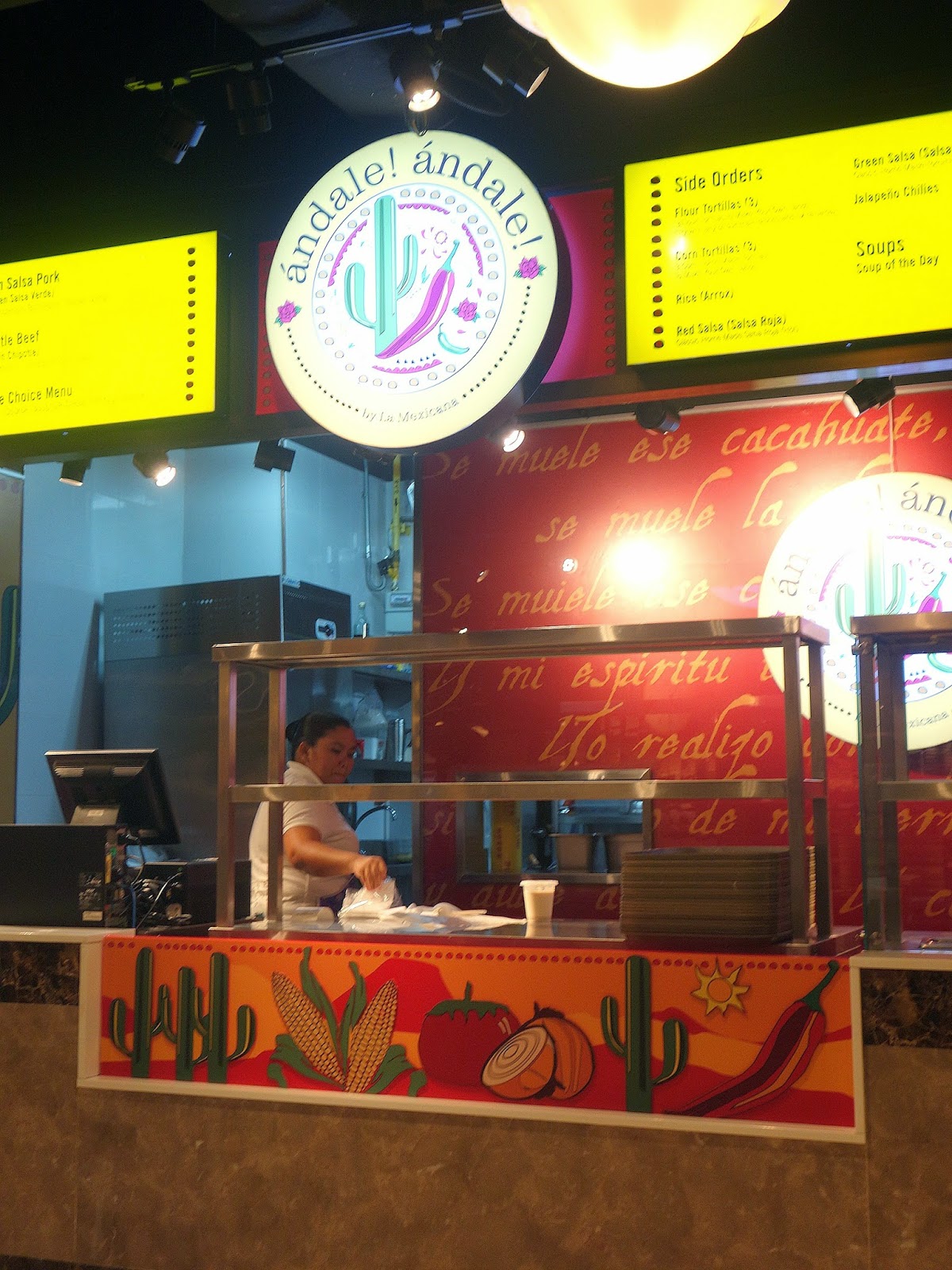 We also bid 'hola' to Andale! Andale!, equally new in the city centre. This one's in the food court of The Intermark on Tun Razak, helmed by another couple, Stephen & Carmela, the English-&-Mexican force behind Terrace At Hock Choon's La Mexicana. 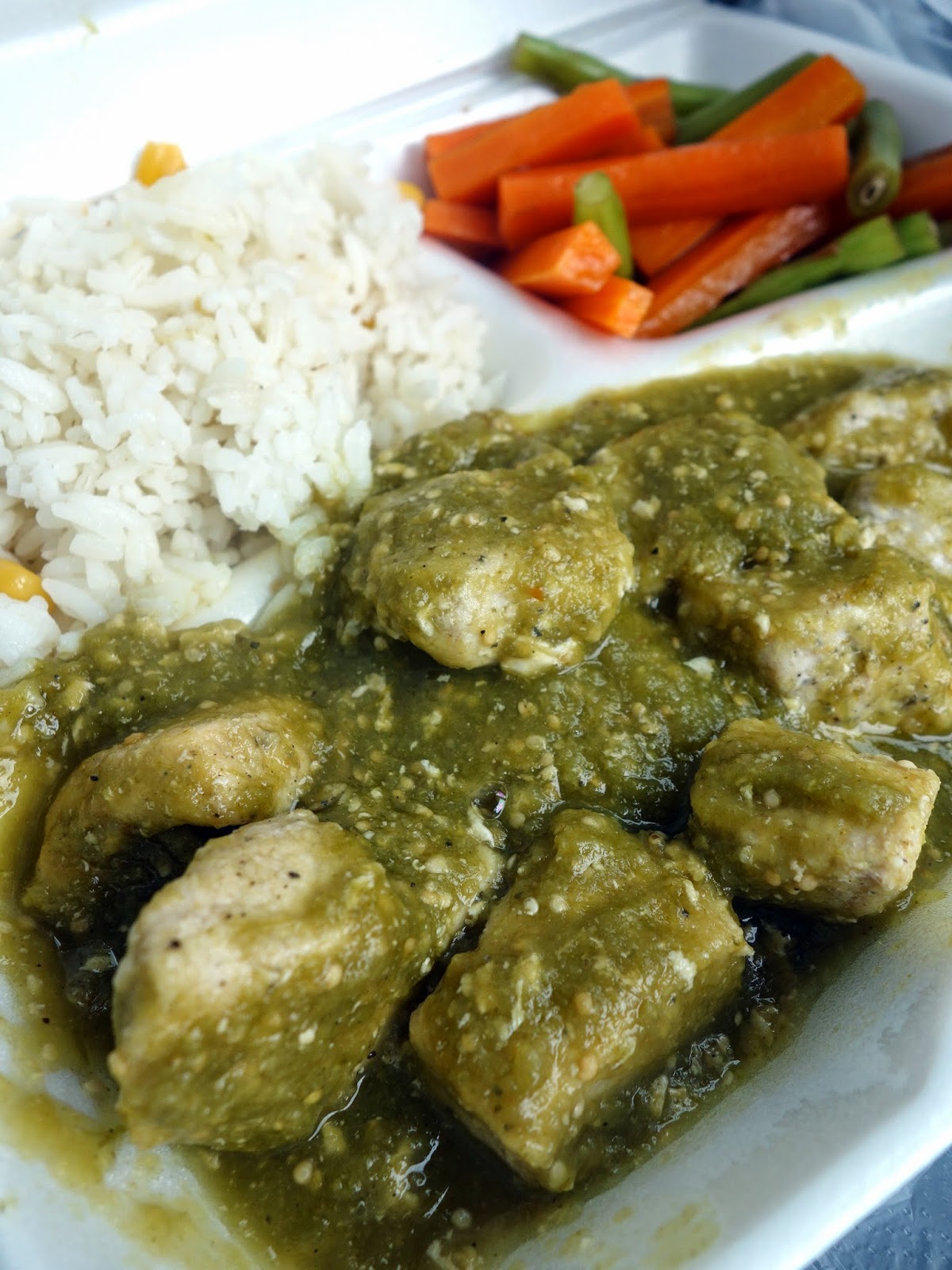 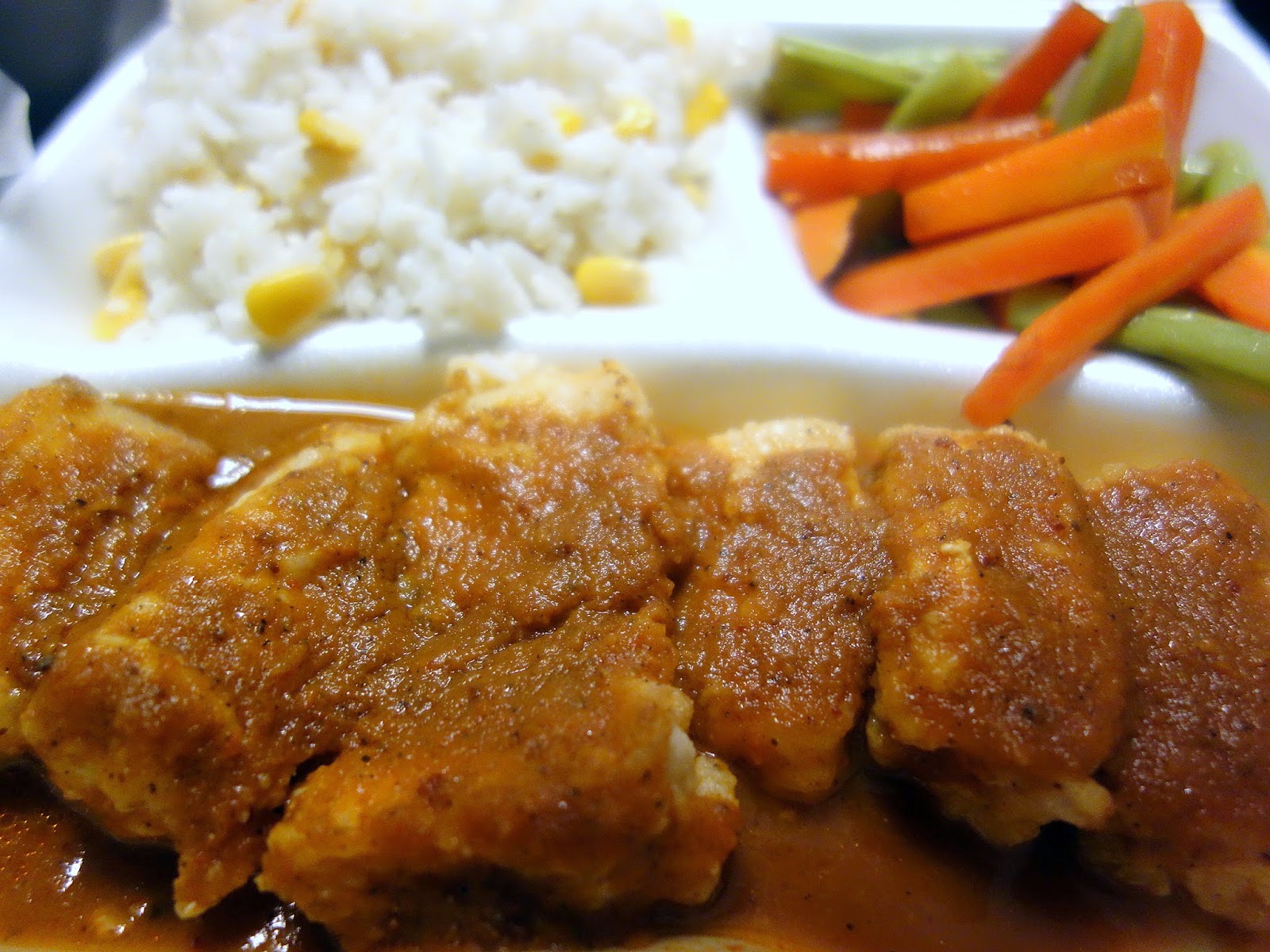 Fish with morita-style chili sauce (RM11.50). Texturally terrific, with a tasty sauce, though the fish had a bit of an odd flavour that could possibly be blamed on storage issues. Customers can also order house-made corn tortillas (RM3.90 for three) to make their own fish or meat tacos with these courses. 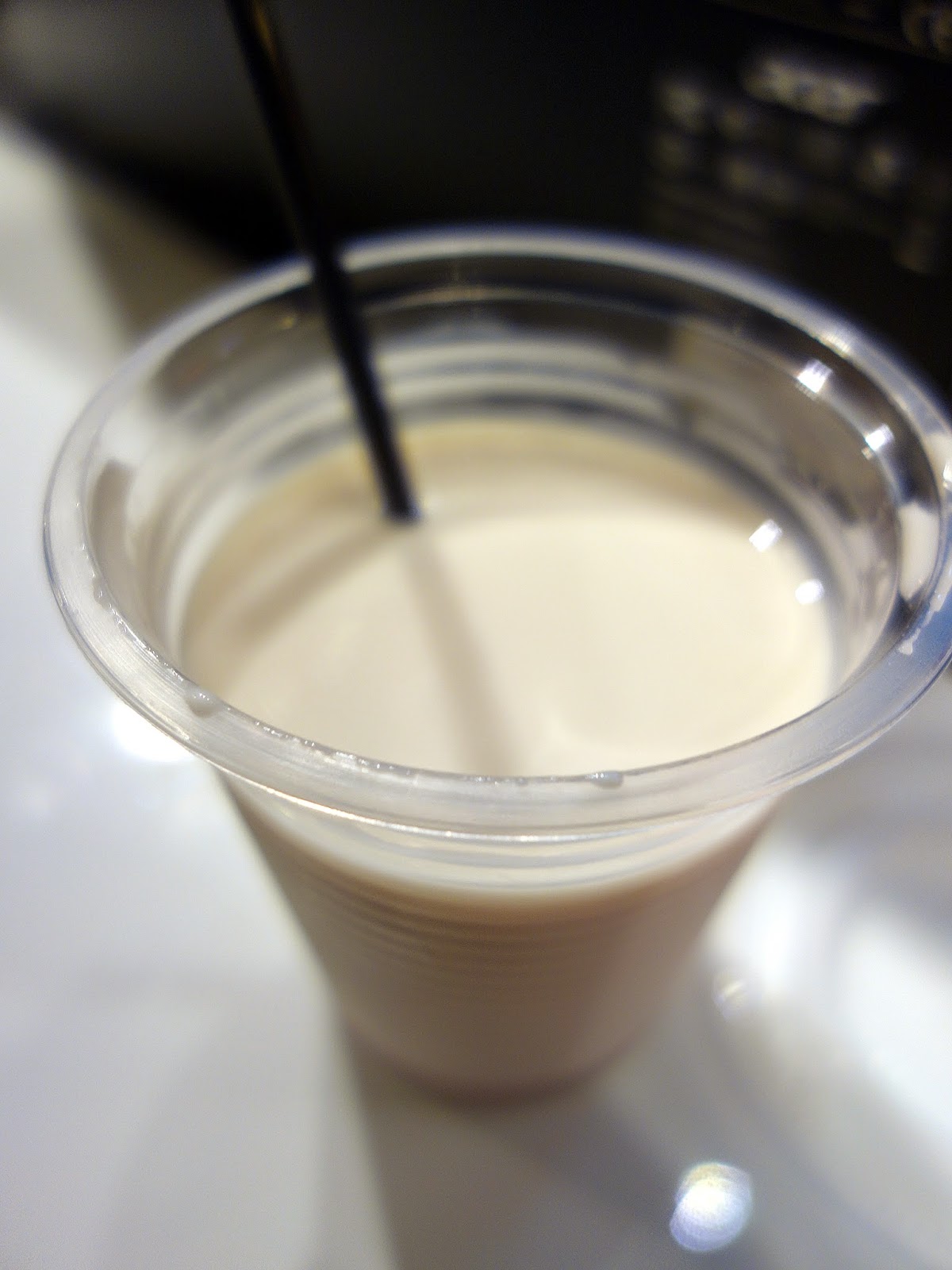 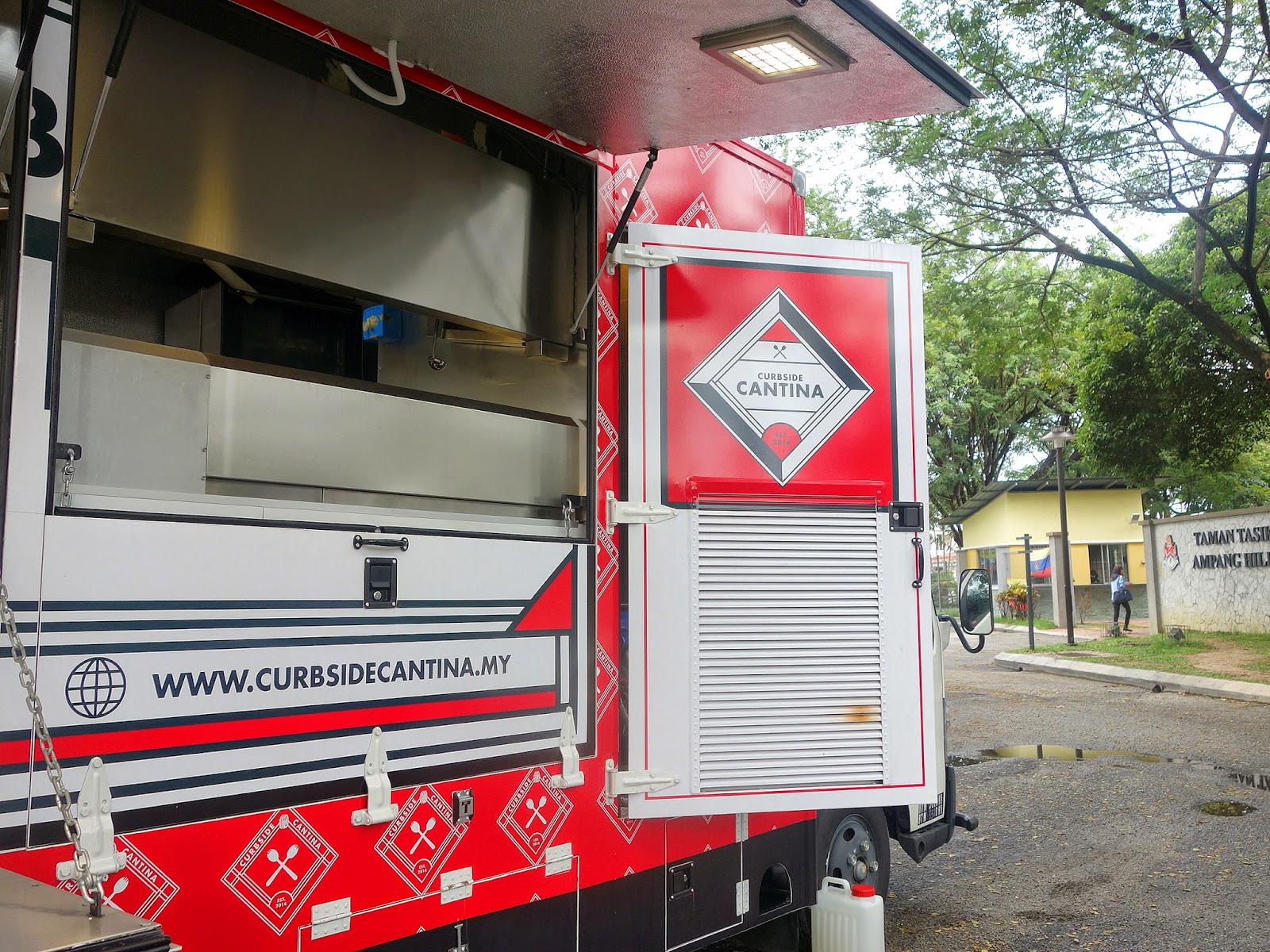 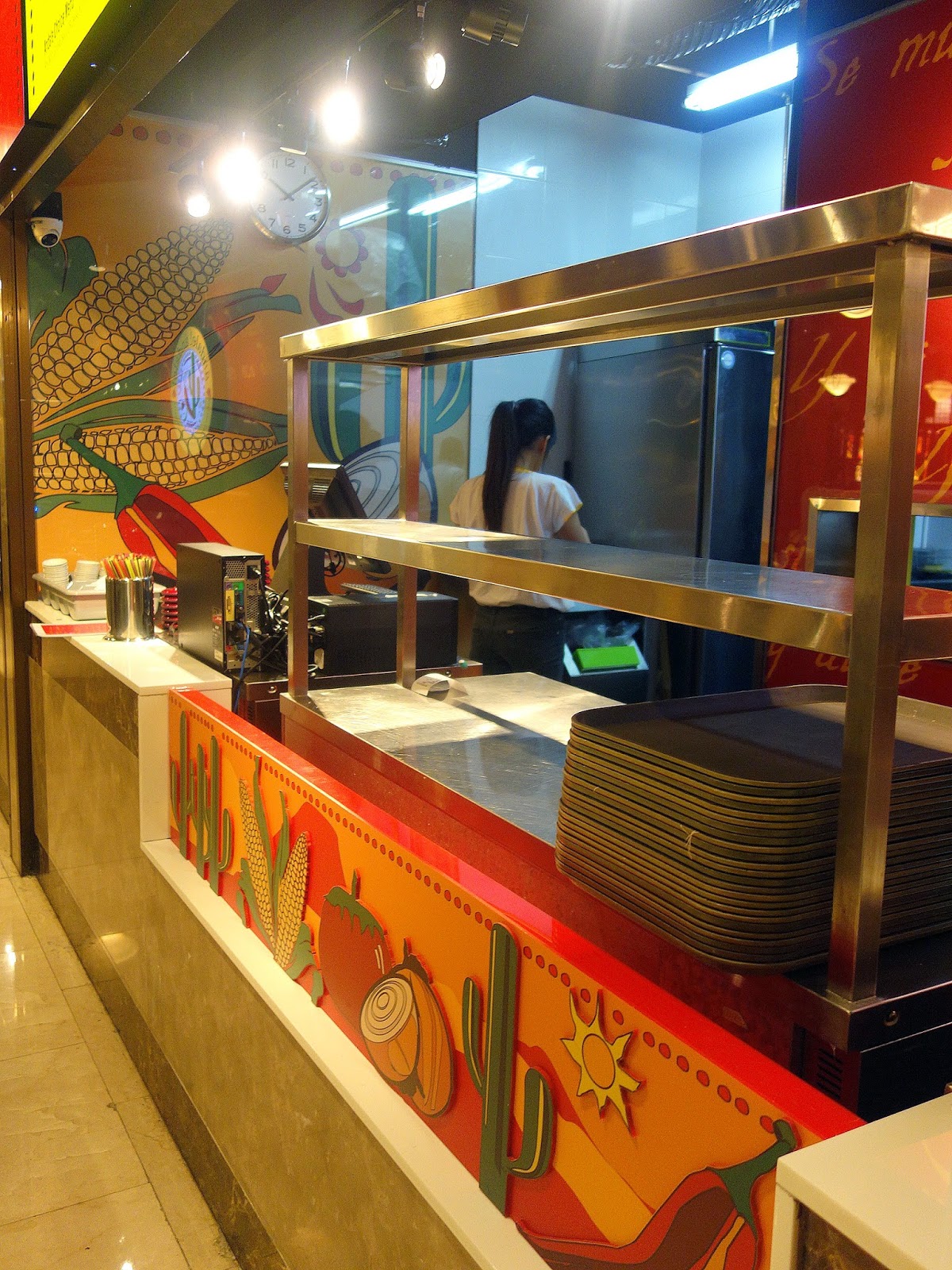