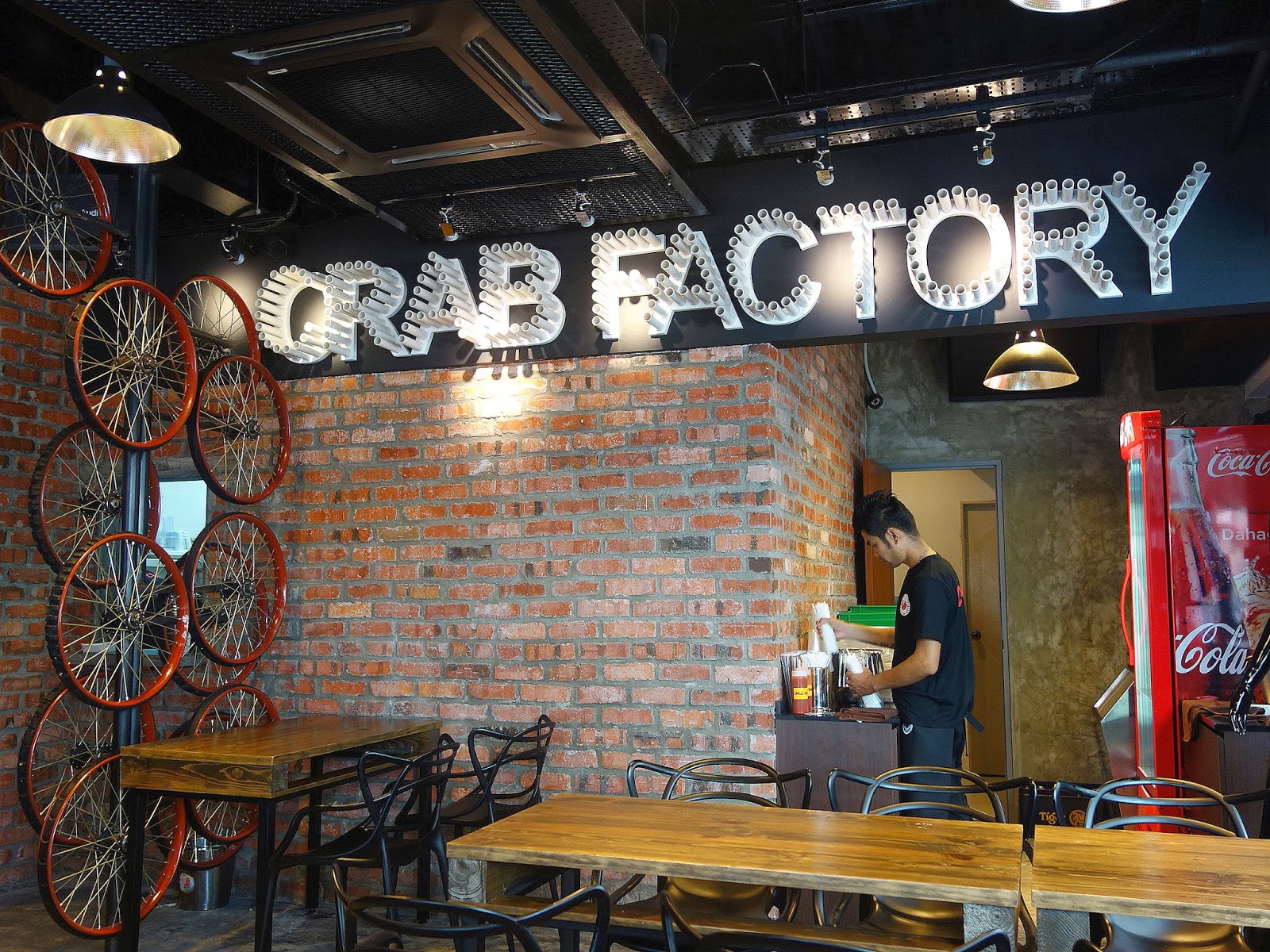 The Big Easy is roaring into PJ's SS2, courtesy of Crab Factory, opened this month by a merry band of Malaysians who once swung through southern Louisiana on a summertime road trip spiced up by Creole & Cajun cooking & swore to bring home their tastiest recollections of the bayou. 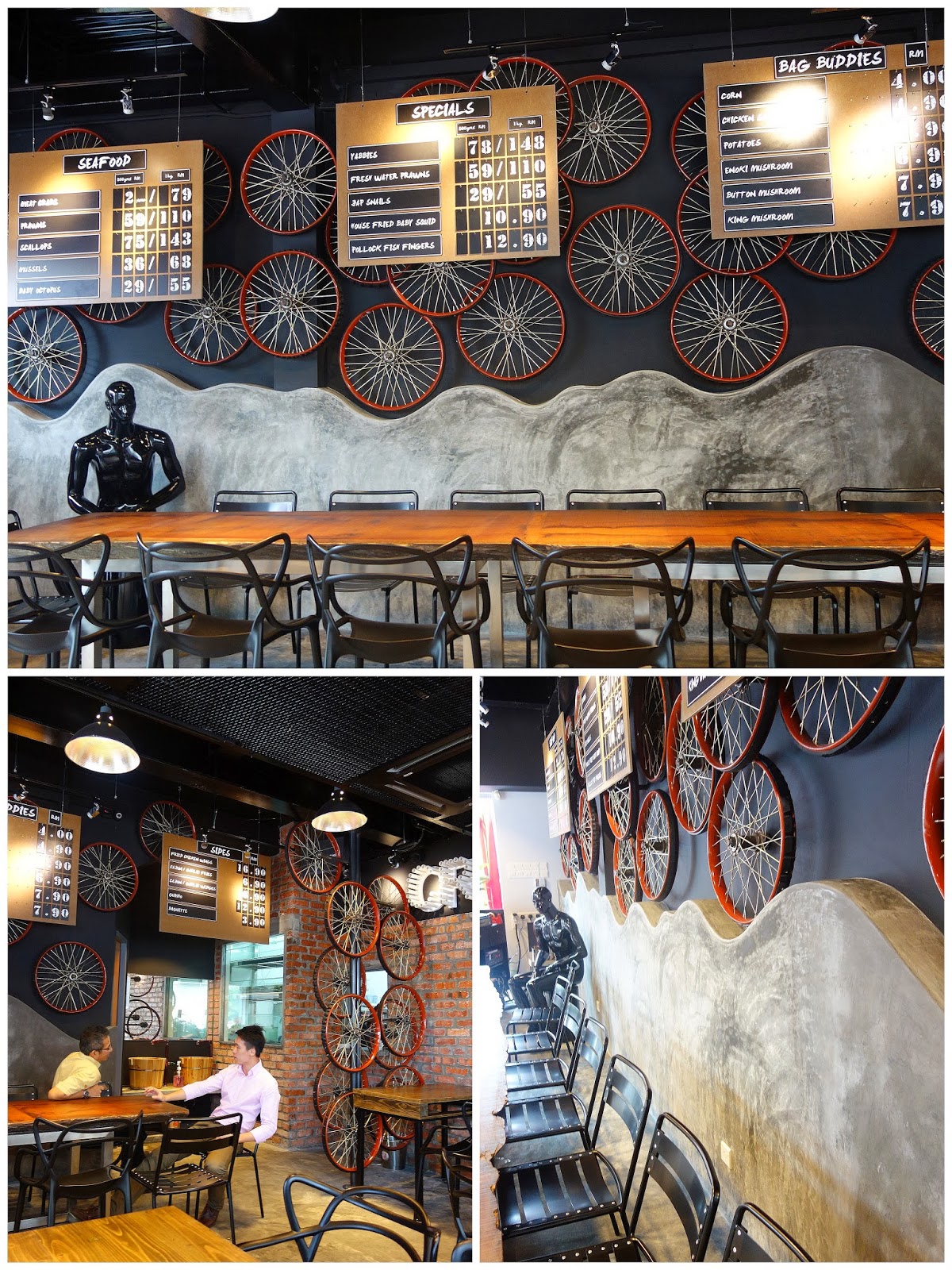 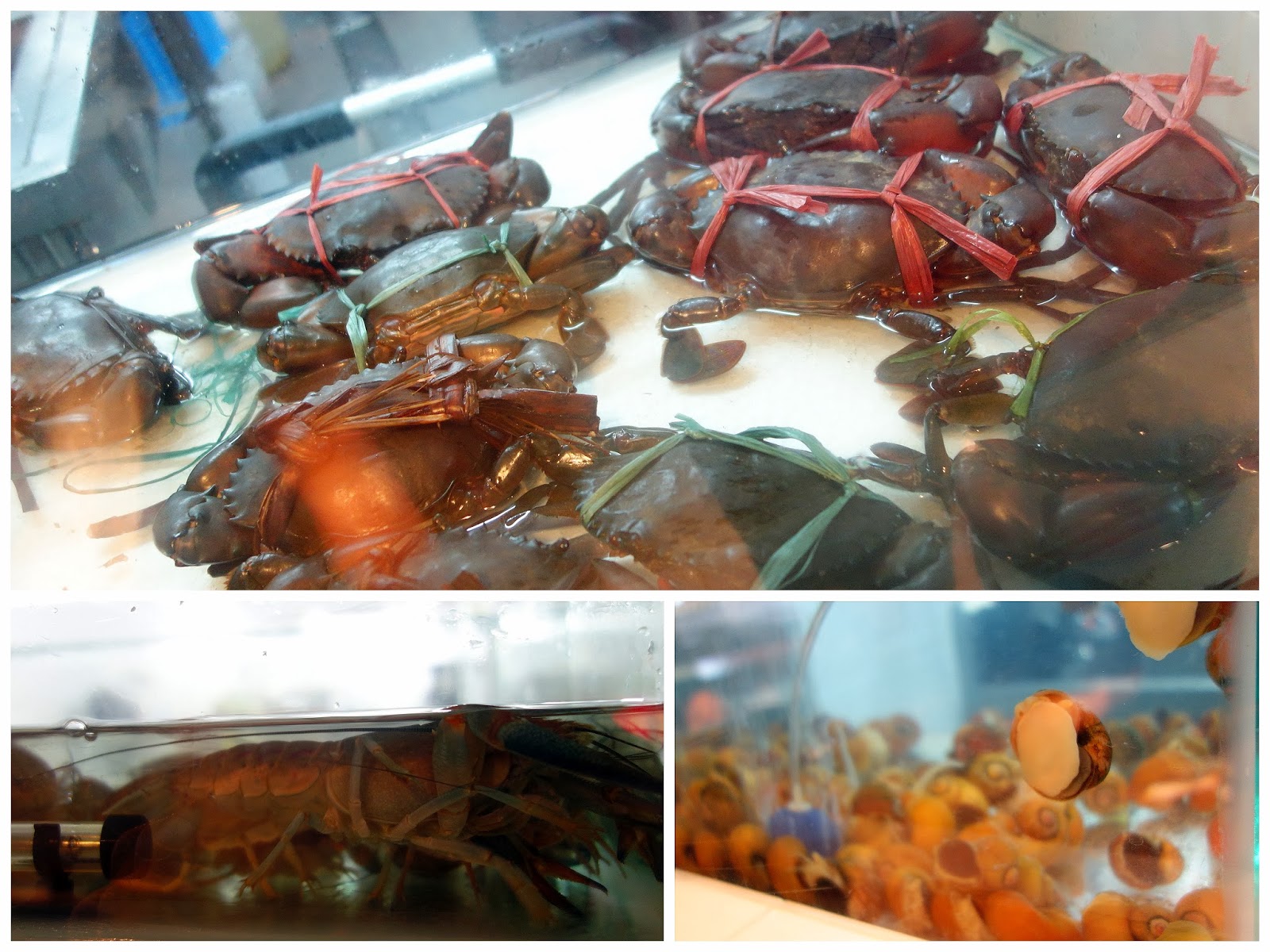 Fresh shellfish forms the foundation for recipes that T.Y. Ooi, this Factory's creative chef (that's the title on her business card), proclaims were tried & tested through many months of kitchen R&D (plus plenty of hearty eating by the restaurant's founders). 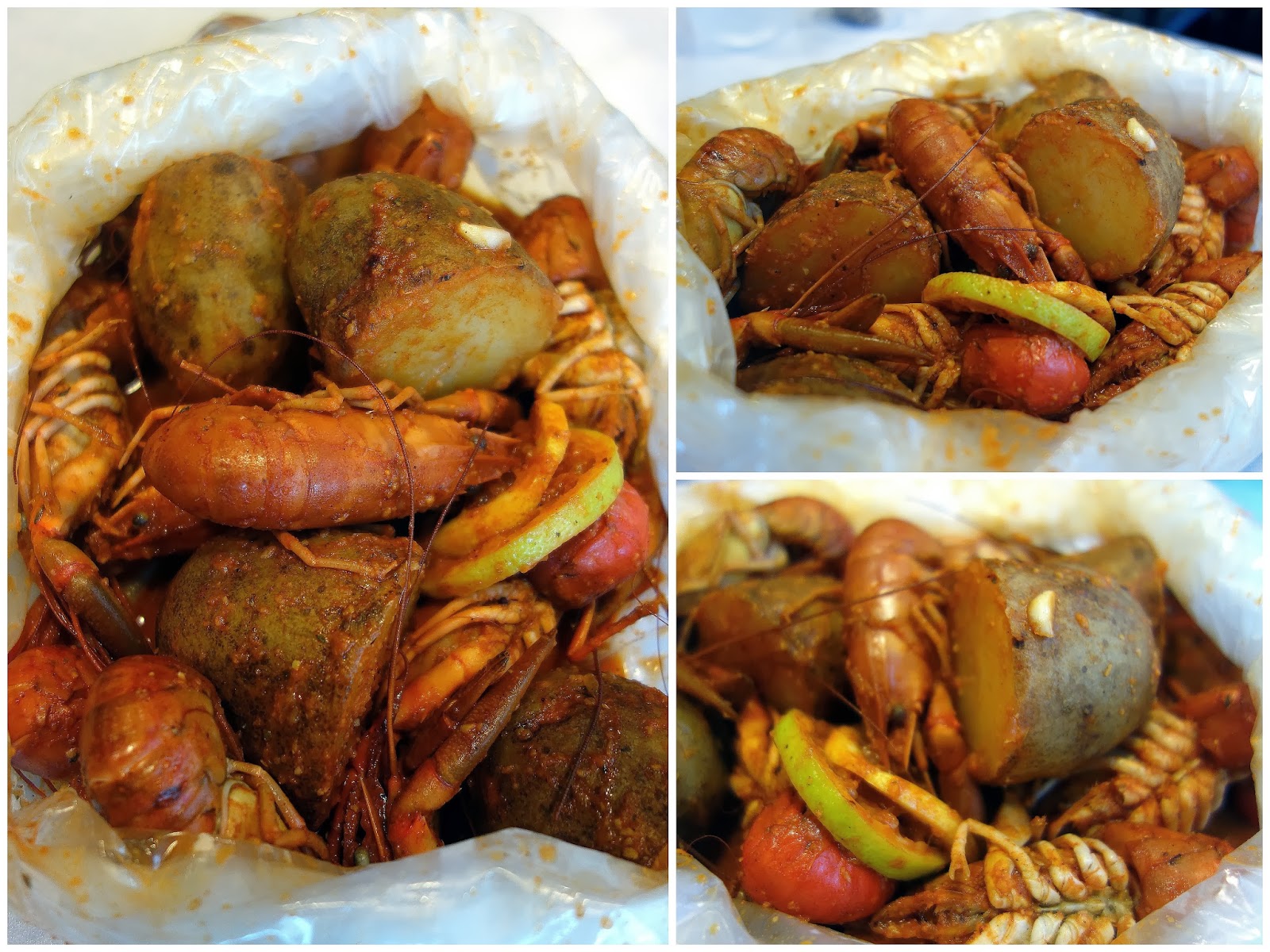 We forwent the crabs in favor of the crawfish, the more popular component of true-blue seafood boils. RM78 buys a minimum order of 500 grams that'll feed two or three people, especially with soft, lovely potatoes (RM6) or corn (RM4) thrown into the bag. 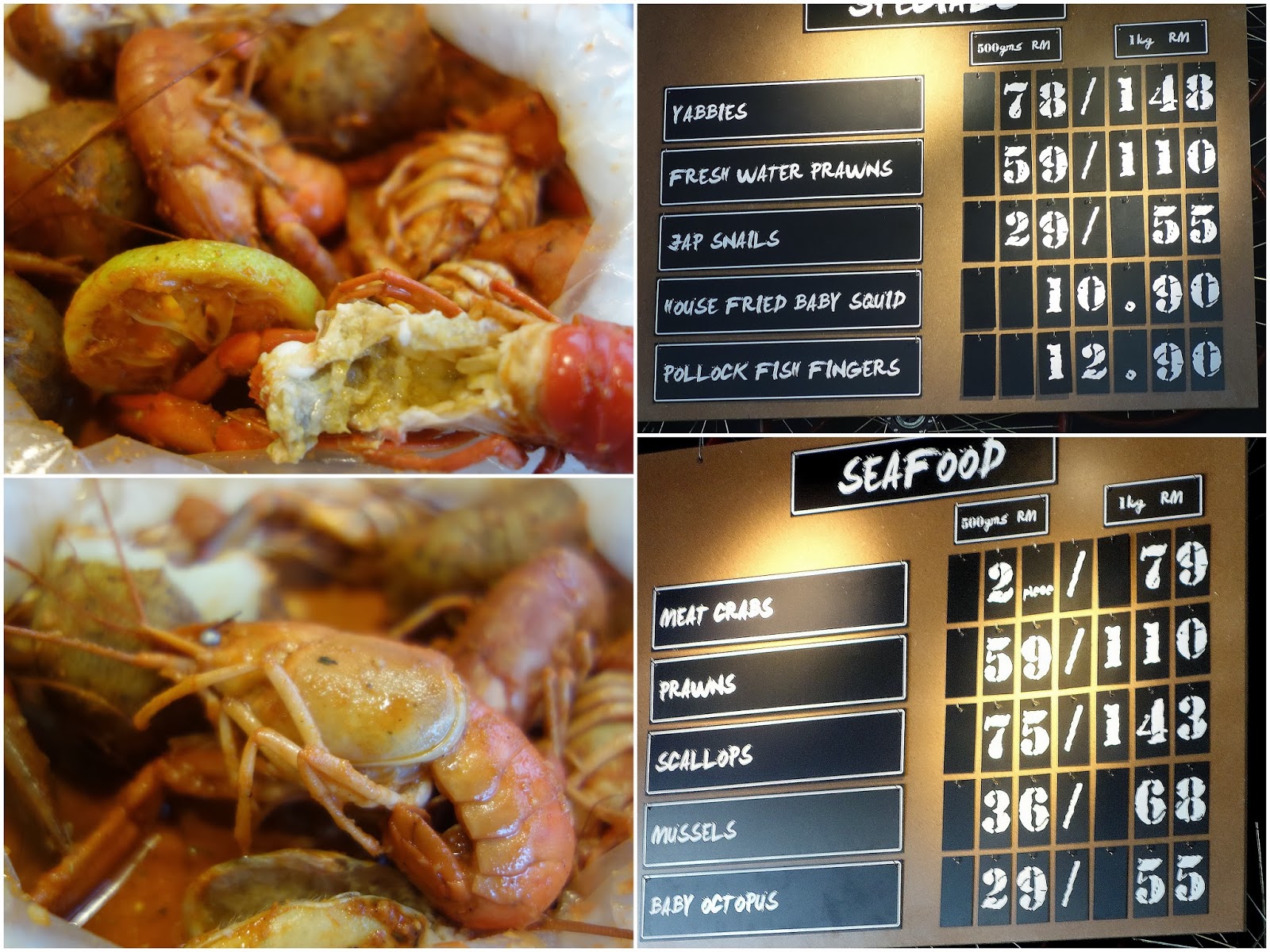 Customers can also choose prawns, mussels or baby octopus; the food isn't cheap but it's not unprecedentedly priced either, not in this year of escalating costs. 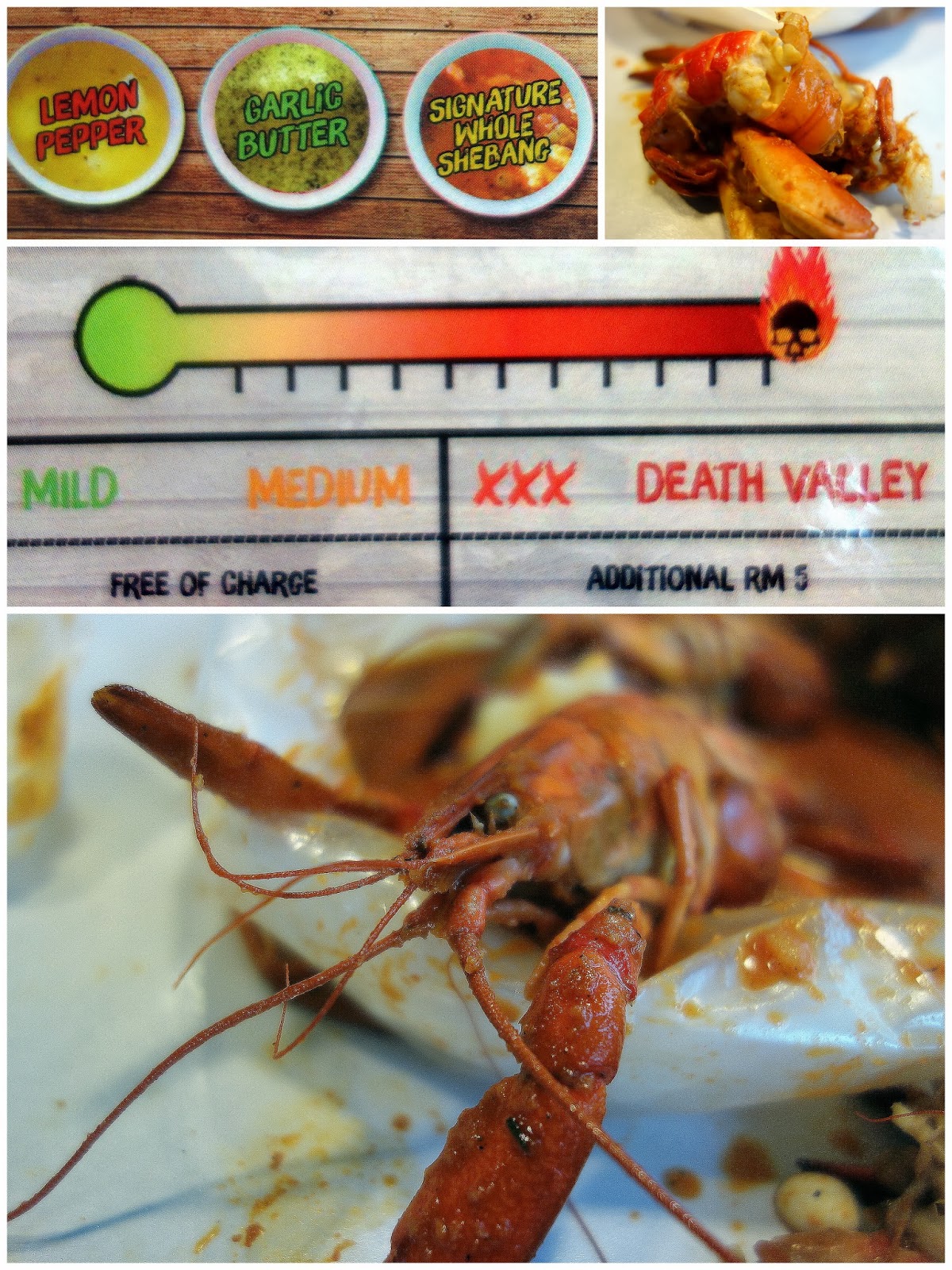 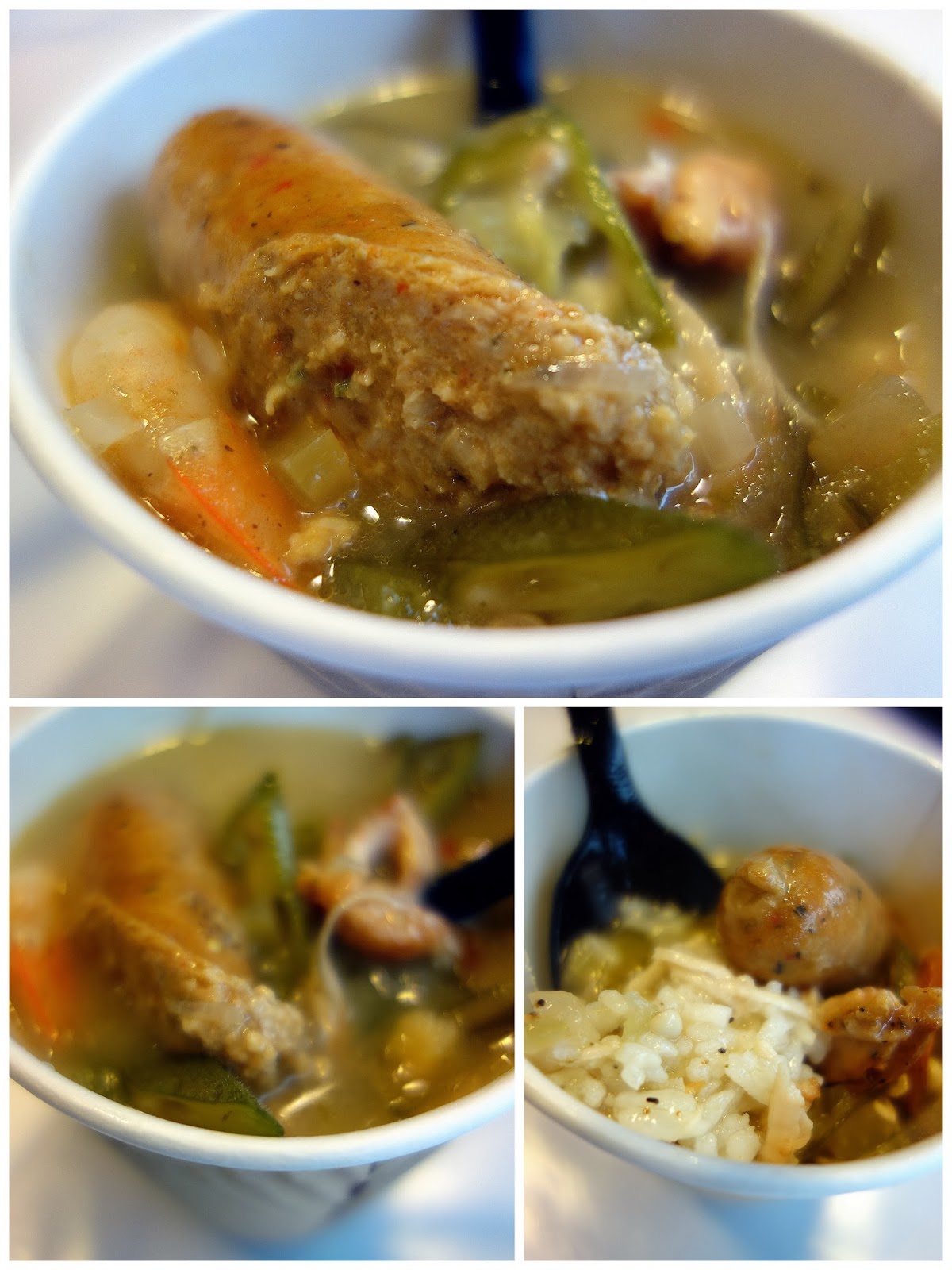 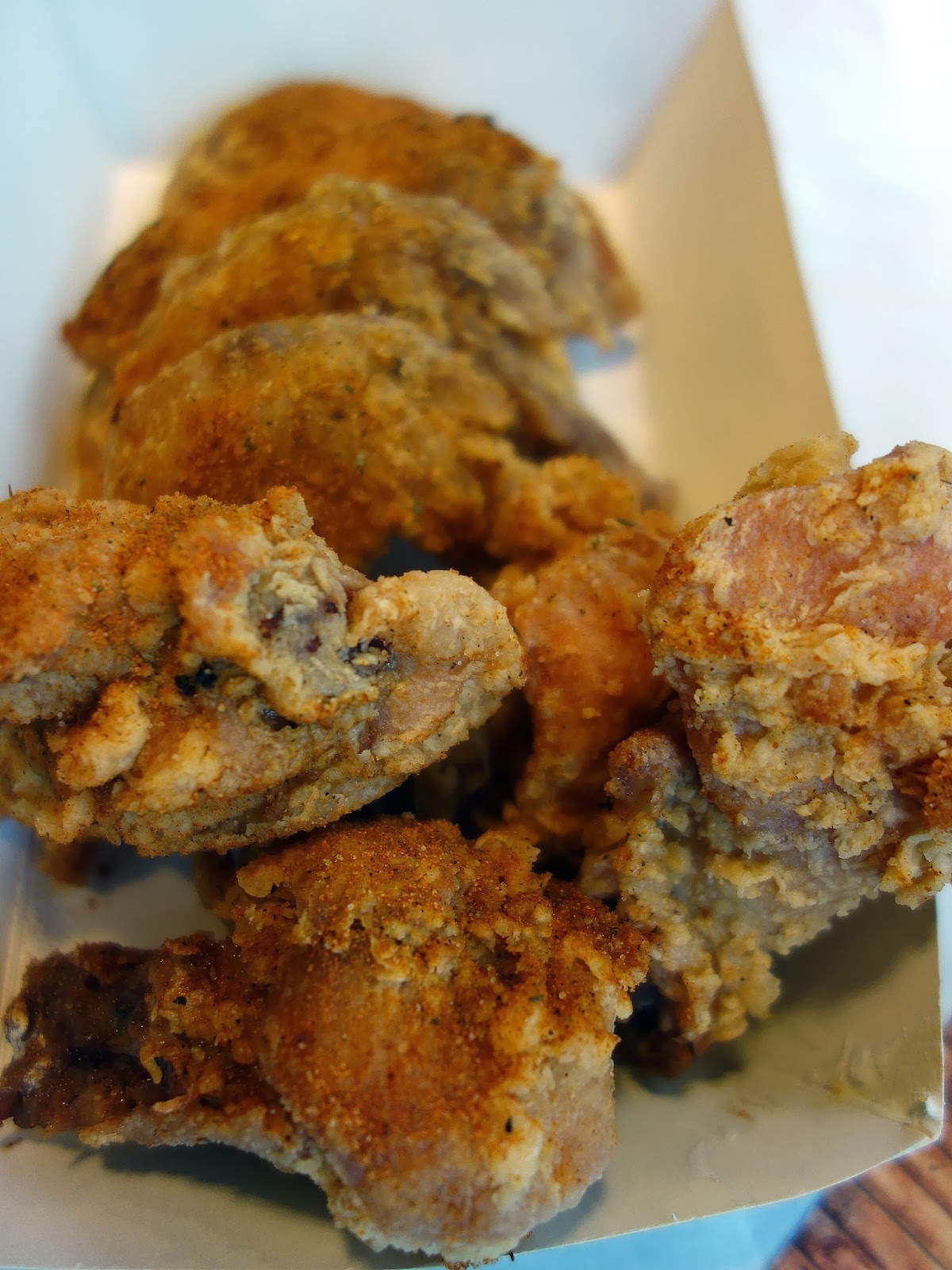 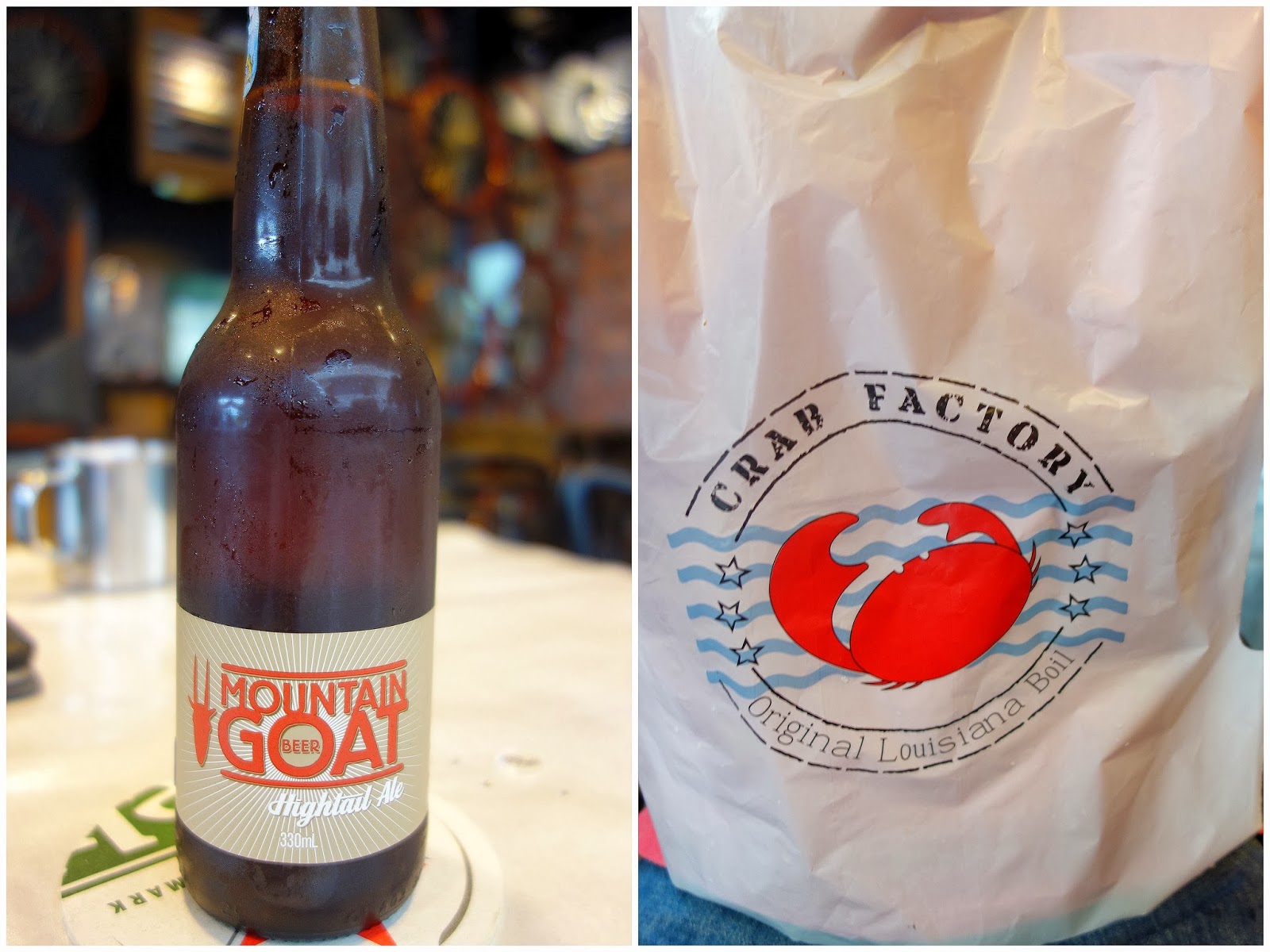 A small selection of craft beers is available too. Service is friendly & obliging; the people seem nice here. At long last, the South rises again, but who knew it'd be in SS2? 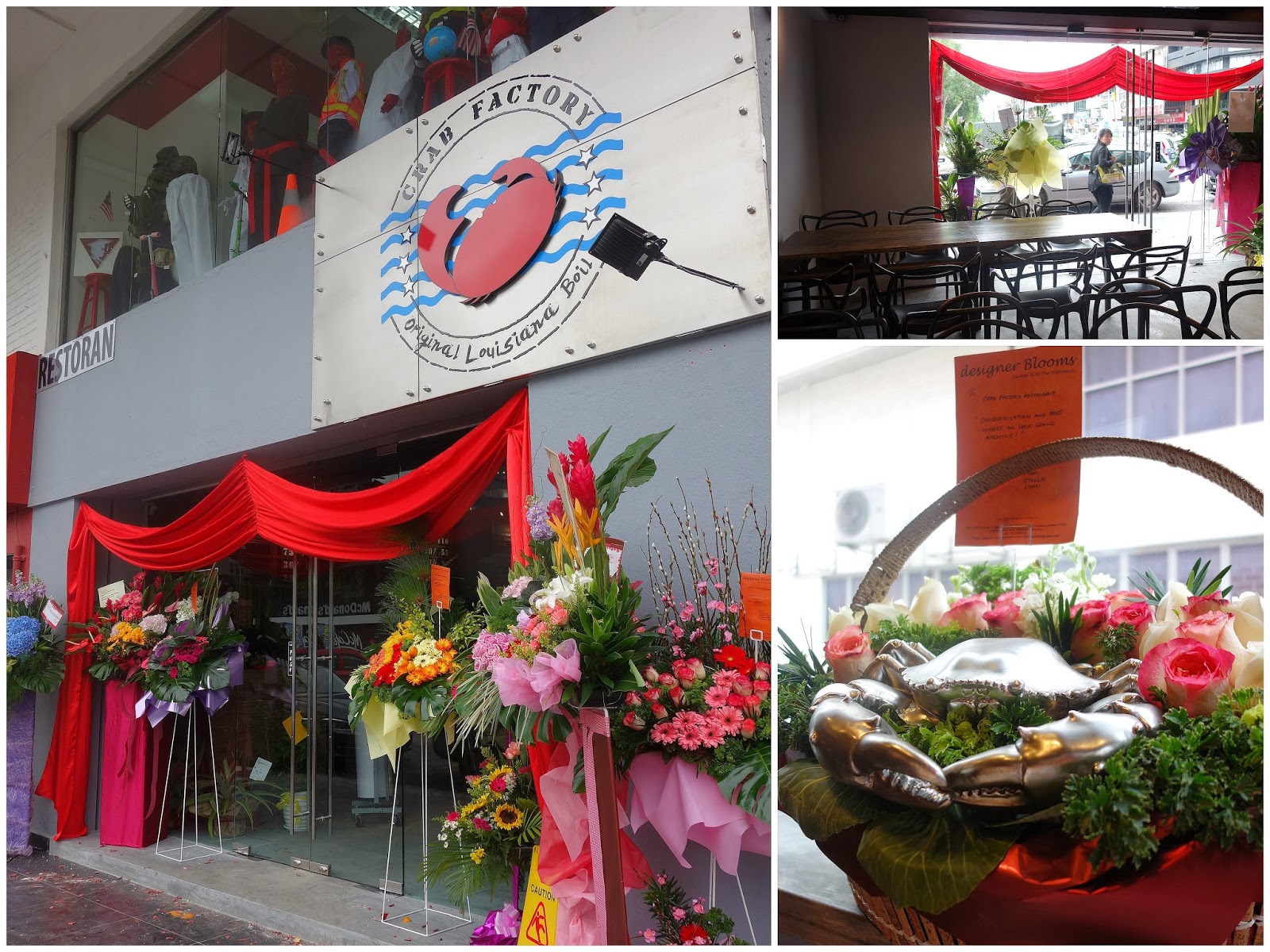 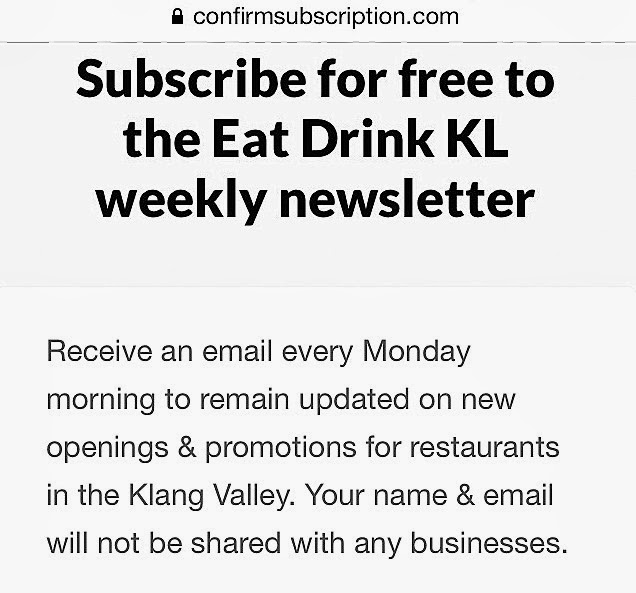