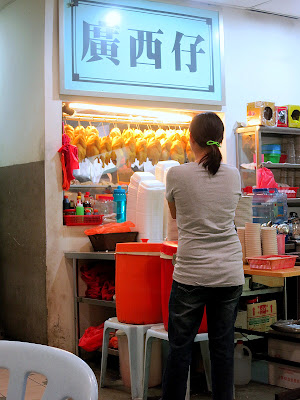 Chicken or fish? Time to investigate two reputable names that specialize in one or the other, starting with Puchong's Kong Sai, where fowl is king of the roost. 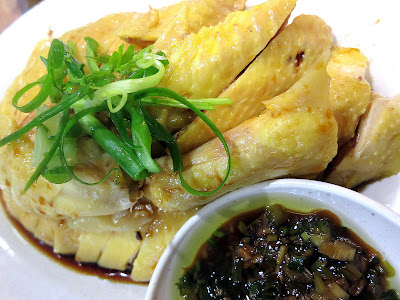 Kong Sai's kampung chicken might be the toast of the village, slick and smooth, served with the restaurant's signature ginger-chili soy sauce. 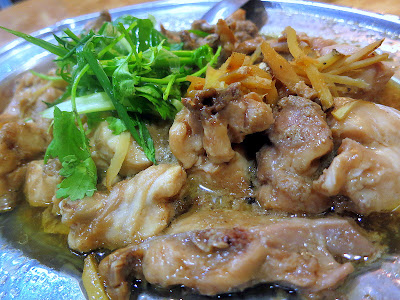 Steamed chicken with salted fish, for something more flavor-packed. 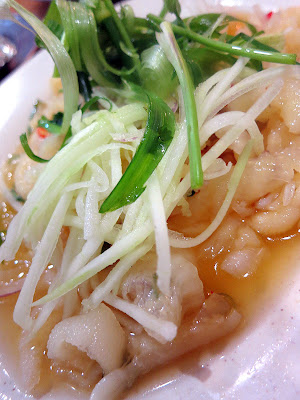 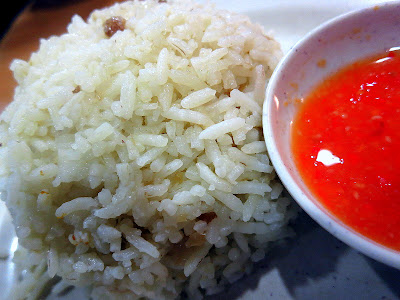 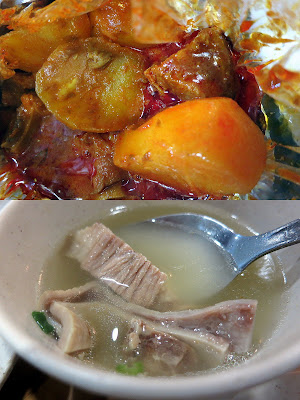 Pork tries to hog the limelight, but pork rib curry with potatoes and pepper pork stomach soup, while both serviceable, might not be stars in their own right. 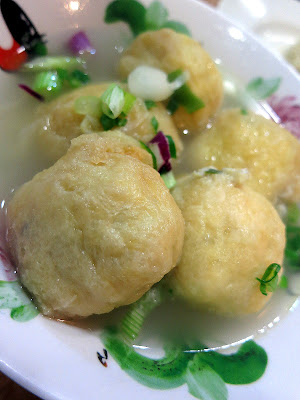 Lap cheong omelet, filled with sweet-savory sausages that fortify the flavor of the egg. 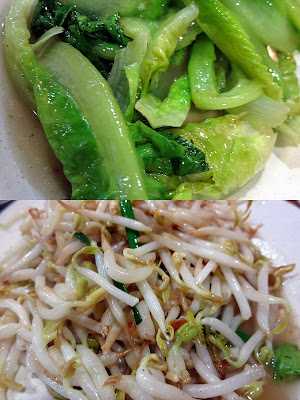 Yau mak in fermented bean sauce and taugeh with salted fish, all fresh and crunchy. 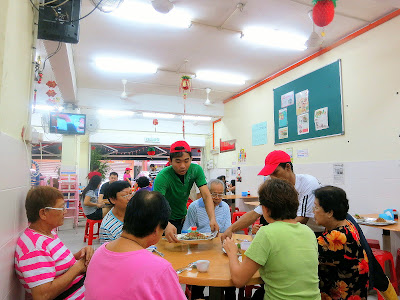 Next, it's fish's turn: Let's look to Lan Je, which has outlets in Subang (the one we visited), Rawang, Balakong, Kota Damansara, Desa Aman Puri and Taman Lensen. 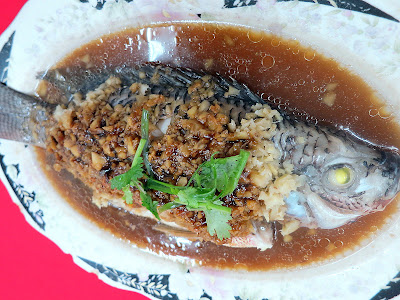 The "one fish for one person" principle is Lan Je's method of coaxing customers not to share their steamed tilapia, enticing many with the relatively low price of about RM16 per plate. 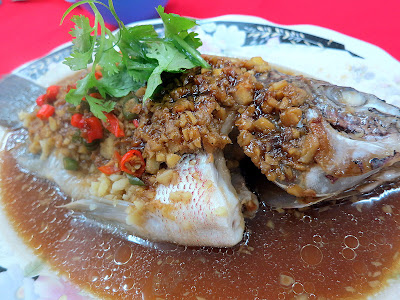 Garlic and ginger combine with fresh fish and fermented bean sauce for a satisfying treat. Specify whether cili padi should be incorporated or not; we had both the spicy and non-spicy varieties, but ended up scraping away most of the chilies. 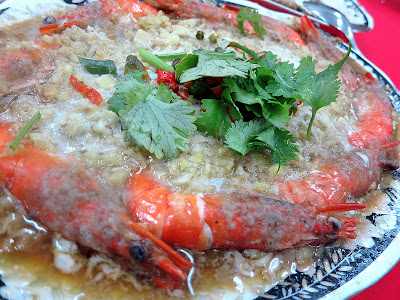 More ginger (so much, really!) to partner with prawns (RM20 for a half-kilo). 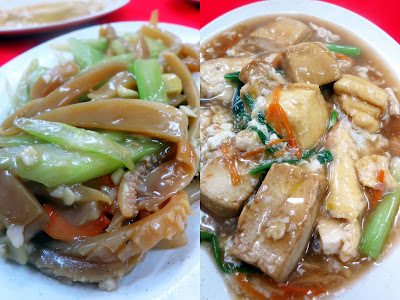 Cuttlefish with celery, alongside gravy-soaked tofu, both respectable enough to order. 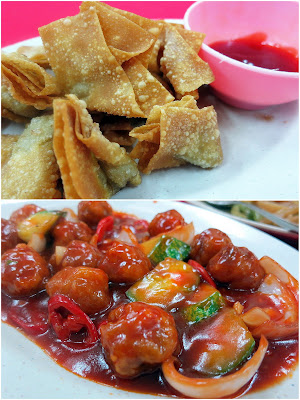 Skip the non-seafood snacks though: the sui kow is OK but unmemorable, while the sweet-sour chicken balls are a little too starchy. Lan Je is a no-pork eatery. 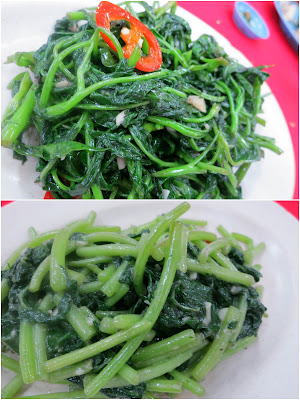 Wrapping up this comprehensive look at Lan Je's menu with greens, from kangkung with garlic and sweet potato leaves with bean curd sauce to bitter gourd with eggs and four-angled beans with belacan. 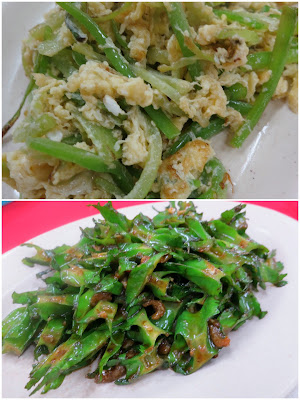 Like Kong Sai, Lan Je gets pretty packed pretty early. They're both winners in our book! 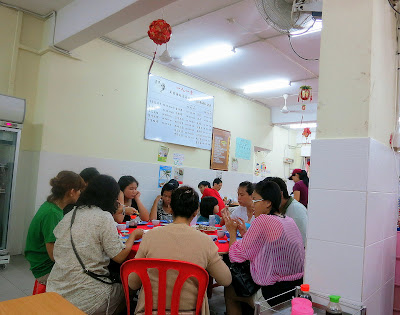