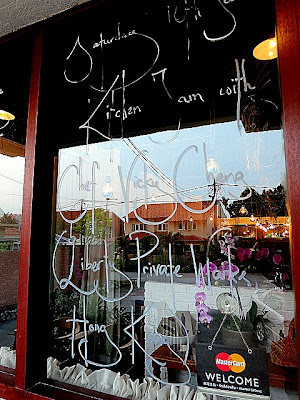 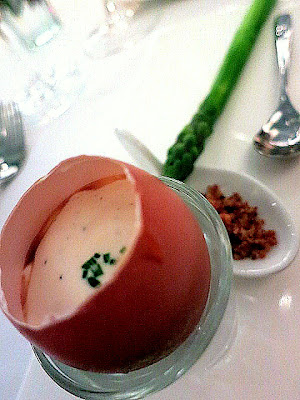 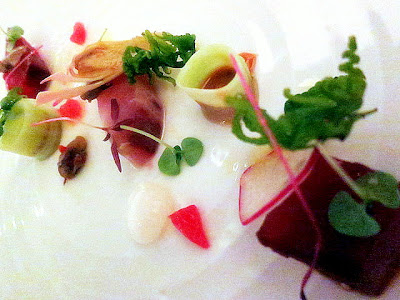 Vicky landed in KL less than 24 hours before this meal; he then scoured the morning markets to secure produce for this constellation of calamansi-marinated hiramasa, soy-tinged tuna and baby-fingernail-big blood cockles with a savory gravy evocative of Malaysian spicy sauces. 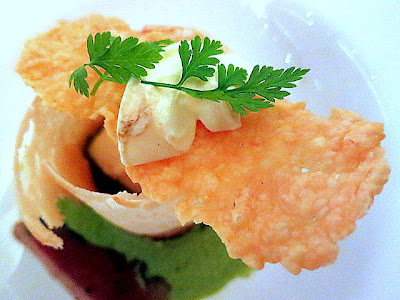 It's been a year since Isadora first unveiled her deconstructed Caesar salad soup. One of the highlights of our earliest meal here, and tonight, it remained as remarkable as before. 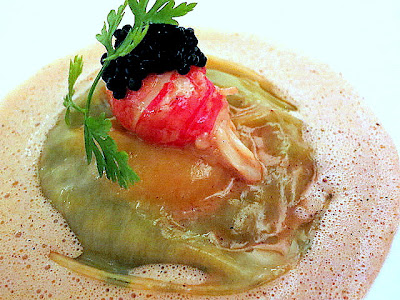 Our should-eat sense tingled insistently for this egg yolk raviolo with yabbies. Creamy comfort, testifying to why patrons of Private Liberty Works must make reservations weeks in advance to sample recipes by Vicky, a boyish-looking alumni of New York's Daniel who's still in his 20s. 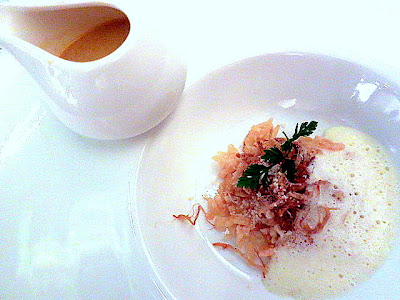 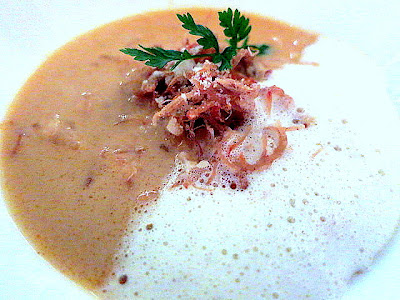 And as far as flavors are concerned, it's a playful twist on osso bucco with Risotto Milanese. 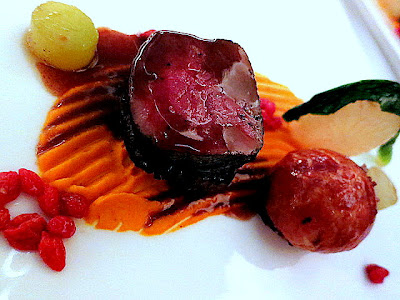 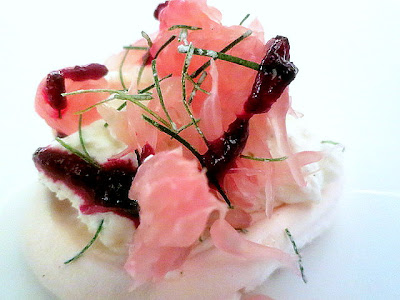 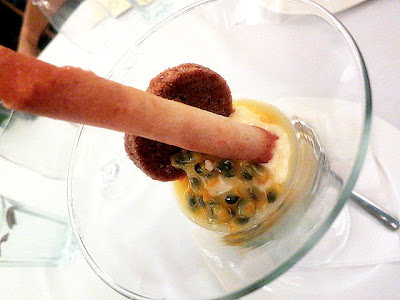 And with that, after a full year of being fabulous, Bistro a Table officially embarks on what will hopefully be another 12 months of mouthwatering marvels. Bring it! 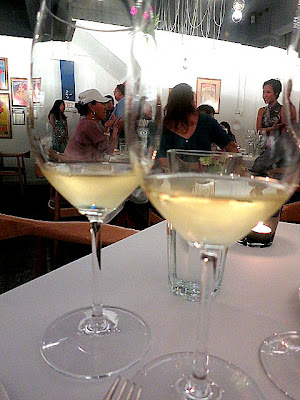 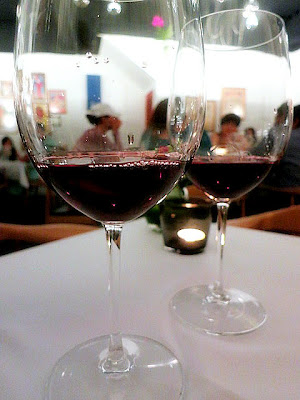 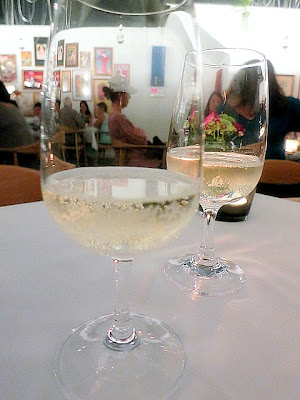 Bistro a Table,
Section 17, Petaling Jaya.
Find us on Find us on