Cat In The Box, Three Little Birds & The White Fly 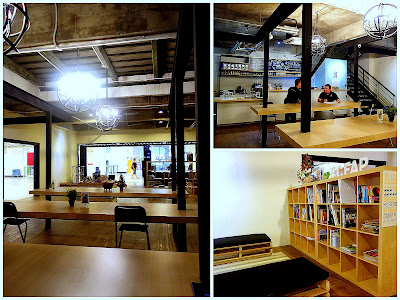 Sniffing out a menagerie of caffeine bars launched in recent weeks: Cat In The Box at Jaya One, Three Little Birds at Sentul & The White Fly at Setiawalk in Puchong. 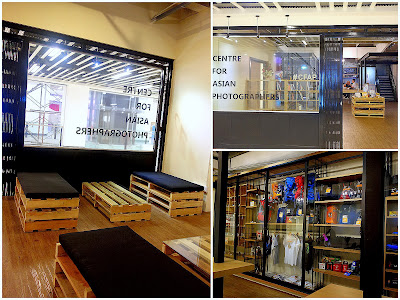 First up, Cat In The Box, hidden within the Center for Asian Photographers community center in The School annexe of Jaya One.
October 2014 Update: Cat In The Box has moved to Empire Damansara at Damansara Perdana. 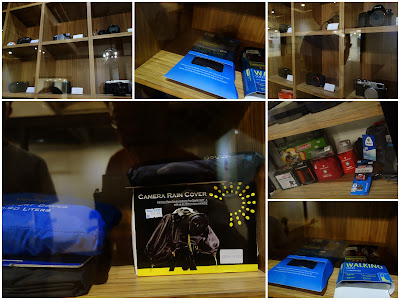 Cat In The Box is meant to help keep the center buzzing as a meeting point for photographers; here's where folks can come to chat, check out exhibitions, purchase gear particularly for outdoor shooting, engage in workshops & even organize trips & tours focused on photography. 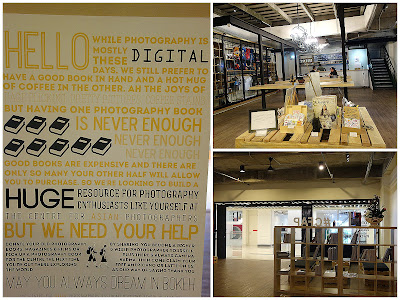 It's welcoming, comfy & roomy, thoughtfully stocked with books & magazines (not only on photography but food & other topics too) for customers to browse while nibbling on cream puffs, bagels supplied by Subang's Brooklyn B & chocolate peanut butter cakes. 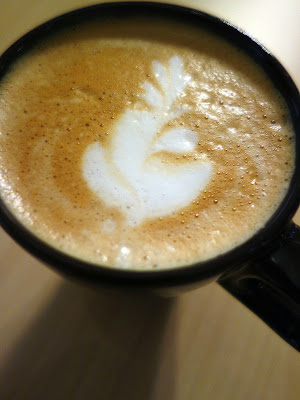 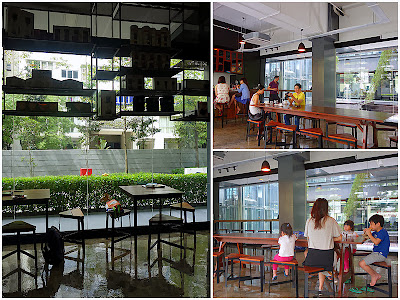 Next up: Three Little Birds at Sentul East's D7 office building; powered by the forces behind Artisan Roast, it's the latest in a line of spin-offs that also hatched Bangsar's Nowhereman Coffee less than two months ago. 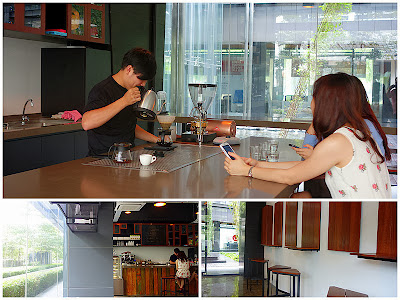 Folks will flock to Three Little Birds; the cafe takes flight with the expertise of endlessly energetic barista Joey Mah (he'll spend more time here than at Nowhereman for much of January) in an immensely inviting space that's made distinctive with custom-built furnishing, shimmering sleekly & serenely in the sunlight amid hues of leafy green outside. 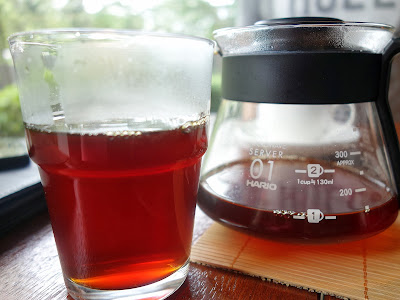 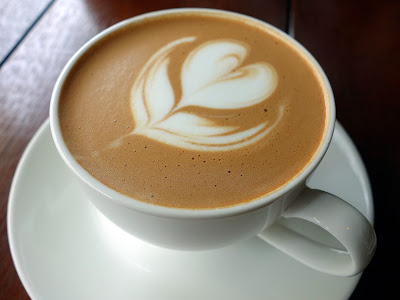 Valrhona mocha; it's not hard to let time fly here. Nearly three hours whisked by before we left. 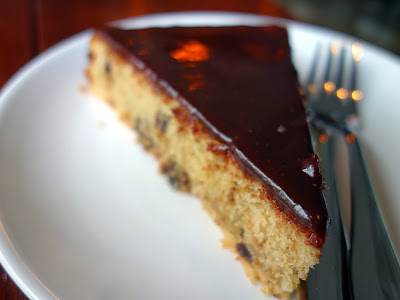 Three Little Birds is working to boost home bakers by not only providing an outlet for their products but also helping to refine the recipes. Little Tee Cakes (which also supplies to SS2's Standing Theory) currently has a Nutella-loving creation here that's been tweaked to contain more brown sugar than white (Mah says the cafe absorbs the cost of pricier ingredients). 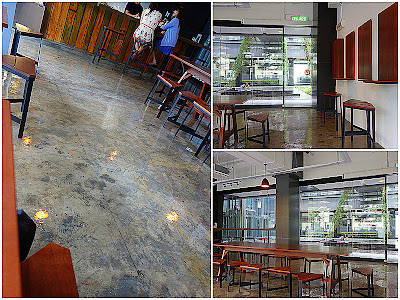 A lingering look at the Epoxy-coated floor before we soar away; for curious cats, Three Little Birds could be construed as a humorous reference to Artisan Roast's Michael, Amirah & Joey (even though one's really a prominently big bird). 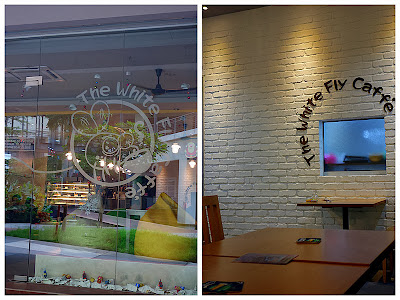 Wrapping up at The White Fly Caffe, a newbie in the Setiawalk complex that's increasingly flooded with coffee joints (CAFFEine, Tipsy Brew, etc). 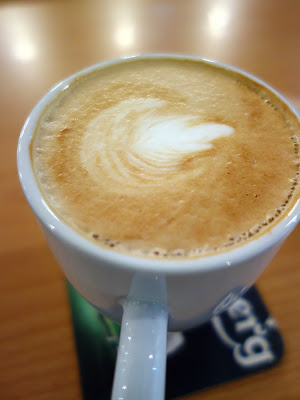 The White Fly's catchphrase: "Italian coffee, made by Italians, Italian-style." And yes, there appears to be an Italian barista behind the counter, though we neglected to interrogate him. 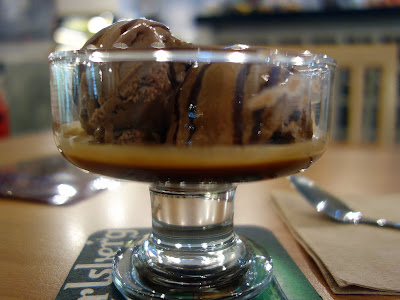 This one's fun: Affogato, conceived with chocolate ice cream instead of the usual vanilla. 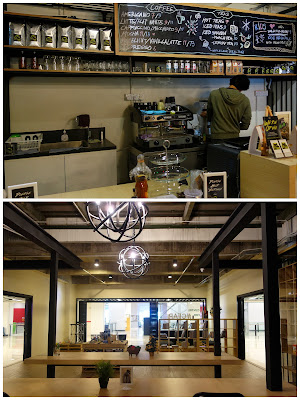 Cat In The Box
Level 1, The School, Jaya One, Petaling Jaya
Currently noon through 9pm daily
October 2014 Update: Cat In The Box has moved to Empire Damansara in Damansara Perdana 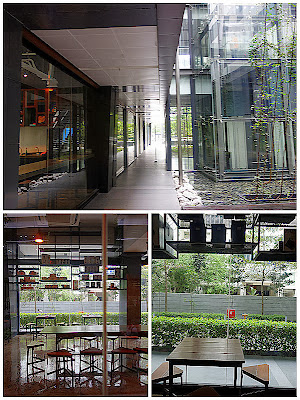 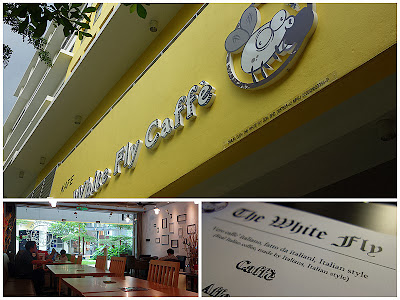 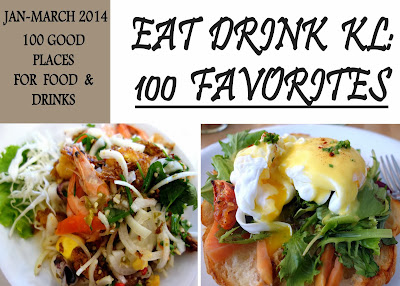 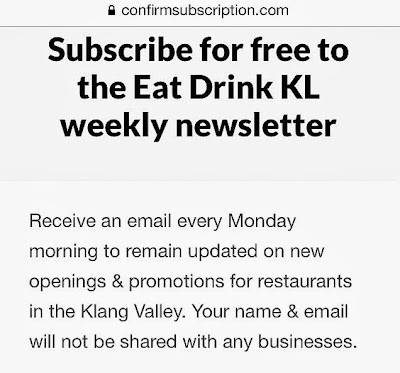 Beginning late January, a free email newsletter will be sent out every Monday to subscribers, highlighting new restaurant openings (even before they're featured on this blog), F&B promotions & other tasty tidbits for the Klang Valley.

Please consider subscribing to Eat Drink KL Weekly via this following link:
https://confirmsubscription.com/h/d/5106C196432BB23D
Thanks very much; subscriptions are appreciated.