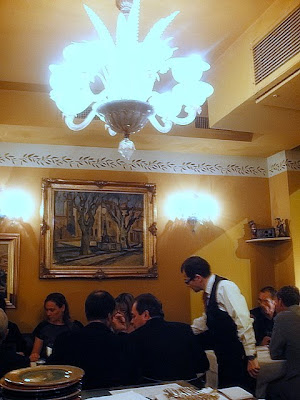 France, Part VI: Customers are tightly squeezed into this outlet, which is tiny even by Parisian standards, but that helps to stimulate conversations between neighbors. 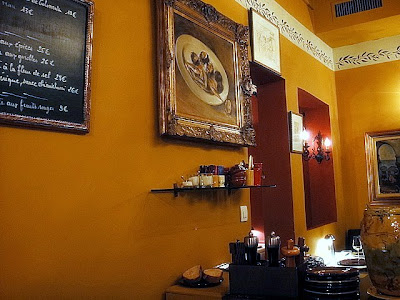 The kitchen is run by Olympe Versini, who opened her first restaurant in 1973 at the age of 23. Her accomplishments are remarkable: one of France's first female chefs to helm a Michelin-starred venue, she has published cookbooks and made numerous radio & TV appearances _ all while cooking for celebrities like Francis Ford Coppola and Orson Welles over the decades. 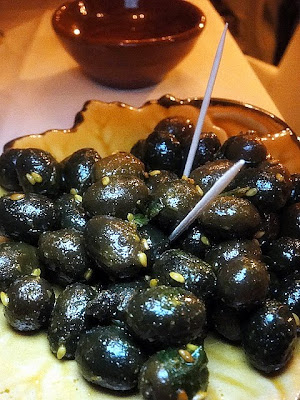 Casa Olympe, her current place, has been around since 1993, focusing on food from the little-known French southeastern island of Corsica (where Napoleon was born). 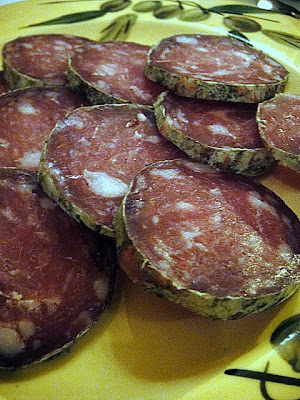 The dried pork sausages, a specialty of the area of Ardeche, were a delight to sink our teeth into; firm but not chewy, with a complex, nutty taste that was utterly addictive. 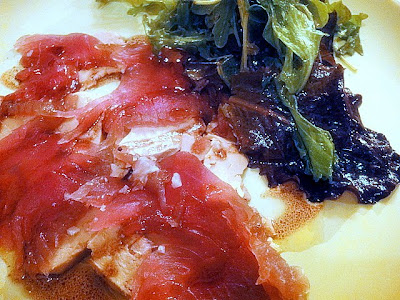 The carpaccio of tuna & foie gras with tamari sauce proved irresistible as well; a luscious, melt-in-the-mouth combo, rich in flavor without being cloying. 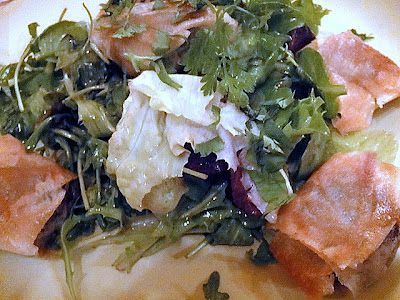 Crusty blood sausage with wild lettuce. Perfectly battered; crisp on the outside, succulent inside. But don't be tricked by the leaves; this isn't a healthy order _ not with all the pig's blood hidden within the pastry. 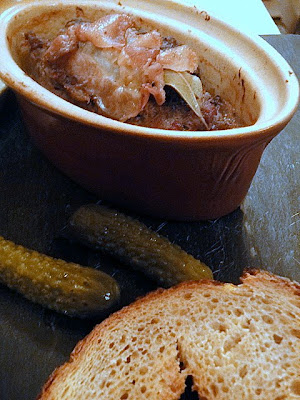 Veal liver with Banyuls vinegar gravy. None of these dishes is well-presented enough to be photogenic, so the pleasure of eating here is not in taking snapshots (even though we did), but in tasting each mouthful of these earthy, rustic recipes. 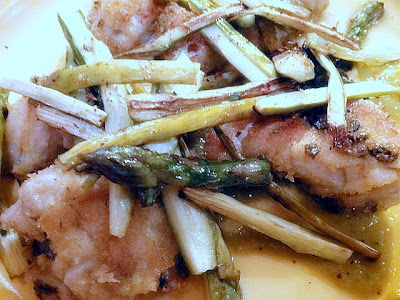 Farm-stewed guinea fowl with artichoke. Almost indistinguishable from chicken, but that's not a complaint, since there's nothing wrong with nicely cooked chicken. 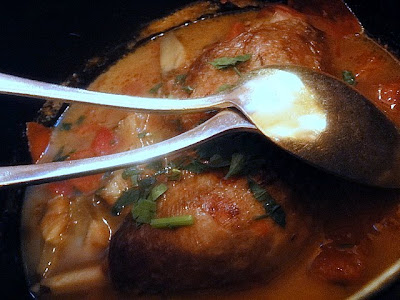 Grouse terrine. Seemed like the kind of homemade stew that generations of mothers might have prepared for their families. Nothing extraordinary, but it appears to be as honest and comforting as French food gets. 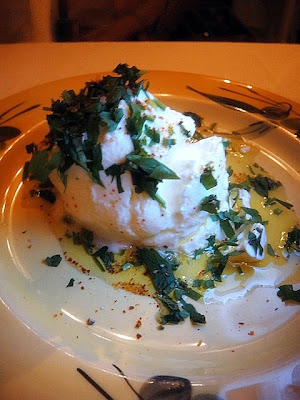 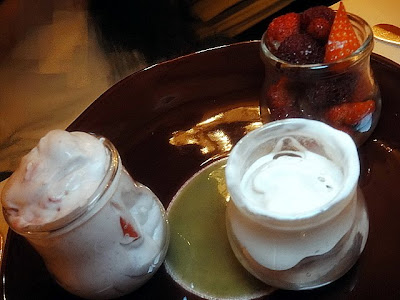 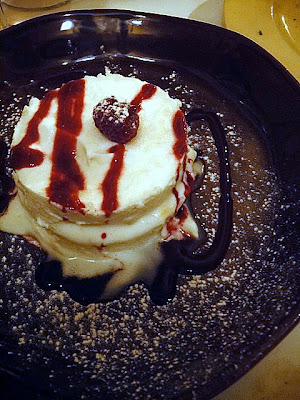 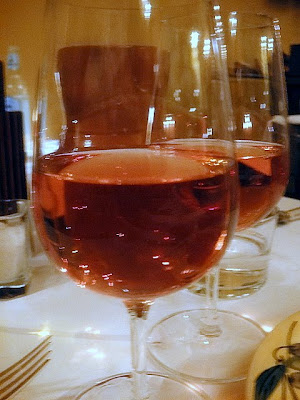 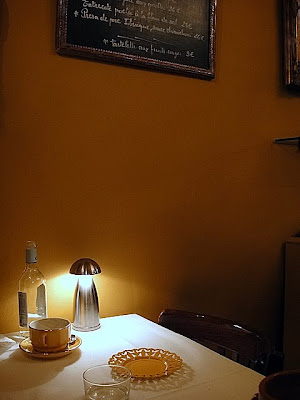 Casa Olympe,
Paris.
Find us on Find us on