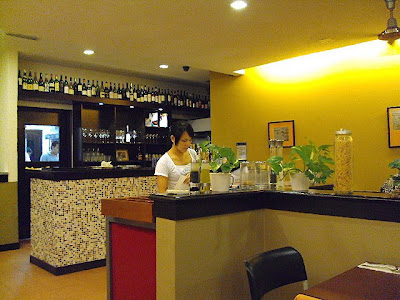 Are there better Italian restaurants than this in the Klang Valley? Definitely.

But are there better ones in SS2? Definitely not. (Don't say Bella Italia)
Enzo Dente, the chef from Naples, chose a curious location for his outlet, but it has survived several years now, which is quite an accomplishment these days. 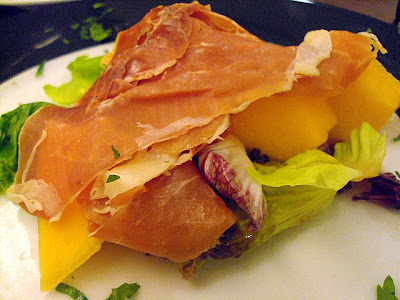 The two of us were so hungry, we ordered nearly everything that sounded promising. Kicked off with the prosciutto with rock melon. Not top-notch, but a fairly generous serving. 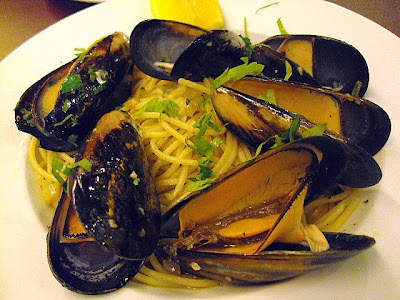 Australian black mussels with extra virgin olive oil, wine and parsley. Skip this; the mussels lacked flesh and the spaghetti was rather overcooked. 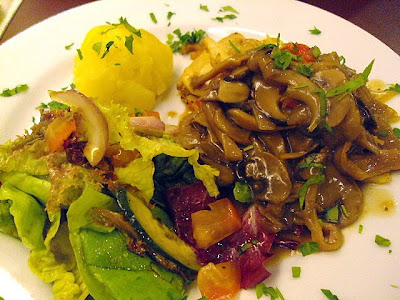 Sakura roast pork with rosemary potatoes and mushroom jus. Tasted more Chinese than Italian, but not a bad choice if you're feeling carnivorous. 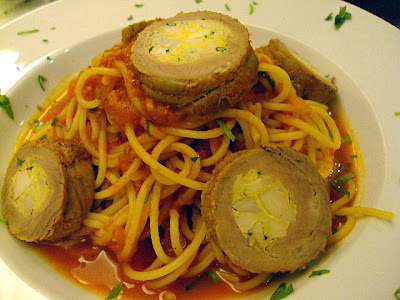 Spaghetti bresaola with pomodori sauce. Ermm, despite what the menu claimed, I'm not sure this is bresaolo. Again, the spaghetti was soggy, and the sauce was unmemorable. 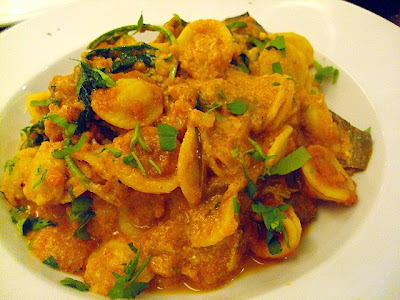 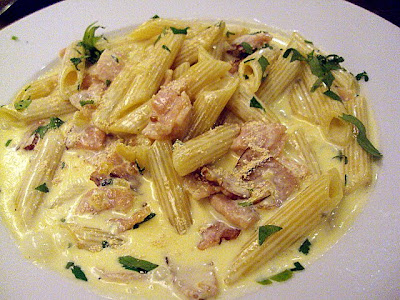 Penne with gorgonzola cheese and roast pork. Better than the halal versions that use turkey ham. but the sauce tasted like an ordinary carbonara. 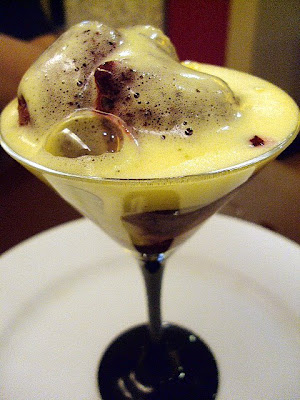 We often skip dessert, but we still had stomach space left here (a miracle!)
The mixed cherry sorbet with zabaglione was OK but not rave-worthy. 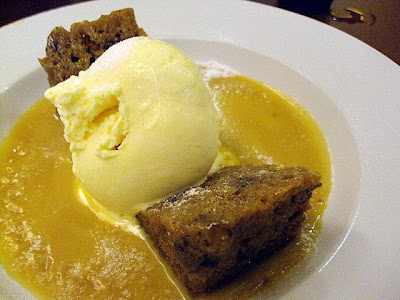 Sticky date pudding with butterscotch sauce and ice cream. If you like your desserts very sweet, then this is heavenly. I liked it. Major sugar rush! 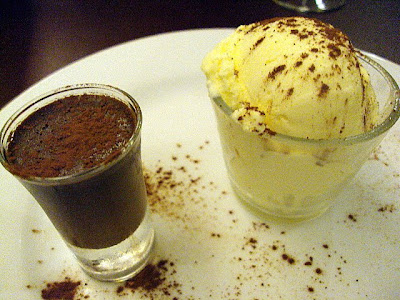 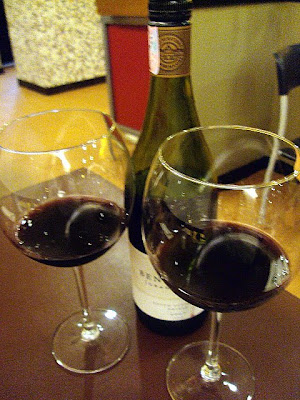 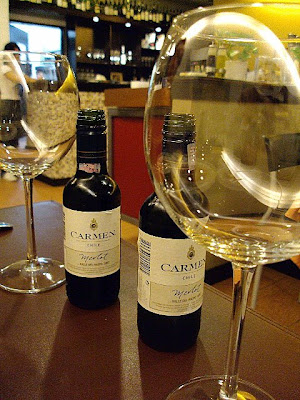 Because sometimes a bottle of wine just ain't enough when you've got the blues ... two personal bottles of Carmen Merlot 2007 (Chile).