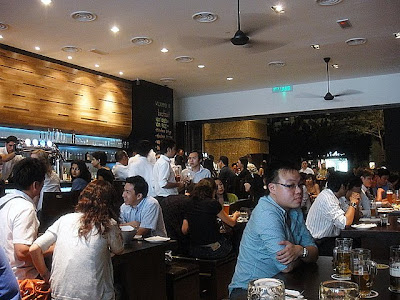 It's the flavor of the week at Mid Valley: Brotzeit is heaving with lively customers eager to chug down German beer while munching on pork. 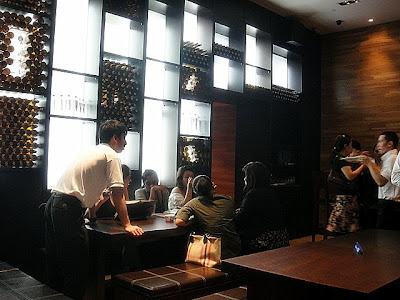 One consequence of the crowds: service can be iffy. Several staff members are supremely patient, friendly and knowledgeable, but others seem unhelpful or lost. Some of our orders for drinks were mixed up; in the end, we were over-charged on our bill and never got back our change after paying, despite asking twice. 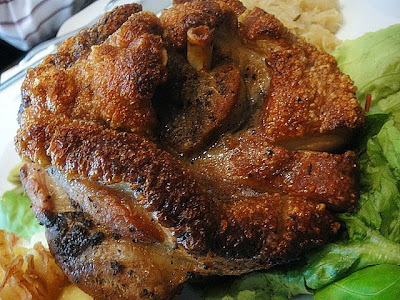 Nearly every table had a pork knuckle. Ours turned out startlingly tough, dry and chewy, with only a small amount of crisp skin. But that might not be the norm; our neighbors were savoring one that looked somewhat more succulent when sliced open. Rather pricey at RM85 though. 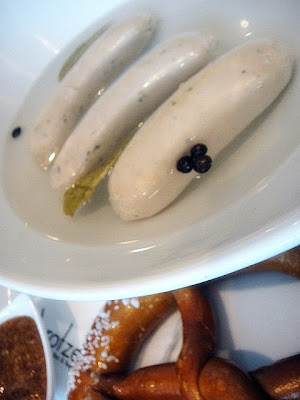 Weisswurst (Munich white sausages). Traditional Bavarian veal-&-pork sausages, with home-made pretzel. These came in a bowl of hot water _ apparently the authentic way of serving them. Soft and juicy enough to recommend, but ultimately, they tasted like regular sausages. 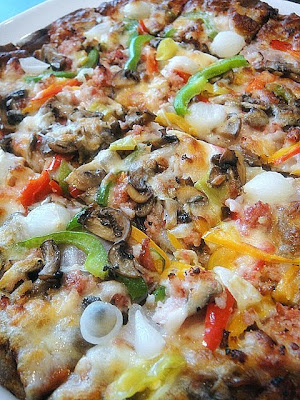 Thin-crust fladenbrot (flatbread) with belly bacon, leg ham, tomatoes, bell peppers, cocktail onions, mushrooms & mozzarella. An addictive snack, but we might say the same about Domino's Pizza. The pork toppings could even be mistaken for beef. 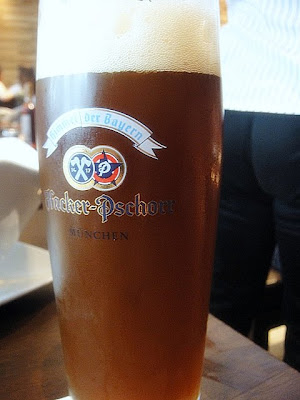 Johann Auer Dunkle Weisse. A dark-wheat variety that proved delicious _ a description that I rarely use for beer. Refreshingly light too. 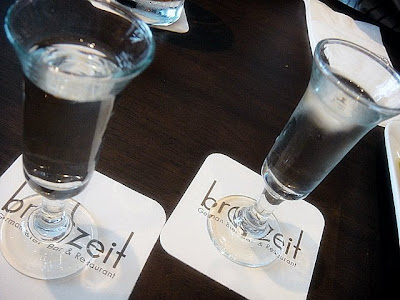 Bavarian schnapps in two flavors: Kirschwasser (cherry) & Zwetschgenwasser (plum). Strong stuff; not as easy as expected to down.
Brotzeit is a welcome addition to Mid Valley; there's no doubt it will thrive here, just as it has in its home base of Singapore. There's plenty to keep beer-lovers happy, but the rest of us might need more compelling reasons to keep returning. 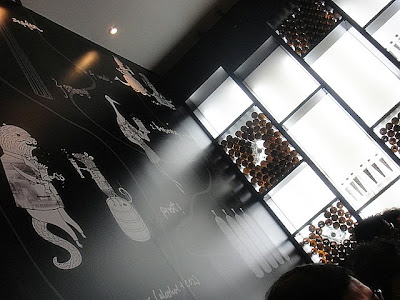 Brotzeit,
Mid Valley Megamall,
Kuala Lumpur, Malaysia.
Find us on Find us on