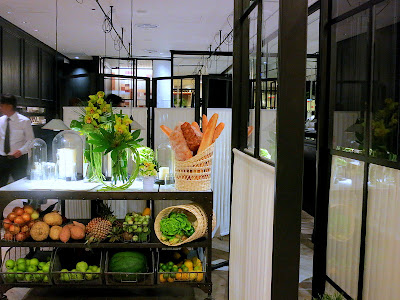 As a famous frog once sang, it's not easy being green; The BIG Group's new vegetarian venture in Bangsar Village won't be its biggest hit, but the boldest risks can sometimes sow the seeds for the brightest rewards. 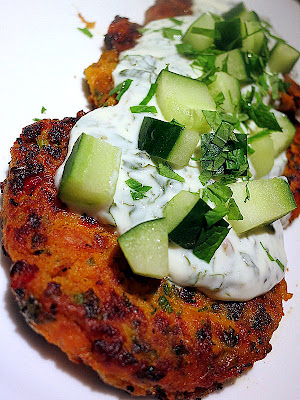 Botanical's meatless menu yields a bumper crop of recipes fertile with culinary creativity. These sweet potato cakes are satisfyingly hot and fluffy on their own, but made even more enjoyable with a tangy-cold cucumber topping. 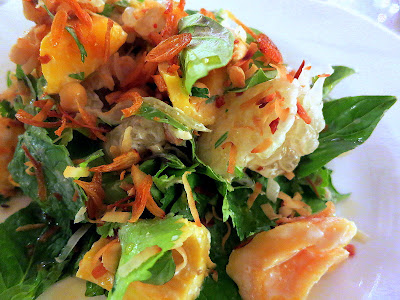 Can a salad mark a milestone for someone? I've hated jackfruit since childhood, but the ripely succulent slices tossed here with Asian greens, pomelo, peanuts and shallots in a milky coconut dressing taste like nectar to bees. 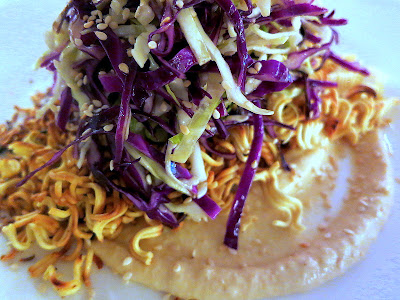 For our protein fix: hummus with crisp noodles, pickled cabbage, almonds and sesame seeds, make for a gluten-free, creamy-crunchy pick-me-up. Mercifully, a meal at Botanical won't cost the farm _ this starter, for example, is RM16.90++. 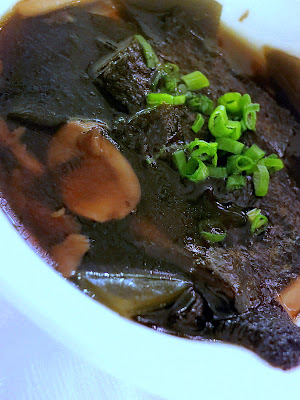 Seaweed and mushroom soup, as umami-rich as anything a Japanese restaurant serves. The BIG Group often catches flak, deservedly, for the lackadaisical service at some of its outlets, but Botanical's team works pretty hard to please. 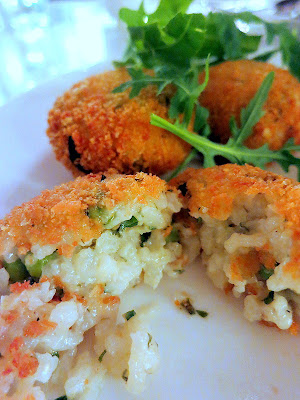 Not everything here succeeds _ these Italian pea-mint-basil arancini rice balls are mush, mostly. 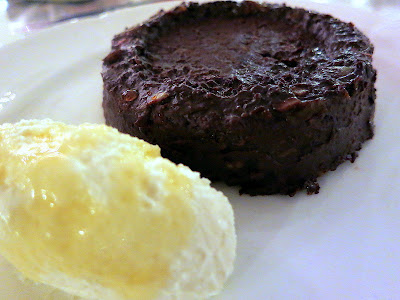 Raw chocolate cake with dried fruits, nuts, ricotta and honey. Tastes like the most wholesome and fiber-rich dark chocolate candy bar ever. 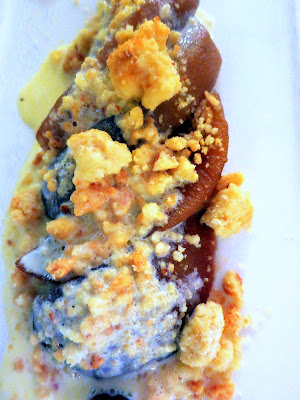 Earl Grey-poached pear with almond crumble and orange creme anglais. Botanical isn't entirely a health-food restaurant like Living Food or an organic one like Earth Food, but it needn't be. It's respectable in its own right, and its food makes us feel good, in more ways than one. 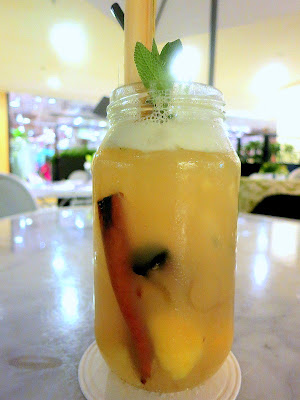 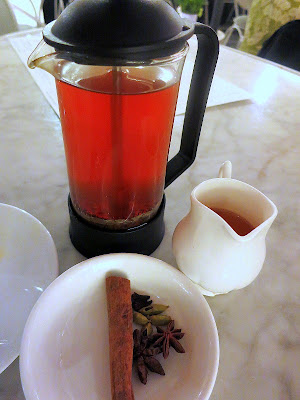 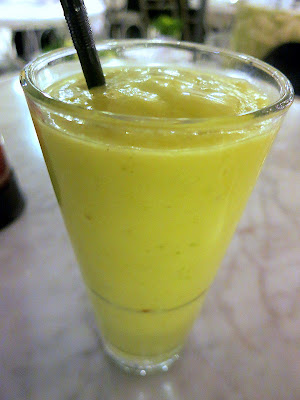 Sure, smoothies are available too, such as this raw-tasting blend of pear, orange and avocado. 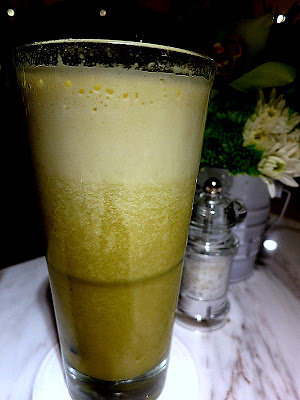 Bittergourd, pineapple, orange and honey constitute a Bittersweet Symphony. Botanical takes over the location formerly held by Bistro 42, so there's a bittersweet sentiment about this outlet's opening, since its predecessor was one of BIG's best branches. 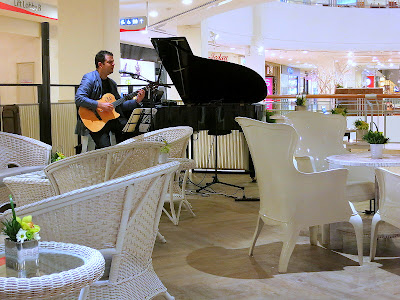 Besame mucho: live music surfaces on some nights, but we like Botanical's CD selection too. 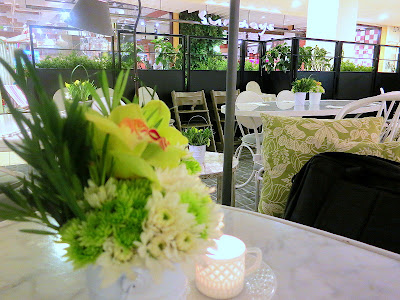