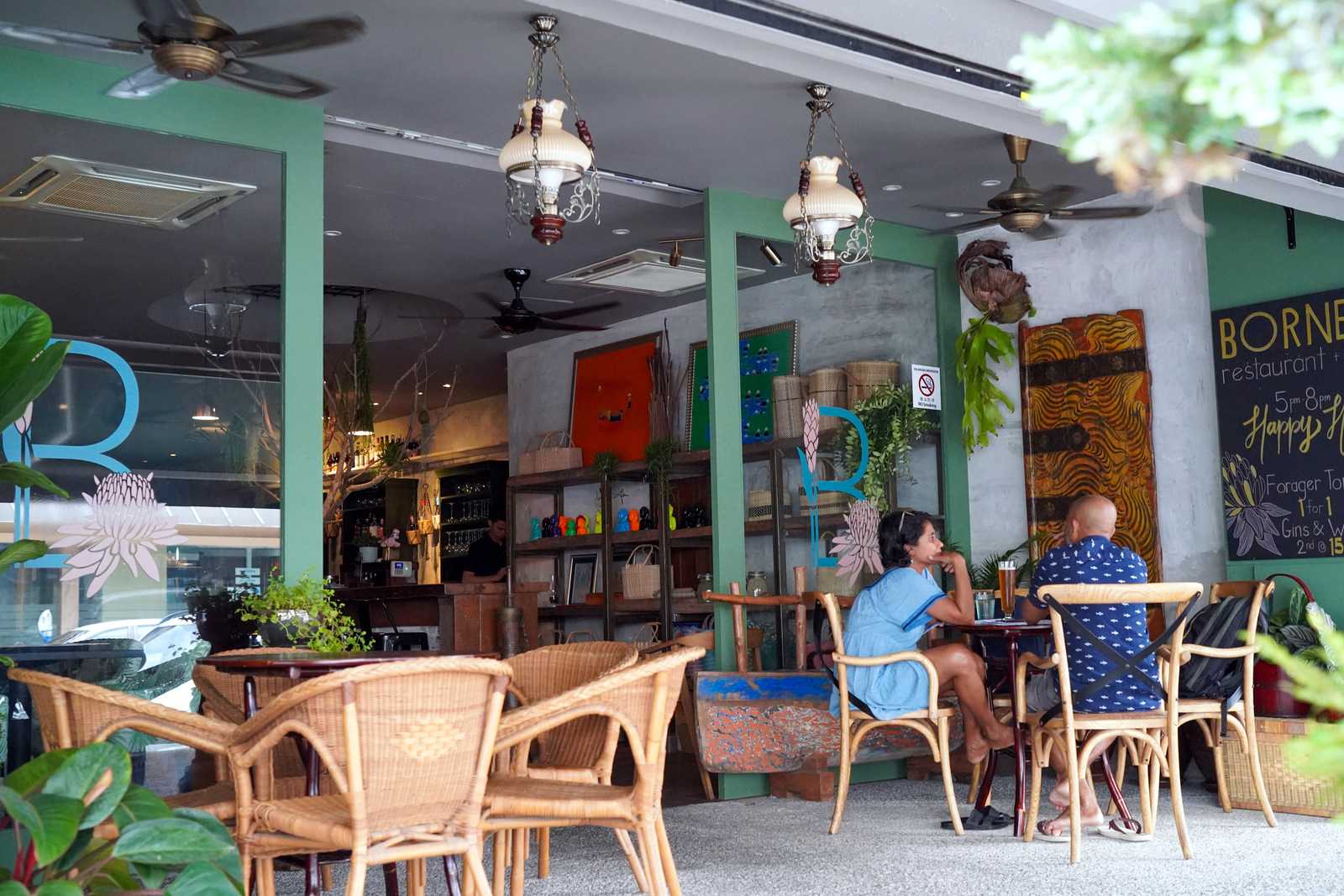 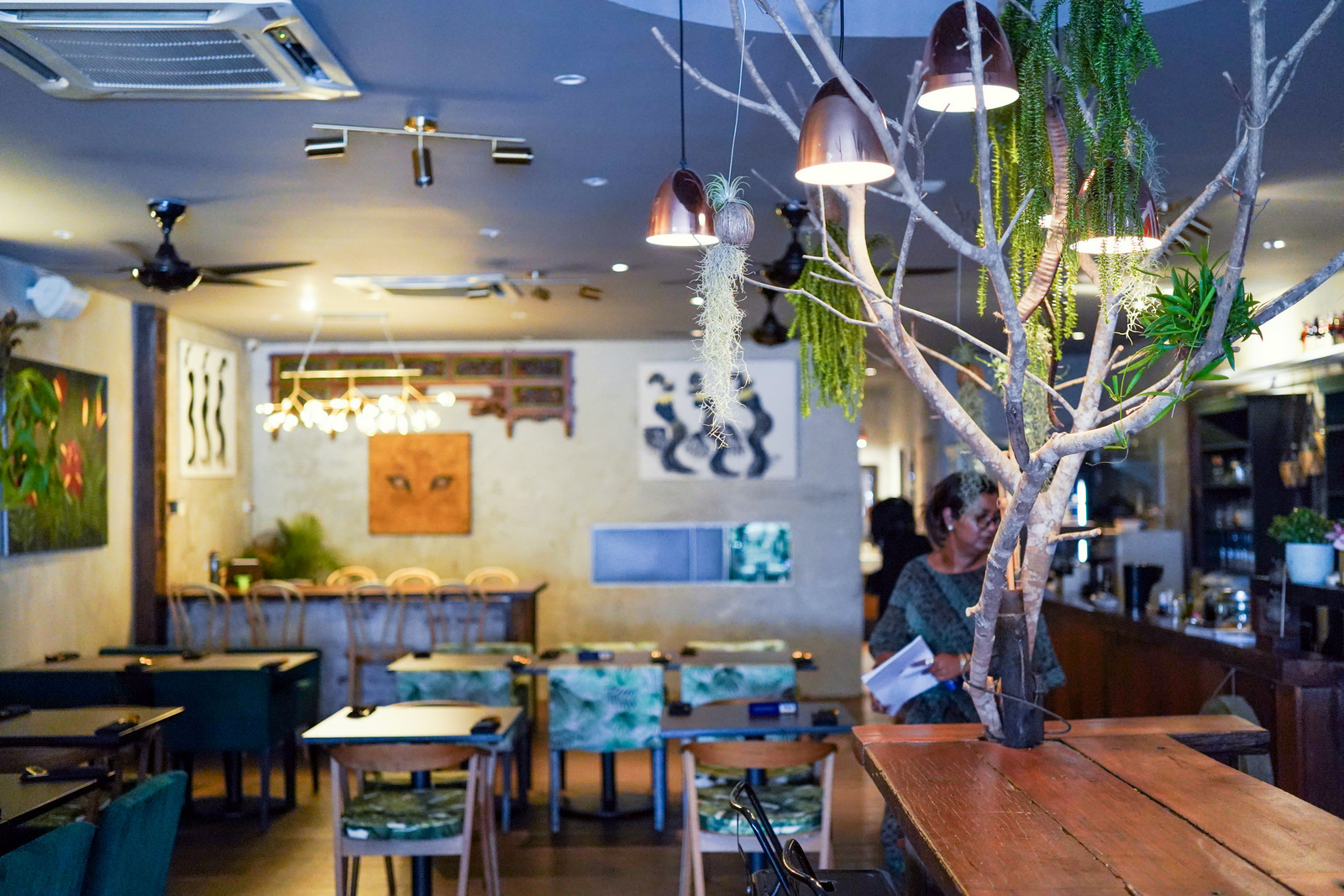 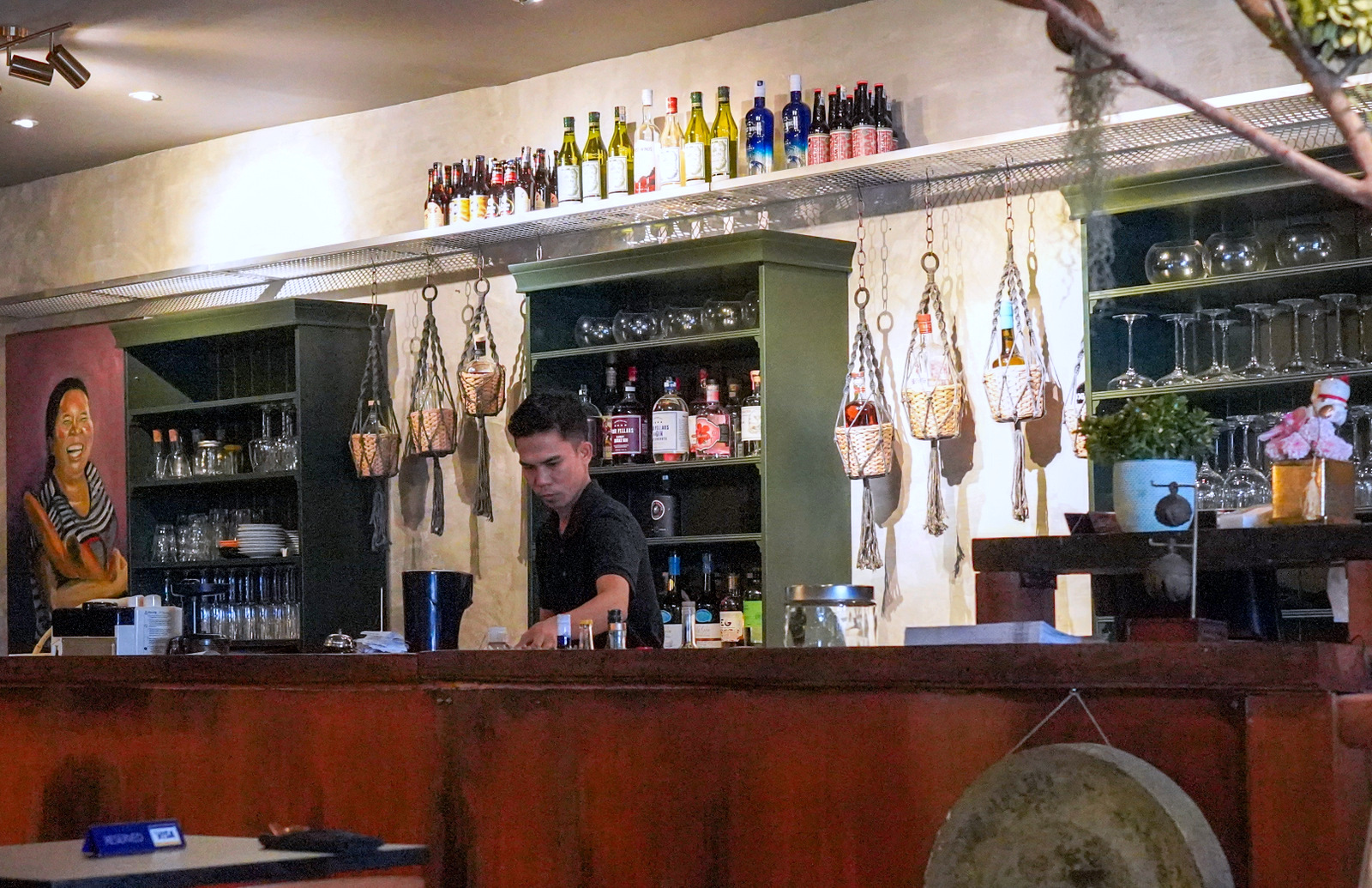 For years, the Yiin family have been unheralded champions of Borneo's produce, bringing Bario rice, wild-caught prawns, pearl snappers and more to their restaurants in KL, Living Food and Ashley's. The latter in Bangsar has now been transformed into Borneo - with a new collaborator, family friend Sheila, and a sharper focus on the indigenous ingredients of Sarawak and Sabah, the rebranded restaurant has the potential to reel in a fresh generation of customers unfamiliar with the family's work. 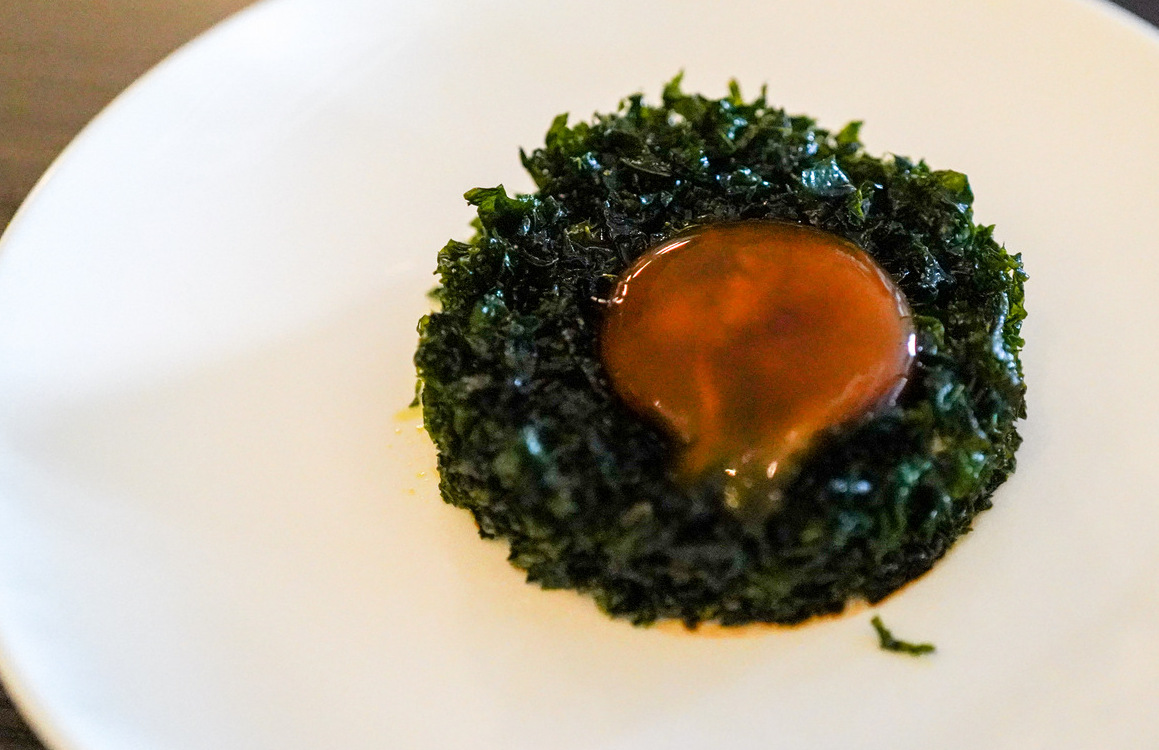 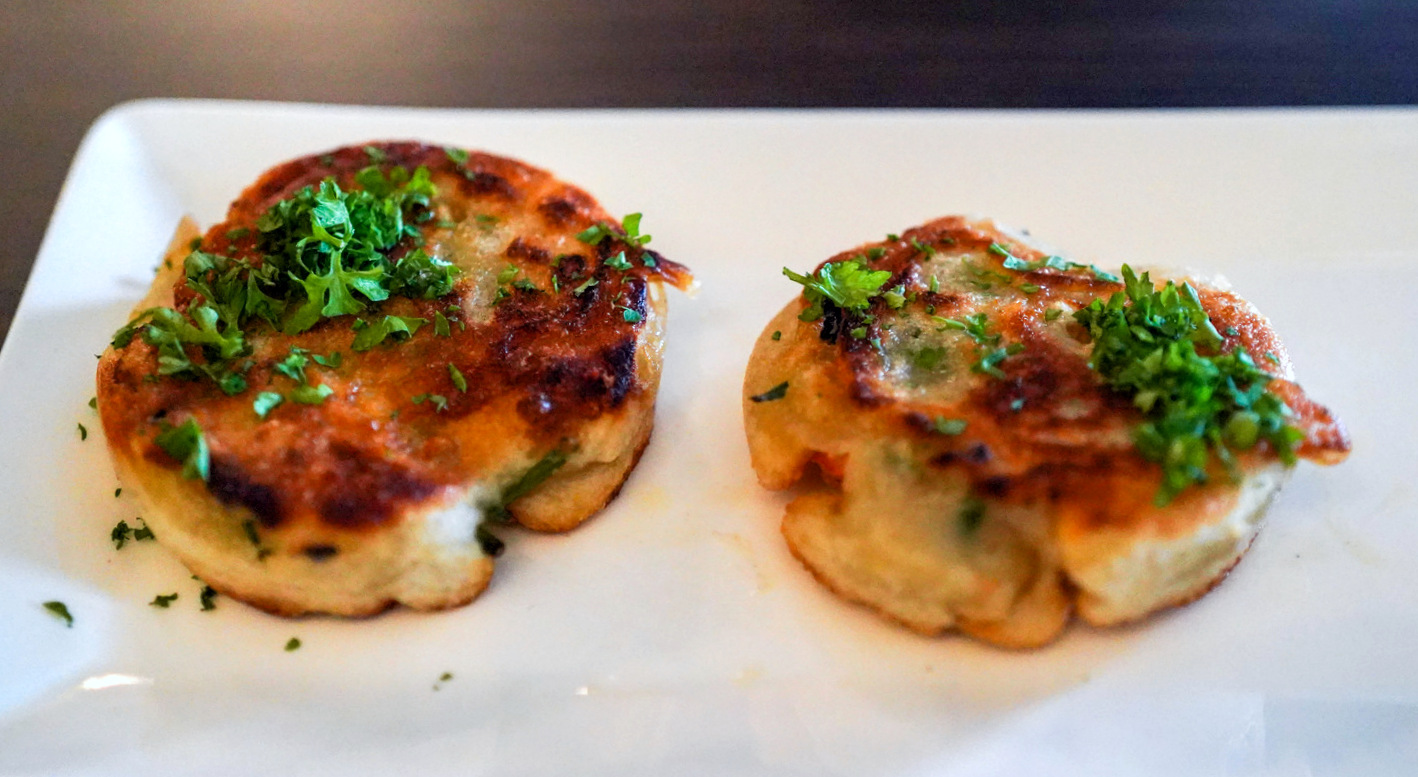 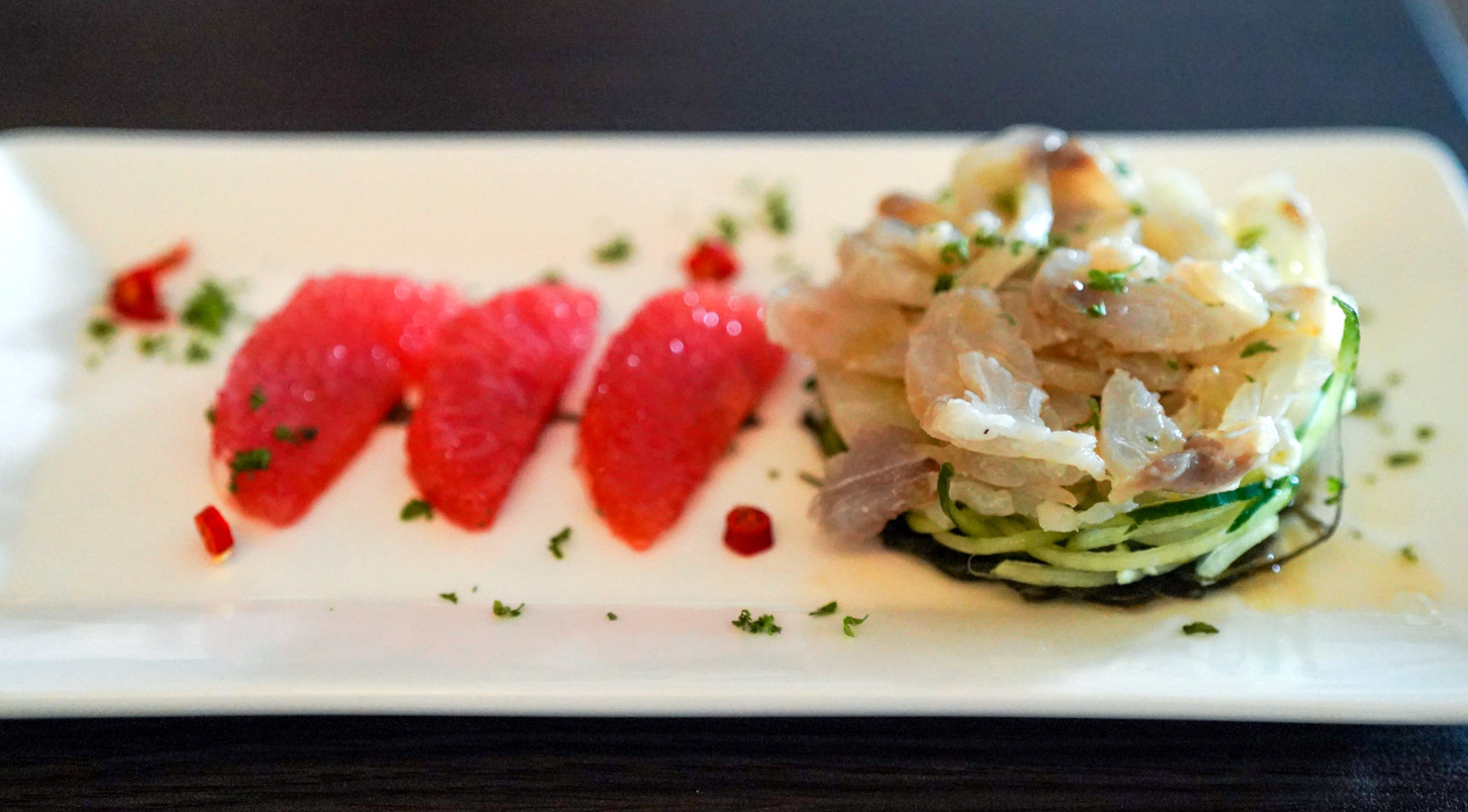 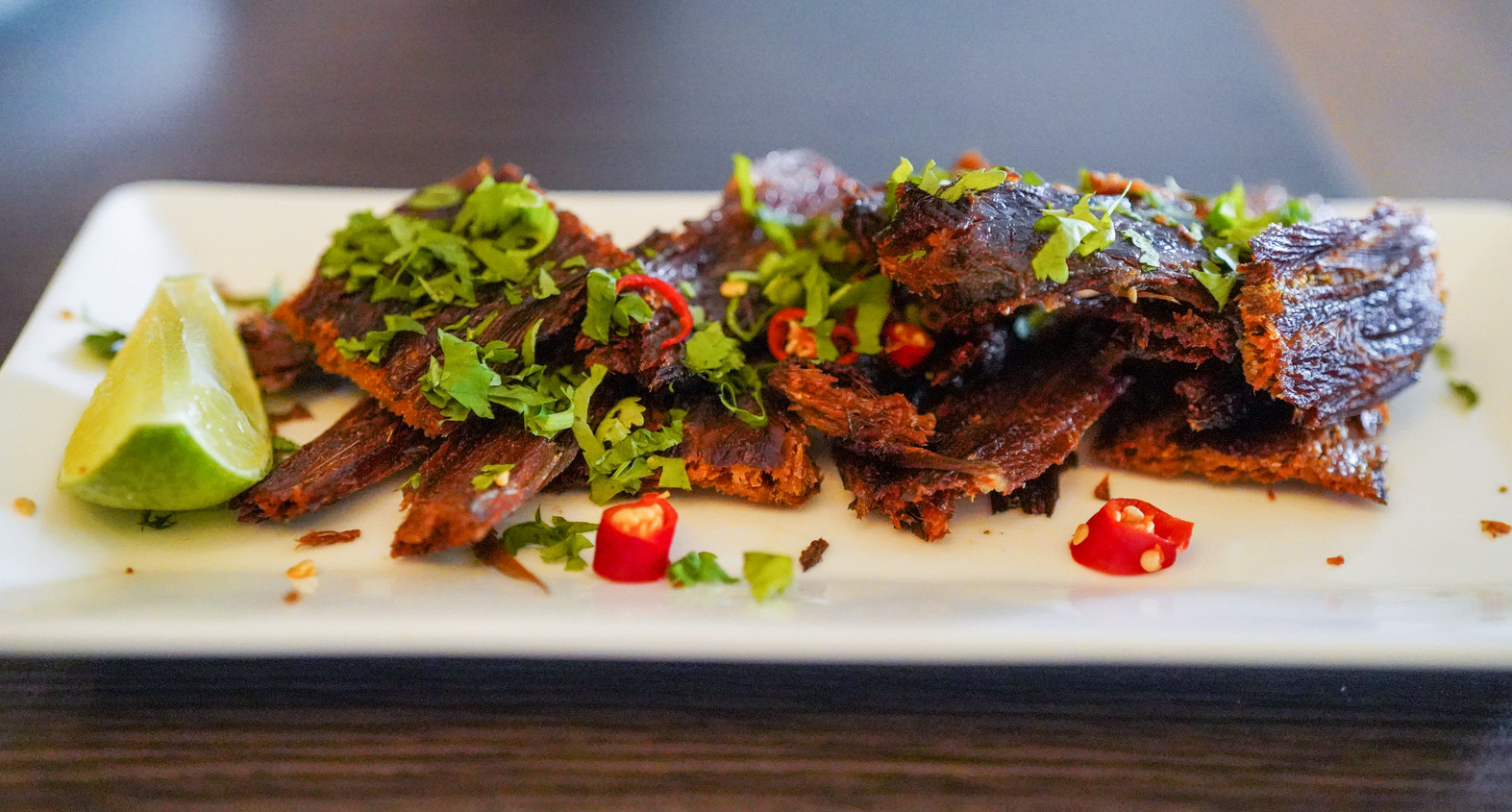 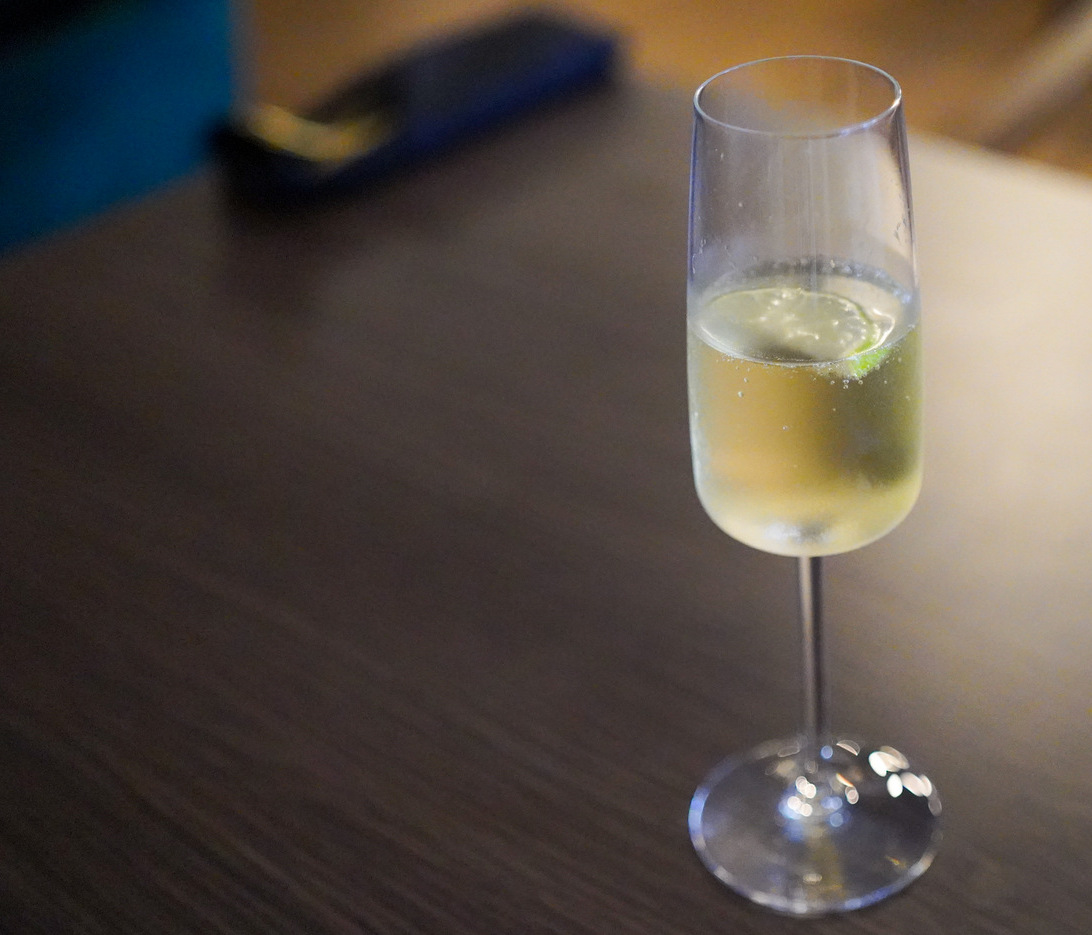 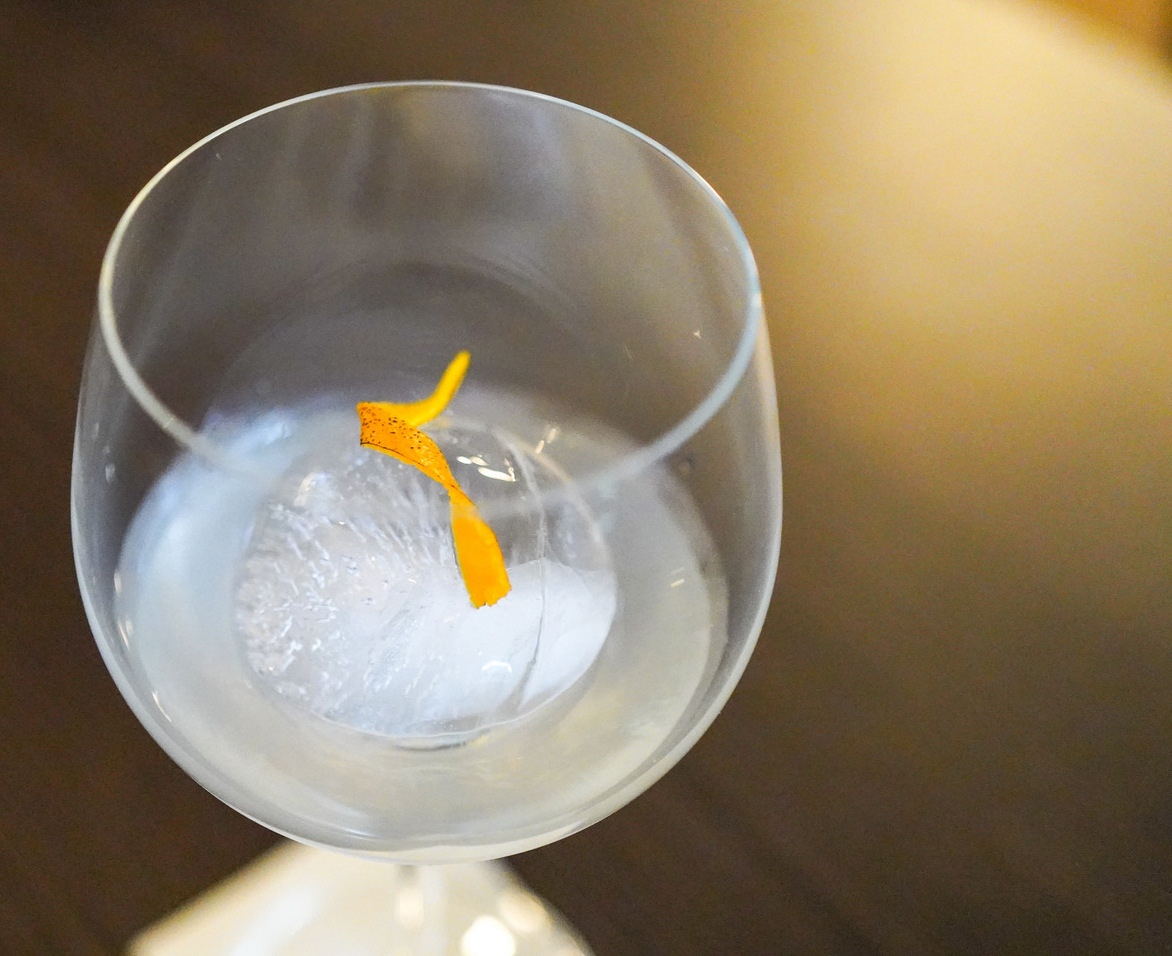 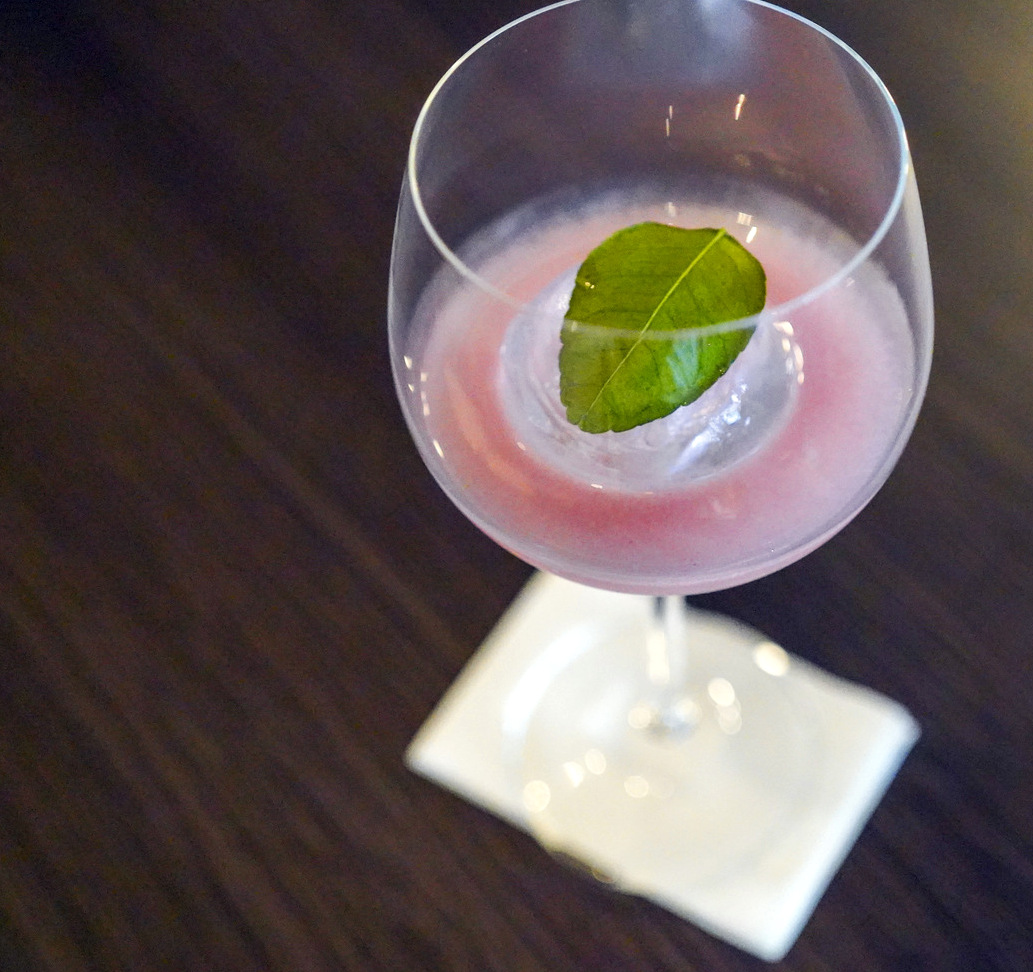 Much of the produce is currently brought in from Kuching, since the Yiins have roots both there and in Sandakan. While the kitchen is more than capable of infusing the ingredients into everything from classic noodles to contemporary salads and pastas, Borneo's small plates (mainly RM12-RM25 each) shine the limelight on the simple purity of its produce: cangkuk manis vegetable shrubs, their thin, light crispness accentuated in this fried preparation, made creamy with egg yolk that's been cured with soy and mirin for four hours; seafood pancakes laced subtly with toli shad fish roe, better known as telur terubuk masin, increasingly a pricey delicacy; as well as other ocean-based traditional temptations like the Kadazan-Dusun hinava (lime-marinated fish, Sabah's equivalent of ceviche, served here on a cushion of janggut duyong - mermaid's beard - red seaweed) and the street stall smoked treat of sharp-toothed, fine-boned ikan lumek salai with its umami-packed punch.

Some of this fare might be an acquired taste; so are the beverages, also Borneo-inspired, spanning artisan-brewed sparkling tuak (RM20 per glass, more mellow in its fermented rice-wine flavour) to cocktails like the Engkabang (RM40; Nusa Cana rum enriched with Engkabang fruit butter) and The Borneo (RM42; Opihr gin and Dolin Dry vermouth blended with dabai fruit, tuhau wild ginger, kaffir lime leaves and ginger flowers for a concoction that tastes more naturally-good-for-you than genuinely-good). 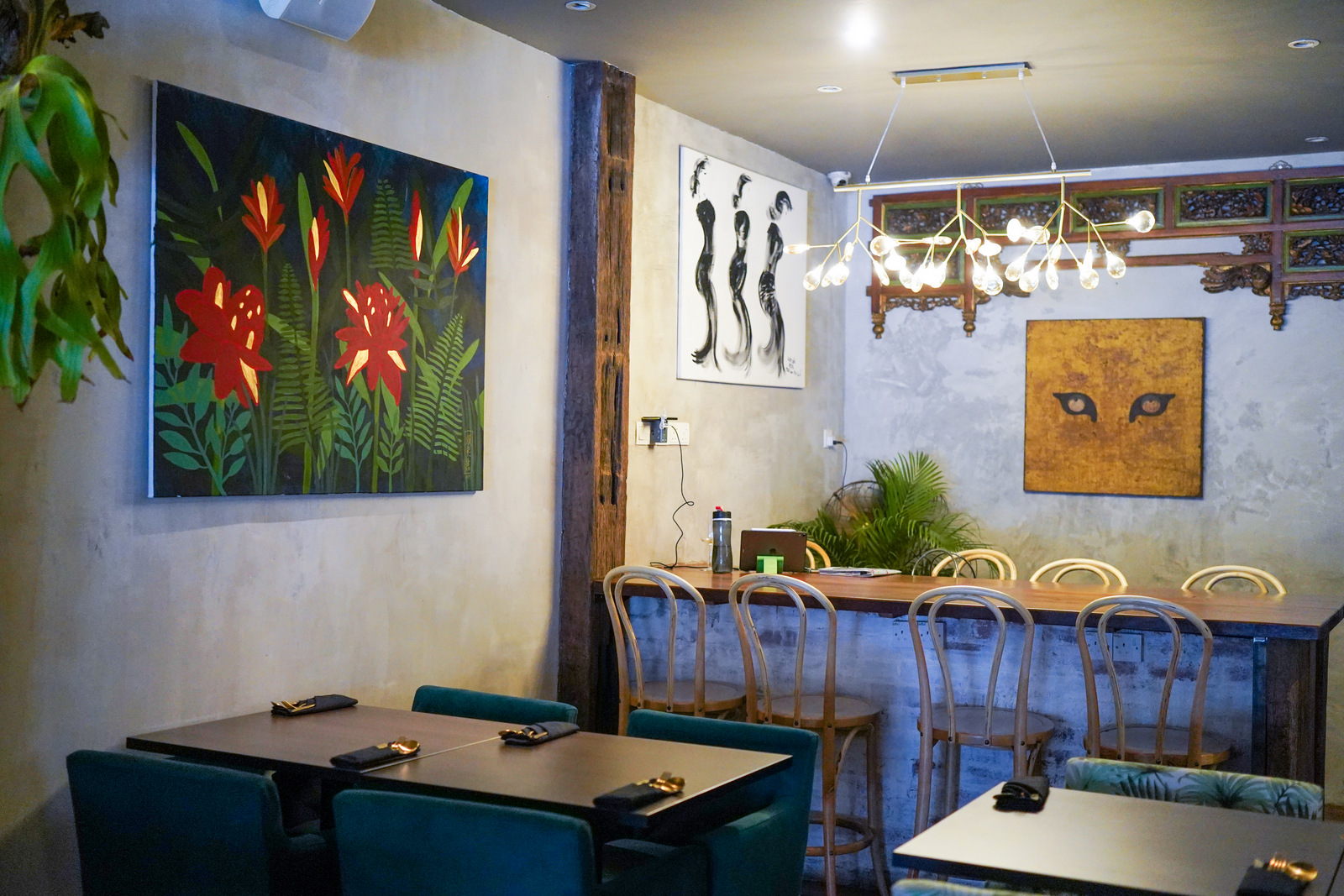 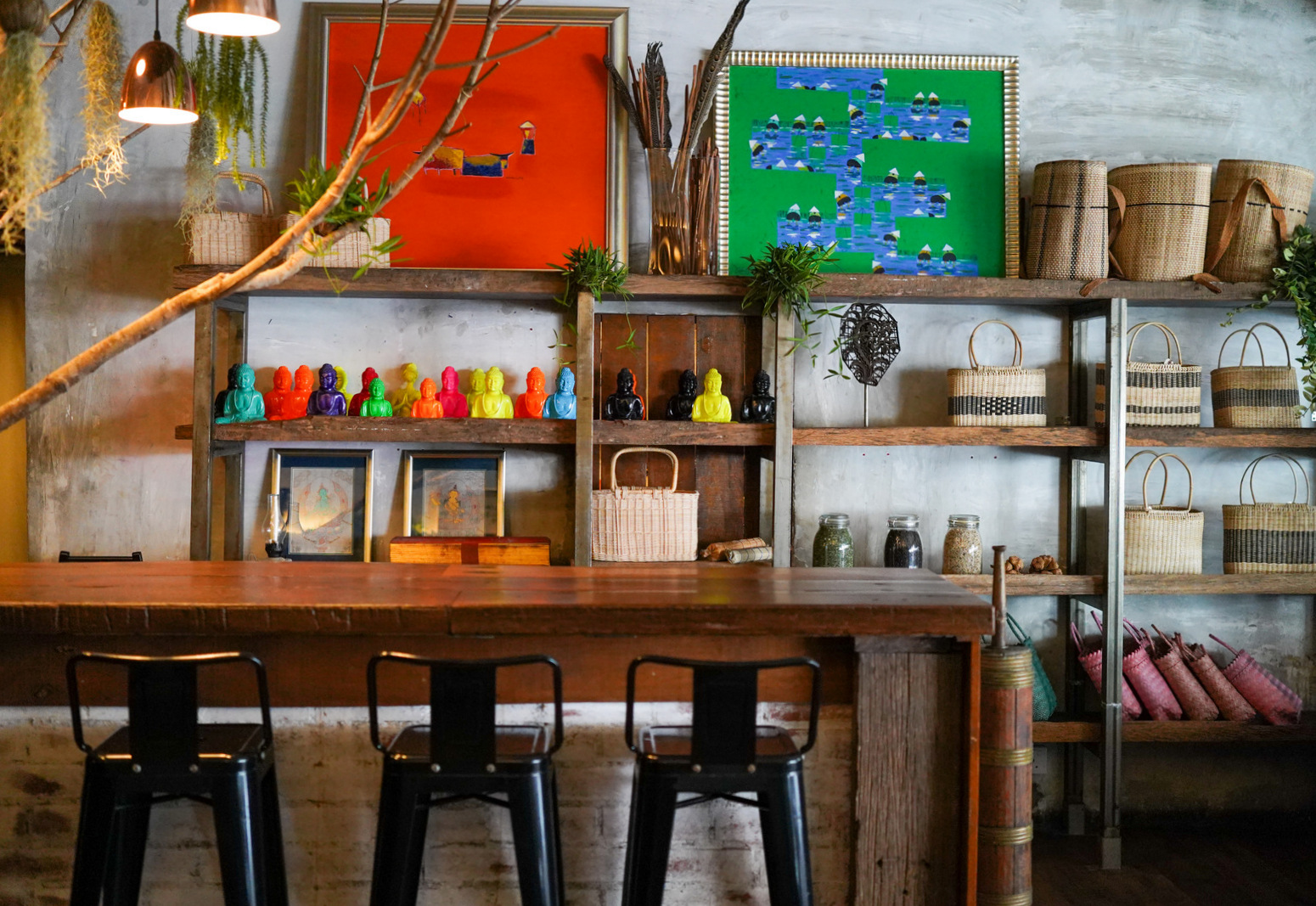 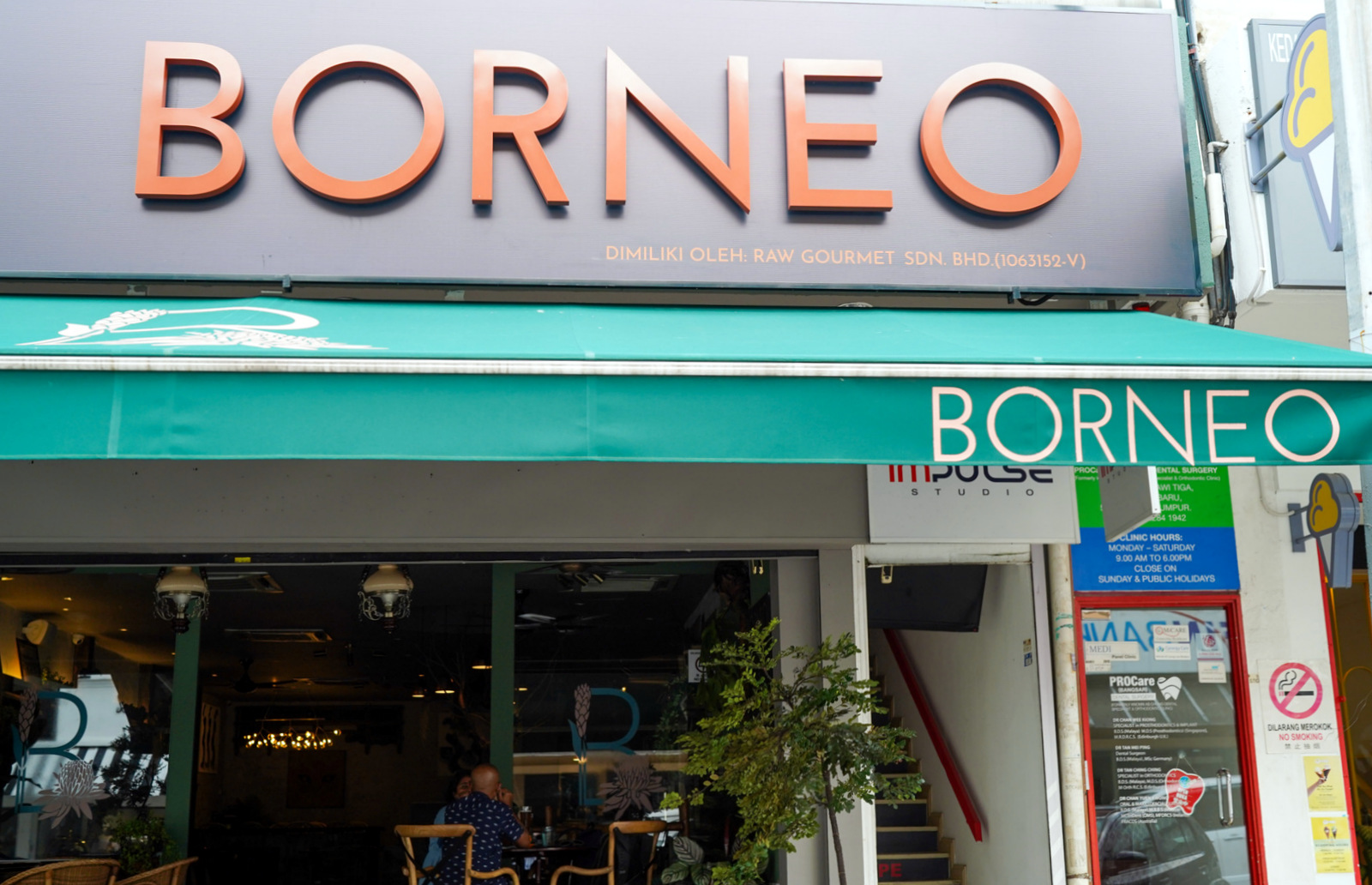 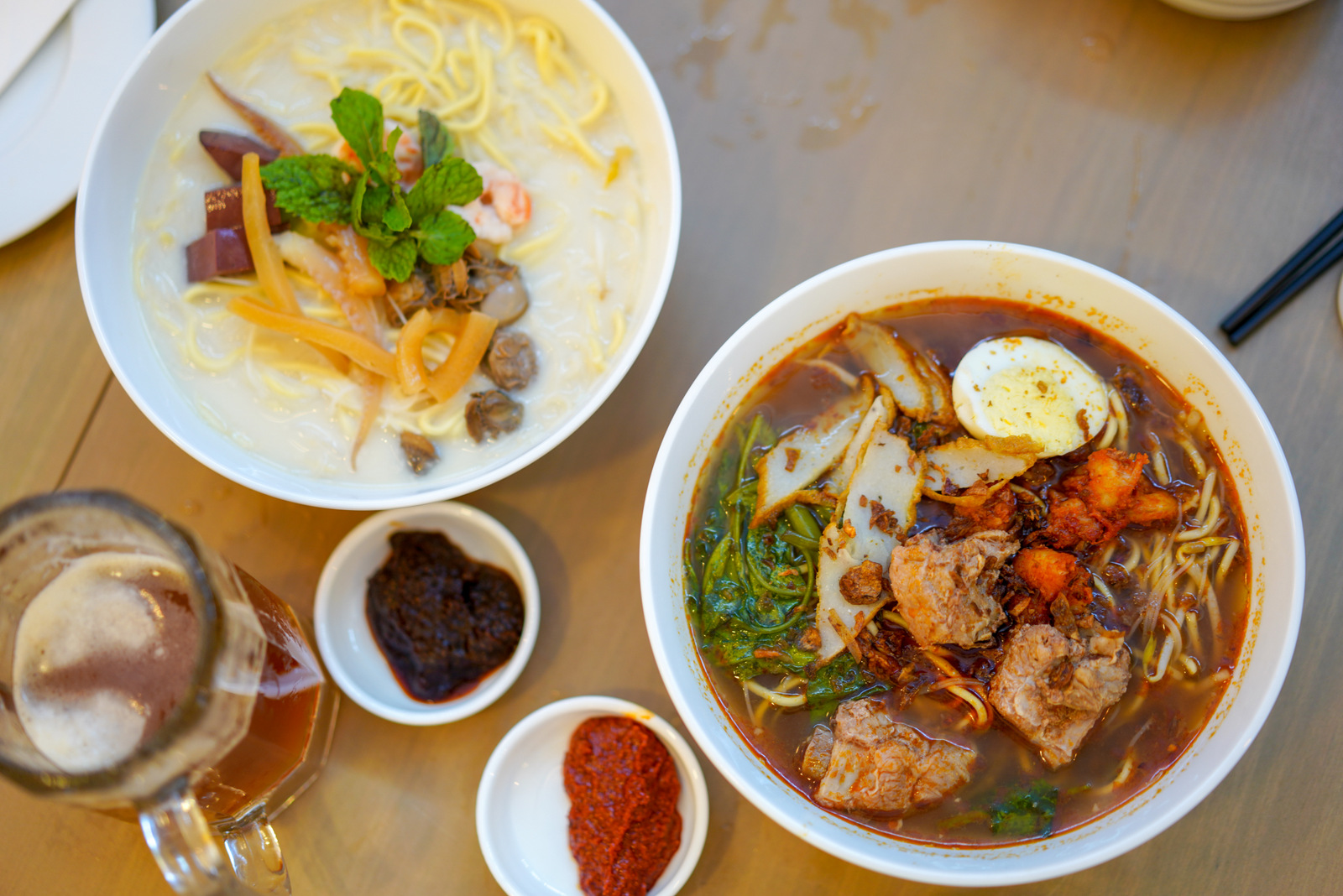 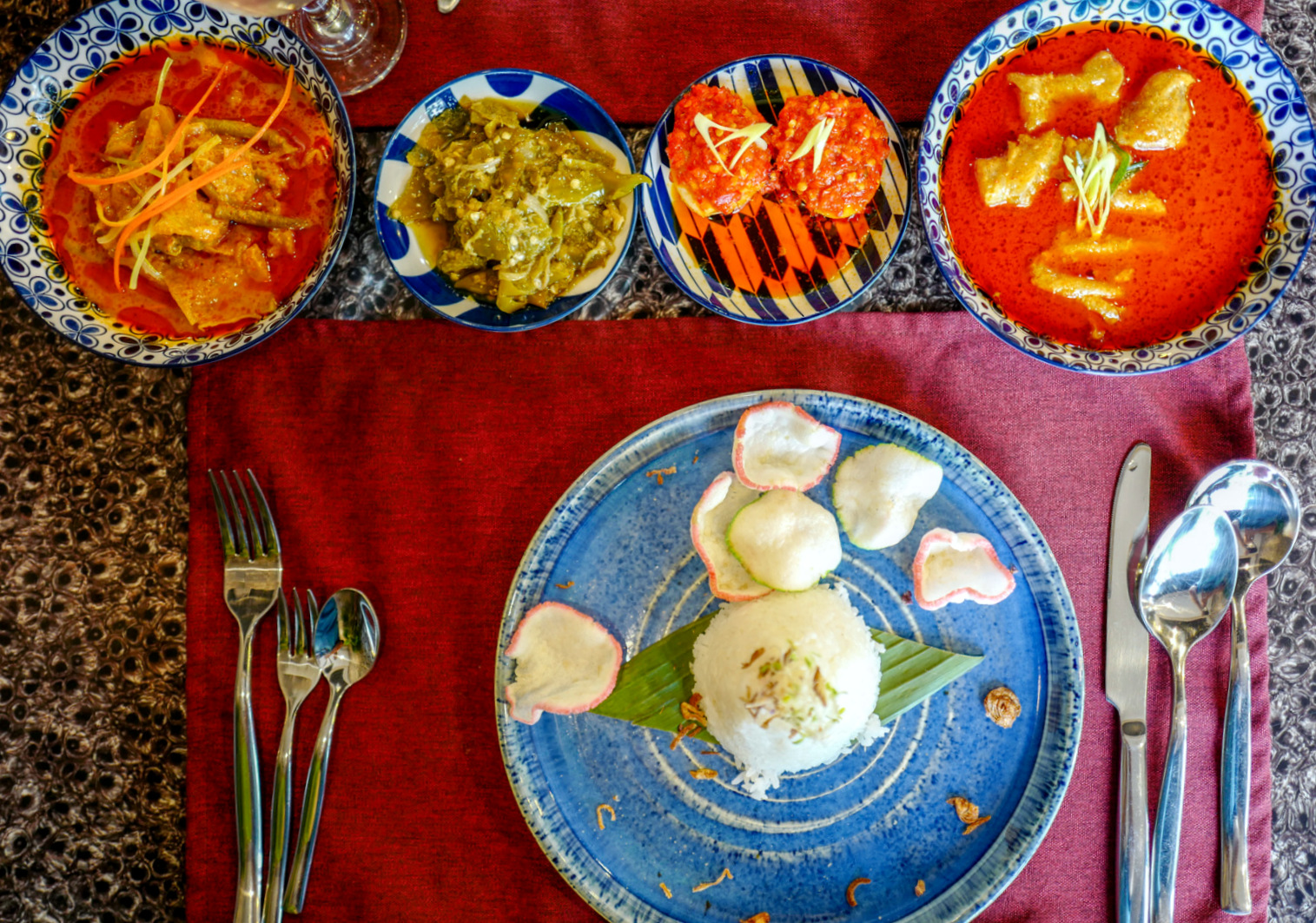 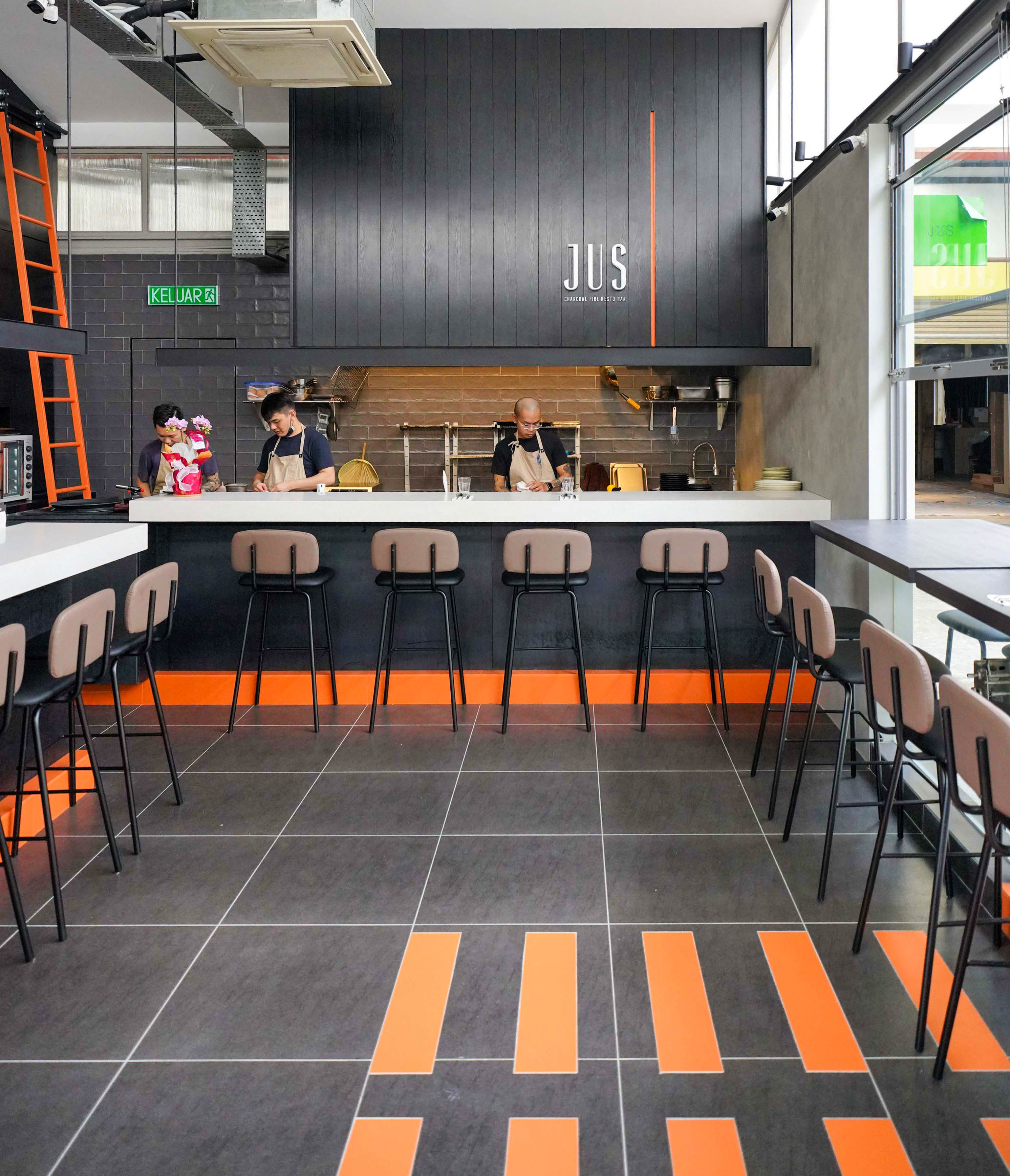