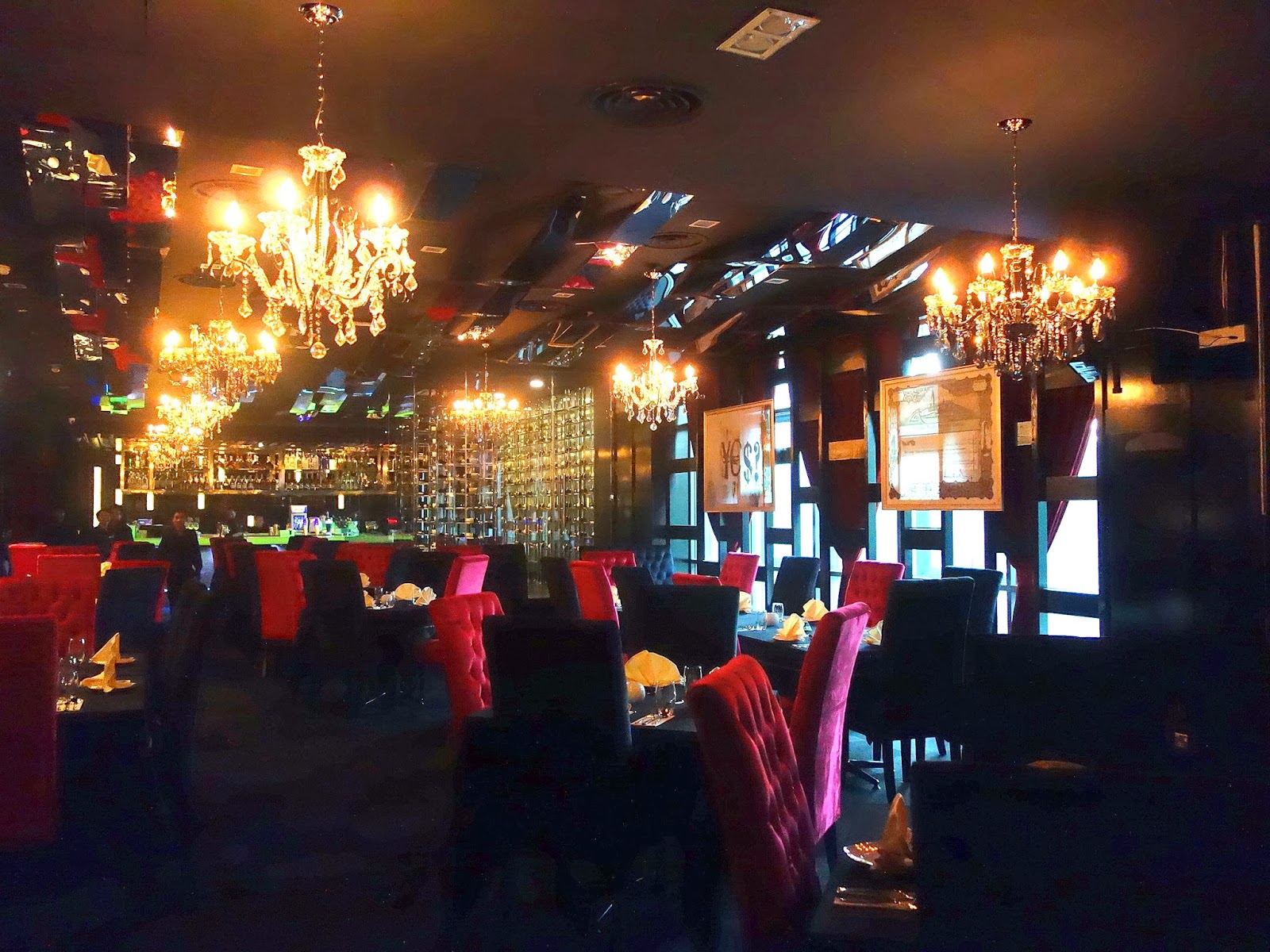 Bankers Room, a restaurant & lounge, takes over the space that once was il Primo on Jalan Kia Peng; it has ambition, so it could become a force to be reckoned with if its performance ever matches its potential. 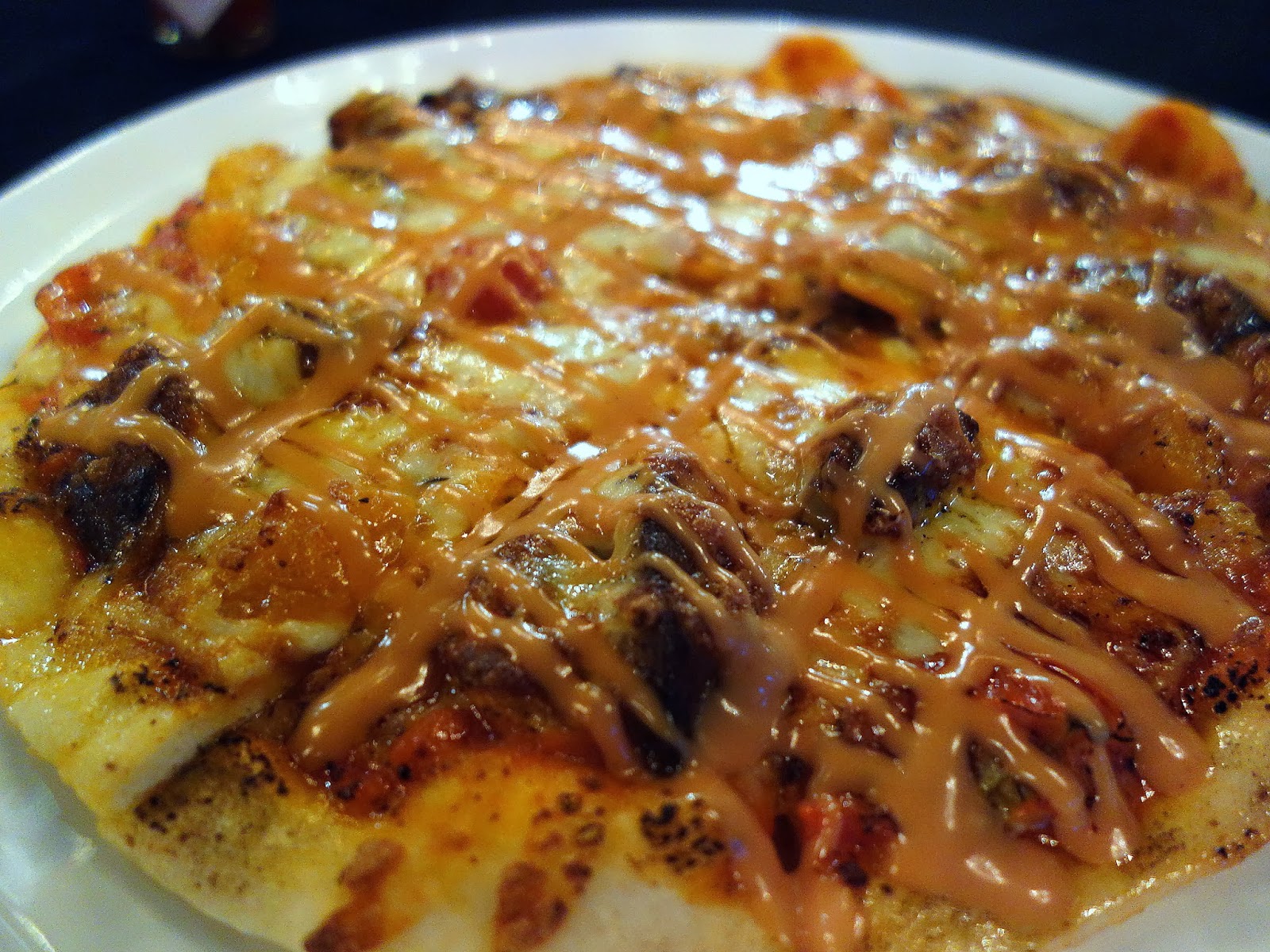 We like how the kitchen dares to be different; based on this (punctuation-challenged) outlet's name, it might be hoping to lure deep-pocketed patrons who won't mind paying RM50 before taxes for this pizza topped with foie gras, peaches, lemon dressing & creamy capsicum puree. 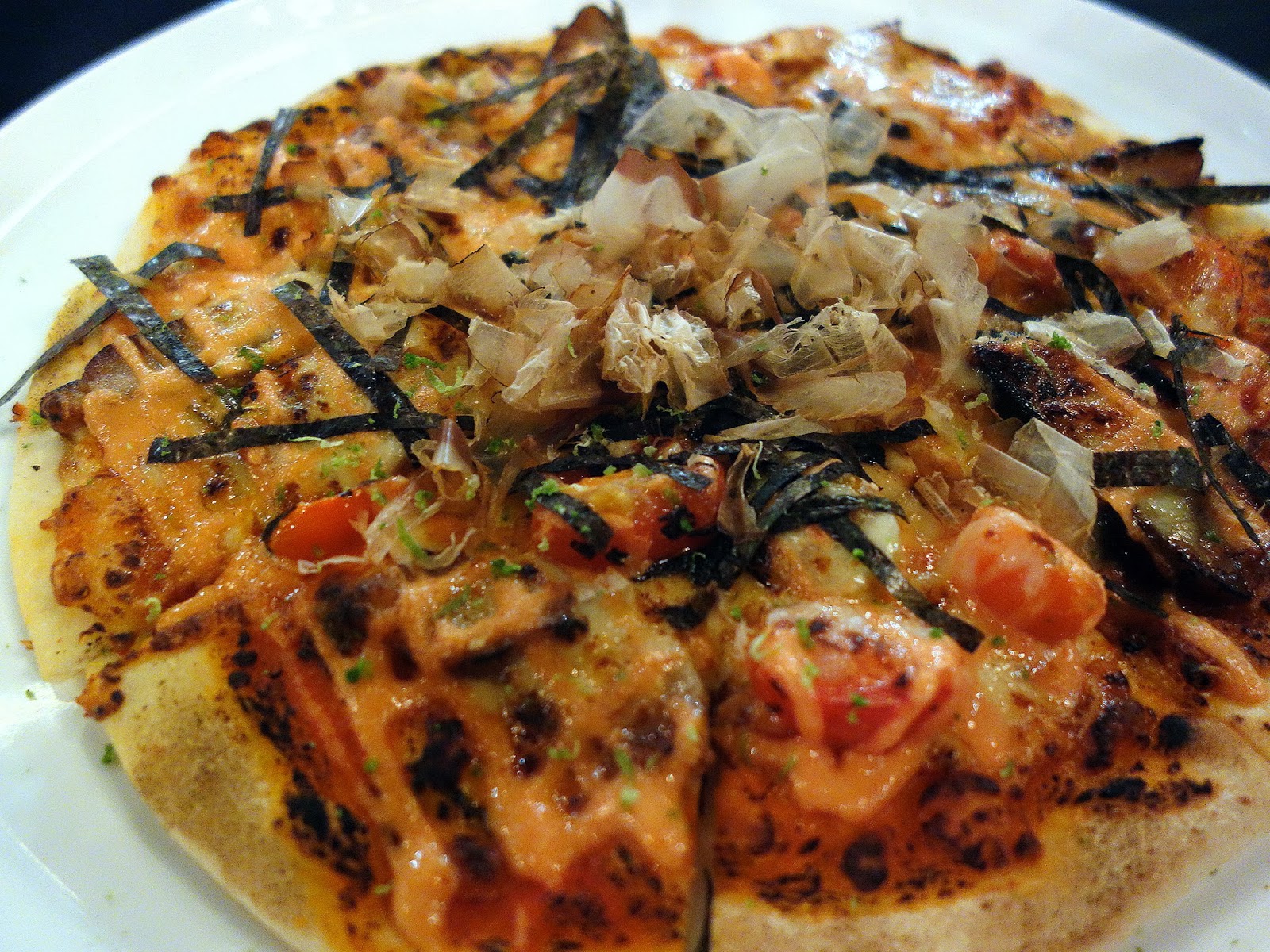 Another pizza, blanketed with unagi, egg, bonito flakes, nori, green pepper, spicy cod roe mayo, lime zest & shallot rings (RM30). It's a fun experiment, certainly & enjoyably tasty, but there's a nagging feeling that with so much going on here, all the nuances of flavour are overwhelmed. 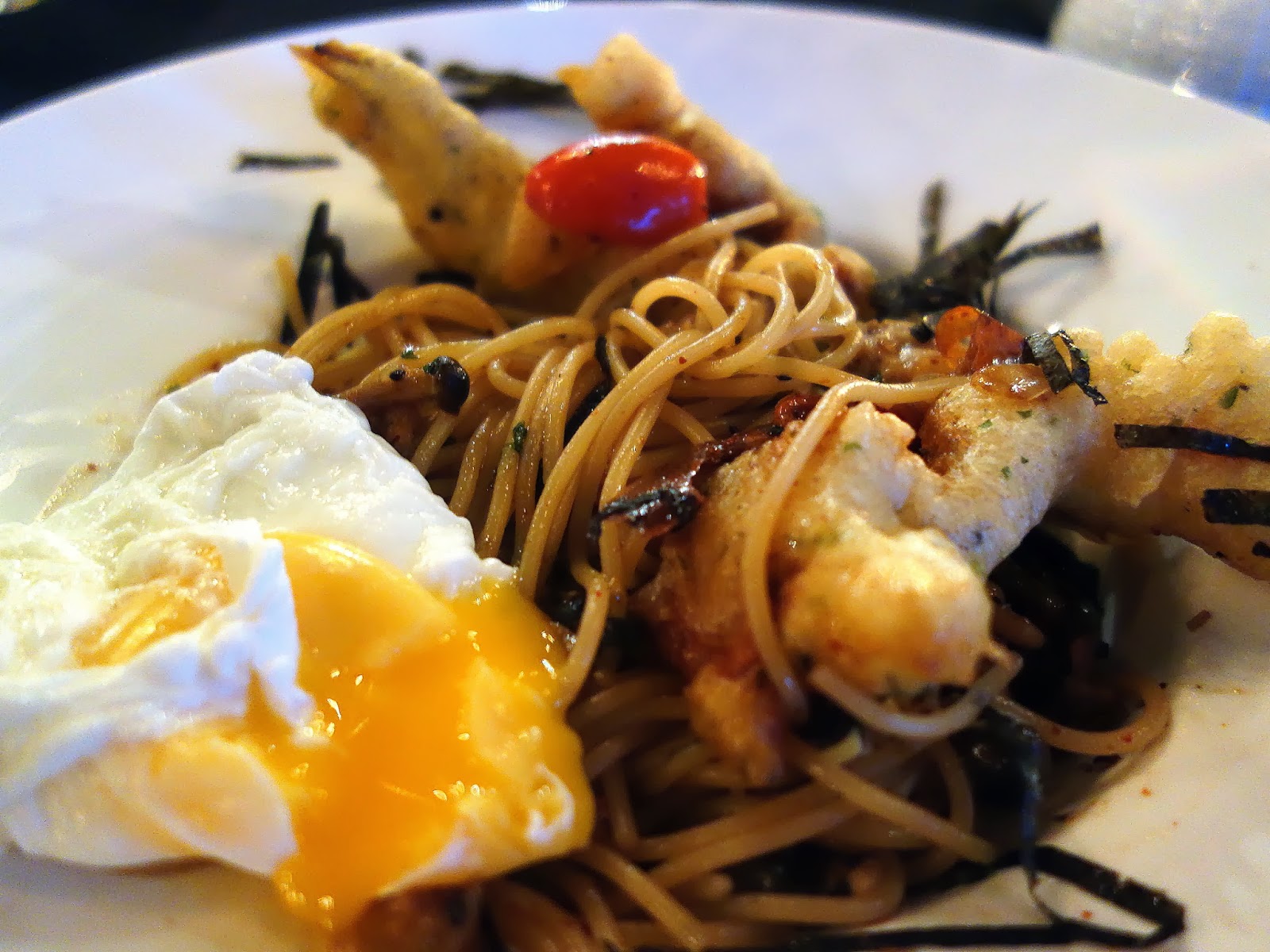 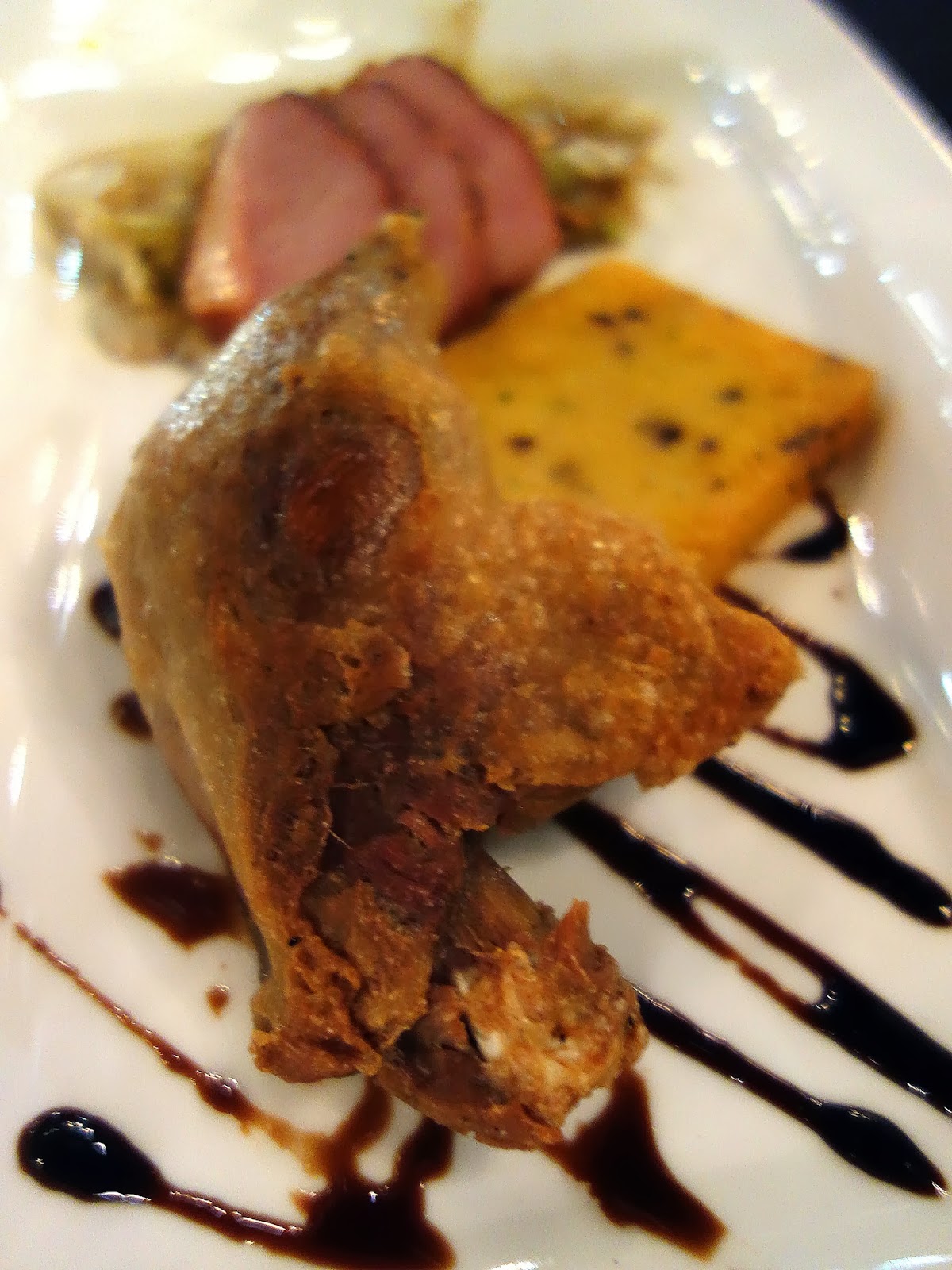 Duck confit, fairly well-executed, paired with more duck (smoked), a rather dry polenta cake & cabbage in orange sauce (RM36). Not bad; the combo sounds perfect on paper, so that needs to be translated better on the plate. But easier said than done, sure. 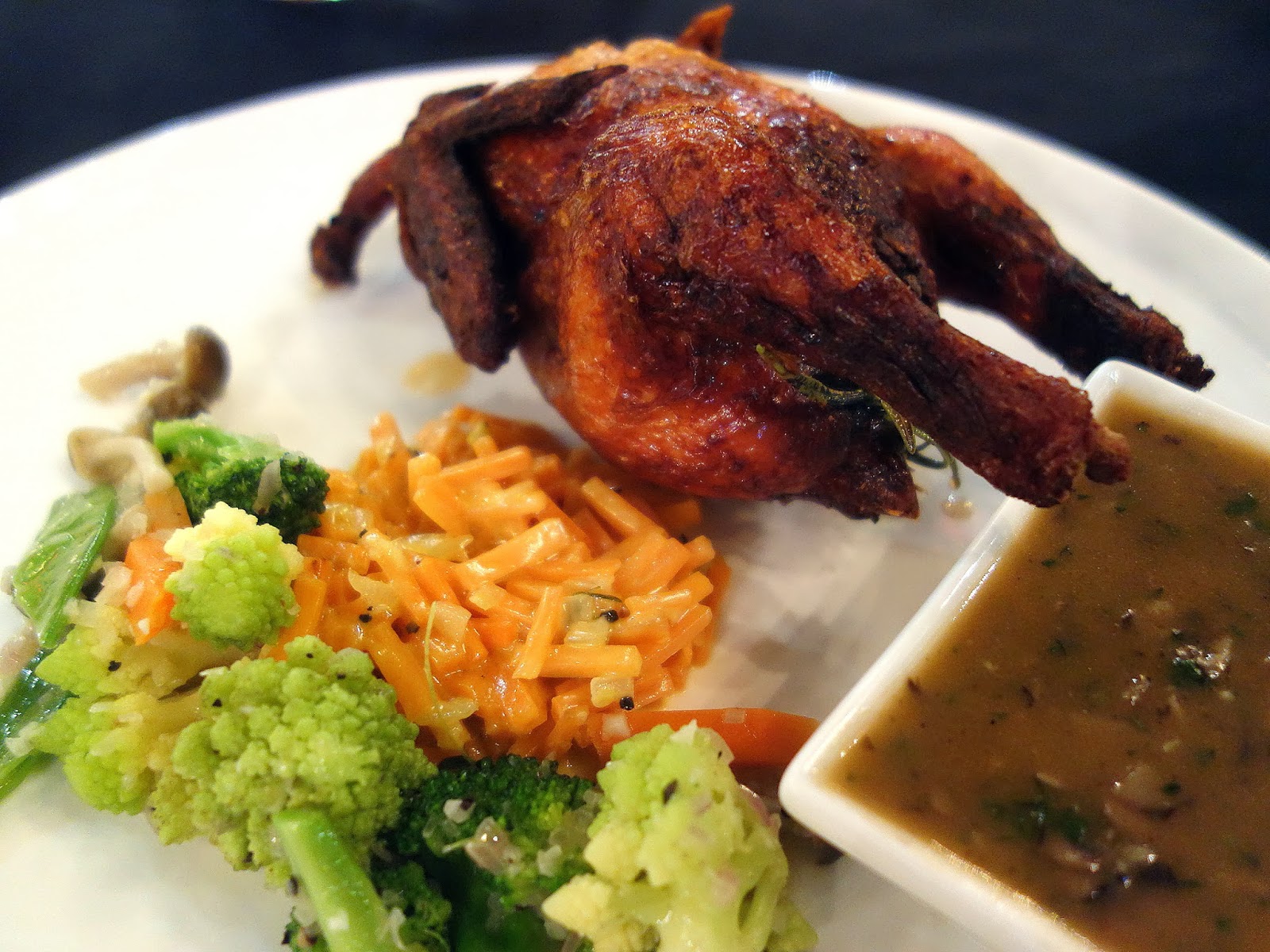 Spring chicken with sweet potato 'risotto,' veggies & mushroom sauce (RM32). Elegant comfort food, a little simpler than everything else here. Won't go down as one of 2014's most memorable dishes, but it'll still go down well. 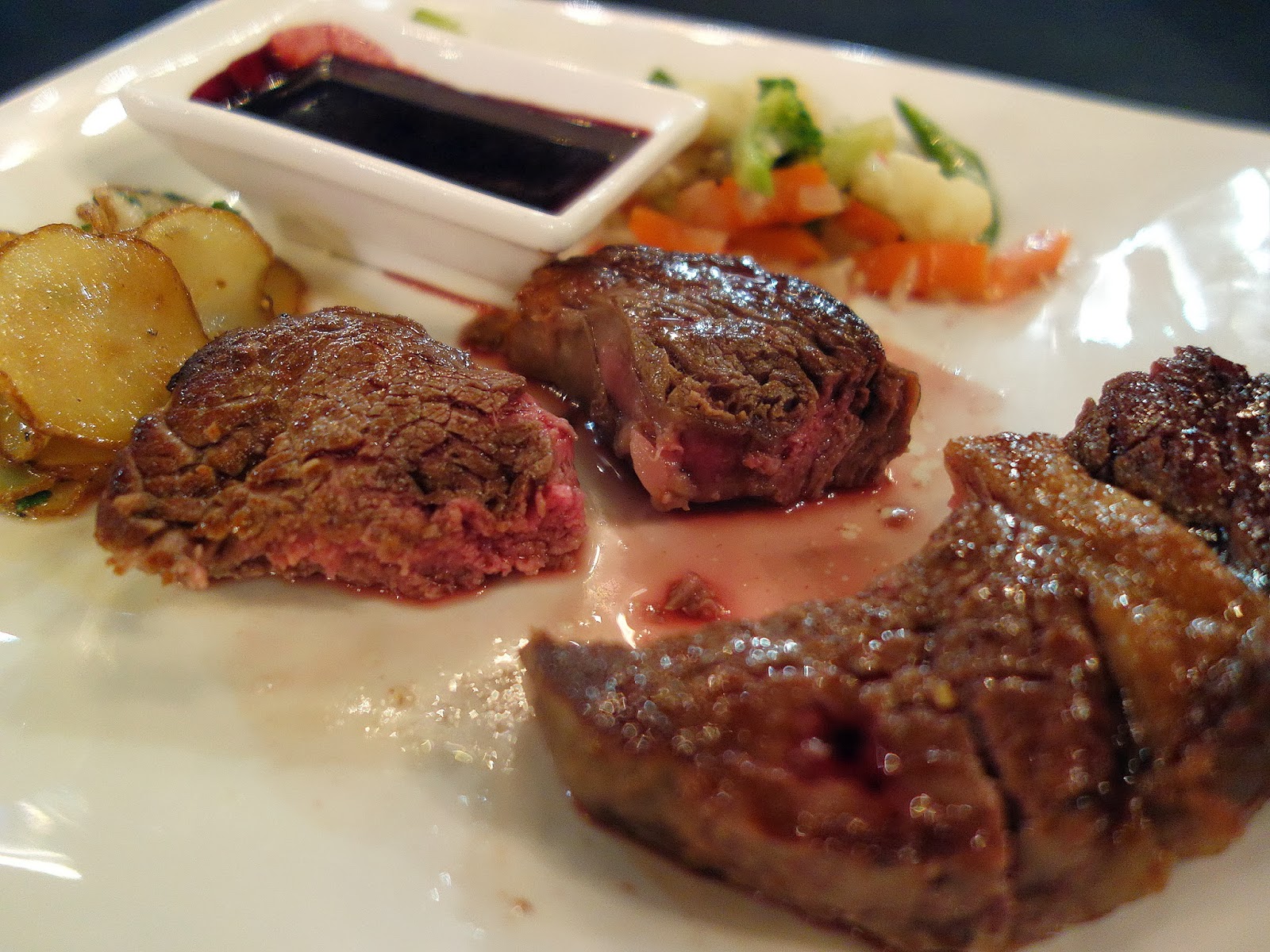 Rib-eye served with bone marrow, roasted potatoes, veggies & Merlot butter sauce (RM48). The service team here works hard & is attentive, but many of them seem to lack the confidence & experience to shine. Meanwhile, the kitchen could be understaffed, as our orders often took a long time to emerge, sometimes with missing ingredients. 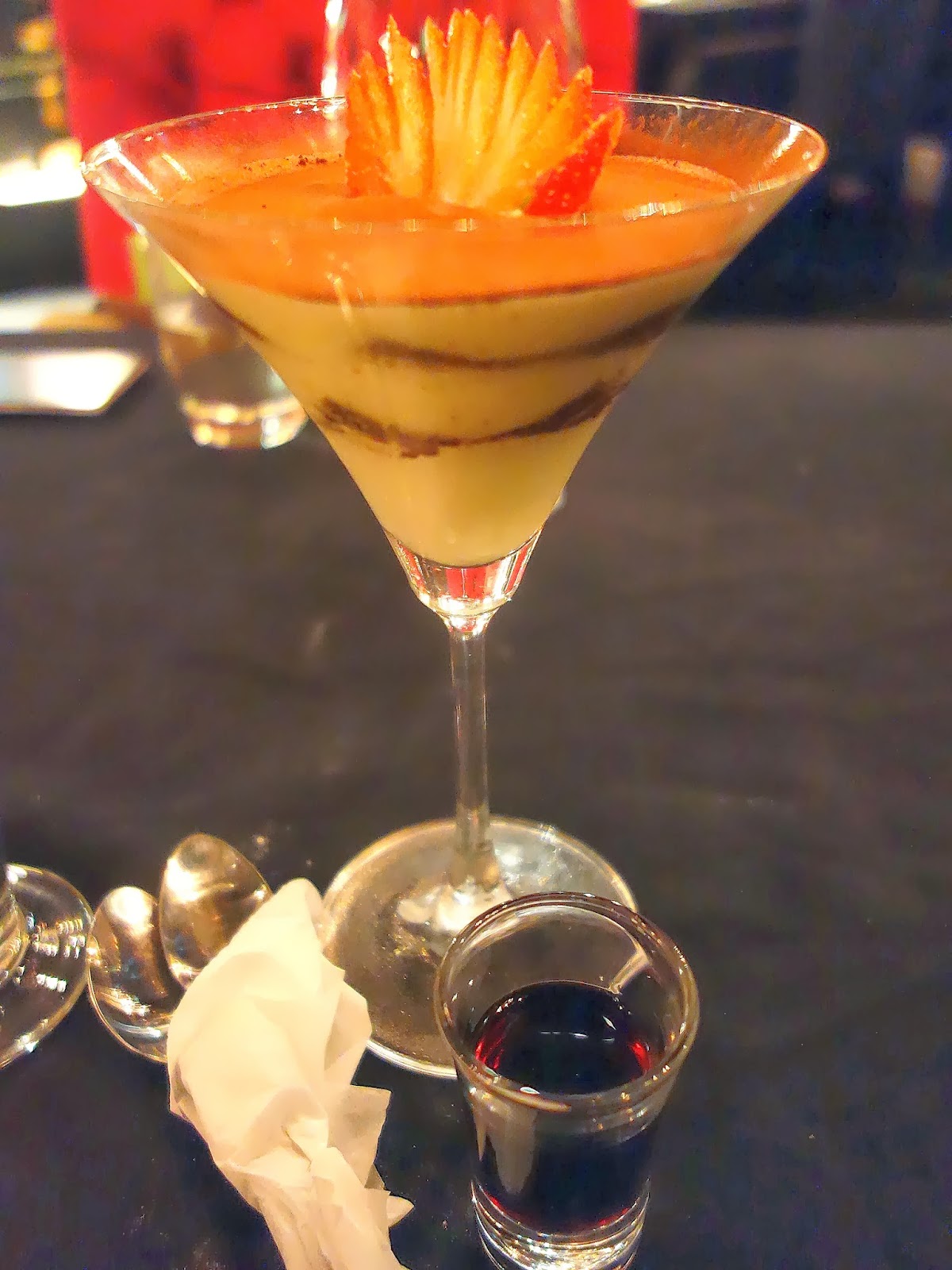 This tiramisu has an unbeatable alcoholic kick, served with a shot of port wine on the side. For only RM14, well worth the price. 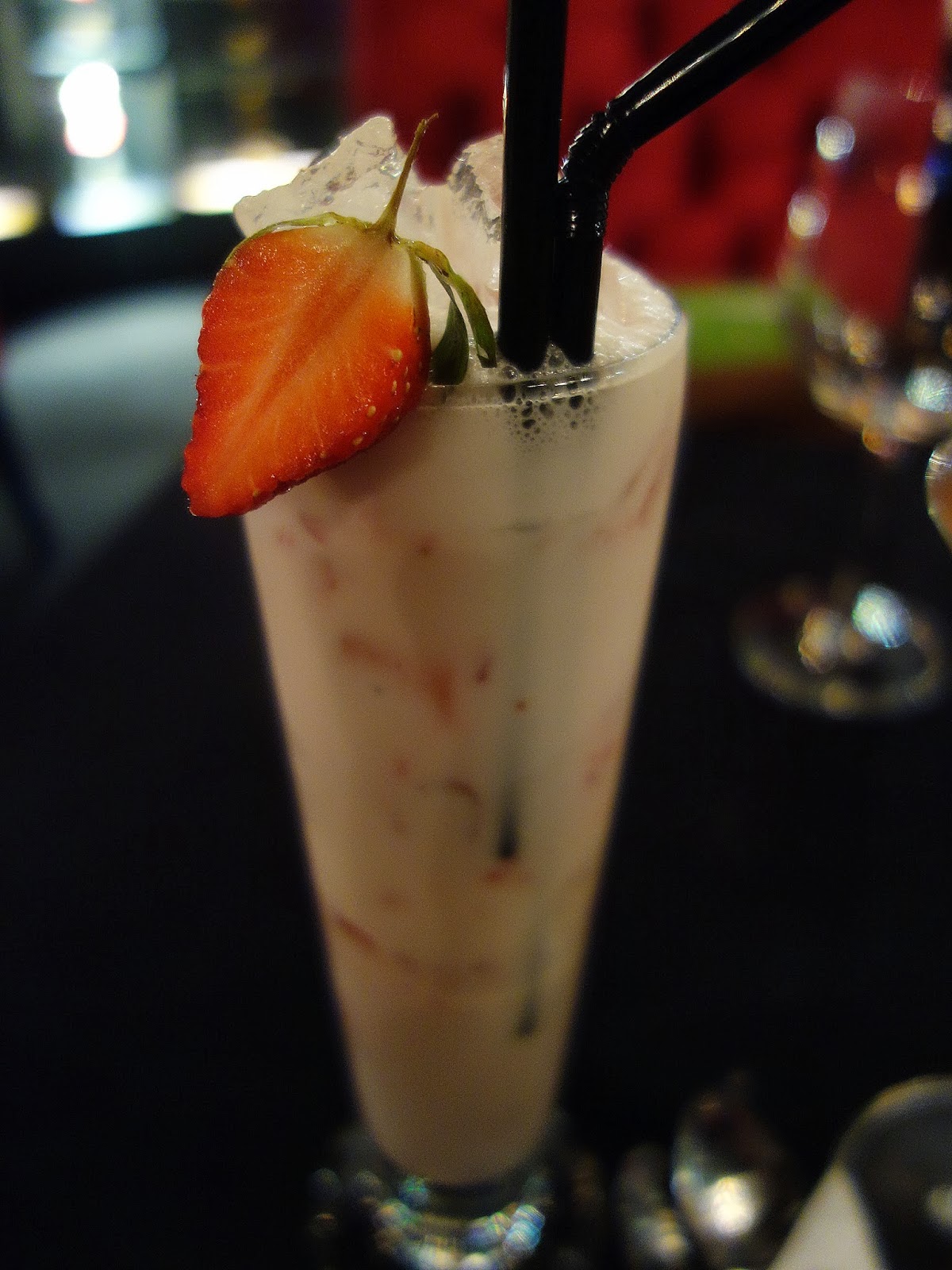 The essential cocktails & wines are available (there's a cool walk-in cellar), plus all the other liquor that we could want. All in all, with some fine-tuning, this could someday turn into a place to recommend. We're not sure it'll happen, but we sure hope it does. 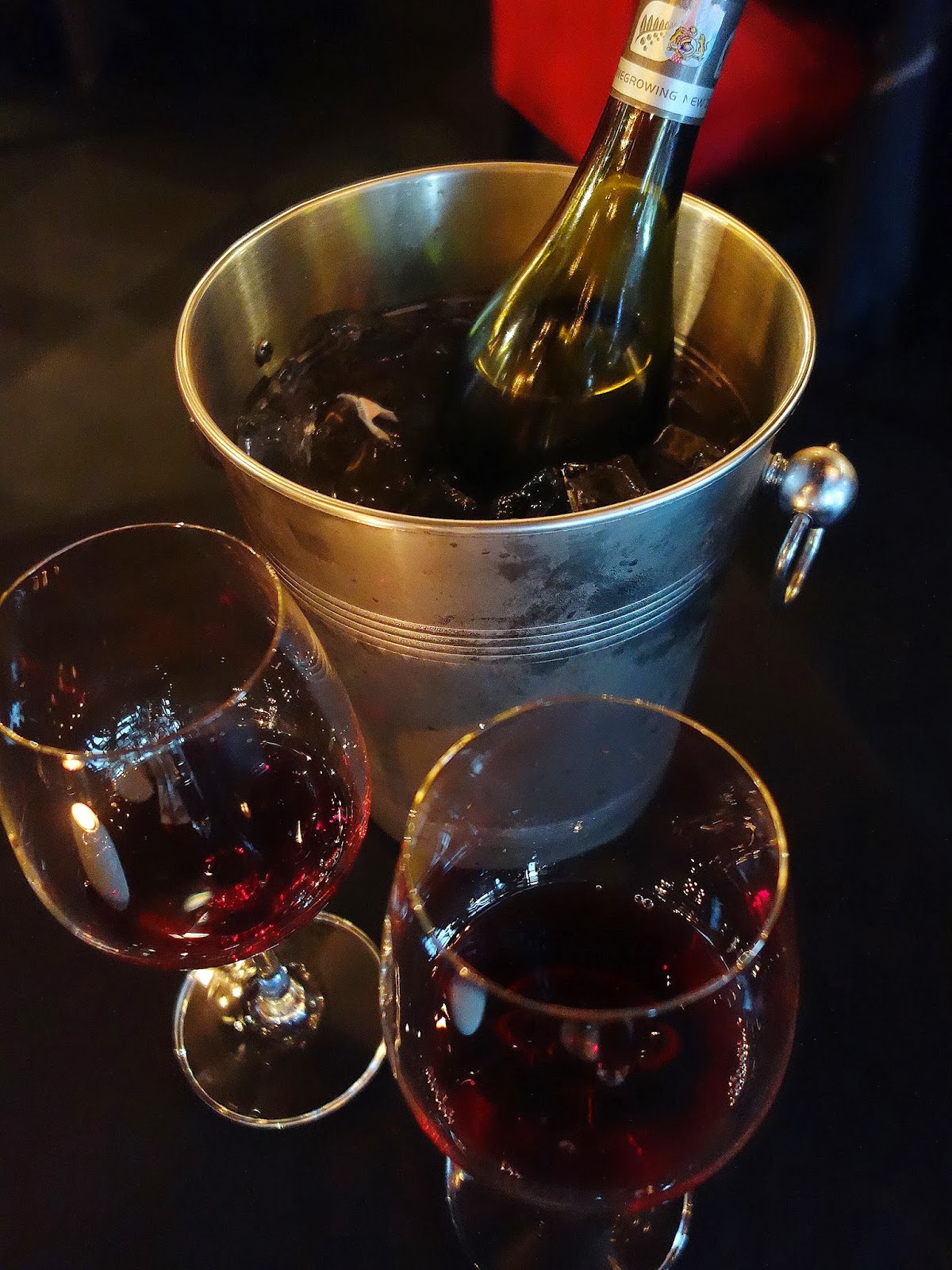 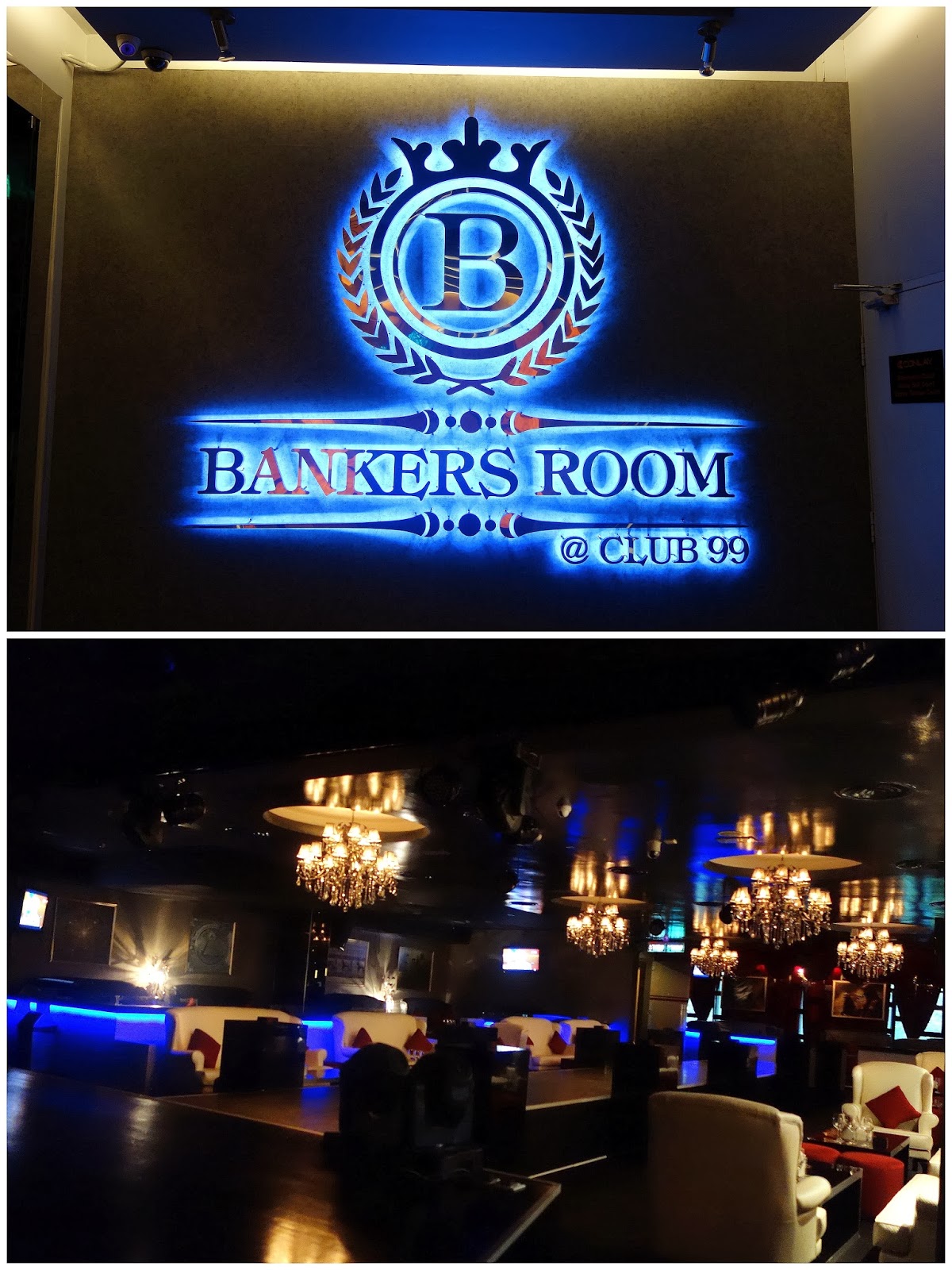 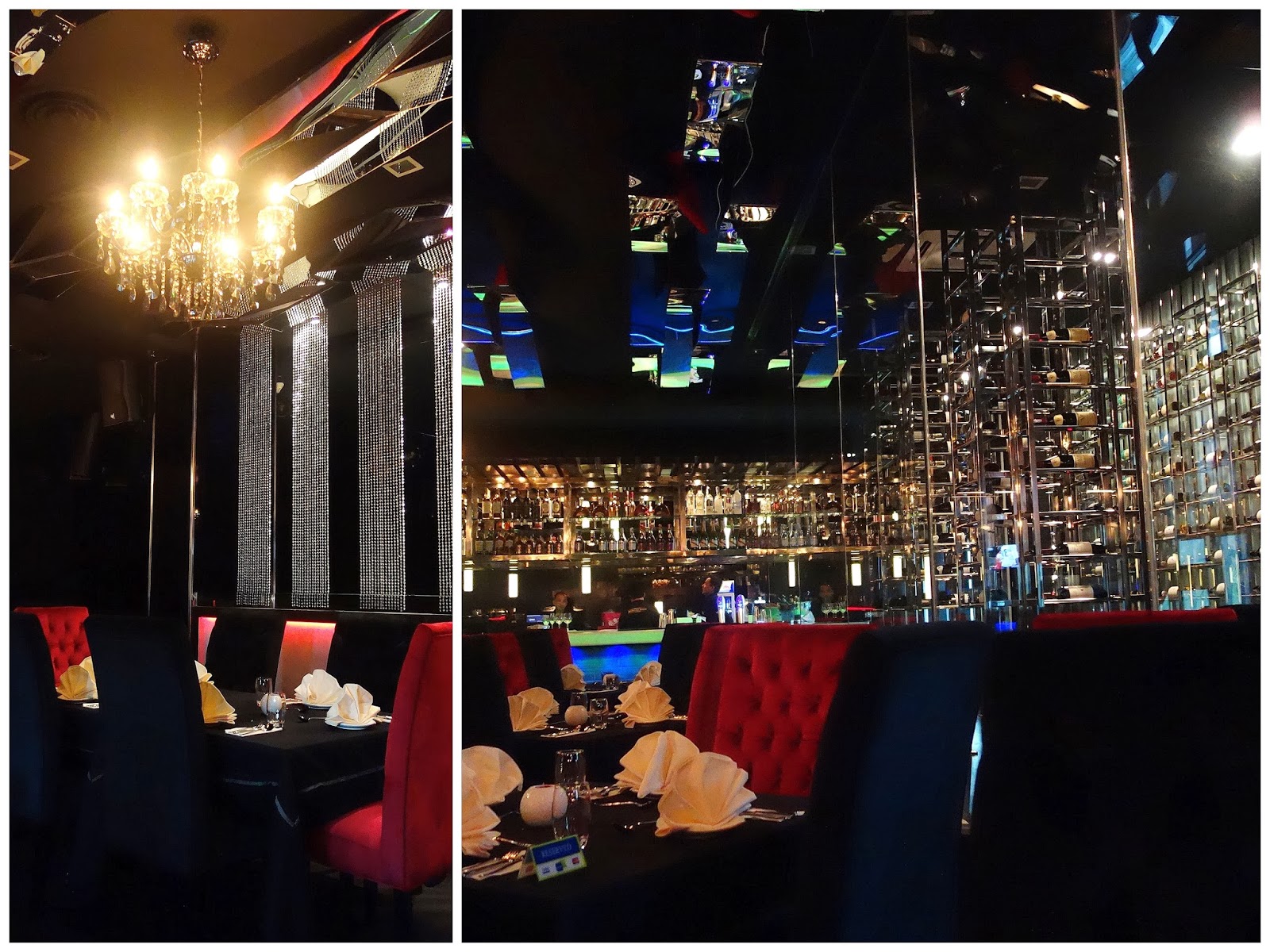