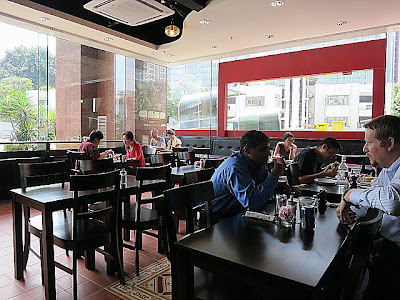 Almost a year after becoming a haven for brunch addicts in Bangsar, Antipodean has breached KL's city center, opening a branch in Menara Tan & Tan that should reap similar success.
Entry on Antipodean at Bangsar: February 21, 2011. 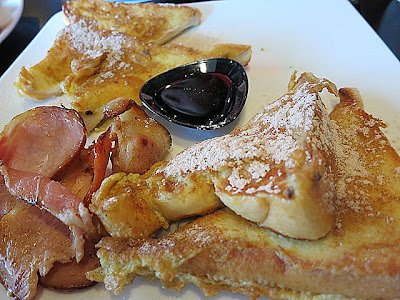 Antipodean is the rare Western-cuisine pork paradise within a 500-meter range of KLCC, with a menu identical to the Telawi outlet's. The all-day breakfast platters & sandwiches here are worth the calories, particularly this cinnamon-dusted French toast with bacon & maple syrup. 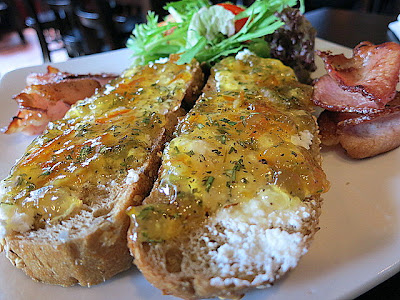 Dump the diet at the door & savor some sweet-salty toast topped with a trinity of thick marmalade, feta cheese & rosemary. Sounds like a recipe for culinary chaos, but it makes an assertively aromatic statement. Served with bacon too, naturally. 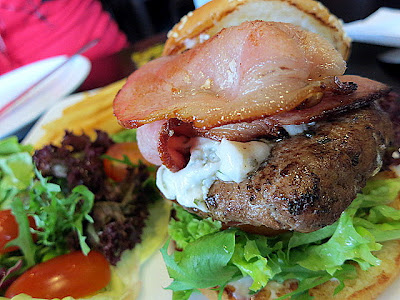 Kiwi lamb burger with bacon. Mary might sacrifice her little lamb if she knew it would produce a patty this succulent, hitting precisely the proper notes of gaminess. 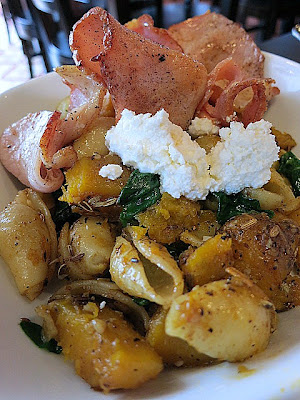 Pumpkin & sage orecchiette with more feta & more bacon (the pinnacle of porky perfection!). Difficult to share without sparking a fight for every melt-in-the-mouth morsel of herb-fragrant pumpkin & pasta. 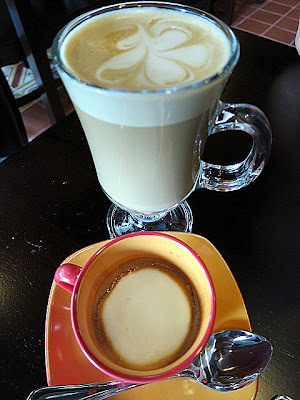 Hit us with your best (caffeinated) shot! Fire away... 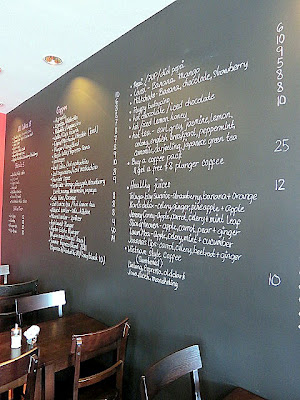 Our only lament: this Tun Razak outlet's business hours aren't as convenient as the Bangsar branch's. Let's launch a petition for late-night coffee! 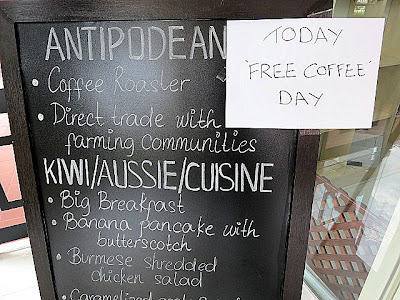 For this opening week, customers have enjoyed Free Coffee Days (a serving per person). Won't last much longer, but it's a crowd-pleasing tactic. Maybe there'll be Free Bacon Days eventually (we can't help going hog-wild over Antipodean's meaty, savory slices of bacon)! 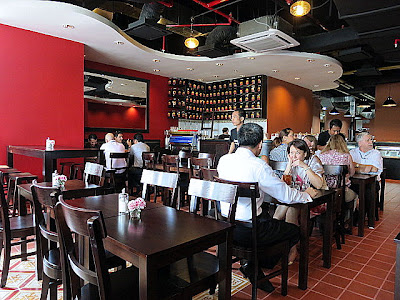