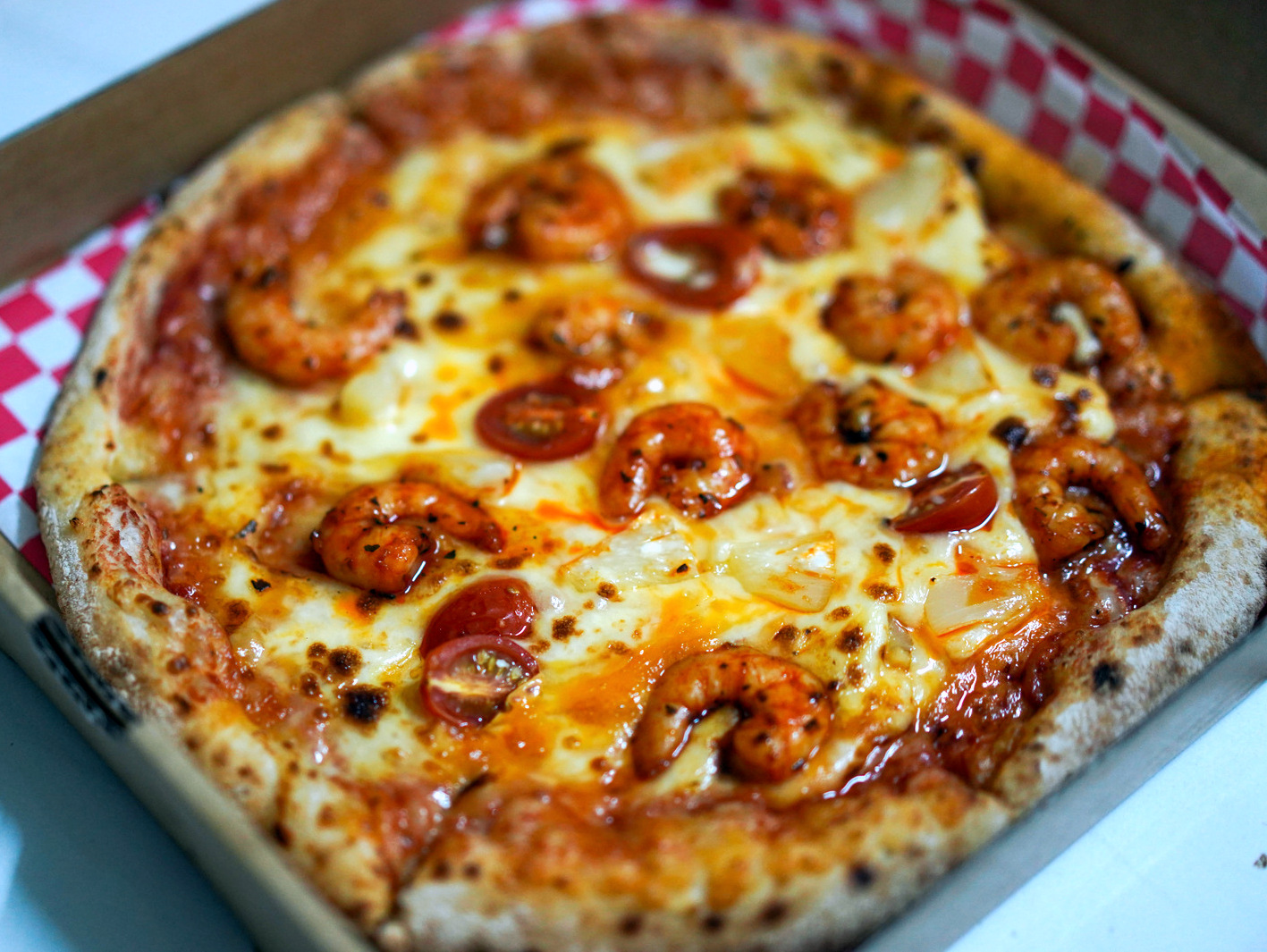 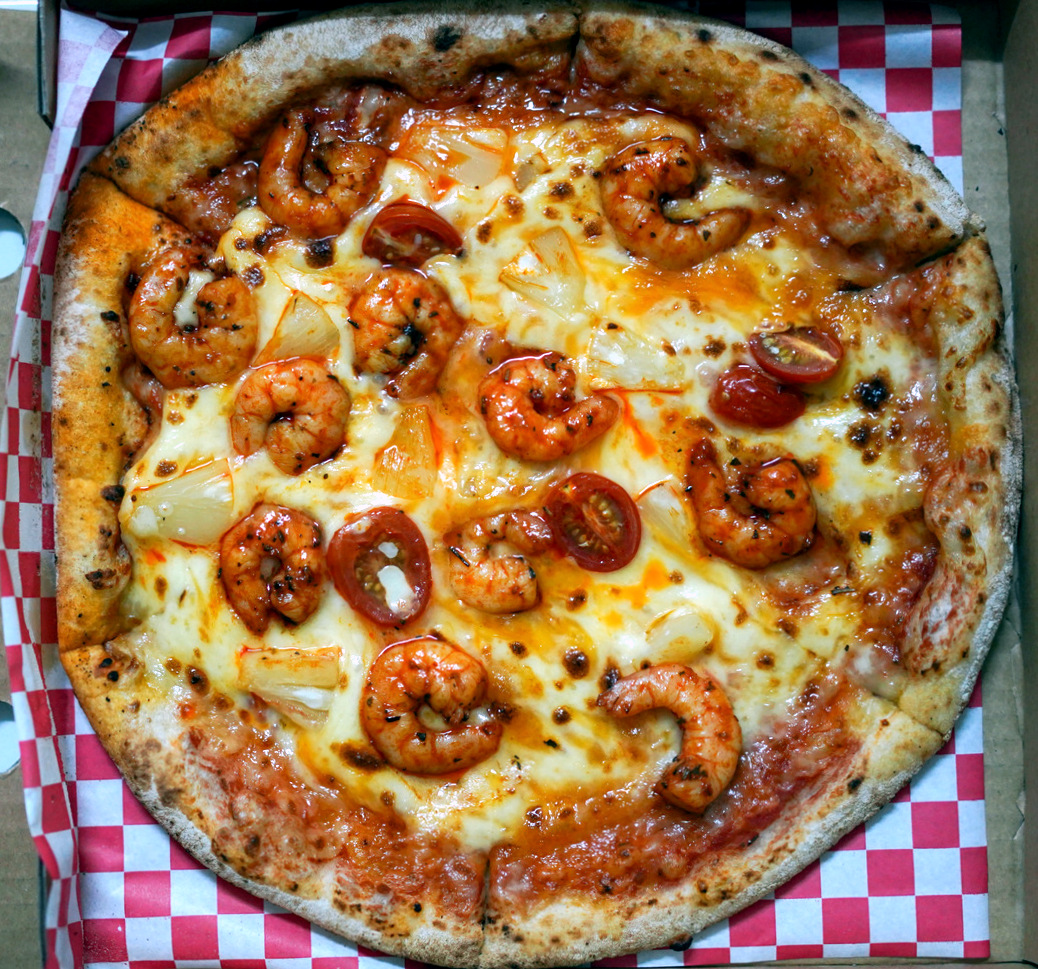 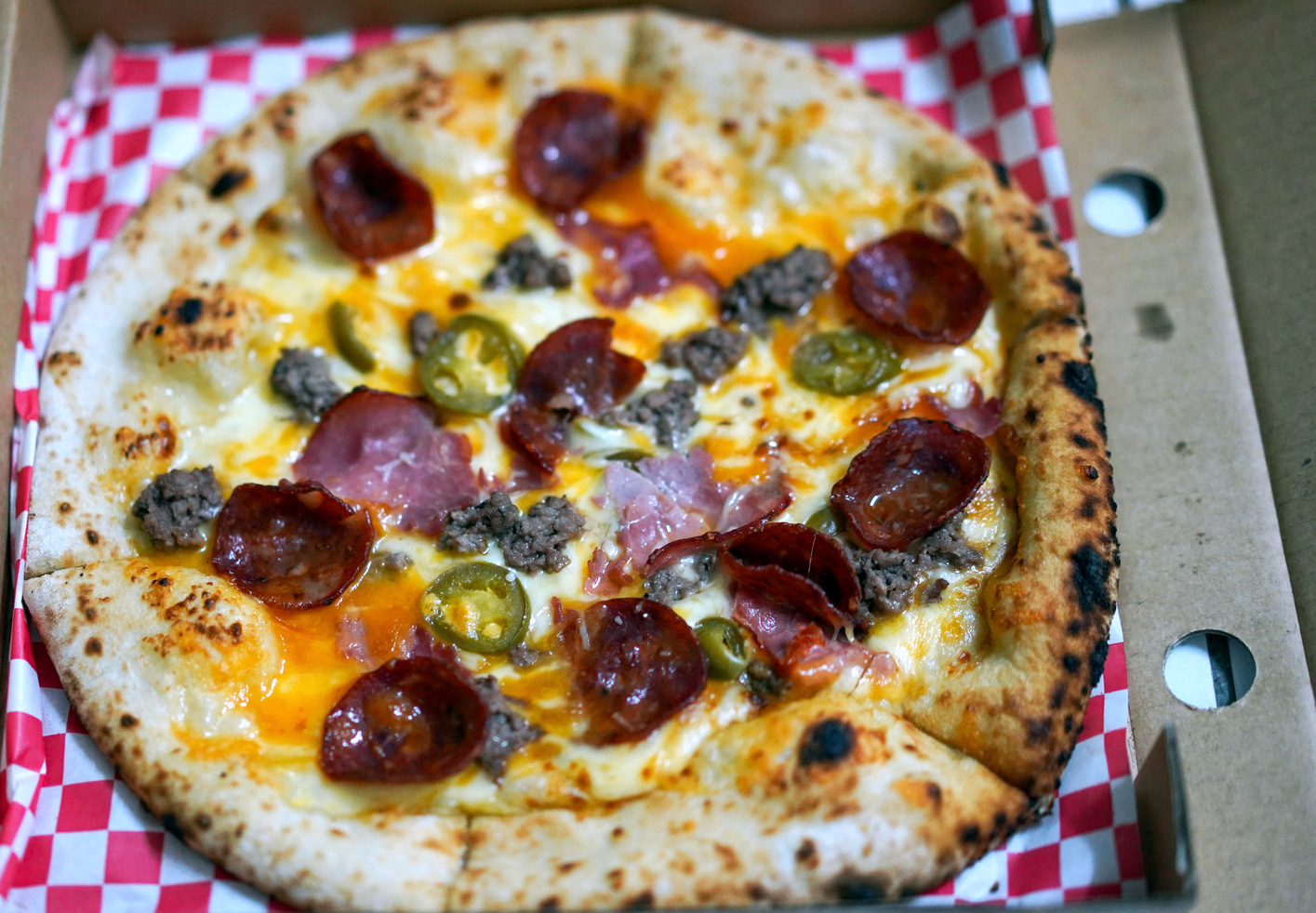 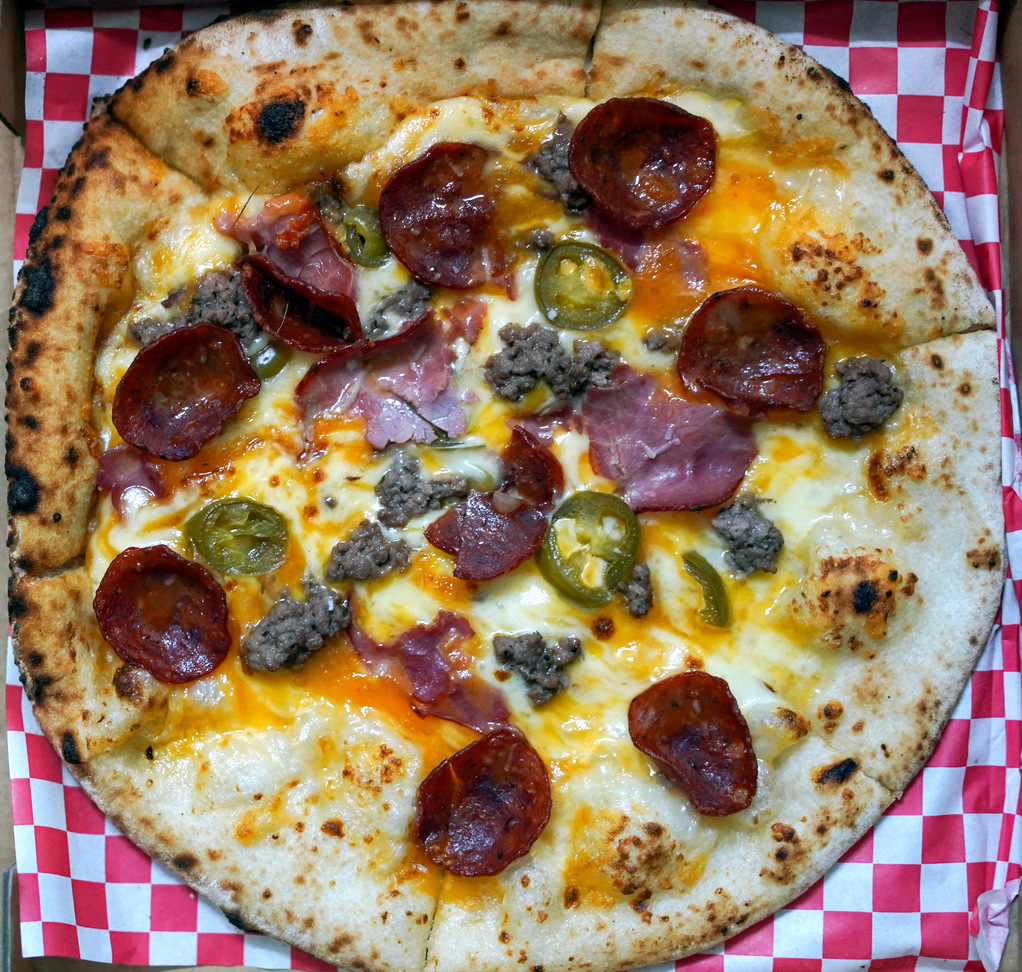 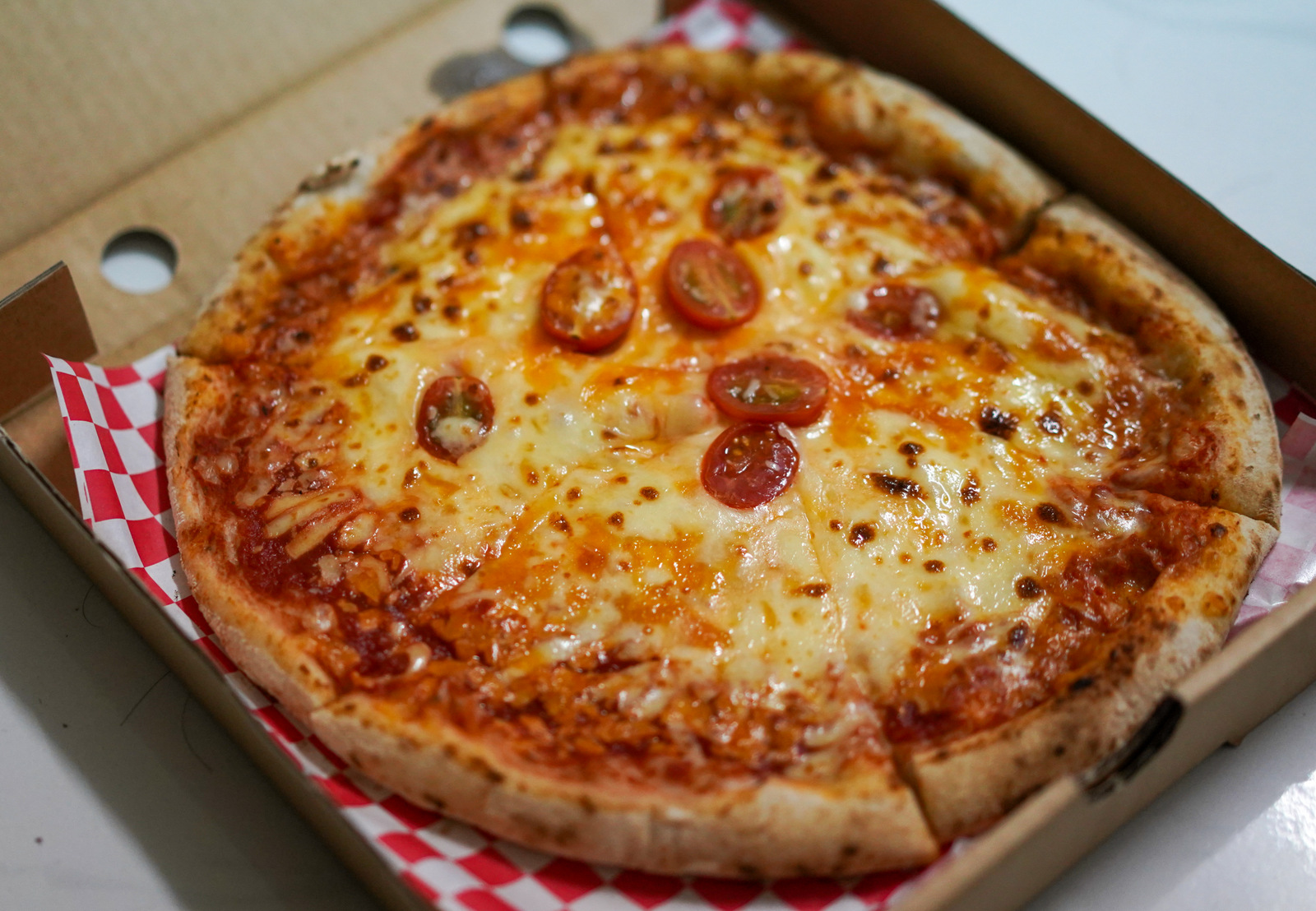 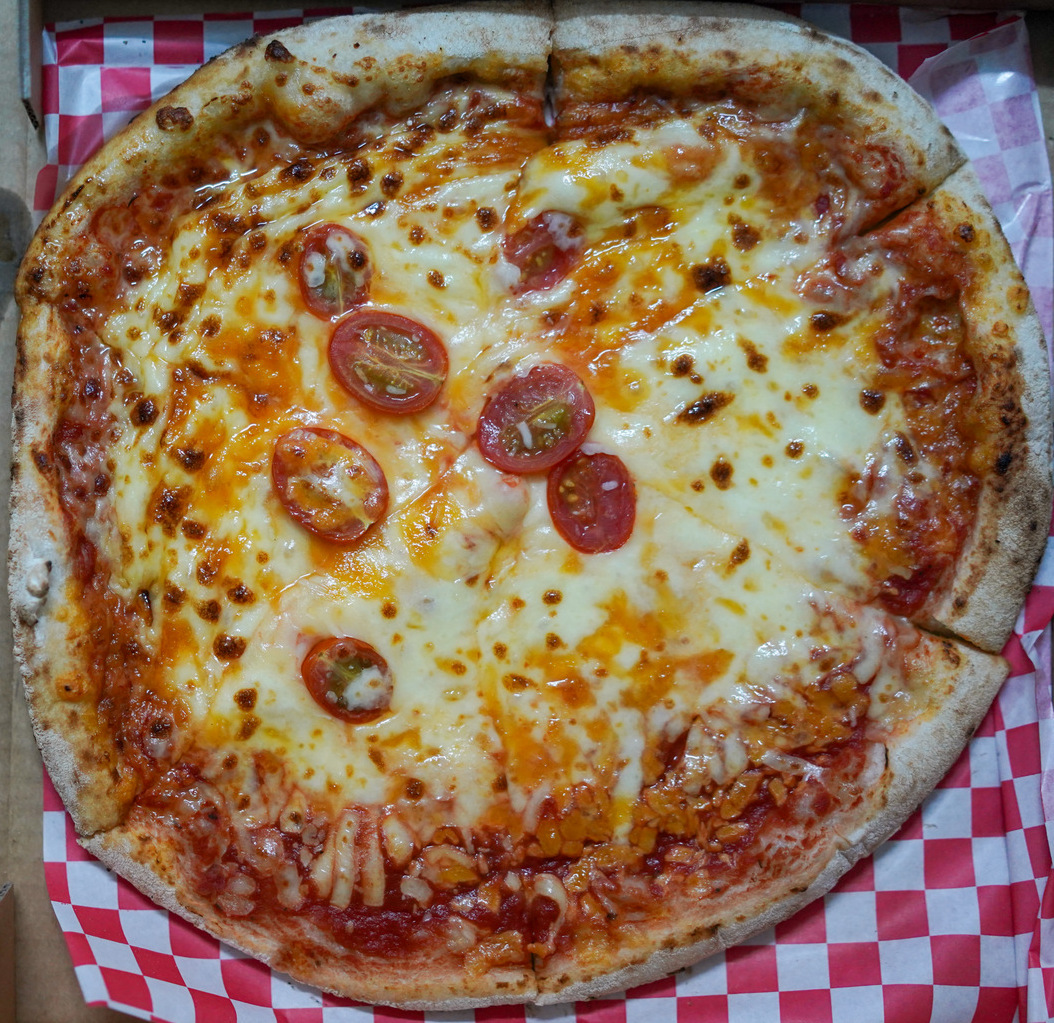 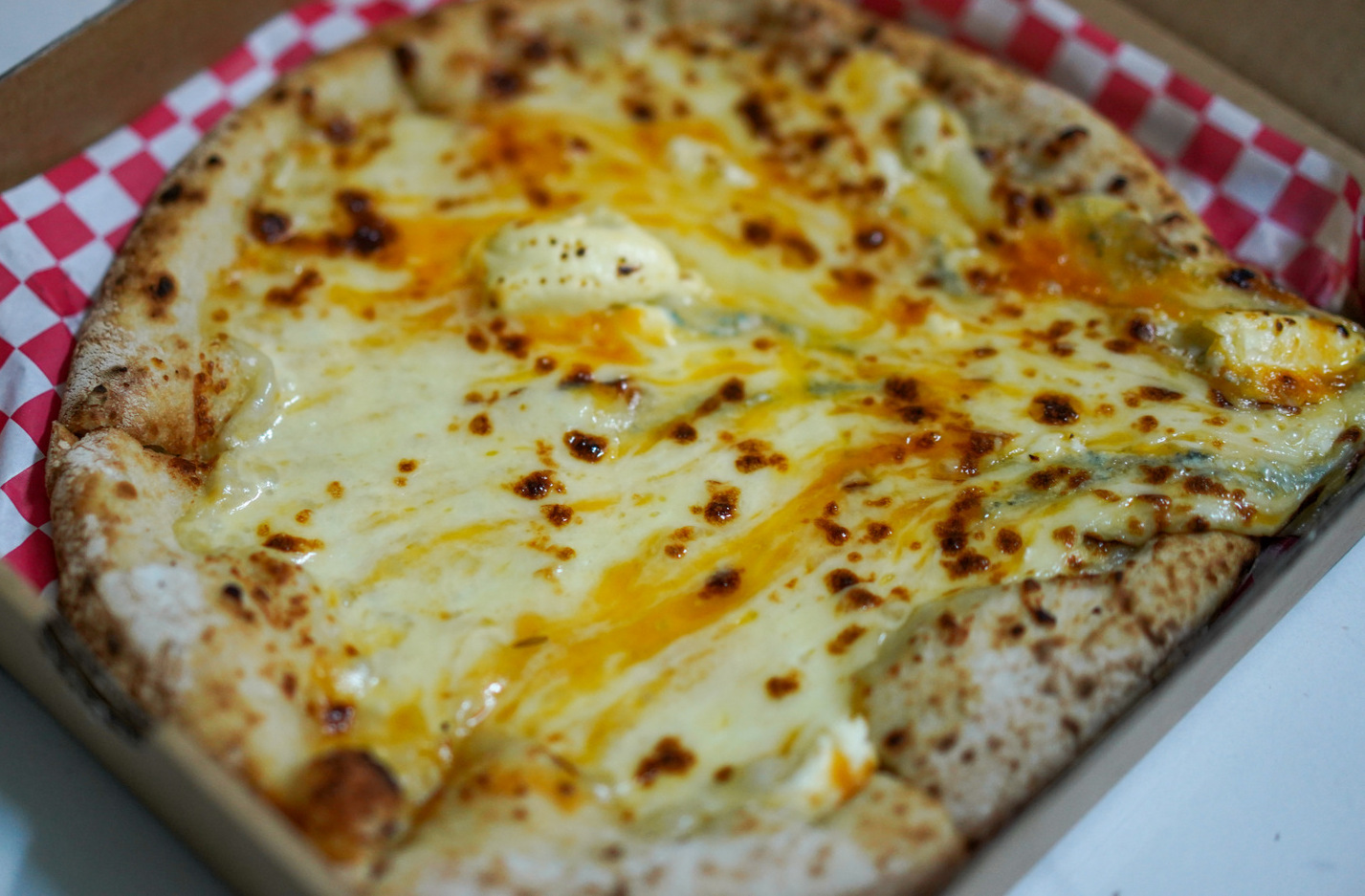 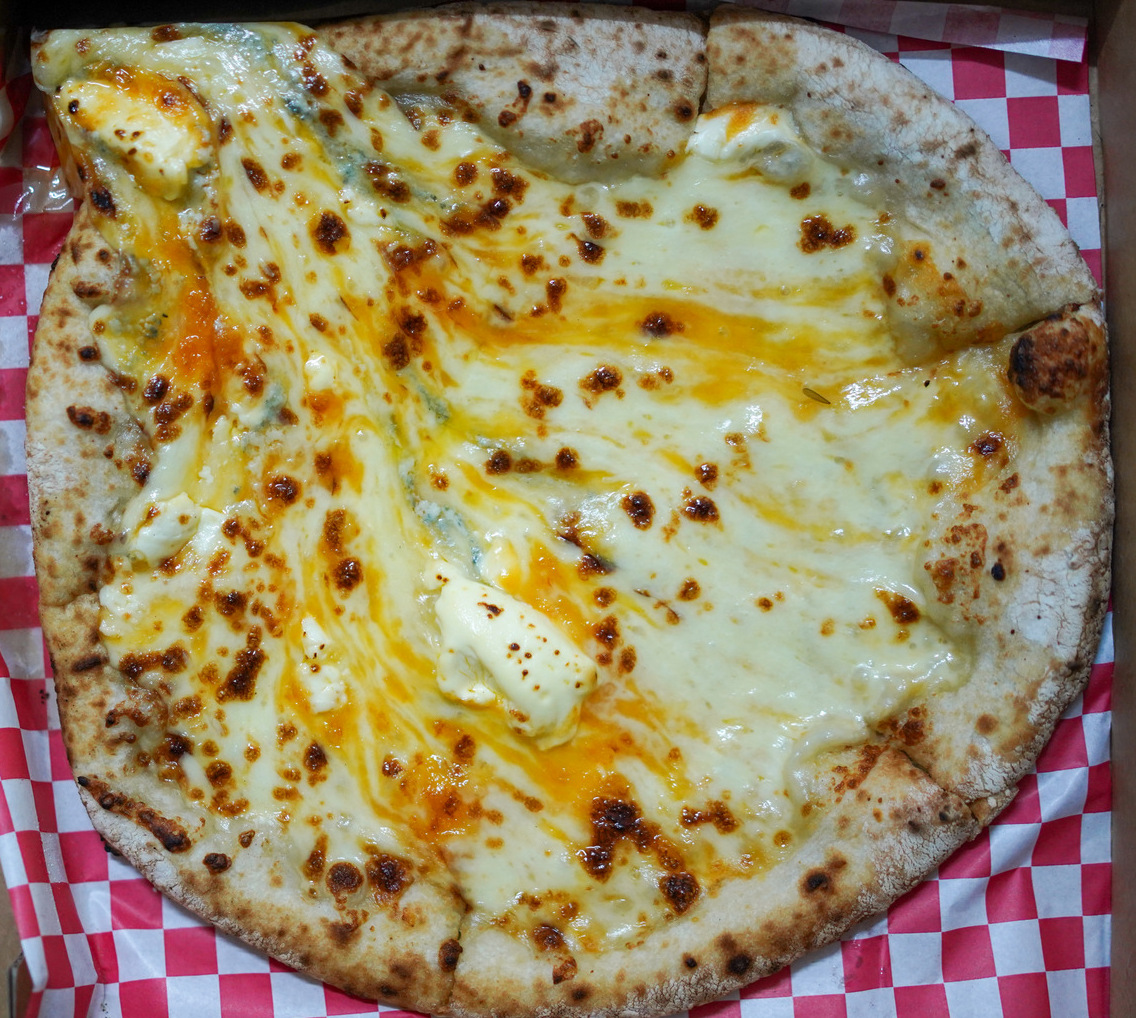 In an interview with a Putrajaya newsletter earlier this year, API's founder said she was inspired mainly by a visit to Italy; she added that API uses fine Italian flour and San Marzano tomatoes, which explains why API calls its pizzas Neapolitan-style. The oven also reportedly burns over 400 degrees Celsius hot, enabling the pizzas to be ready in two minutes.

However, API's Margherita (RM19) is more of a Malaysian reinterpretation for local taste buds - which makes sense, since API serves a conservative culinary community in Putrajaya. This Margherita relies much more on cheese instead of tomato sauce, layered not only with mozzarella but cheddar, without basil to make it a traditional Margherita.
Even cheesier is the Five-Cheese (RM23), which combines the mozzarella and cheddar with feta, cream cheese and blue cheese - thankfully, the blue cheese's pungent power keeps this from being too cloying. Note that API's crust is relatively soft and nearly flaky, evoking paratha as much as pizza.
Alla Piccola Italia: API Pizza
Putrajaya Food Truck Hotspot, Presint 14, 62000 Putrajaya. Daily, from 6pm. 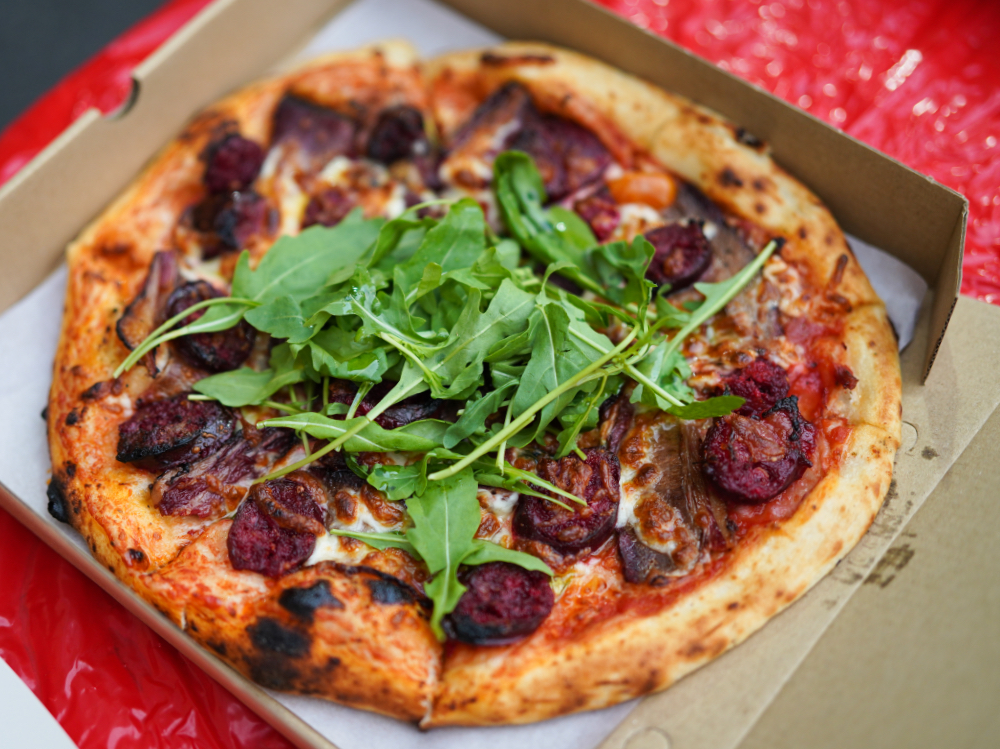