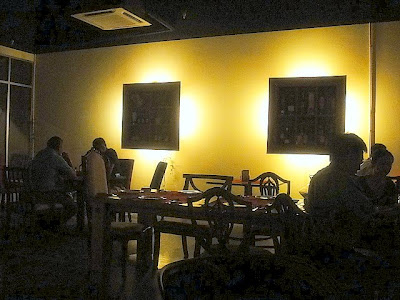 Ad Hog is the truest definition of a hidden gem, secluded in a semi-industrial zone, seemingly not within walking distance of any other restaurants. But before the year is over, this cleverly named enterprise is likely to be on many pork-lovers' lips. 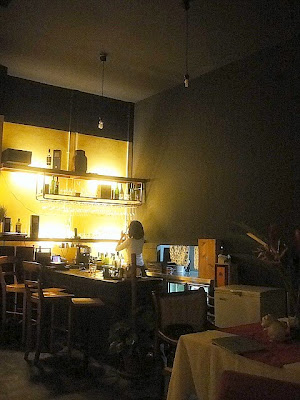 It's not a large space, but it can accommodate anyone. Customers clad in singlets, shorts and slippers can feel comfortable and welcome here, but it's also warmly romantic enough to even play host to a marriage proposal. If you're lucky, the gregarious proprietors will stop by your table and regale you with tales of their escapades in Bali and beyond. 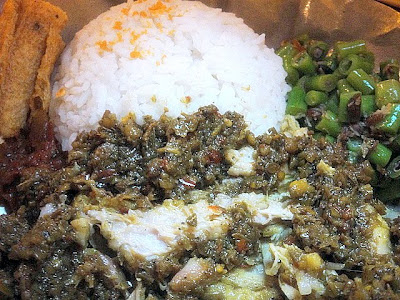 Our mission was to sample their "babi guling," a dish we haven't found elsewhere in the Klang Valley. We loved the version here _ tender pork, beautifully marinated in aromatic herbs & spices, accompanied by moist & fragrant rice, veggies, crackers & chili. Generally available for lunch only, but call in advance and you should be able to reserve some for dinner. 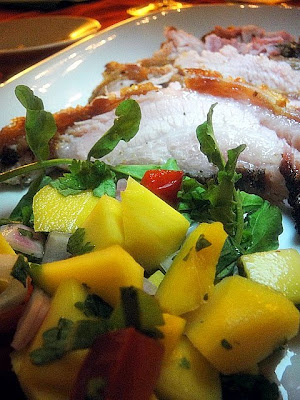 Their roast pork was a stunner. I could attempt to praise the crunchy crackling and melt-in-the-mouth meat, but ultimately, this beggars description. It has to be eaten to be believed. These are "Chic Pogs" _ chicken thigh stuffed with pork sausage & wrapped in bacon. If that sounds like your kind of dish, then let's just say it tastes as terrific as it sounds. 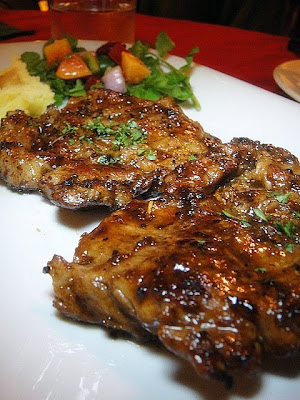 Not everything here is a surefire hit though. The pork shoulder steak was less succulent than expected, but that's because the bar had been raised so high by the earlier offerings. 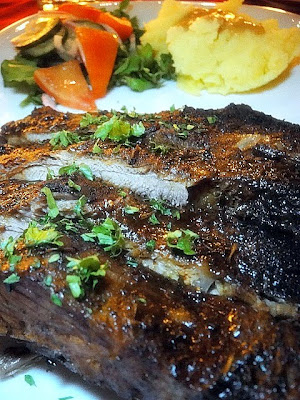 We liked the BBQ pork ribs, though there's more fine-tuning to be done before we can call this a bona fide triumph, partly because the marinade failed to penetrate all the way through, leaving part of the meat rather bland. But that's nitpicking, really. 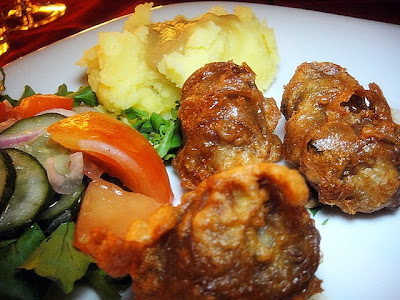 Several experimental, off-the-menu recipes include the pork tail _ a sublime blend of brittle skin encasing what seemed to be the purest and most pleasurable of porcine fat. 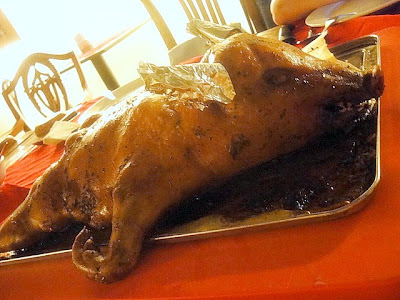 Customers on this recent evening were also fortunate enough to savor a complimentary serving of the restaurant's first-ever Spanish suckling pig. 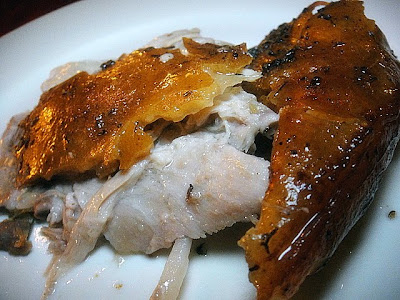 Still a work in progress. The texture was perfect; we couldn't have asked for crispier skin or juicier meat. But the flavor was somewhat off. That will doubtlessly be rectified. 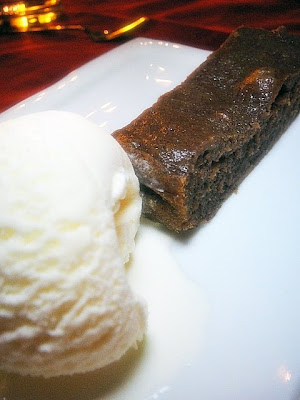 Date-ly cake with ice cream. Decent, but definitely not the highlight of dinner. 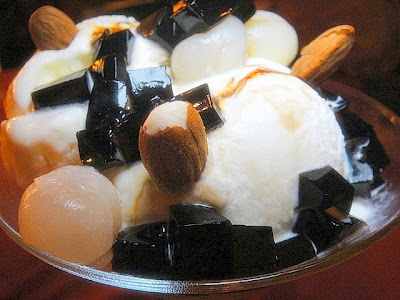 Nevertheless, we very much relished the rum ice cream with whole almonds, black jelly & fruits. A textural treat, though the flavor of booze was terribly faint. 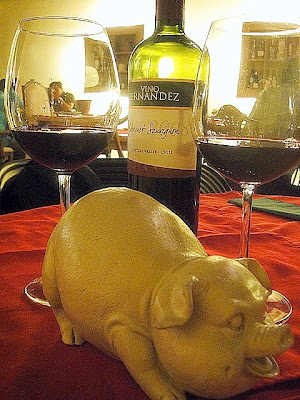