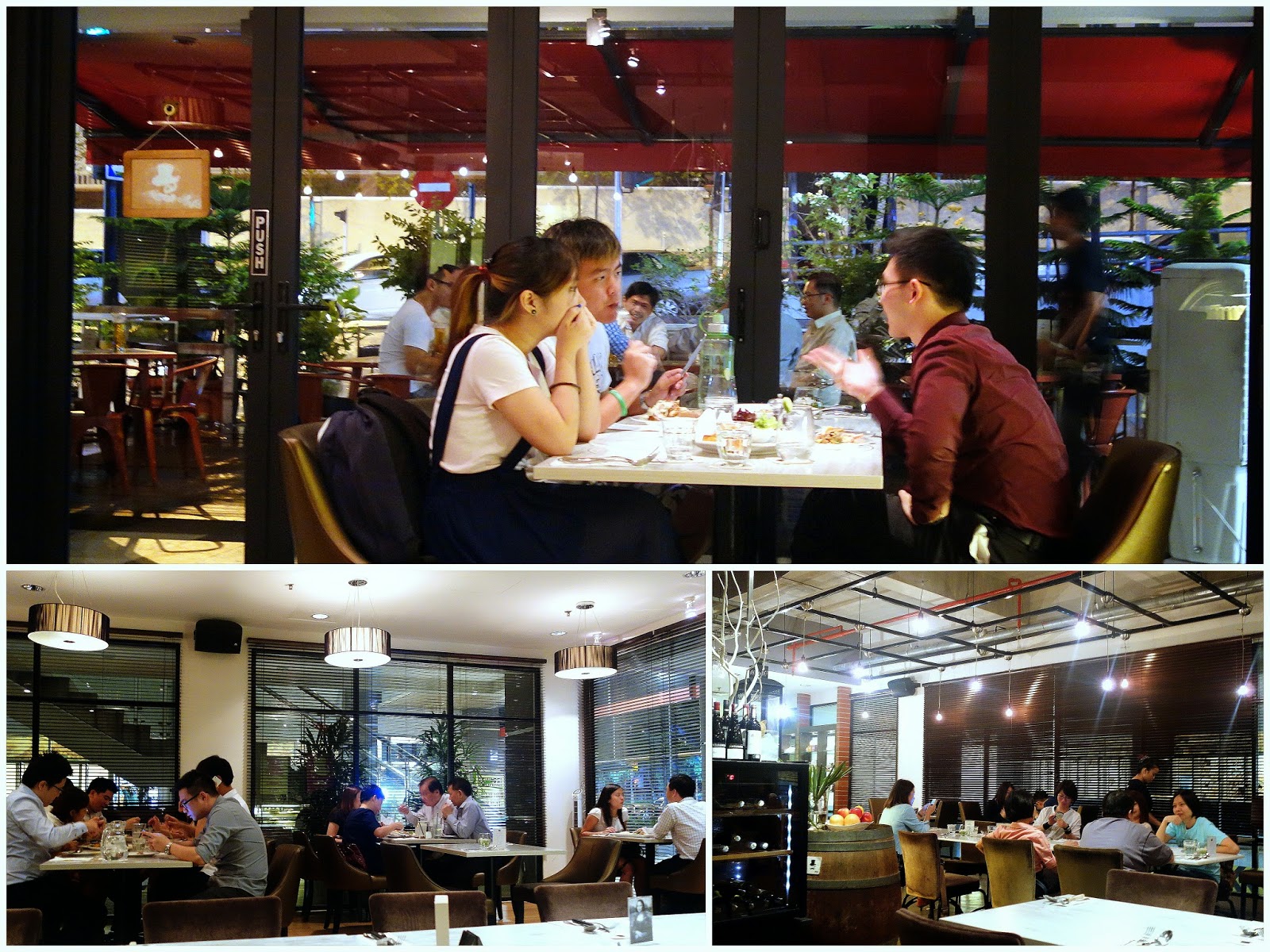 This restaurant that prides itself on pork is poised to soon celebrate its two-year mark _ a lifetime, literally, for some eateries. Thankfully, Ante Kitchen & Bar isn't ready to retire; energised by an exuberant crowd on a recent Thursday night, this is one outlet that's worth talking about again in 2014, with a constellation of new-&-improved recipes to reward its returning customers.
Earlier entries on Ante: October 2012 & November 2012. 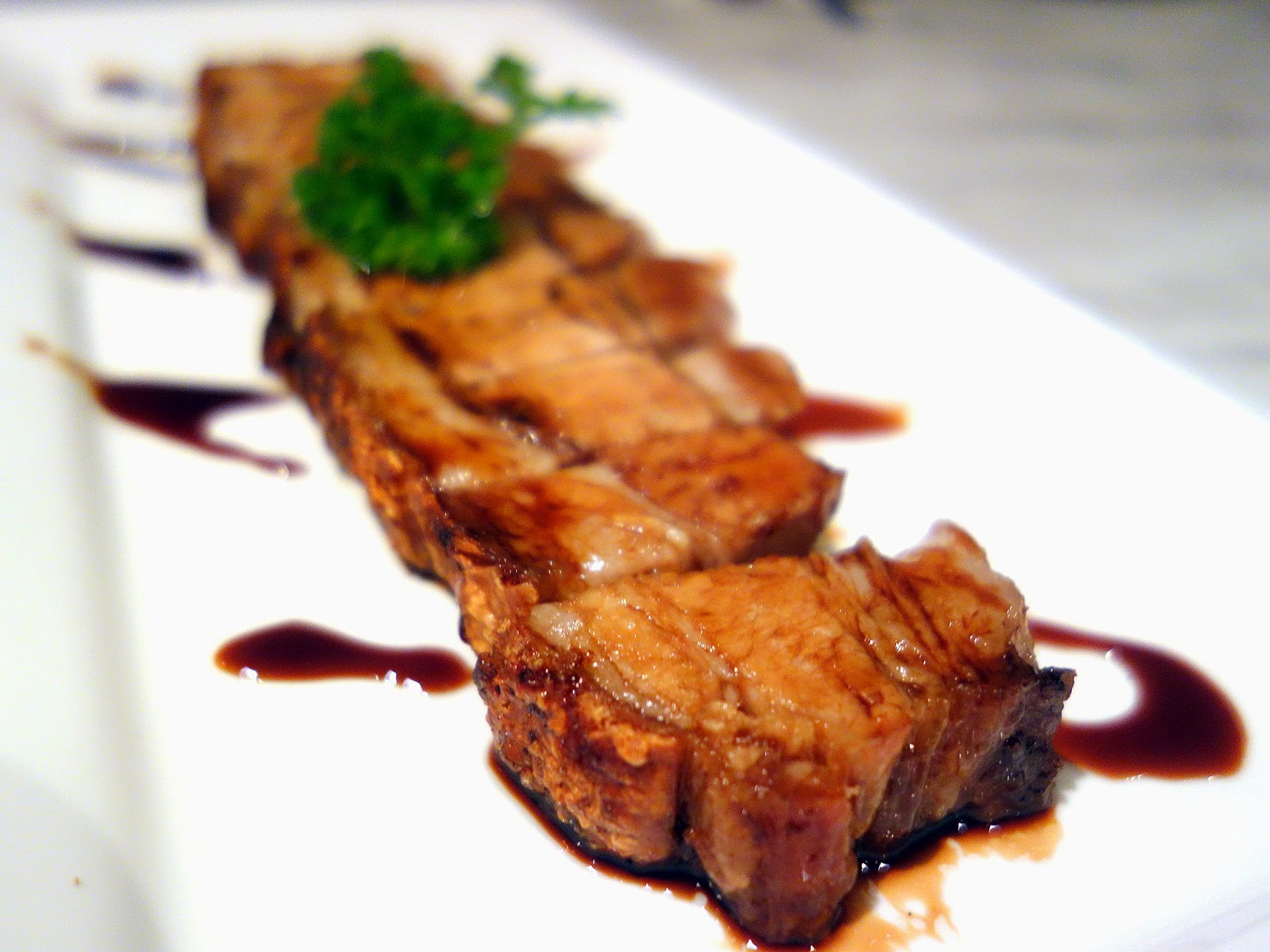 The evolution of Ante hasn't been a smooth one. In 2013, the restaurant lost its chef-&-co-founder to migration; it could have been a mortal blow, causing food standards to collapse, but the all-male band of twentysomethings who started Ante was determined not to end it all. The result: The food is even better now compared to our previous experiences here, with stand-outs like the signature 'Sweet Belly' (RM26+), a caramel-sauce-soaked row that should satisfy folks seeking the inimitable combination of succulent meat layered with luscious fat & crunchy crackling skin that only the best roast pork belly provides. 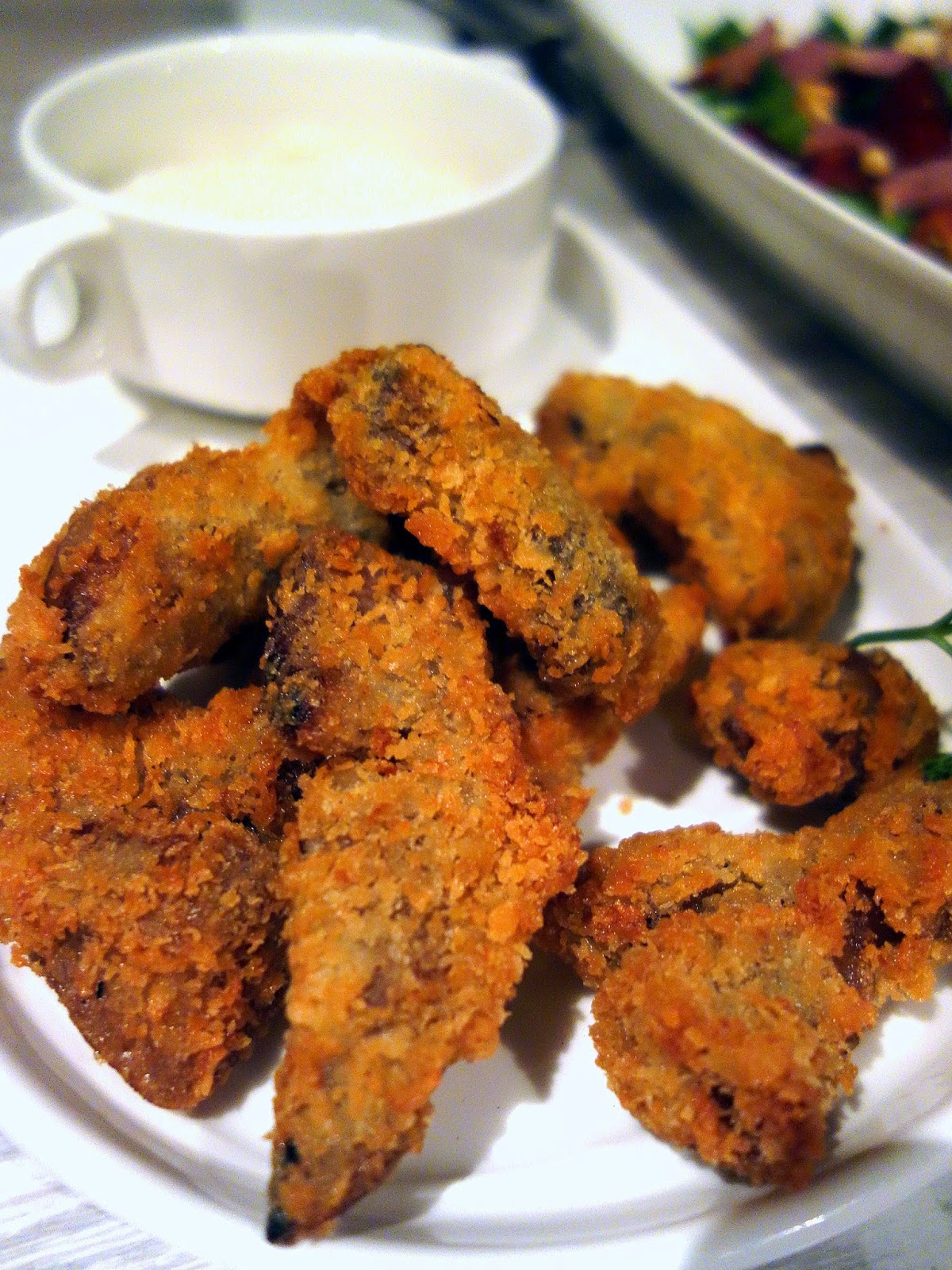 The kitchen is currently helmed by Jason, another of Ante's pioneering entrepreneurs & one of our hosts for this meal. Despite being recently married, Jason remains extraordinarily faithful to his restaurant, heading here everyday & keeping his crew on their toes to ensure each hot, hearty plate of pork ear confit (RM15+), sliced into slivers & thickly battered, comes out crispy on the outside & gooey-gelatinous within. Paired with garlicky mayo & potentially an acquired taste (but easily & enjoyably so); it makes us wish Ante would put more offal on the menu, but there seems to be little demand for tail stew, braised tongue & pan-fried liver. 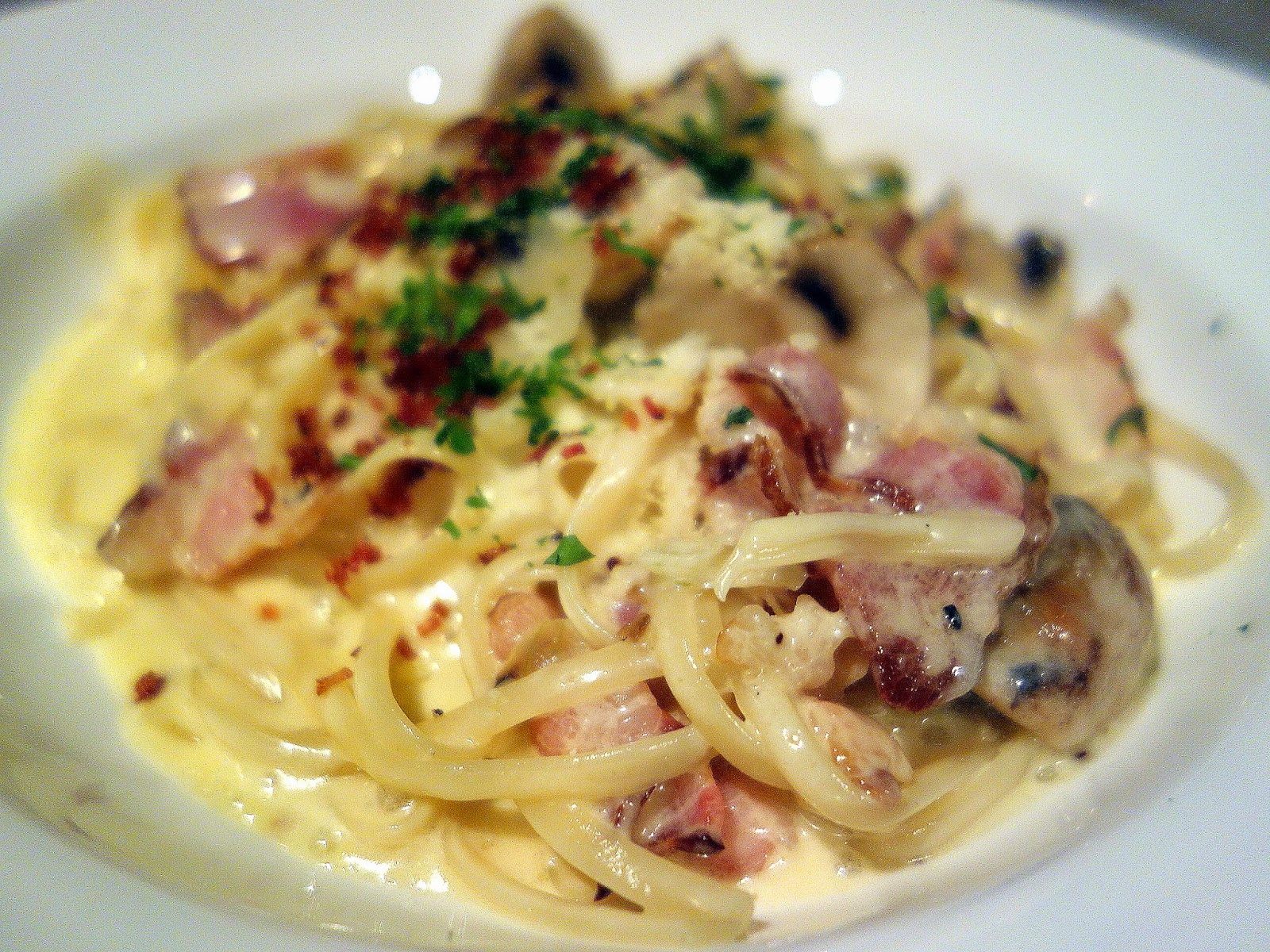 This month, Ante unveils the latest incarnation of its menu; pizzas (never a forte for Ante, frankly) are out, but pastas remain most defiantly in. Still, several surprising changes are afoot: The 'All-Bacon' Carbonara (RM28+), which has long been one of Ante's most popular orders, is here to stay ... 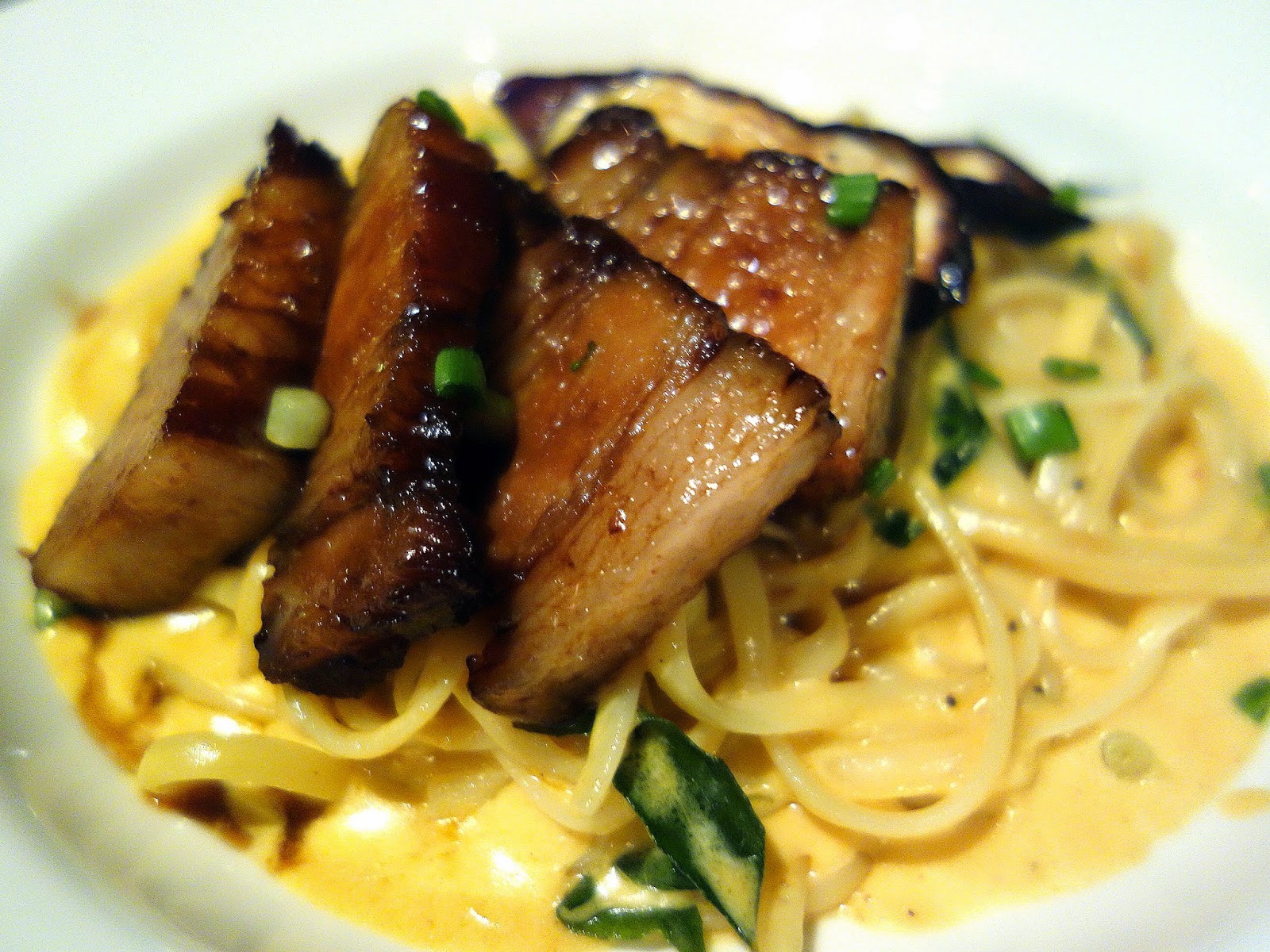 ... but it now has stiff competition from a certifiably more alluring upgrade: 'Char siew' carbonara in curry cream (RM32+), crowned with sumptuous slices of sweet-savoury meat, transforming what would otherwise be run-of-the-mill into an only-at-Ante exclusive. 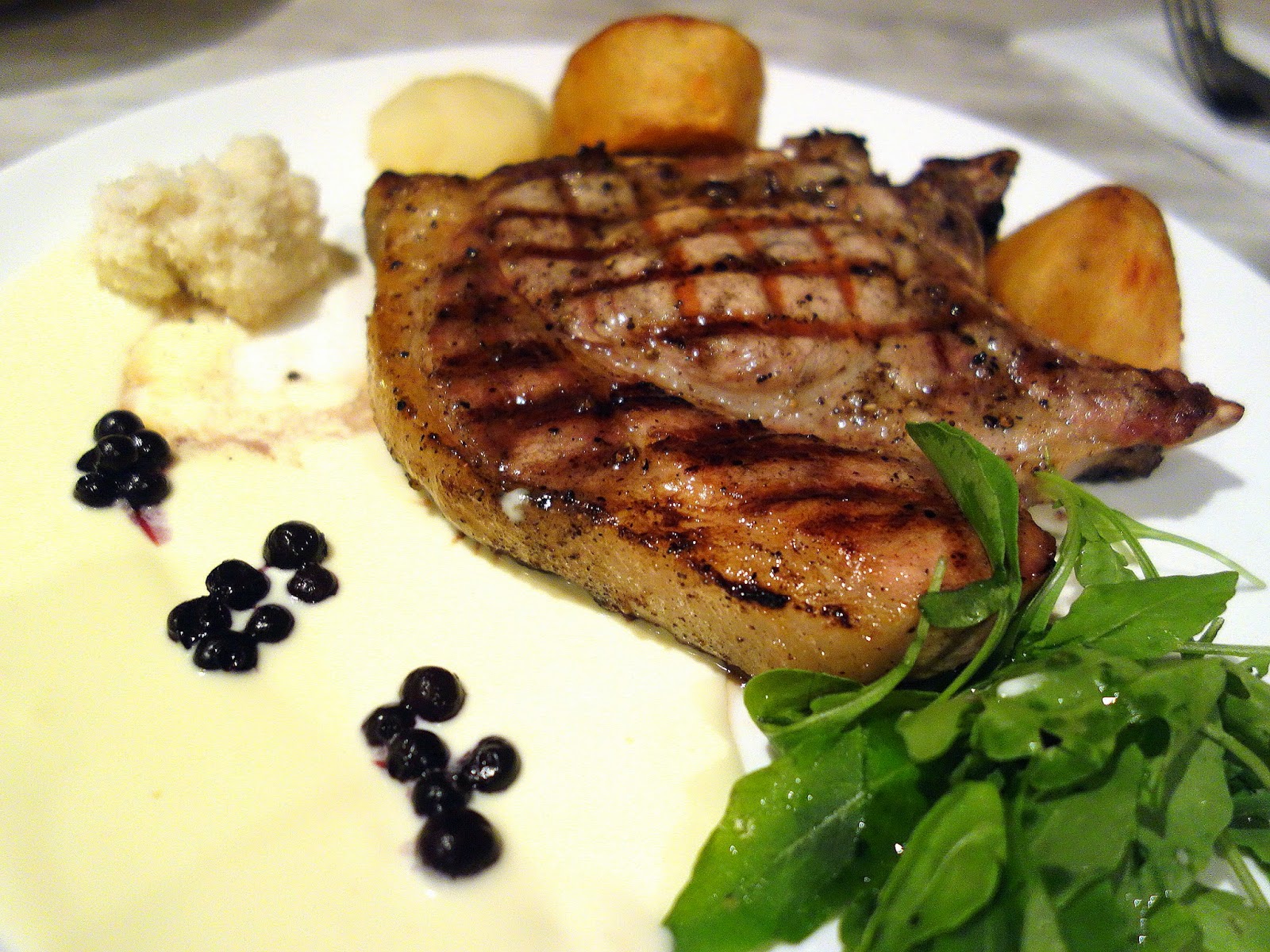 When the epitaph for Ante is someday finally written, the restaurant's char-grilled pork steak (RM46+) could trigger fond, tearful memories. The recipe has been refined this year; it's now a hefty cut closer to the belly, with better marbling than before (dieters, stand back), oozing with flavourful juices, partnered with berry cream sauce that'll complement _ not overpower _ the meat, plus Granny Smith apples, mashed russet potatoes & horseradish sauce. 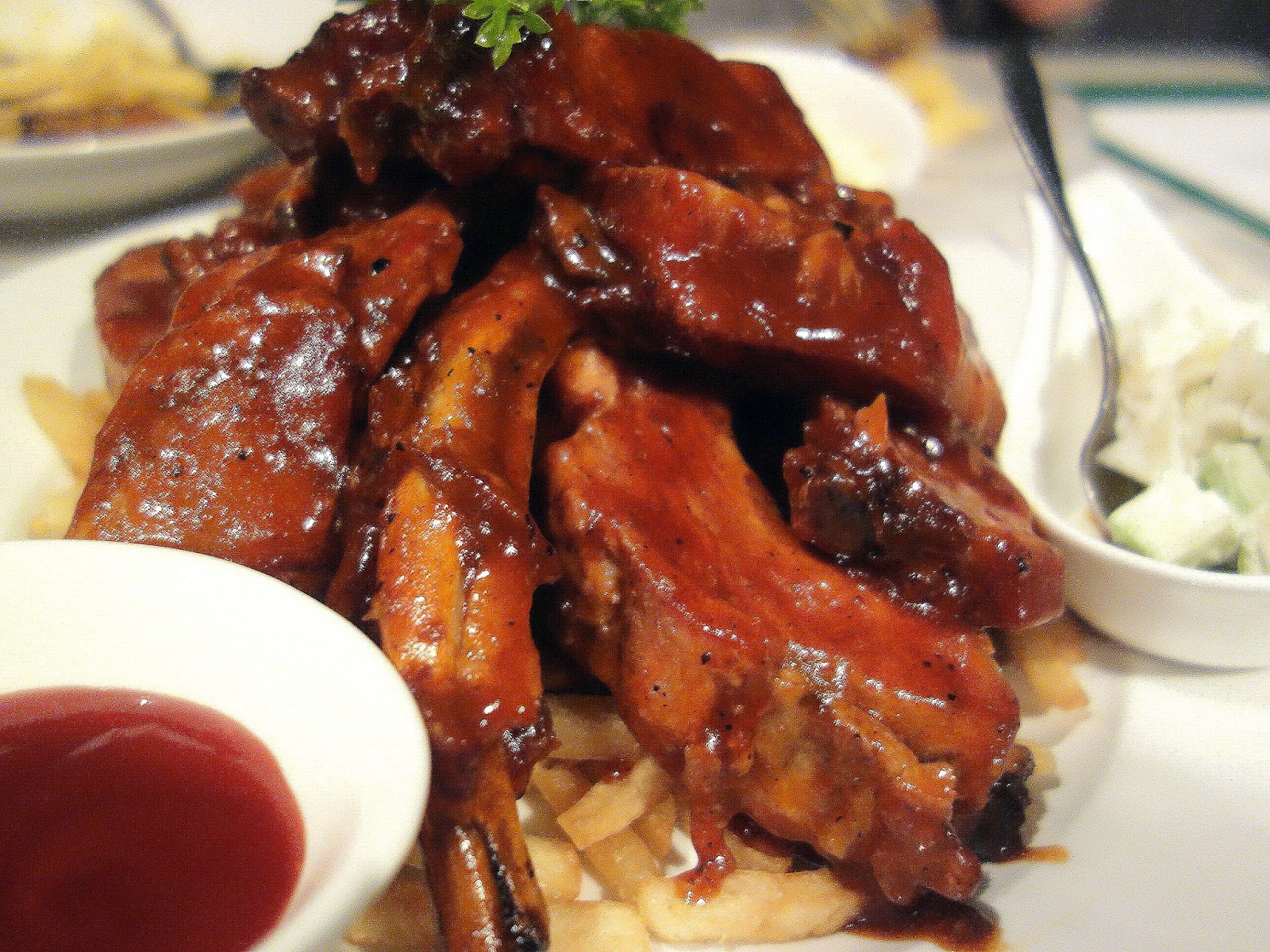 In 2012, we wrote that Ante's "caveman-worthy pork ribs might rank among KL's most succulent, charcoal-grilled with hickory chips for a lick-your-lips flavour that'll stick to your fingers for hours." That remains the norm here, but the Hogger Ribs (RM85+) _ still fit for the hungriest Neanderthal _ now come soaked in a kitchen-made BBQ sauce that should inspire more lip-licking than ever before. 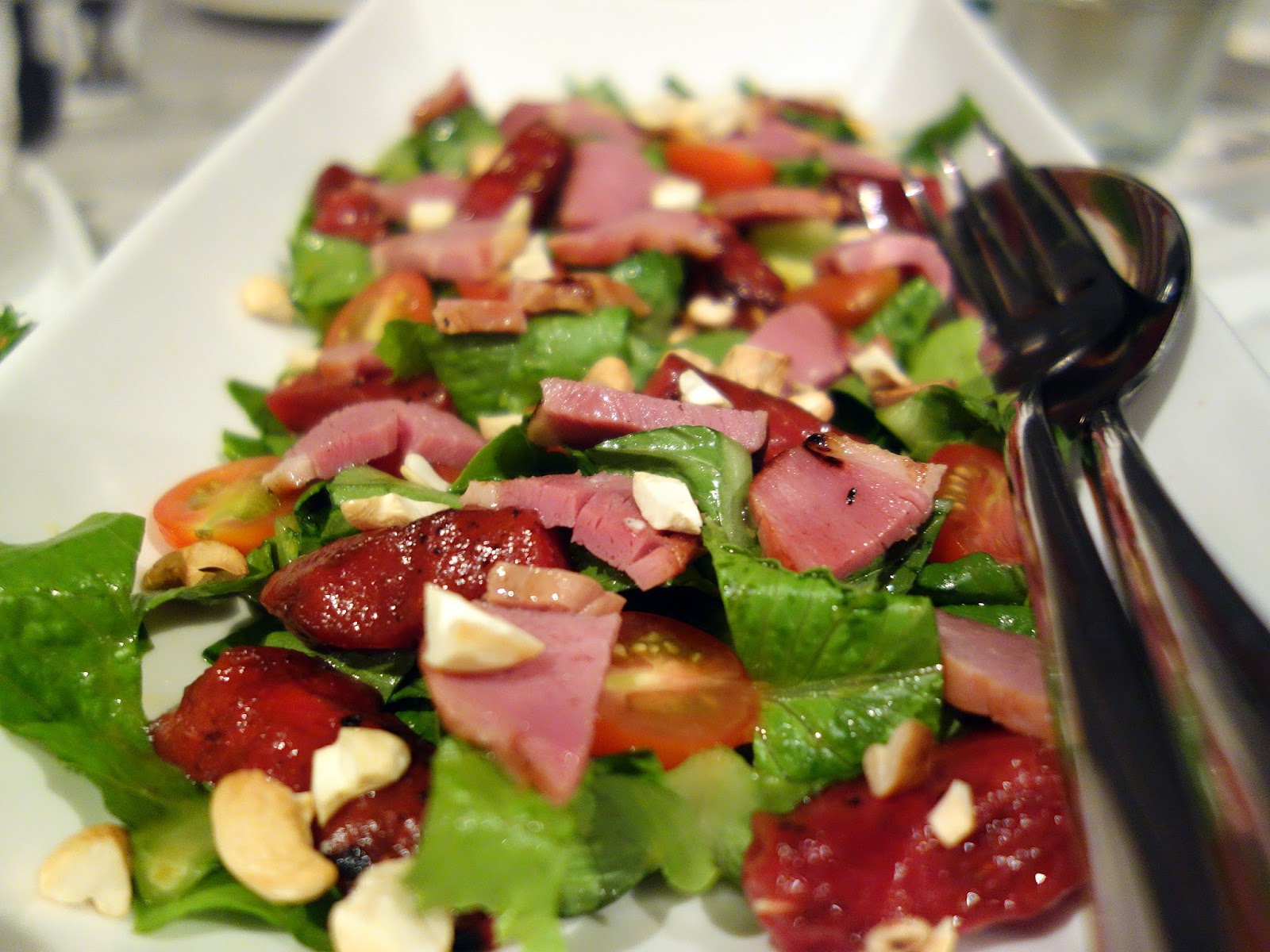 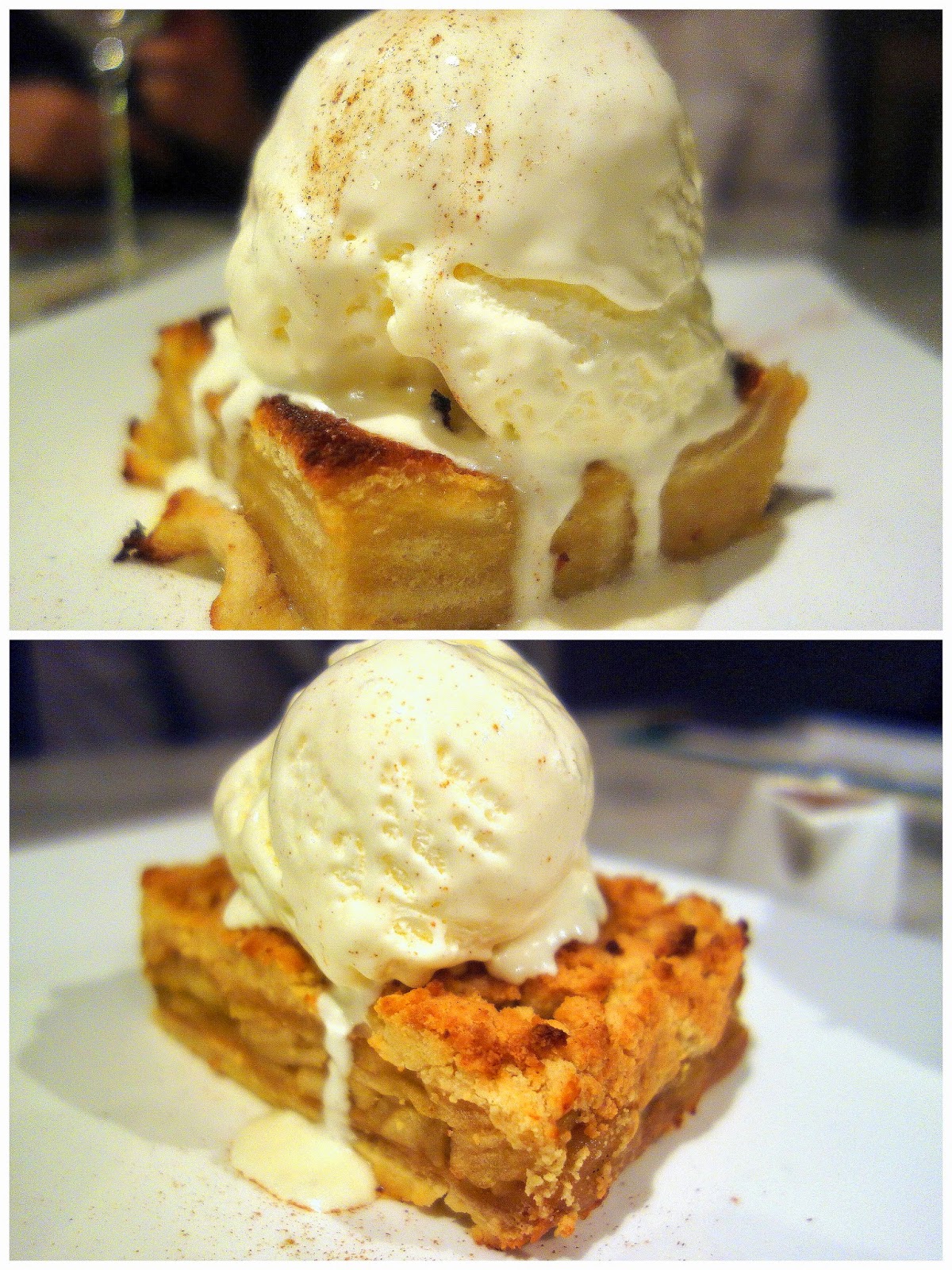 Dessert might not be Ante's star attraction, but resisting the bread-&-butter pudding (RM16+) or the apple pie here is more than merely futile _ it's foolish, thanks largely to glutton-approved, swoon-worthy scoops of ice cream. 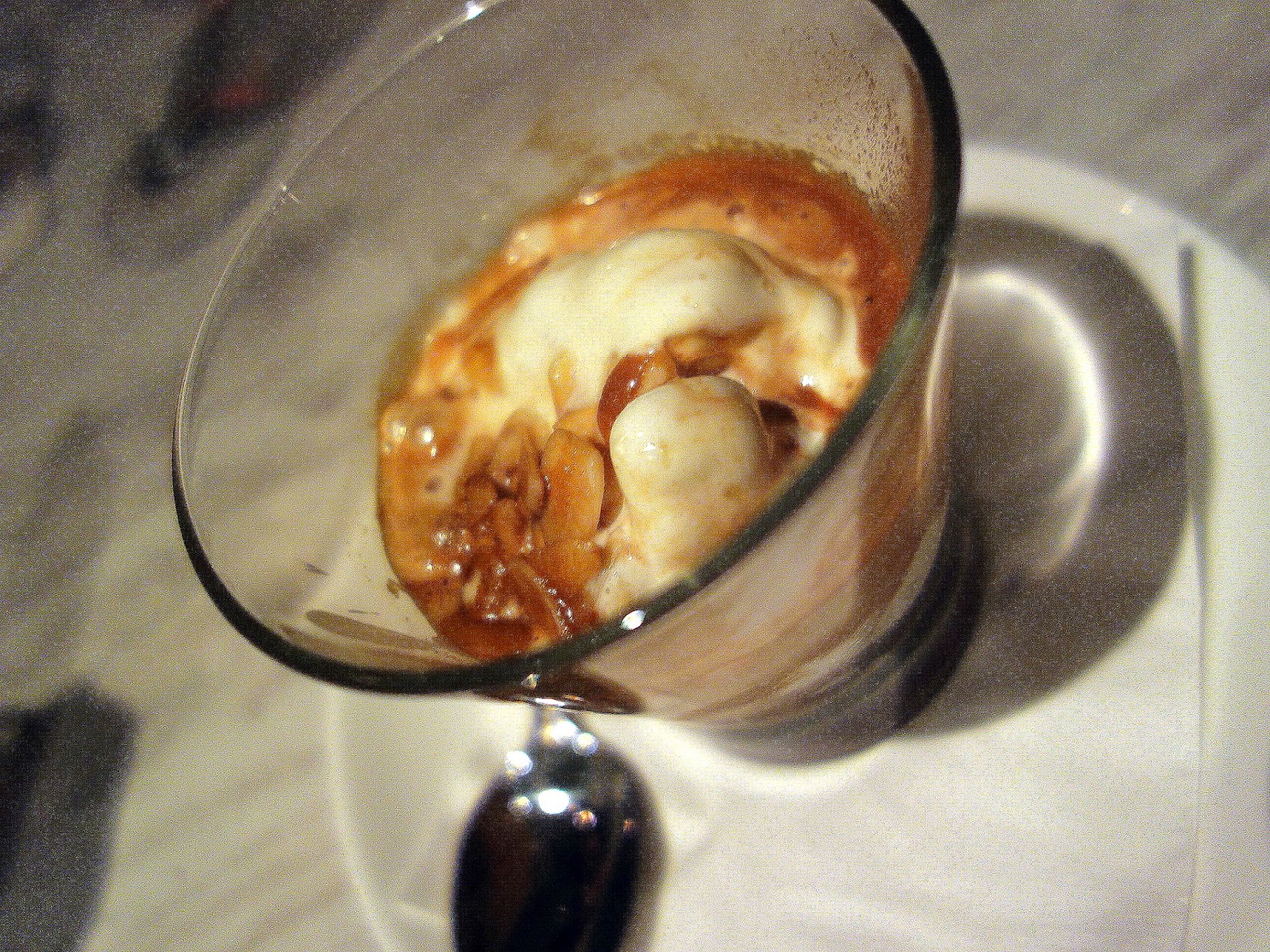 Now this one's a knock-out: We love affogatos & we order them as often as possible, but Ante's feels like one of KL's best. It's not the coffee that really stands out or even the ice cream, but the sum of the parts, partnered with salted caramel & almond flakes for a flavour-packed, can't-fail combo. RM15+. 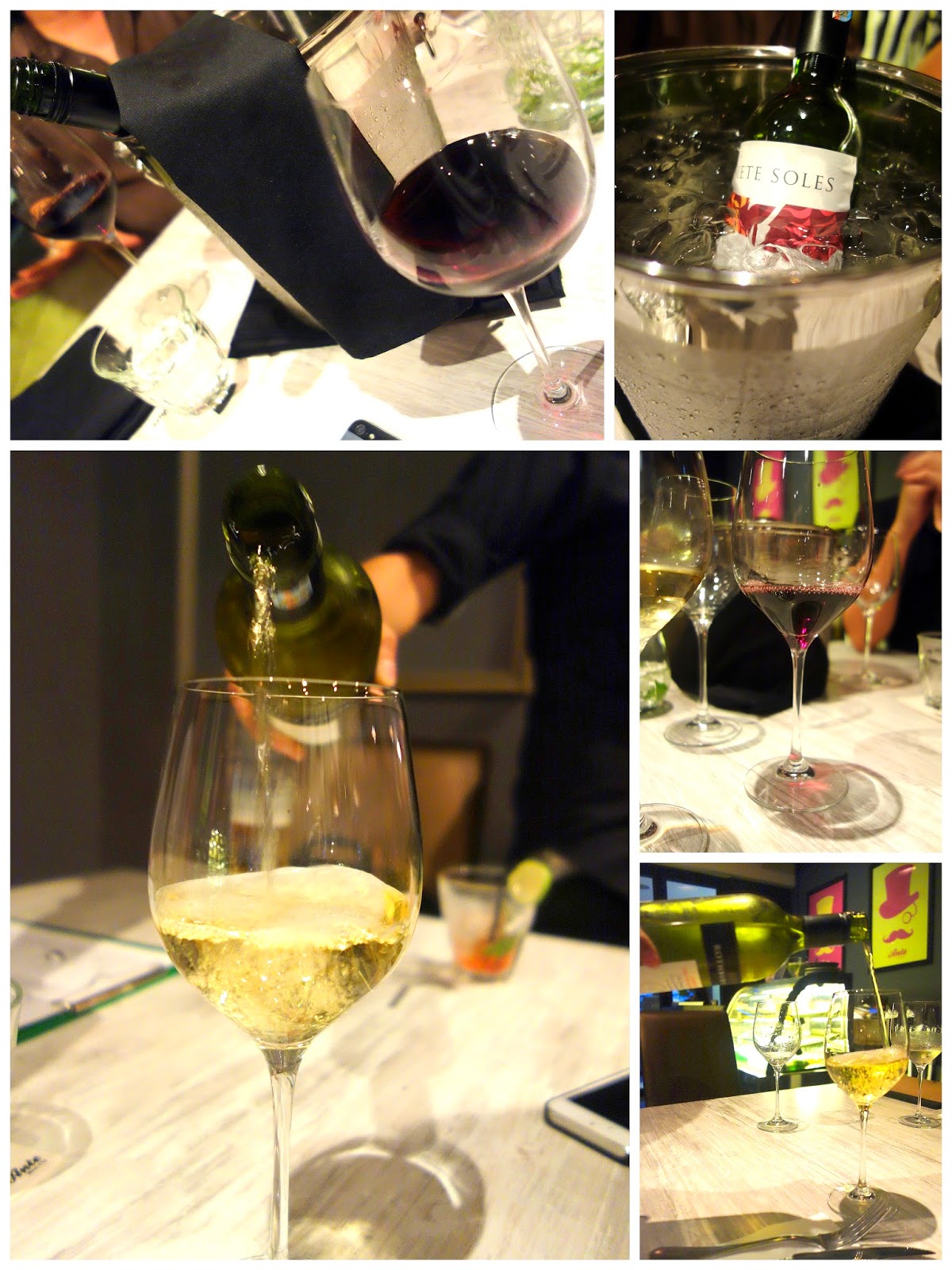 Ante has steadily become one of Solaris Dutamas' best-stocked restaurants for wine, offering seven thoughtfully chosen varieties by well-priced glasses (the selection is always evolving, mostly costing RM19+ each). Check with manager CK, one of the newer members of Ante's family, for his recommendations. 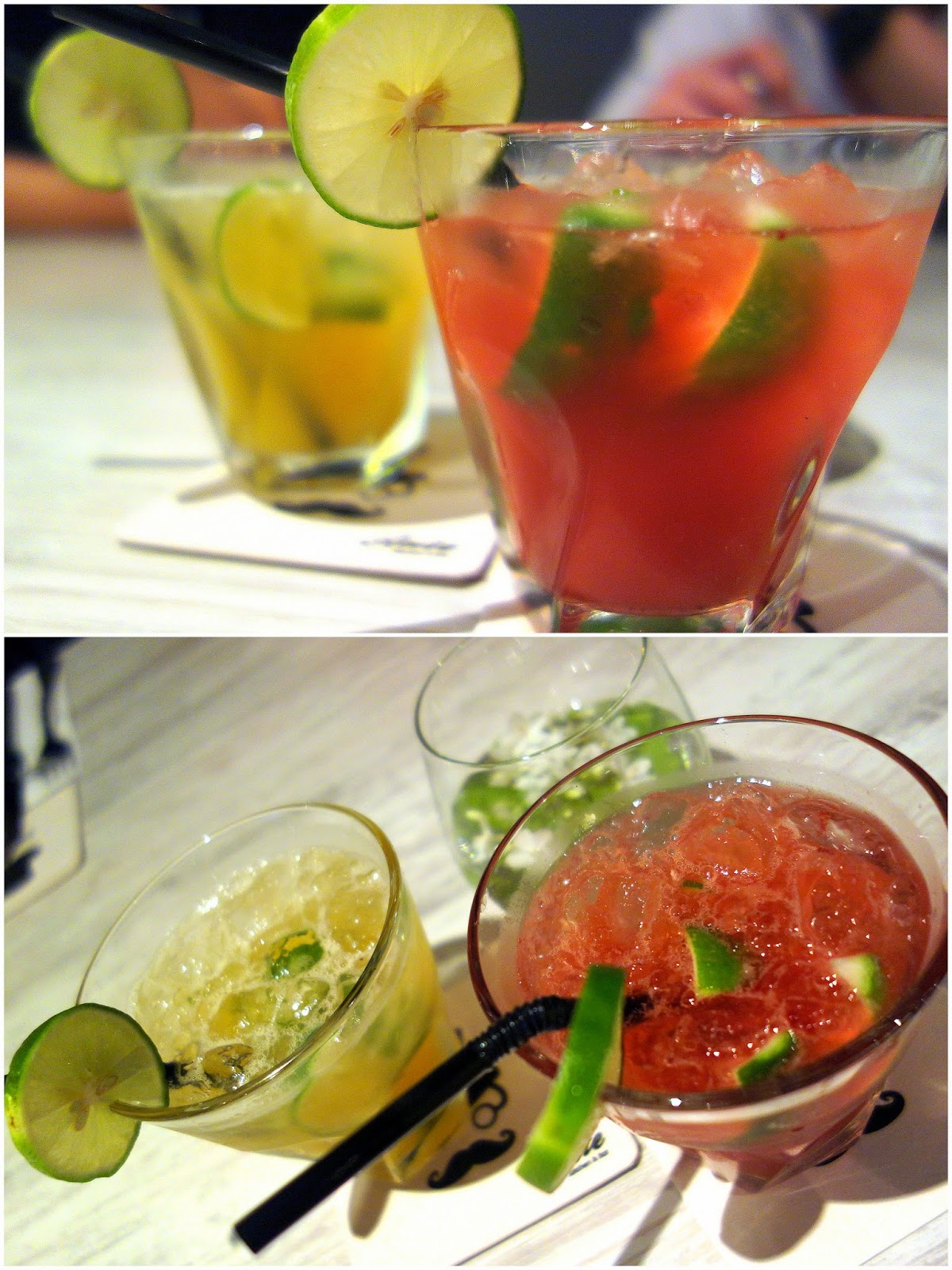 Cocktails here prove potent but perhaps sweeter than some might prefer; the passion fruit caipirinha (RM21+), Ante's version of Brazil's national cocktail, is the best bet for this South-American-obsessed month. 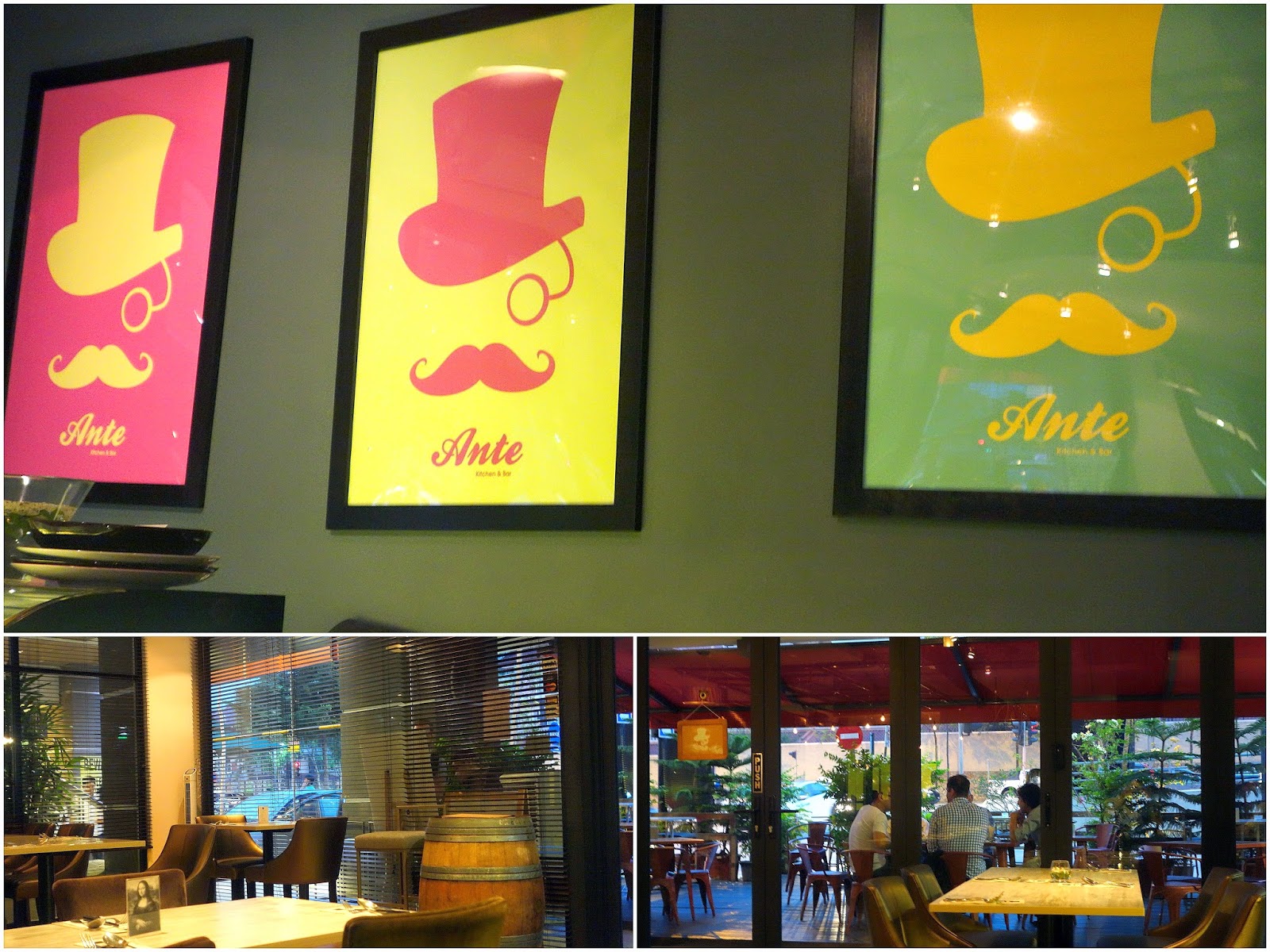