The Starling Mall continues to offer new restaurants and new experiences, with Mitsuyado Seimen opening this week to bring tsukemen to Damansara Uptown. The restaurant previewed its specialities by flying in Chef Nakamura from Japan to host a crash course in 'dipping ramen.' 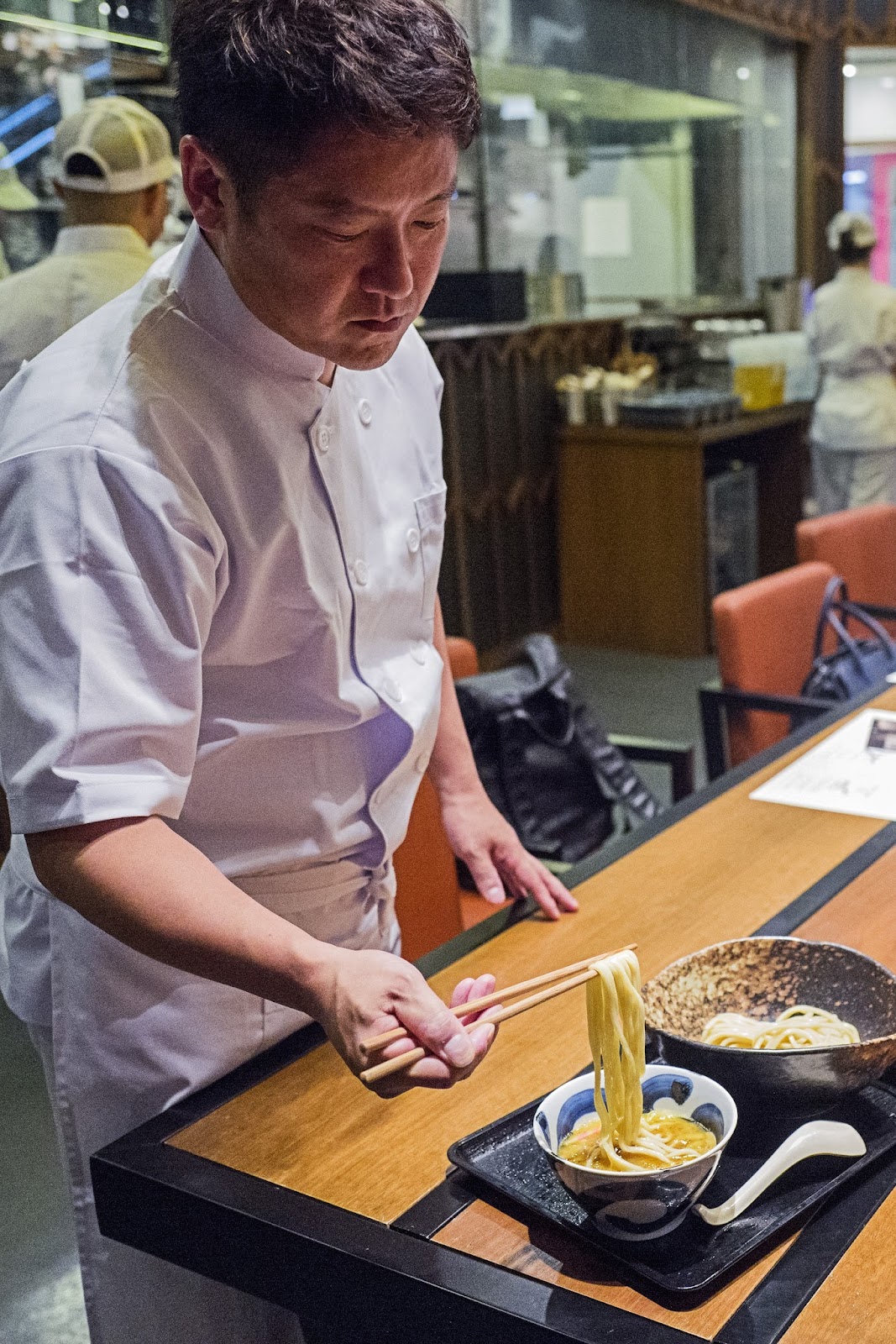 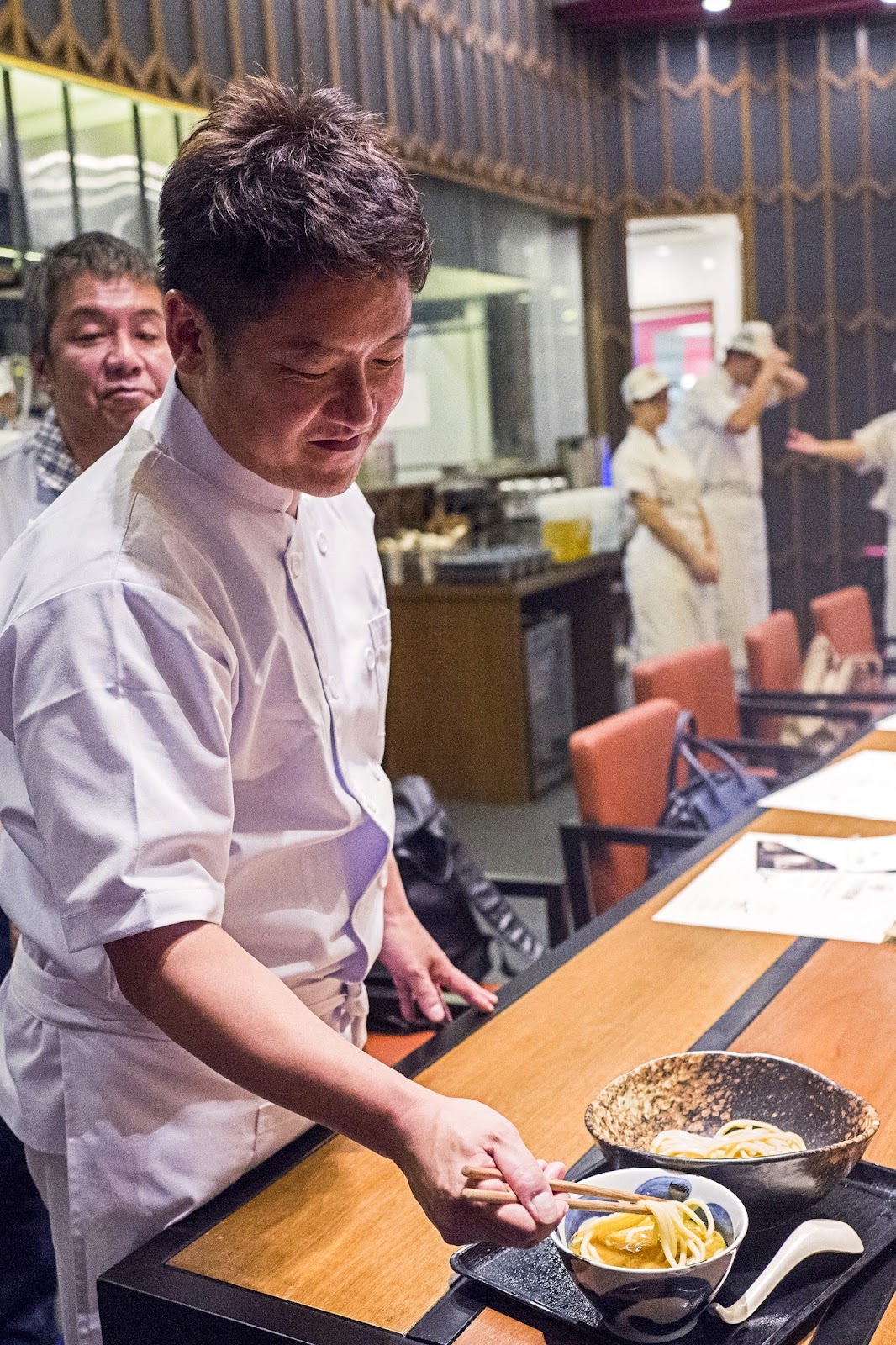 The ramen here is served dry, with broth provided separately. Pick up the ramen with chopsticks, then dip it into the broth before slurping all the noodles straight into your mouth. And we do mean slurp - the aromatic nature of tsukemen is best enjoyed when you slurp it, which enhances the flavour.

But before dipping the ramen into the pork broth, Chef Nakamura recommends eating it on its own to really taste the ramen. Mitsuyado's ramen is made with imported Japanese wheat flour and is freshly prepared in-store every day. These noodles are rinsed in separate vats of water at varying temperatures to finally achieve the desired serving temperature. When we previewed the dishes, they served the noodles cold, which taste delightfully firm and springy, but you can opt for hot noodles, if you prefer. 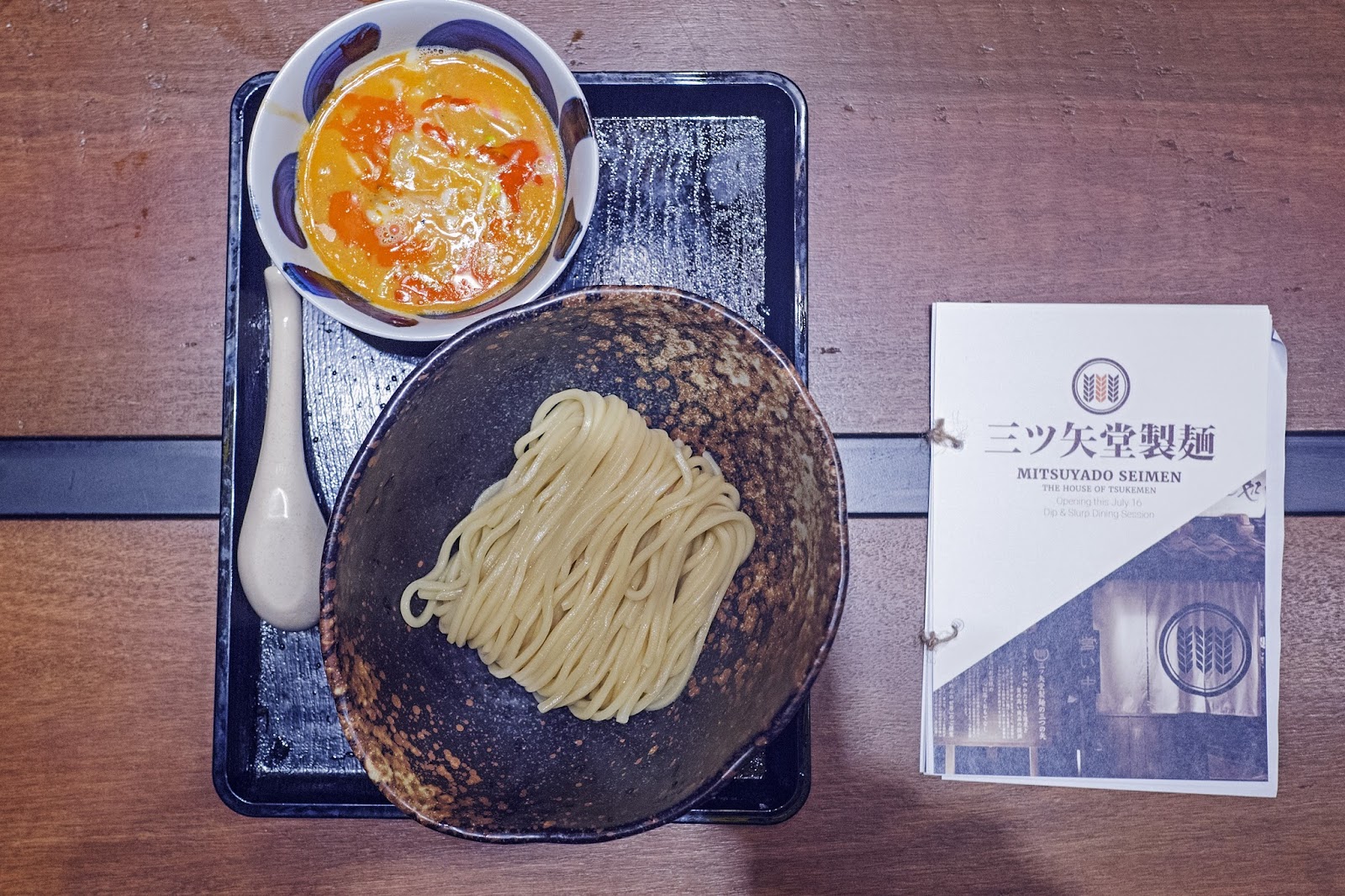 After sampling the noodles on their own, it's time to turn our ramen into dipping ramen. First of the three, the TanTan Sesame Tsukemen (Regular RM27.90 / Large RM29.90). Plunging the noodles into the sesame broth gives them a potent, complex flavour, the strongest of the preparations we tried. 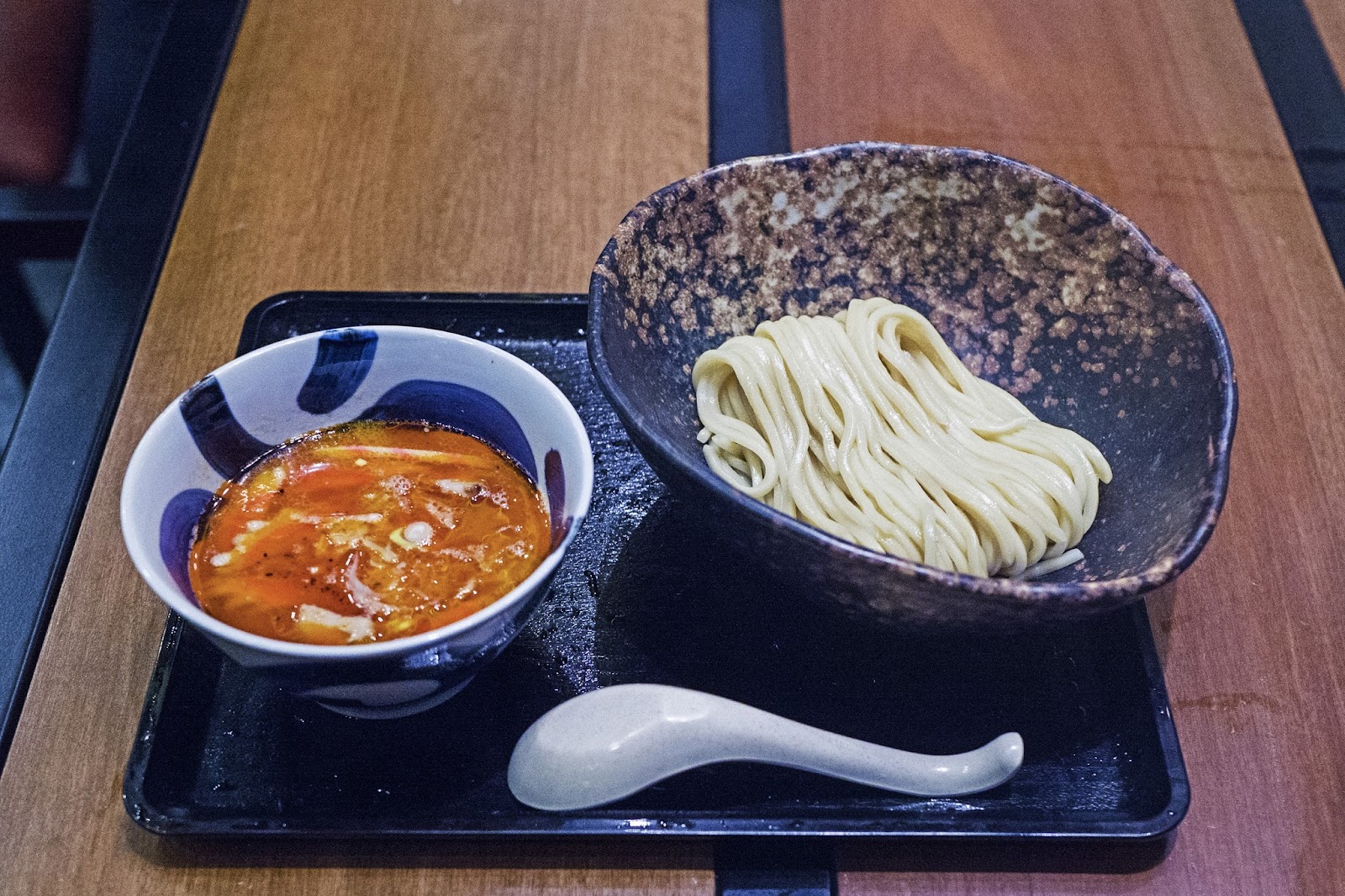 The Karashi Tsukemen (Regular RM26.90 / Large Rm28.90) conveys a mild spiciness, lightly scorching the tongue. It's noticeably more fiery than the other broths, but not overwhelmingly so. 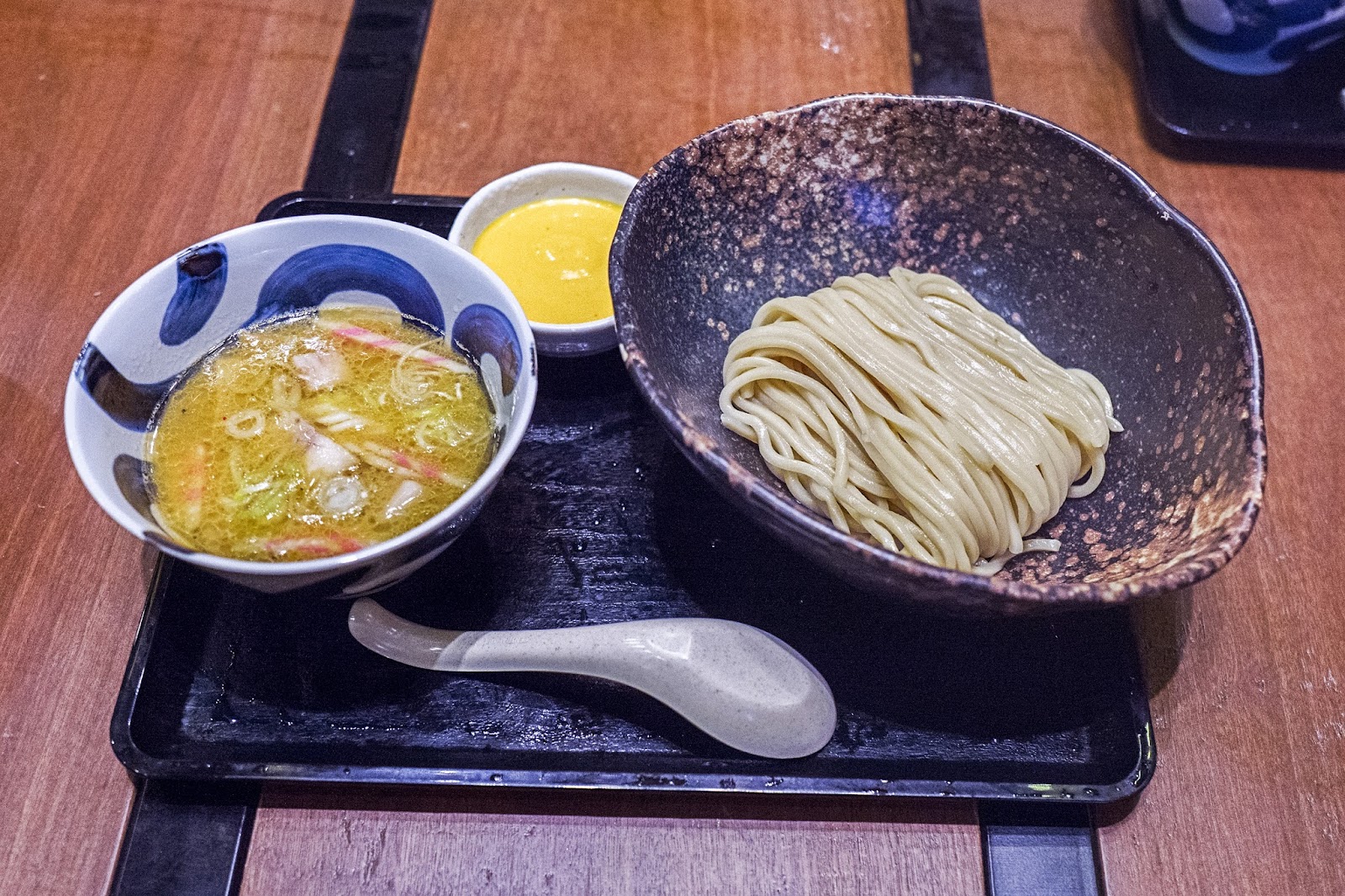 For the Cheese Tsukemen (Regular RM29.90 / Large RM31.90), the yuzu broth promises a benignly tangy taste. This comes with cheese sauce on the side, giving you another way to enjoy tsukemen. Drip and dip - drip the cheese onto your ramen, then take the noodles and dip them into the broth. The cheese supplies a strong savoury flavour - so if you prefer savoury noodles, this is the one for you. 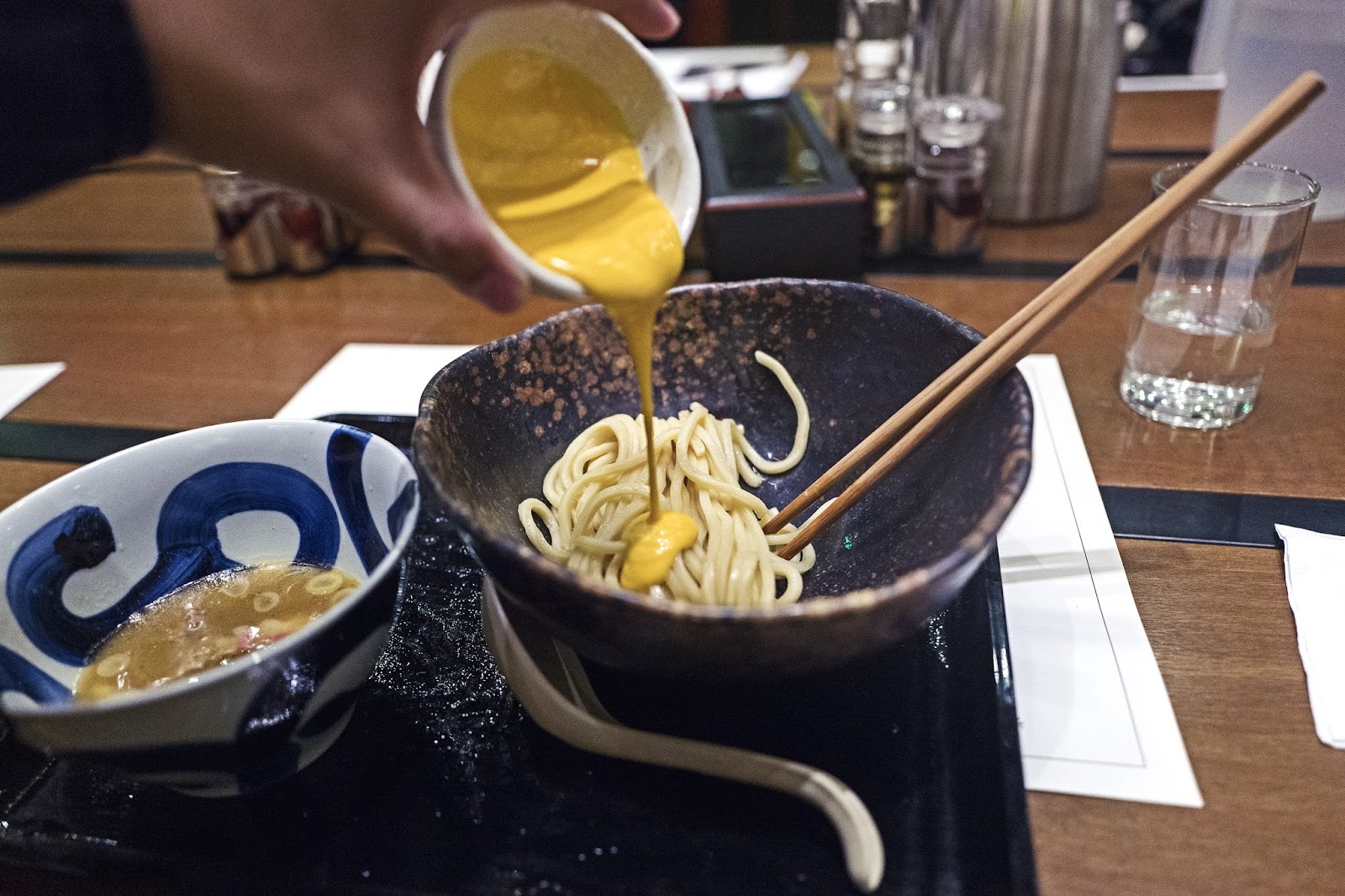 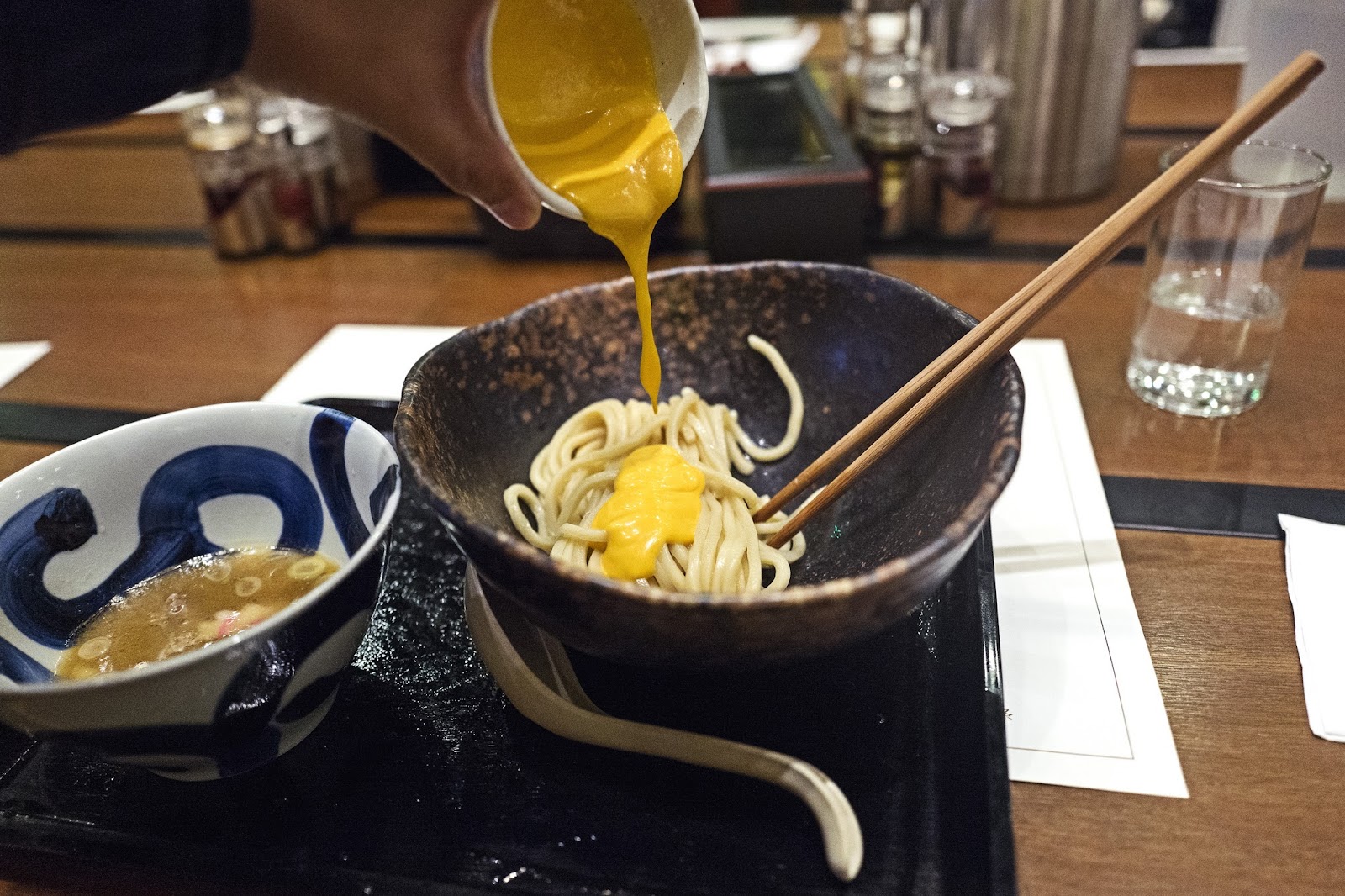 In all three choices, it's evident that the dipping broth is thicker than regular ramen broth, as tsukemen enthusiasts would have realised by now. The separation of noodles and broth enables customers to have noodles both wet and dry in one sitting.
Thanks to Mitsuyado Seimen for having us. To commemorate its launch, Mitsuyado Seimen is running an opening promotion via Facebook until July 31. Look for the digital voucher on their Facebook page and show it to your waiter to receive 20% off on Original Yuzu, Cheese, or TanTan Sesame Tsukemen. 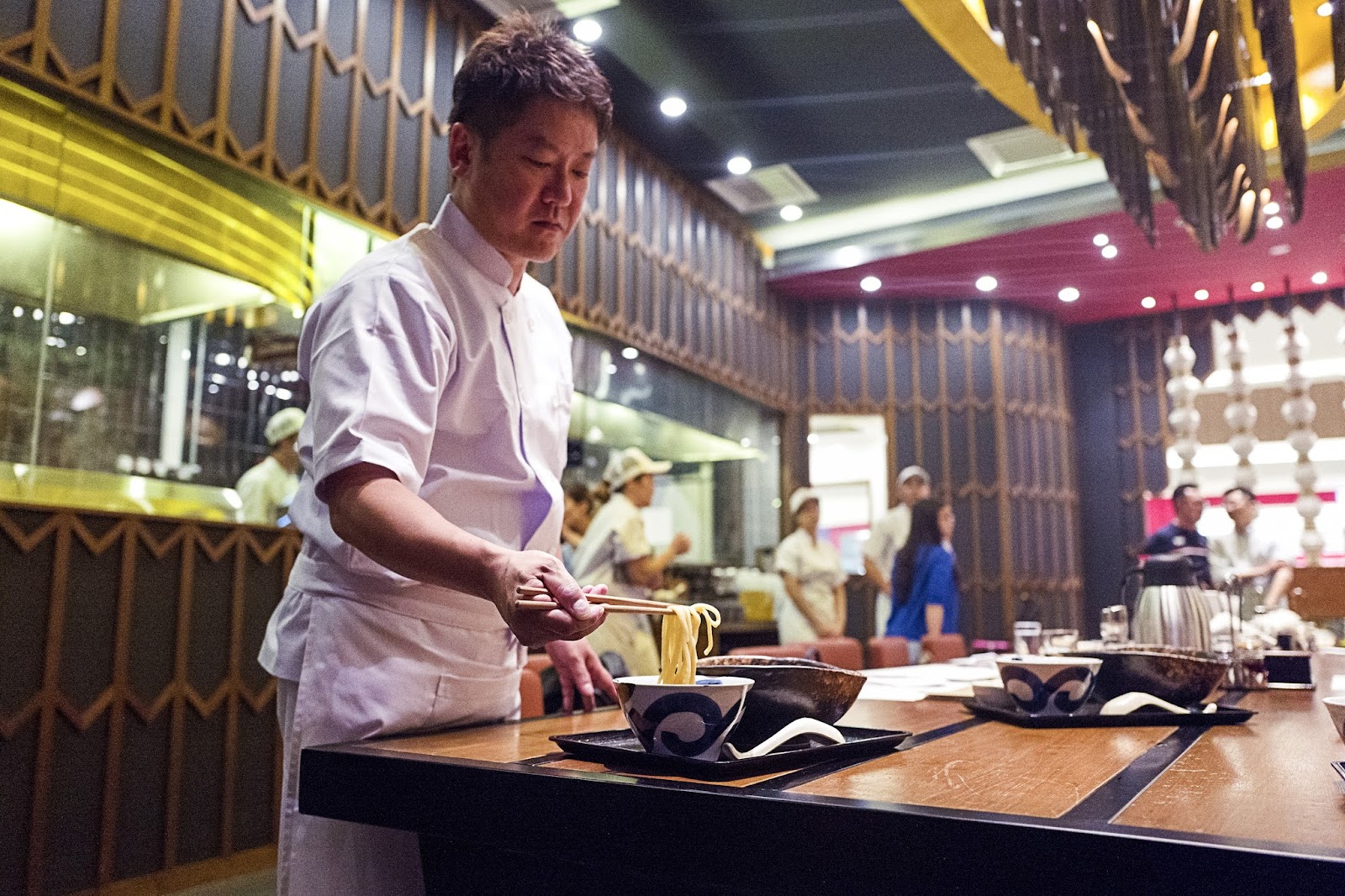 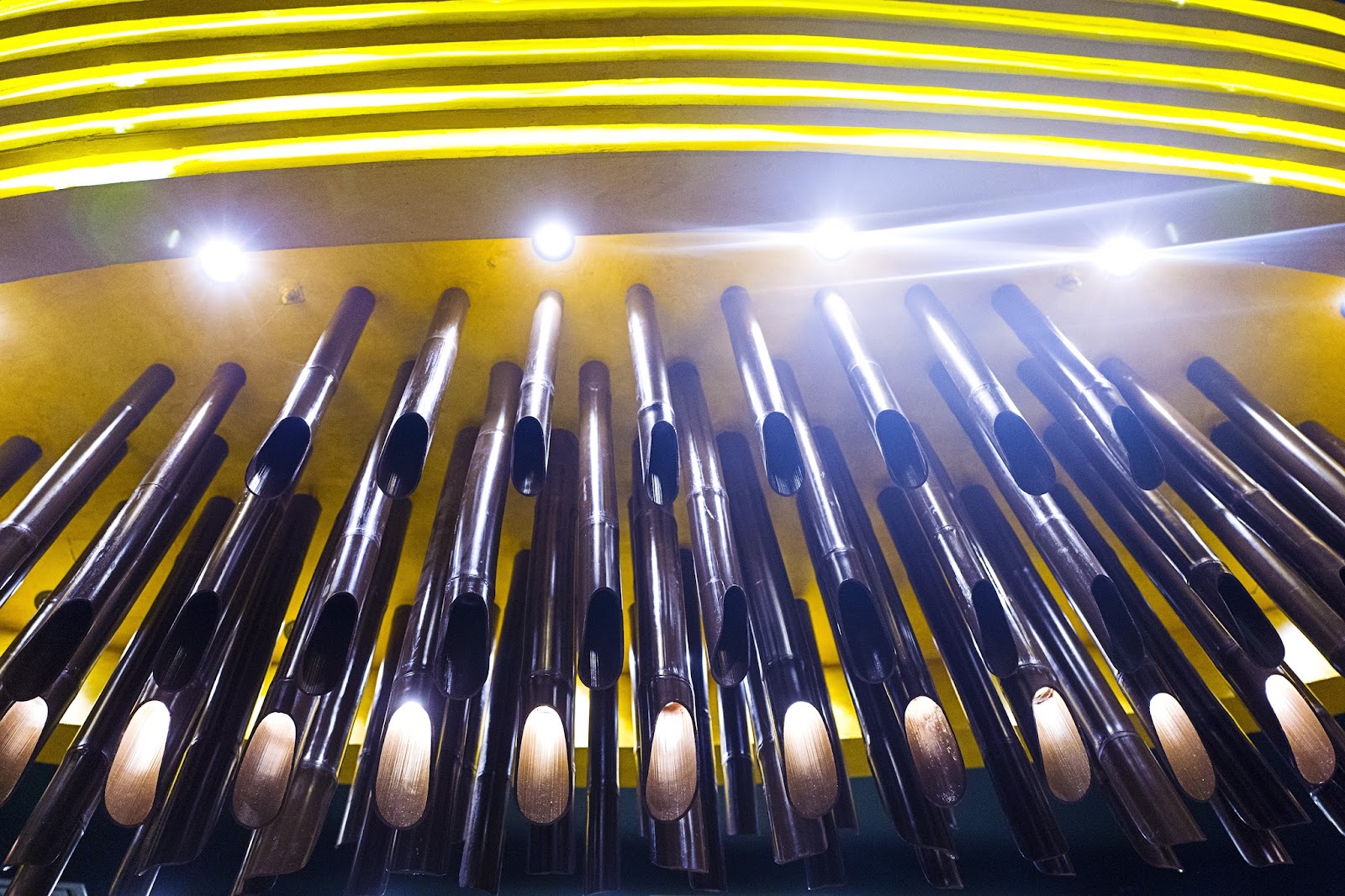