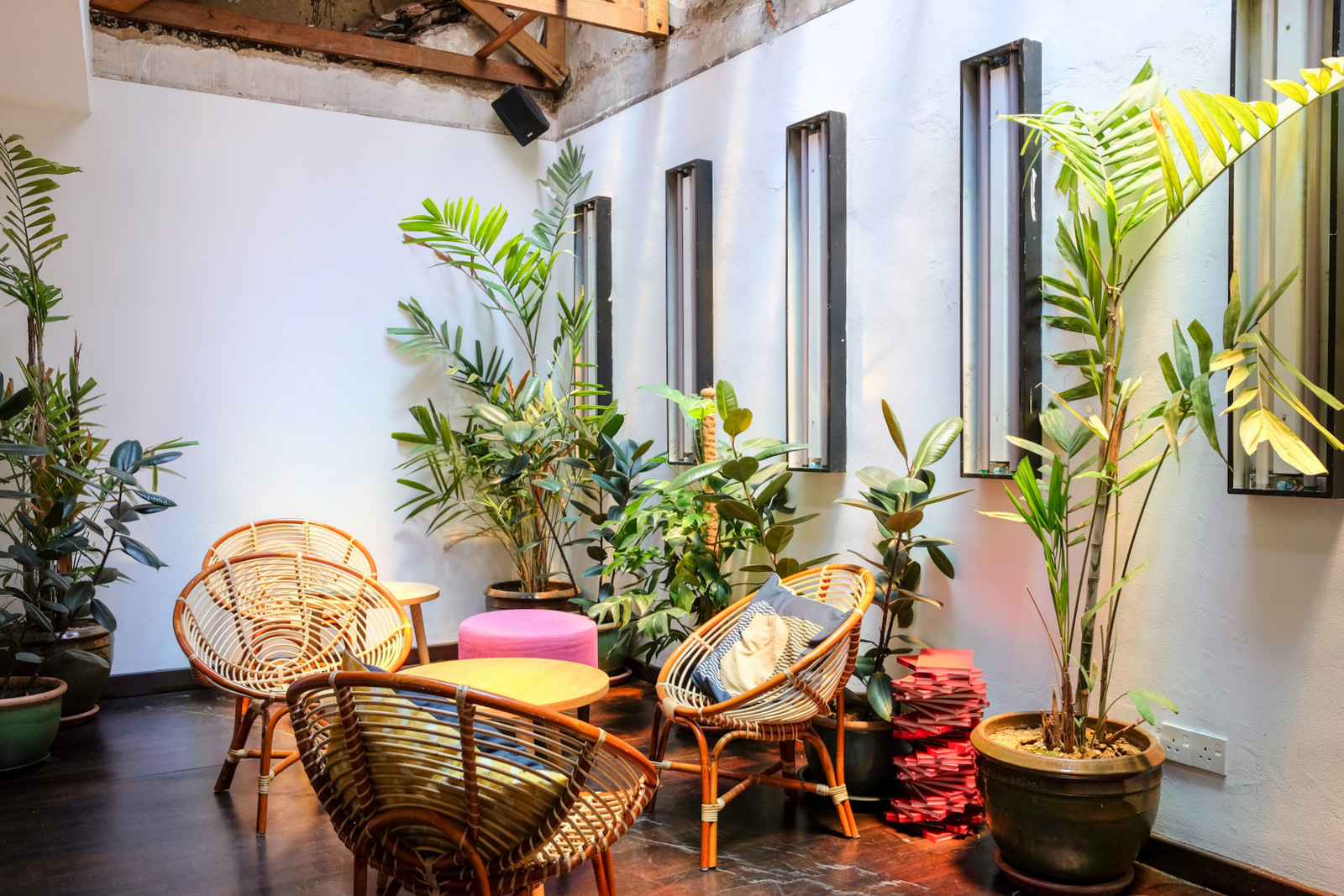 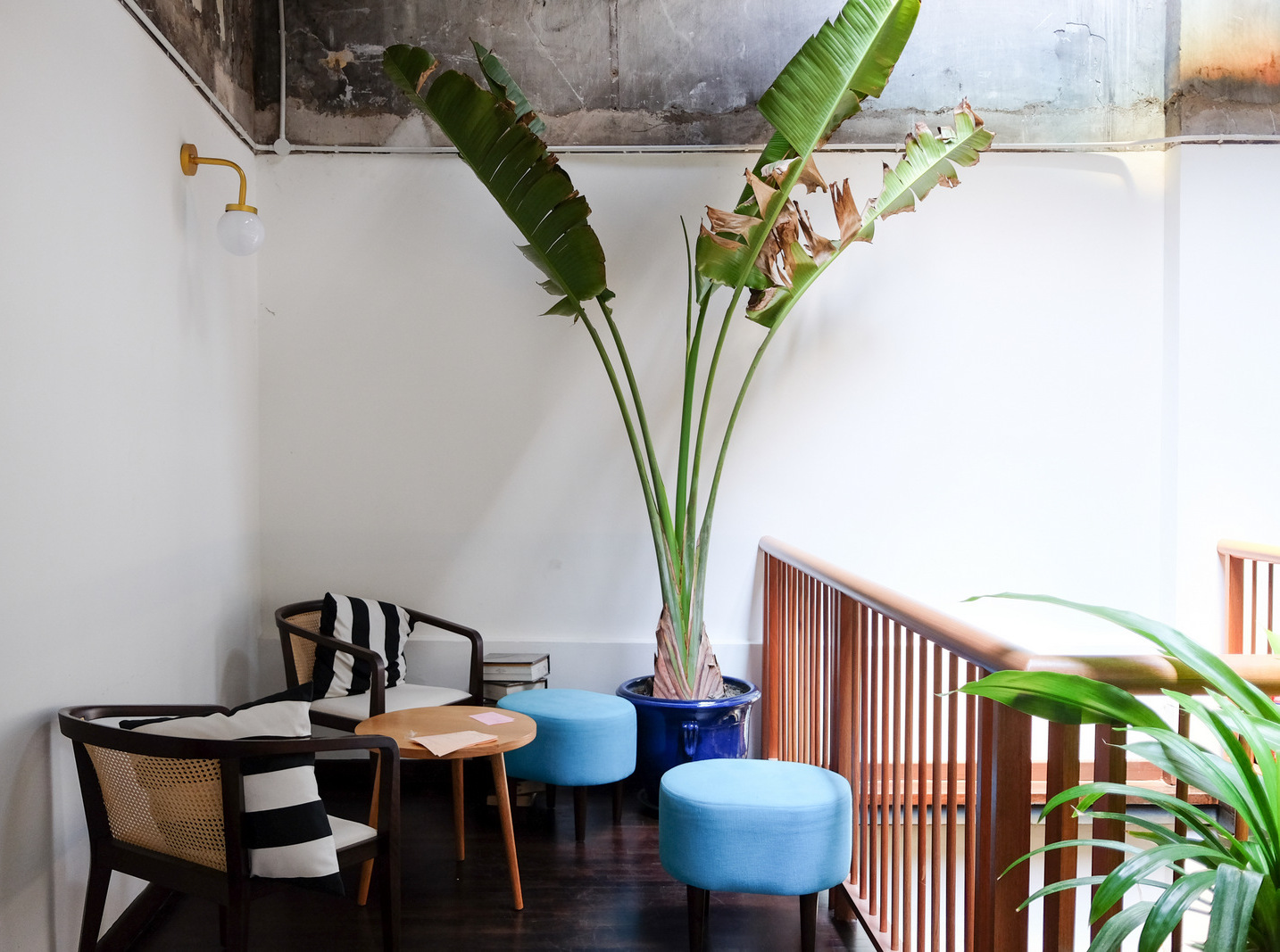 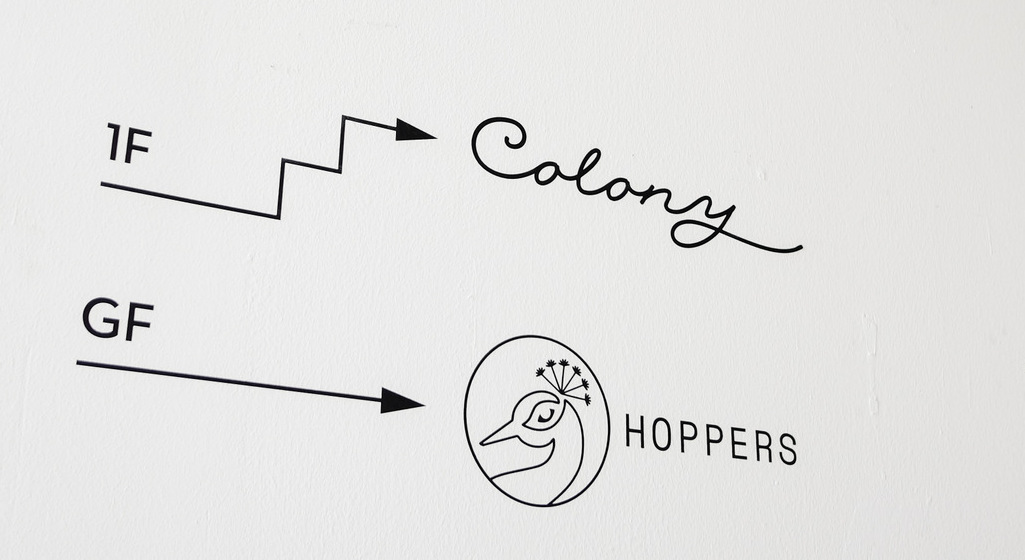 Colony conquers: One of our most eagerly anticipated eateries will launch this month, marrying Burmese, Sri Lankan & Indian culinary traditions with Malaysian sensibilities to birth a menu thats utterly unique in KL. Colonys founders, who also run the innovative appam purveyor Hoppers, have become among our favourite restaurateurs, creating distinctive dishes that prove intimately personal & universally pleasurable. If you love venues with a vision of exploring fresh frontiers, put Colony on your calendar; follow them at facebook.com/colony.my & instagram.com/colony.my to see when theyll open (update: Colony opens on April 12). 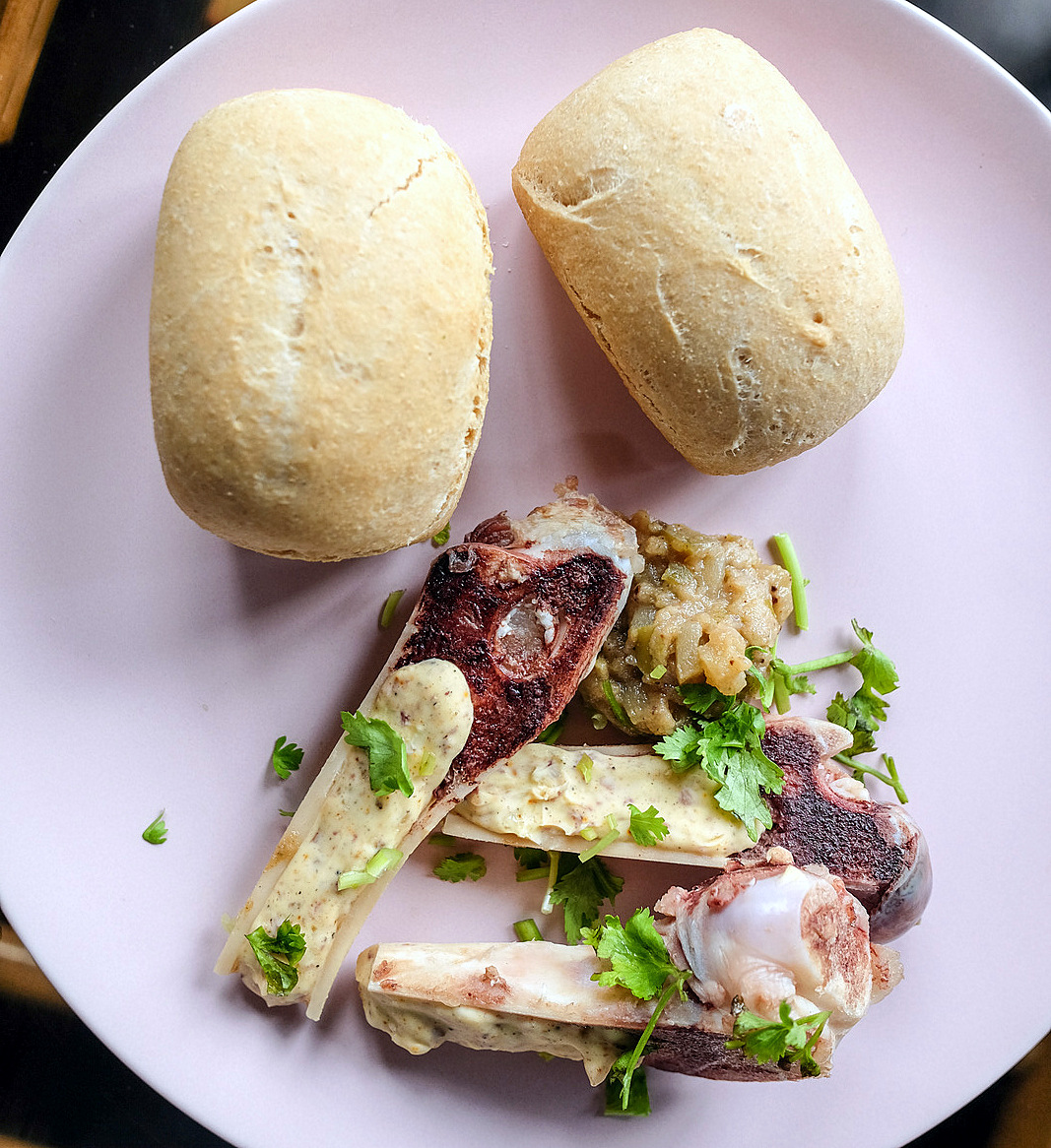 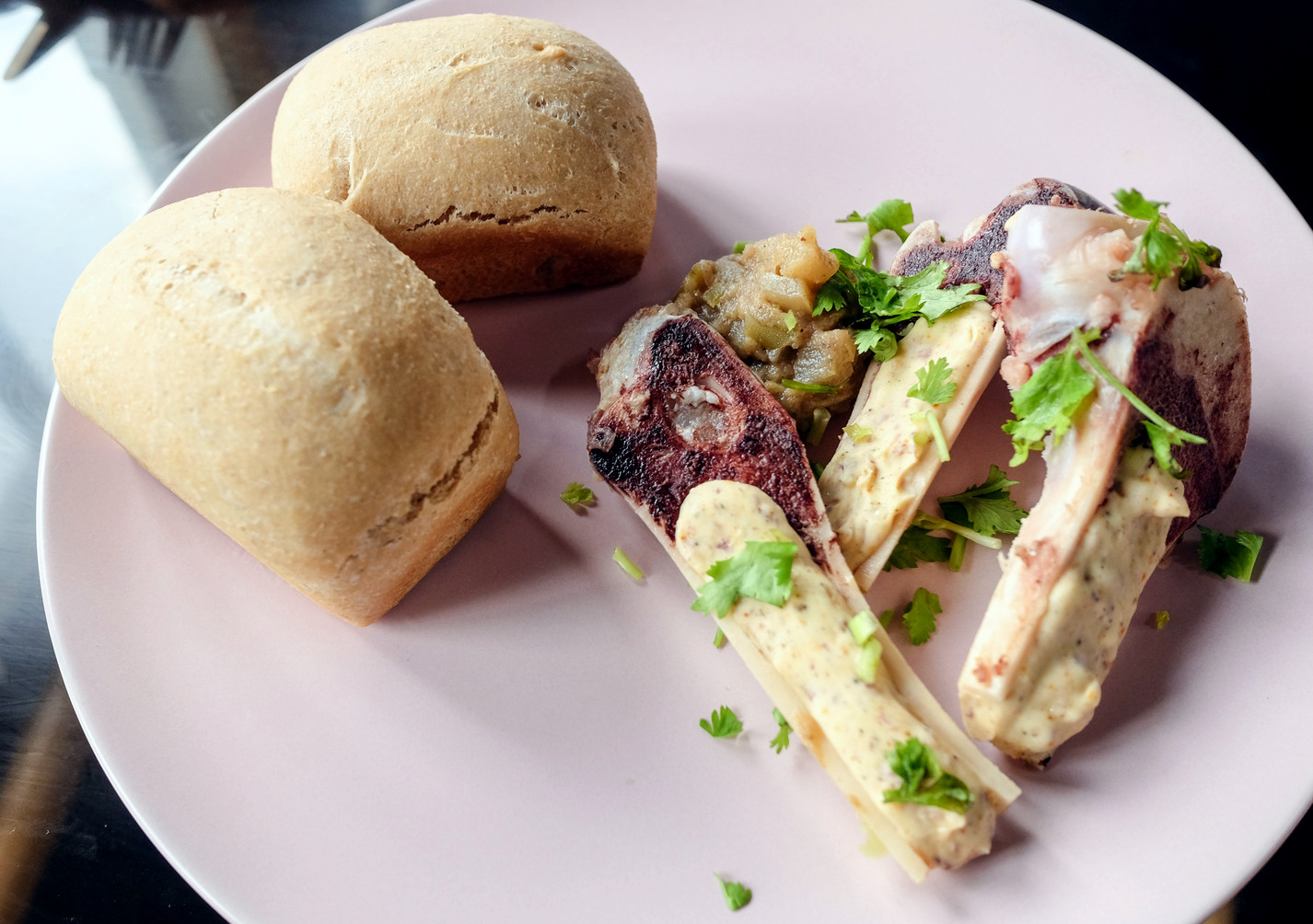 Start your journey with The Old Delhi - atta bread, baked at Colony with locally milled wheat flour, warm to the touch, served with sumptuously sinful bone marrow blended with butter, in a triumvirate of temptations completed by spiced apple chutney, every component complementing each other beautifully, transcending the tropes of predictable bread-&-butter combinations. 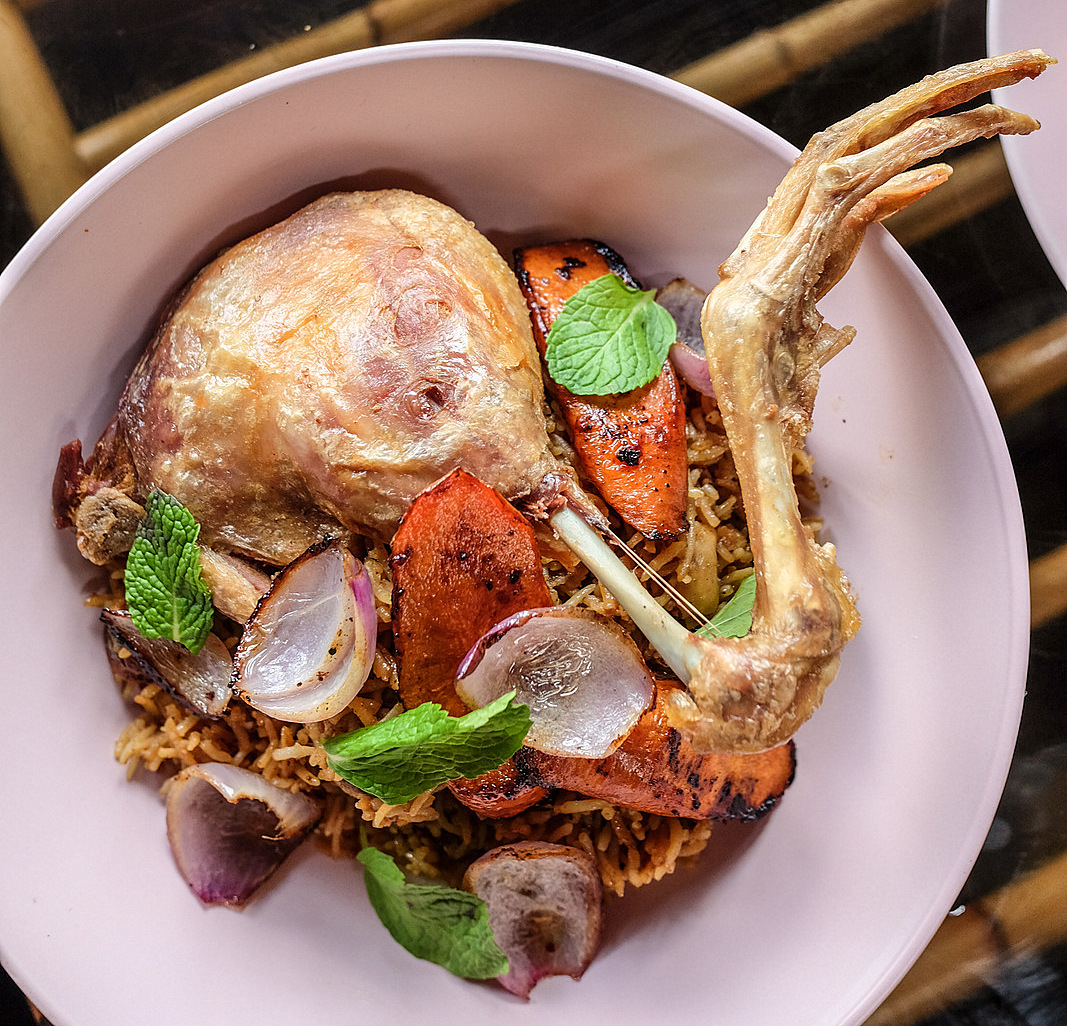 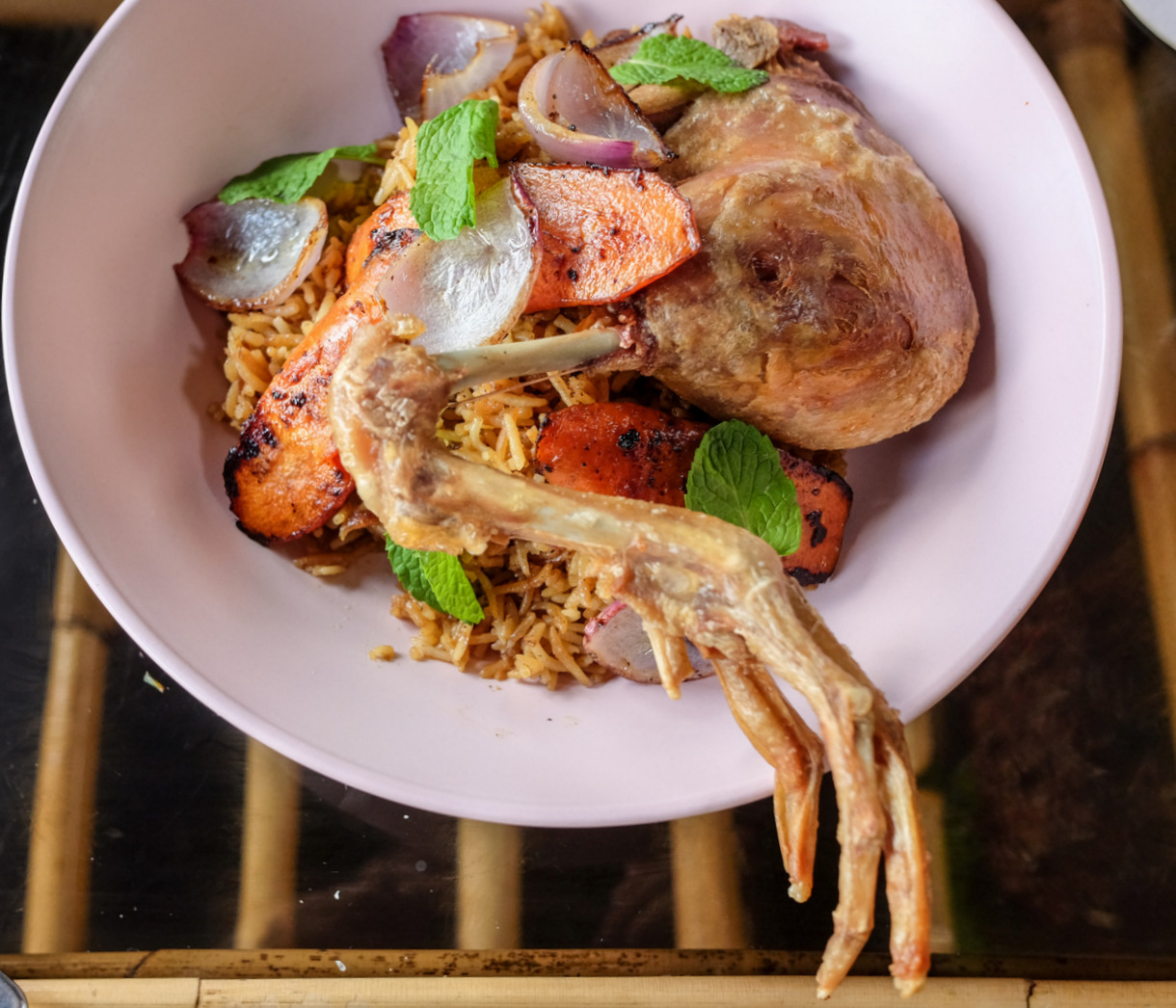 Get your claws out for Colonys duck confit biryani, visually memorable & impeccably rendered, each individual grain of rice imbued with nuance, the spices mingling in perfect harmony with flavoursome duck stock, with plenty of fowl flesh to tear into for protein (including the crunchy claw), illustrating Colonys ethos of concocting thoughtful recipes that stand out as its own. Named The Salem for the Tamil Nadu city, representing the biryani of Colony mastermind Sugania Naidus moms heritage. 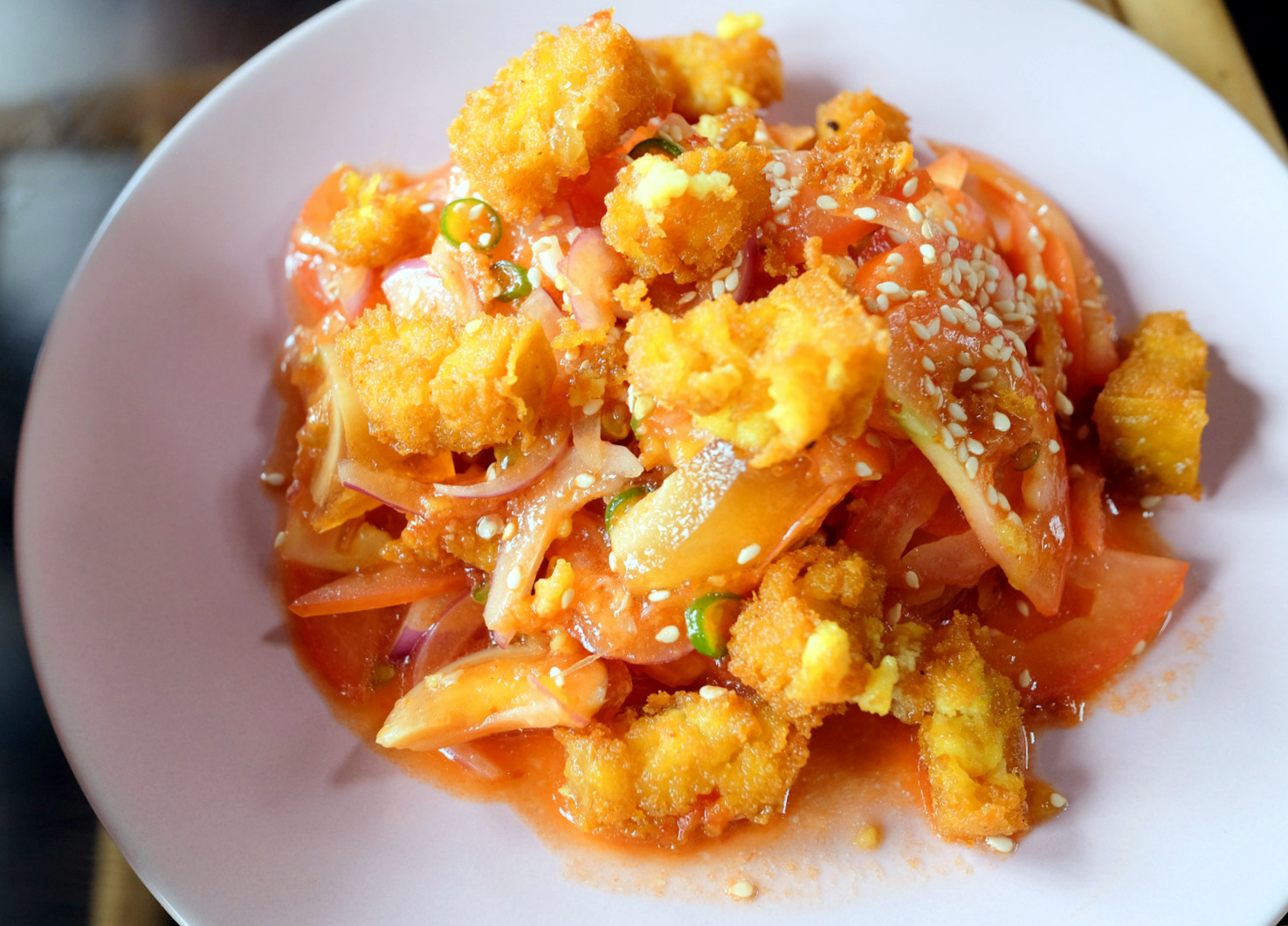 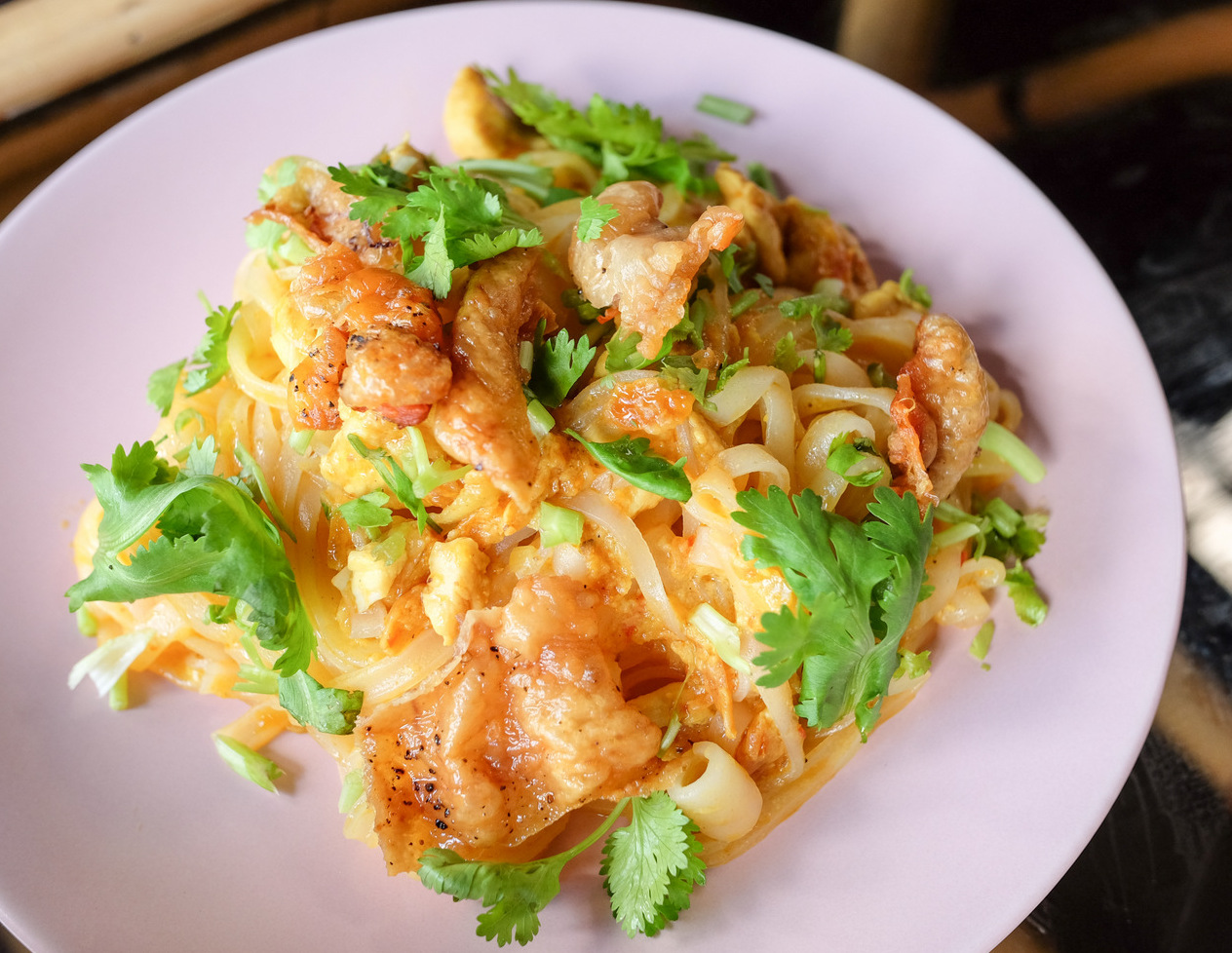 Colony could be your gateway into the moreish marvels of Myanmars cuisine; Sugania has visited Burma close to a dozen times, & shes blessed with a hardworking Burmese cook in Colonys kitchen. Preserved duck eggs, indulgently creamy & impressively clean-flavoured, sourced from a Burmese-run store in Pudu, are the secret weapon in The Yangon, a tomato salad tossed with house-made crispy chickpea tofu, irresistible even for those of us who may not typically love salads. Dont skip the Shan - flat noodles prepared in a mix of turmeric oil, sesame & garlic, crowned with thin & tasty chicken cracklings. 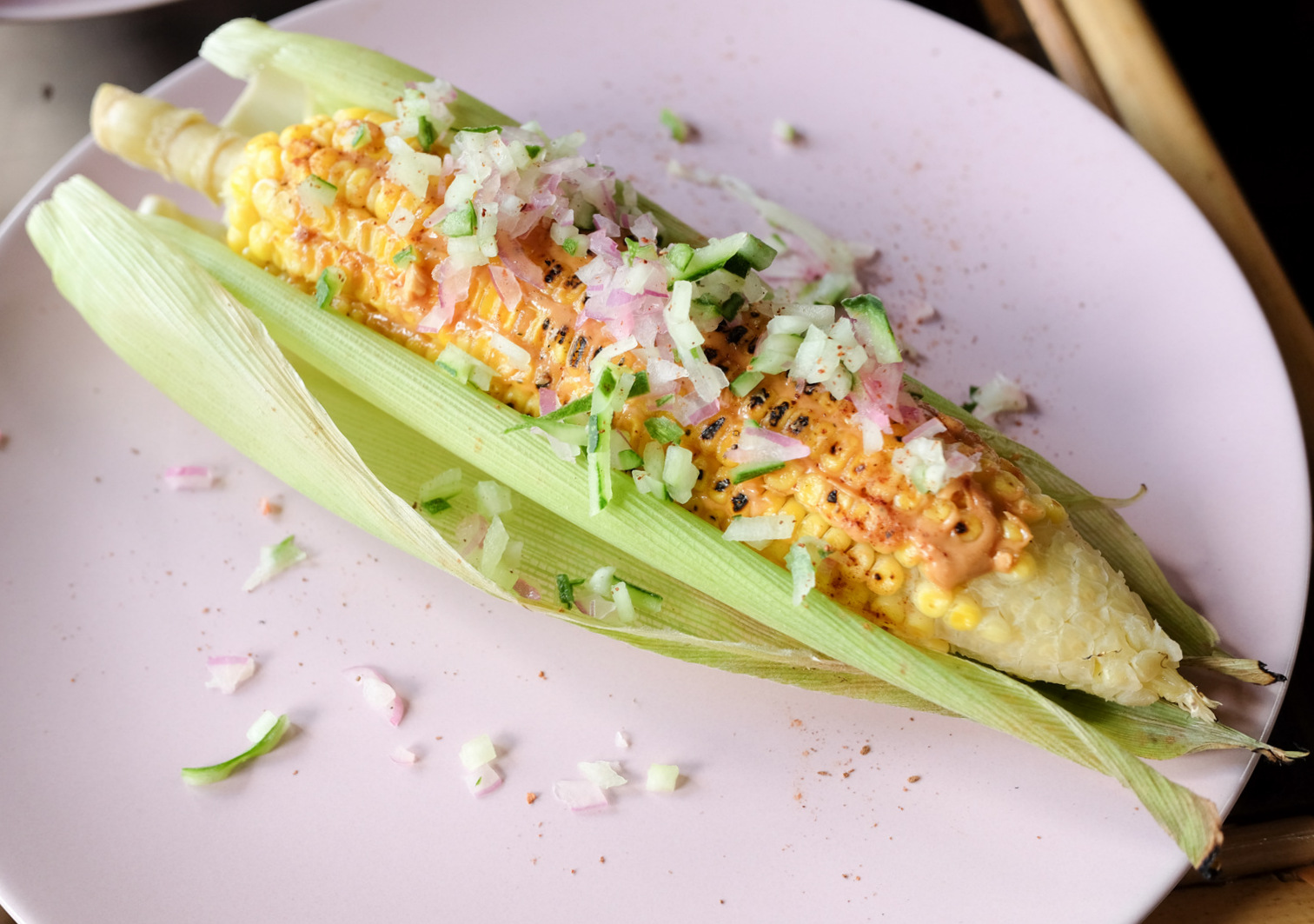 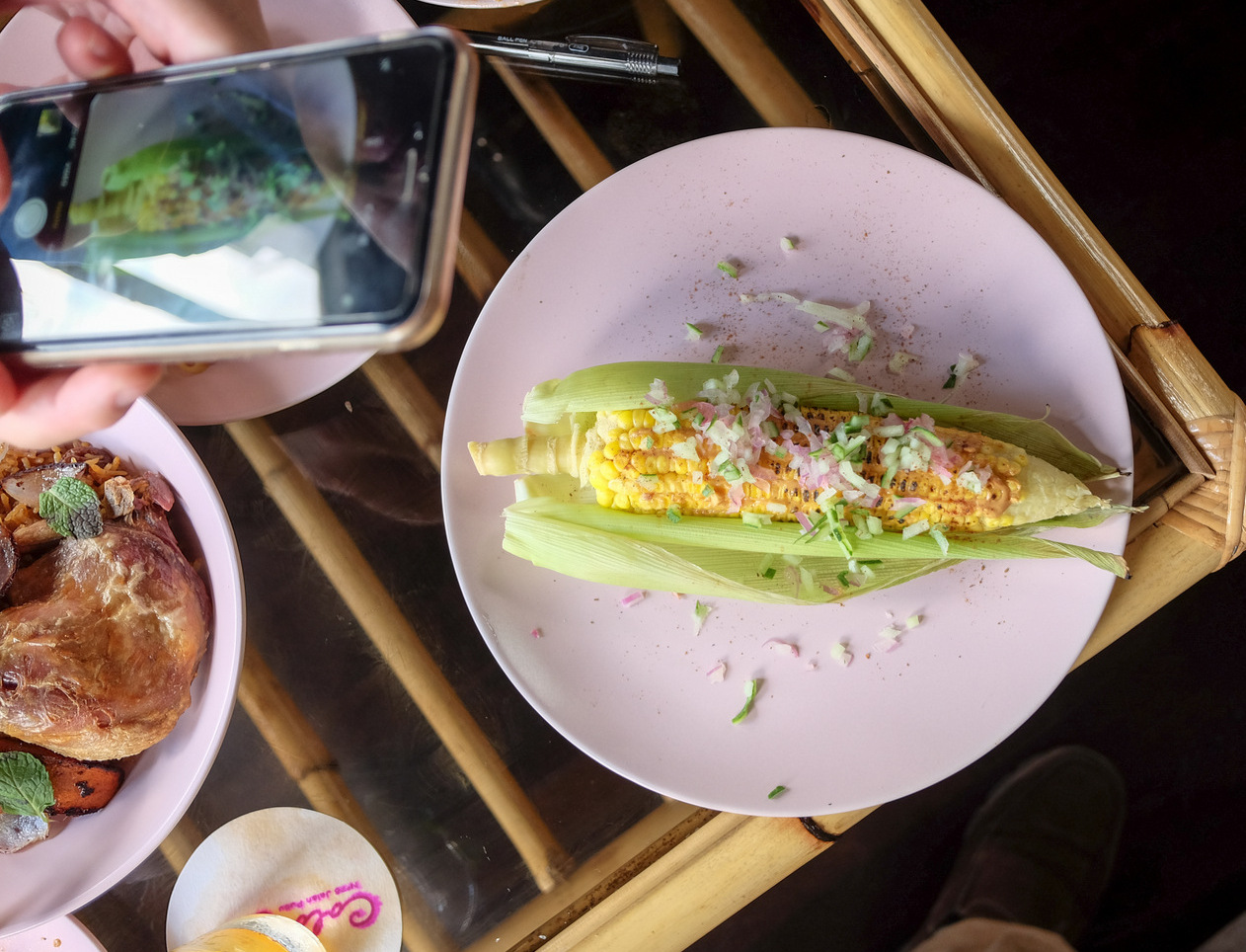 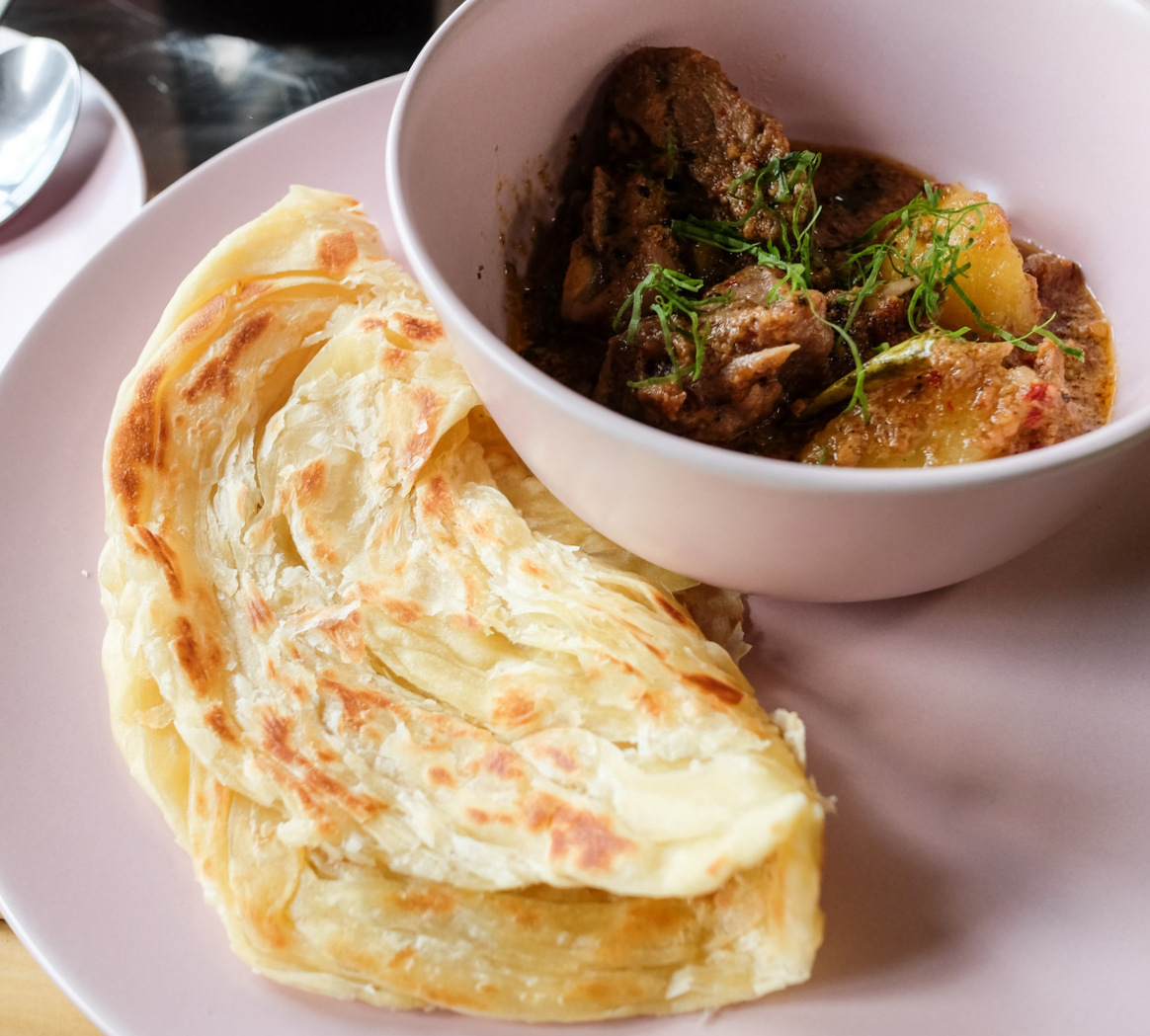 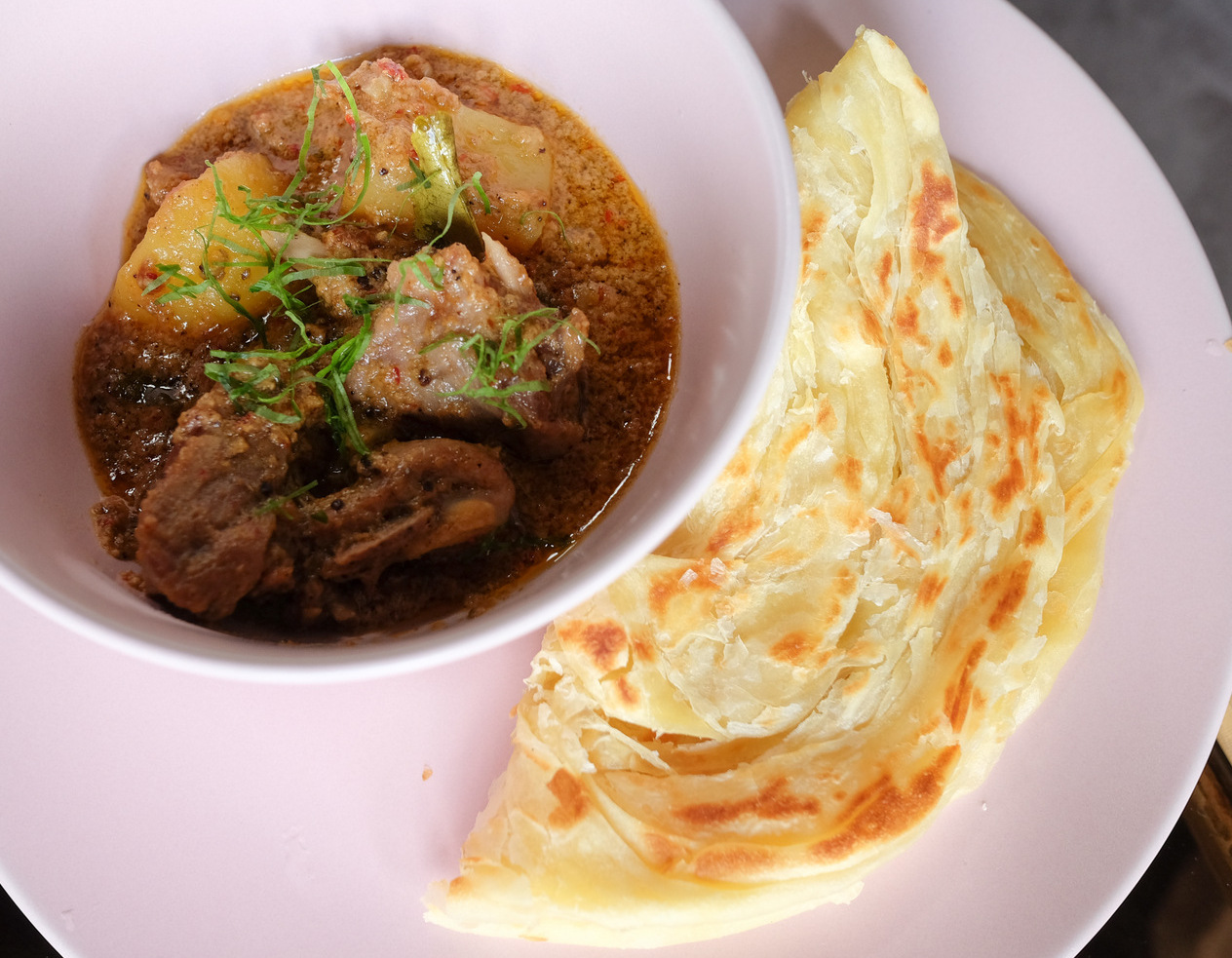 The Pontian & The Pudu: The first refers to corn cultivated in the southern Malaysian district, charred at Colony & slathered with an intriguing duet of peanut butter (!) & cinnamon, subtle but sure-handed, with onions, cucumbers & lime zest for uplift (fun fact: the corn & peanut butter combo is a nod to Suganias childhood remembrances of corn-in-a-cup & peanut butter waffles sold side-by-side in malls), while the latter pays credit to the roti canai & curries of the KL neighbourhood that Colony calls home, making its roti with kampung eggs that yield a vivid colour, paired with a rich, robustly nutty duck & potato curry. 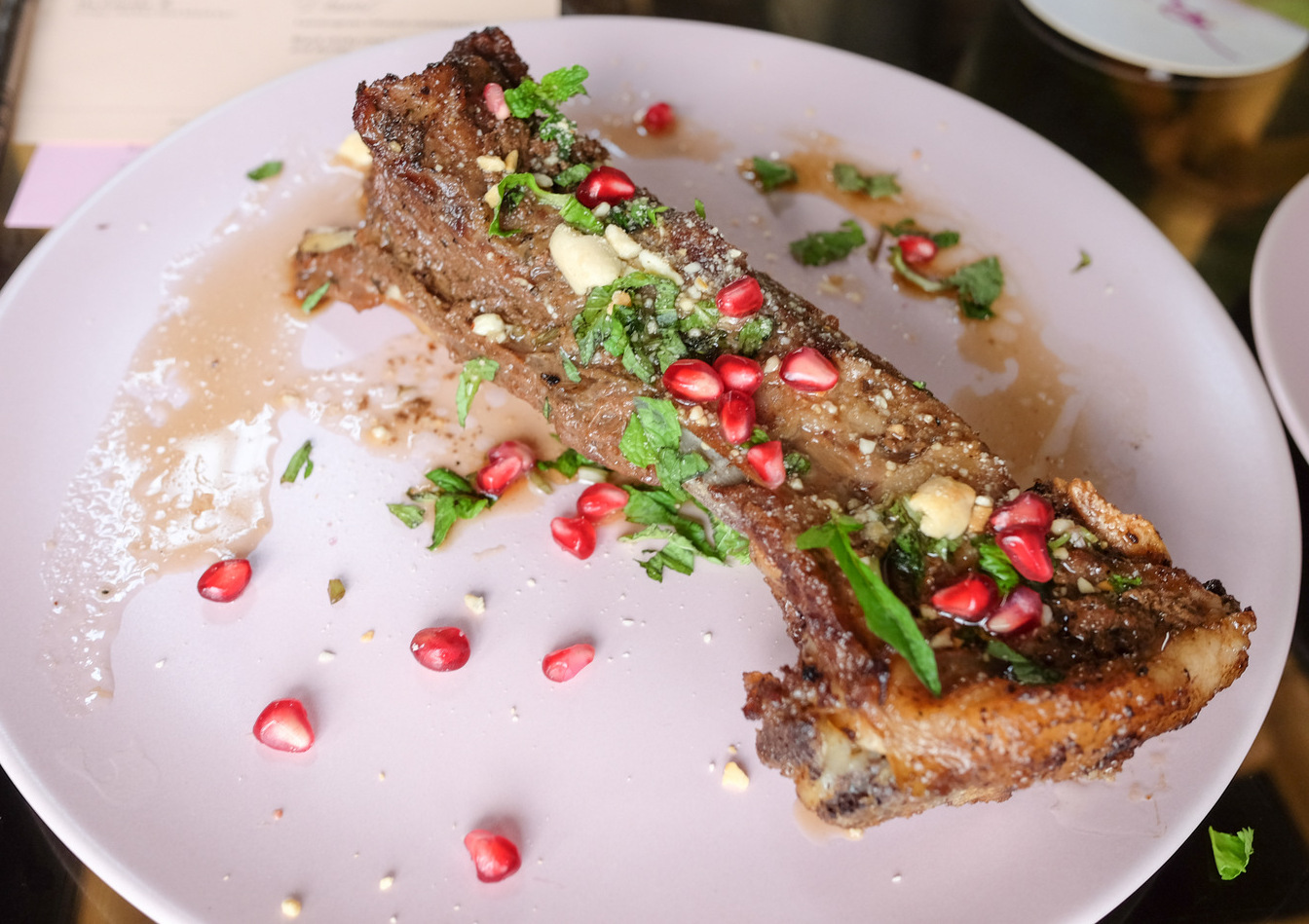 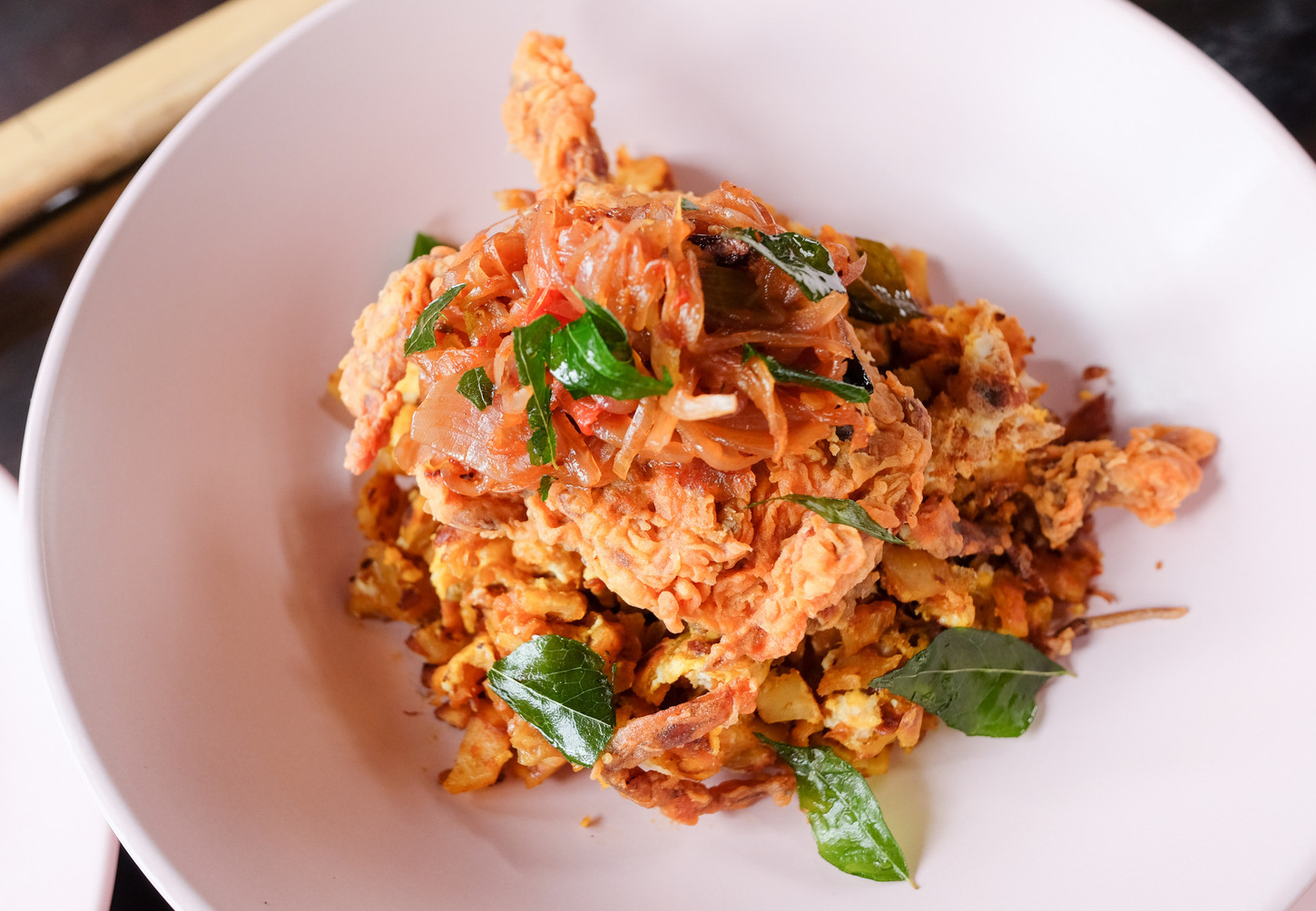 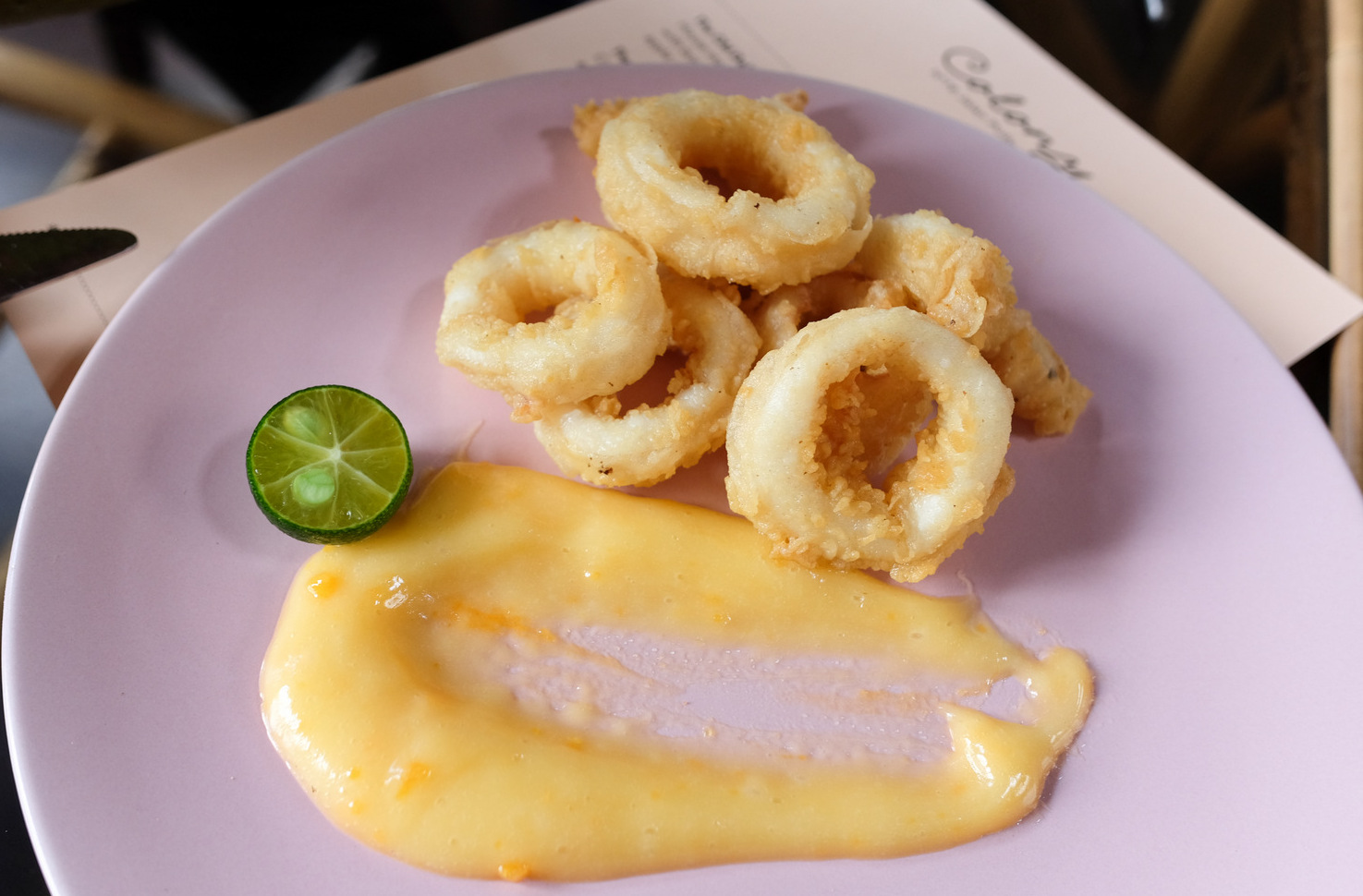 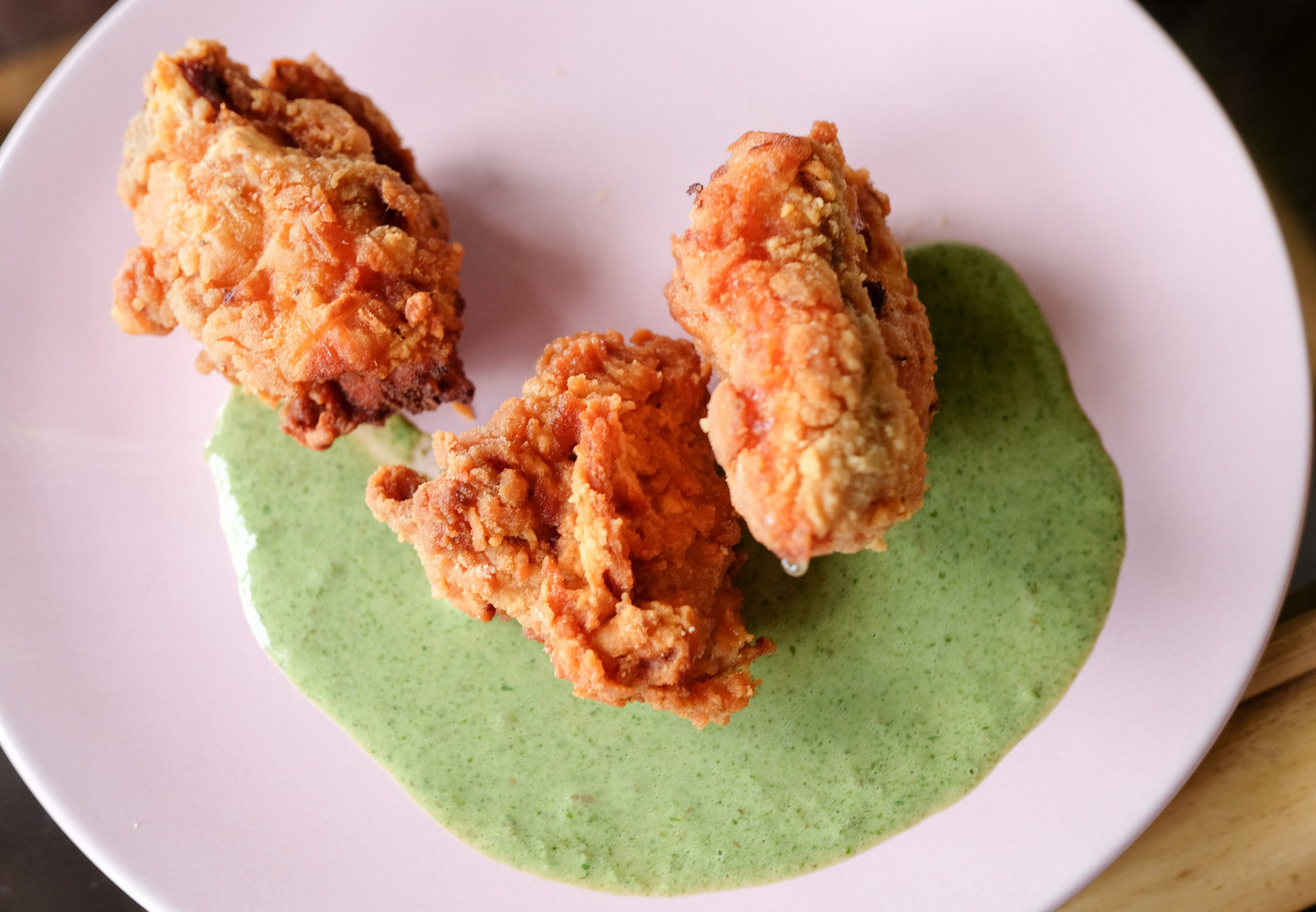 Theres more to sample on the menu that blazes a path across multiple former British colonies: The Sri Pada is a lip-smacking Sri Lankan-inspired creation that relies on Malaysian-farmed lamb ribs, braised in New Zealands Karma Cola fairtrade organic craft soda, while The Kandy heaps a soft-shell crab & caramelised onions on shredded kothu roti. The ideal way to experience Colony is with an open mind & adventurous palate, but for customers seeking safety in more familiar favourites, The Rompin (Pahang-caught calamari with duck egg aioli & calamansi) & The Madras (brined fried chicken marinated with tandoori spices, served with mint yoghurt) are certain crowd-pleasers. Note: Some of these recipes may be tweaked before Colonys launch. 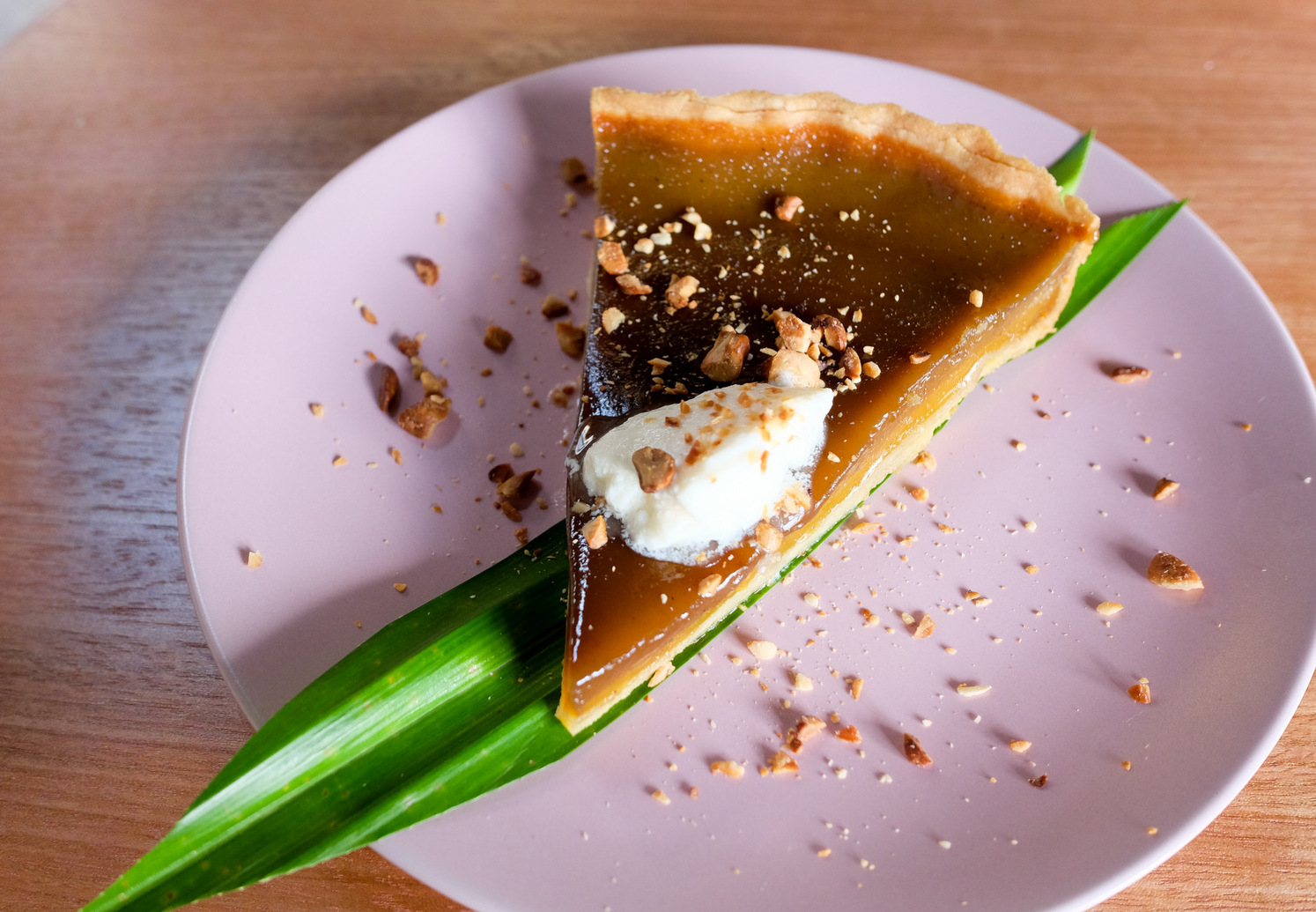 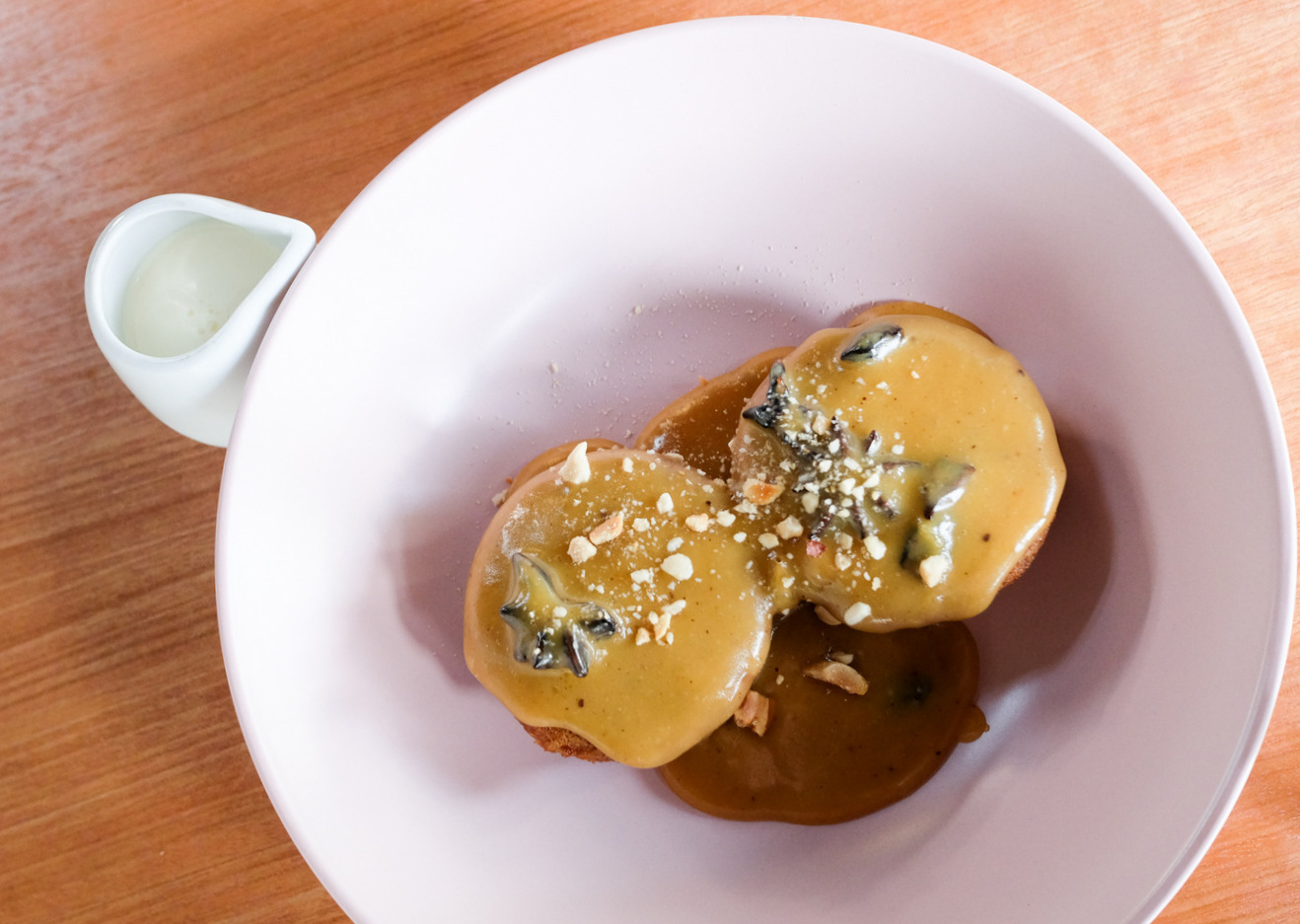 Desserts? Definitely! The lemongrass-infused watalappam tart takes on a lusciously smooth coconut custard pudding that recalls Malaysian kaya, herb-spiked & yoghurt-splashed for sharp relief from the unabashed decadence of it all, while the chai-spiced sticky jaggery toffee pudding is one moist, gorgeous treat that simply screams, eat me - well happily oblige; no regrets. 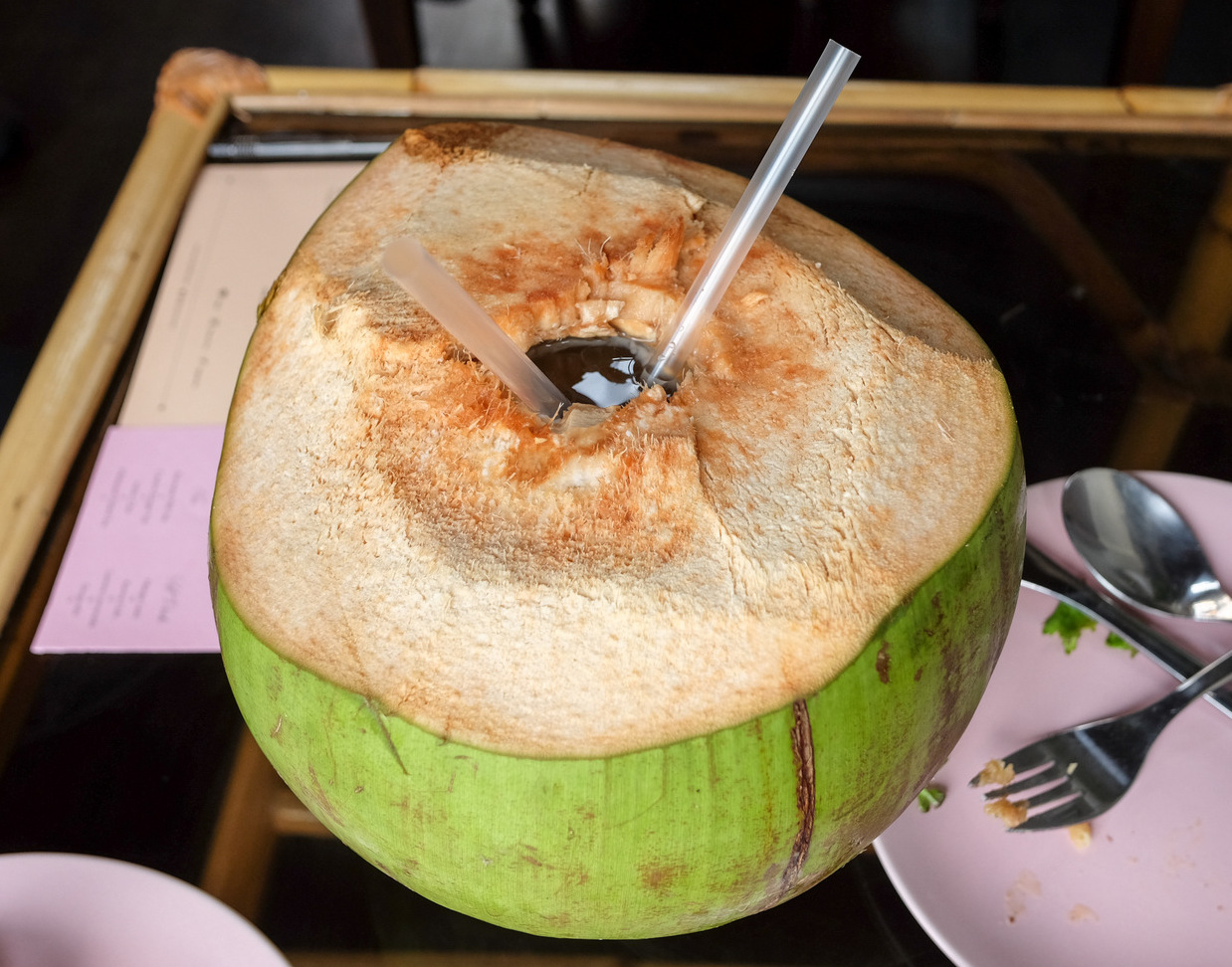 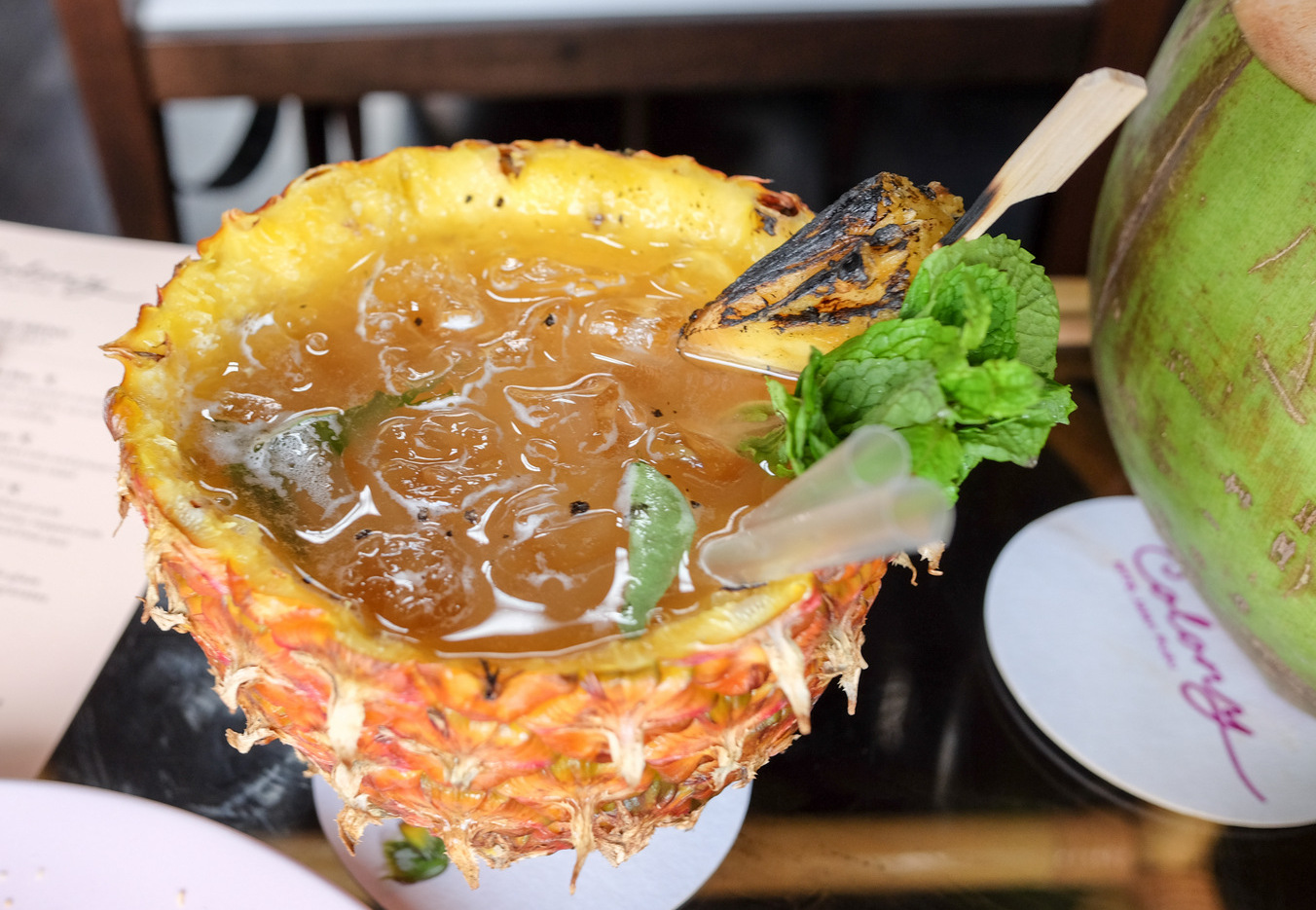 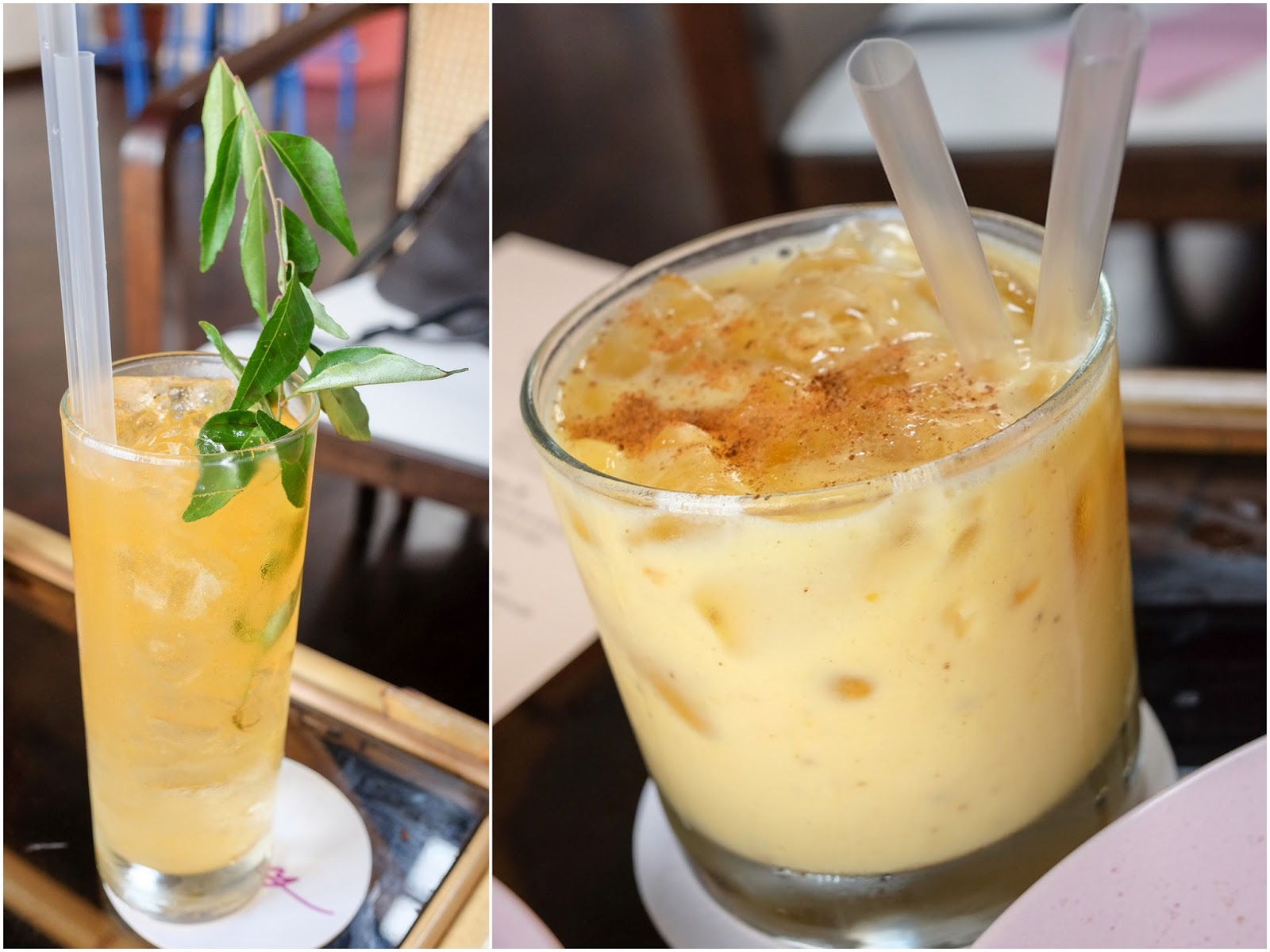 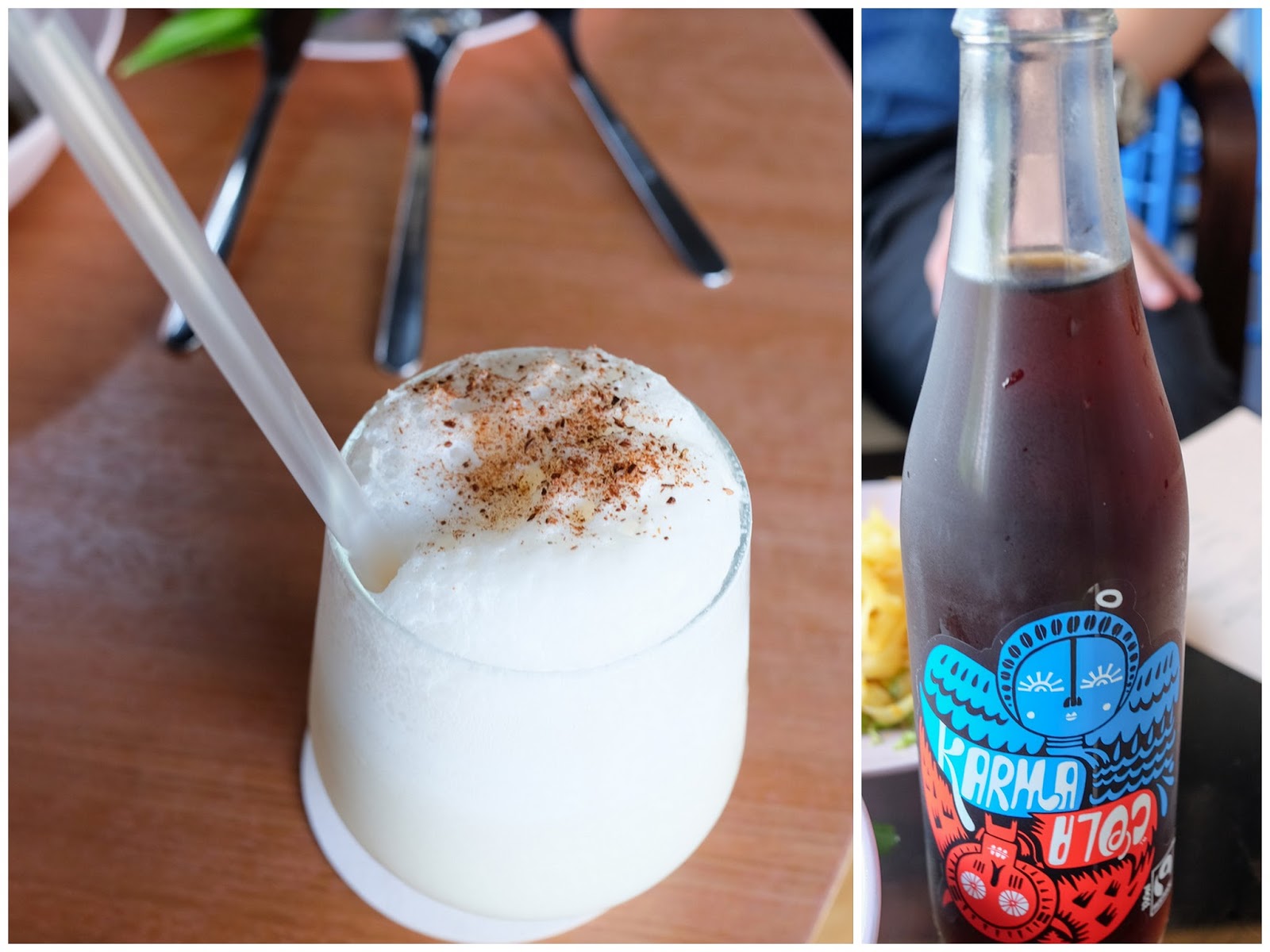 The fun & surprises extend to the cocktails: Colonys current consultant mixologist Xander has created a range that remains perceptively true to Colonys themes - The Englishmans Coconut is a cheeky, whiskey-fuelled riff on the legend that some British colonists loathed the taste of coconut water & needed to temper it with booze. Theres a playfulness in every potion, from the tuak-tinged Pineapple Cup to the Golden Coconut Water Gin & Tonic (with curry powder), Spiked Mango-Cinnamon Lassi to the Horlicks Ice Cream Float. Were looking forward to what Colony still has in store when its officially up & running (plans are now afoot for weekend brunches with a genuine twist). Many thanks to the Colony team for having us here. 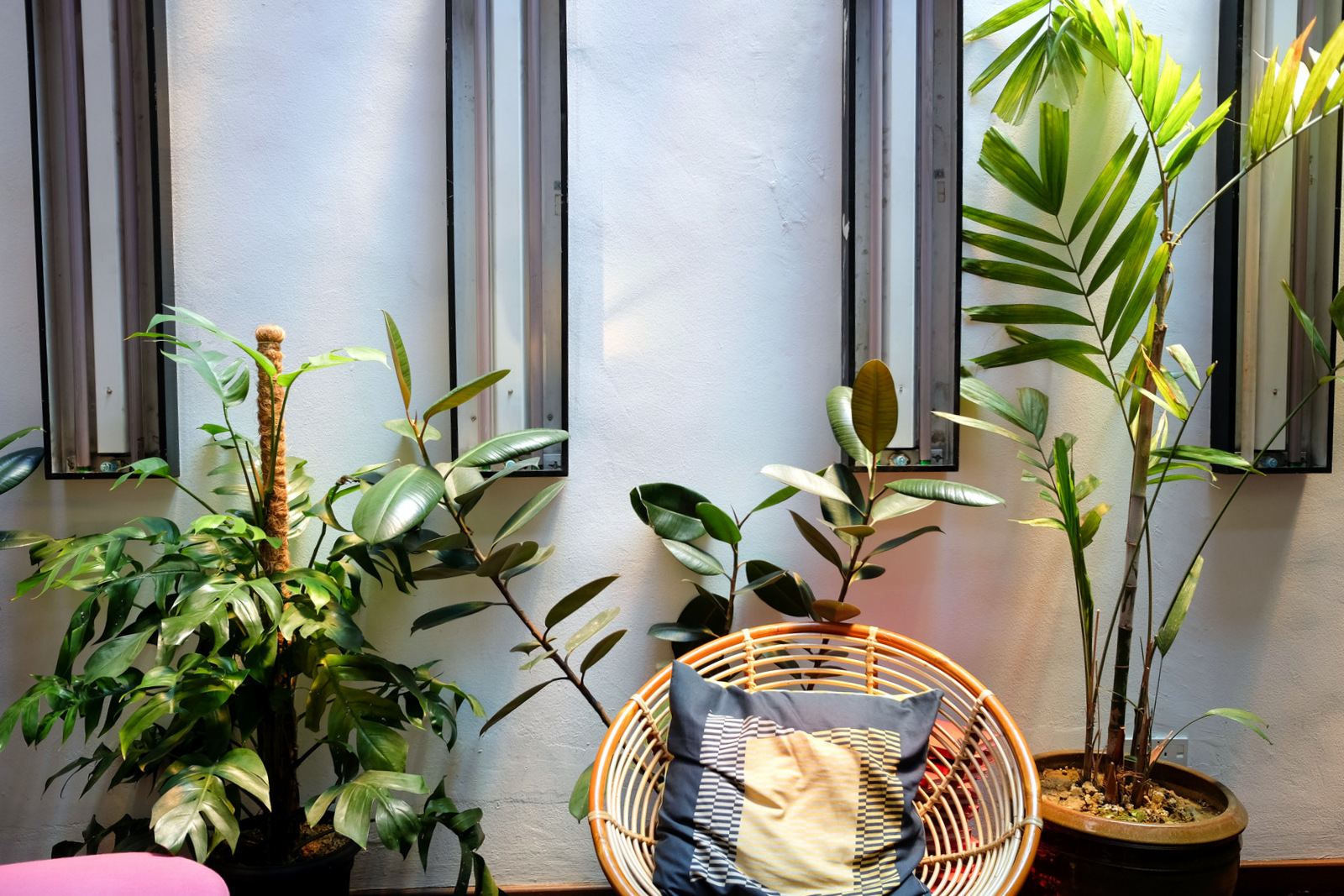 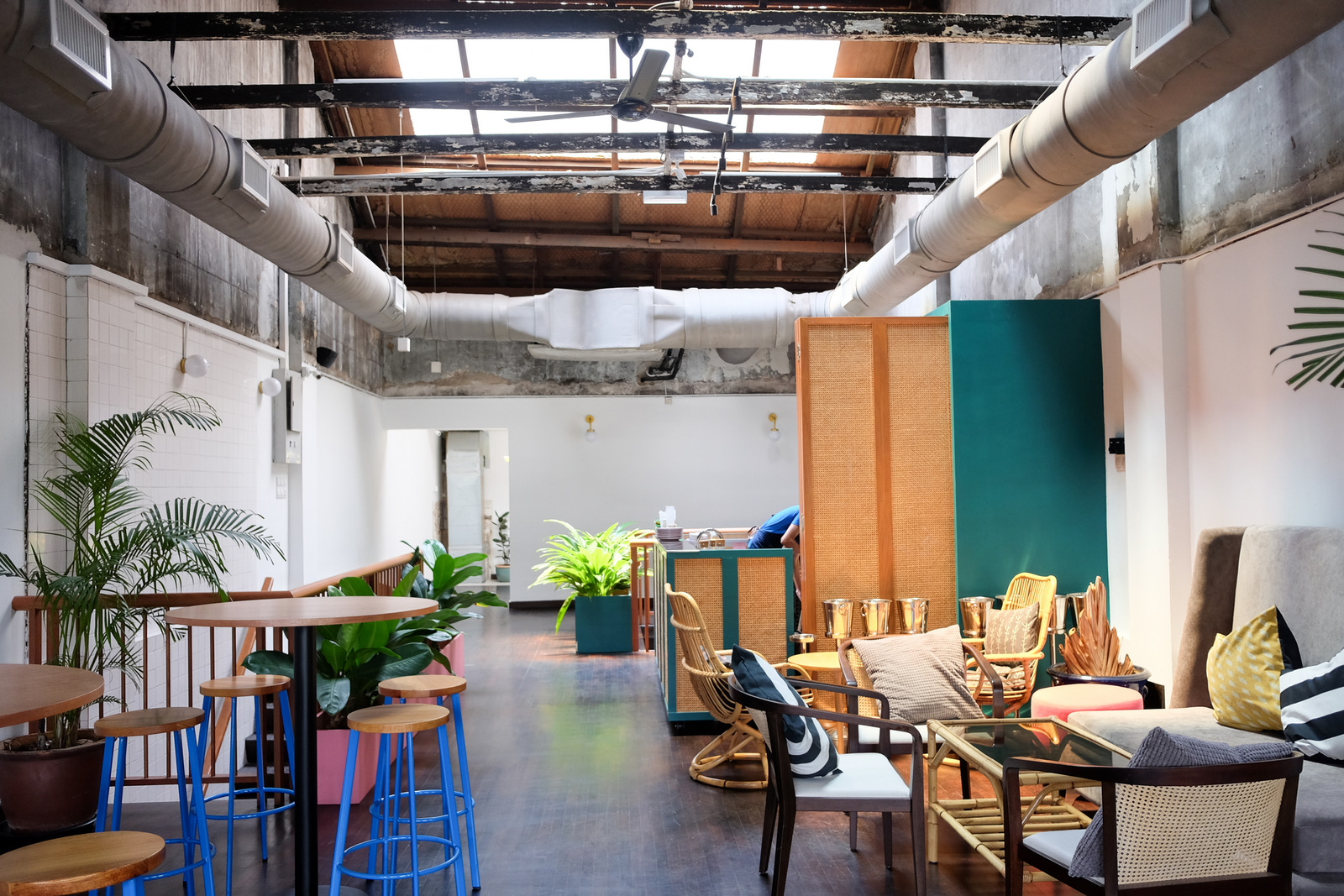 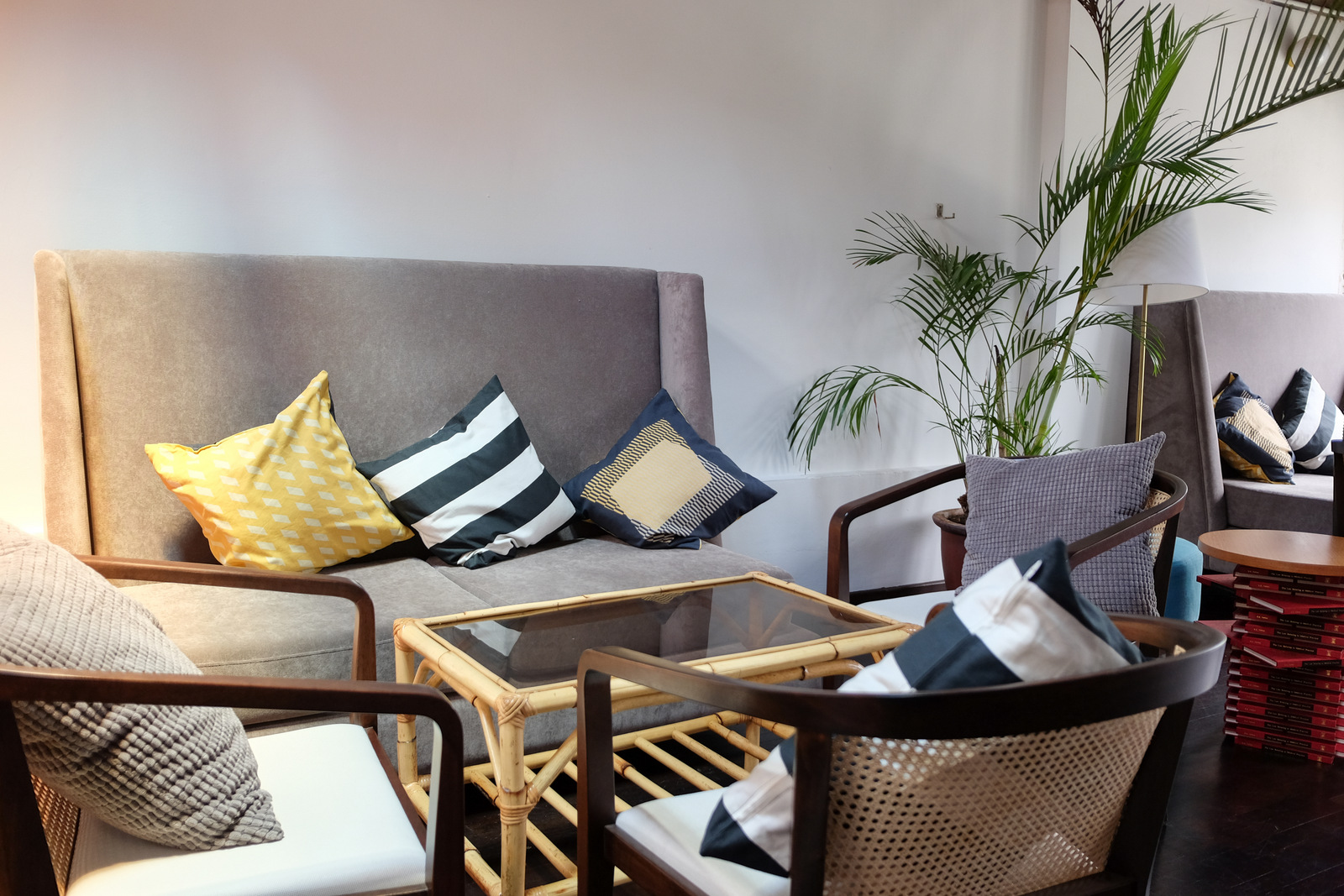 Stay up to date: The Eat Drink KL newsletter is sent by email to subscribers every Monday; its the Klang Valleys foremost weekly round-up of new restaurant openings, F&B promotions & other tasty tidbits. Subscribe to Eat Drink KL Weekly for free via this following link: https://confirmsubscription.com/h/d/5106C196432BB23D 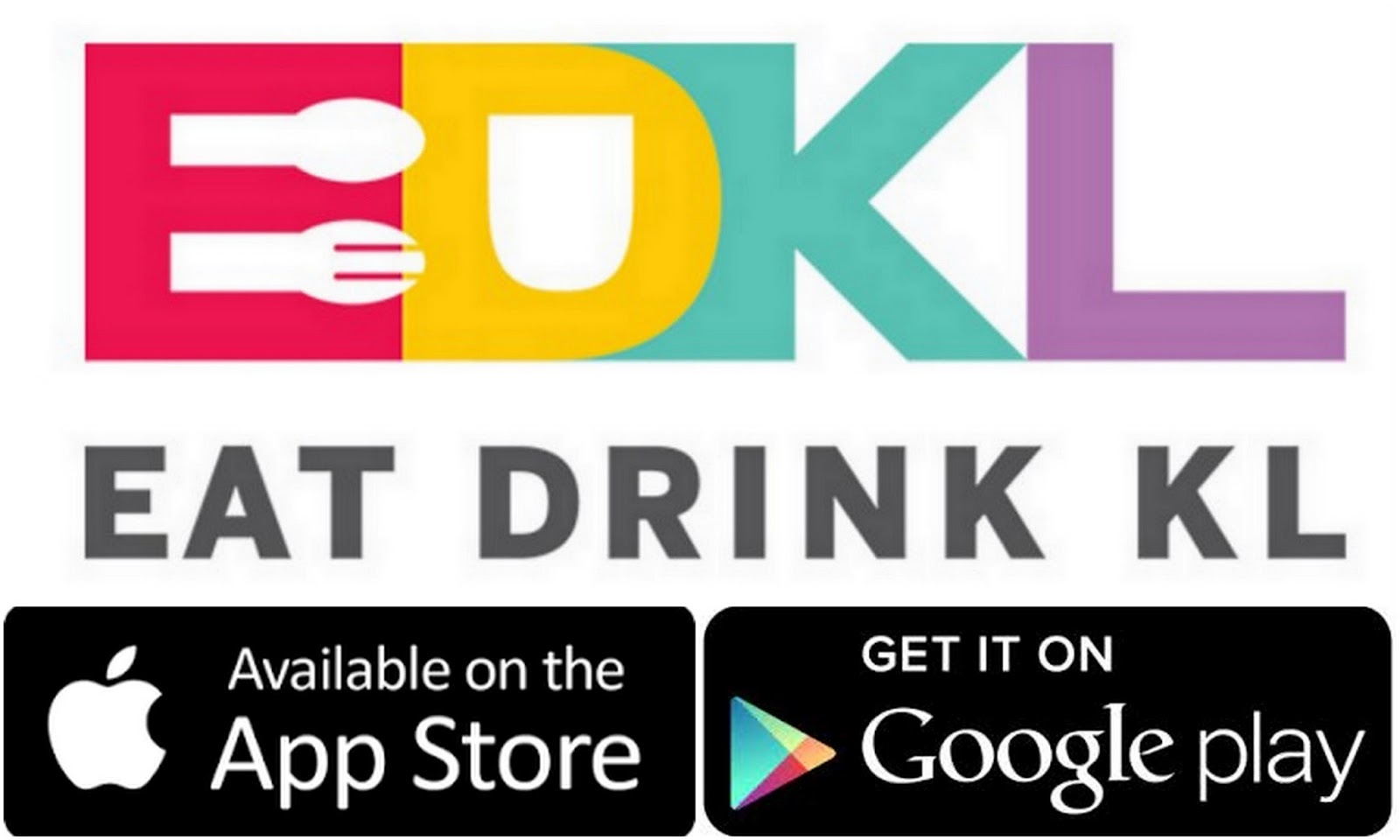 The Eat Drink KL mobile app is now available, connecting restaurants & customers to promote a positive spirit of community. Every restaurant on this app rewards users with a 6 percent discount, instantly & conveniently, everyday, all day long. In return, users share photos of their experiences at these eateries, creating a new community of restaurant lovers. For every transaction, at least RM0.10 will be channelled to a charity of the month.
For iOS: https://itunes.apple.com/my/app/eat-drink-kl/id958657326?mt=8
For Android: https://play.google.com/store/apps/details?id=com.eatdrinkkl.EatDrinkKL 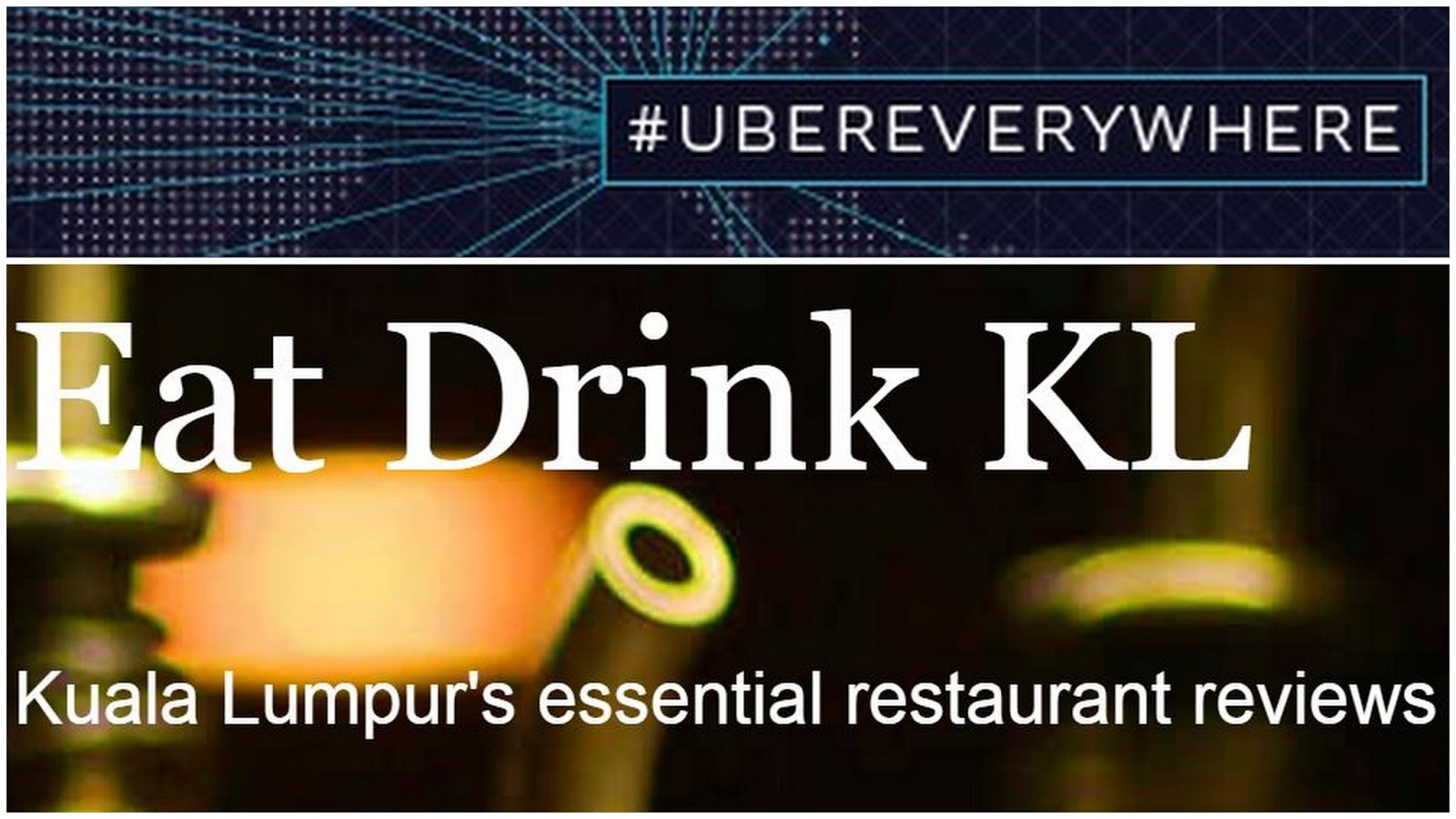 Buckle your seatbelts: Eat Drink KL is partnering with Uber to take restaurant lovers on new adventures across KL & Selangor! If you havent used Uber yet, its time to begin! For new users, just follow the steps below to redeem free rides:
1. Download the Uber app from the App Store, Play Store or Windows Store - and register your Uber account.
2. Apply the code EATDRINKKL as your first promotional code & youll receive 2 Free Rides worth RM30 each.
3. Request a ride through the app and ride for free to any destination (with two ride values of up to RM30 each).