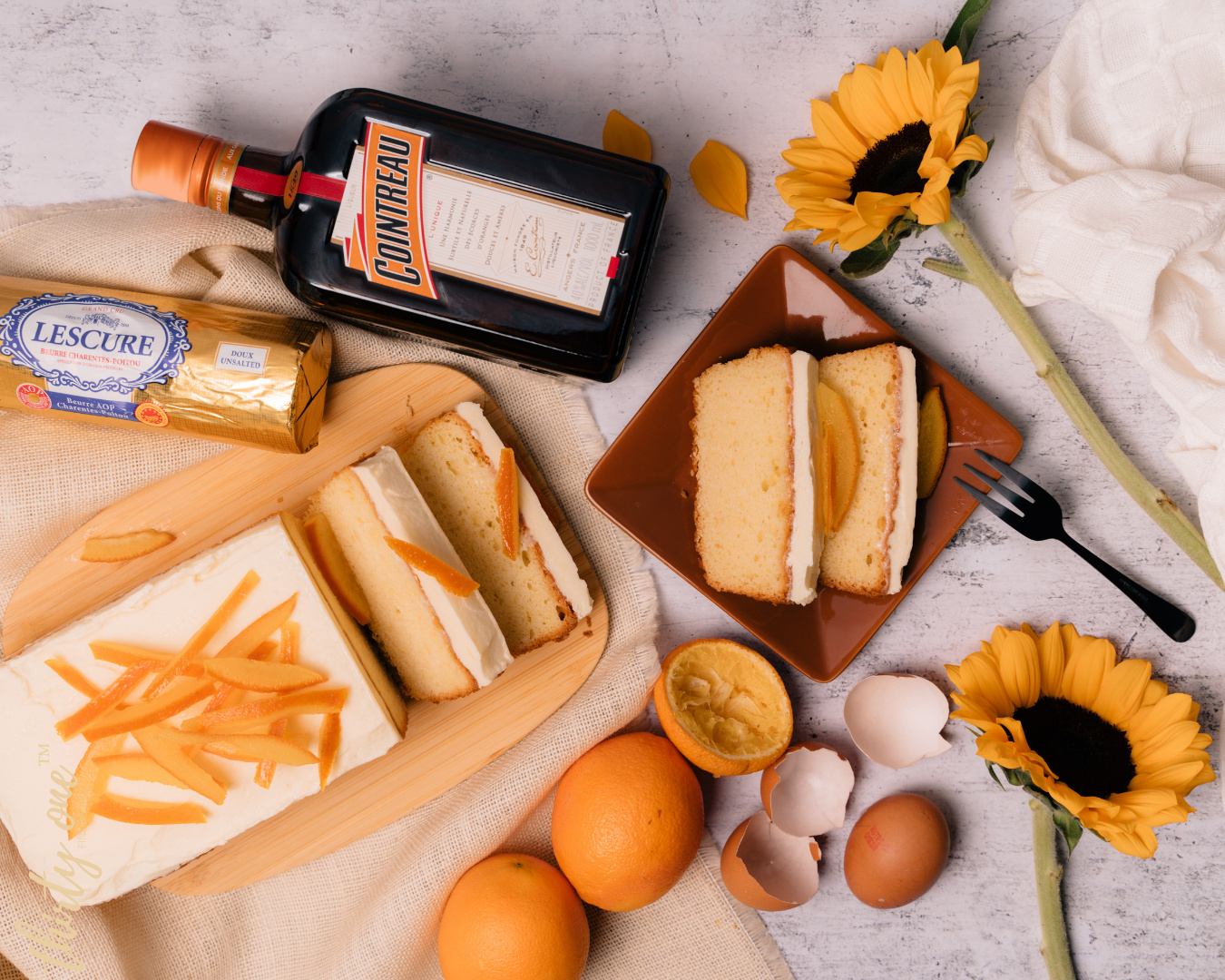 More than half a cup of Baileys, splashes of Malibu, limoncello and Cointreau: For Thirty One Fine Bakes, these won't be liqueurs for a cocktail but the ingredients that make its cakes extra-decadent, for a dessert affair to remember.

Baking with booze sounds like a surefire way to lift the spirits, which has special resonance because of how Thirty One Fine Bakes was born. Its founder had fantasised about embarking on her own home baking business for a full decade, but it wasn't until she lost her job in April along with thousands of other Malaysians that she pursued it with all her passion.
Thirty One Fine Bakes was launched in August this year, but its founder has been baking since childhood, helping her mother in their household kitchen. When her mom passed away, she became the de facto baker for her entire family, crafting treats for festivities, including an annual Diwali cake.
What makes these bakes extra fine is her personal philosophy: She believes there’s more to the magic than basic, by-the-numbers cake and cream. She loves textures, she loves layers, and she won't say no to a responsible serving of alcohol to elevate the enchantment of each luscious slice. Thirty One Fine Bakes is the culmination of a dream, but its cakes are also the creation of dreaming - or more specifically, daydreaming. Its founder spends time pondering how to combine elements of sweet, sour and bitter to conceive a cohesive cake.

One day, she was sitting on her sofa, staring at her plant, contemplating how to widen her range of chocolate cakes. That's when the Baileys Chocolate Cake dawned on her - it has since become her No. 1 best-seller..

She insists on the best ingredients for her products, without an ounce of skimping. Belgian Callebaut chocolate, with its high cocoa butter content, is the foundation for a complex cake that's buoyed by more than half a cup of Baileys Irish Cream. As she says, "you'll know there's Baileys in this" - indeed, in the ganache, the frosting, and the gooey centre. If you love premium alcoholic cakes in their full glory, this is one to order (RM197.70 for a six-inch cake). Thirty One's Malibu Hummingbird Cake (RM174.90 for a six-incher) abides by a similarly successful formula. Take an already terrific cake - in this case, the classic spiced banana-and-pineapple cake - and add in the alcohol that pairs best with it. Half a cup of Malibu Caribbean coconut rum has been channelled into the frosting and the pineapple compote - perfect for a tropical, beach-friendly bake that evokes feelings of watching the sun set on the ocean with a cool drink in your hand. The Raspberry Limoncello Cake is inspired by the founder's trip to Italy, where she observed how the locals drank limoncello with gusto. She realised the southern Italian lemon liqueur would vibrantly enhance a tangy cake, so she made a vanilla bean lemon cake with a fresh raspberry filling, bolstered by another half cup’s worth of limoncello for a zestier curd and frosting (RM188.95 for the six-inch). 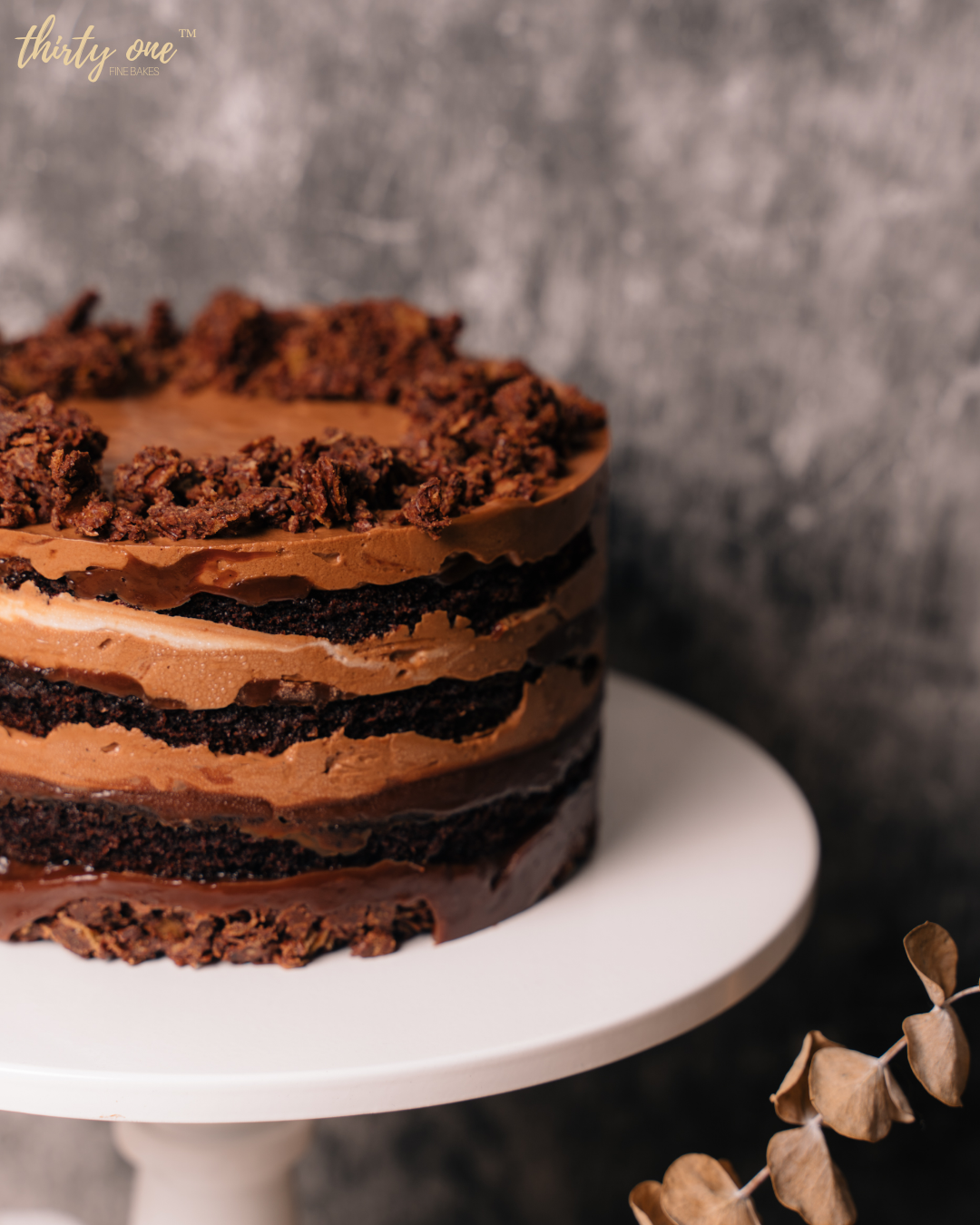 While most of Thirty One Fine Bakes' greatest hits are liquor-laced, you'll also find virgin options. Notably, there’s the cake that she used to help her mother bake, the Peanut Butter and Chocolate Cake, a can't-fail combo of fudgy chocolate cake, peanut caramel crunch and almost gratuitously thick peanut butter frosting (RM158.20). This would be a smash for celebrations, which is why she makes it for her own family every year during Diwali.

The non-alcoholic version of the Baileys cake is also a crowd-pleaser, the Belgian Chocolate Cake, which stacks chocolate cake, ganache and crunchy Callebaut bits for a popular perennial (RM191.05). If you like cake loaves, the Gianduia Banana Loaf with Thirty One's own handmade gianduia (the non-commercialised equivalent of Nutella) is a should-try, with its balance of fruity and nutty components. But we also can't resist the Cointreau Orange Butter Loaf, with its blend of delicate French Lescure butter, fresh oranges and Cointreau (though a non-alcohol version is also available), yielding a mature flourish to beautiful butter cake memories.

All in all, Thirty One Fine Bakes promises about a dozen varieties of cakes, which should be ordered at least three days in advance and are best consumed on the delivery date (get your orders in early, as Thirty One Fine Bakes is currently booked up for most of November). Complimentary candles are provided; cake toppers can be recommended for extra decorations.