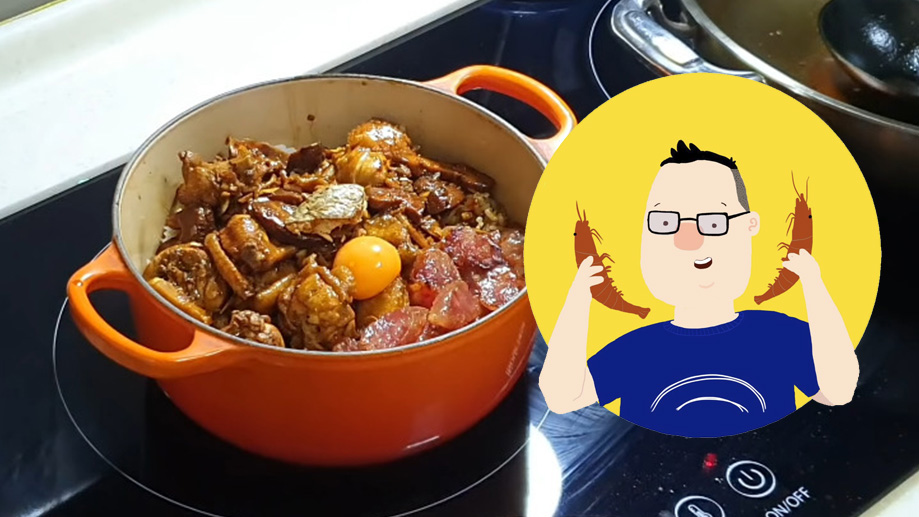 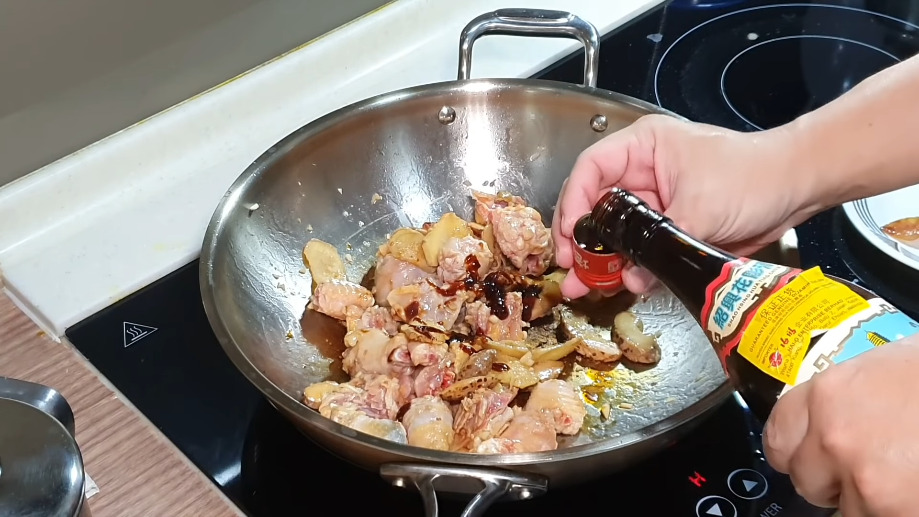 Social distancing is in effect, but we're not going to be too distant from your screens: For the next several days, Eat Drink KL will be sharing recipes from Malaysian home cooks that you can prepare in the comfort of your own kitchen.

Our first recipe comes from Taman Desa's very popular Cooking Ah Pa, who publishes multiple videos each week. Today, we'll look at his method of cooking claypot chicken rice with a "zero-failure method," relying on the equipment you might already own. 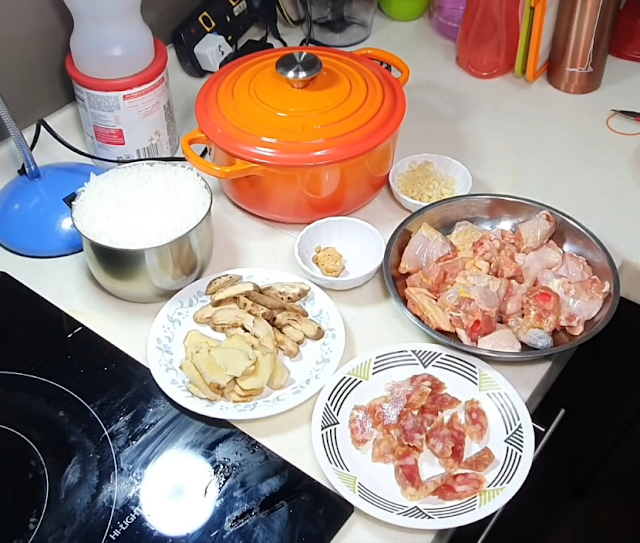 You'll need a wok, a cast-iron pot, and the following ingredients:

Ginger (Ah Pa prefers Bentong ginger, but any ginger will do)

Cooking Ah Pa prefers steamed rice as he cooks for a small family, so he steams one cupful. For this video, he has cooked it separately. 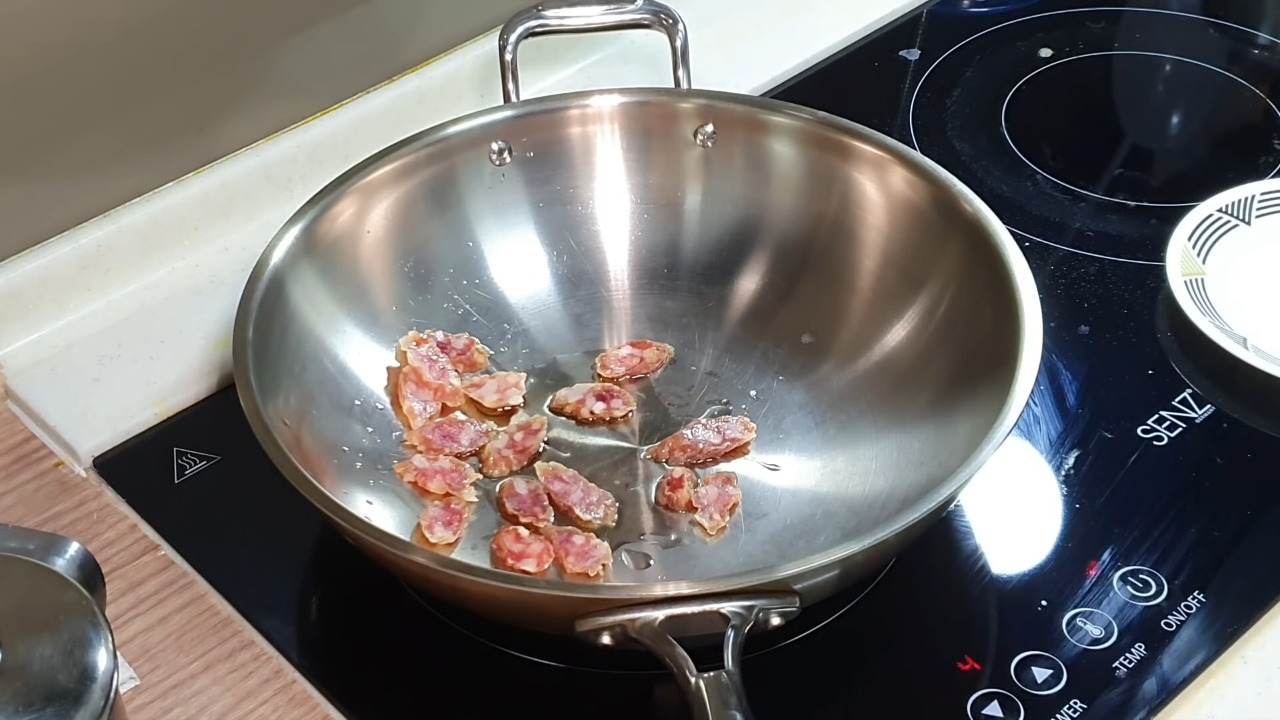 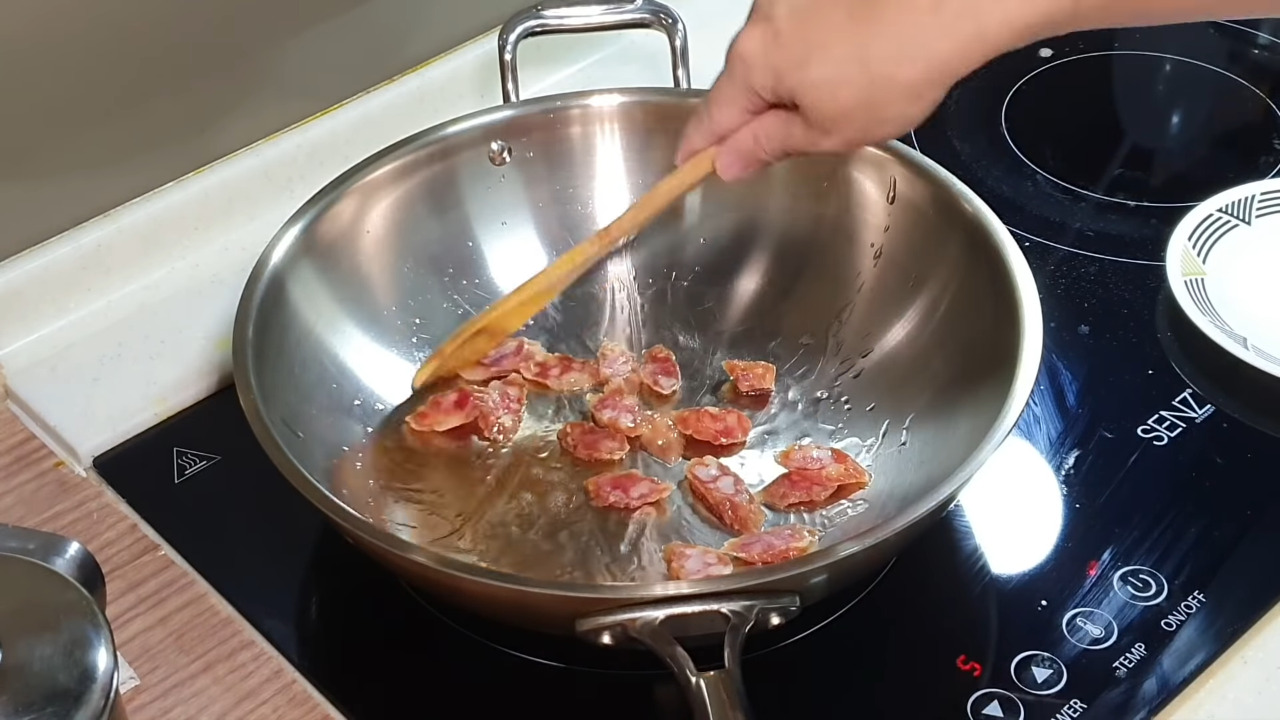 Pour some oil and pan-fry the Chinese sausage for a minute or two in the wok, until it turns colour with a slight char. Remove when done. 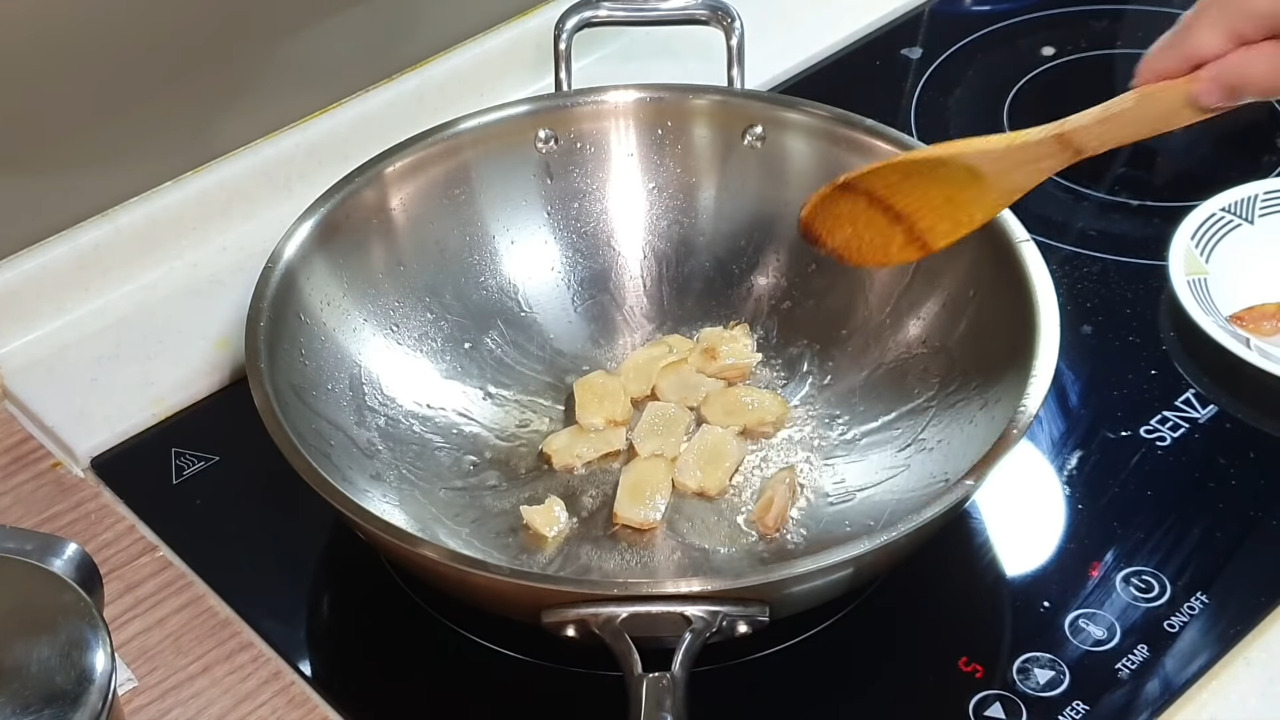 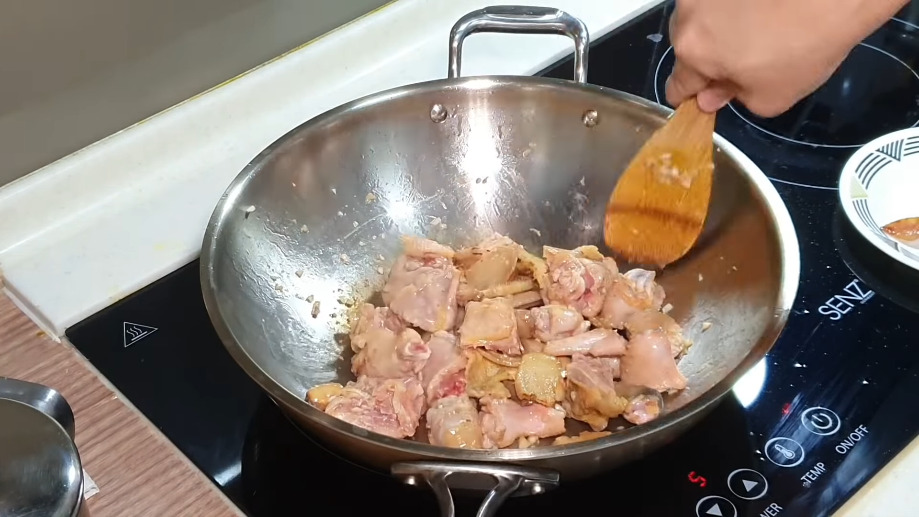 Now use the same wok, put in some oil and saute the ginger. Then add in shiitake mushrooms. When in contact with hot oil, its strong flavour will be released. Once you can smell the fragrance, add in garlic, then add in marinated chicken. 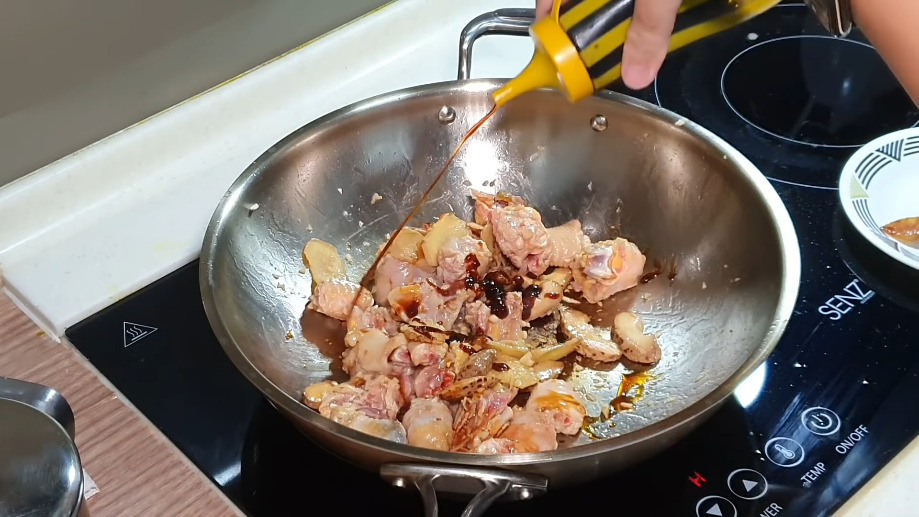 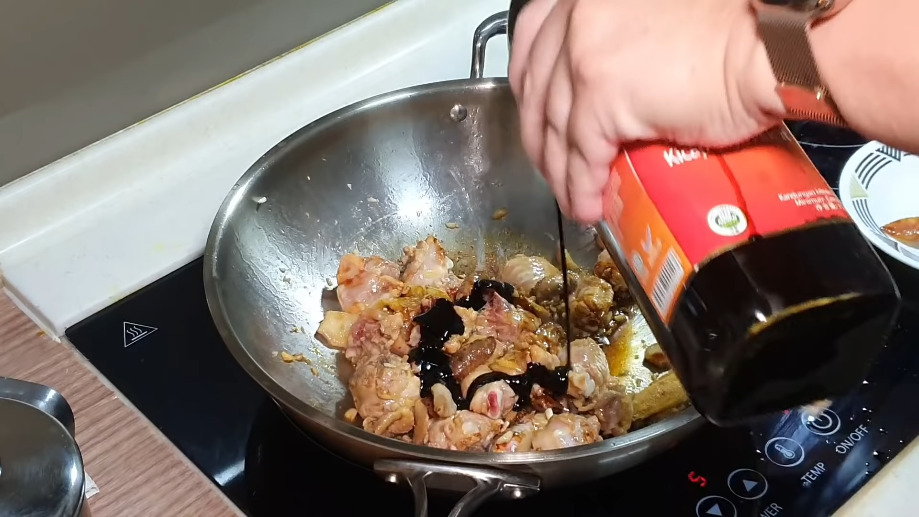 After awhile, turn down the flame to add in:

1 to 2 tbsp of oyster sauce

1 bottle cap's worth of Shaoxing wine

2 tbsp of dark soya sauce for a nice caramelised colour

Then turn the heat back up and continue mixing. It should be a good, deep brown at this point, though colour is dependent on what soya sauce you use. 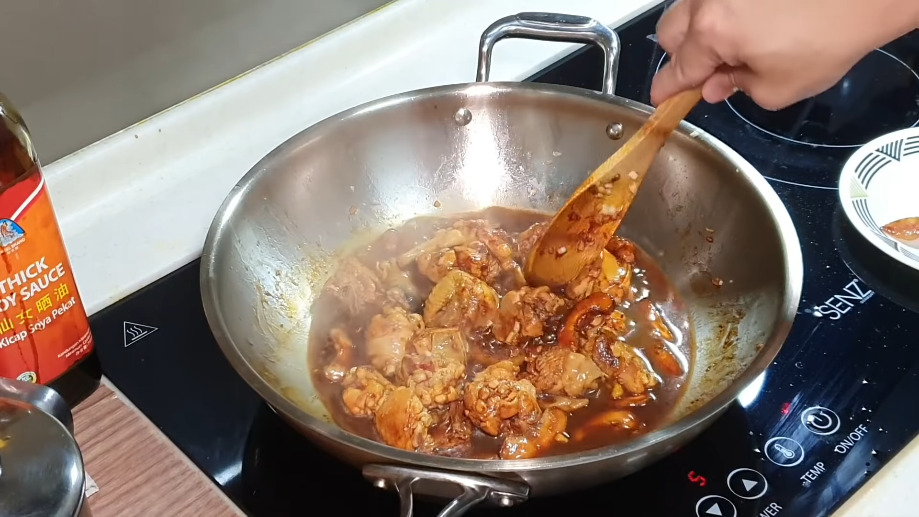 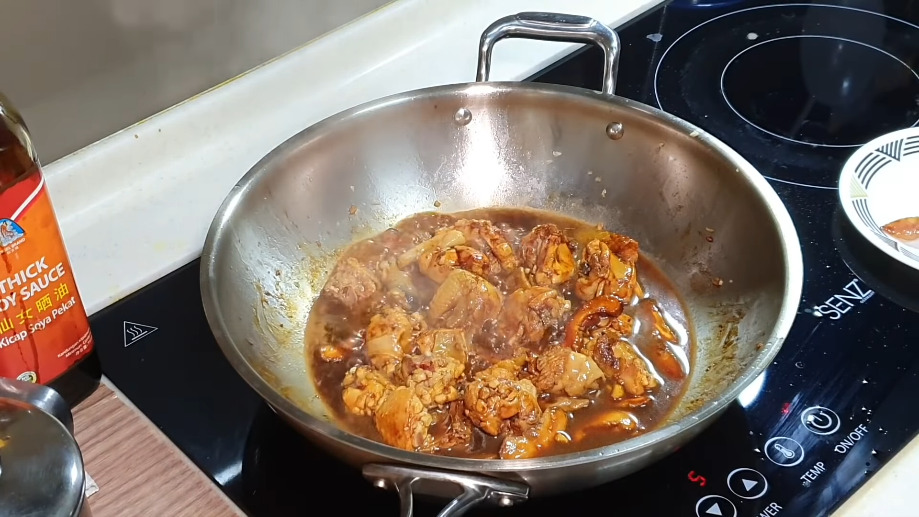 After a short while, add in hot water or the water you used to soak the shiitake mushrooms, and stir until it's boiling. 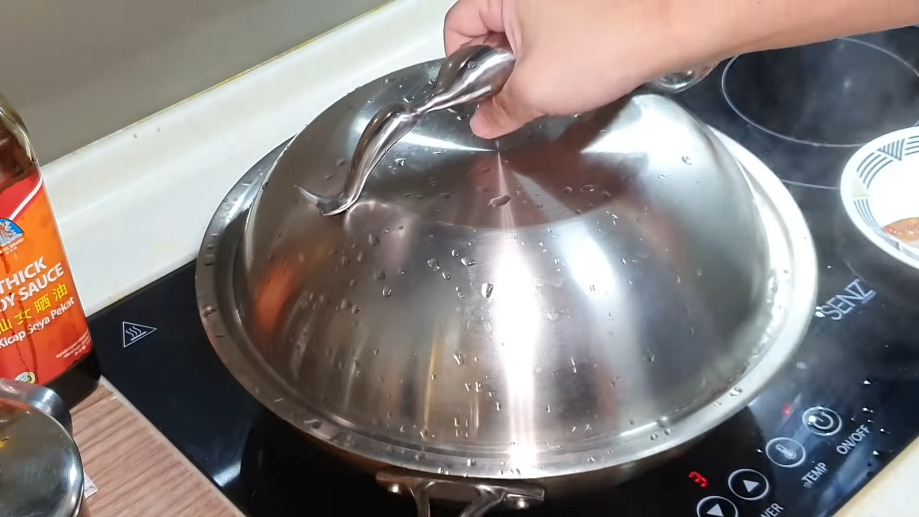 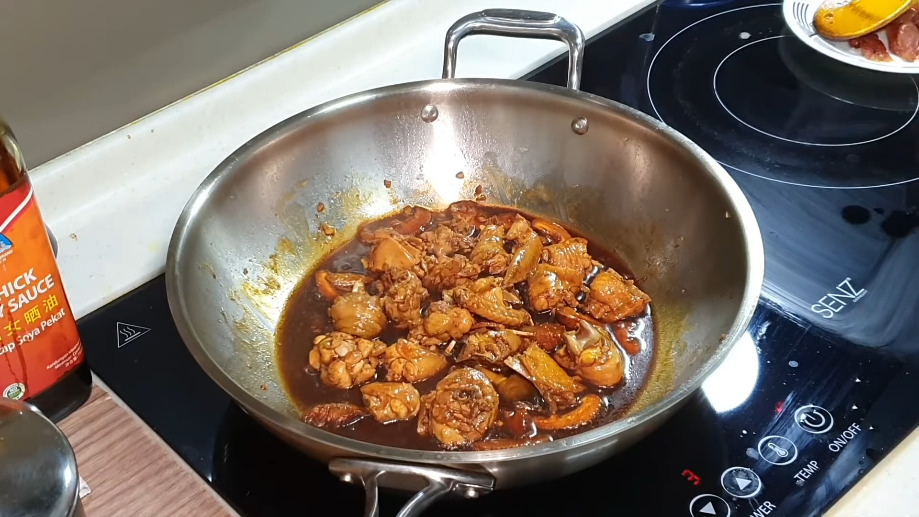 After it cooks for a short, turn the fire to medium low and close the pan. Leave it for about 10 minutes to simmer. At this point, all the ingredients should be fully cooked and will be swimming in broth. Add some final seasoning with pinches of salt, sugar and black pepper, and stir. The chicken is finished! 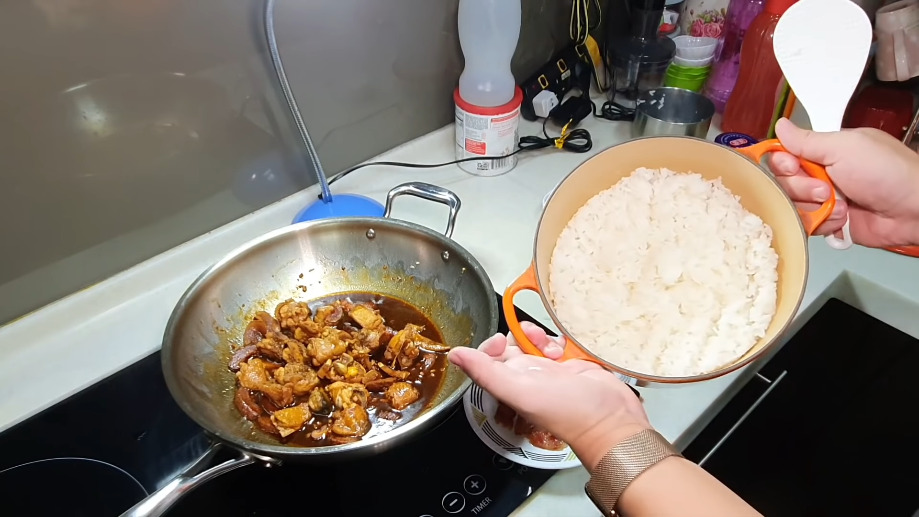 Now you should have the cooked chicken, Chinese sausage, steamed rice, and if you want, salted fish. 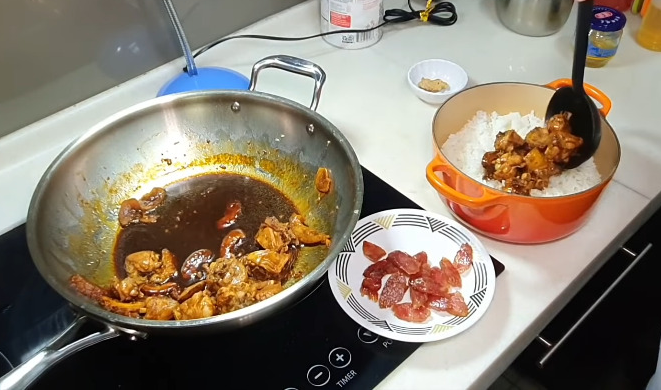 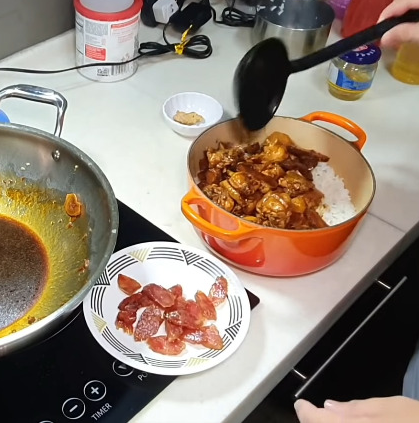 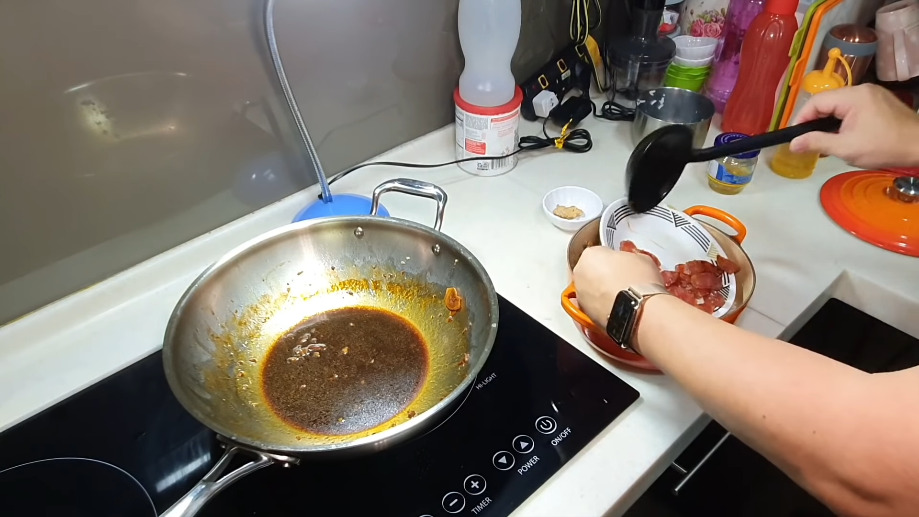 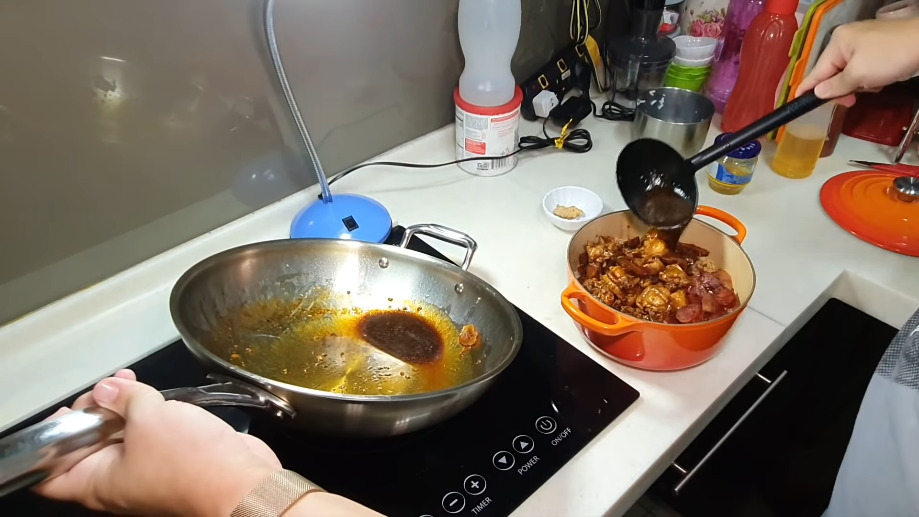 Next, put in the chicken, then add in the Chinese sausage on one side. After that, mix in the gravy and add a bit of white pepper. 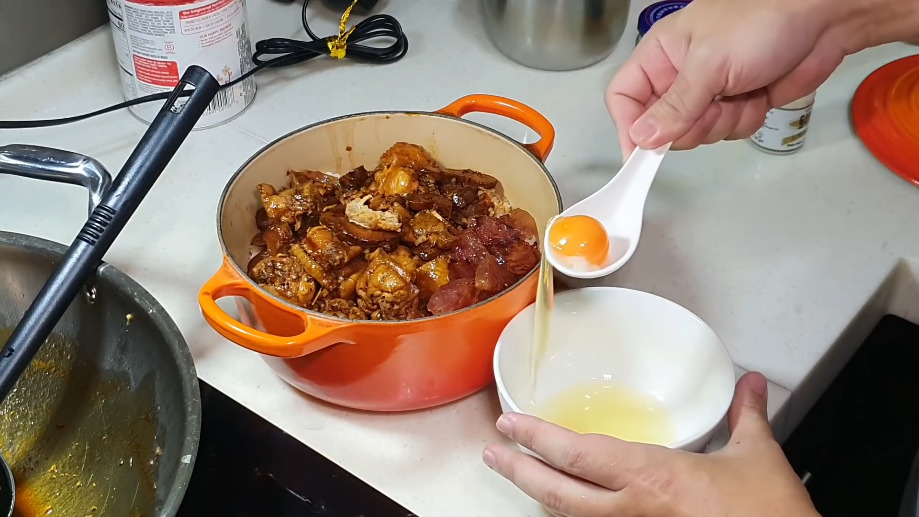 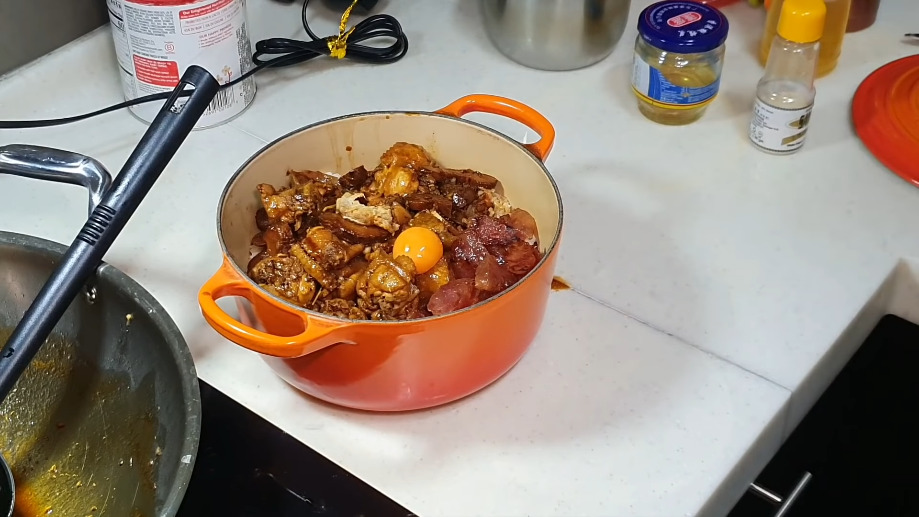 If you want them, here's where you add salted fish and an egg yolk. 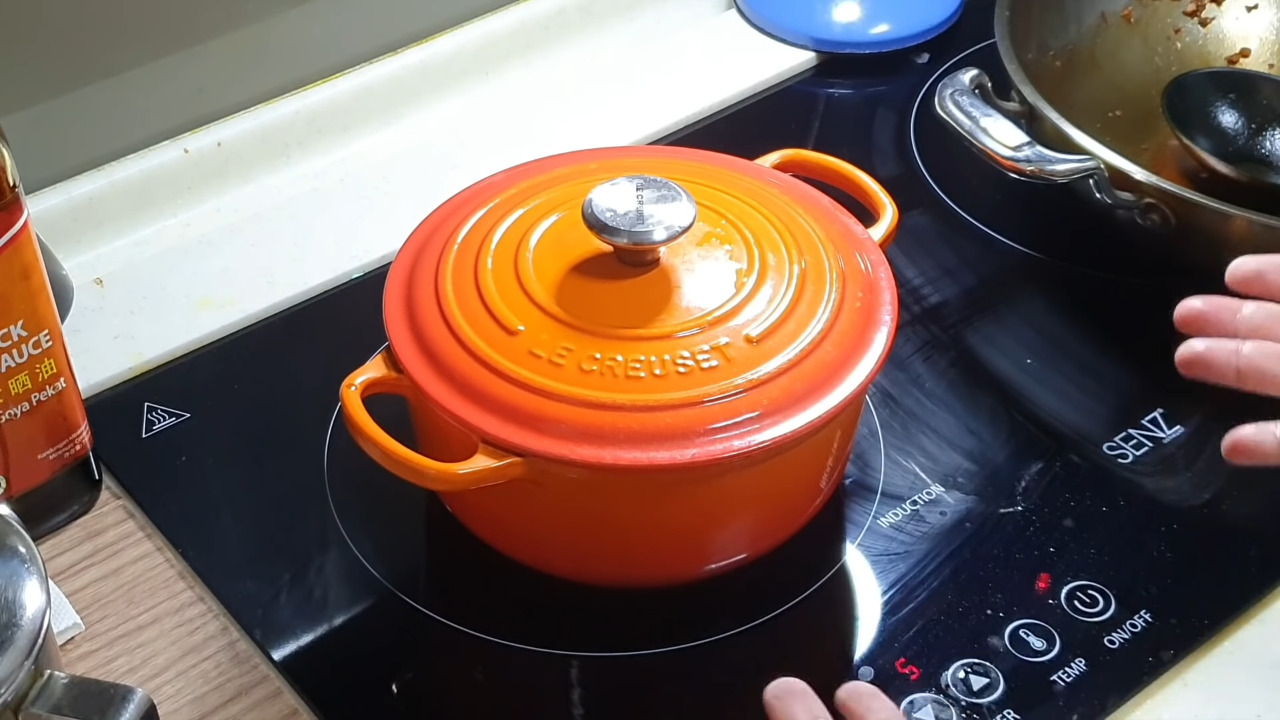 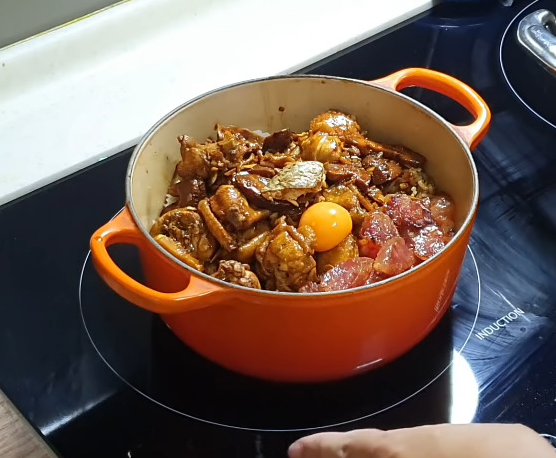 Cover the pot, and put it under medium fire to sizzle for about a minute, to create that hardy crust under the bottom, like how it would be served in a claypot. 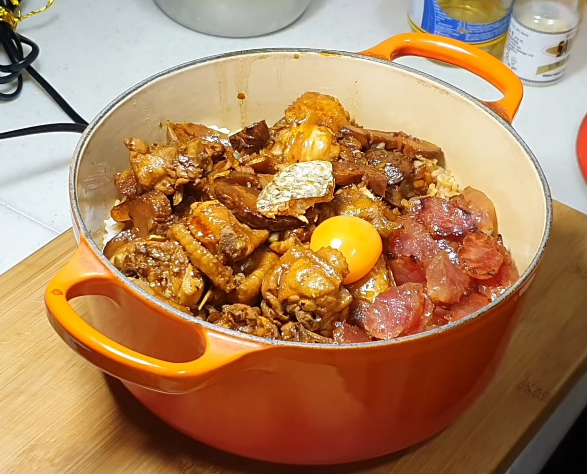 And with that, it's done! Serve the meal and enjoy.

The original full video can be found HERE. If you enjoy his cooking, please subscribe to Cooking Ah Pa on YouTube to keep up to date with all of his recipes!

Many thanks to Cooking Ah Pa for agreeing to share this video with us! 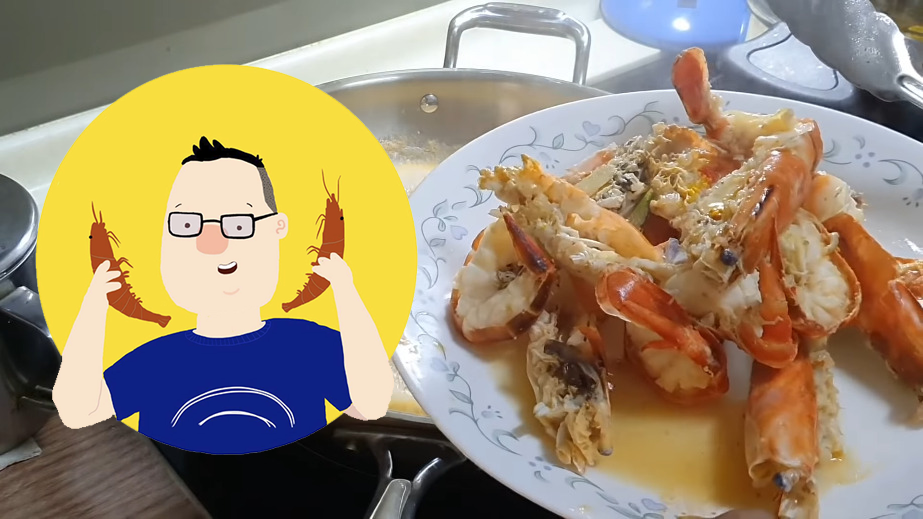 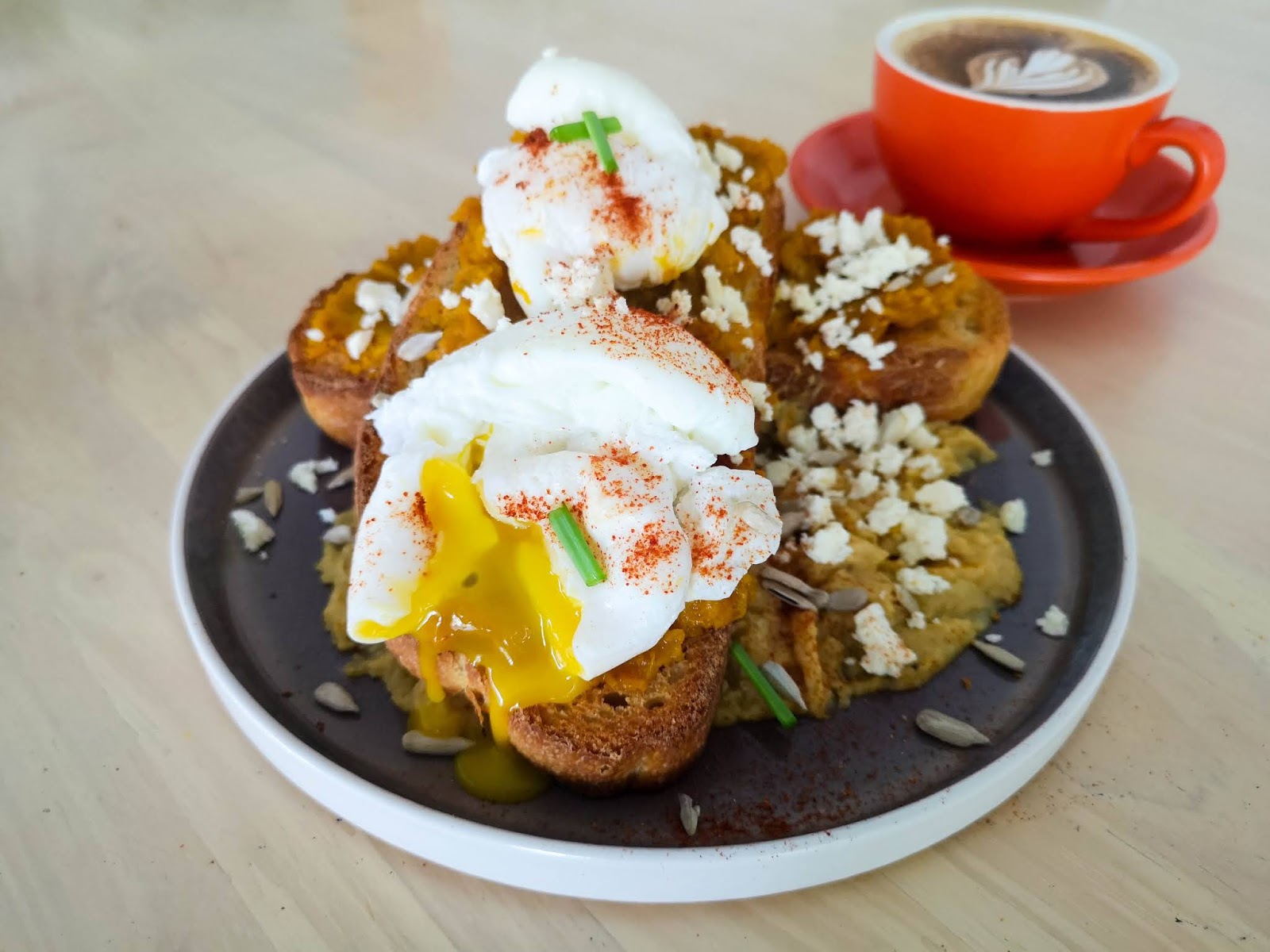 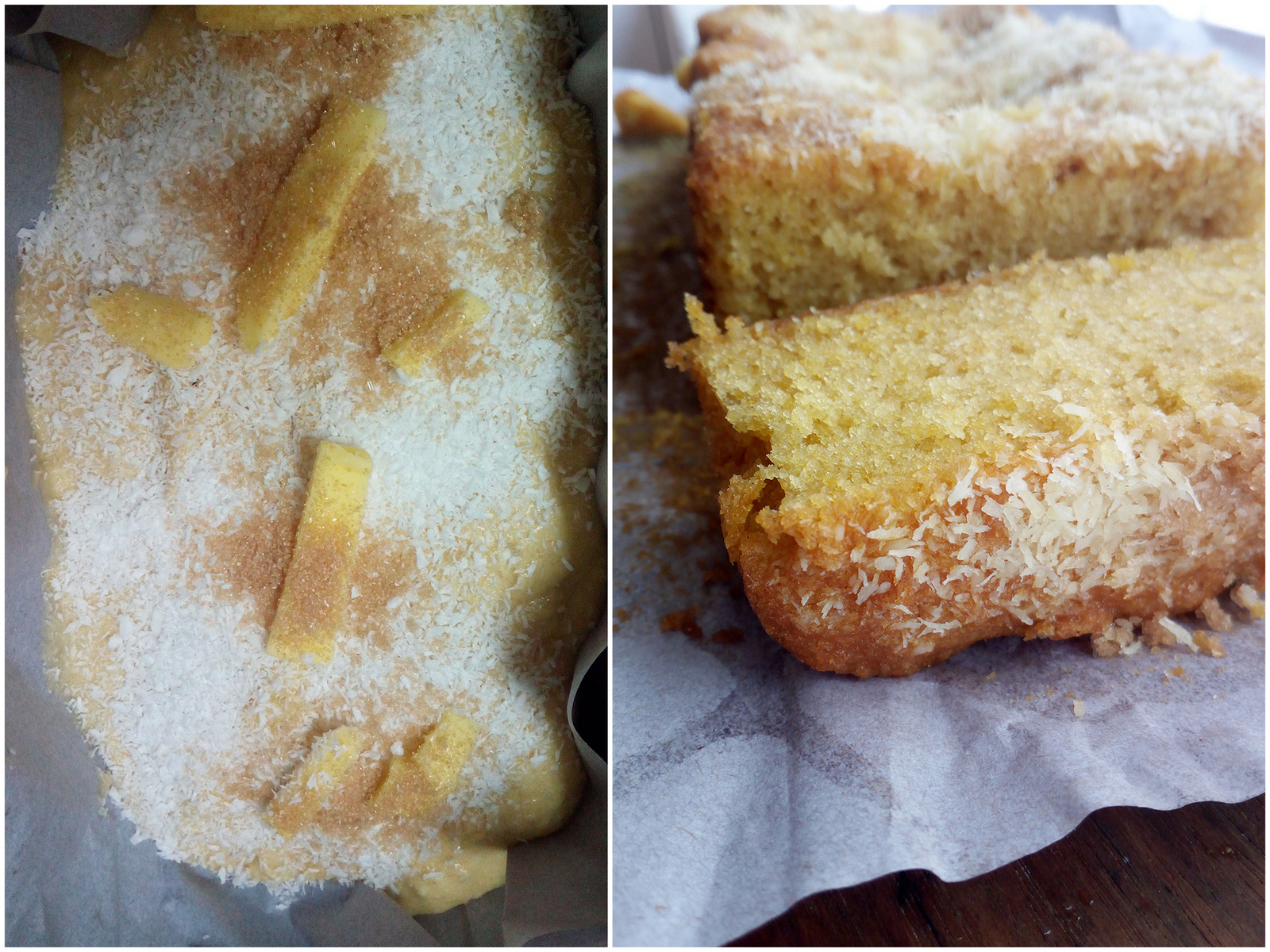 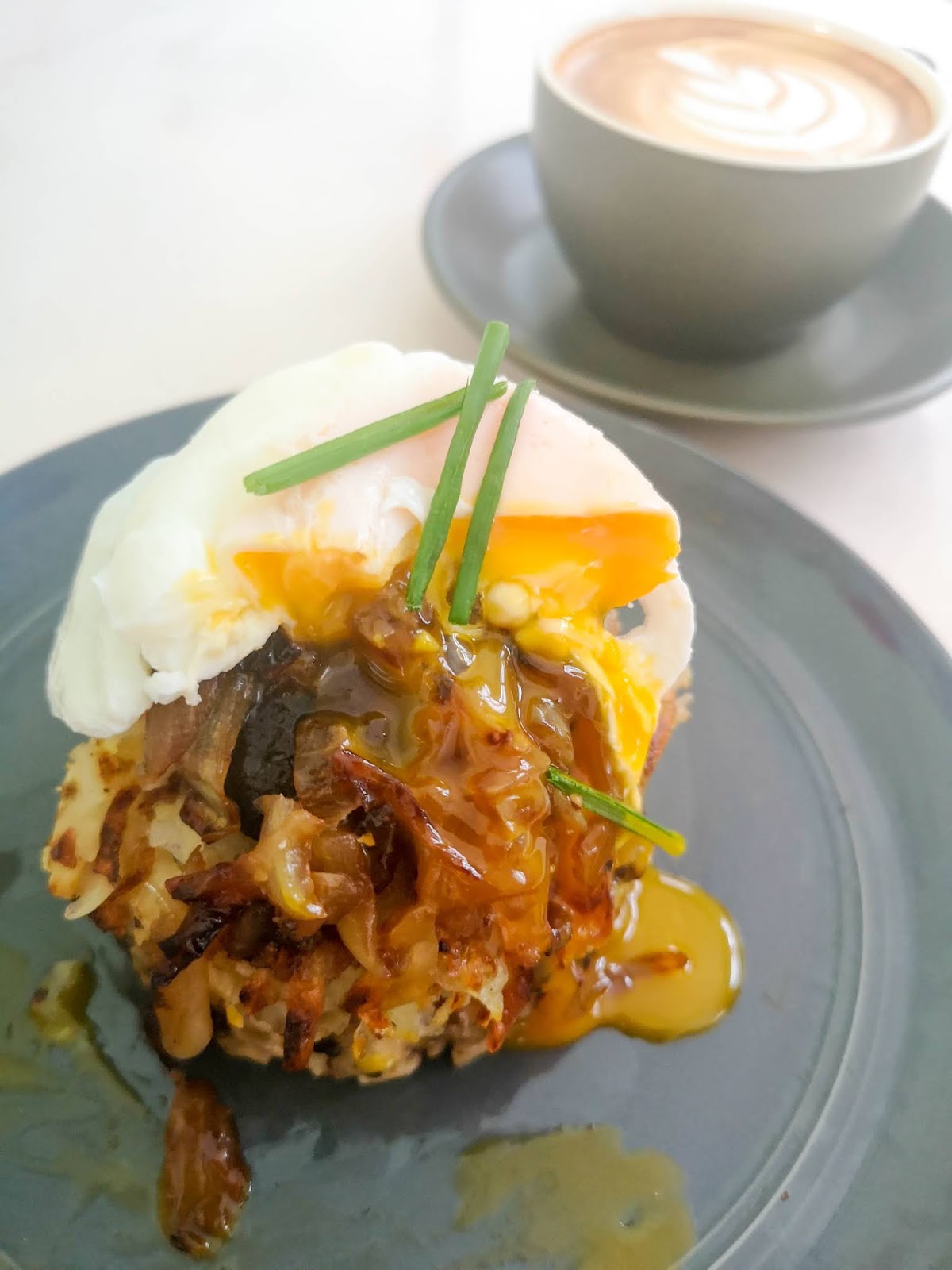