Shoyu paella, shoyu tacos & shoyu cendol: How Shoyu Bros made a magical splash in our meals 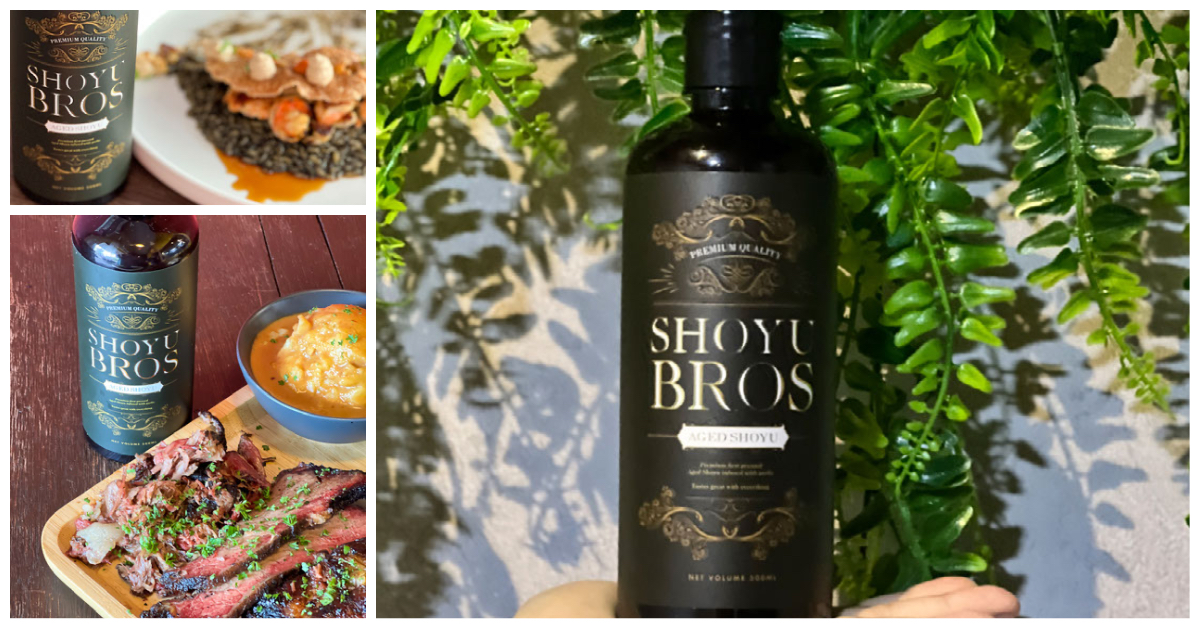 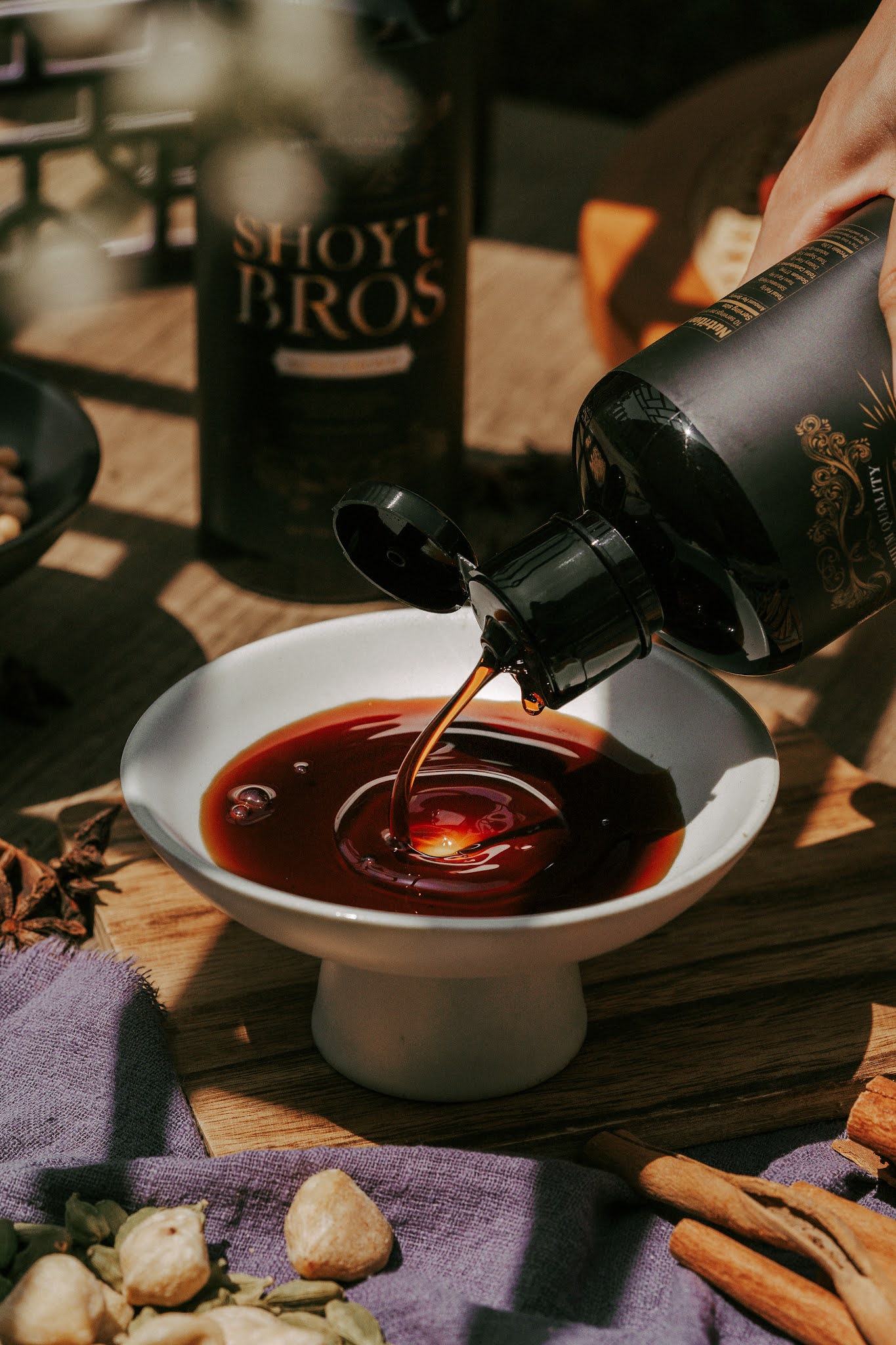 If you've recently seen someone at a restaurant with a black bottle of shoyu, splashing it over everything from gnocchi to burgers to ice cream, that might have been us!

Shoyu Bros is our new obsession - this Malaysian-made, Japanese-inspired soy sauce is one of a kind, crafted with Canadian non-GMO soybeans, infused with wild garlic, imbued with a fragrance and flavour that evoke the woodiest mushrooms, with a gently sweet base that tempers its MSG-free savouriness.

It's no surprise that one of Shoyu Bros' two founders is a creative Malaysian chef whose specialities span togarashi-spiced stingray fin, yuzu-laced oyster omelette and fugu karaage with ponzu. That sense of layering recipes with delicate, distinctive dimensions is the soulful heart of Shoyu Bros, offering a magical twist on a conventional condiment. Order at shoyubros.com 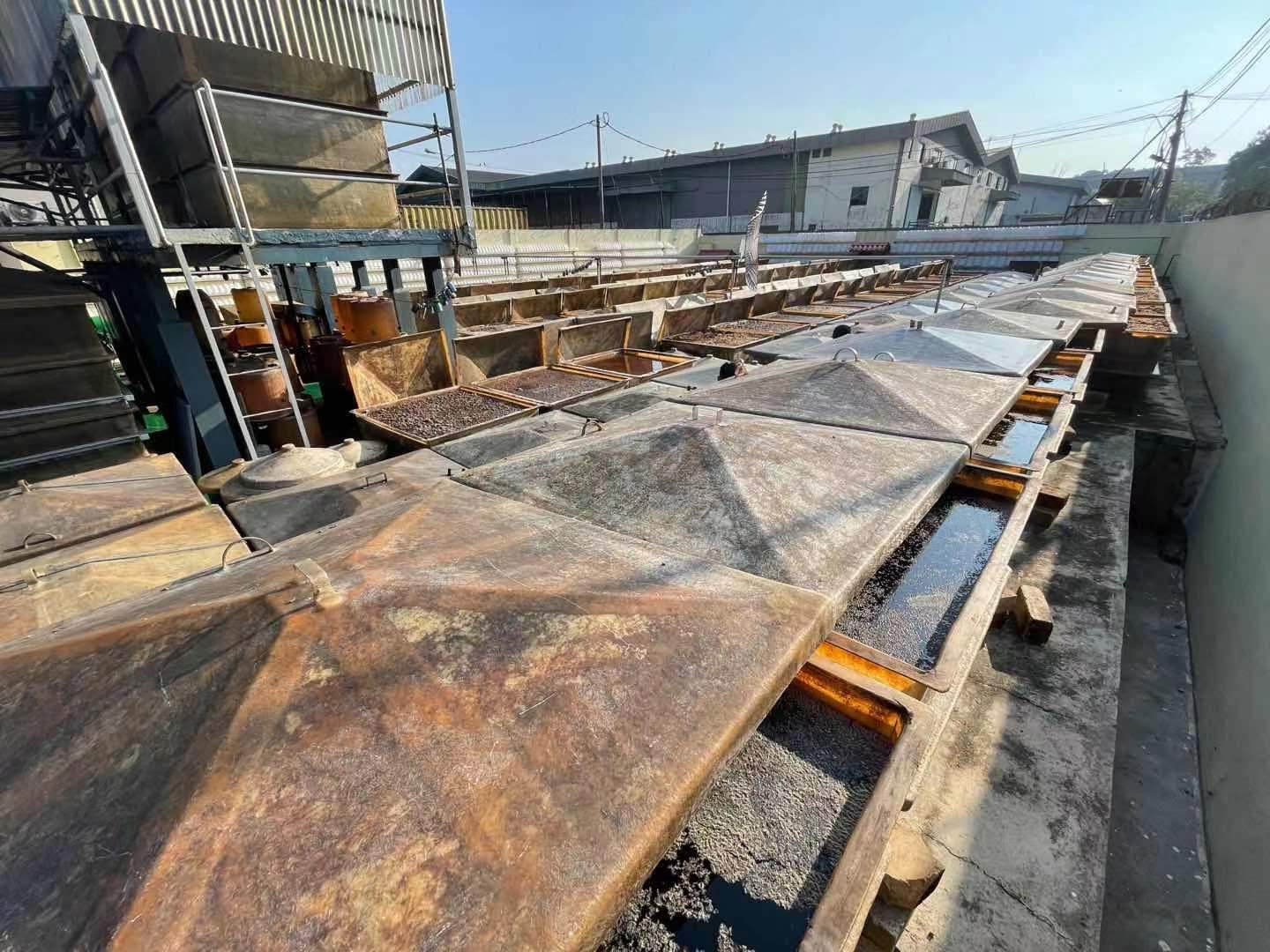 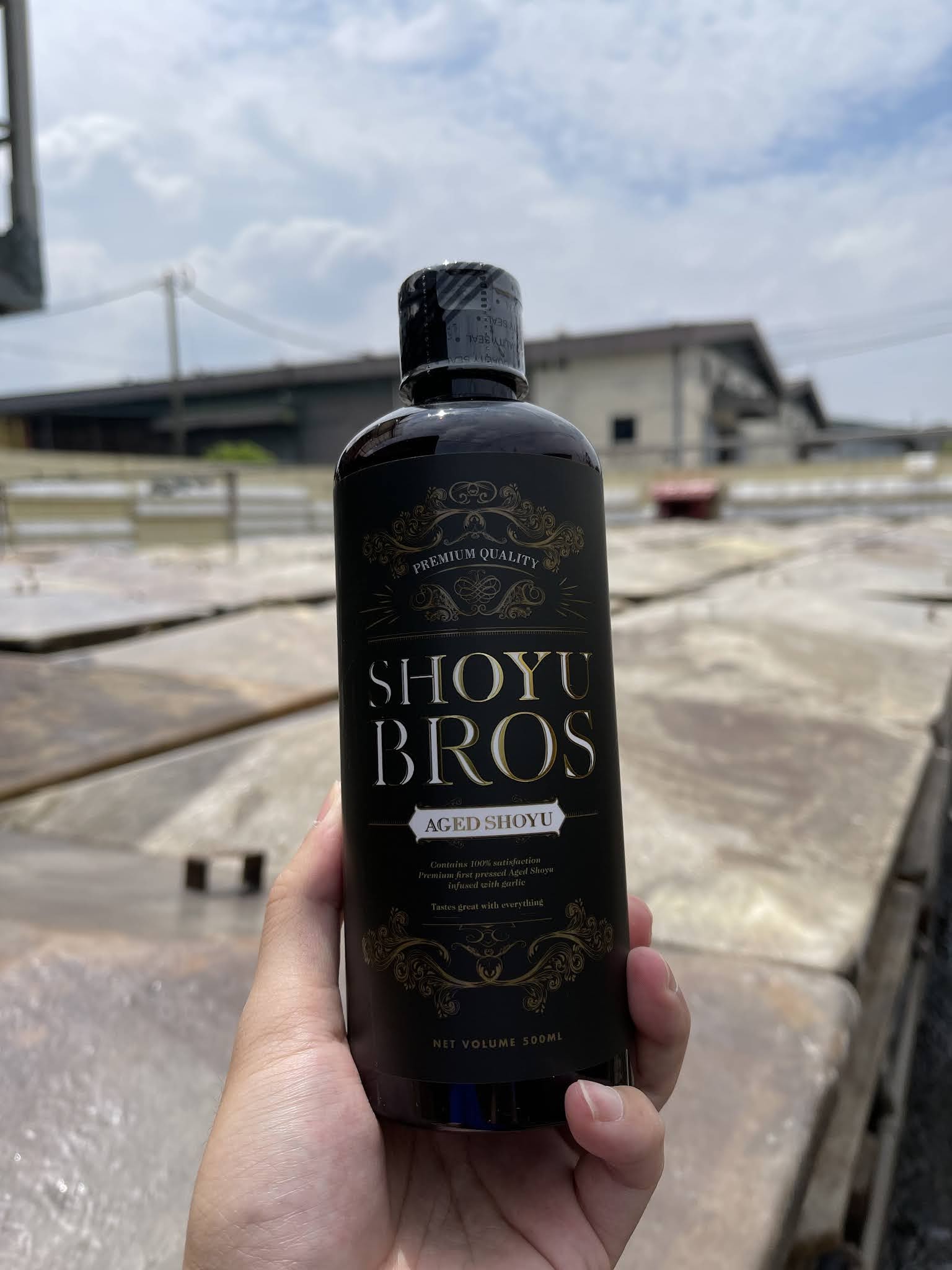 Shoyu Bros is barely over a year old now, launched in November 2020 by Bryan Tan, who helms the kitchen at Damansara Perdana's Rare The Food Co, and Ley Vin Khoo, a business development manager.

They poured months of fine-tuning into their product, premised on Japanese shoyu, naturally brewed.

This is also first-draw soy sauce, extracted from the first brewing, delivering more depth, equivalent to extra-virgin in the world of olive oil.

Shoyu Bros adds a wildcard into the recipe - wild garlic - and ages the sauce for nine months under the sun. The result is artisanal alchemy; instead of tasting unmistakably garlicky, the sauce yields an elegant earthiness, sultry but soothing, potent but not pungent, its soft umami underlined by a sensuous smoothness, with a scent that's like a chef poured half a bottle of truffle oil into a bowl of shoyu ramen. 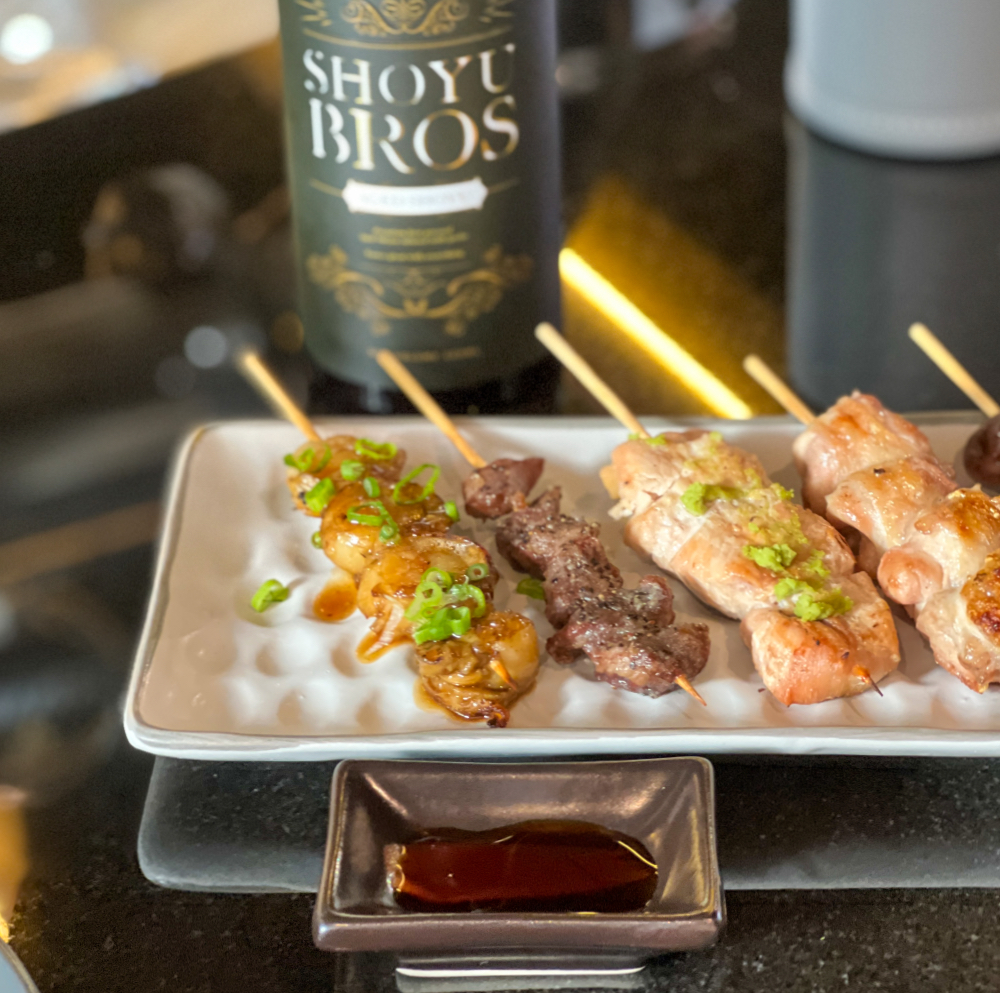 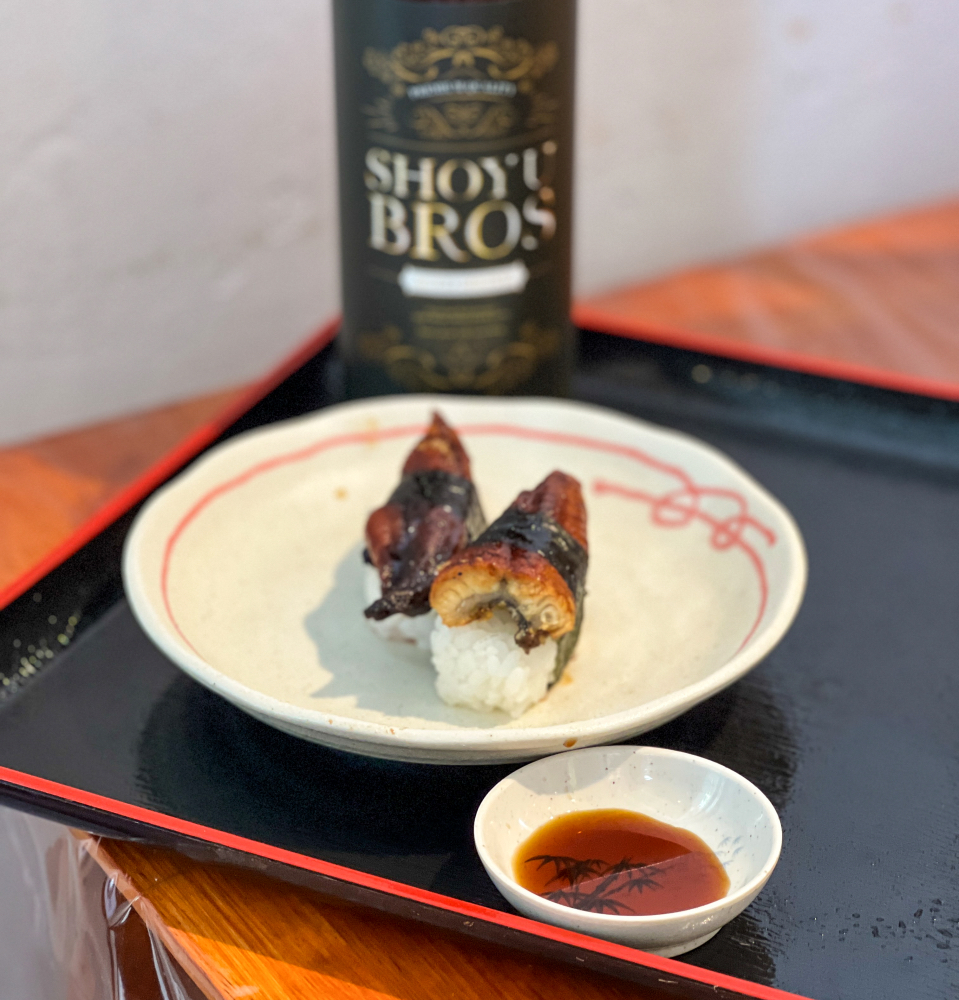 Shoyu Bros recommends that users enhance their food by drizzling it with the sauce after cooking or by dipping it.

That makes the shoyu not only convenient but very versatile - you can easily use it as a condiment for everyday cooking in your kitchen. Whether you're preparing Asian stews or Western roasts, this shoyu is a pantry staple that can be incorporated into so many meals.

Since we're not much of cooks, we've taken it out with us instead, to see how it can work wonders in a wide range of recipes. It's a perfect match for Japanese fare, if your kushiyaki needs a kick or your sushi calls out for the tastiest soy sauce possible. 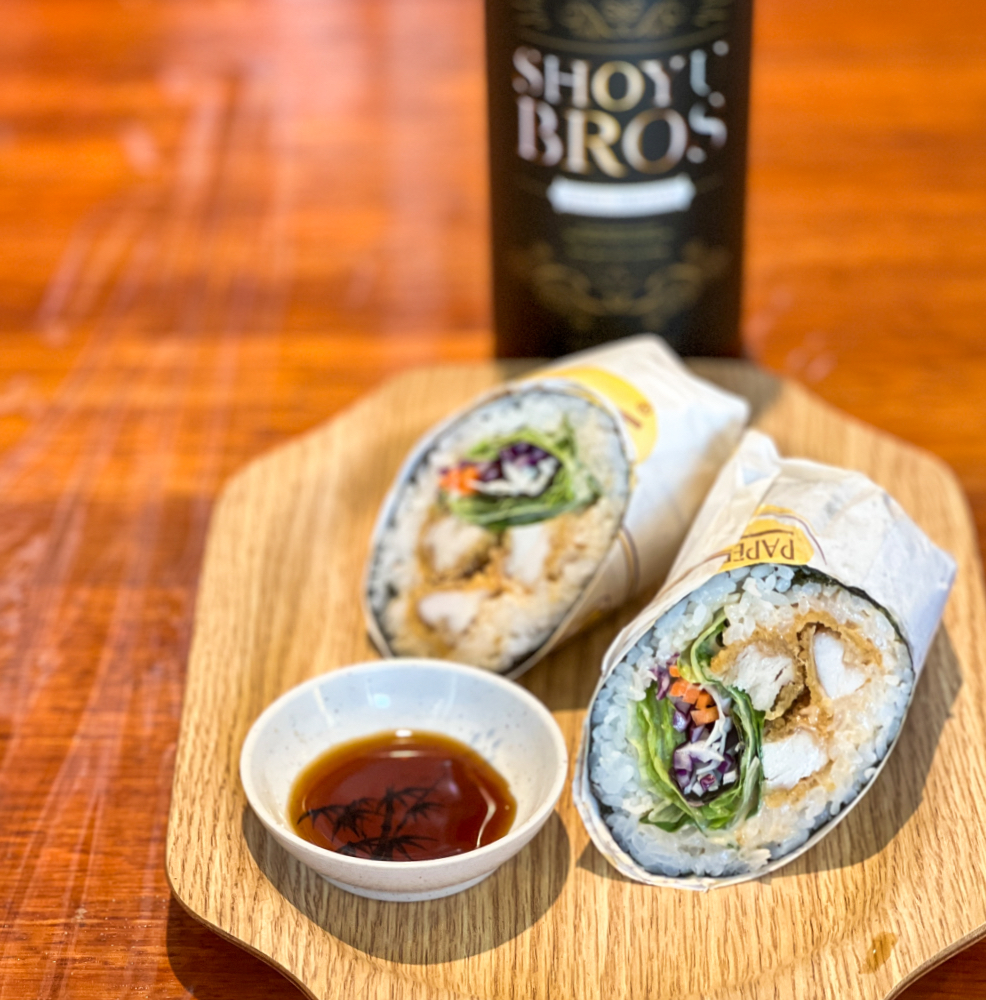 If you're eating wholesome, Shoyu Bros can rescue your lunch from blandness with a simple dash, adding allure to salad bowls and sushi burritos. 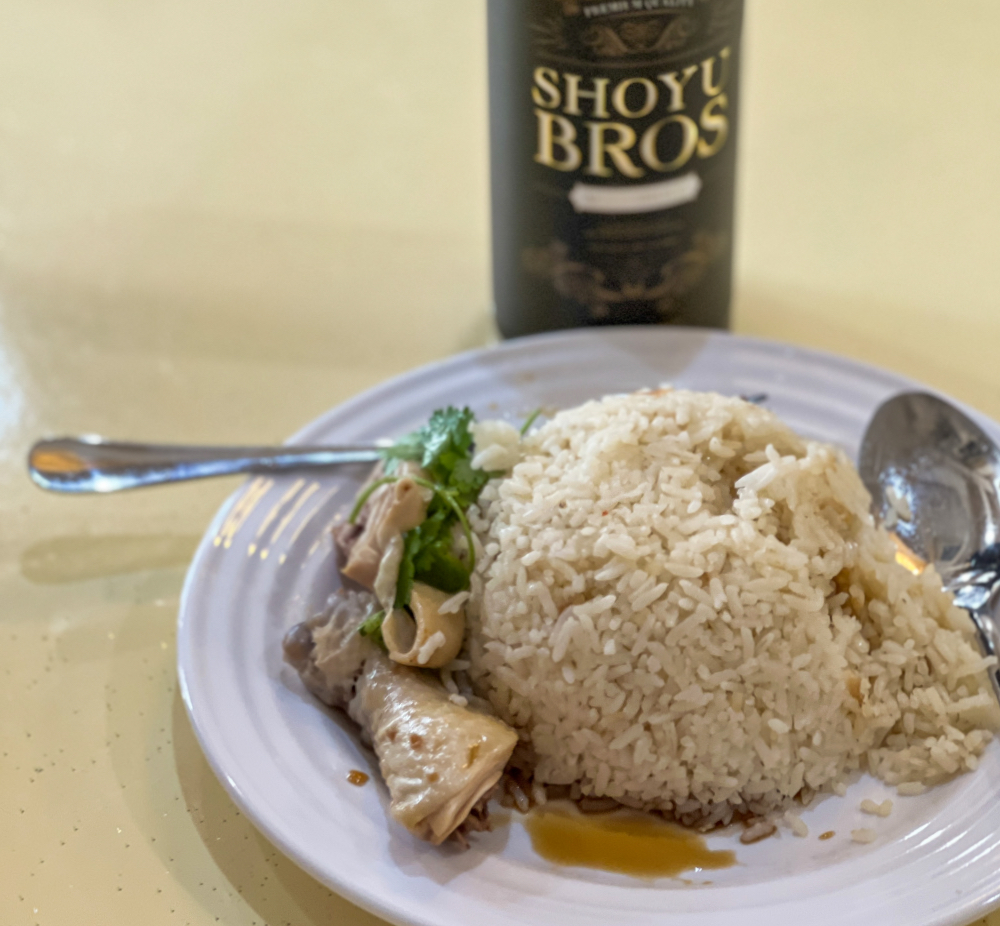 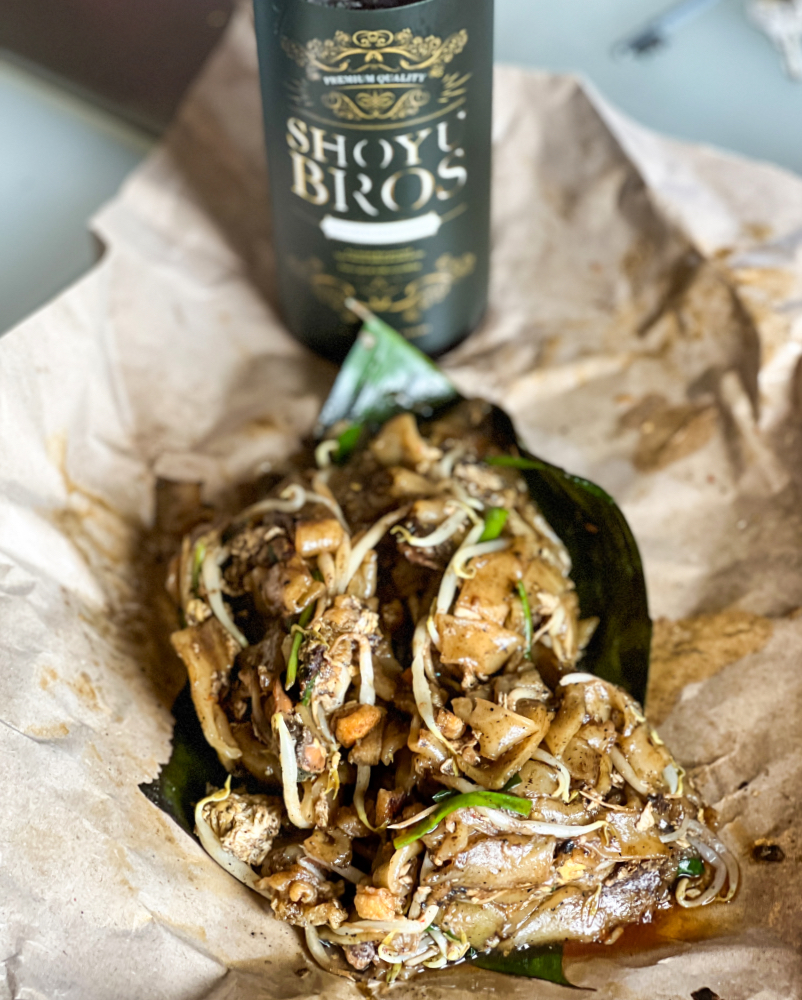 Chicken rice and char koay teow are staples in our weekly diet, so we had to see how Shoyu Bros works with local hawker classics. At the risk of bringing dishonour to our Hainanese ancestors, this shoyu makes poached chicken rice brighter and livelier while blending beautifully with the wok hei of char koay teow. 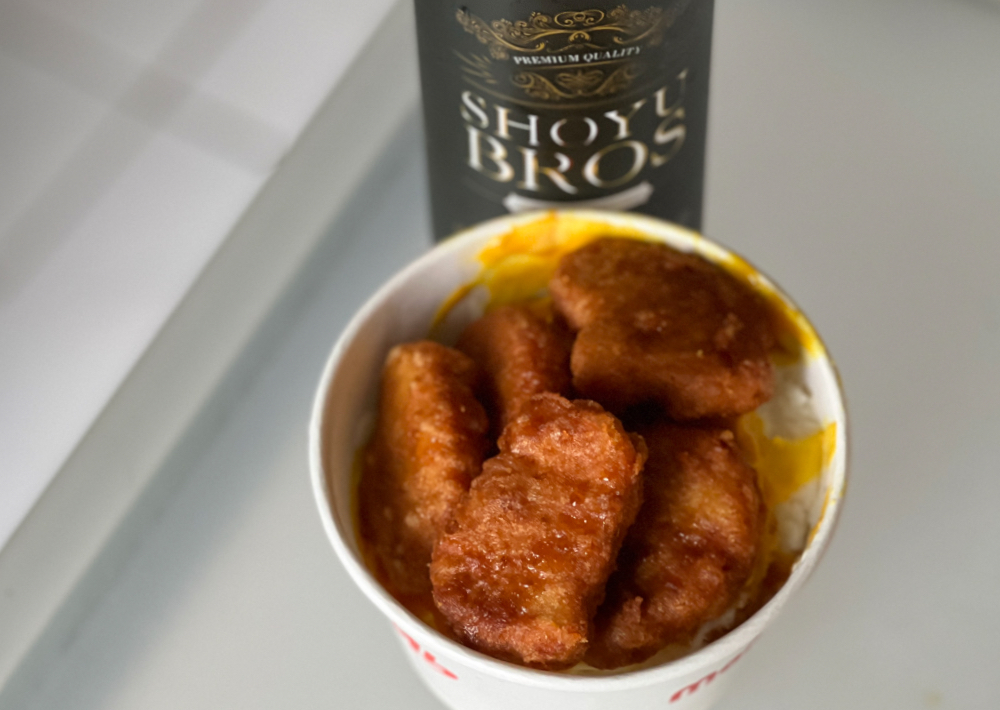 Who needs Korean soy-garlic fried chicken when we can have Shoyu Bros fried chicken? We're also happy to dunk our chicken nuggets into this shoyu instead of Sweet Chilli or Cajun sauce. 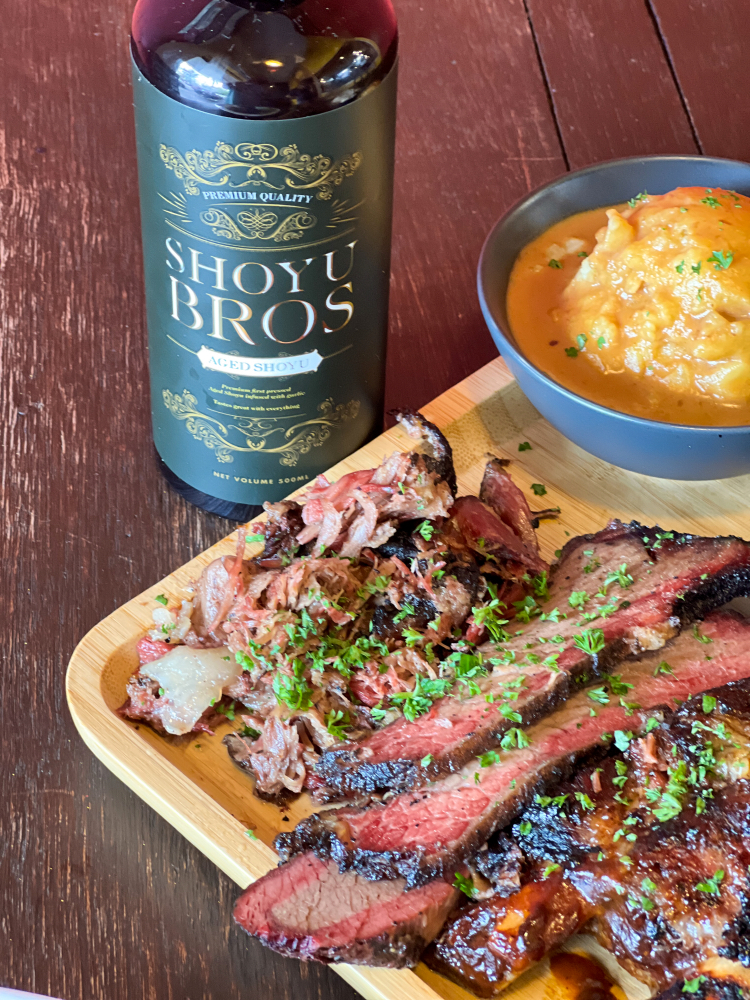 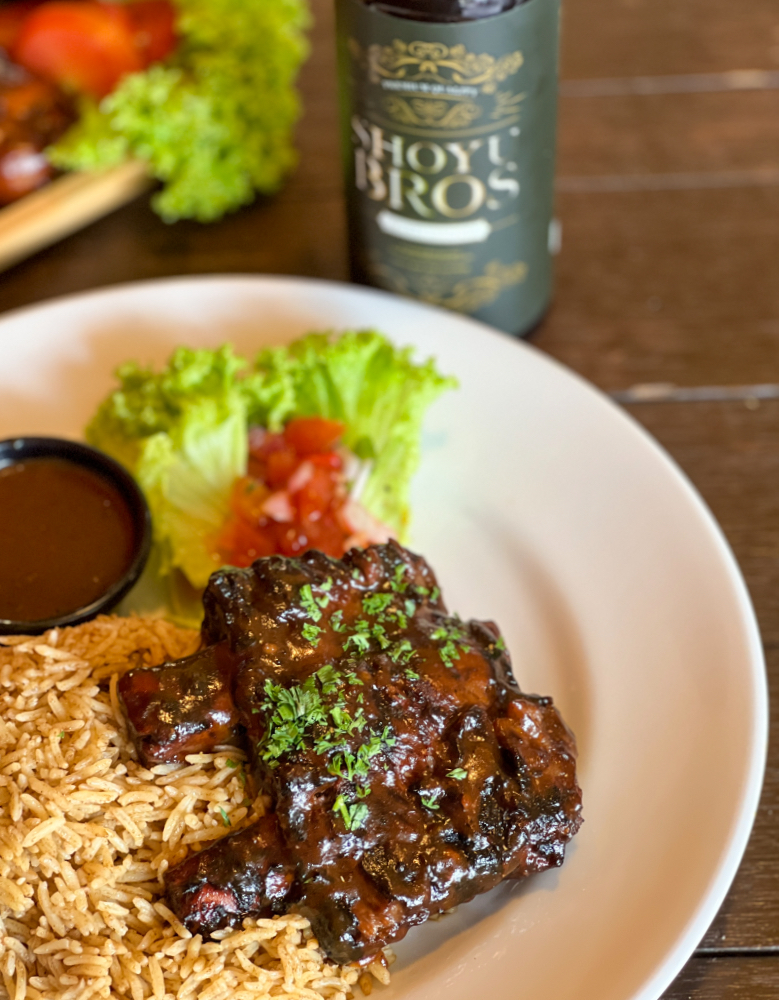 Shoyu Barbecue Bros: Skip the sickly-sweet BBQ sauce and reach out for a bottle of Shoyu Bros instead to bring a gorgeous punch to grilled beef and mashed potatoes. 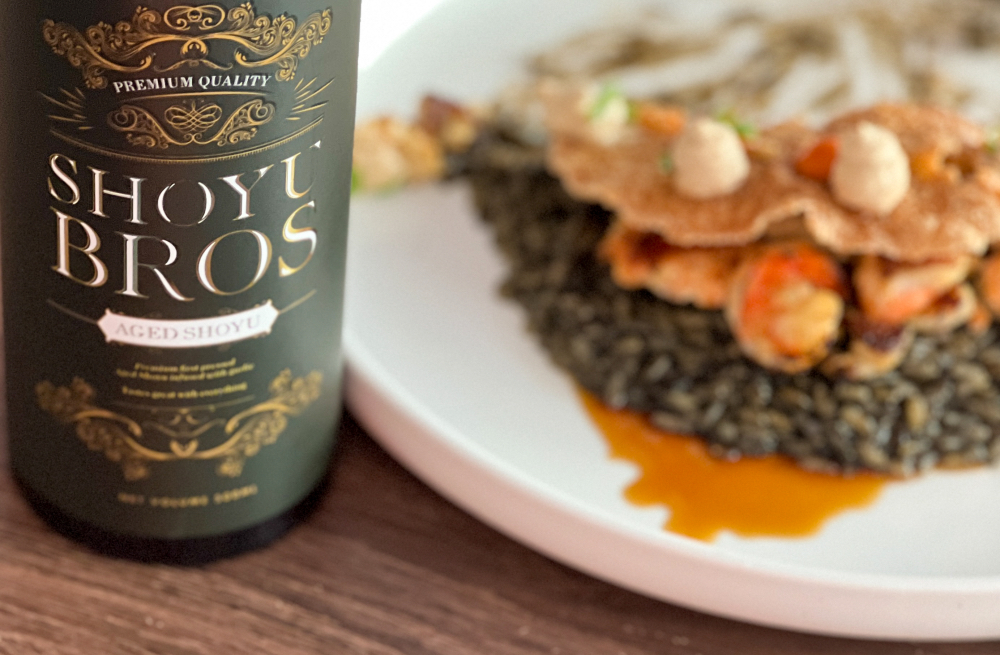 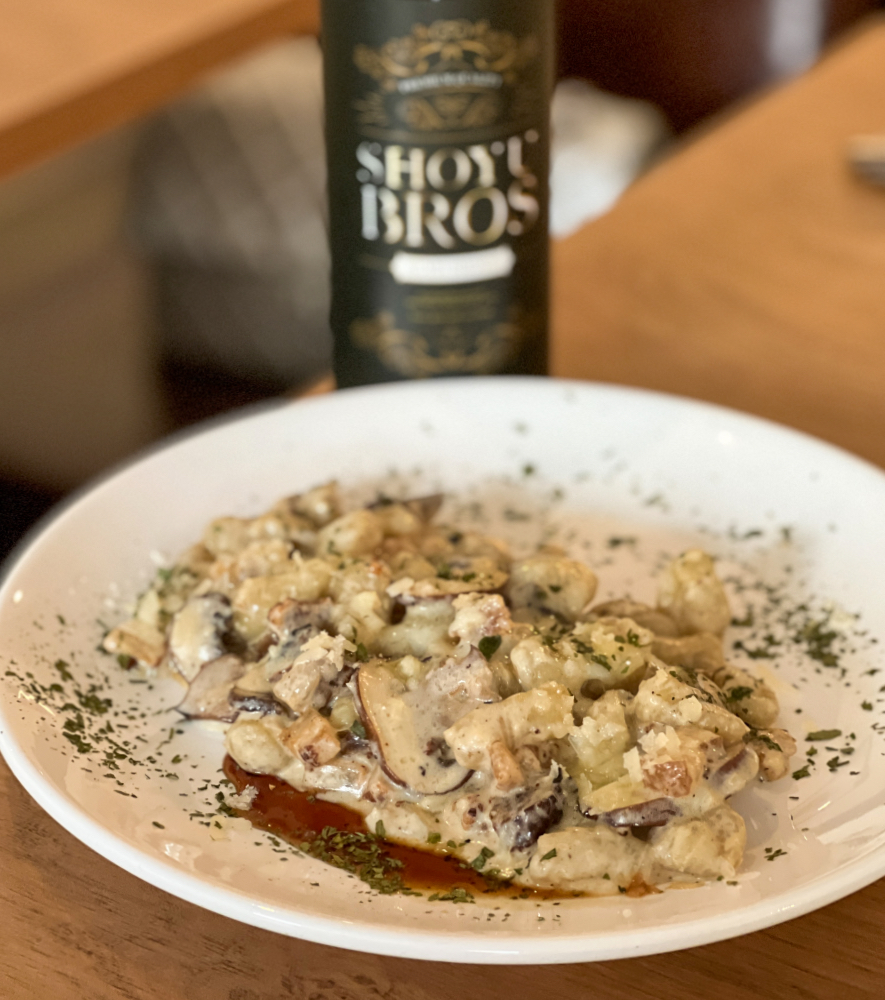 It might seem sacrilegious to a Spanish madre, but shoyu brings a mellow richness to squid ink paella, a marvellous marriage of Asian and European elements.

It's also impressive with Italian cuisine, elevating and energising a plate of gnocchi boscaiola with mixed mushrooms. We bet it'd be ideal for risotto ai funghi too. 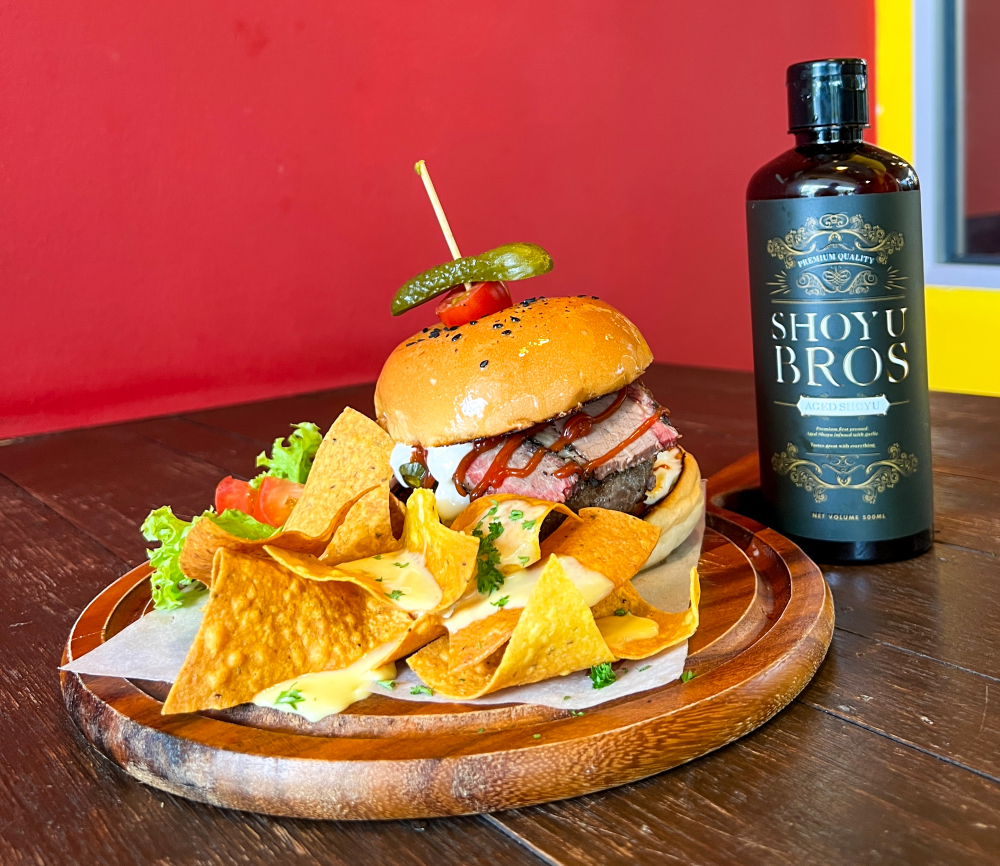 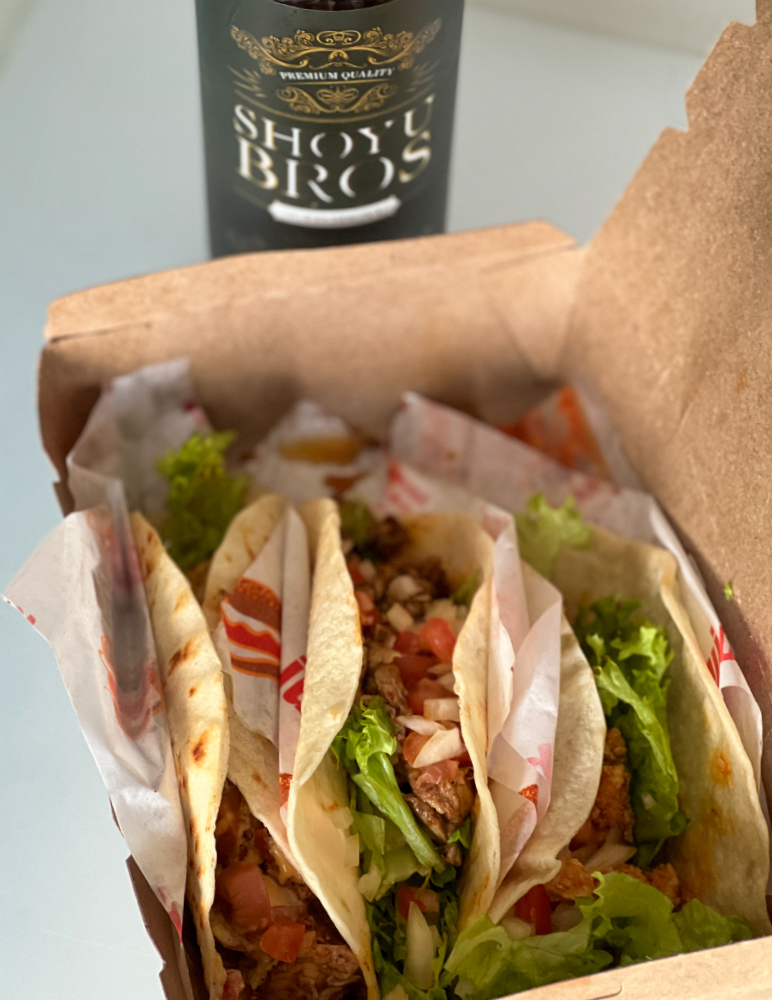 Why stop there? The possibilities for Shoyu Bros seem endless, lending resonant dynamics to everything from burgers to tacos - the shoyu's seasoning makes for a tango on the taste buds with a vibrant salsa. 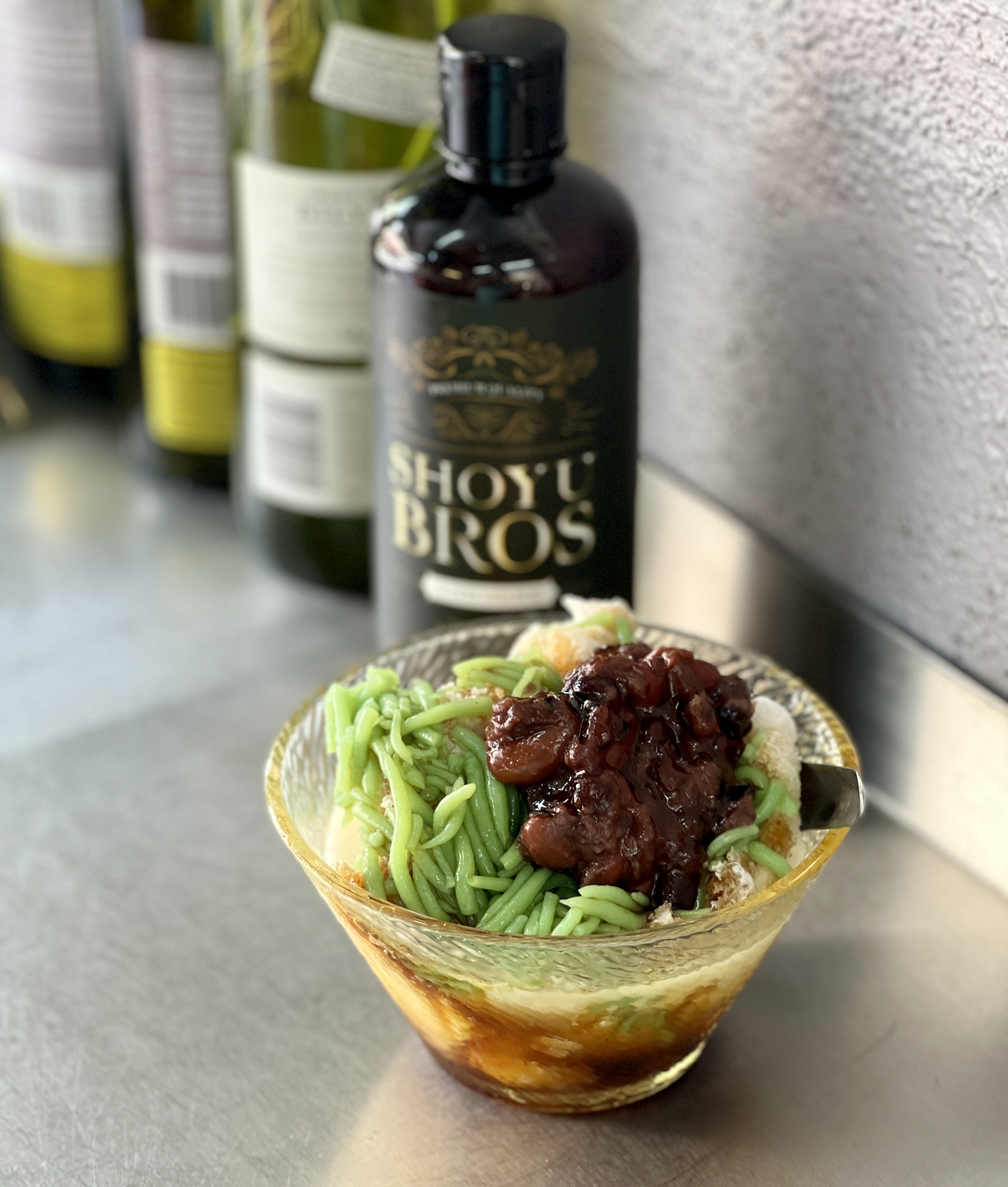 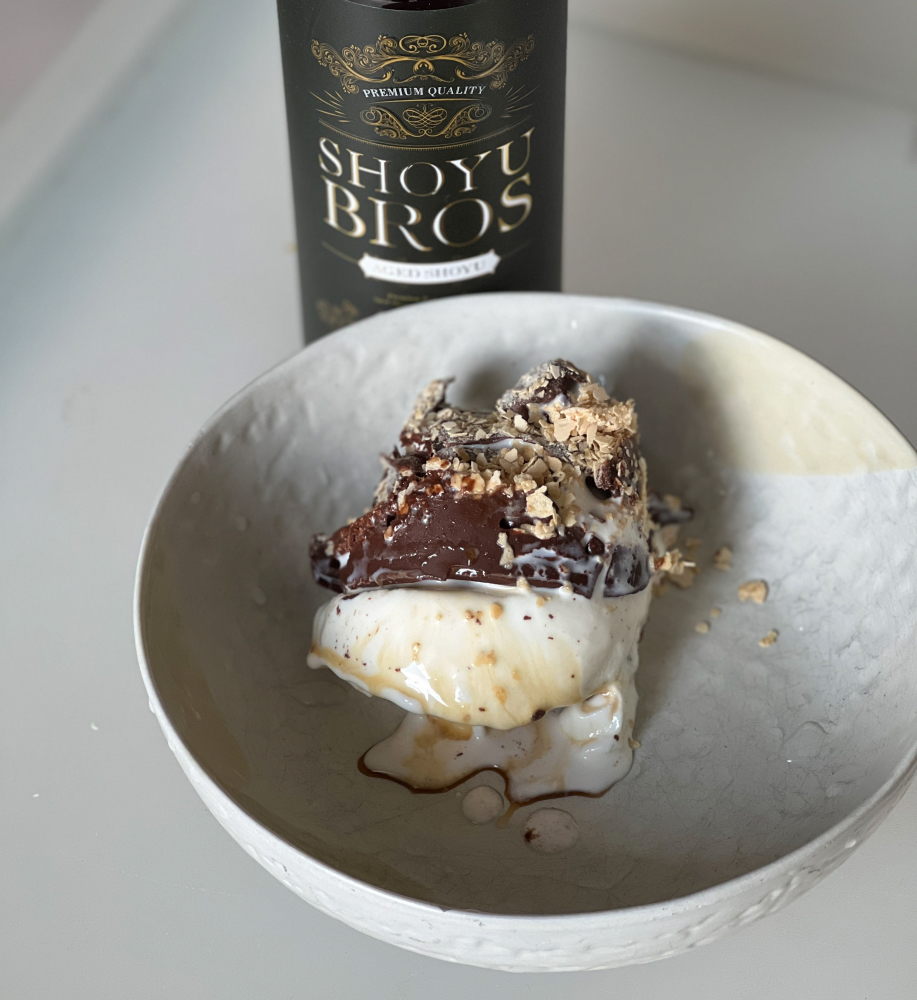 It isn't revolutionary to use shoyu for chilled desserts - shoyu kakigori and shoyu caramel ice cream already exist. So it's fun to experiment with Shoyu Bros on treats like cendol (it turns out that shoyu and Gula Melaka play well together) and McFlurries (the instant intensity of shoyu is a nice savoury touch on sweetly neutral-flavoured ice cream). 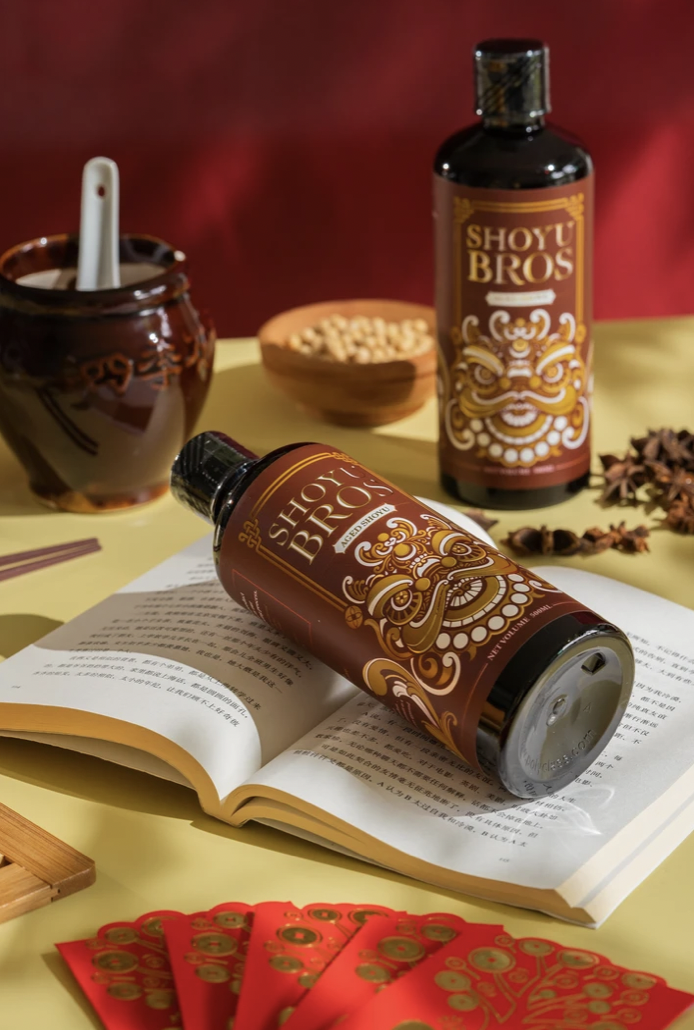 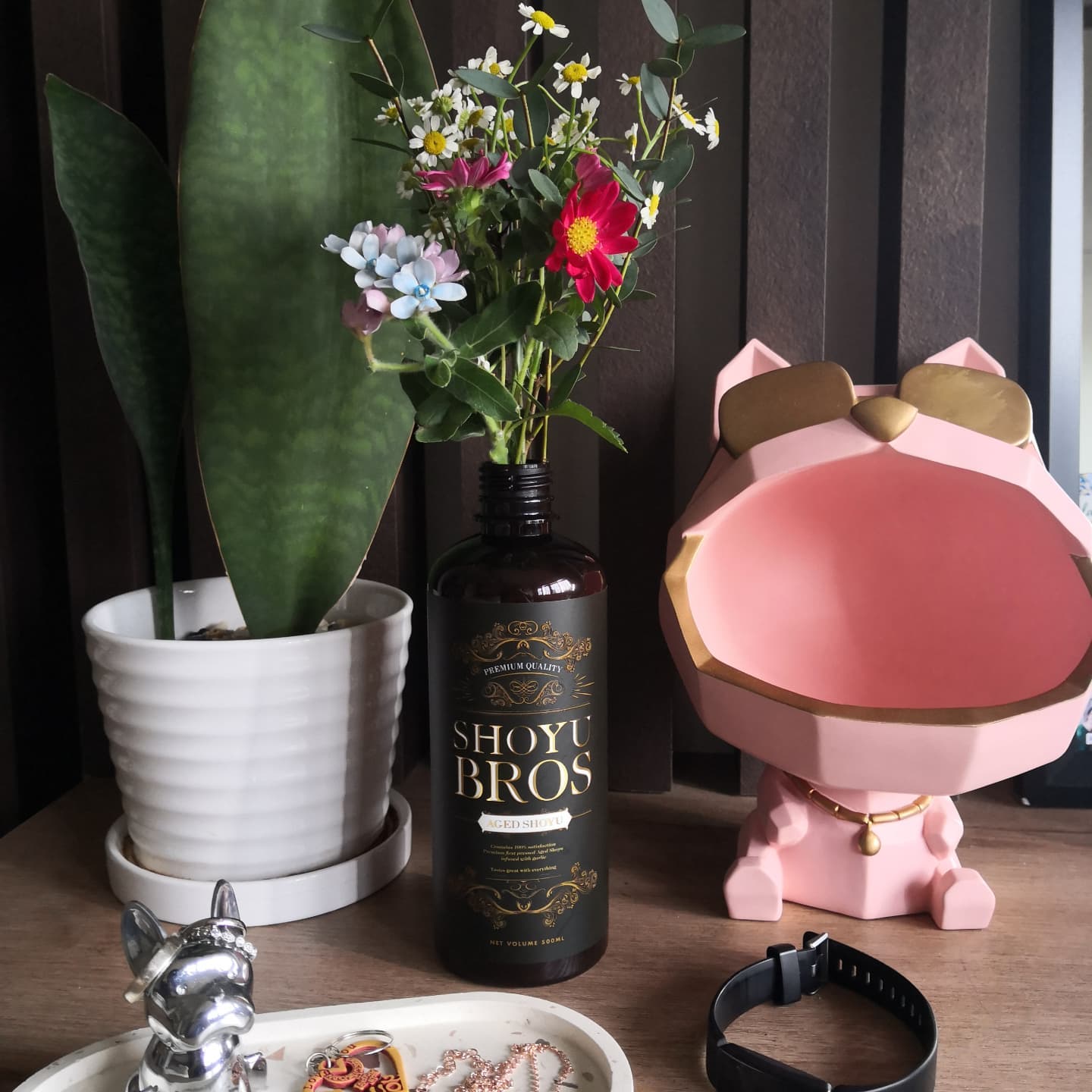 If you're looking to gift Shoyu Bros to a loved one, check out the captivating Chinese New Year Limited Edition labelling. And once you're done with each bottle, they're beautiful enough to repurpose at home. 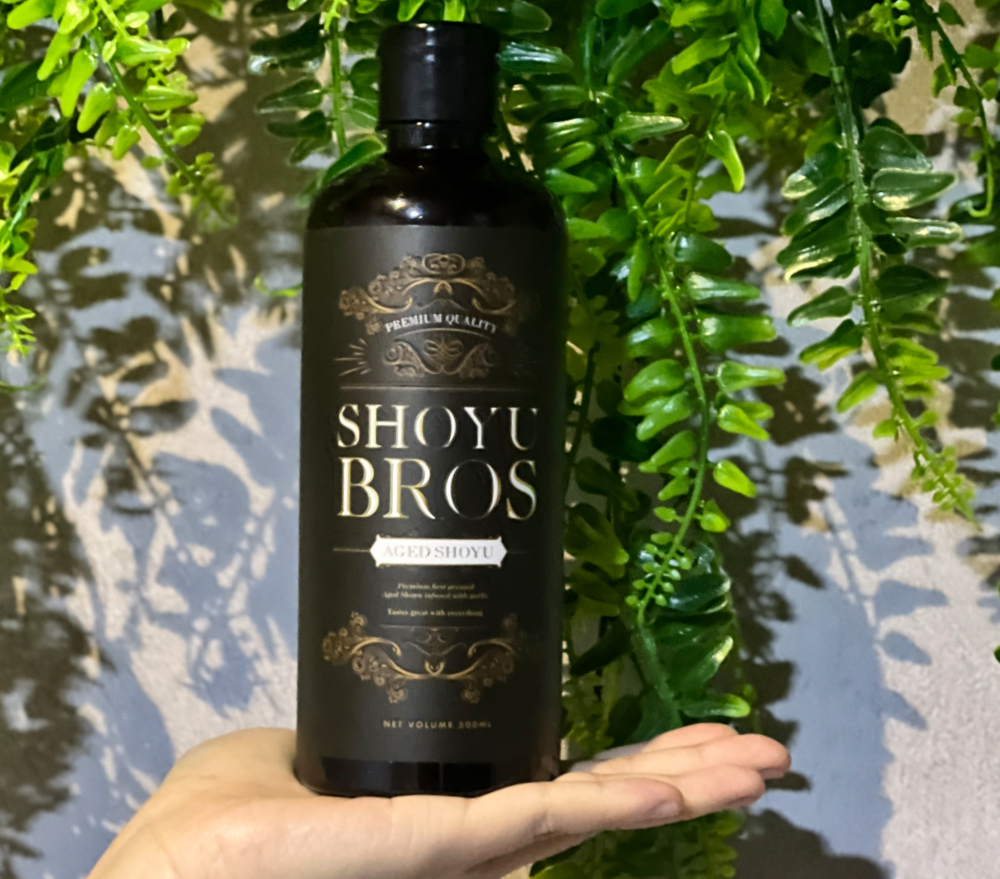