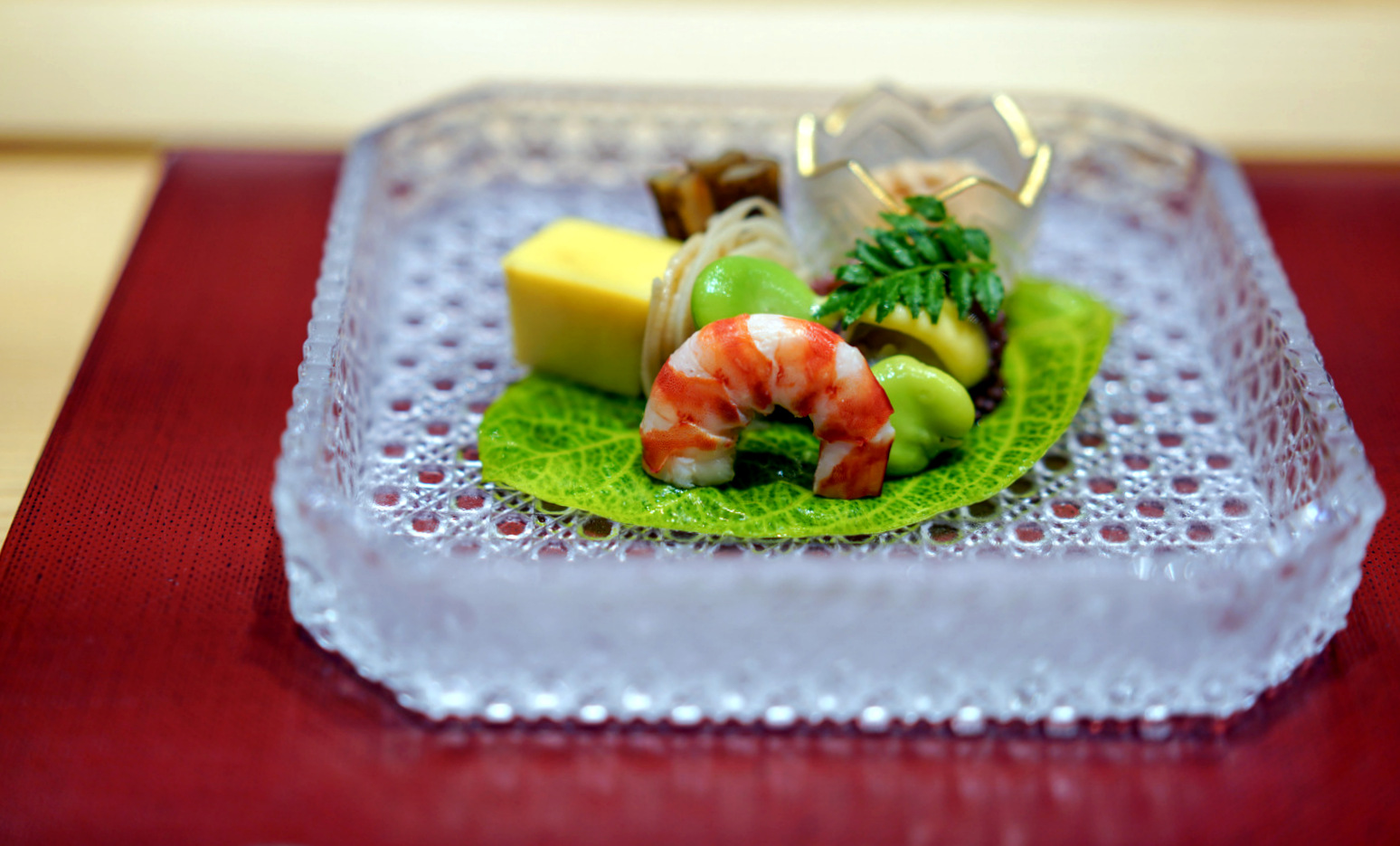 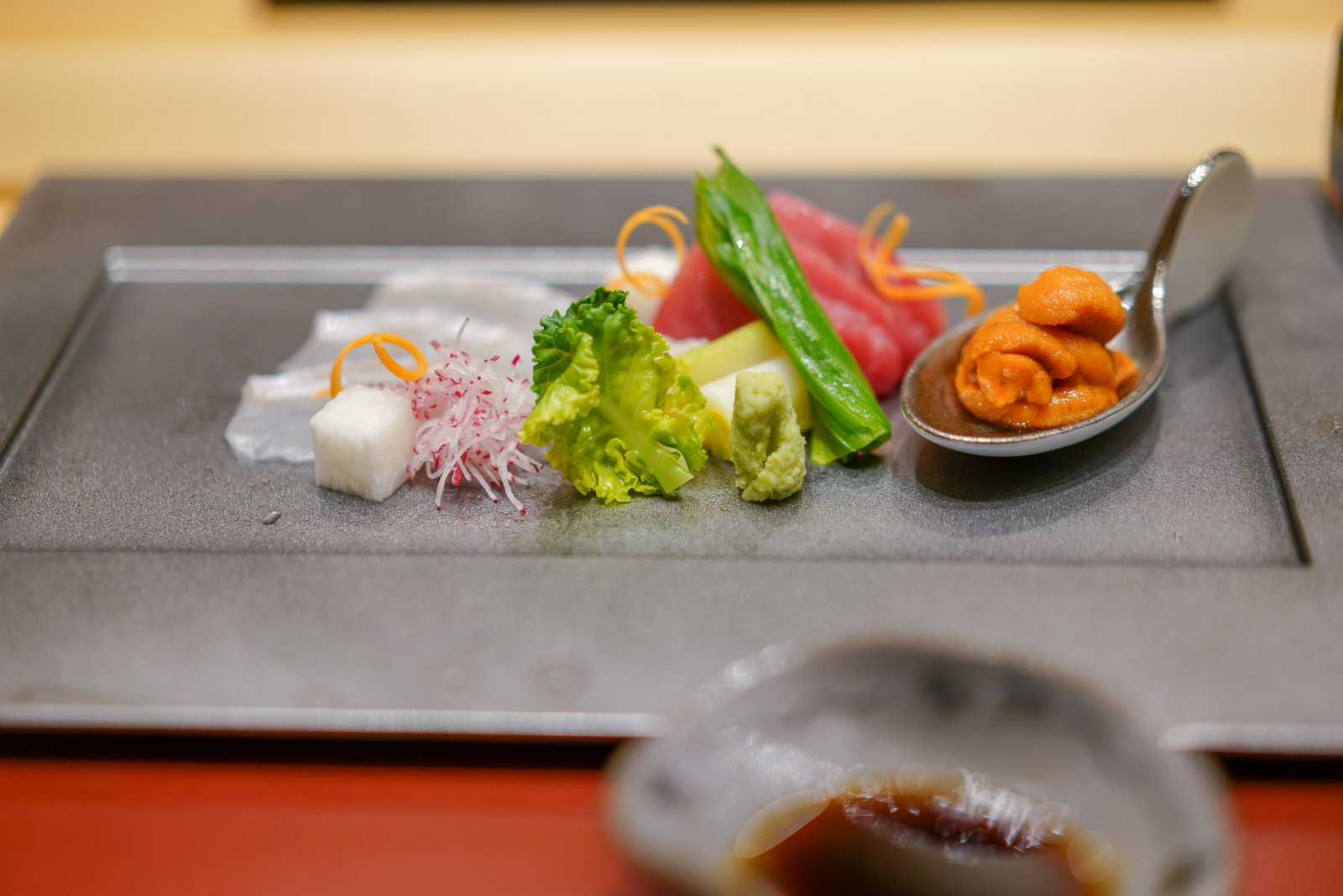 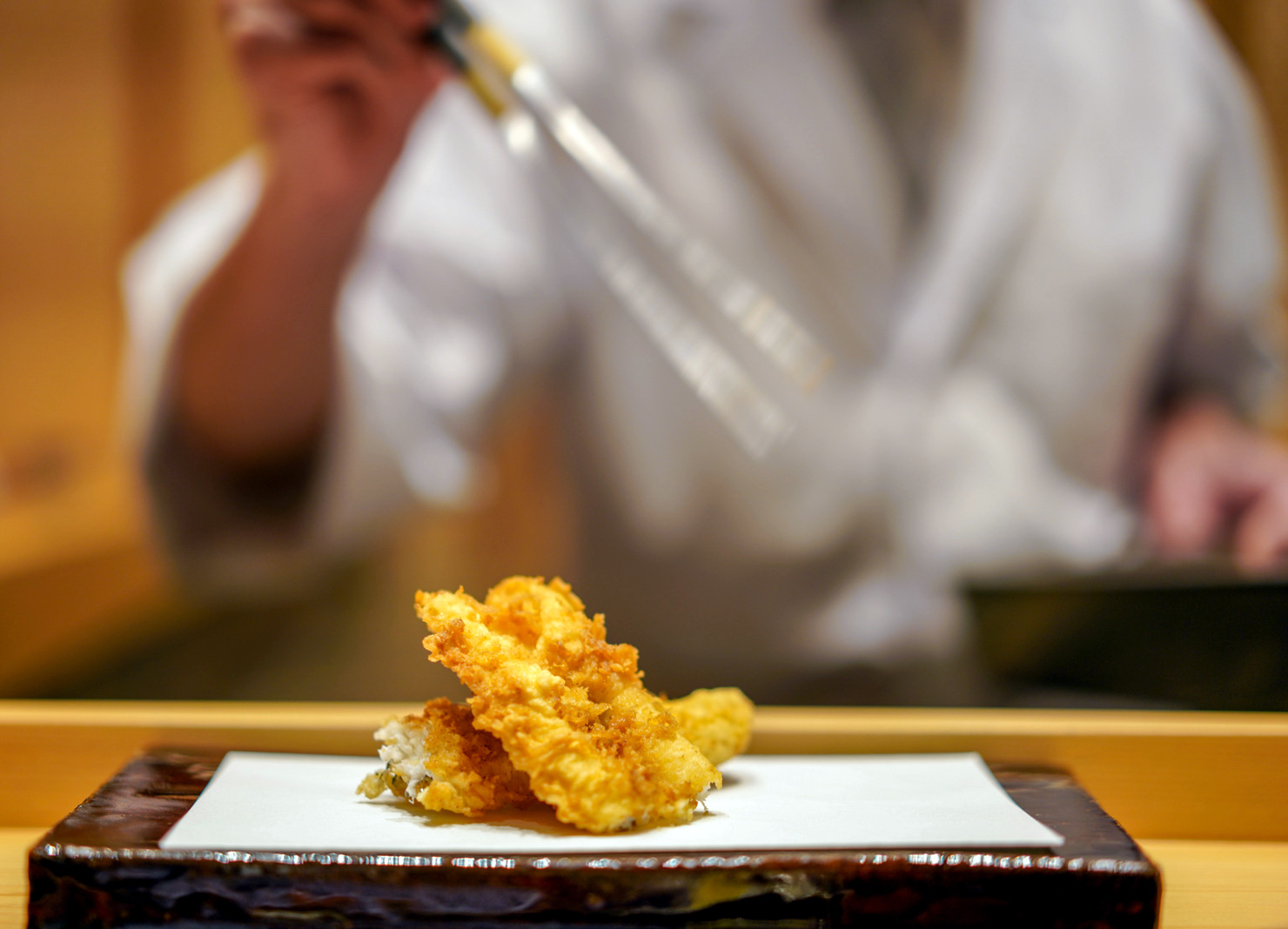 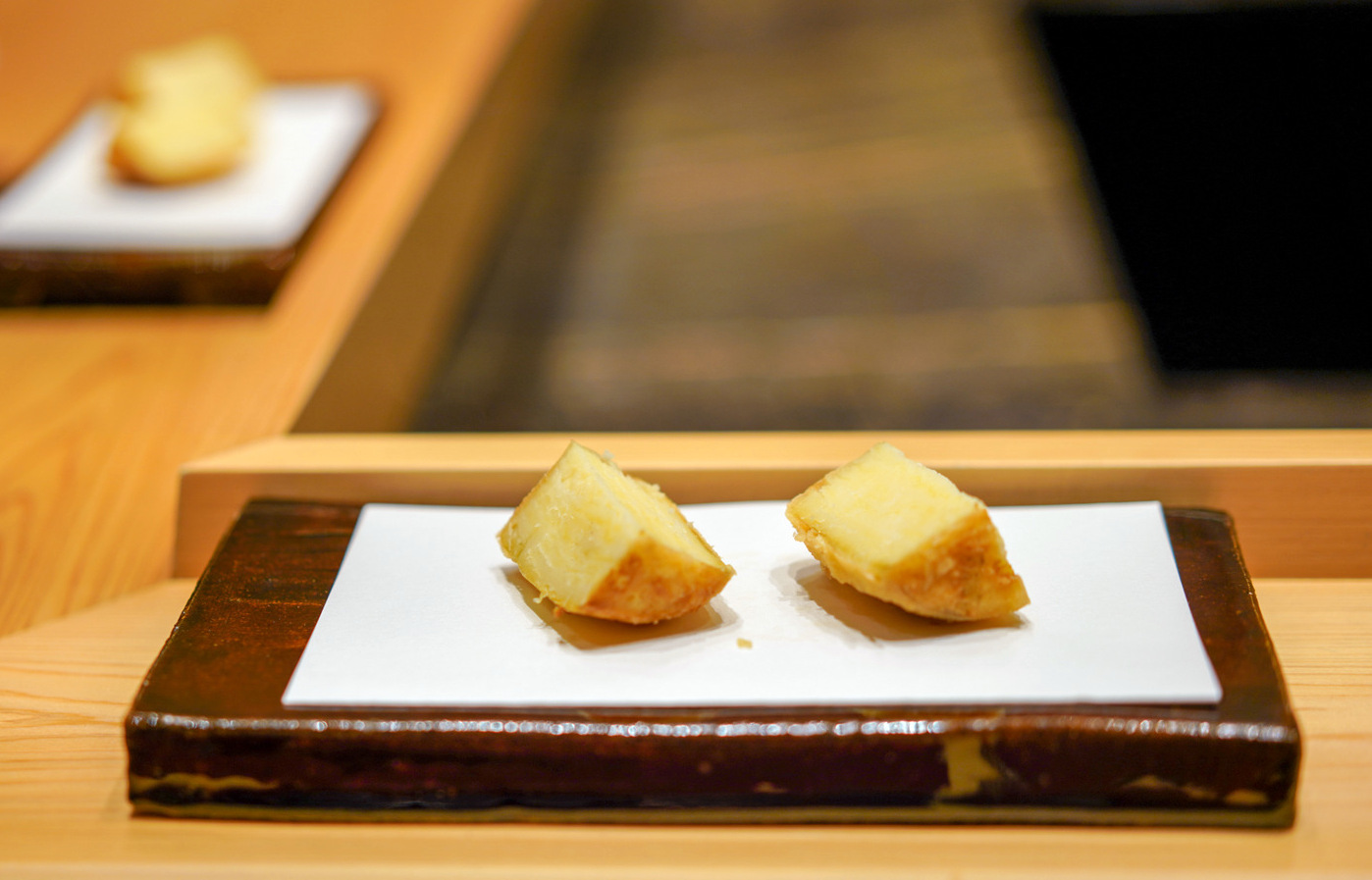 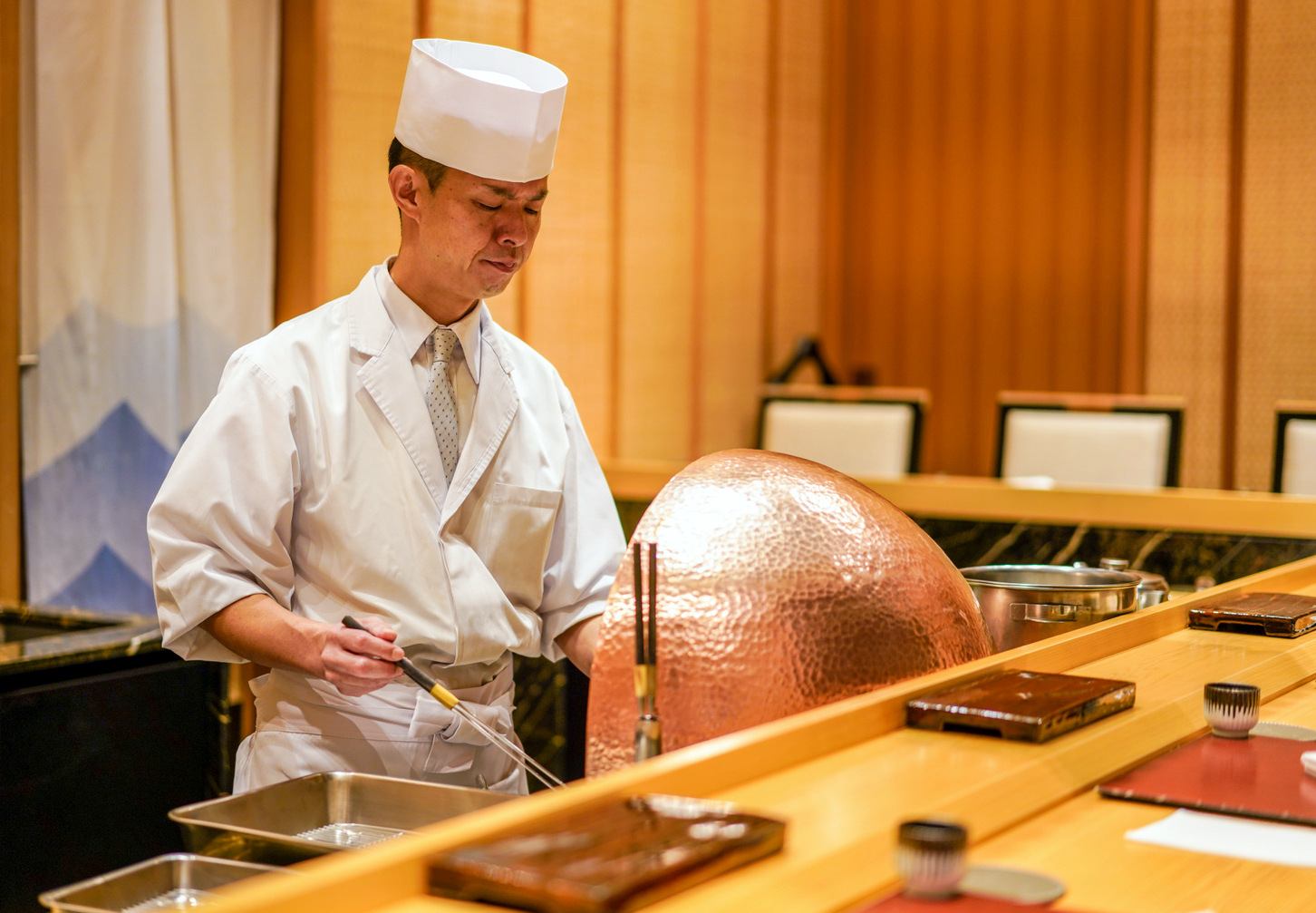 From the sublime beef of cattle bred on the meadows of Miyazaki to sprightly vegetables cultivated in the fertile soil of Chiba, from saltwater eels that fatten up in the cold of winter to hardwood forest mushrooms that rise on the mountains in autumn, Japan's finest produce is making its mark at The St. Regis Kuala Lumpur's Ginza Tenkuni, which recently debuted new menus following the second anniversary of its conception in Malaysia.

Thus far, this restaurant has primarily been known for top-flight tempura experiences, extending the legacy and expanding the borders of Ginza Tenkuni, a sprawling, multiple-floor venue in Tokyo that originally started as a street stall in 1885. In the decades since, Tokyo's Ginza Tenkuni has also come to offer omakase-style kaiseki courses to complement its deep-fried delicacies, so it's natural that its KL outpost should now follow suit too. 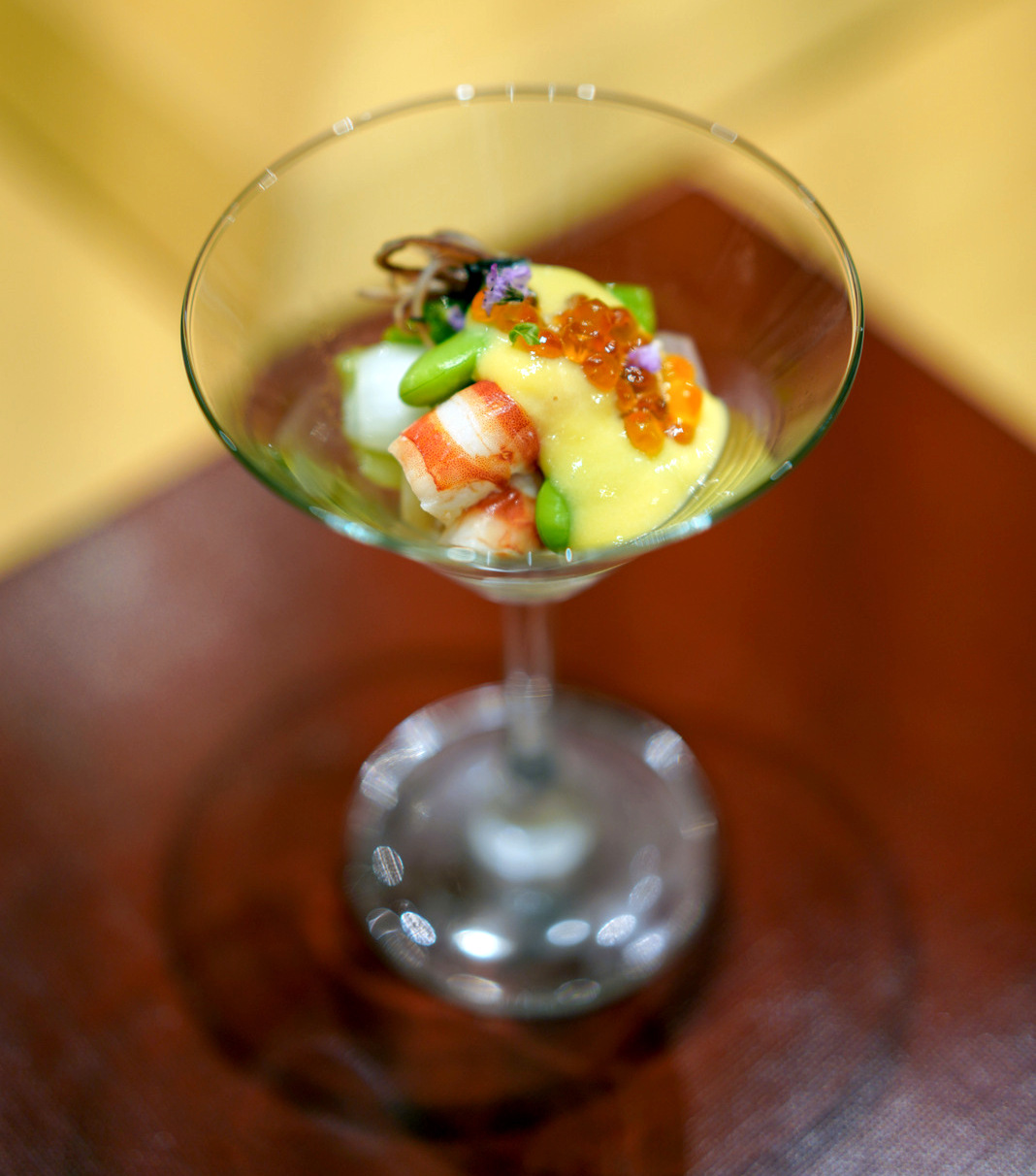 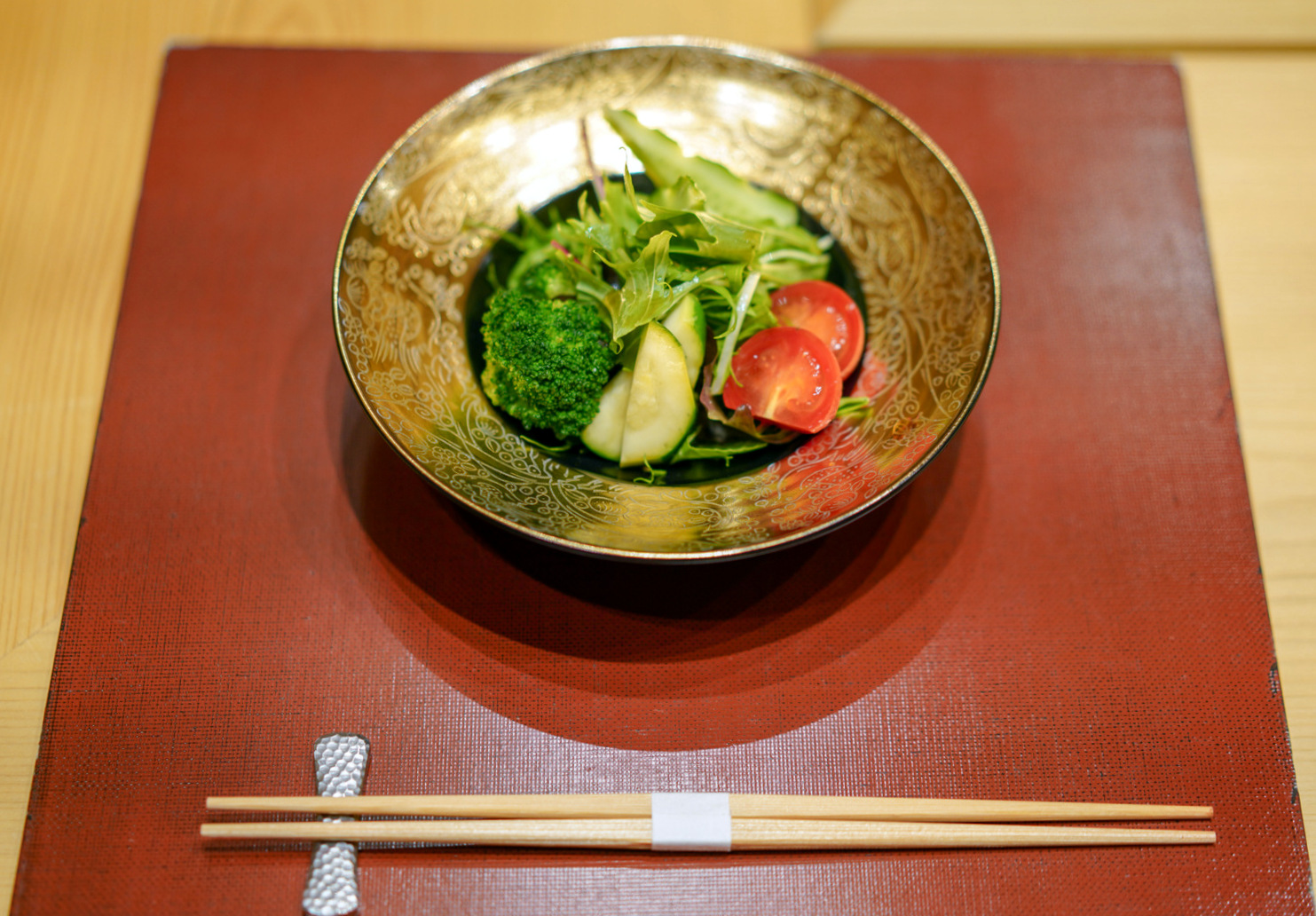 Ginza Tenkuni's tempura-centred sets now include a new menu that's priced at RM250, which comprises an appetiser (showcasing perhaps shrimp and firefly squid), a salad, seven courses of tempura dishes, and dessert. For first-timers, this is an excellent introduction to the venue.

The team here takes pride in a painstaking precision that informs the restaurant's entire process - every serving is presented in exactly the way patrons should view it, laid down with ravishingly crafted chopsticks made of Hinoki cypress, the same wood that the bespoke 12-seat counter is built with (the cypress' scent is believed to have wide-ranging beneficial properties, including bolstering the appetite). 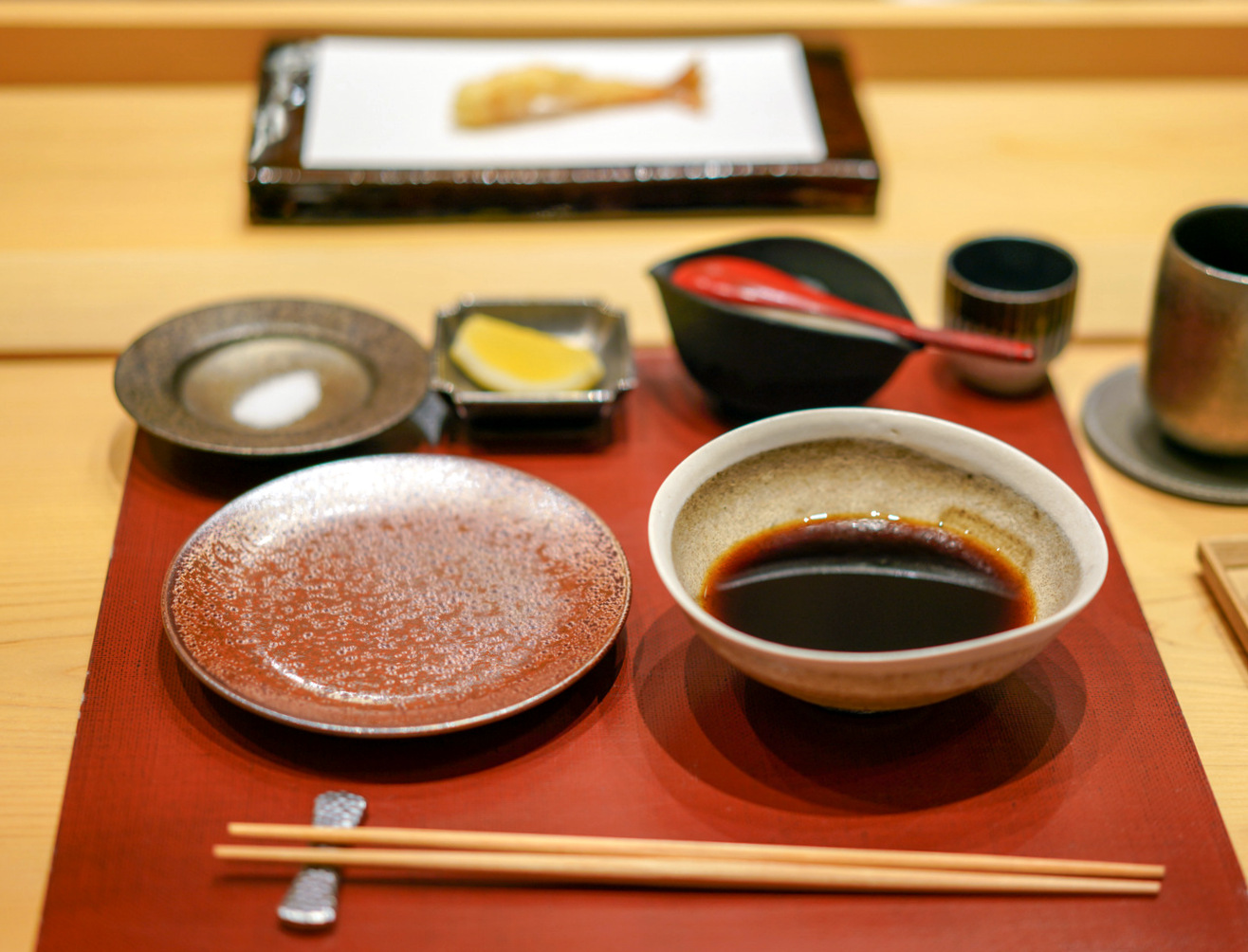 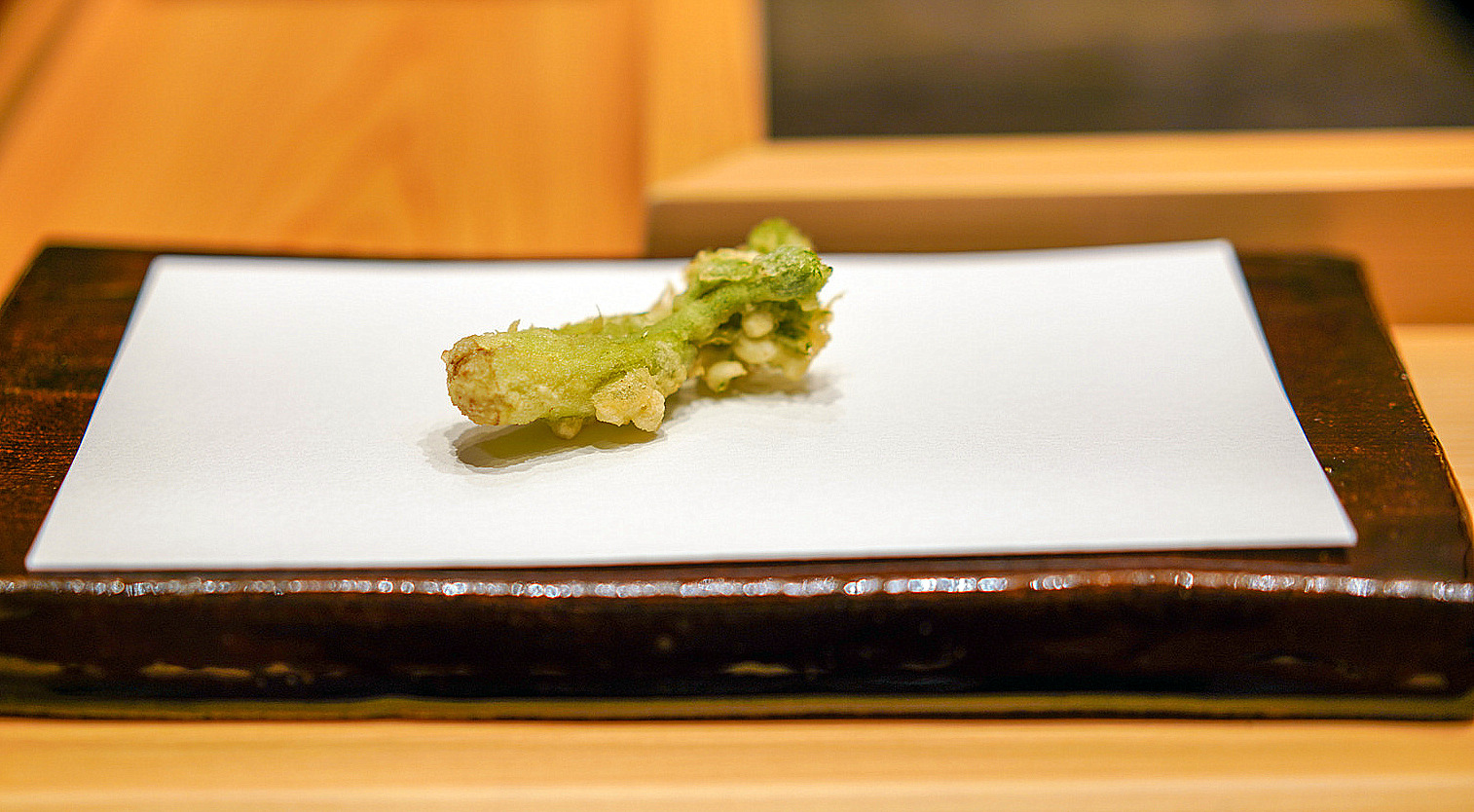 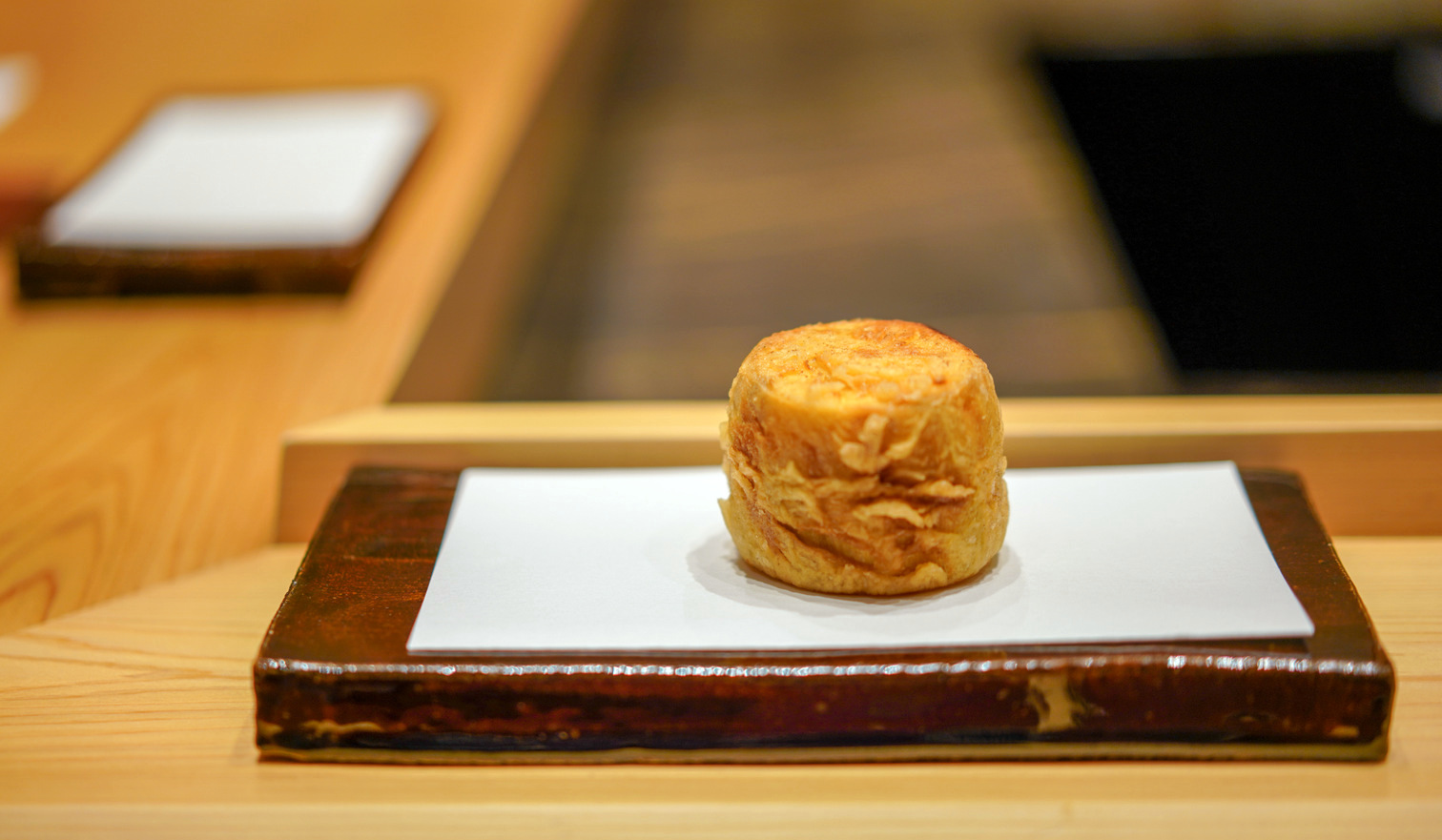 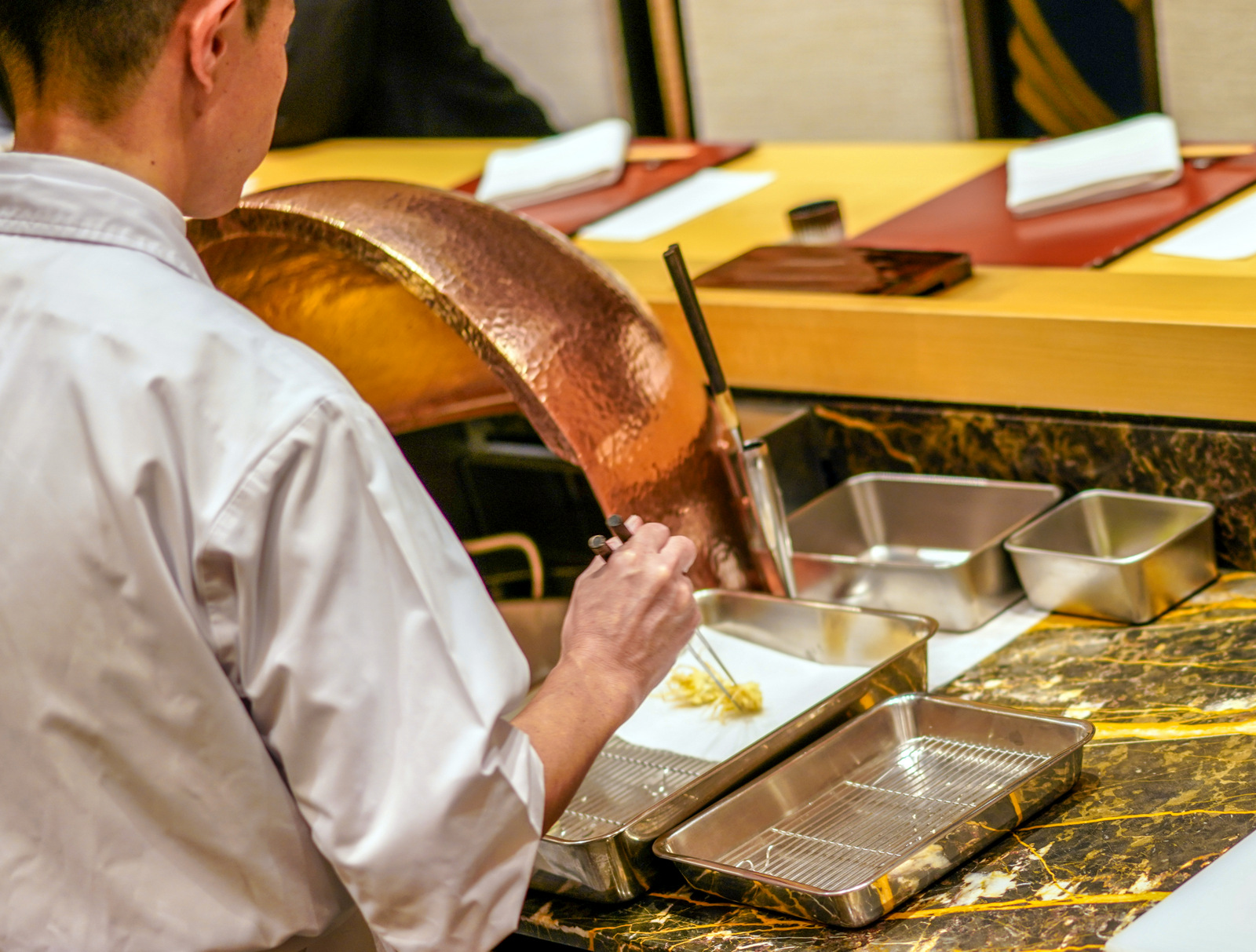 The beating heart of Ginza Tenkuni remains its tempura, airily battered with a superior blend of sesame and corn oil in accordance to the generations-old Edo-period heritage, alternating between seafood and vegetables, to be dipped in salt with lemon or fragrant house-made tentsuyu with grated radish.

Even the seemingly humble sweet potato is regarded with the utmost respect, taking hours to slow-cook before the final frying, for a crisp exterior that yields to a fragrantly creamy centre.

The man to thank for these triumphs is tempura chef par excellence Kenichi Ishikawa. For most of us who can't speak Japanese, he might seem like a man of few words, but his eloquence rests in his work - he has specialised in preparing tempura for 22 years, longer than some of his customers might have been alive, so his virtuosity speaks volumes. 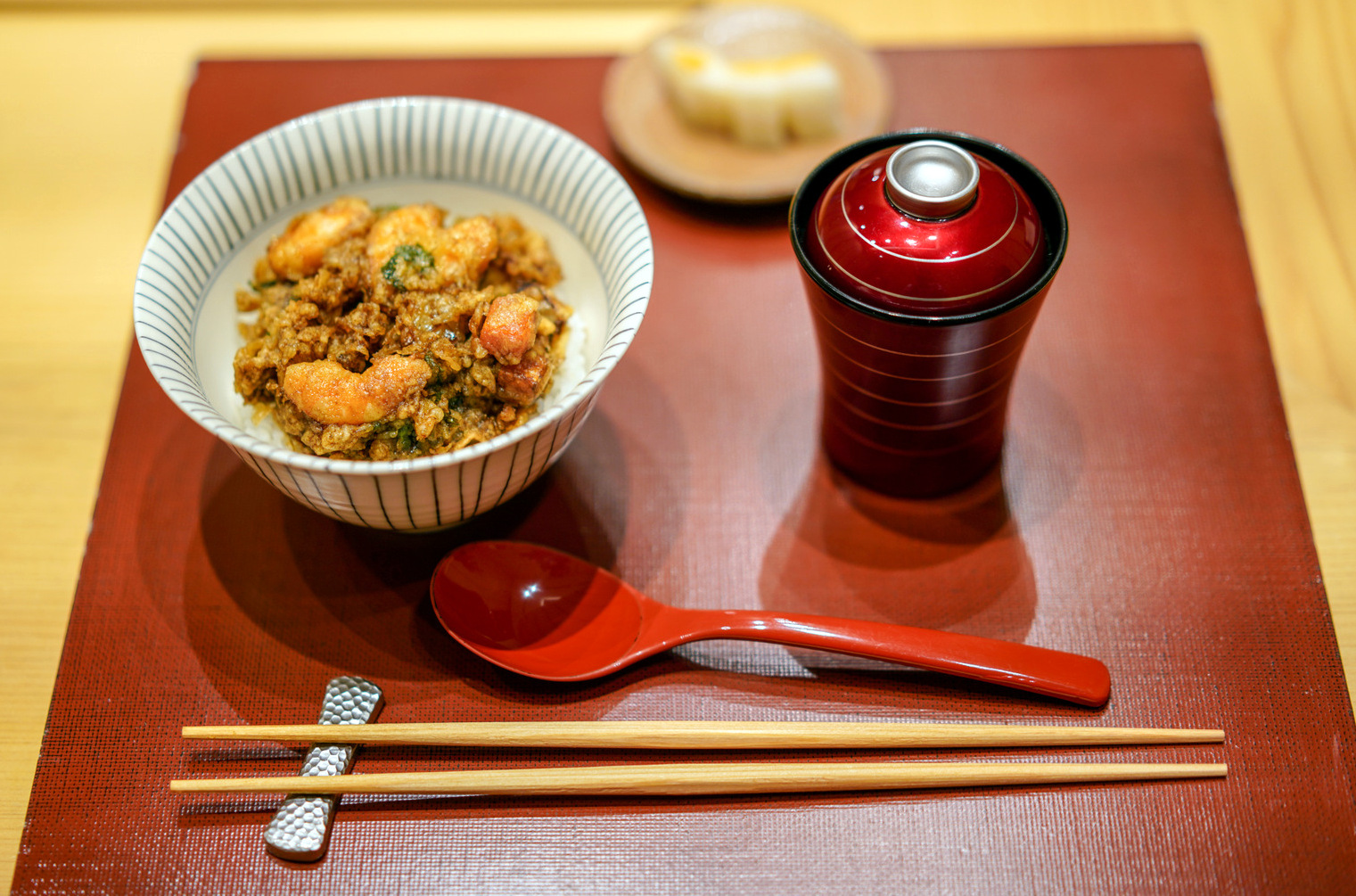 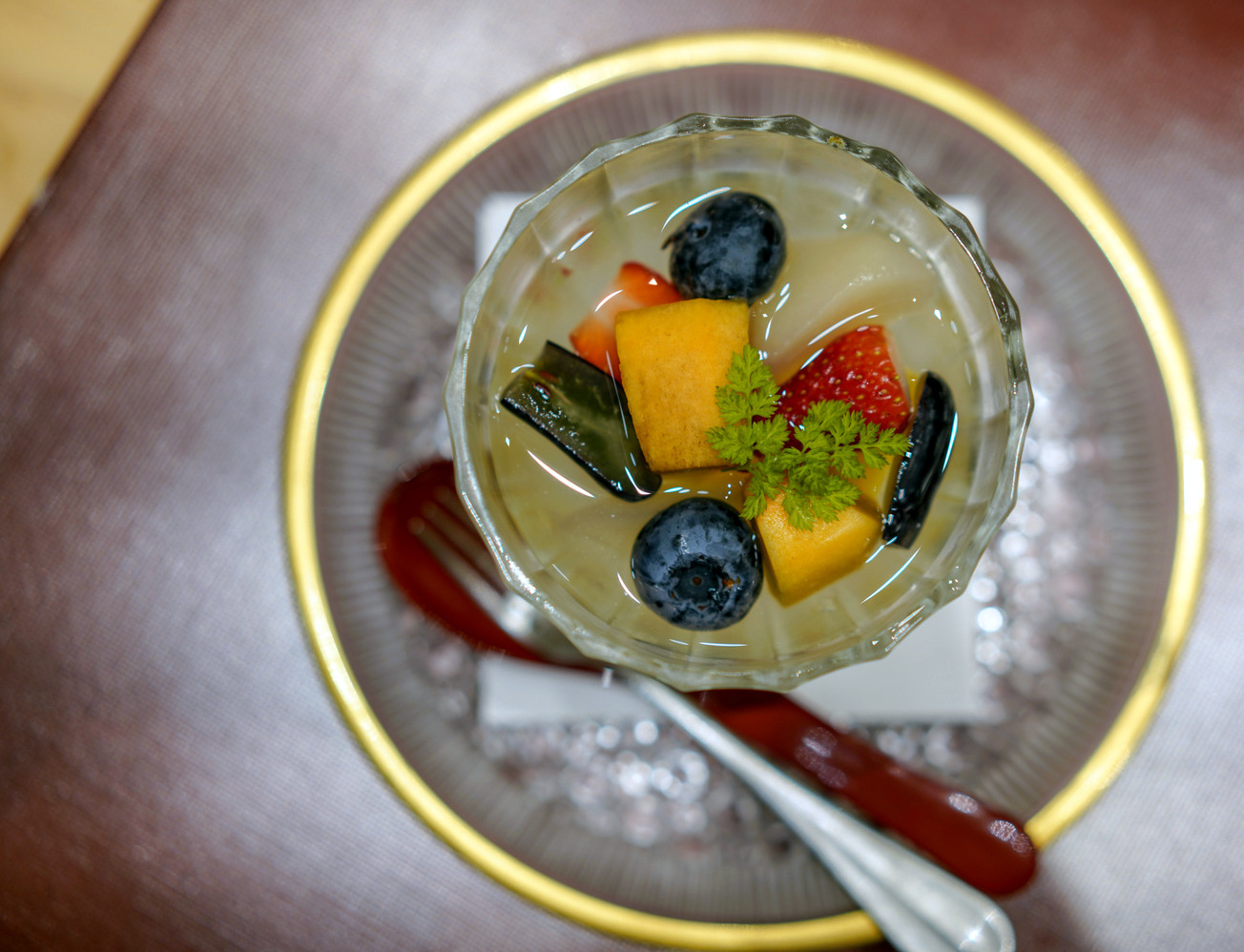 A final bowl of fruits epitomises the essence of seasonality (the hallmark of the menus here) in its perfectly ripened simplicity - it's well worth noting that everything from the seafood to the vegetables and fruits here come from Japan, testifying to how this could be the most authentically pure Japanese meal you'll have in Malaysia. 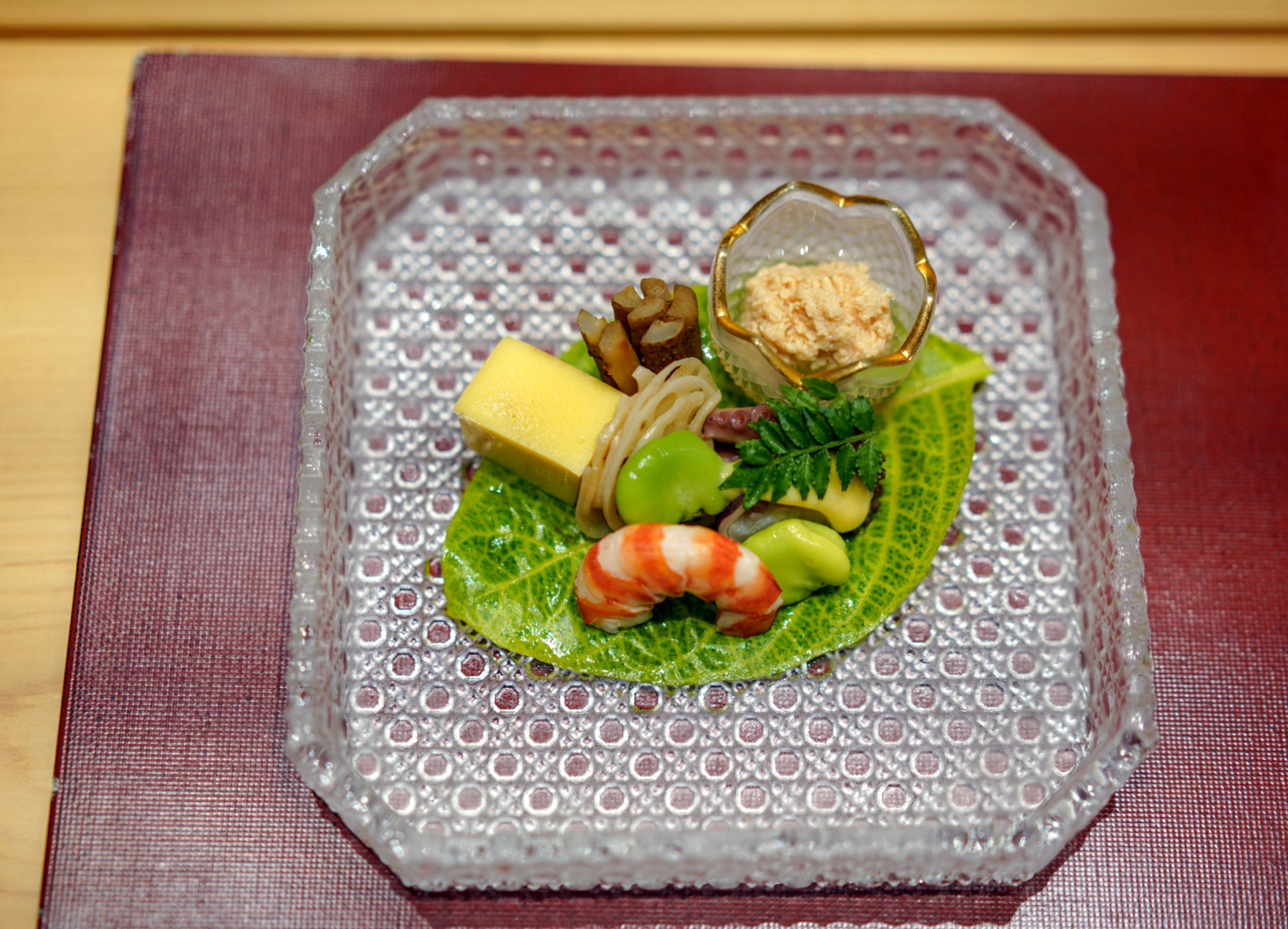 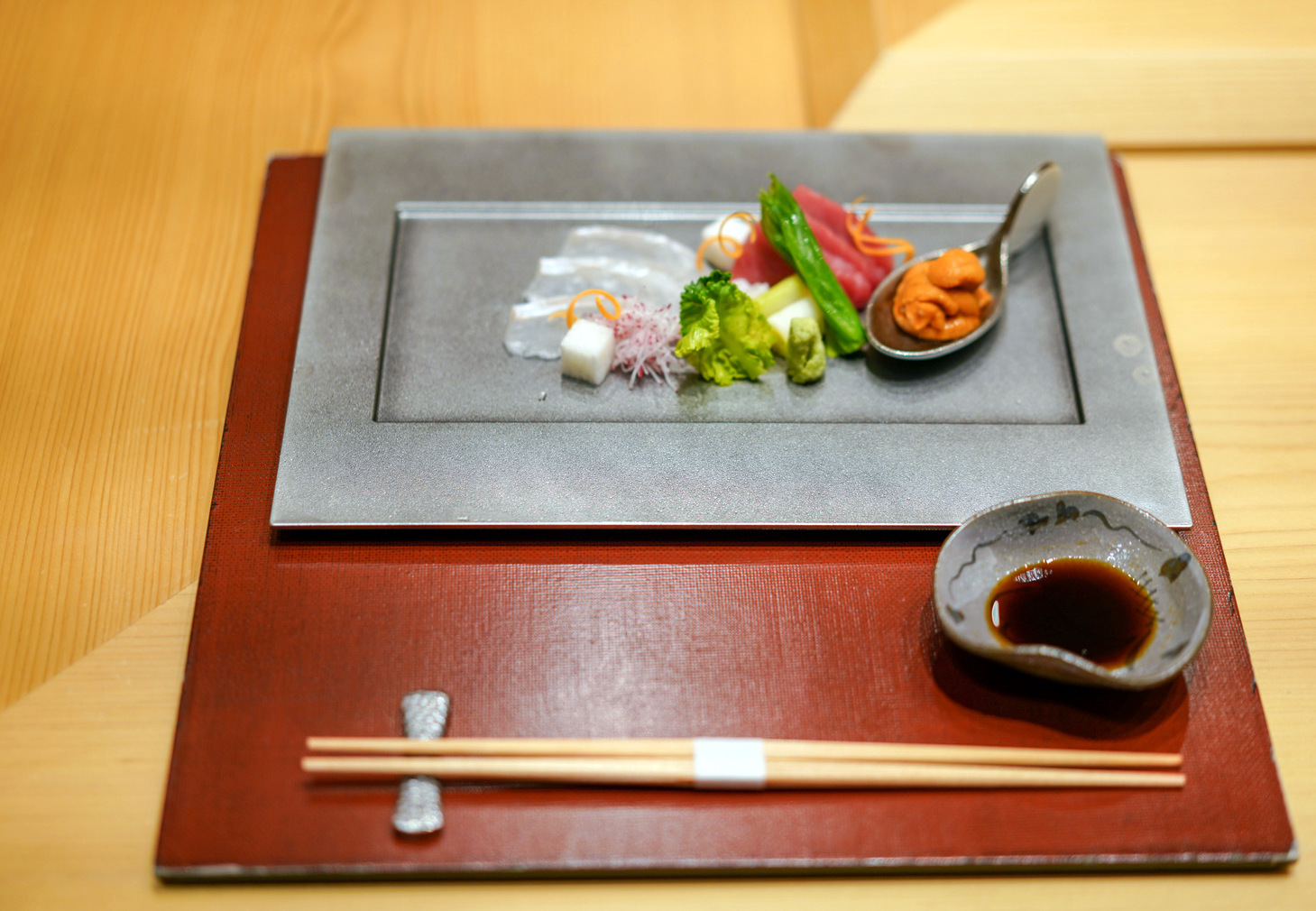 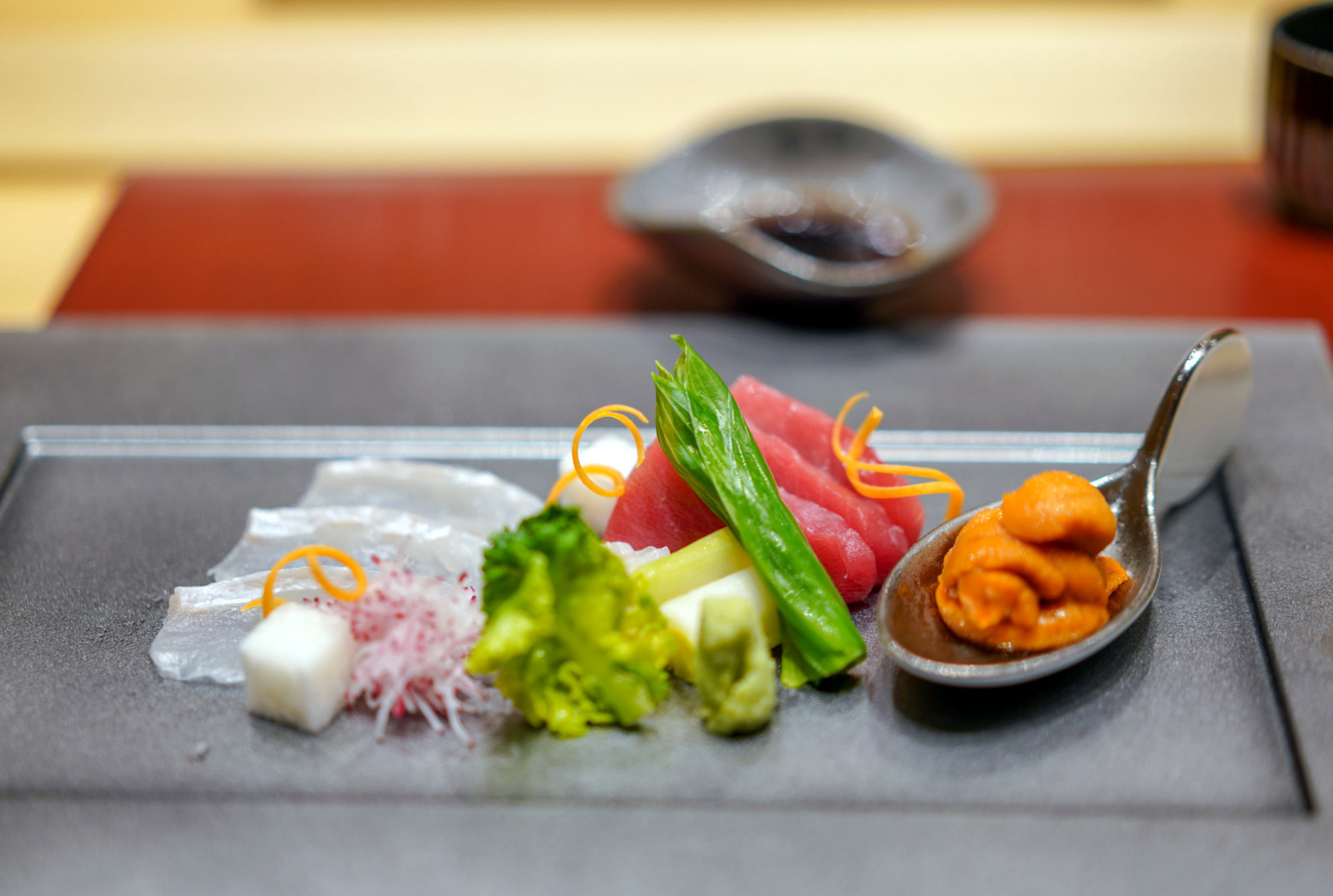 For another perspective to Ginza Tenkuni's capabilities, the restaurant also now offers full-fledged kaiseki menus. With springtime nearing full bloom in Japan, the bounty of the land dominated the opening salvo of our five-course lunch - broad beans, burdock and lotus roots conveyed a vivaciously juicy crunch, as if they'd been freshly harvested from a garden within this hotel earlier that morning, dispensing sheer delight in every bite, delicately in synergy with seafood like octopus and snapper roe, supplemented by the sweetness of tender tamago.

As far as sashimi selections go, the second course was irreproachable too - on nearly any other platter, the toro would have been a standout, but its spotlight was irreversibly stolen by the lusciously briny uni and the clean-flavoured hirame, served in a delicious flounder duet of lean, firm flesh and collagen-rich, sinewy fin meat. 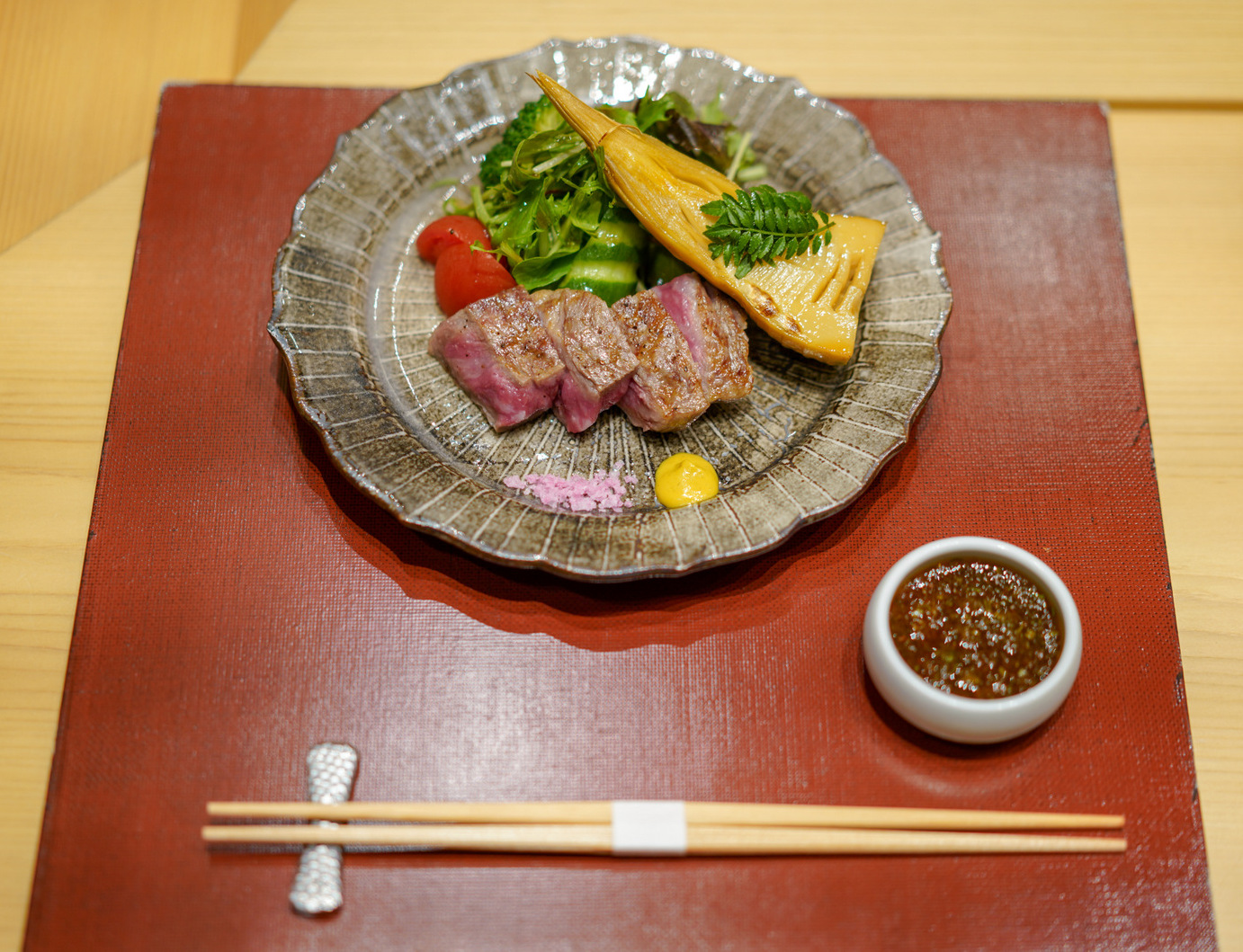 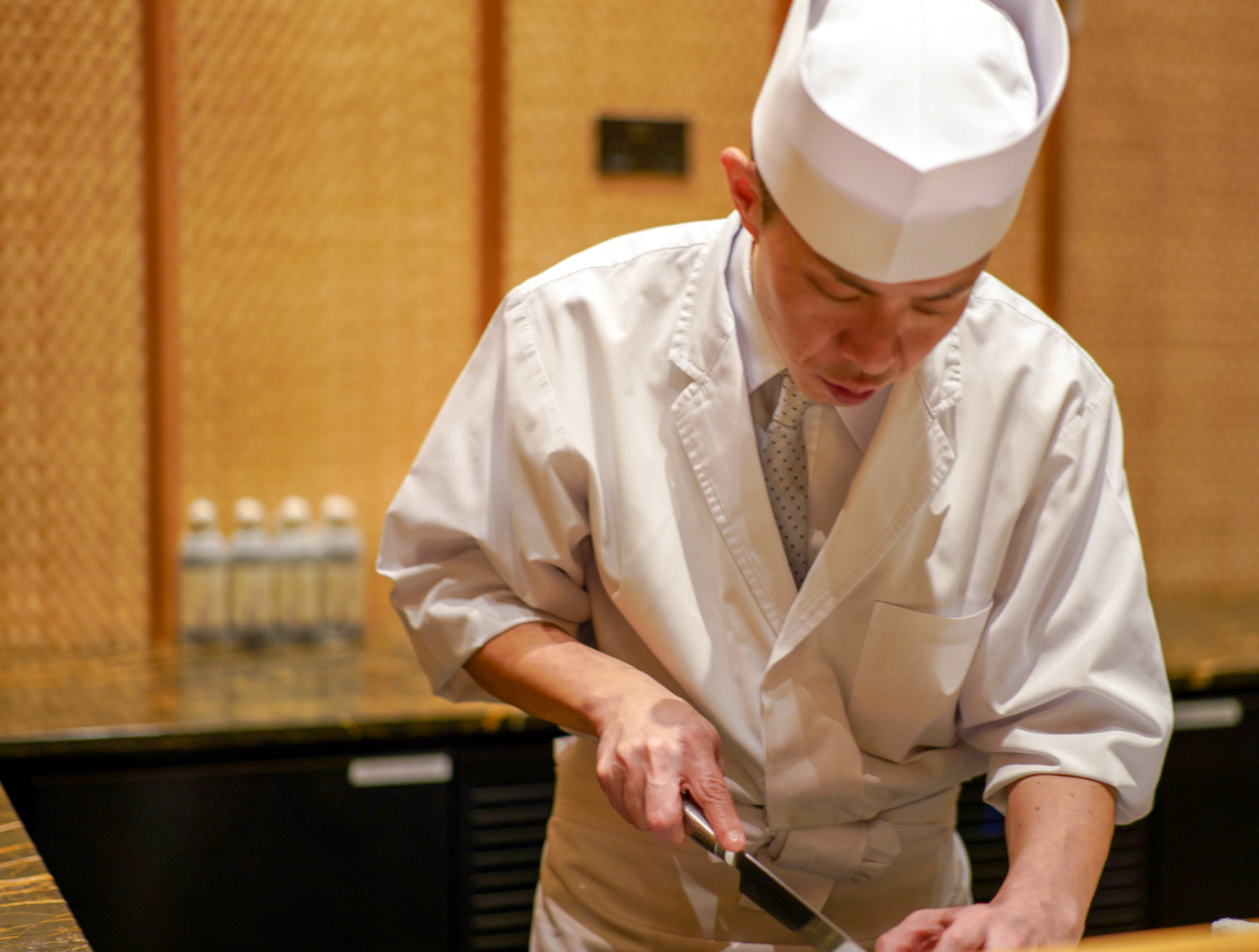 The yakinomo course might be the most eagerly awaited by beef-eaters: Ginza Tenkuni is Malaysia's sole establishment that secures whole, shed-raised cows from Muneharu Ozaki, the only cattle farmer in Japan who markets wagyu beef under his own name, originating from his pastureland in the southern prefecture of Miyazaki.

This prized Ozaki beef is beautifully balanced, pronounced in its clarity of flavour but still light-tasting enough to enjoy beyond the preliminary few slices, pleasurable in the richness of its chew without being cloying - in fact, Ginza Tenkuni is capable of constructing an entire meal around this beef, via a five or seven-course Gyu Kaiseki menu that's also offered daily for lunch and dinner, with potential highlights like Ozaki beef shabu-shabu and various stewed and fried preparations. 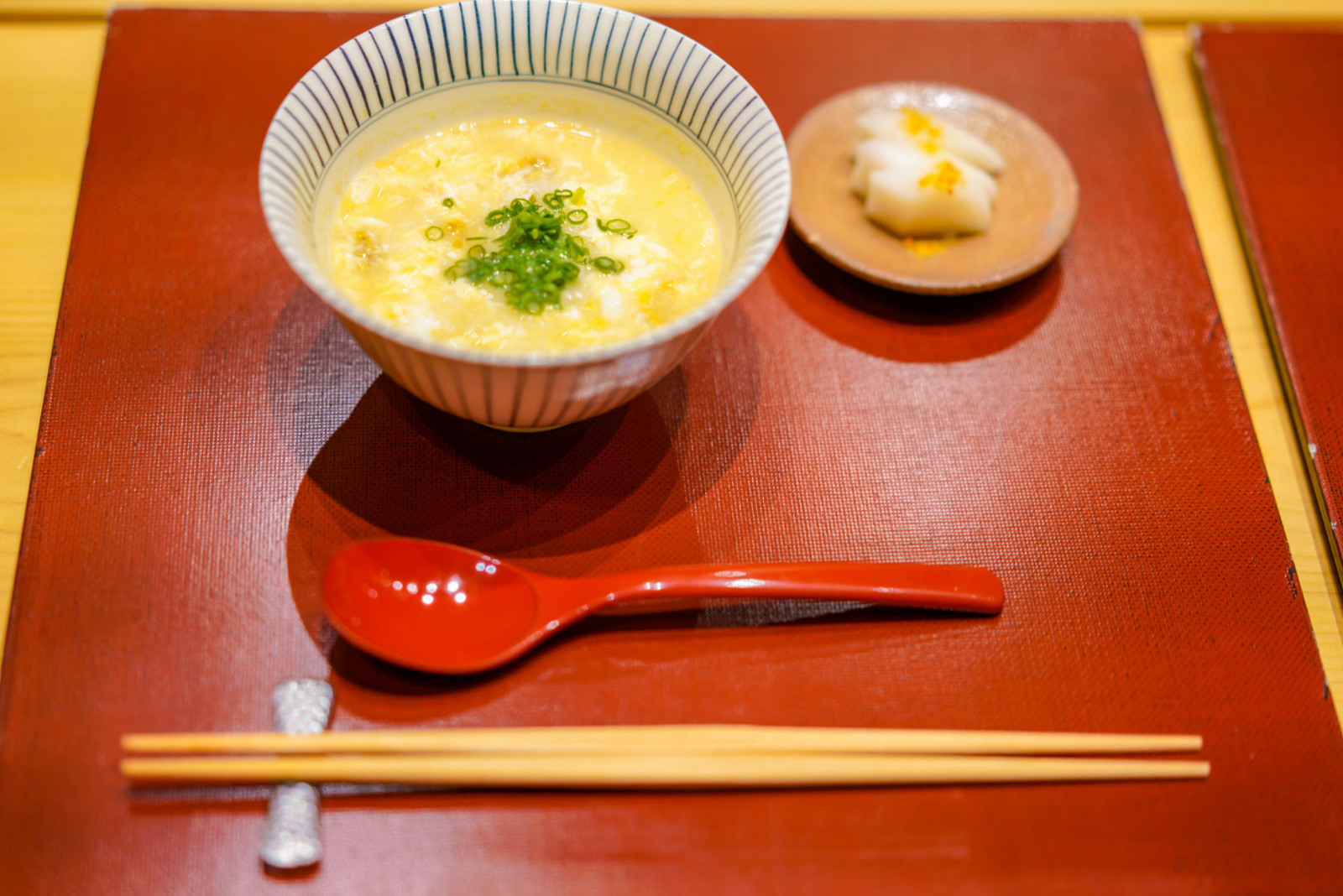 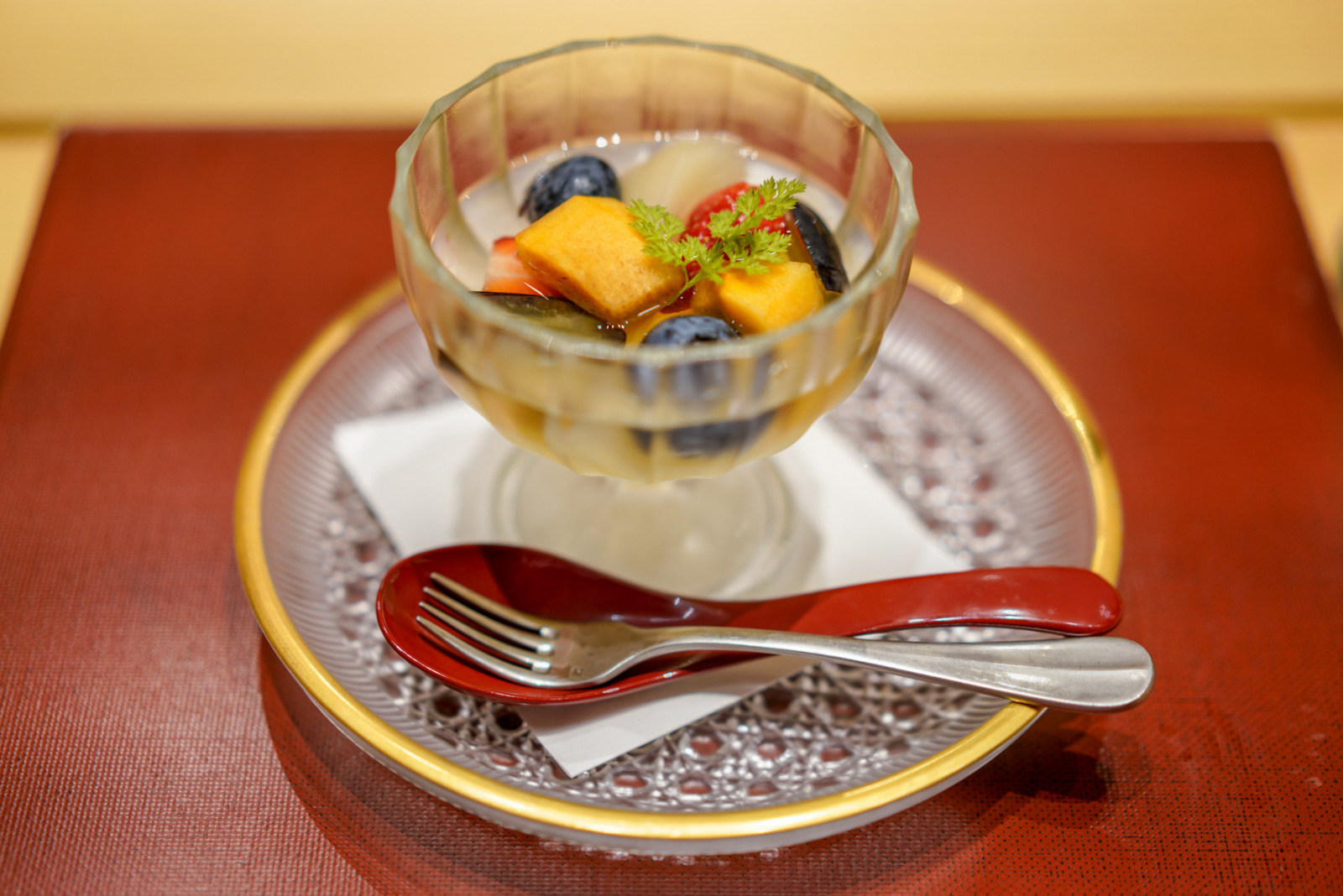 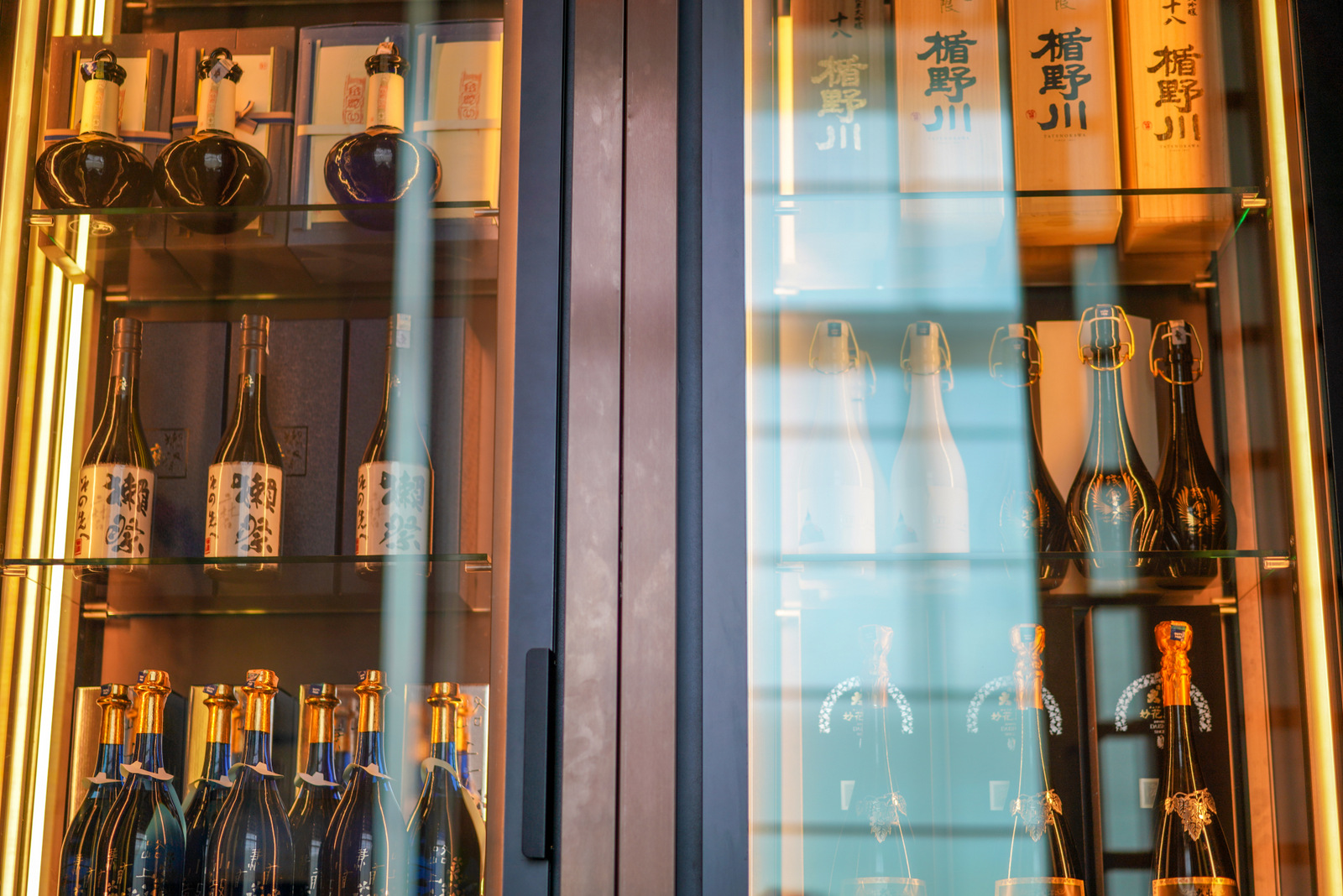 Embracing the epic scope of a meal that's somehow contained within merely several courses, the next serving both brings us back to the ocean while finally reaching the rice fields: You'll uncover spoonfuls galore of delectable sea urchin in the bowl, enhancing a heartwarming porridge in a recipe that's soulfully tethered to tradition.

This five-course kaiseki above clocks in at RM700, while seven courses would be RM1,100 (the beef kaiseki is RM900 and RM1,400 respectively), available for both lunch and dinner.

If you're able to linger, Ginza Tenkuni boasts a tremendous sake selection, meticulously curated to include numerous fascinating and rare choices - for the restaurant's current second anniversary celebration, many of these sakes are being offered at festively discounted rates of up to 45 percent off.

Many thanks to Ginza Tenkuni for having us. 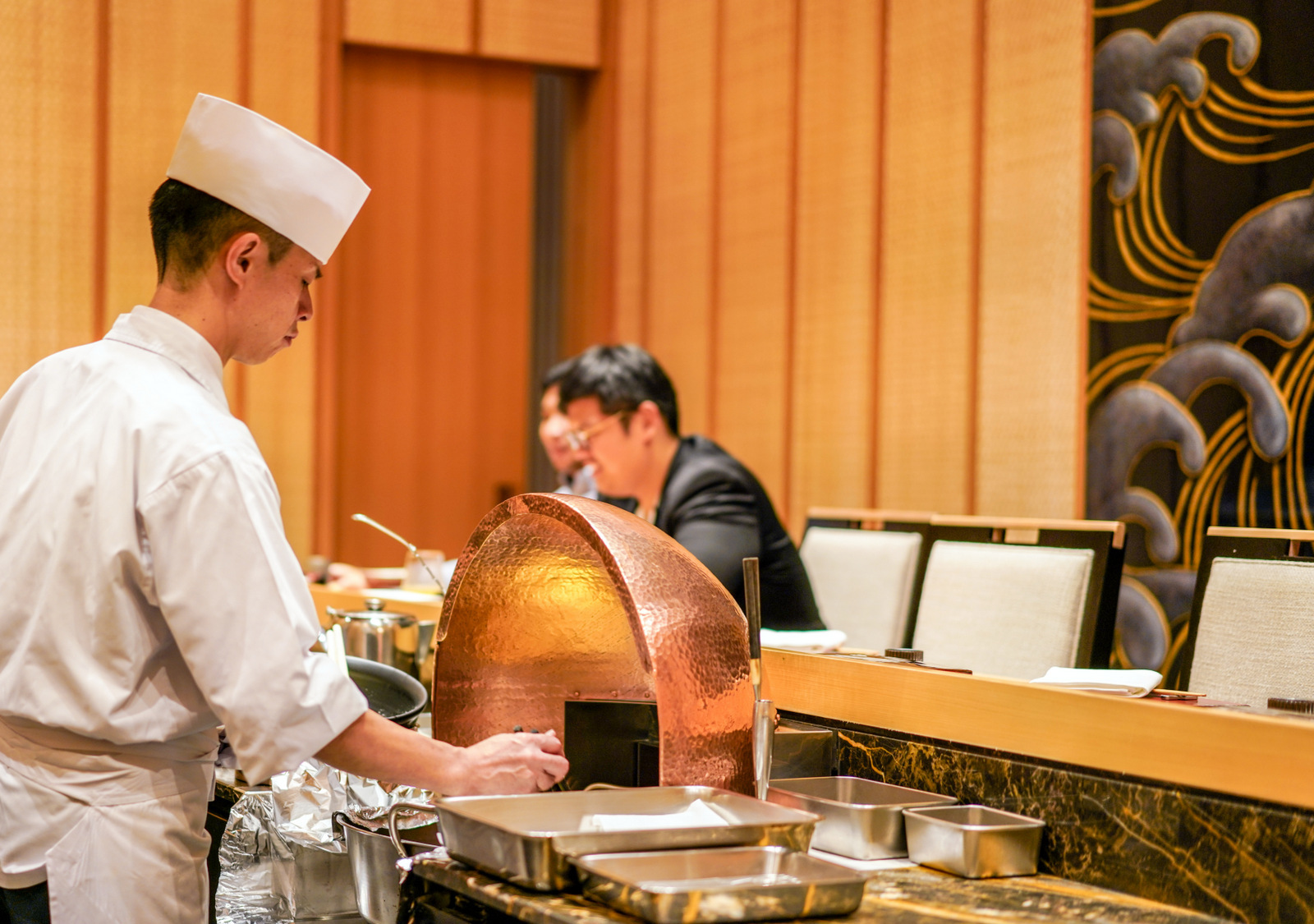