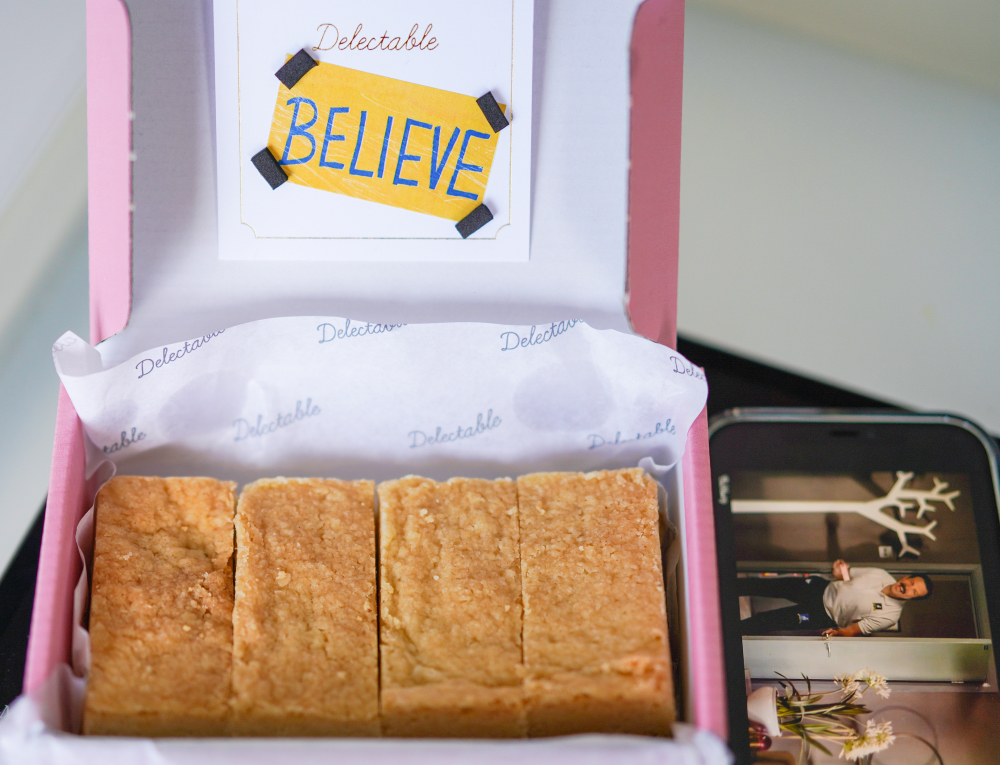 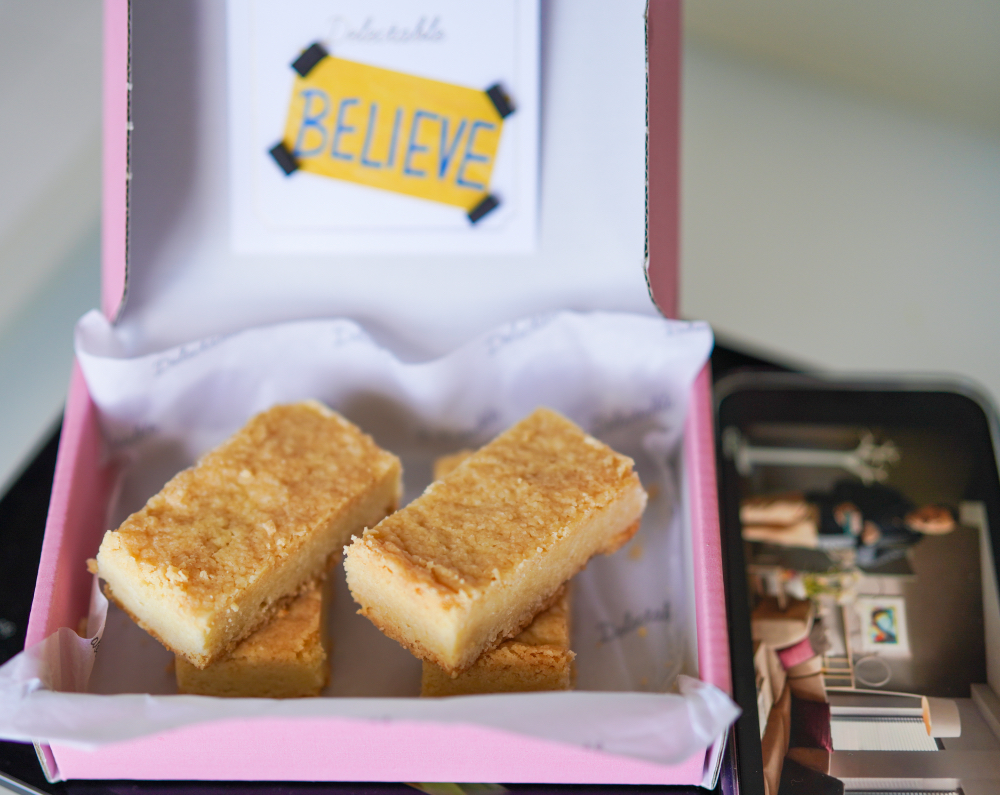 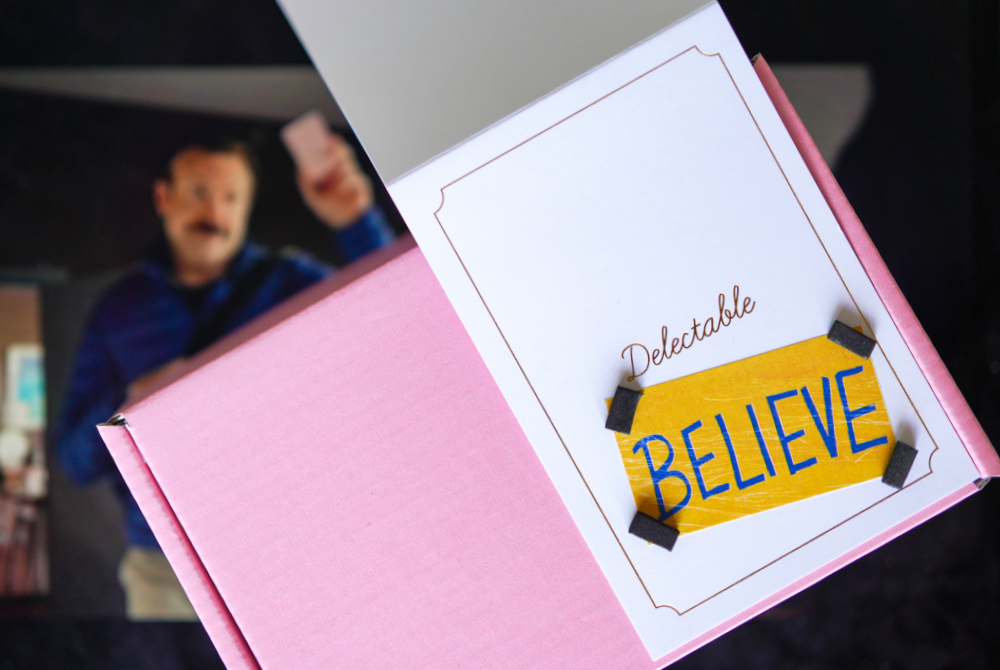 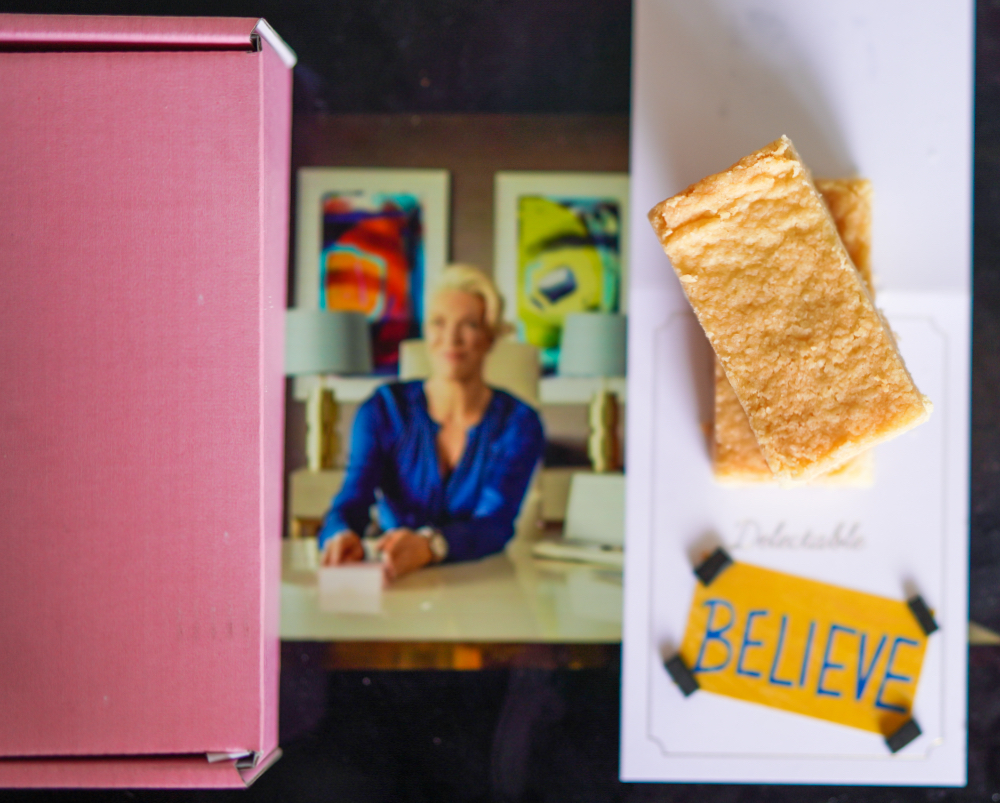 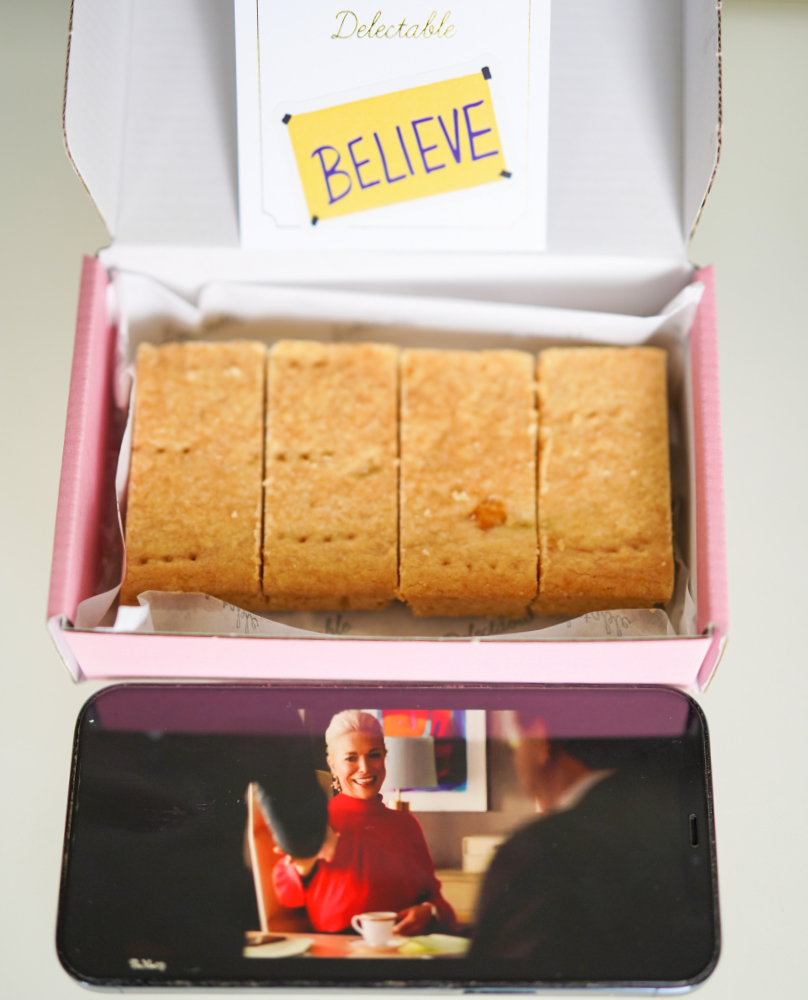 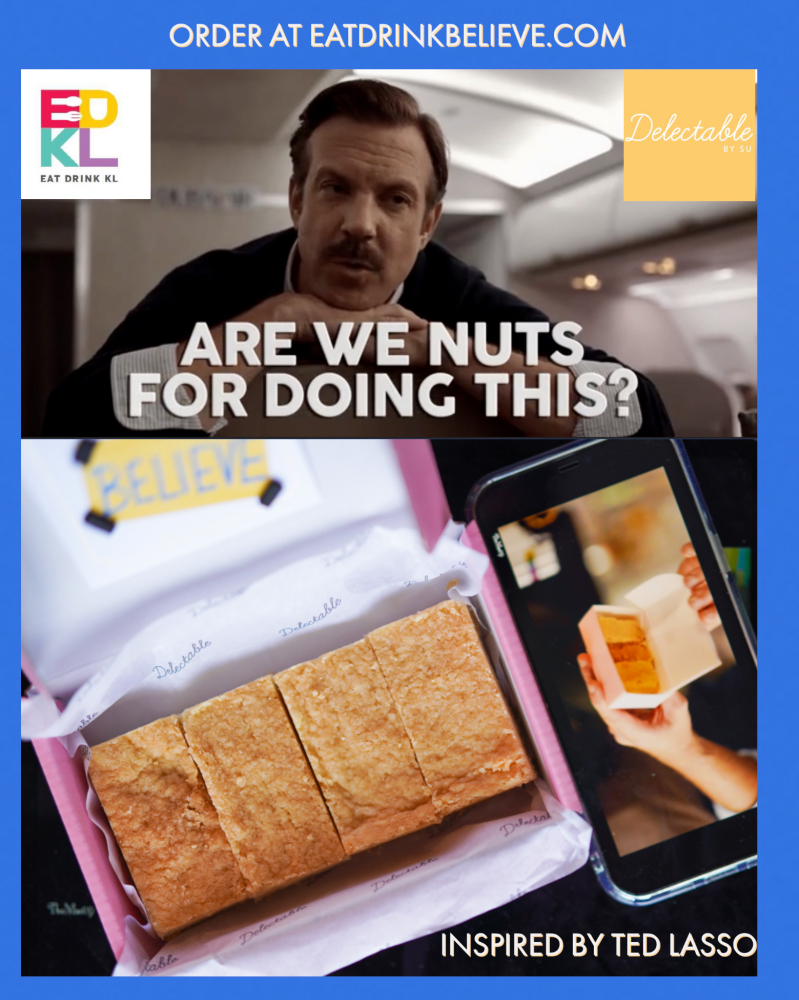 If you've been watching Ted Lasso on Apple TV+, you've probably been craving the shortbread biscuits that Ted bakes and brings every morning to his boss in a pink box.

For the first time in Malaysia, you now can order these Ted-inspired treats, presented perfectly in Ted's signature pink box with a Believe message card!

These baked beauties are freshly crafted every morning by one of KL's best bakers, Delectable By Su, in an exclusive collaboration with Eat Drink KL, relying on the semi-official Ted Lasso recipe! 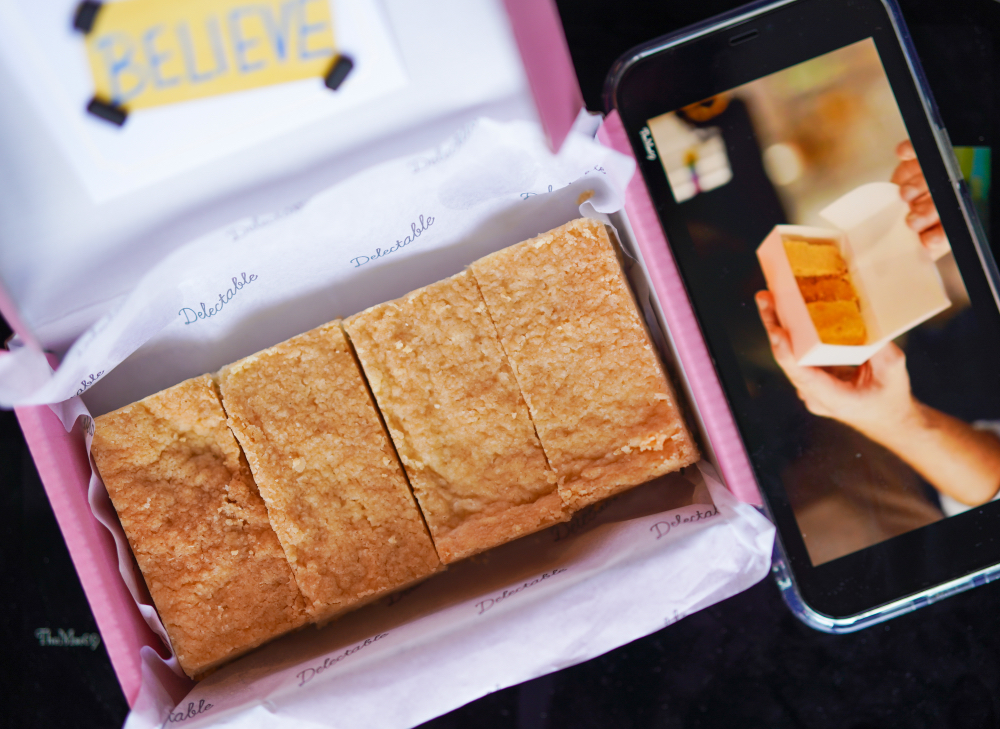 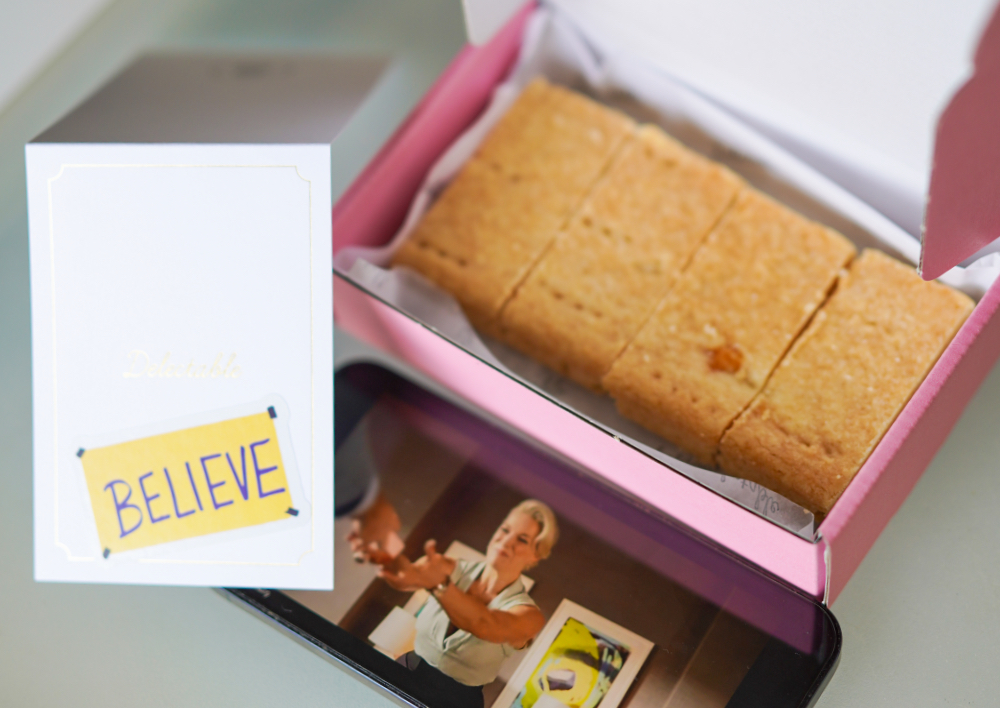 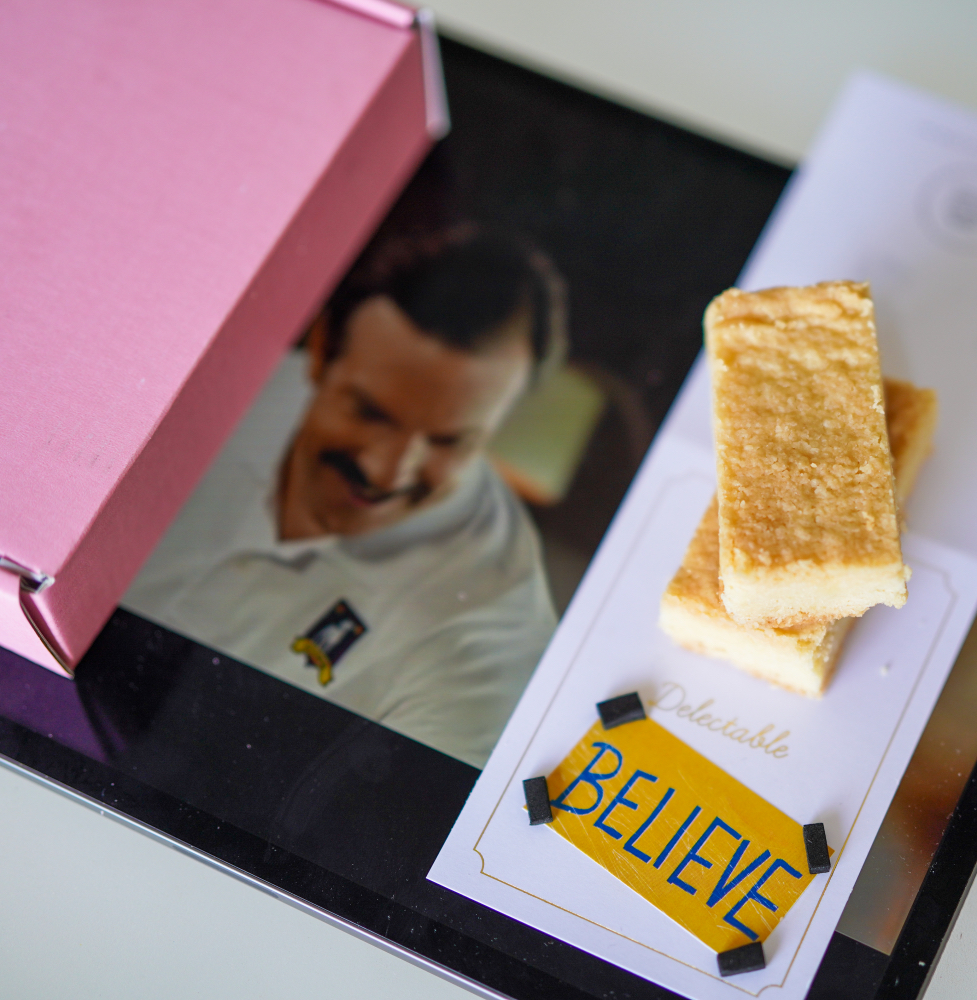 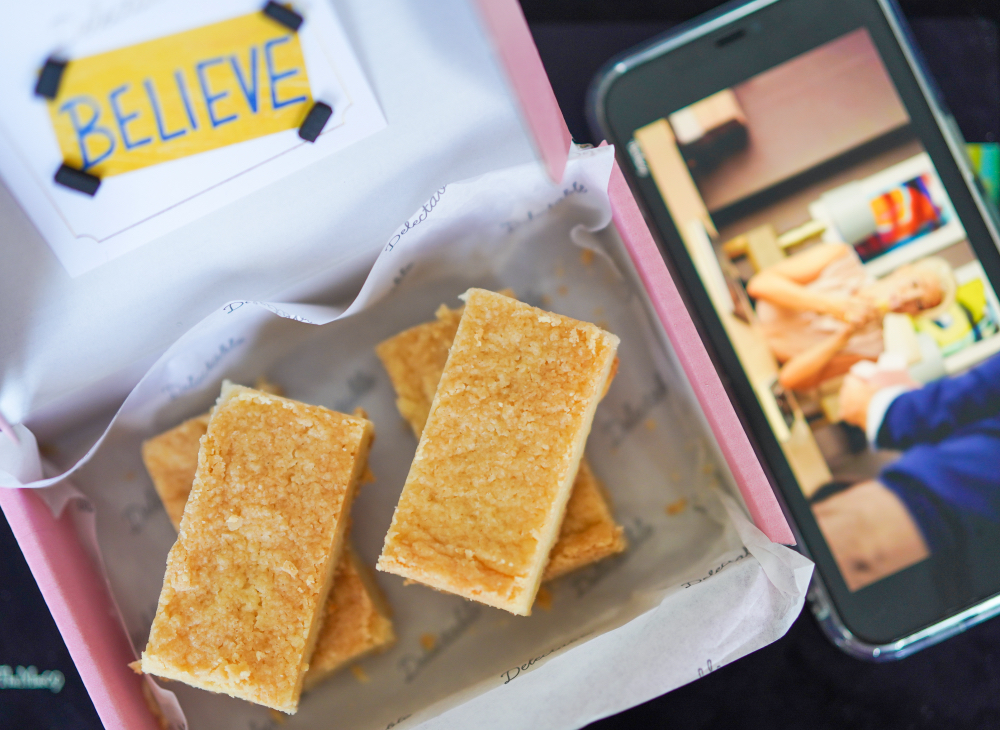 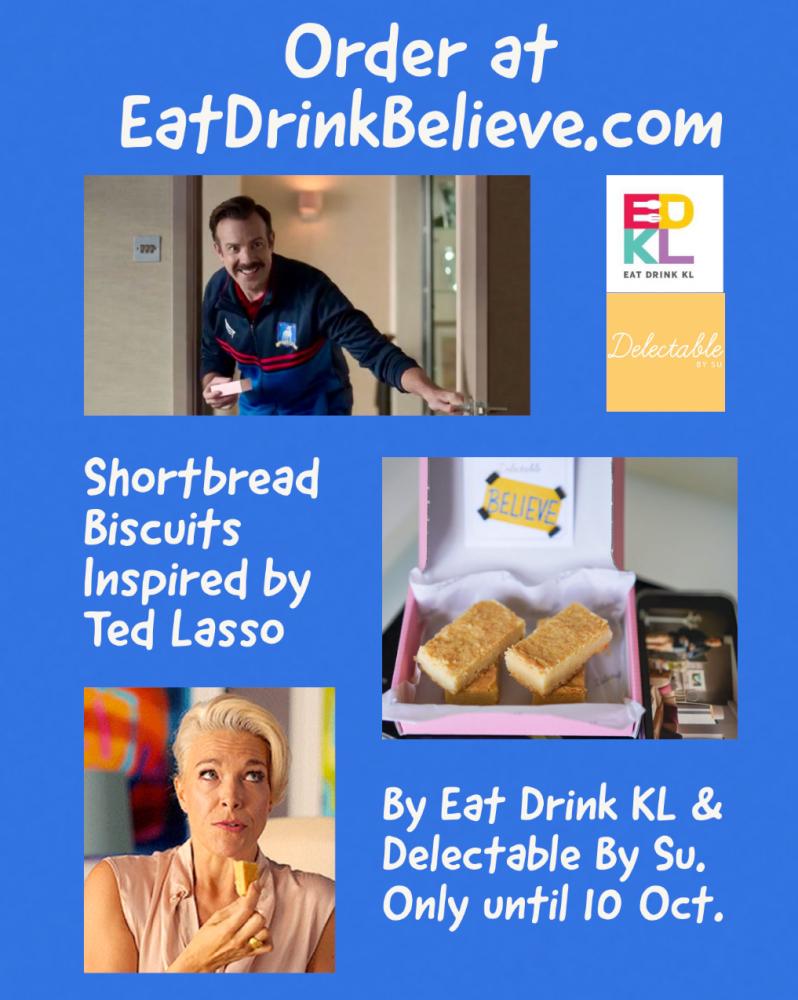 If you haven't caught up with Ted Lasso, the comedy follows how Ted, an American football coach, is hired to coach an English soccer team and wins them over with his folksy optimism. The Emmy-winning show is now in its second season, with new episodes streaming every Friday until 10 October.

Ted is known for his shortbread biscuits, which he lovingly bakes for his boss, Rebecca, and the Richmond football team.
We hope you'll enjoy these biscuits, which stay true to Ted's spirit of positivity!
Each box comprises four large, chunky shortbread biscuits, baked with French butter and premium ingredients by Delectable By Su, one of the city's top bakers since 2009.
For 12 years, Delectable By Su has been a pioneering force in KL’s baking scene, offering designer temptations with an expert touch - we’ve especially loved her buttercream floral cakes. Our Ted-inspired shortbread biscuits come straight from Su’s ovens in Glasshouse at Seputeh, baked to order and available exclusively online.
Every box comes with a special Believe card, which we can personalise with a message to your recipient.
Expect crumbly, melt-in-the-mouth bliss, rich, full-bodied and fragrant in every bite!
Ideal for savouring while watching the latest episodes of Ted Lasso or as a delicious gift to your favourite people. 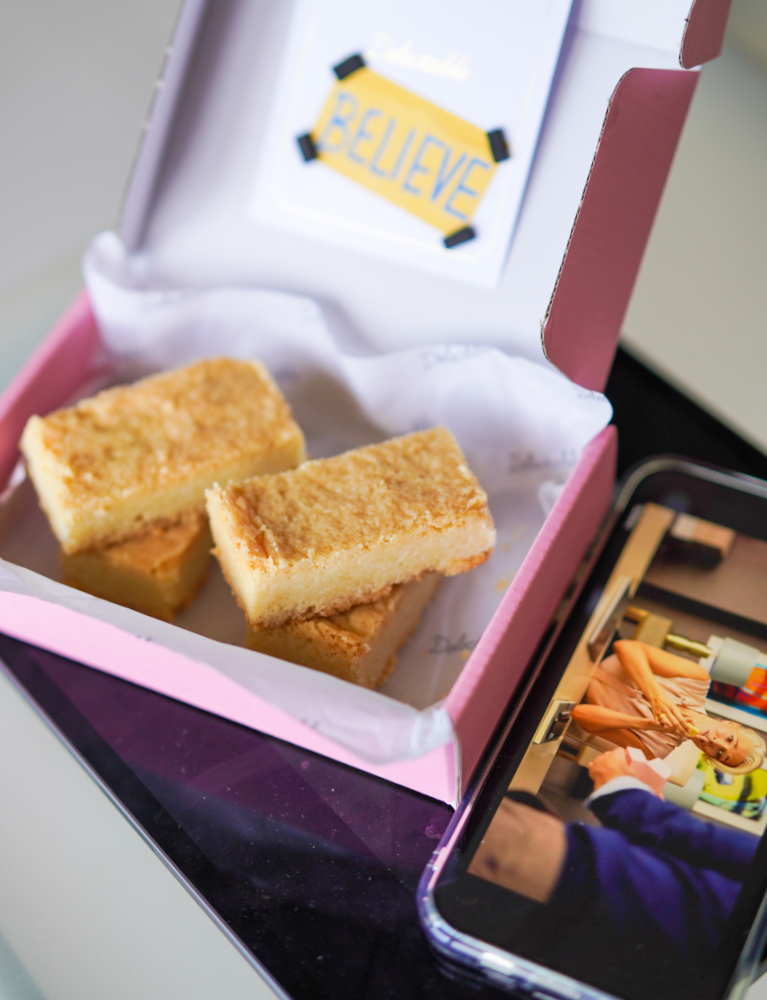 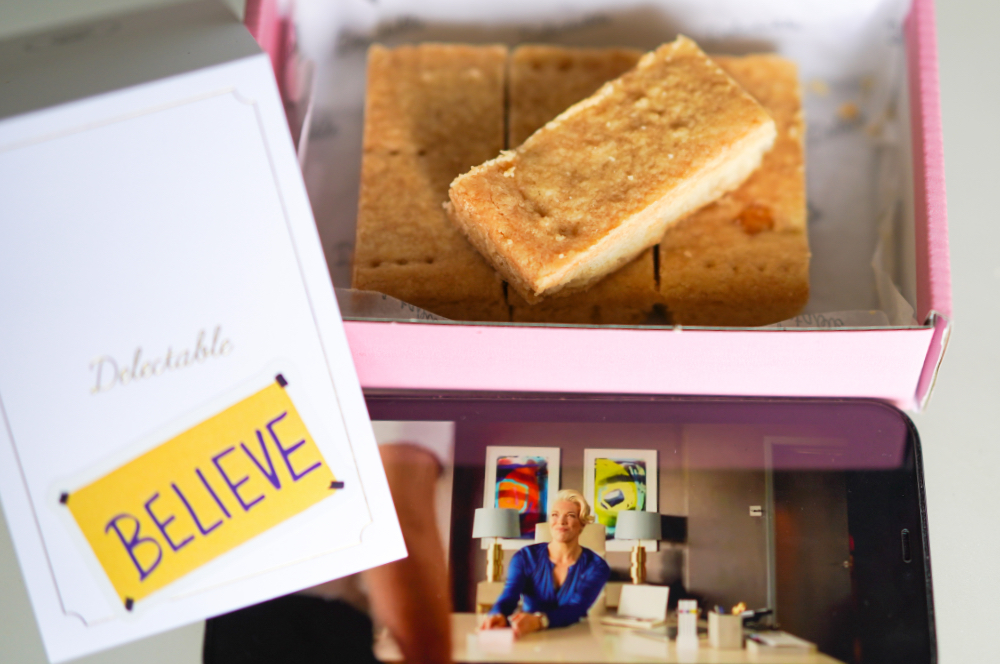 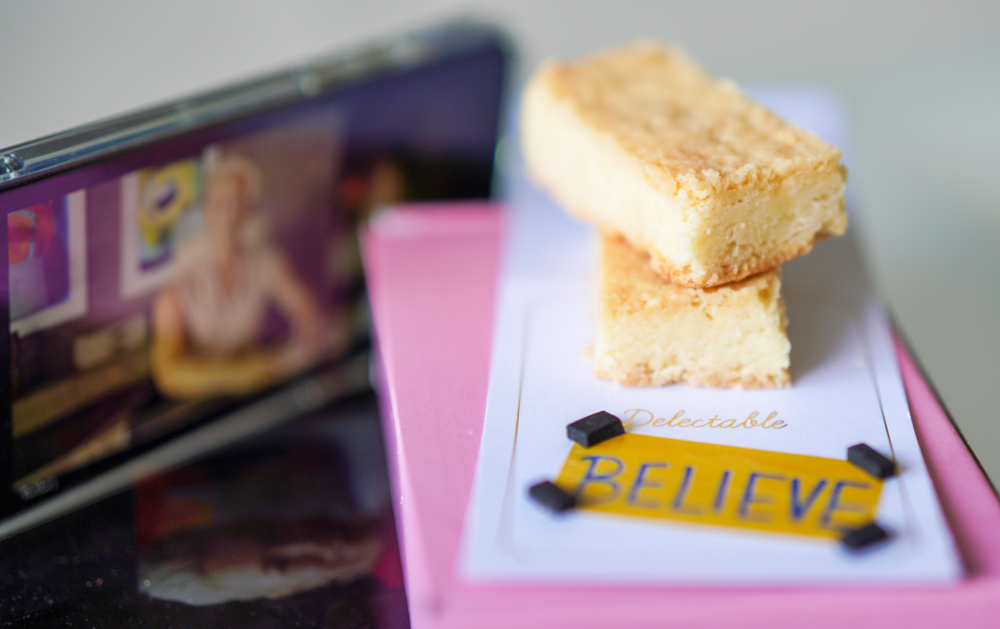 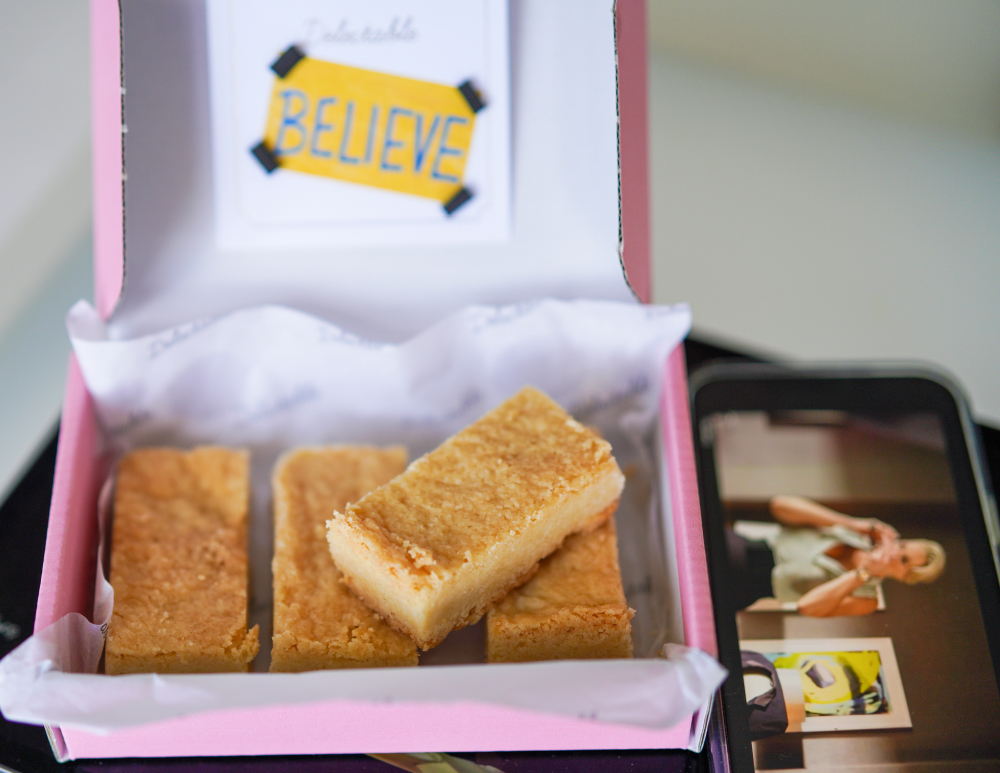 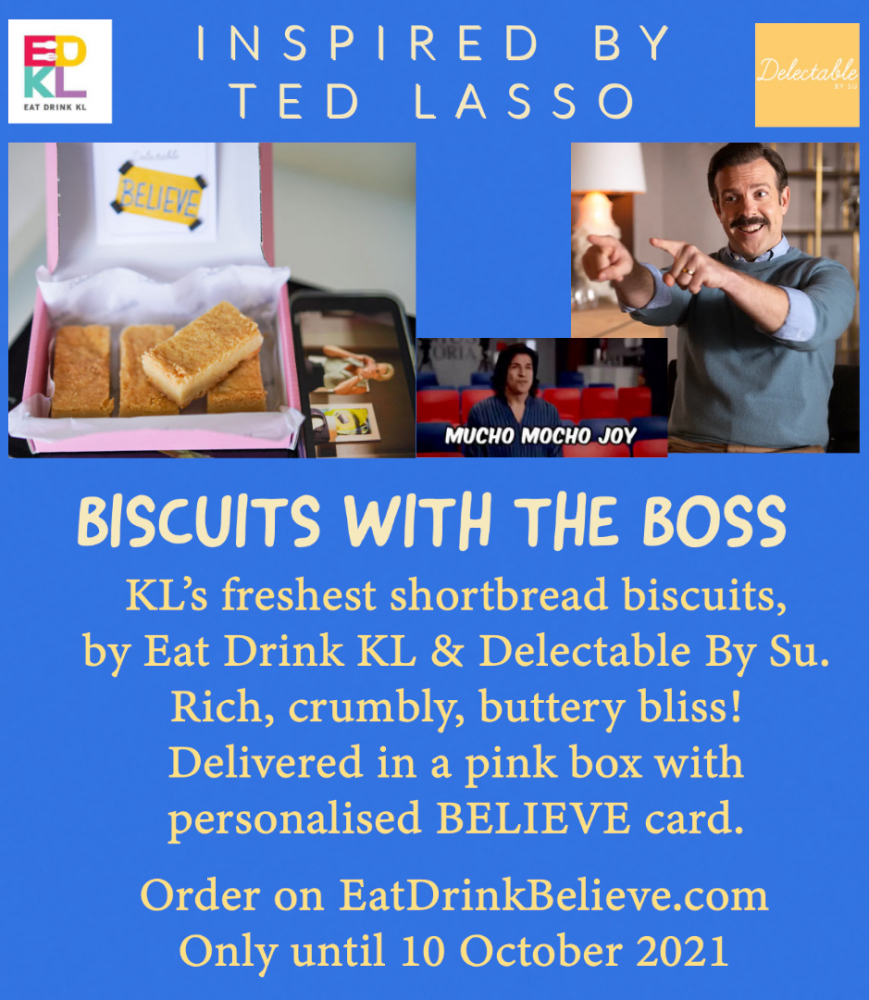 Biscuits With The Boss is available only until 10 October 2021.

Each box costs RM20. You can also order three boxes for RM50.

Next-day delivery is offered for orders received by 5pm daily. You can select from hourly delivery slots between 11am to 4pm, available throughout the Klang Valley.

Su bakes limited batches for us everyday, so place your orders soon to ensure you make the cut!

Note: This promotion is not affiliated with or endorsed by Apple TV+.