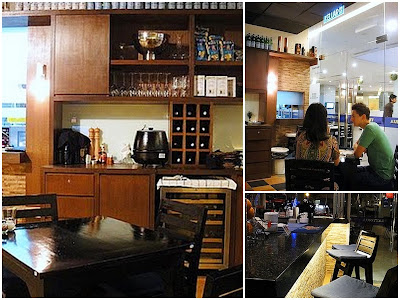 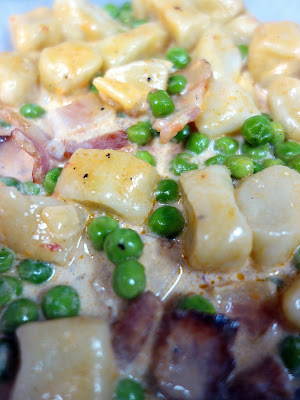 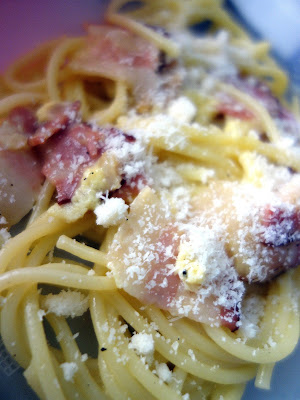 Classic pork carbonara. Trattorias kindest trait: its willingness to offer pasta in both regular & small servings; this cost RM14 before taxes for a light-eaters portion. 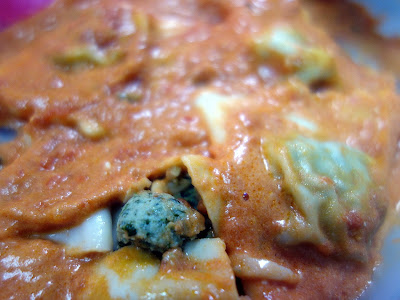 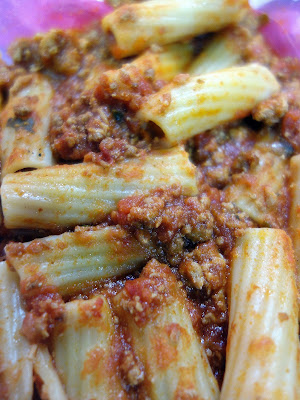 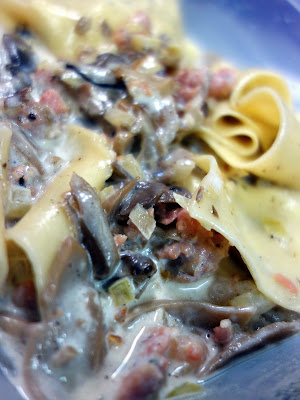 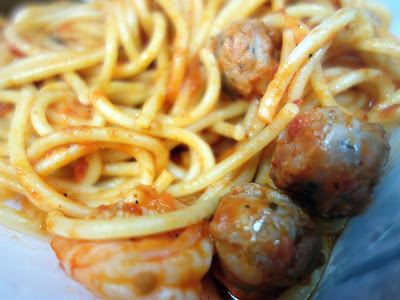 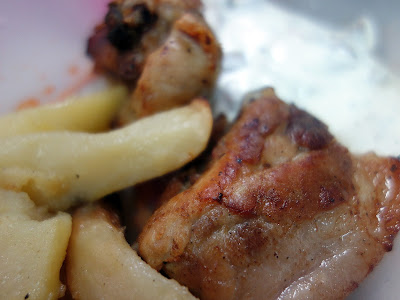 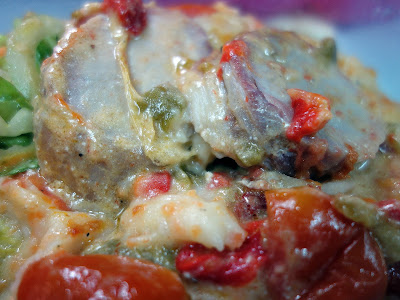 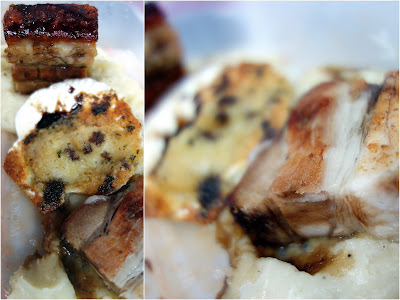 This might not look alluring, but its amazing: pork belly, crispy-skinned & succulent-fleshed, with cheese-crusted scallop. 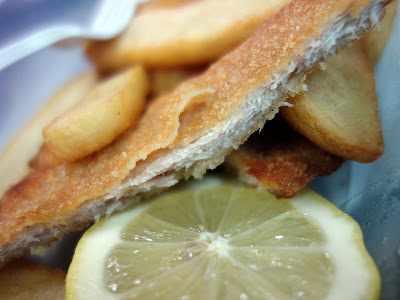 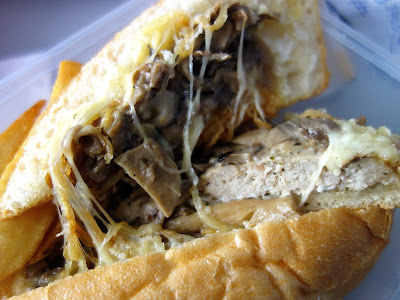 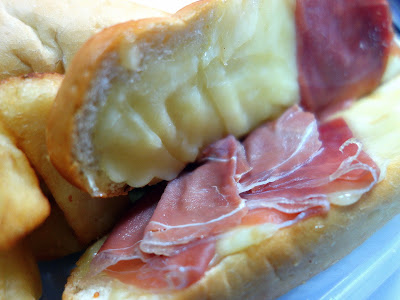 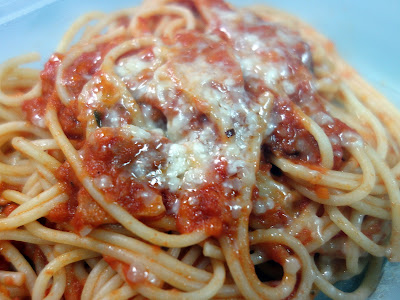 So not everything heres a total hit: the spaghetti amatriciana, with bacon, tomato sauce & pecorino cheese, is OK but its rather wan flavors might pale against its peers. Skip the knuckle, maybe; when we tried it, it bore an overly porky, off-putting stench. 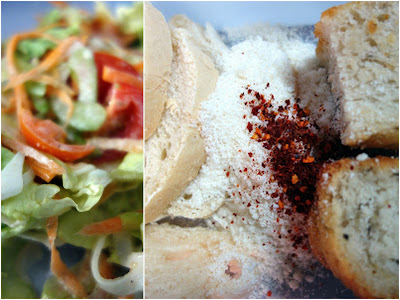 Some nondescript salad to counter the sinfulness of this porky spread, though that veggie virtue itself is countered by the side serving of bread, cheese & chili, supplied for stomach-stuffing. 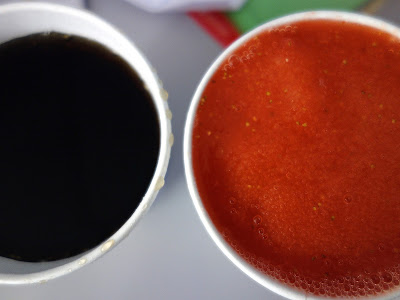 Trattoria sells cocktails for drink-in & takeaway. Try the South American ones, like Cuba Libres, Margaritas, Caipirinhas & so on.