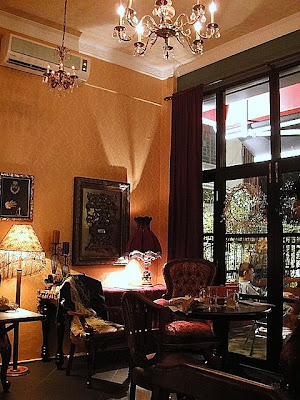 The Red Victorian's quirky decor makes it one of Changkat Bukit Bintang's most singular settings, though some might find it kinda kitschy. Do 19th-century ornaments belong in (A) a restaurant, (B) a museum, or (C) a haunted mansion? 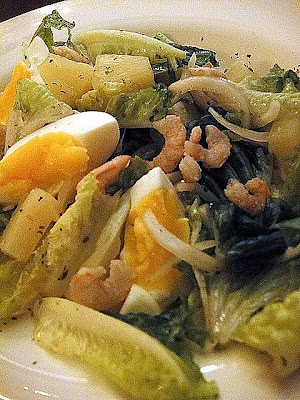 The menu here features a mishmash of mostly Western recipes. This "Summer of Love" salad was supposed to contain cucumbers, red onions, boiled eggs, pineapples & shrimp, but the cucumbers were replaced with lettuce, while the shrimp was absent until we requested it (yep, missing ingredients are a pet peeve for us). Not a bad recipe, but forgettable. 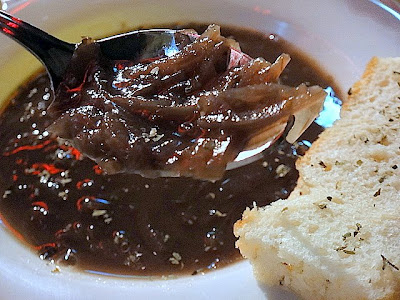 Onion soup with beef bouillon & red wine. Flavorsome enough to mop up with the bread, though it could nevertheless have been richer. OK, that's nitpicking. 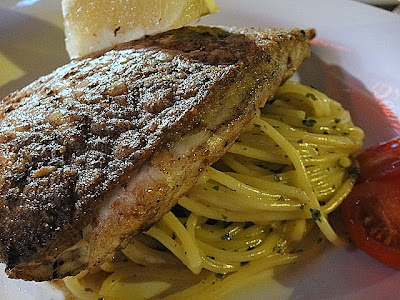 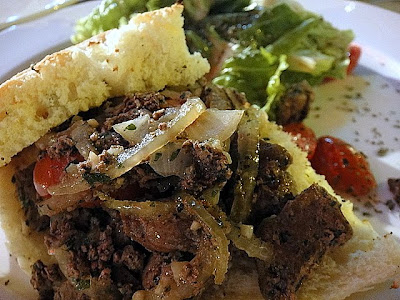 Pan-fried sliced calf liver with tomatoes, onions, garlic & bread. Chewy, strong-tasting offal. Not exactly a crowd-pleaser, but liver lovers should be OK with this. Potato pancakes. Basically rosti, but pretty much perfect. Chunky potatoes _ crisp on the edges, soft and fluffy inside. Not greasy at all, the 'pancakes' worked fabulously with the creamy mushroom sauce. 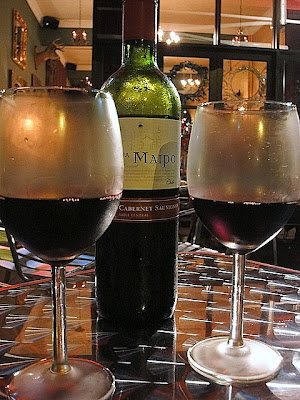 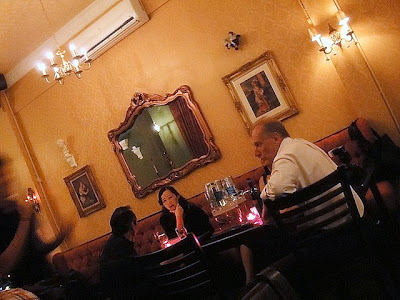 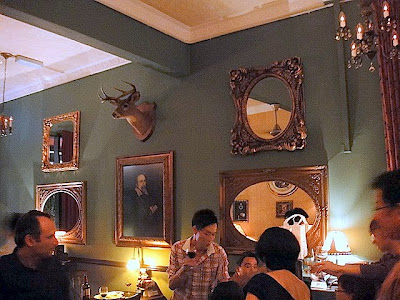 The Red Victorian,
Lorong Sahabat, Off Changkat Bukit Bintang, Kuala Lumpur.
Find us on Find us on