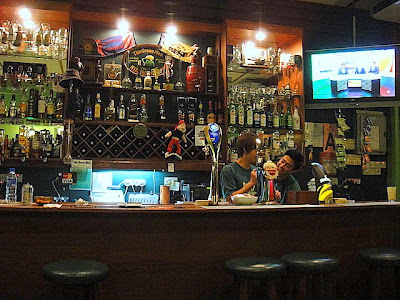 The Green Man has held its ground despite the onslaught of flashy new outlets at Changkat Bukit Bintang in recent years. While it's not exactly one of this street's best eateries, it still serves passable, stomach-filling fare. 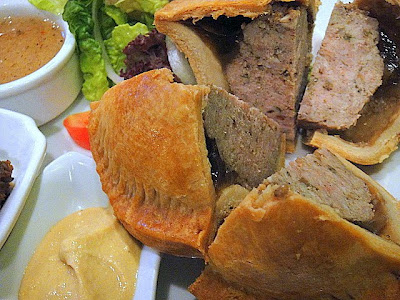 Homemade pork pie with Colman's mustard & sweet pickles. This is the Melton Mowbray recipe, using fresh chopped pork instead of cured minced meat for a smoother texture and more robust taste. Served cold, with a lovely layer of jelly between the pork and the crust. 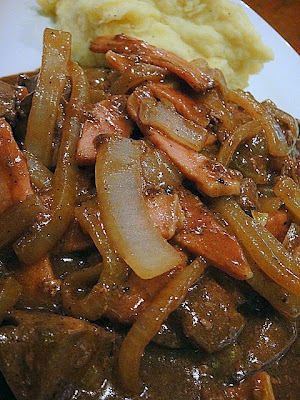 Pork liver, back bacon & onions, lightly fried in brown gravy with mashed potatoes. A hearty, savory platter that won't win any awards, but that's the nature of pub grub, right? 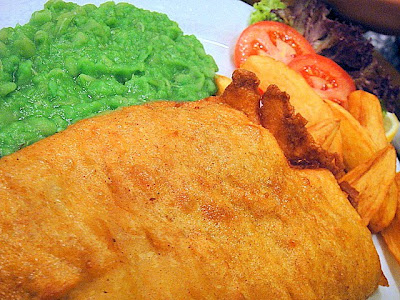 Beer-battered fish & chips with mushy peas & thick-cut fries. Nothing terribly wrong with this, but there's fresher, more satisfying fish at The Magnificent a few doors away. 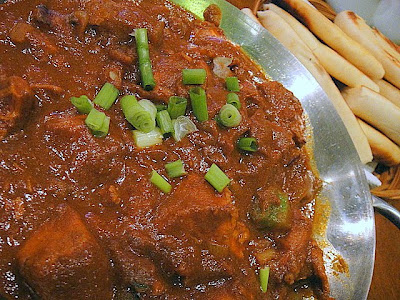 Chicken Balti (a Bangladeshi dish made famous in Birmingham, according to the menu here). Basically boneless chicken curry served in a wok with naan. Super-spicy. 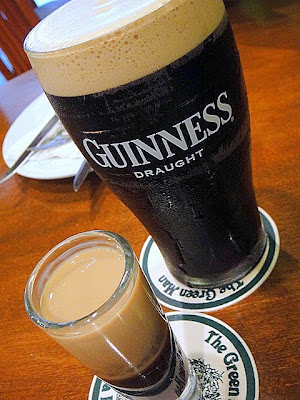 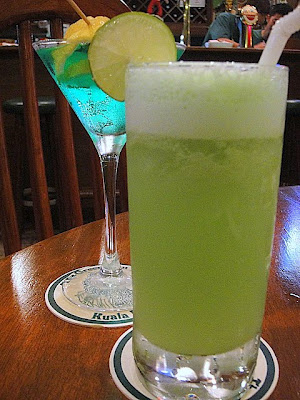 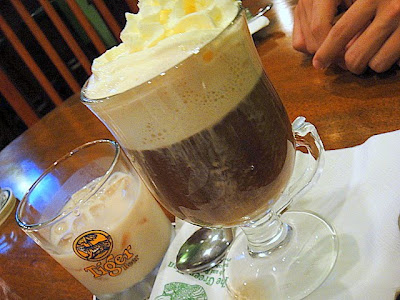 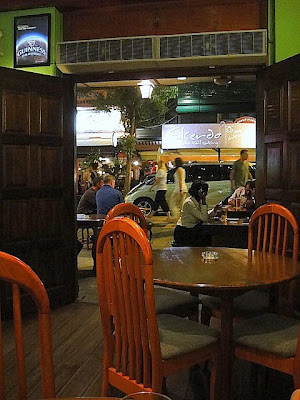 The Green Man,
Changkat Bukit Bintang.
Find us on Find us on