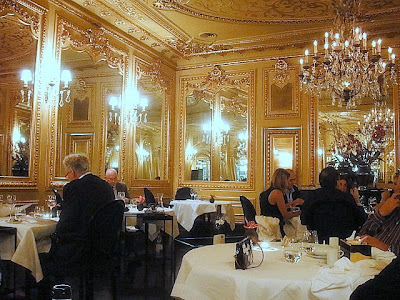 Portugal, Part V: Lisbon's oldest restaurant, opened in 1784, is also the city's most opulent, reminiscent of a palace room. 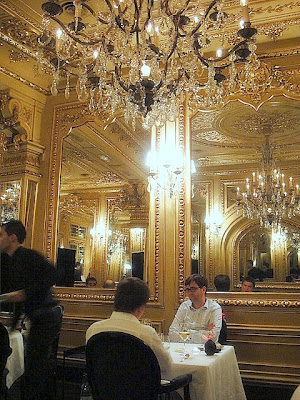 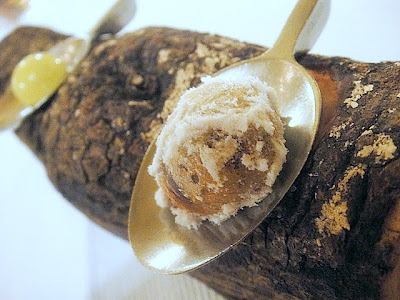 An amuse bouche of olives, but like none we've ever seen before. One was a "molecular cuisine" sort that burst open for a liquid explosion on our tongues, while the other was a lightly battered variety similar to fluffy tempura. 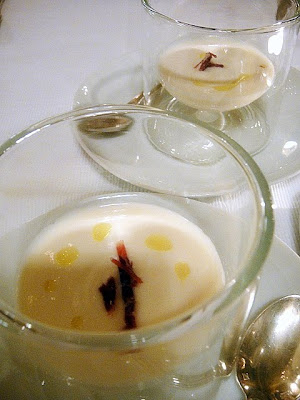 Celery cream with smoked ham & truffle oil. First impression: if the complimentary starters were this unabashedly decadent, we could scarcely imagine how the main courses would turn out. 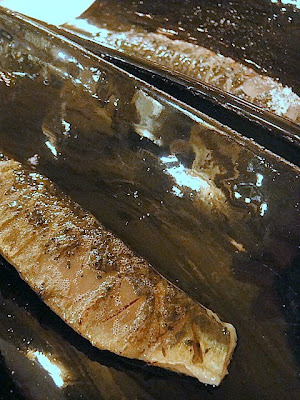 Marinated mackerel in roasted pepper gel & oregano. Not foul or fishy at all, this boasted a briny freshness that put us in the perfect mood for seafood. "The Garden of the Hen That Laid Golden Eggs." A long-winded name for an elaborate egg recipe with earthy aromas emanating from a complex combo of mushrooms & veggies. 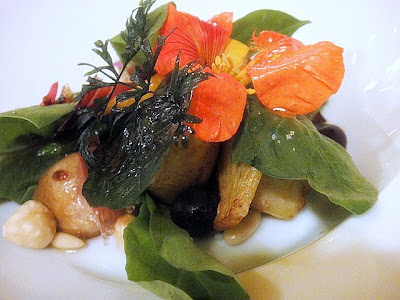 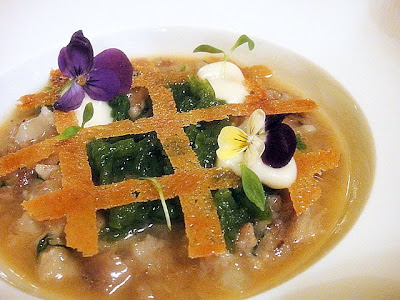 Pig trotters with coriander gelatin & bread from Alentejo. Mushy and boneless; virtually like eating baby food, but with a beguilingly intense porky flavor. 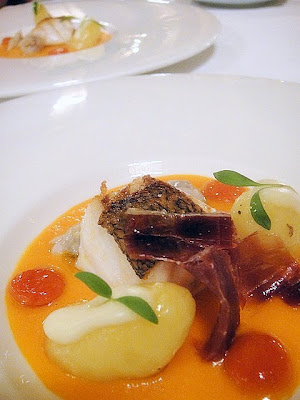 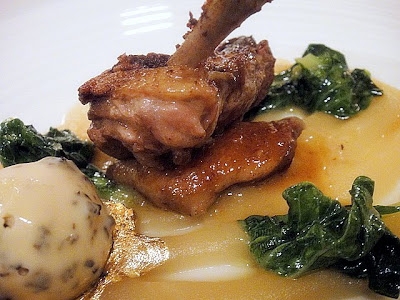 Roasted pigeon with Swiss chard, hazelnuts & cinnamon. Terrifically tender and flavorsome meat, but what made this a stupendous standout was the foie gras & black truffle "ferrero rocher" _ a brilliant creation that we'd happily eat all night. 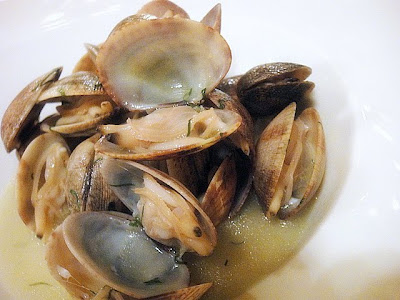 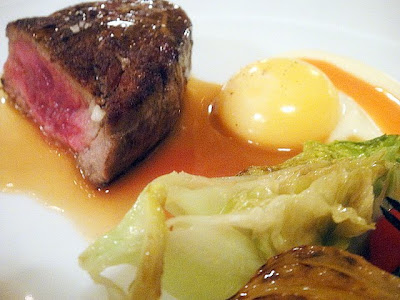 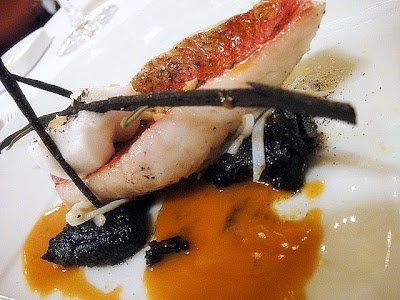 Another intriguingly named dish: "On the beach, on a fire" (visually, we could see why they named it so). Basically roasted red mullet & cuttlefish with squid ink migas & liver sauce. Each mouthful was a cauldron of savory oceanic flavors. 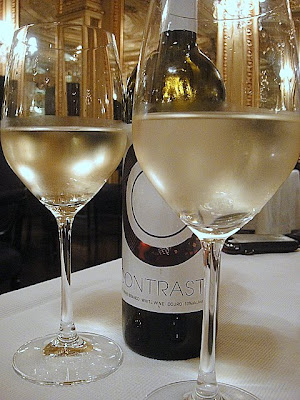 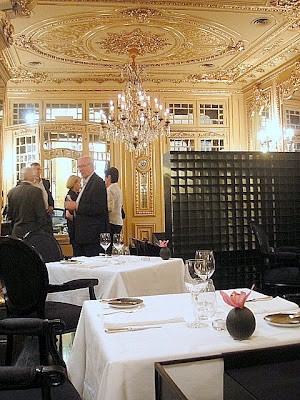 Tavares,
Lisbon.
Find us on Find us on