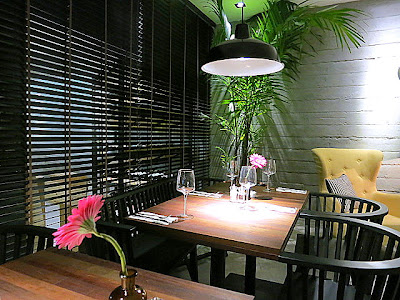 Here's Part Four of our S.Wine Quadrilogy, finishing up with a fourteen-dish feast.
Earlier entries on S.Wine: March 16, March 18 & March 20. 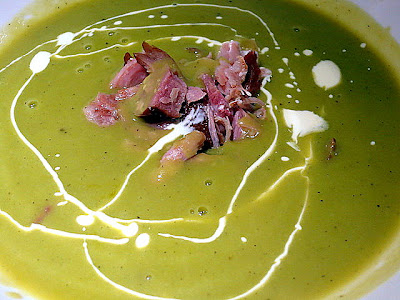 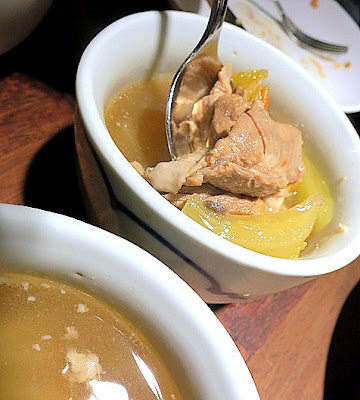 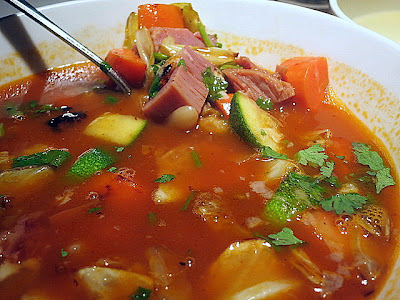 Ham-&-veggie soup, a tomato-based one with cannellini beans, barley & coriander. We gotta give a shout-out to Collin & Leong, the long-suffering leaders of S.Wine's week-old service team. They represent some of the finest folks on the BIG Group's front lines _ give 'em a raise, Ben! 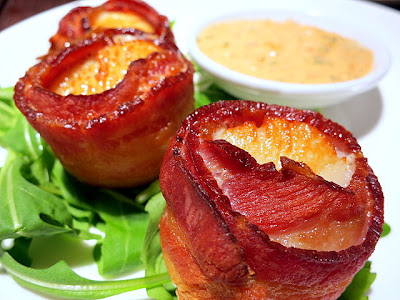 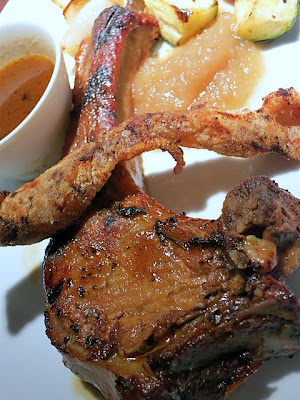 Roasted whole rib with crackling & apple sauce. For the first six days of S.Wine's existence, this dish taunted customers with its presence on the menu but was impossible to order because the chef insisted on perfecting the recipe. The crackling's chewy, but some want it that way. 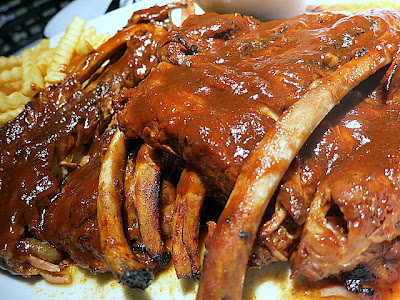 More ribs, this time in a baby-back slab of twelve, soaked in kitchen-made BBQ sauce. Masterfully prepared, with a flavorsome tenderness that rivals KL's best. Some might feel deterred by the roughly RM80-ringgit price tag, but this must be shared by two or three. 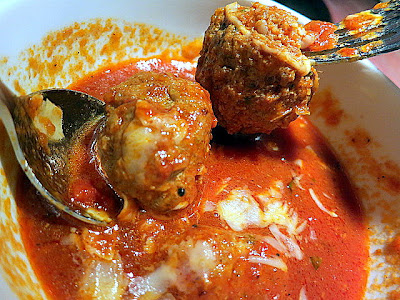 Pork meatballs in tomato-capsicum concasse. The closest thing to Spanish tapas at S.Wine. If the restaurant ever extends its business hours through midnight, we'd love to nibble carelessly on these bewitching balls at the witching hour. 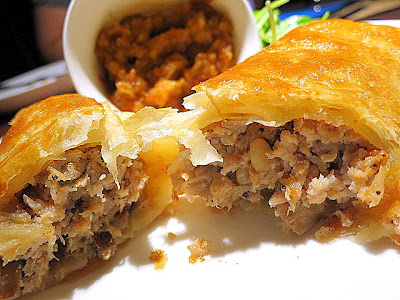 Minced sausage roll with tomato relish. How can we find fault with golden-hued puff pastry that's this light & flaky, without the tiniest trace of excess oil? Or stuffing that's so generously portioned & fabulously flavored with pine nuts, mushrooms & garlic? The truth is, we can't. 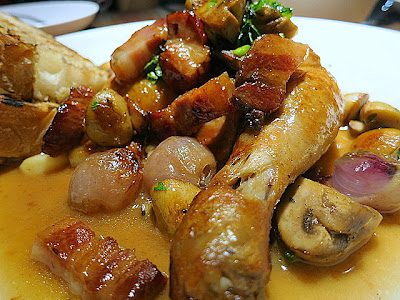 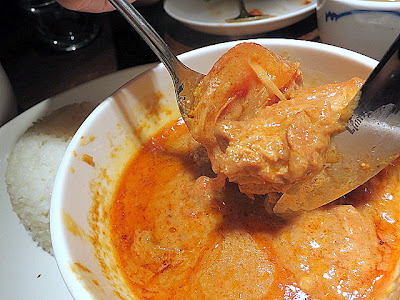 Nyonya assam pork curry, sweet & rich like nobody's business. Perhaps some potatoes could be splashed in for extra enjoyment, but that's simply being greedy. 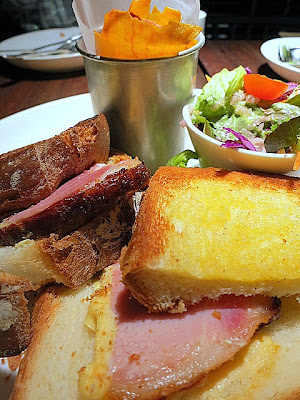 Thick buttered toast ('pain de mie' for Francophiles), filled with nearly-as-thick honeyed ham & Branston pickle spread. Notwithstanding the pork, this looks like something customers might find at Ben's, Plan B or Estate (it's a BIG world after all). But though we won't turn our snouts up at roast beef or chicken sandwiches, we'd rather hoof it to S.Wine for this. 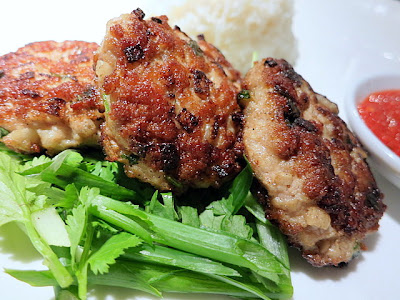 On the menu, this failed to whet our appetite: salted fish pork patties. But on the plate, it turned out to be one of our favorites (don't judge a dish by its description?). Hit all the right notes for taste & texture _ S.Wine shoots, S.Wine scores! 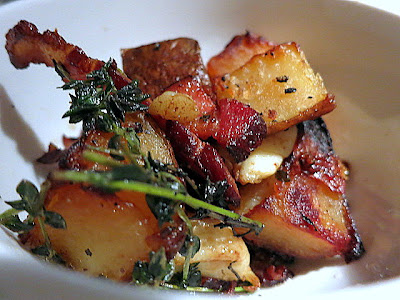 Epitome of evil, sin incarnate: Russet potatoes roasted in duck fat & accompanied by bacon, to send us straight into a starch-fueled stupor. 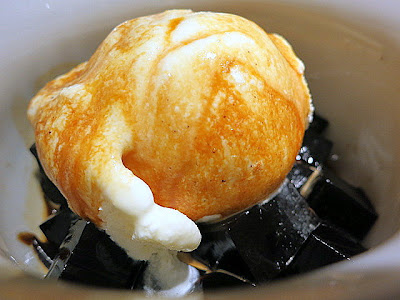 Is there anything on S.Wine's menu that's pork-free? Only one: a quirky-cool dessert of Chinese black jelly topped with vanilla ice cream, then topped further with a splash of espresso. 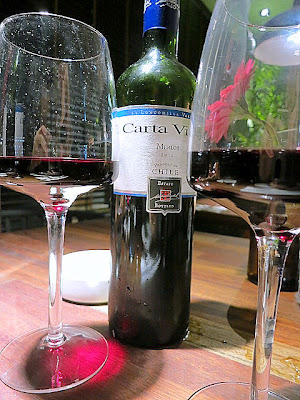 Last call: Wine from Booze.it at Ben's Independent Grocer. Extra tip: S.Wine's smoking section comprises two tables in an intimate, spacious setting. Take a risk & take a table there, since few venture inside; for three of our four visits, we had the entire room to ourselves. 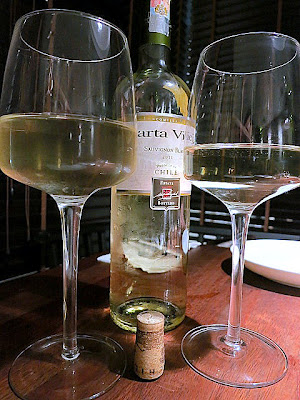