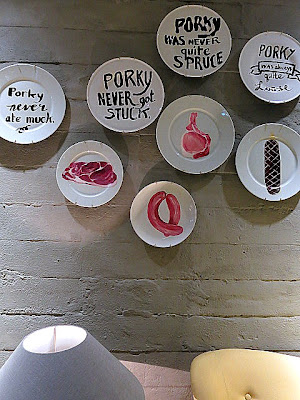 S.Wine: Round Two (of course one round wasn't enough!). Earlier entry: March 16. 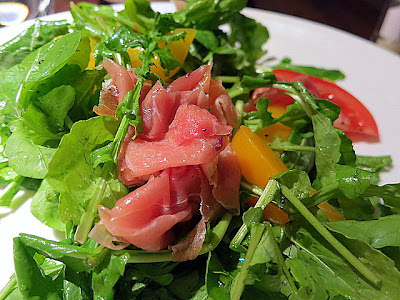 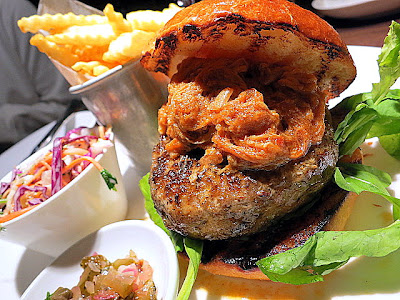 What's S.Wine's pork burger like? Sloppy & juicy, thanks to a Mexican-style pulled pork topping; it might not win the award for KL's best pork burger, but it should get nominated. No nitpicking possible about the plump patty & buttered brioche bun. 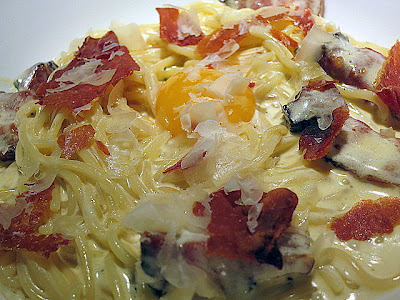 Geographical boundaries count for nothing at S.Wine. The menu features Italian favorites like this traditional preparation of spaghetti carbonara, replete with a raw-&-risky egg yolk, roughly torn prosciutto & pancetta chunks ... 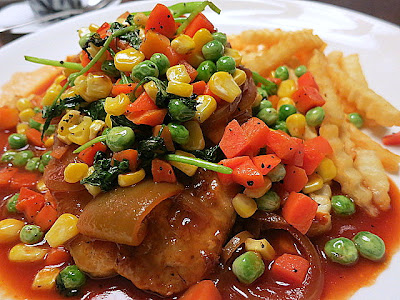 ... alongside mainstays of Malaysia's heritage: Hainanese pork chop flooded in tomato sauce & festooned with peas, corn, carrots & coriander. Would it be sacrilegious to say this is as satisfying as Yut Kee's Worcestershire-sauce version? OK, we won't say it _ but we'll imply it. 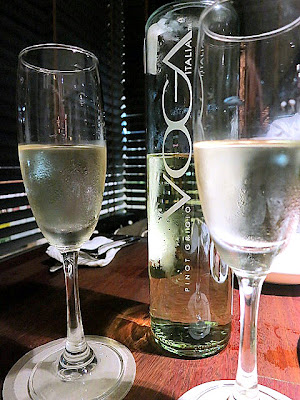 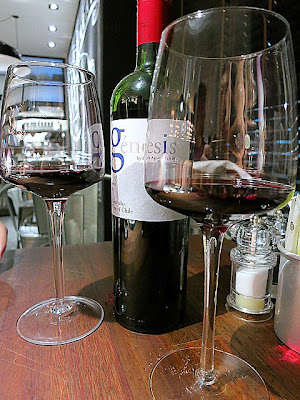 Wine bought at Ben's Independent Grocer can be consumed without a corkage charge here. 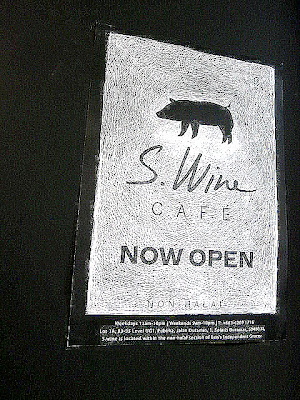 Follow the pig: these posters unveil the path to pleasures no longer forbidden. 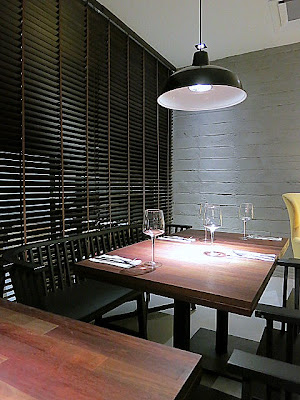 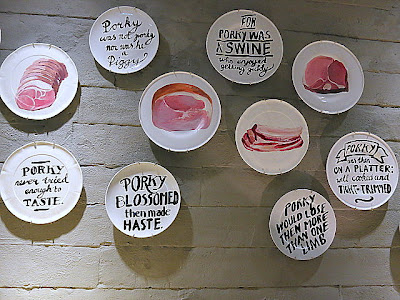 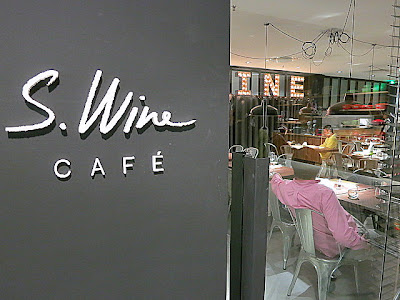