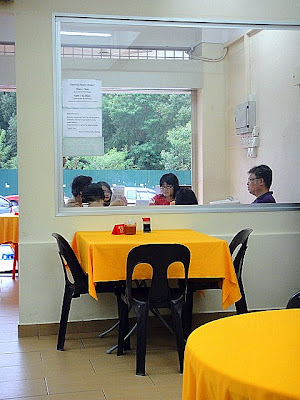 The venue: Puchong. The mission: To indulge in an all-out noodle-fest! 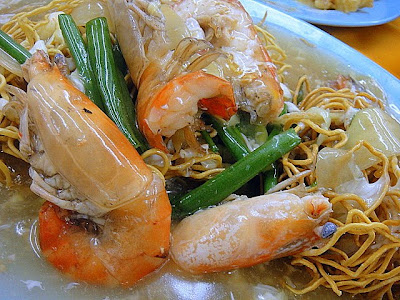 Sang har meen. Reasonably priced at 38 ringgit, but not the best in town. The freshwater prawns were the small variety, lacking the roe that that should have inundated the broth. Stick to Soo Kee for a more satisfying version. 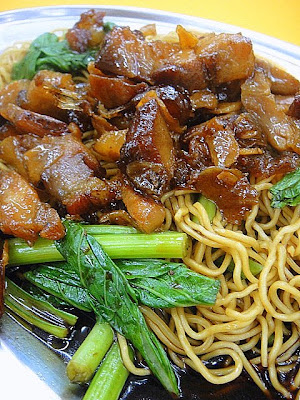 Pork belly noodles. Lotsa meat, but none of it was truly tender. More like meat that had been cooked early in the morning and left to dry for the next 12 hours. 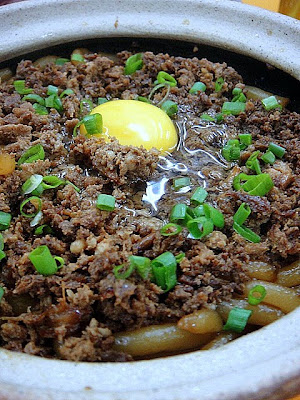 Loh shi fun. The signature dish here; not bad at all, but not as flavorful as we had expected. Maybe more minced pork and liver might have helped (or even an extra egg!). 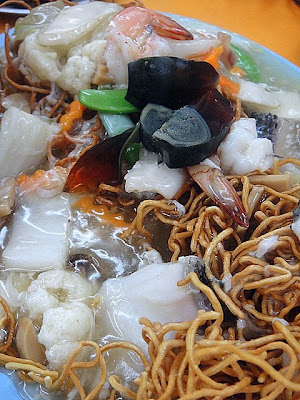 "Kong nam" noodles. Kinda like sang har meen, but substitute the freshwater prawns with assorted seafood and century eggs (which saved the day for this platter!). 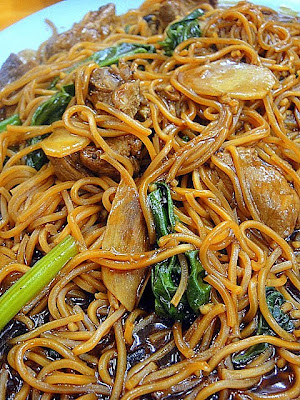 Yee mee with stewed pork ribs. A steal at 12 ringgit; the serving was hearty, with huge chunks of pork ribs, but taste-wise, it was lackluster. 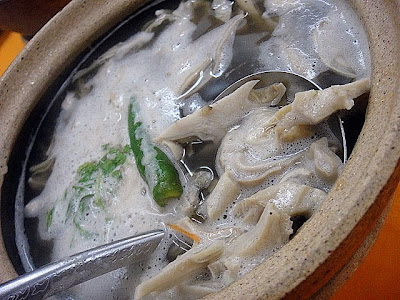 Pepper pig stomach soup. Lots of pepper! Too much, probably. You've been warned. 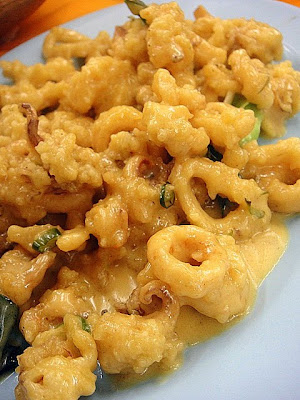 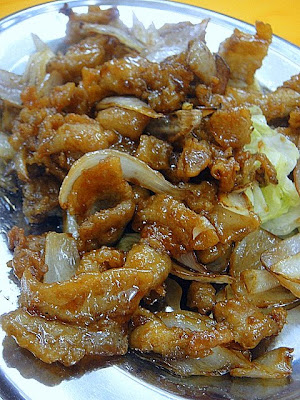 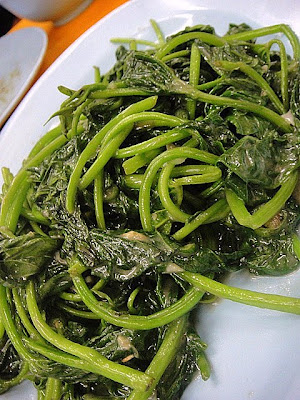 Potato leaves for the necessary serving of fiber. Tasted like they had been doused in booze (but that was simply the fermented bean curd working its magic).
Mama Kitchen,
Bandar Puteri Puchong.
Find us on Find us on