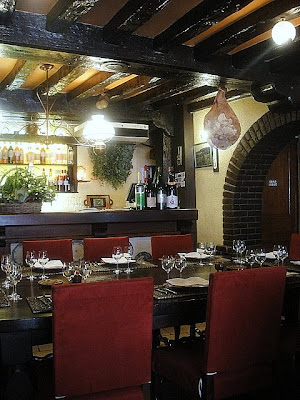 France, Part IX: We had one of our favorite Parisian meals at this tavern-like outlet, where the servings come in belt-busting proportions and the food is fork-lickin' good. 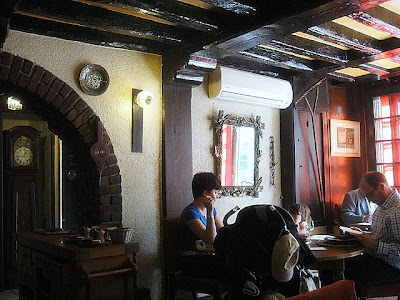 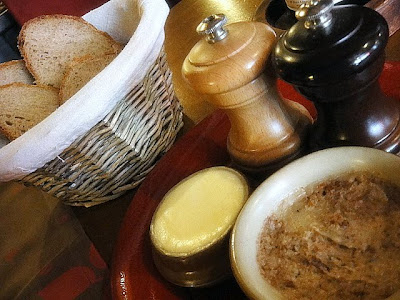 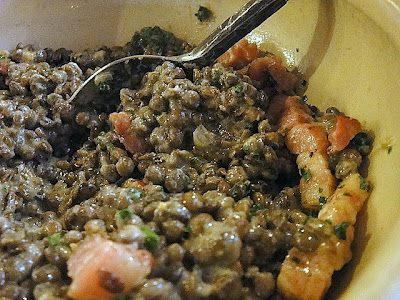 A gargantuan bowl of lentils with bacon. Deceptively simple, sumptuously rich; what made it magnificent was everything they put into this so-called "salad": goose & pork fat, shallots & mustard (for a pungent punch). 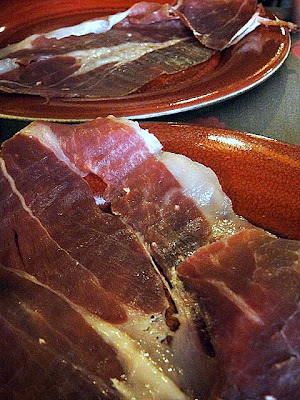 The ham from Auvergne was as satisfying as Iberico ham. No subdued flavors here. 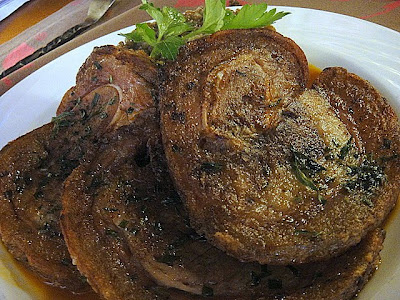 Not for the squeamish: sliced veal head & brain with tarragon. Greasy, cholesterol-laden fare, but shockingly addictive, thanks to its melt-in-the-mouth texture. 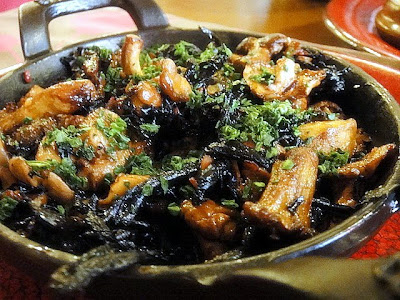 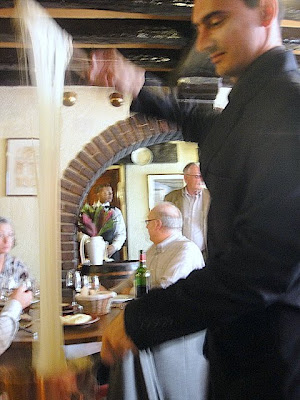 Most customers order the "aligot," a puree of potatoes, cheese & garlic blended and stretched at the table. Comfort food that goes beyond mashed potatoes _ smooth, thick and sticky. 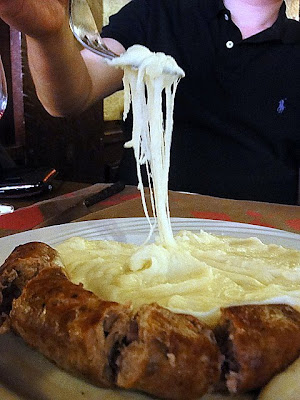 We fell into a carbohydrate coma after consuming this, but it was worth it. Served with a meaty country sausage that was slightly too coarse for our liking. 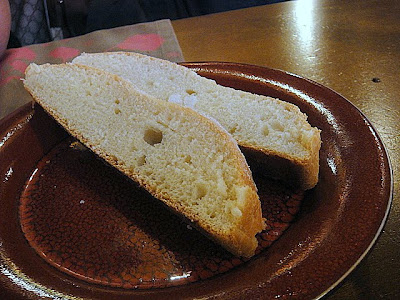 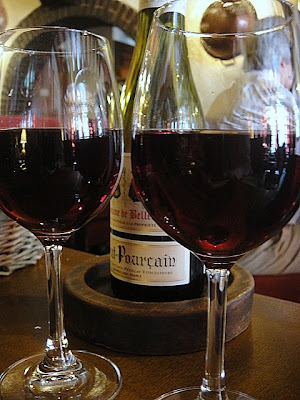 Saint Pourcain (2008).
And with that, we wrap up our French series. Au revoir, Paree! 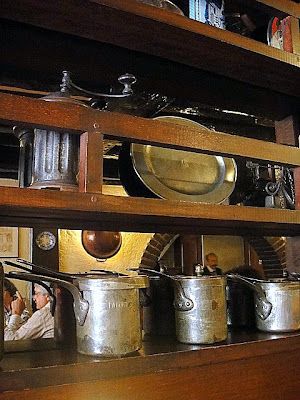 L'Ambassade d'Auvergne,
Paris.
Find us on Find us on