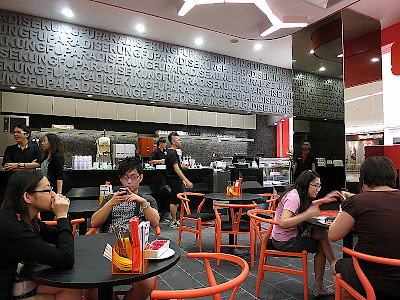 Calling itself "the cafe with a kick," Kungfu Paradise is one of Paradigm Mall's main magnets for youngsters seeking a casual meal that costs below RM20. 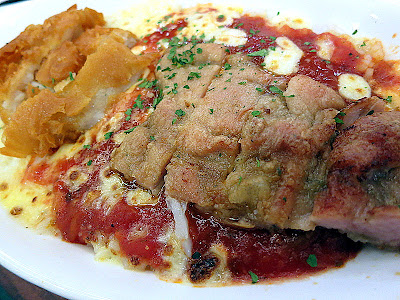 Comfort food that's as guilty as it gets: hot mozzarella-baked rice (about RM18, including taxes), topped with crisply juicy chicken chop and fish fillet with tomato and cream sauces. Note: this is also available at Kungfu Bake Rice at Suria KLCC's Signature Food Court. 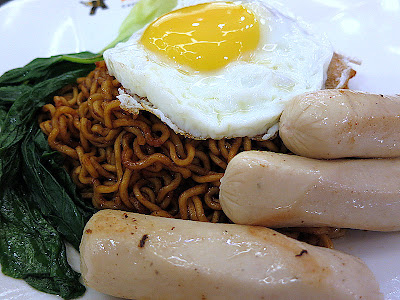 Korean curly ramen with egg and chicken sausages (about RM12). Not exactly low-sodium, but that's precisely what some customers might enjoy about this. 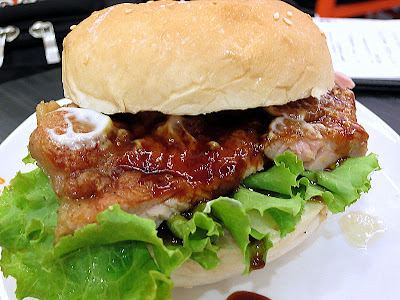 Kungfu Paradise is the no-pork sister outlet of Paradise Dynasty and Paradise Inn, all from Singapore; unlike its siblings, it dabbles in Western-inspired fare such as this "Kungfu Bumger" _ a sandwich of chicken thigh with kung pao sauce (about RM8). 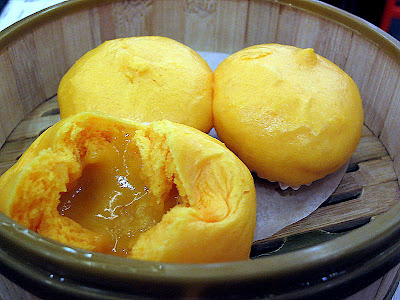 Salted egg custard buns (about RM10). There are better versions elsewhere with creamier, less artificial-tasting fillings, but they're probably pricier. 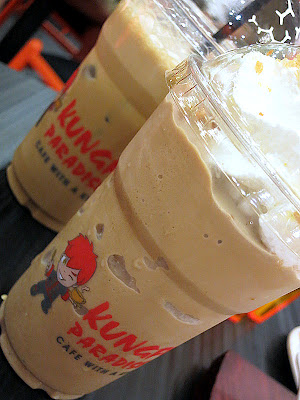 Kungfu Disciple Frappe, creatively blended with both peanuts and pineapple (!!!), alongside Kungfu Stylo Coffee, made with Arabica and Robusta beans. 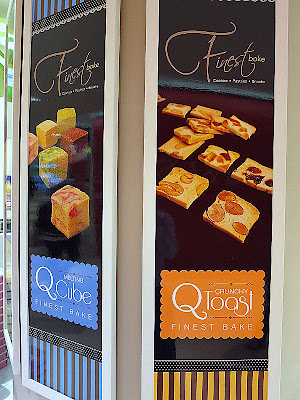 Also worth checking out at this mall: a kiosk by cookie-maker Finest Bake. 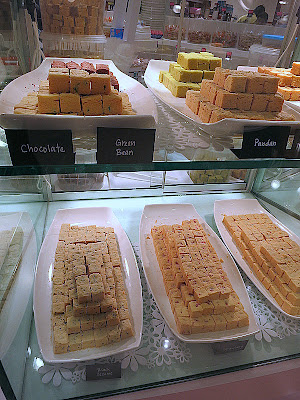 Choices include cube-like pastries laced with everything from green tea to black tea ... 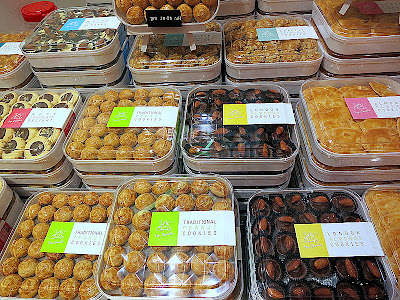 ... as well as boxes of traditional cookies _ the perfect present for a mother-in-law. 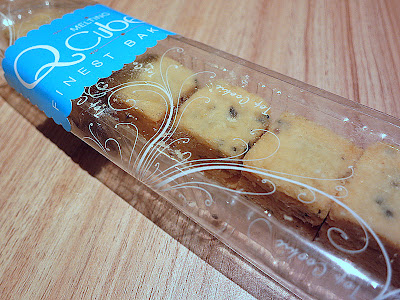 The pastries we tried tasted reminiscent of pineapple tarts. Not bad at all. 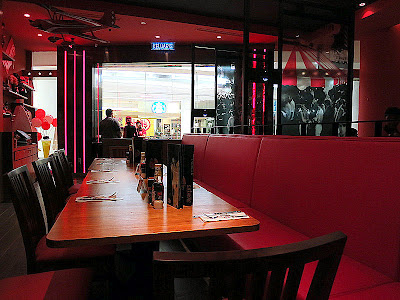 As mentioned before, Paradigm Mall has barely a handful of booze-serving outlets ... 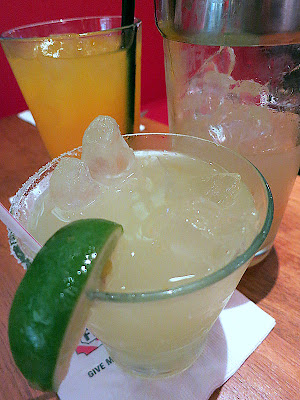 ... so thank God for TGI Friday's margaritas, even though they're too sweet.