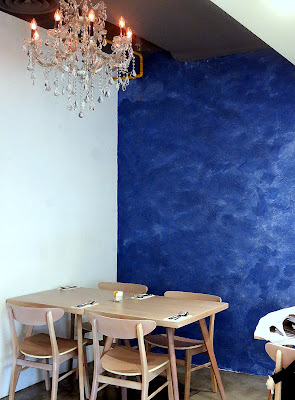 Hark! The hungry angels sing, "Glory to the new cafe!" 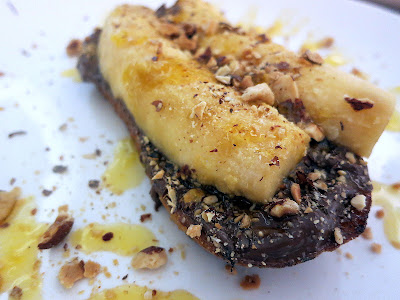 After more than a decade of widening the waistlines of cake addicts across the Klang Valley, Just Heavenly now has its own full-fledged eatery, serving cool salads and hot snacks. If there's true justice in the gastronomic world, a thousand slices of this cinnamon-toasted sourdough, topped richly with ripe bananas, nutella, hazelnuts and an orange reduction, will be ordered and enjoyed before 2012 is over. 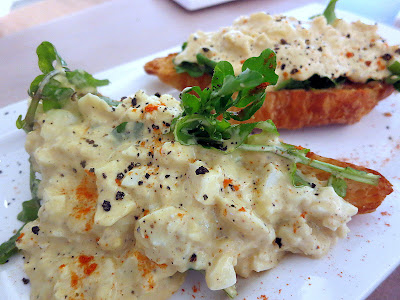 Heavenly gives deviled eggs their due, partnering them with watercress in this super-sandwich. Culinary comfort can't get creamier than buttered croissants spilling over with mayo egg salad, gently spiced with mustard, cayenne and paprika. 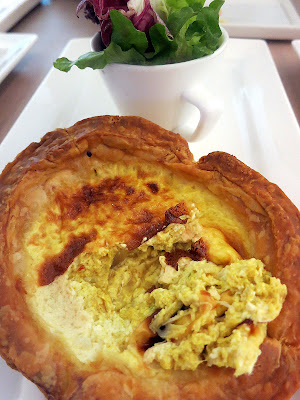 Crab-and-egg tart, flavored with kaffir lime leaves and lemongrass. The filling seems mushier than expected, but that complaint's a matter of personal preference. 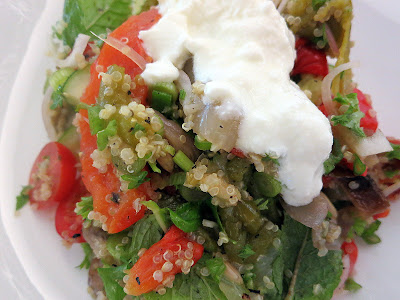 Heavenly has a well-earned reputation as a bane for weight-watchers, but they won't need to run like hell from this cafe, thanks to offerings like a tangy organic quinoa tabouleh, tossed with roasted Mediterranean veggies, red onions and Greek yogurt. 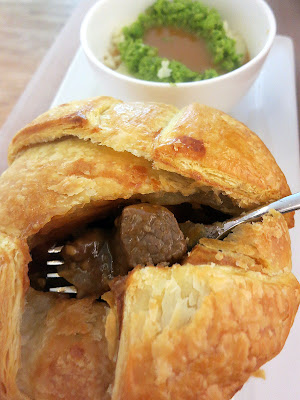 :Let them eat pie! Patrons will be pleased that Heavenly's prices are righteous: this pastry-crusted Wagyu beef stew, complemented by a mash of potatoes, peas and gravy, is the menu's costliest item, but it still falls short of RM30 even after taxes. 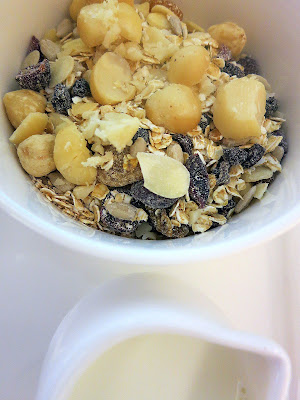 Dieting saints will discover an all-day-breakfast menu here that won't deliver them into temptation. 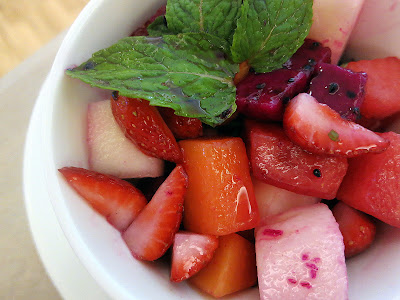 From macadamia muesli with cranberries and raisins to fruit-filled bowls of red dragon fruit, papaya, honeydew, strawberries and watermelon, there's enough vitamins, antioxidants and fiber in these recipes to counter the countless calories of the cakes (they're coming!). 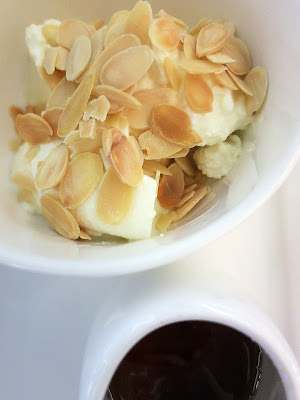 Greek yogurt with honey and toasted almonds. At RM7++, the cheapest order here. In the end, Heavenly encourages some sinning. All of Allan and Nigel's signature cakes are present, from Death by Chocolate to Choking on Choc & Cheese and Punishment by Peach (OK, OK, we made the last two names up). 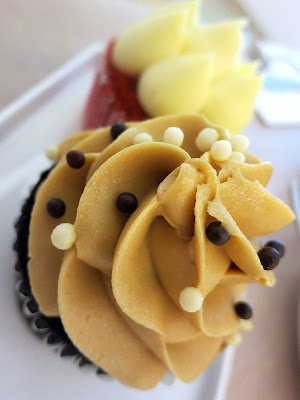 The road to Heavenly is paved with peanut butter and red velvet cupcakes, ensuring our teeth will be less than pearly-white by the time we reach the Pearly Gates. 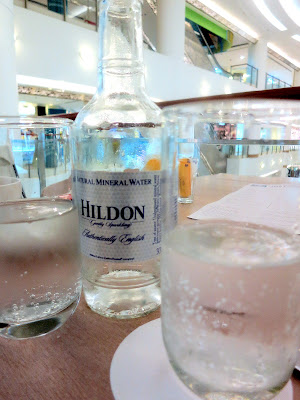 Coffee, tea and sparkling water, all very virtuous; Heavenly is promising to change some of the water on its menu into wine eventually. 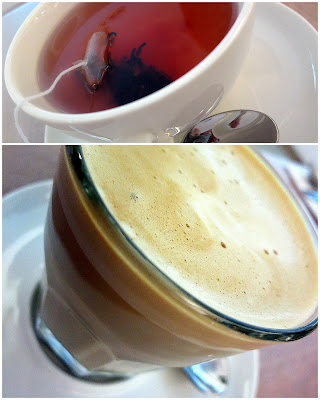 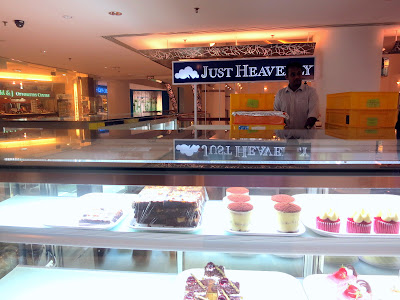 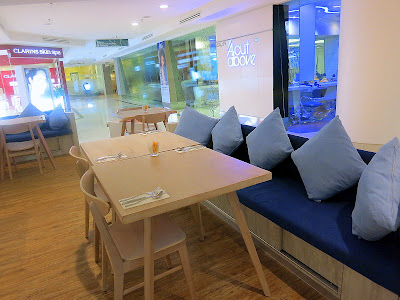