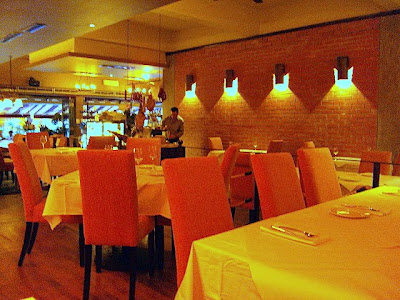 El Meson, supposedly Spanish for The Tavern, is a breath of fresh air at Telawi, offering non-halal tapas and other European specialties. It's like a cross between El Cerdo and La Bodega. 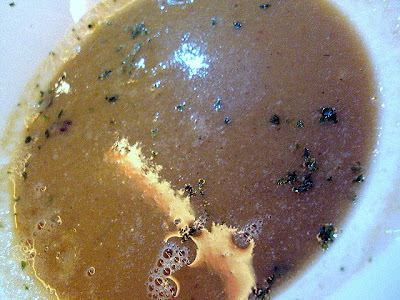 The Andalusian bean soup with pancetta is a thick, hearty starter, with lotsa kidney beans and cured pork belly at the base of the bowl. 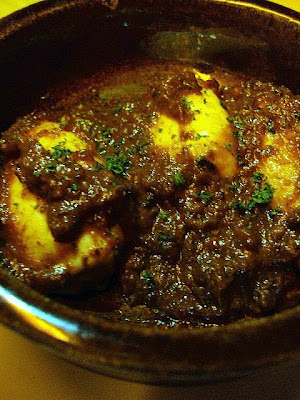 Calamares Rellenos (squid stuffed with minced meat sauce). An interesting change from the typical squid recipes. Imagine fresh, not-too-chewy squid immersed in a gravy that looked like rendang but tasted like a rich bolognaise. 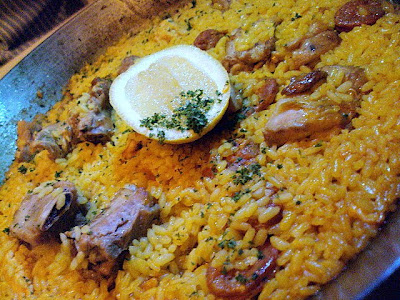 Paella with pork, chicken and chorizo. We weren't impressed with this initially, since it tasted somewhat Oriental and lacked the aroma of saffron. But it was still well-prepared _ a far cry from the mushy paella at many other outlets. 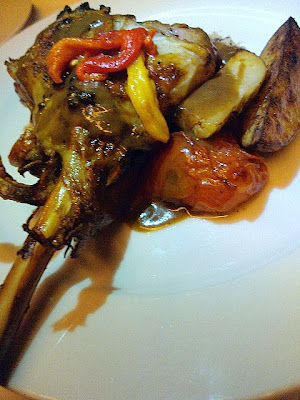 Confit of milk-fed suckling lamb leg with couscous and roast potatoes. Our favourite for the evening. The lamb tasted almost like fowl, with a fall-off-the-bone texture that made every bite a delight. Rather steeply priced at RM128, but it can easily be shared by two. 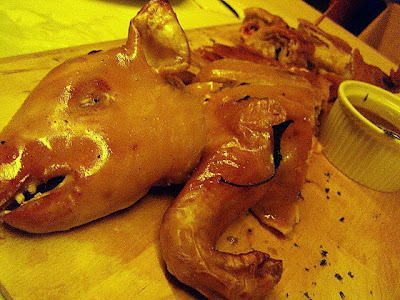 The size of the roast suckling pig was also kinda daunting, but the crisp skin and succulent, flavoursome flesh made it pretty addictive. Definitely as good as El Cerdo's, even though the "breaking the plate" ceremony isn't practiced here. 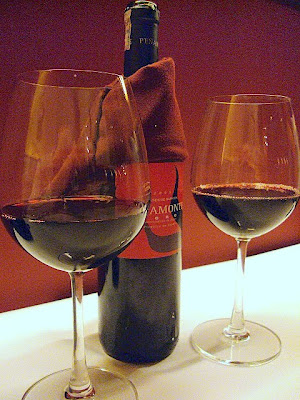 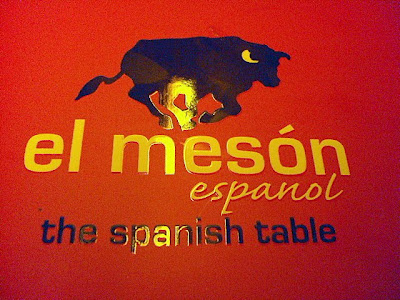 El Meson,
Jalan Telawi 3, Bangsar Baru.
Find us on Find us on